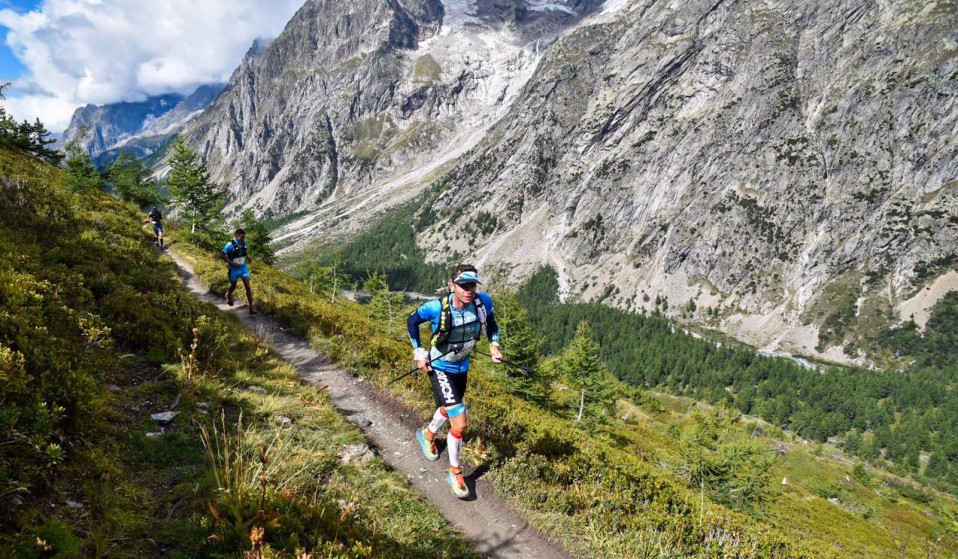 You may not have heard of Ludovic Pommeret, but he is the Usain Bolt, the Lionel Messi, the Lebron James of Ultra-Trail running. This is the story of his seemingly impossible comeback.

You may not have heard of Ludovic Pommeret, but he is the Usain Bolt, the Lionel Messi, the Lebron James, of Ultra-Trail running. The story of his seemingly impossible comeback is part two in our Huck x Hoka One One series, looking at mavericks who found a new perspective through running.

Imagine entering a race that will require you to run all day and night — and that’s only if you’re exceptional. It will take even longer than a day if you’re not. Imagine running across the Alps, Europe’s highest and most punishing mountain range, in a race that stretches longer than four marathons.

Now picture puking your guts out by the side of a trail less than a third of the way into the race, looking so pale and broken that – as they pass you – all your friends and fellow competitors will think you’re about to drop out and seek urgent medical attention. But you don’t. Somehow you don’t.

The next time they notice you, you’re standing at the very top of the podium. 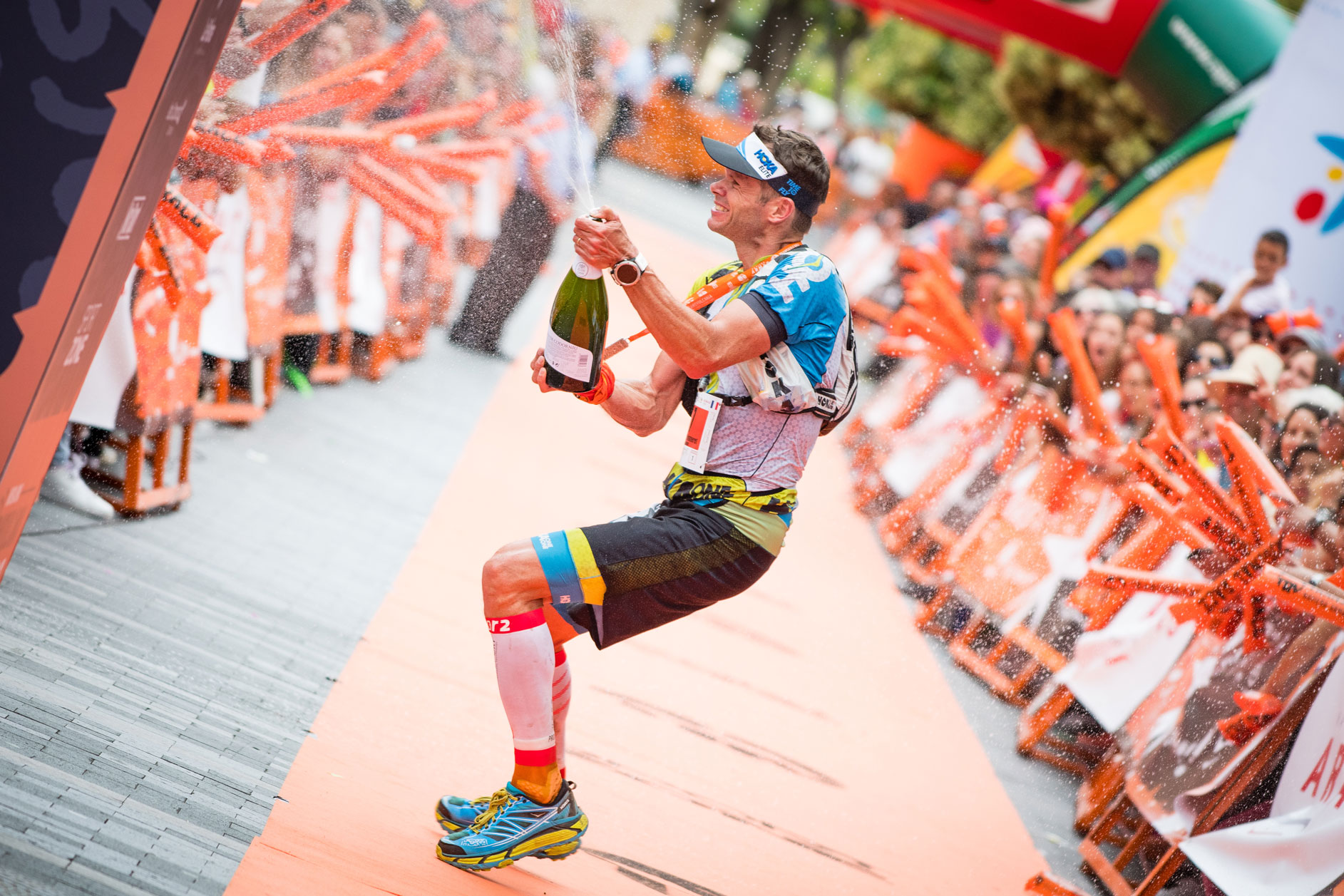 Growing up in the French Alps, Ludo Pommeret was unsurprisingly drawn to winter sports. He loved skiing and snowboarding. And windsurfing in the summer. He loved sports with stoke and adrenaline; running seemed achingly dull in comparison. “When I was younger, I thought it was not very interesting to run,” he says. “I thought runners were boring.”

Ludo was really good at snowboarding, especially big mountain freeriding and soon found he was picking up sponsors and doing shoots for brands. But as the stakes got higher, his interest in the inherent dangers of riding in the backcountry began to wane.

“When you reach a certain level, the descents start to be quite dangerous,” he says. “And you are jumping more and more, from higher and higher points… When I got older I started to think more about the danger. It became different.”

Ludo was hungry for a new challenge. A less risky way to feel the same buzz he’d got from charging down mountains. He certainly didn’t expect it to come from running, but when his brother-in-law suggested he enter a small race close to his village, he decided to give it a go.

“It was good. My brother-in-law and a few friends entered. They all did athletics and cross-country regularly, but I finished in front of them, so they were surprised,” he laughs. “I was too.”

At the beginning, he didn’t think running was something he could be good at. “I entered another race. This one started in my village so I thought, ‘Why not?’ It was a very long race — 106 km in total, with lots of elevation — though you could do it as a walker. But it was too difficult, the doctors stopped me after 60km, as my blood pressure was too low.”

Did he not want to steer clear of long races after that? “No, I thought maybe I just have to prepare for such a race. But the next year, I couldn’t finish either.” Then in 2003, that race stopped and the Ultra Trail Du Mont Blanc, or UTMB, began. It’s since become a world-famous event, often cited as the “Tour de France” of trail running. Ludo entered in 2004 but dropped out again, this time scuppered by tendonitis.

“Then I stopped long races. I decided to start doing smaller ones, to build up slowly.” It worked. Ludo was no longer getting injured and he started winning races. “That was the beginning of my running,” he says. 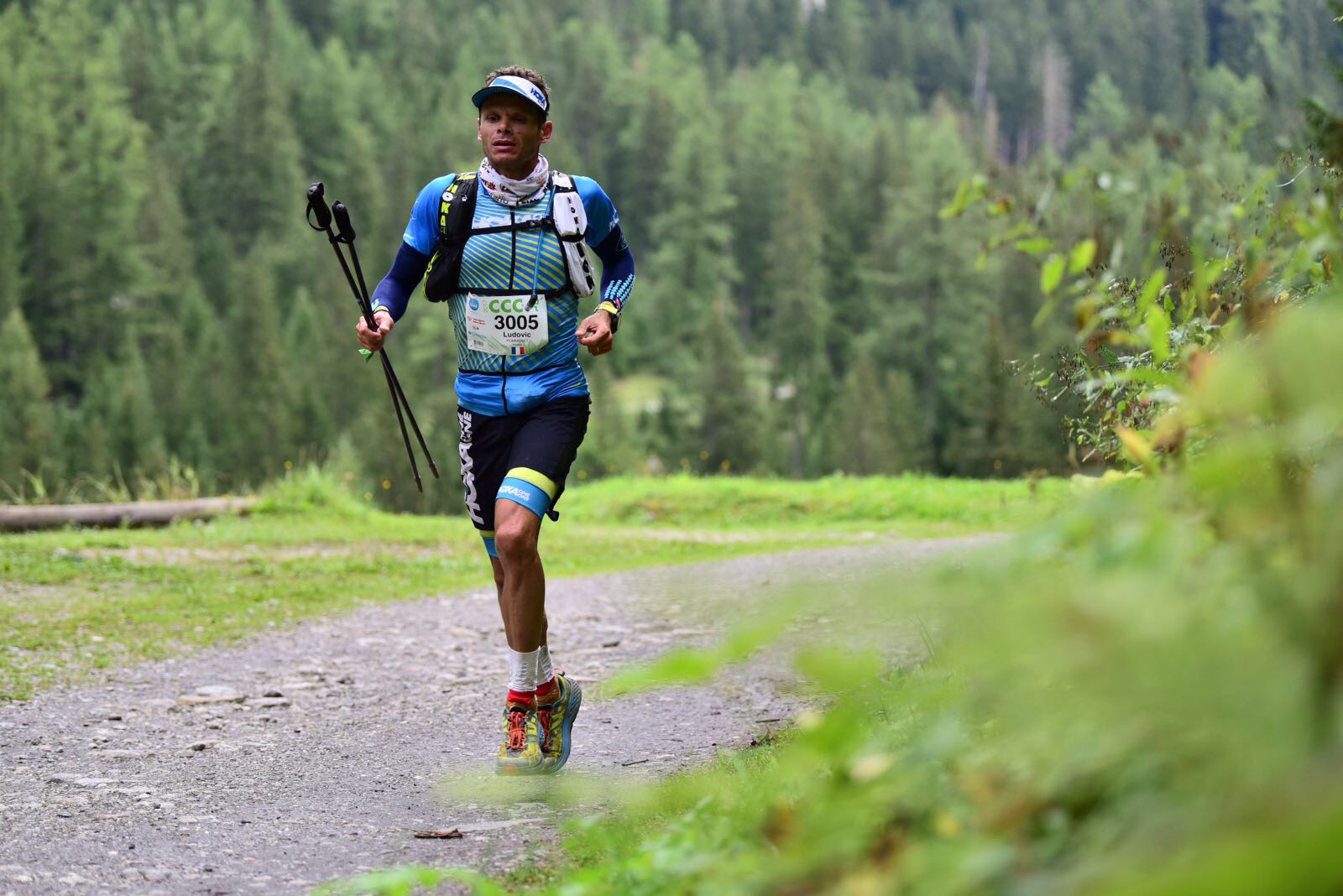 To his surprise, he started to experience that same passion and thrill that he used to get from snowsports once more but this time he was getting it from bombing down a mountain in his running shoes without a board or set of skis in sight. He loved the gradual anticipation of the climbs and running as fast as he could down the rugged and technical rocky terrain on the other side.

He now wins the races he once couldn’t finish, including last year’s UTMB, where he staged a never-seen-before, epic comeback, going from 50th to finishing 1st. It was this race, which had left him vomiting by the side of the trail seemingly stripped of hope. Yet with seemingly indefatigable spirit, he kept running, through intense summer heat, violent thunderstorms and disorientating darkness, to the most unlikely of victories.

How did Ludo keep going and maintain any semblance of morale when his chances of winning seemed so remote? “These races are so long and so much can happen. You just need to be there at the end and see.”

Read more Huck x HOKA ONE ONE stories here. If you run, or are thinking about making running part of your life, you can learn more about the innovative Mafate Speed 2 trainers Ludo wears at hokaoneone.com

Linkedin
RELATED ARTICLES
OTHER ARTICLES
In the latest instalment of Photographers in Conversation, the chronicler of raves, protests and beyond explains why he’s drawn to such specifically visceral environments.
Freddie Miller’s new series of photographs investigates who today’s trainspotters are and what drives their unfettered enthusiasm.
Photographer Matthew Brookes recalls following a group of young people in Venice Beach living in search of the perfect wave.
With inflation now at a 40-year-high of 9 per cent, demonstrations organised by TUC took place to demand action from the government.
Proposals to introduce a minimum GCSE threshold for student loans will disproportionately affect those from marginalised backgrounds.
Finland-born photographer Sirkka-Liisa Konttinen looks back on her decades-long documentation of life in Northern England.