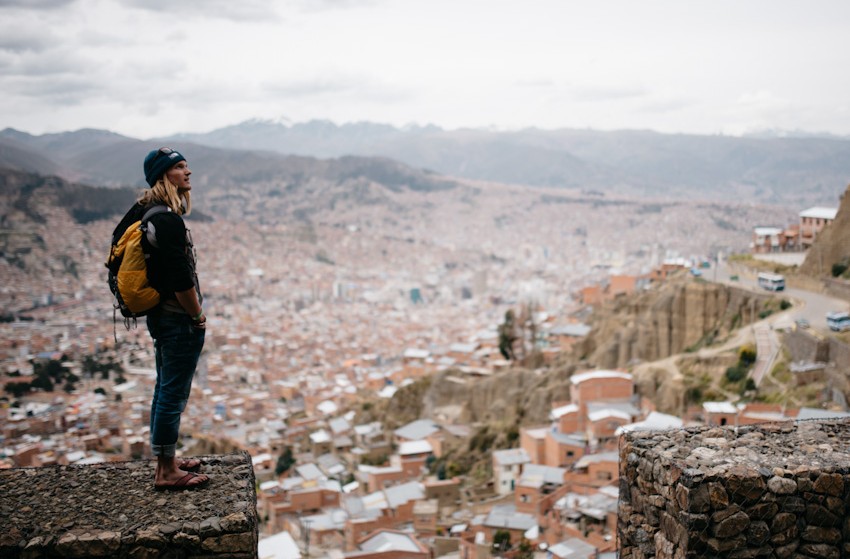 Kiwi skier Sam Smoothy’s late discovery that his father had been a prolific mountain climber sparked a journey of discovery which lead to some of South America’s most spectacular mountain ranges.

Kiwi skier Sam Smoothy’s late discovery that his father had been a prolific mountain climber sparked a journey of discovery which lead to some of South America’s most spectacular mountain ranges.

“I guess I always knew something of my father’s trips to Bolivia, he would bring us the softest beanies made from alpaca wool, and there was this huge Andean rug in my family home,” explains skier Sam Smoothy. “But Ron [his father] hasn’t always been a big talker, he is quite a gruff type of dad, so you have to draw the stories out of him.”

New Zealander Sam Smoothy is one of the top freeride skiers in the world, regularly challenging for the No. 1 spot at the Freeride World Tour. After years of travelling to compete in some of the gnarliest mountain ranges in the world, he learned that his father Ron was also a prolific mountain man. 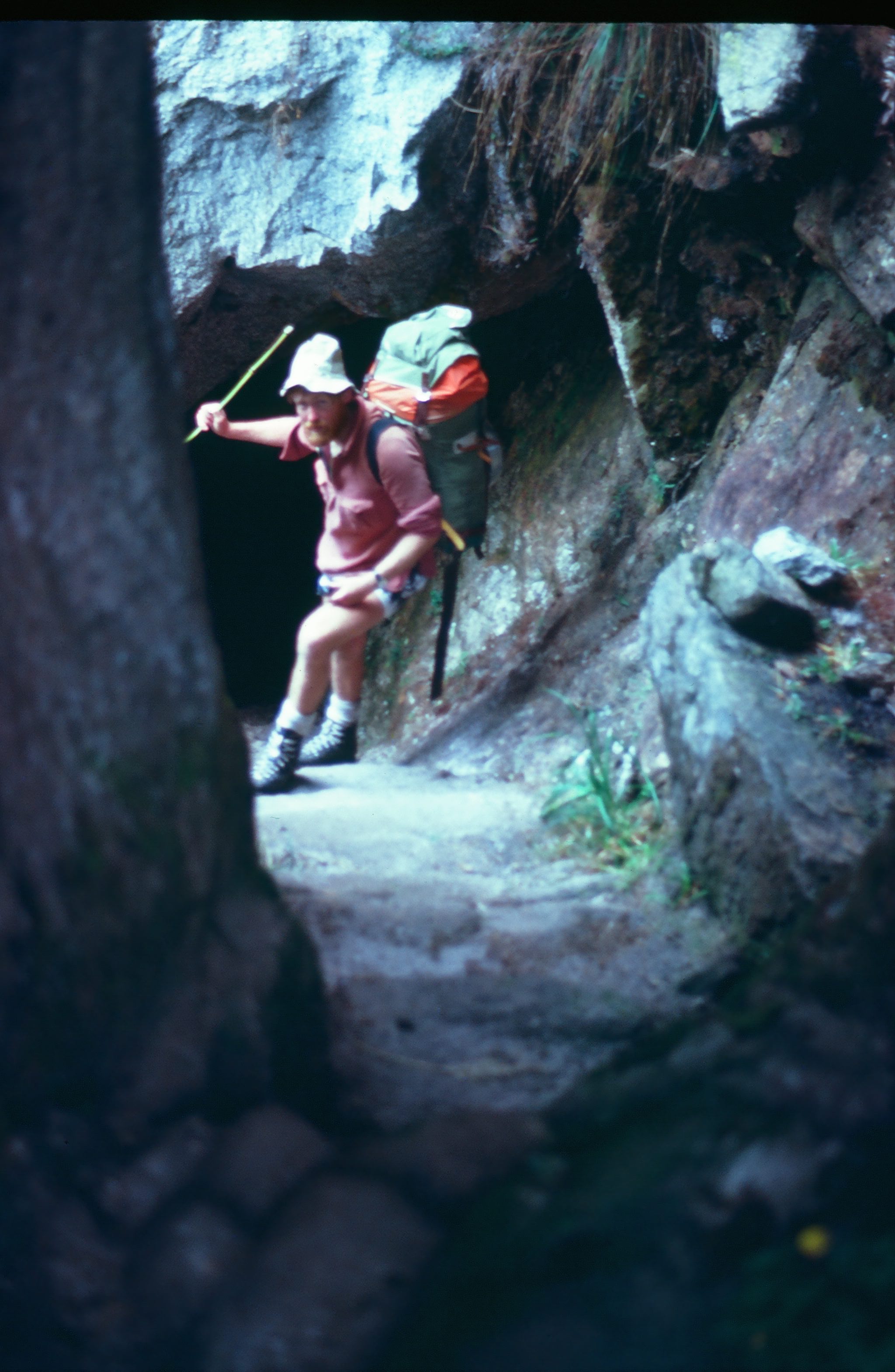 Like many fathers, Smoothy Sr. kept much of his life to himself – and for decades he was a partial enigma to his son. But when Sam pressed further, he learned his dad had an impressive record as a mountain climber, having made a number of first ascents in the Bolivian Andes – and this got Sam thinking about a journey to retrace his footsteps, which became Lost Gringos.

“A big reason Ron was drawn to the Andes was the exotic location coupled with an ancient culture situated in big, beautiful mountains,” Sam explains. “He travelled quite widely, through India and Afghanistan, for instance, so there must be that attraction of the unknown as well.” 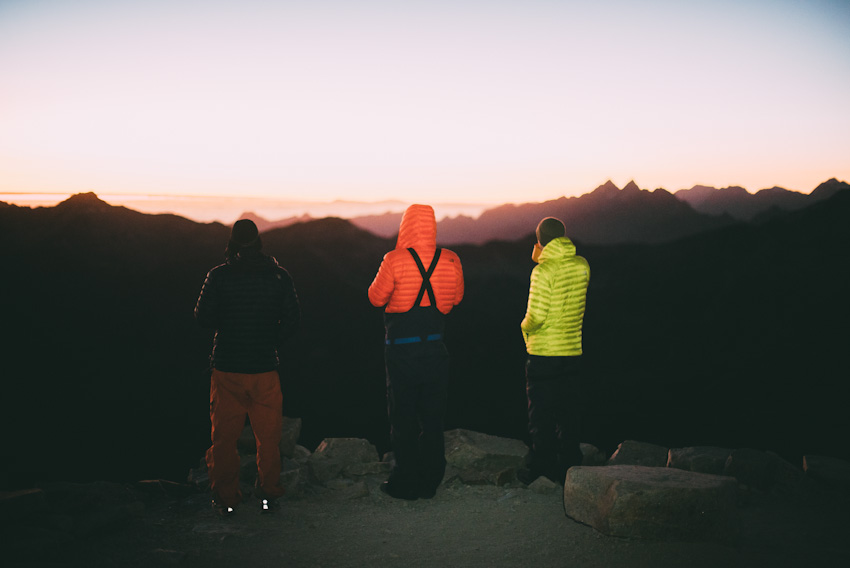 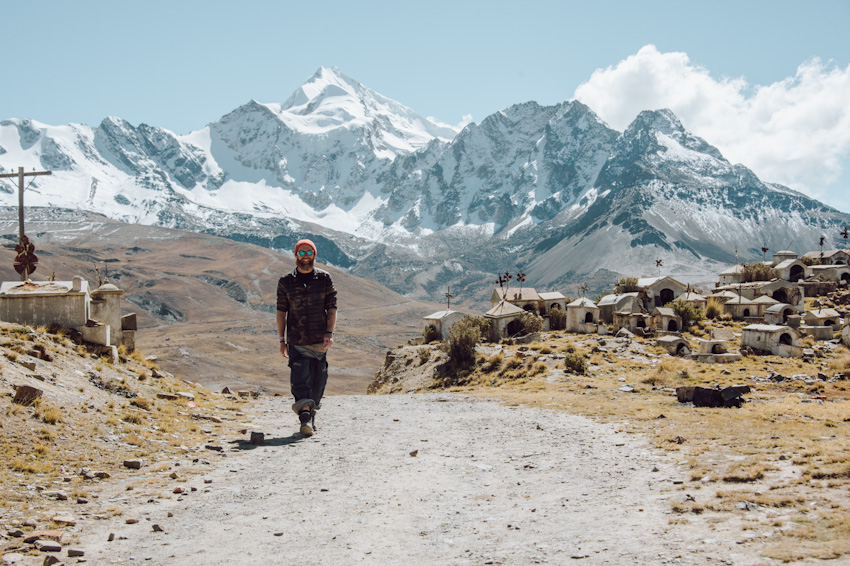 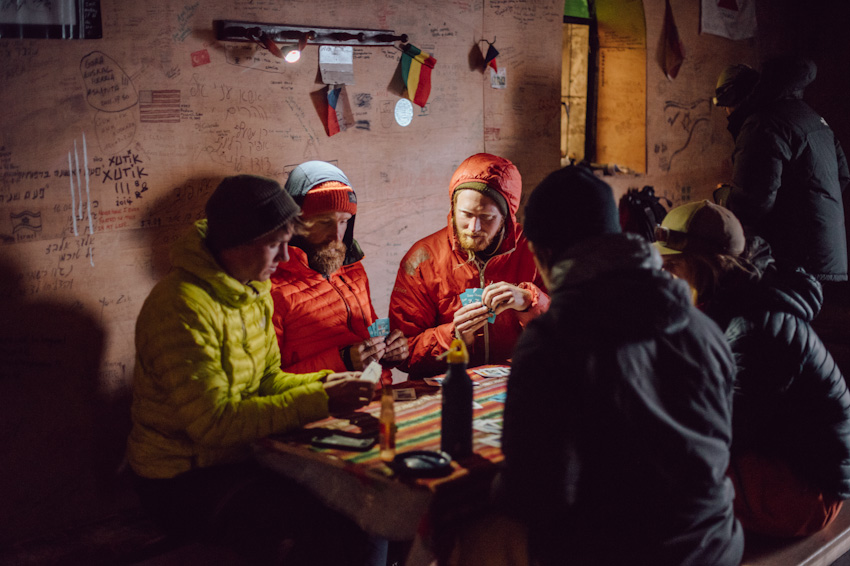 Like his father years earlier, Sam quickly became fascinated with the Andes. “I love the complex history of the area, that vibrancy of the local culture,” he explains. “Then there was that unknown of skiing at altitude and the whole scene was totally unlike anywhere I had ever been.”

Together with fellow team riders at The North Face, Johnny Collinson from the USA and Fraser Mcdougall from New Zealand, Sam climbed and skied Pequeño Alpamayo and Huayna Potosí, making potential first ski descents on the west face of Aguja Negra and the southeast face of Ala D. Sur in the Condoriri area of the Cordillera. 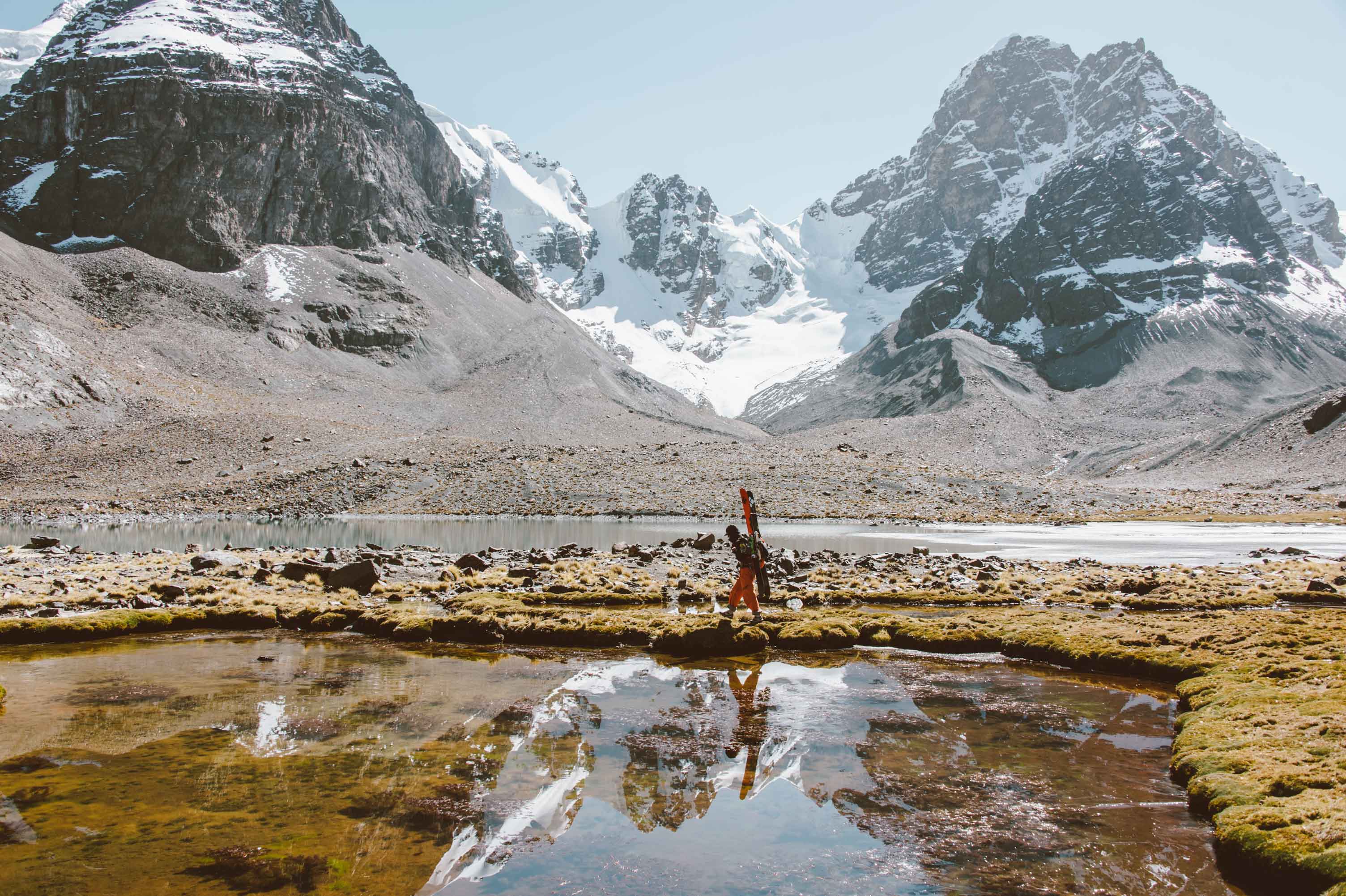 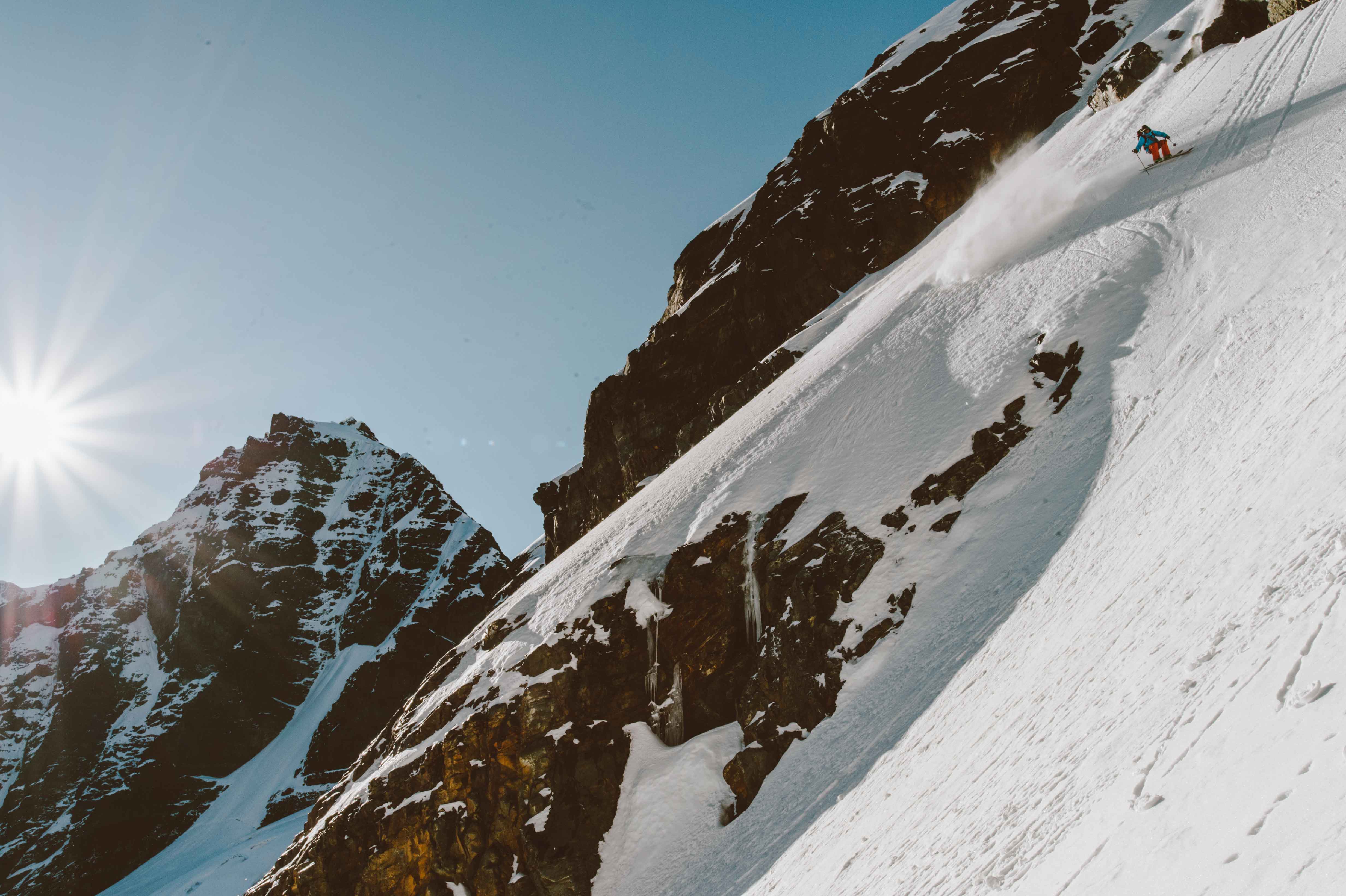 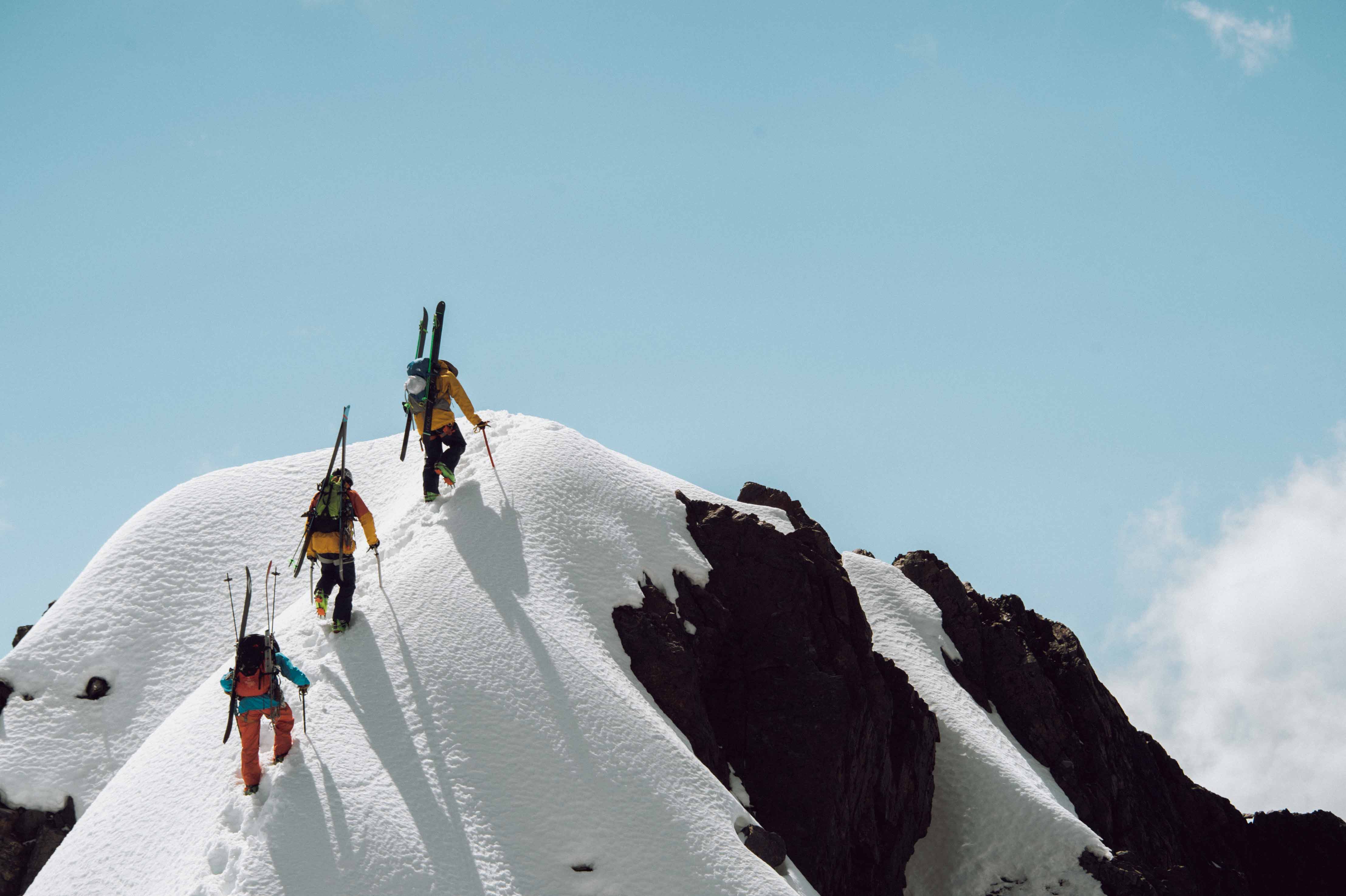 “First descents are a funny one, as far as I know there isn’t really a comprehensive list so I think saying you are the first to ski something in this widely travelled globe is a pretty bold statement,” Sam explains. “I do like the idea of being the the first to ski something and I think we may have done that on a couple of lines in Bolivia. But on this trip it wasn’t the motivation, it was much more about immersing ourselves in a foreign location and taking it all in.”

The altitude proved an enormous challenge. “I came in knowing I was going to suck, my preparation of sitting around waiting for weather windows for competitions and filming isn’t exactly ideal for climbing and skiing at 6000m,” Sam explains. “But I’m pretty stubborn and just gritted it out. The wildly lurid dreams made the nights pretty entertaining too.” 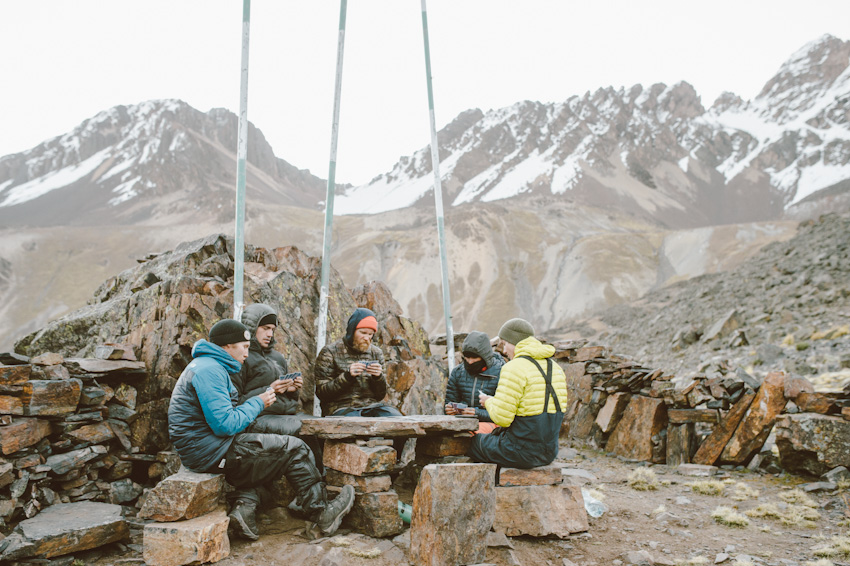 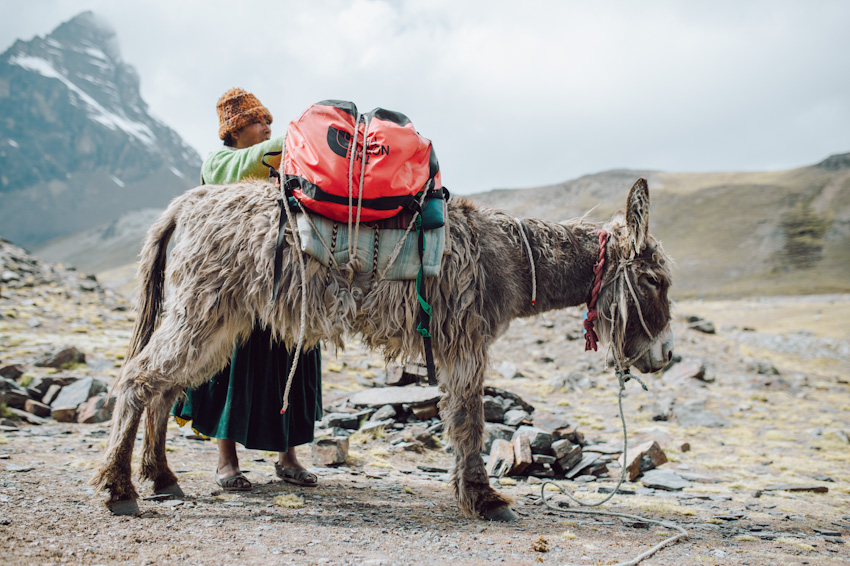 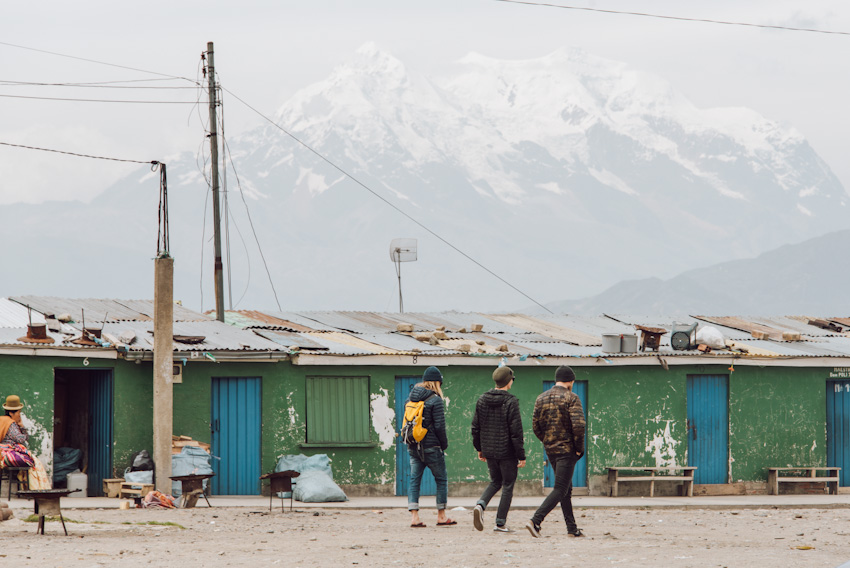 For Sam, at the heart of the trip was a desire to get closer to his father and explore his history in Bolivia. So, what did the journey teach him about Smoothy Sr? “A big one for me was almost more how similar we have become – well, how similar I have become to him in some regards, although we’re still very different men,” Sam explains. “Ron seems to regard the mountains as a haven from the whirling world around him: where life is simpler and easier to enjoy with those you actually chose to spend quality time with.”

Like many father-son relationships, it took getting out into the wild to reach a level of understanding they’d always struggled to achieve in normal family life. “It’s a common ground, a place where you can trade war stories, compare trips and laugh over mistakes you’ve both made,” Sam explains. “I feel that these trips teach you what’s truly important in life and make you realise how trivial those classic father versus teenage son battles were. When you’re both wanderers of the mountains, you’ve moved past just father and son.”

Find out more about the Lost Gringos trip over at The North Face.

Linkedin
RELATED ARTICLES
OTHER ARTICLES
Photographer Matthew Brookes recalls following a group of young people in Venice Beach living in search of the perfect wave.
Thomas Hoepker‘s images taken during a road trip across America provide a searing social commentary about a divided country.
For decades, an area of East London has served as a community hub for Vietnamese people looking for a taste of home.
Photographer David Hoffman recalls documenting the extreme wealth inequality around Tower Hamlets and Hackney int the 1980s.
50 years since its inception, and the campaign calling for recognition that capitalism depends on domestic labour is as pertinent as ever.
The last few years have seen an increase in LGBTQ-led initiatives to feed the hungry, with many finding ways to stay afloat despite the challenges.