Outdoor / Snow / Snowboarder Benny Urban on fear, freedom and taking to the streets 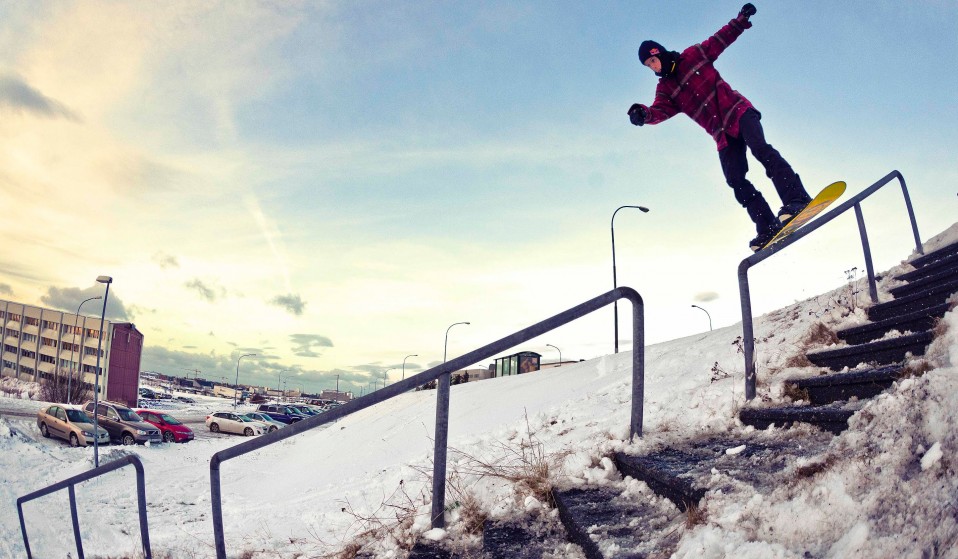 There's an attitude that skate, snow and bad-ass photography all have in common – and Benny Urban personifies it. We caught up with the German rider to find out what makes him tick.

There's an attitude that skate, snow and bad-ass photography all have in common – and Benny Urban personifies it. We caught up with the German rider to find out what makes him tick.

Benny Urban was six-years-old when he first began to suspect that snowboarding was the coolest thing in the world. Later that year, when his dad took him on a trip to Austria over Christmas, the hunch was confirmed.

“The rental board quickly became my present under the tree,” he recalls, chuckling. “Since then, that was it!”

Twenty years later, the German counts himself as one of the most respected young riders in Europe, just as accomplished on the streets as he is on the slopes.

Upon signing with Vans in 2016, Snow Team Manager Bruno Rivoire referred to him as the “absolute embodiment of the Vans vision of modern snowboarding”.

Having joined the ranks of Will Smith, Sami Luthane, Kalle Ohlson and Aimee Fuller as a rep for the brand, you can catch him today as one of the faces of their new Fall ’17 All Weather MTE Footwear and Apparel Collection.

Built to withstand harsh weather conditions season after season, it’s a natural fit for the rider who’s built a reputation for his razor-sharp, unflappable style. 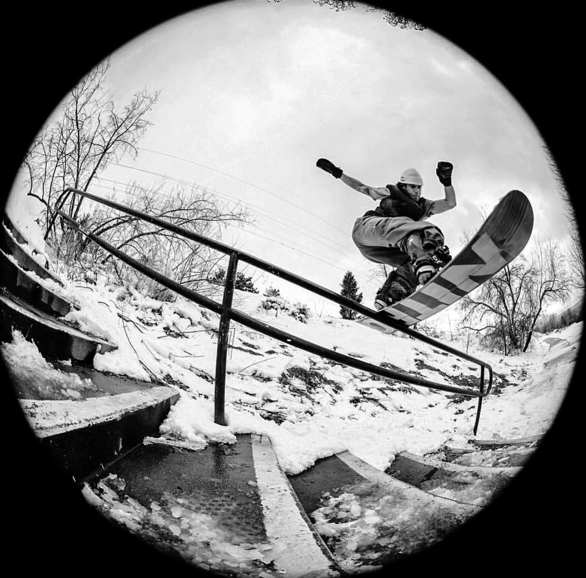 You focus more on video parts than competitions. What is it about filming that appeals to you?
I like filming because you can be so much more creative than just riding the same course or park as 100 other people. You can pick your spot, your trick, your music – [there is] just so much more about filming a video part. Also, the approach of being out there with your friends is more organic to me than trying to be better than someone else.

When you were starting out, which riders inspired you the most – and why?
When I was first starting to get into videos, I really liked Neoproto films, People films and Robot Food – as well as David Benedek because he’s German and was on top at that time. JP Walker too because he has it all. Then later on, guys that I still admire (are) Louif Paradis, Jed Anderson, Kuzyk, Bryan Fox, Keegan Valaika. Too many to name.

You’re an accomplished skater. Do you find that it aids your snowboarding, particularly when it comes to street riding, and vice-versa?
Thank you. It for sure doesn’t hurt if you skate a lot, I think. There is definitely very similar movements going on. Also, the fact that you have to overcome fears to try something new I think is good for the mental game. So I’m pretty sure either one is good for the other. 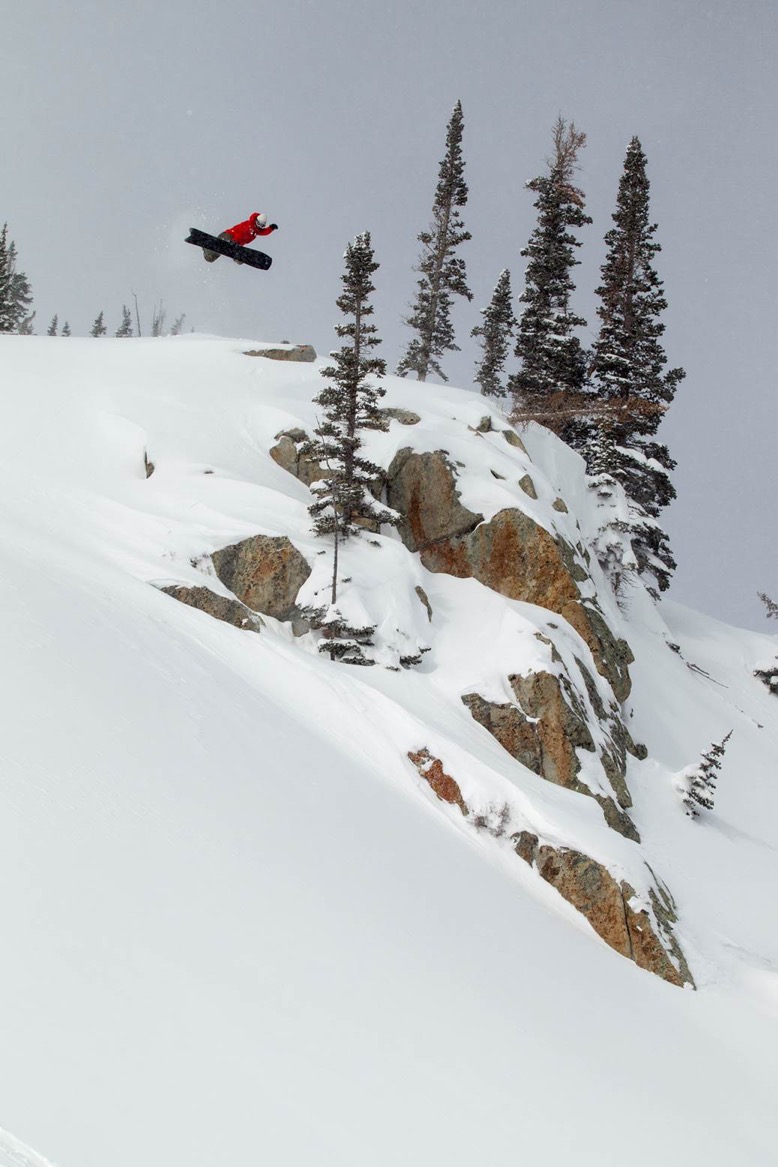 What are your thoughts on the current German scene?
I had stages where I thought it was kinda dying off but now, especially through the summer, I’ve been seeing a lot of rad kids ripping the indoors around Germany – I think it’s all in the parks. We need to provide easy and affordable opportunities for people to go ride throughout the year!

Where’s your favourite place to board?
Brighton Resort – and [wherever else] there’s good snow and fun transitions. 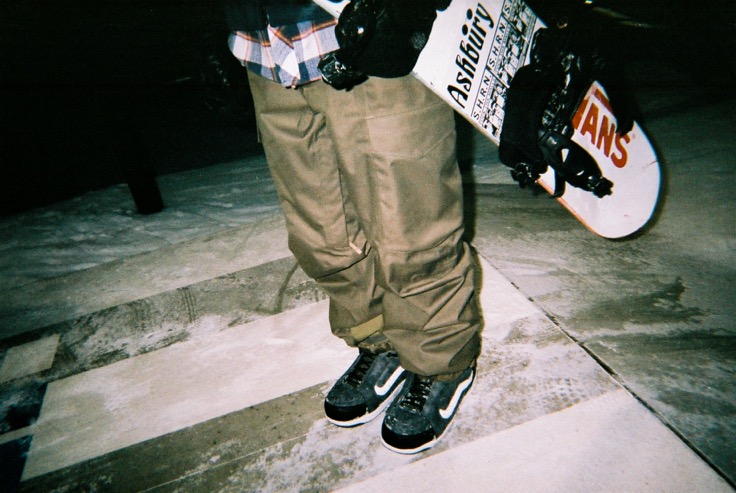 Your Instagram and Tumblr pages are full of some amazing images. Is photography something that has always interested you?
Yes, for sure. I love it. It’s something I grew up with – looking at skate and snowboarding photos for so long, thinking about the moment and how they were shot. Especially as a rider, being on the other side of the lens all the time, you’re trying to work on a good photo as well. So it goes hand-in-hand.

How has it been since you joined the Vans team?
Straight up amazing! I’ve always been a big fan of the brand, products and team. Really, I’m so happy to be a part of it today. Getting to meet so many incredible people all over the world that are doing an amazing job for the company is really inspiring.

What’s the best piece of advice you ever received from a fellow rider?
Be yourself, take care and don’t take it too seriously. Enjoy what you’re doing.

Vans Fall ’17 All Weather MTE Footwear and Apparel Collection is out now.

Linkedin
RELATED ARTICLES
OTHER ARTICLES
Jeffrey Henson Scales intimate portraits and protest images of the BPP and its leaders offer a rare insight into organisation at a time of societal upheaval.
Zsófia Sivák’s ongoing project documents the country’s tavern culture, preserving a once defining part of rural life.
Mass crustacean die-offs in the North East have led a community of fishermen to take action to save their seas.
Taking us through one of the most dynamic years in recent history, Laylah Amatullah Barrayn new photo book contains tender yet confrontational portraits.
Campaigners reflect on what the supreme court’s decision to allow buffer zones in NI means for the future of reproductive rights in the UK.
Activists and campaigners are fighting back against new laws that would seriously undermine the ability to take industrial action, calling it an attack on fundamental workers' rights.