Outdoor / Snow / In photos: the world’s most unique snow events 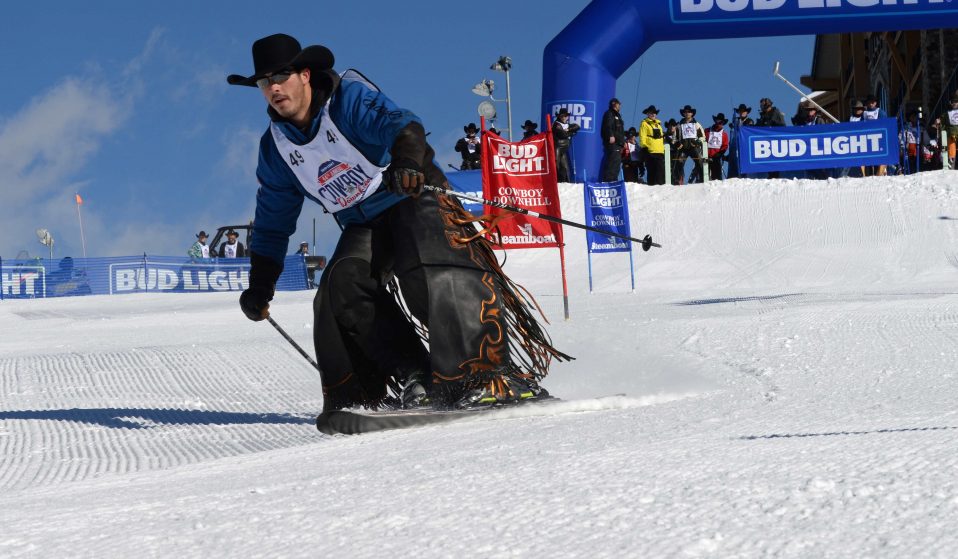 Whether it’s celebrating at Vermont’s Killington Cup, or watching hundreds of pro cowboys hurtle down a slope at Steamboat, Colorado, these events are some of the most seminal in snow culture.

Whether it’s celebrating Vermont’s illustrious ski heritage at the Killington Cup, or watching on as hundreds of pro cowboys hurtle down a slope at Steamboat, Colorado, these events are some of the most seminal on the snow culture calendar.

One of the best things about spending time at different snow resorts across the world is immersing yourself in the unique culture that exists within each one. Whether it’s Steamboat’s rustic, old west charm, or Big Bear’s commitment to progressing the SoCal park scene, each location has its own distinct character that makes it what it is.

It goes further than just riding, too. Across the world, locations included on the Ikon Pass – your ticket into 38 iconic destinations, from the US to Japan – carry with them unique events and traditions that have become embedded in their story. In some cases, that can mean a seminal competition which attracts some of the world’s best riders. In others, it’s simply a massive party.

With that in mind, here are some of our favourite events on the Ikon Pass – from Colorado’s Cowboy Downhill, to Cali’s Hot Dawgz and Hand Rails.

Having launched in 2013 as a tiny, DIY folk festival which took place in a parking lot, Winter Wondergrass has come a long way in a short amount of time. Now into its seventh year, the annual music celebration hosts three separate festivals, which take place in Steamboat, Squaw Valley and Stratton.

At the heart of everything, though, is a desire to shine a light on environmental causes and community building. “When we come together with open hearts and open minds, bringing all of our differences and unique opinions, we begin to dissolve the illusion of separation from one another,” reads the website. In the case of the Squaw Valley instalment, it’s about paying your respects to art and nature in one of the world’s most beautiful spots. 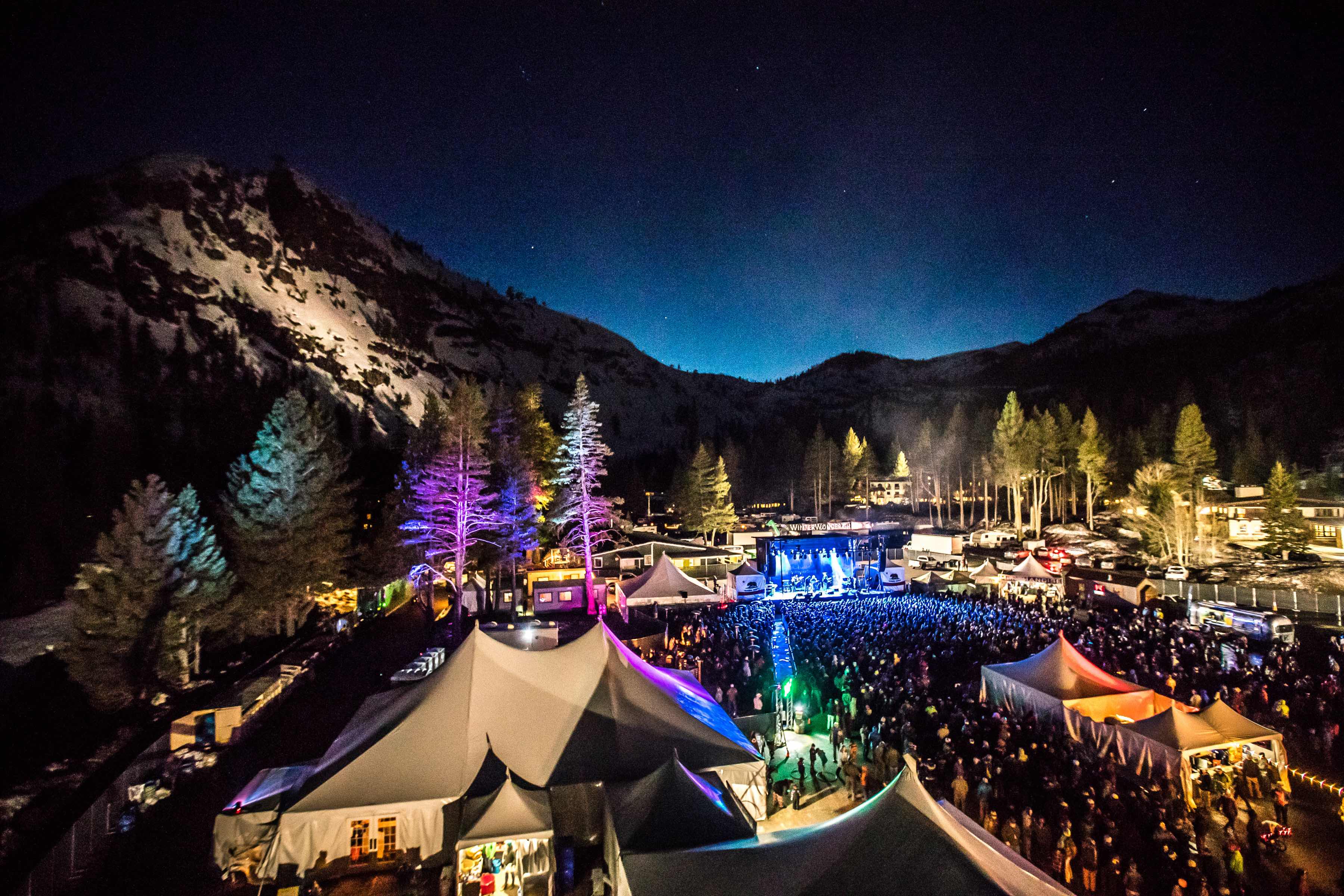 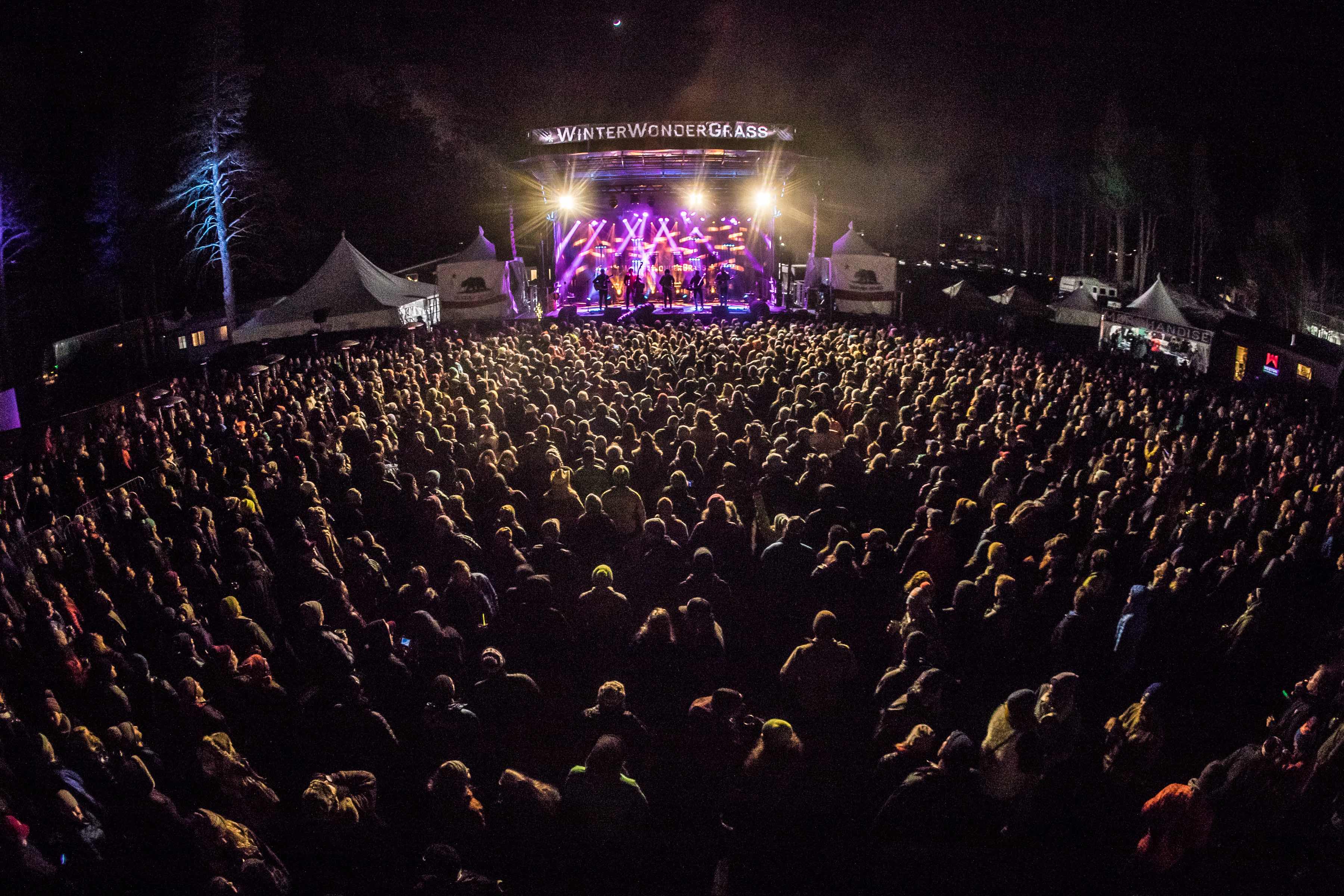 The Cowboy Downhill was born when Billy Kidd – former Olympian and Director of Skiing at Steamboat – and Larry Mahan – a six-time, world champion cowboy – decided to bring their worlds together. The premise was simple: invite a load of professional cowboys onto the slopes, and make them race.

Today, the event has grown into Steamboat tradition, one that sees thousands turn up to compete and watch. There’s a timed slalom event – which includes a pro-style jump, as well as saddling and lasso tasks to complete before crossing the finishing line – as well as an all-out stampede race.

And while the Downhill is into its 45th year, one thing has largely remained constant: if you’re ever in the mood to see hundreds cowboys tumble down a mountain, there’s nowhere better in the world. 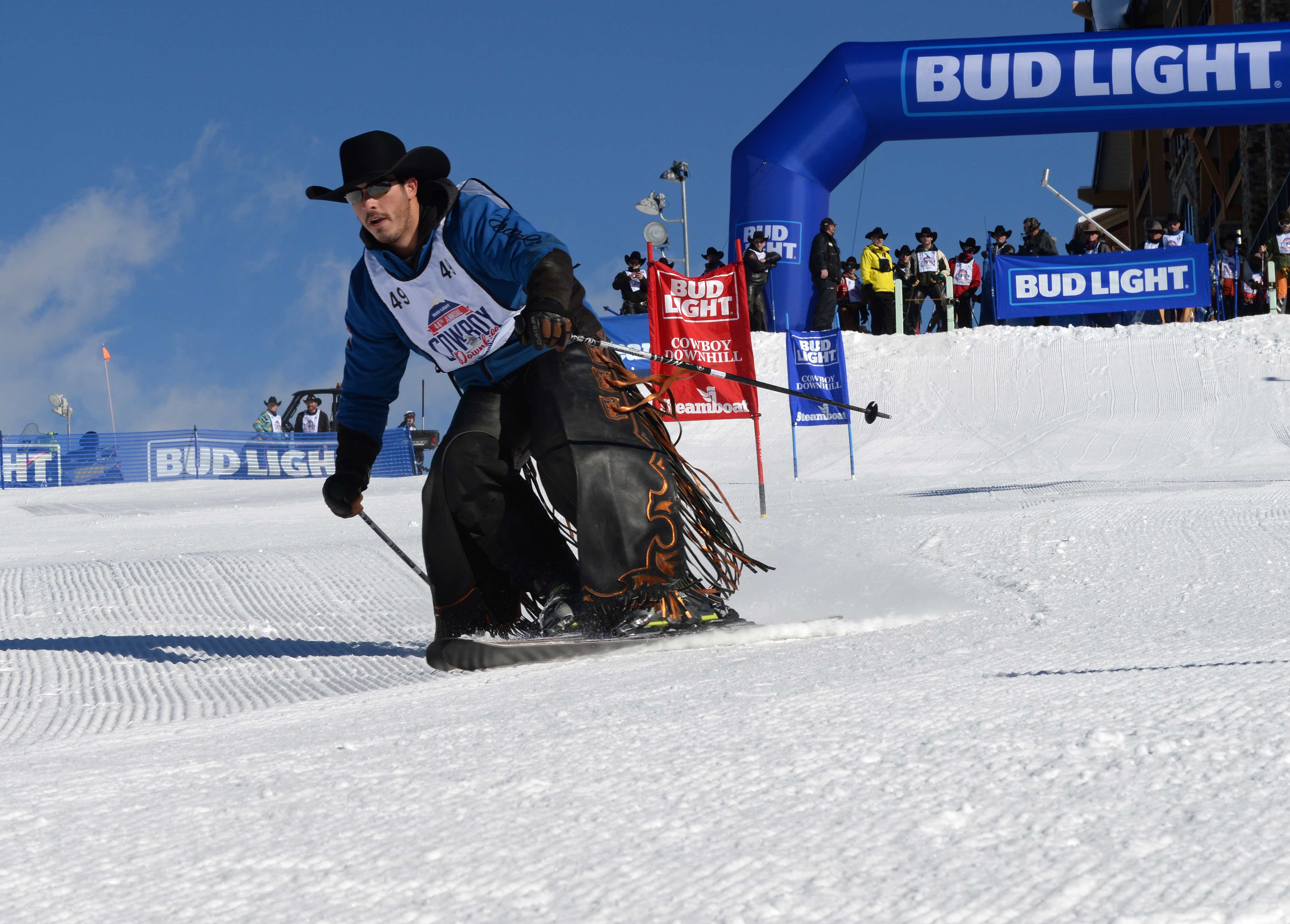 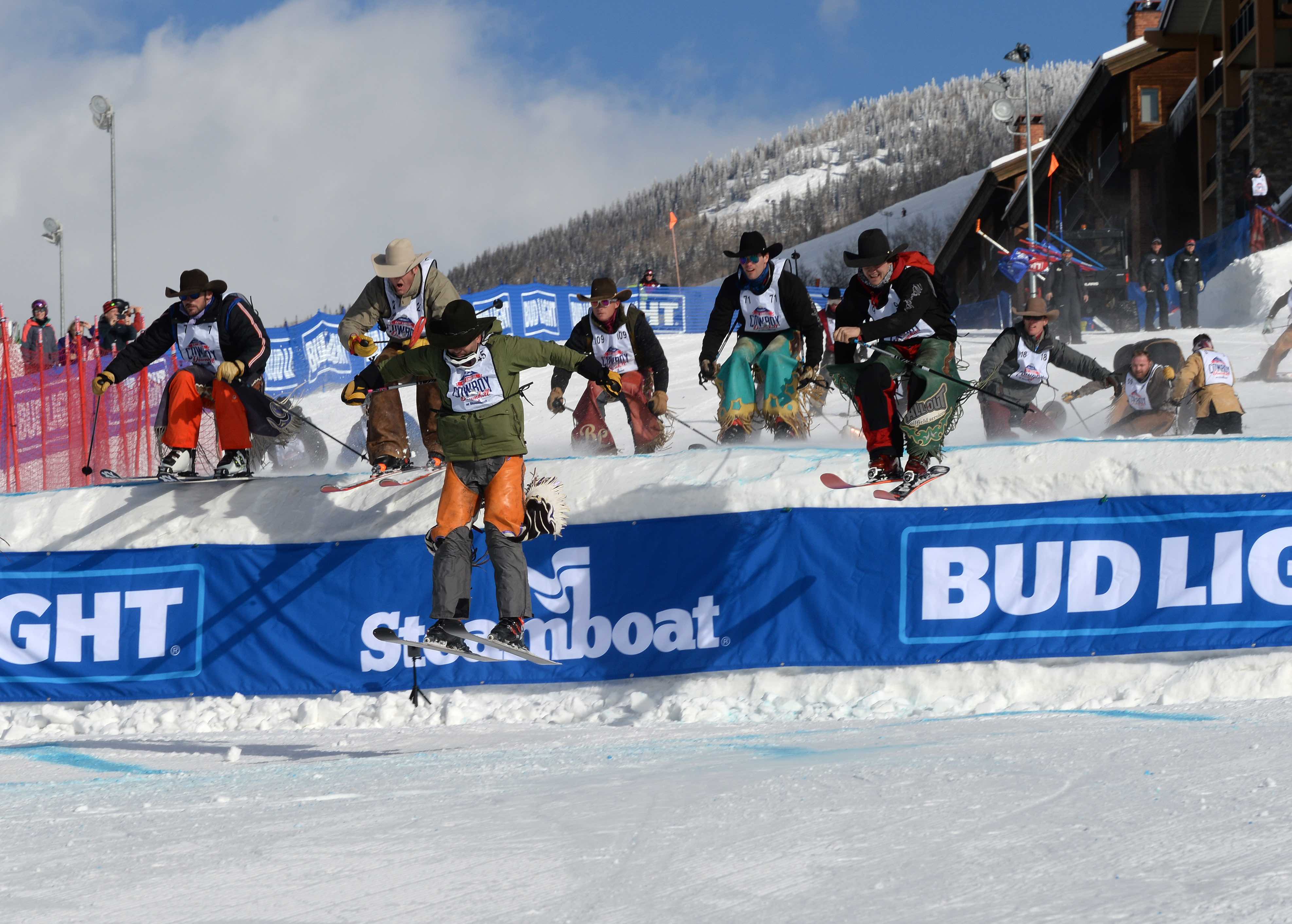 While it’s an important stop on the Women’s Audi FIS Ski World Cup Tour – this year saw US Olympic gold medalist and world champ Mikaela Shiffrin claim top prize in the slalom – the Killington Cup is more than just your standard race. For the locals, it’s an opportunity to showcase ski racing in the Northeast, all while celebrating its illustrious history as a destination for riders all over the world.

In addition to the competition, you can get stuck into live music, parades, firework displays and screenings. And what’s more: general admission is free to the public. 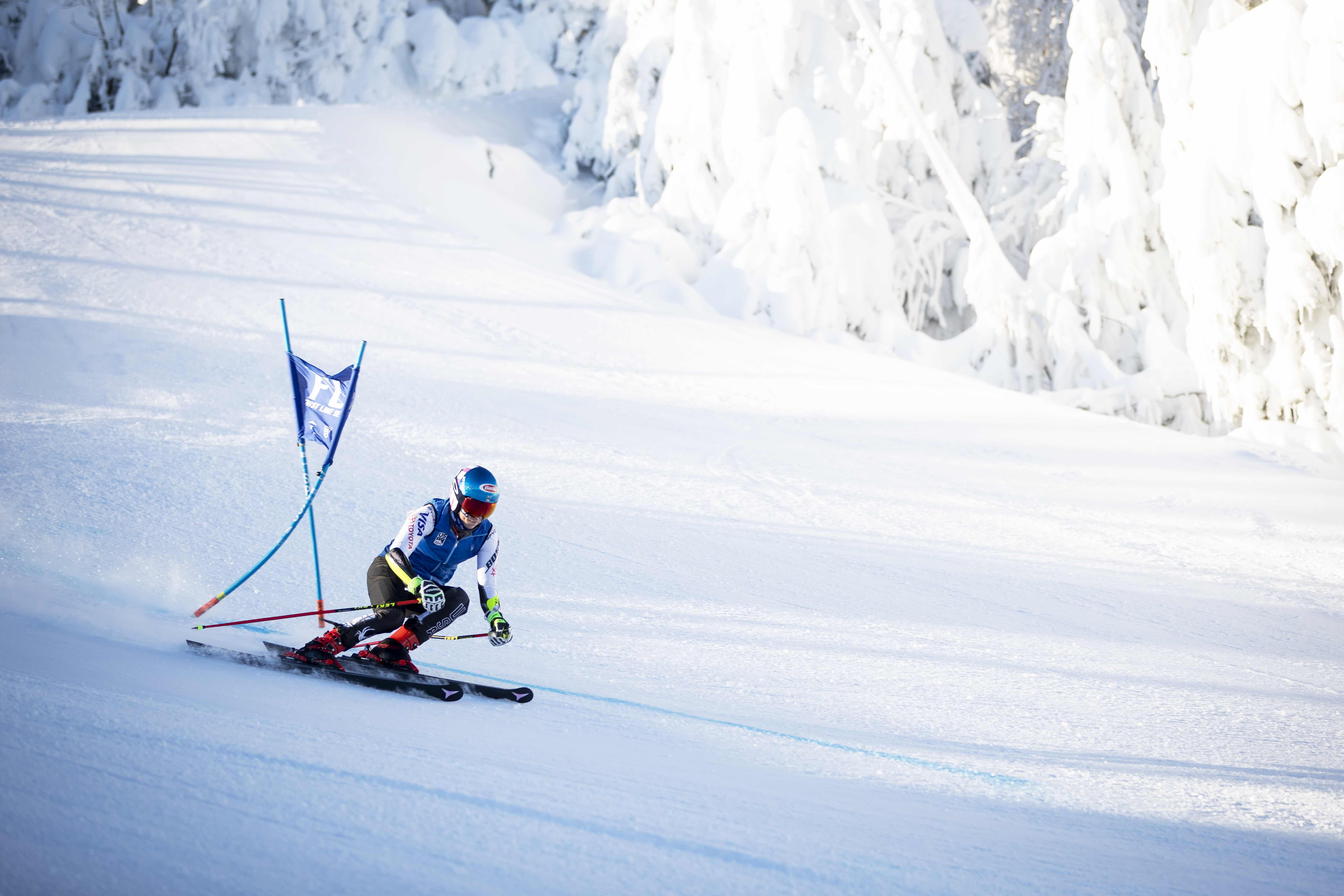 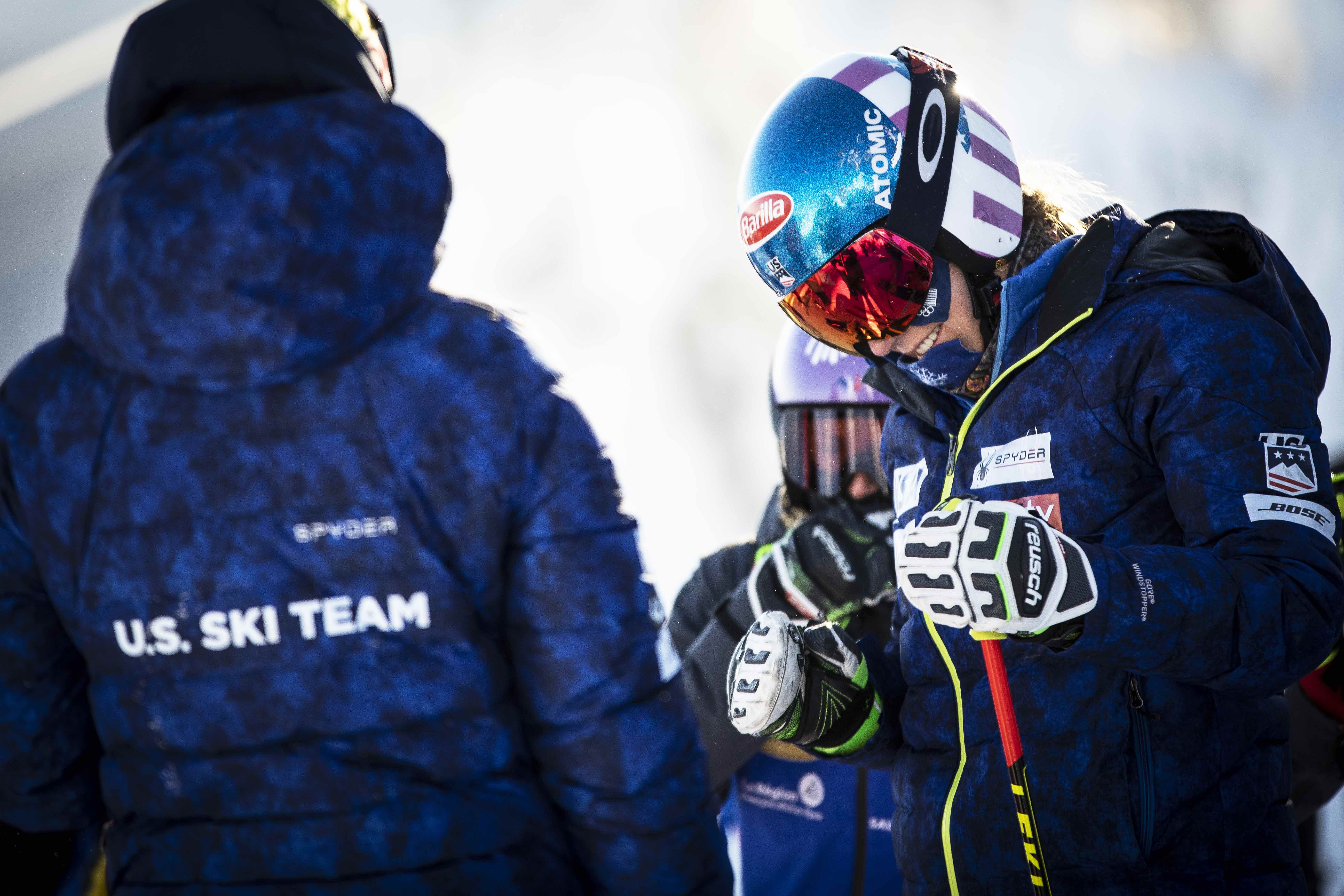 When it comes to full-throttle snowboarding contests, the High Noon Duel takes some beating. Referring to itself as “synchronised snowboarding madness”, it’s a winter-takes-all exercise in bravery. Or recklessness, depending on how you frame it.

The rules are fairly easy to grasp, in the sense that there aren’t any. What can you expect, however, is organised carnage at Winter Park. Last year’s edition saw riders jumping over barrels, through hoops and swerving to avoid giant plastic turtles (naturally). When it comes to examples of the free-spirited camaraderie that characterises the best of snow culture, the High Noon Duel is right up there. 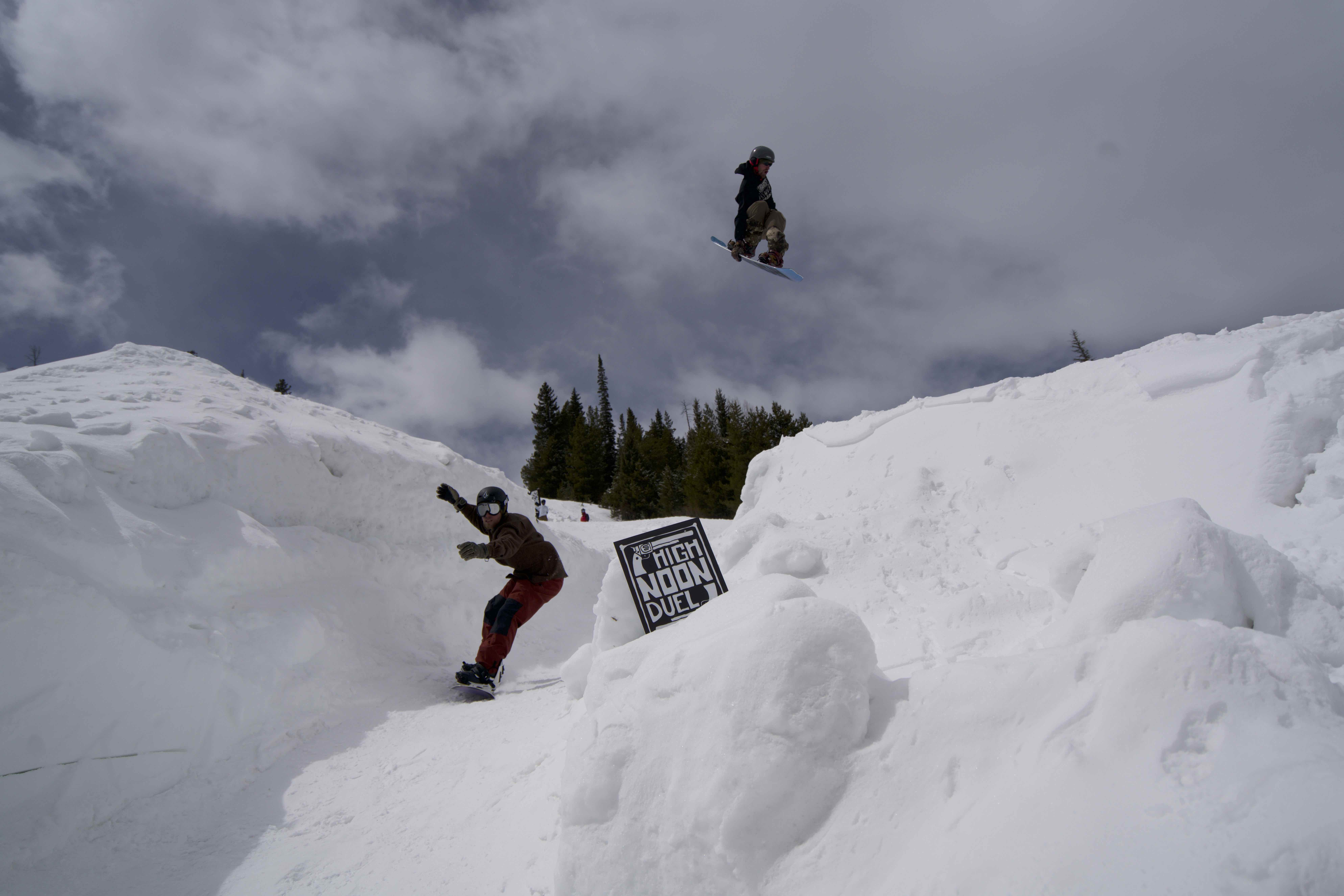 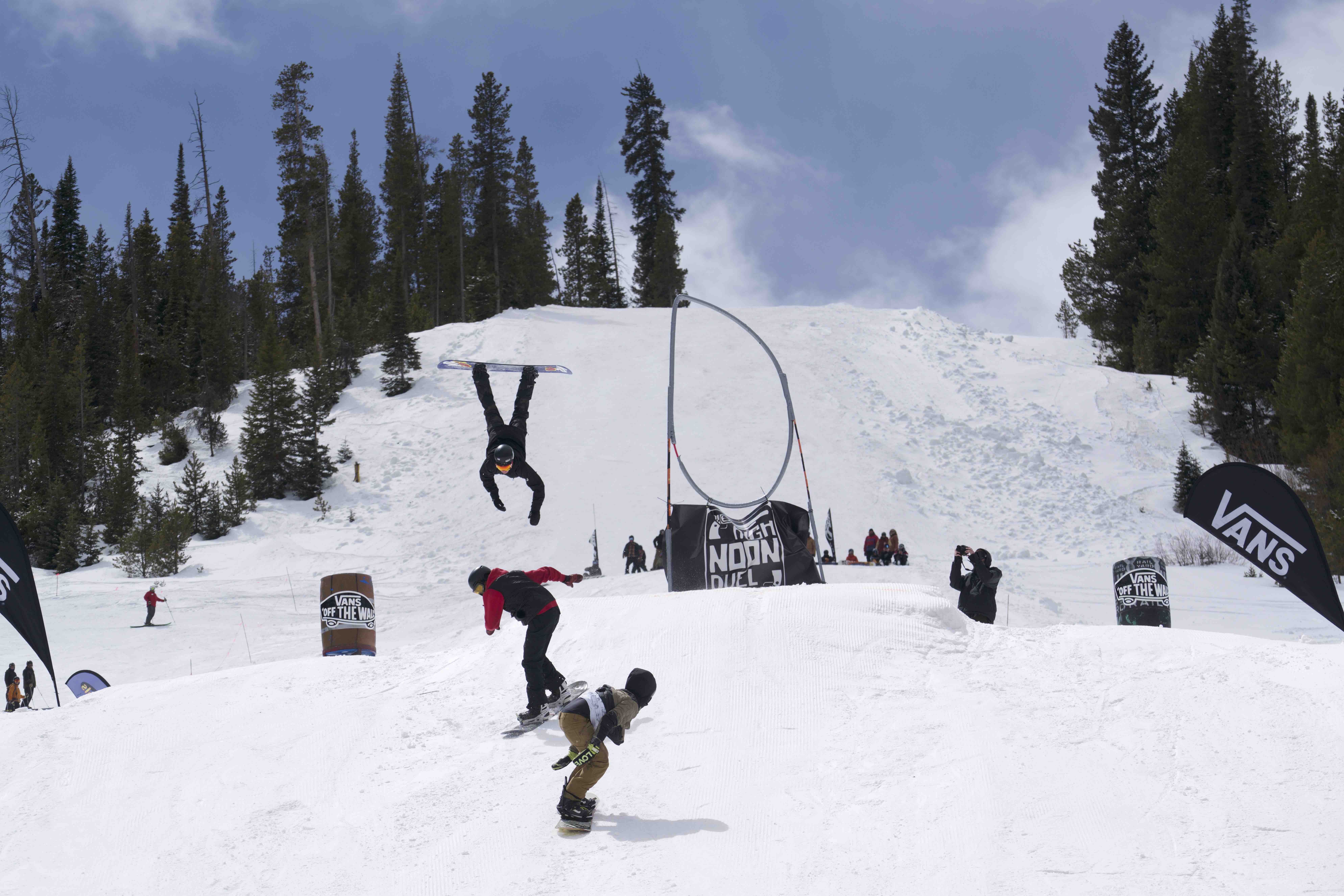 The Festival Rando Alpine Tremblant is an annual get-together for lovers of the great outdoors, filled to the brim with events, challenges and activities. The program – which offers events at ‘Curios’, ‘Enthusiast’ and ‘Expert’ levels – tends to include yoga, hiking splitboard touring and Tremblant’s seminal Traversée Nocturne (a night crossing that takes participants through the woods, accompanied only by the moonlight). 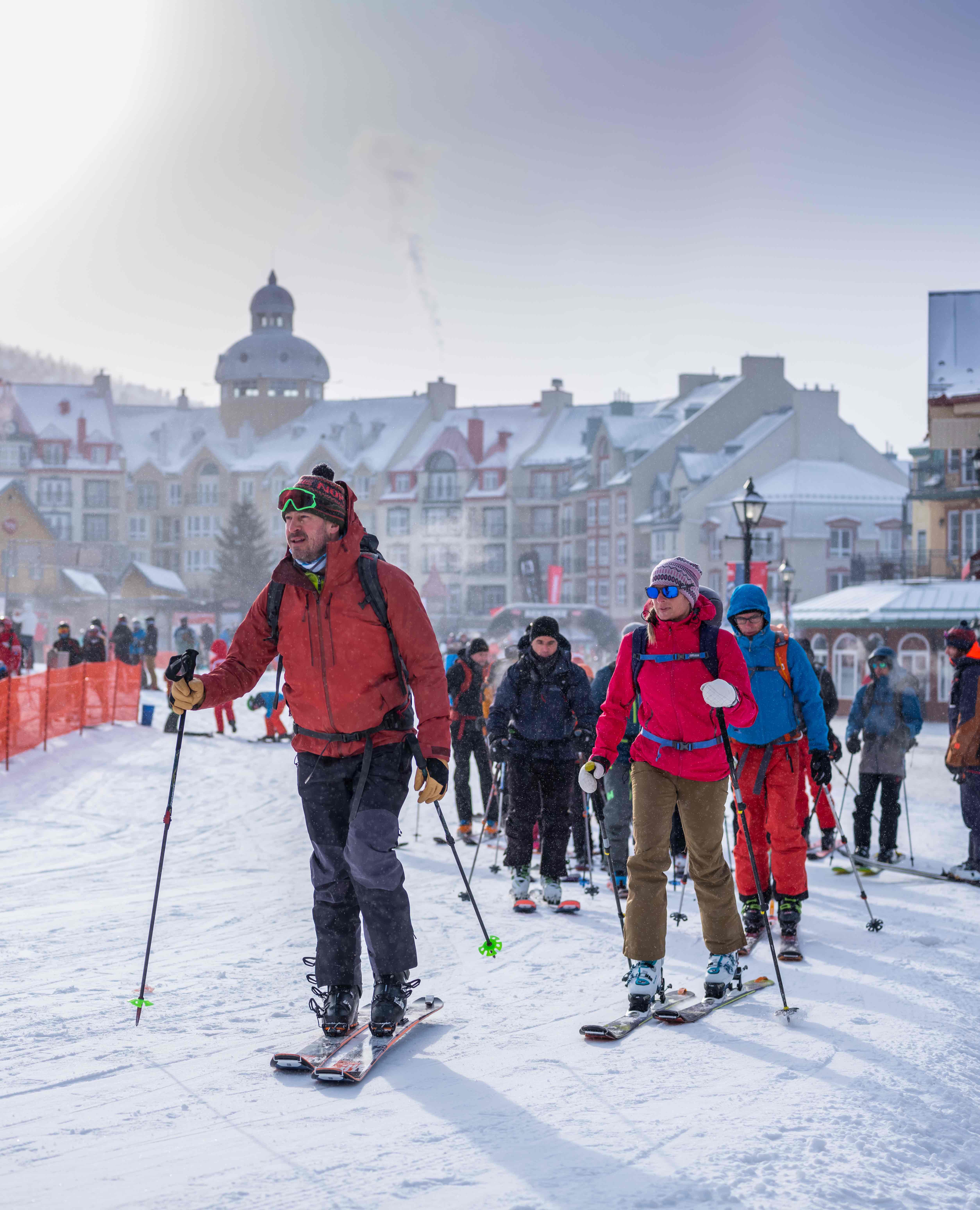 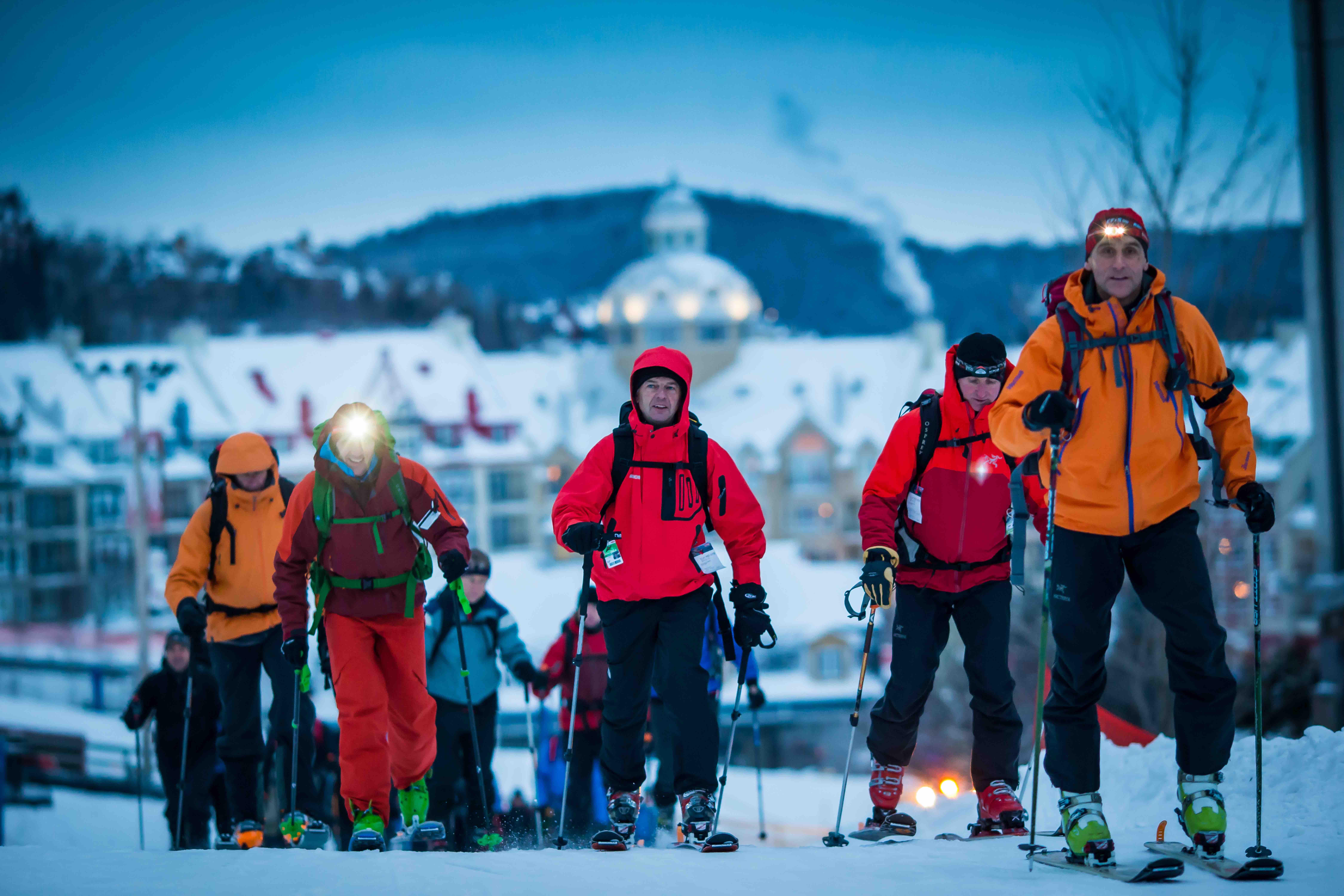 For the past 15 years, Hot Dawgz & Hand Rails has been known as the launch party for the forthcoming winter season. Taking place in September at SoCol’s Big Bear – usually during scorching temperatures – it sees tribes of riders descend upon Big Bear for a massive celebration.

The one-of-a-kind rail jam course, designed by Big Bear’s renowned park team, attracts some of the world’s best, while the stellar music line-up (last year saw Method Man and Snoop Dogg take to the stage) means there’s more to the weekend than just riding. Now into its 16th edition, it remains one of the most popular events on the snow calendar – situated in one of the world’s best spots. 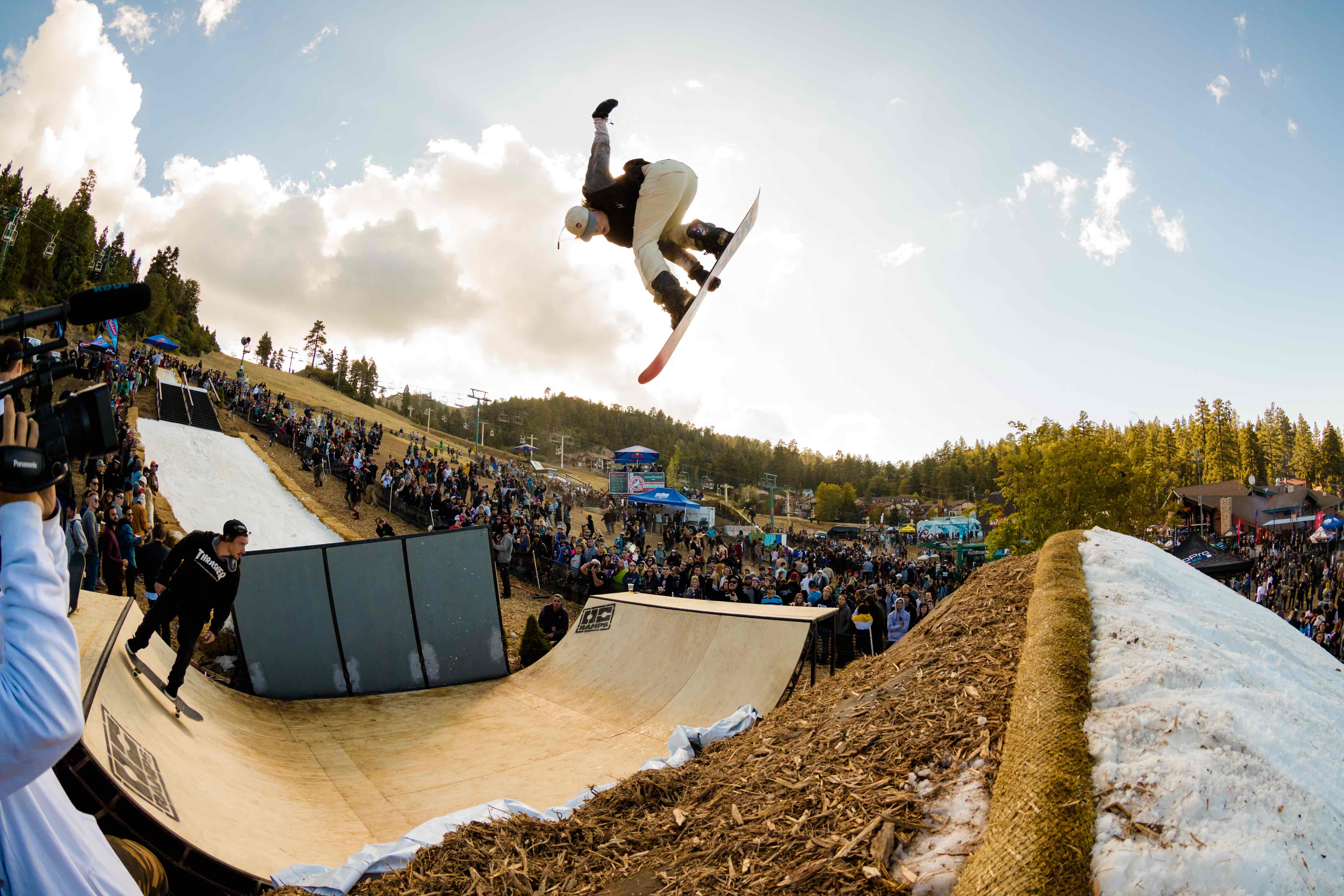 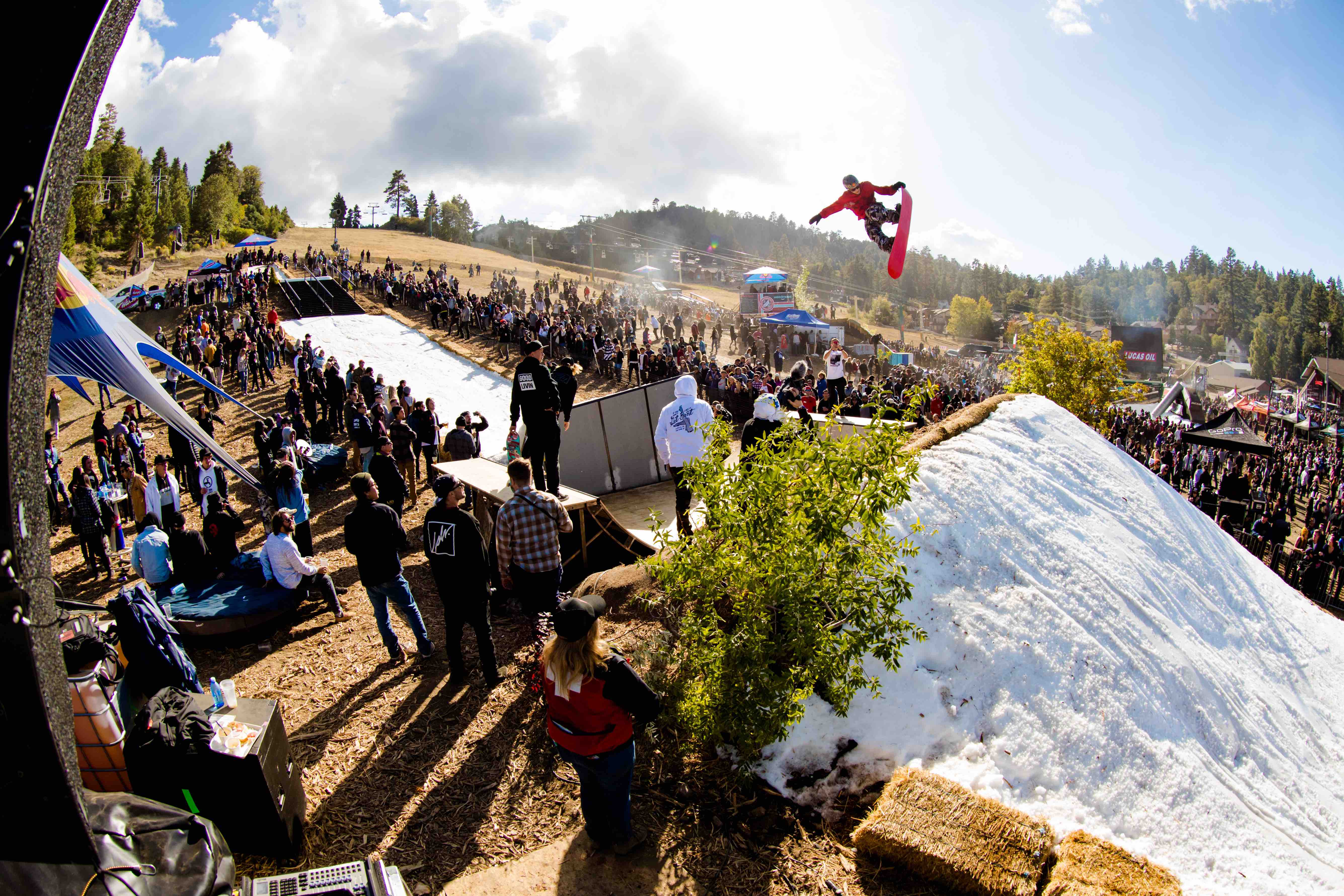 Get your Ikon Pass now.

Linkedin
RELATED ARTICLES
OTHER ARTICLES
Rogue landlords are exploiting young and inexperienced renters and leaving them in mental and financial turmoil, reports Niall Hignett.
A new project is documenting formerly incarcerated people as they transition back into civilian life.
For over a decade, gamblers have won big by employing people to place live bets from the court. But does this dubious method still work?
Financial turmoil is pushing people who work in the sex industry into more dangerous and desperate situations as a means of survival.
Rhiannon Adam spent three months capturing an ageing society wracked by division, isolation, and the aftermath of scandal.
Following the announcement of an 80% hike in the energy price cap from 1st October, crowds gathered outside the offices of energy regulator Ofgem to protest and declare their intention to undertake a payment strike.