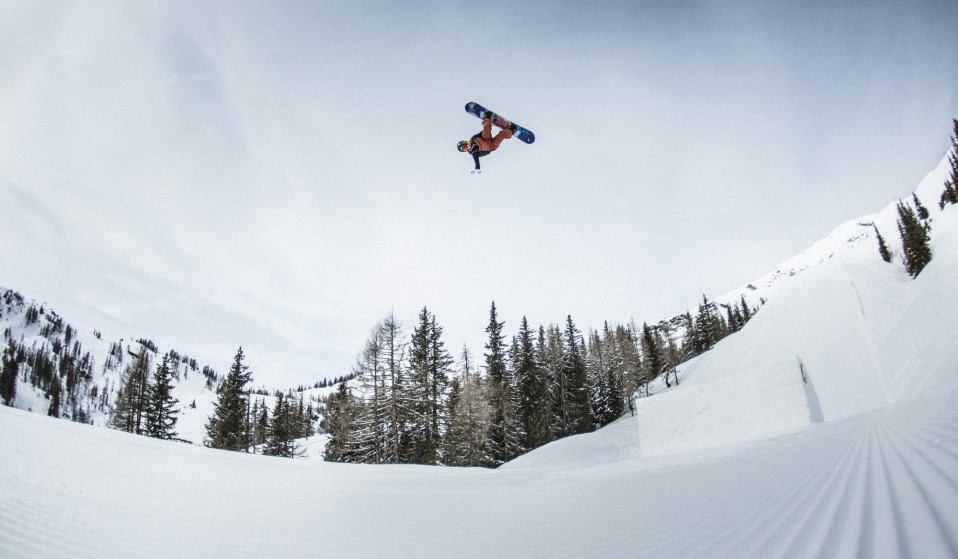 What it takes to be a superstar on the slopes – and the first ever woman to land a double in competition.

Team GB athlete Aimee Fuller on what it takes to be a superstar on the slopes.

“When I’m on it, I don’t stop,” says pro snowboarder Aimee Fuller, referring to her unmistakable style of shredding. “It’s fast, aggressive – and sendy!”

She’s not wrong. When the 26-year-old slopestyle rider is competing, she does so with a dynamic fearlessness that sets her apart from the rest of the pack. Since bursting into the public consciousness during her first Winter Olympics back in 2014, the London-born, Belfast-based snowboarder has been one of the brightest sparks in the British scene. There’s no signs of her slowing, either – for that’d be quite out of character.

Now, Fuller has partnered up with Vans to create a personalised rendition of the famed Ferra snowboard boot. Built with the Vans Hybrid Boa® closure system, the Aimee Fuller Ferra is a premium, all-terrain boot anatomically engineered for female riders. Much like its eponymous co-creator – herself a member of the brand’s European snow team – it can respond to any terrain, or condition.

To mark the collaboration, we caught up with Fuller to talk starting out, helping hands from role models and looking ahead to the Winter Olympics in South Korea next year. 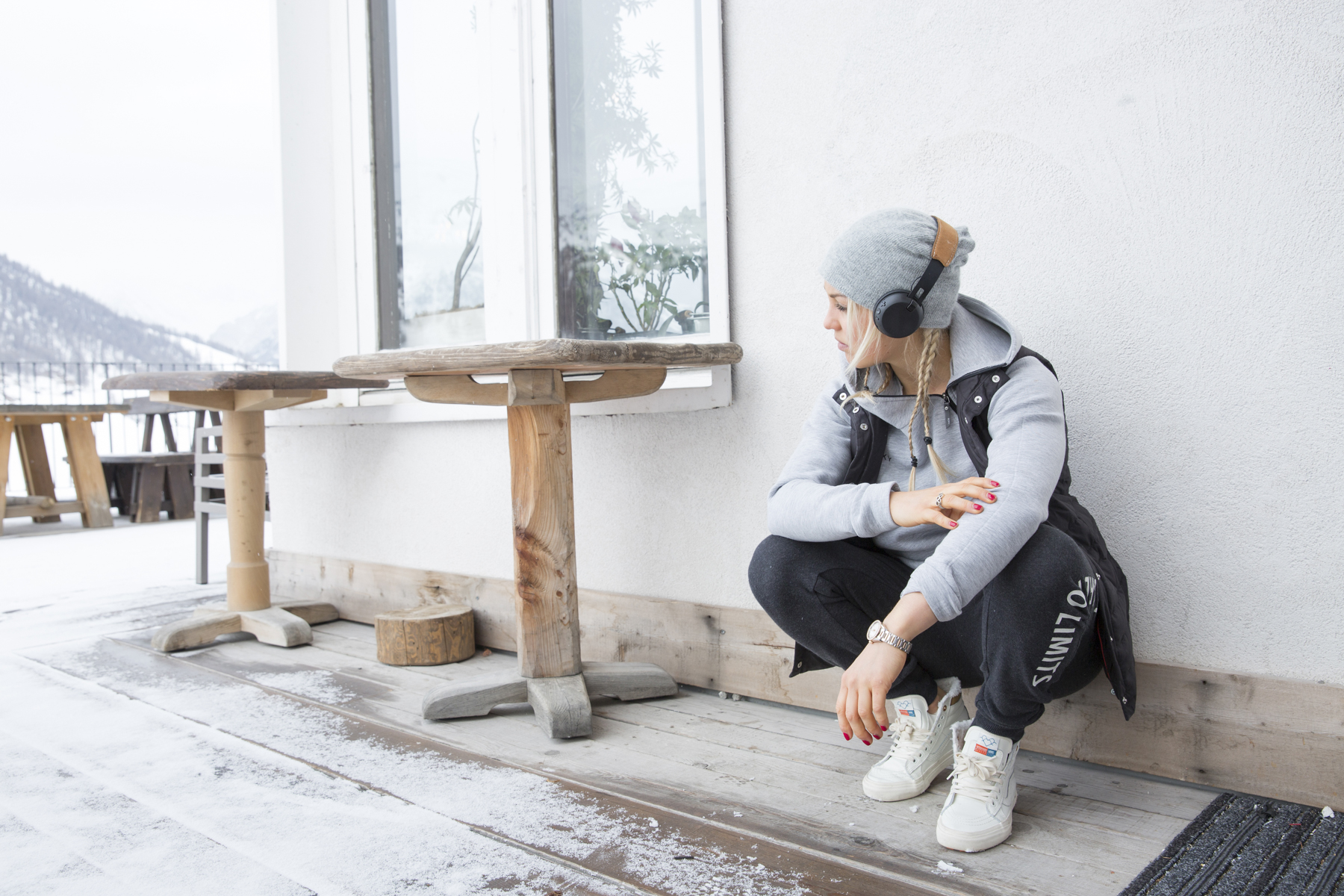 How old were you when you first got into snowboarding?
I started skiing aged four at Bromley dry-ski slope in Kent. It was there I first saw someone snowboard – they went from the top of the slope to the bottom and aired over the last two ski moguls. After seeing someone get airborne, I decided that’s what I wanted to do. [It was] the combination of speed and adrenaline. I grew up doing Motocross, and I did gymnastics for 2 years from the age of 10-12. It was then that I decided I really wanted to snowboard – and that it was all I wanted to do.

At what point did you realise that pursuing snowboarding as a profession could be a reality?
It was always a dream; I never believed it could be my reality. But in 2007, when I first started riding for Roxy, I realised if I worked hard when I got an opportunity to get on snow, it could be done. Being able to snowboard for a living was a dream that came true – two years later, I got my first contract with Roxy. 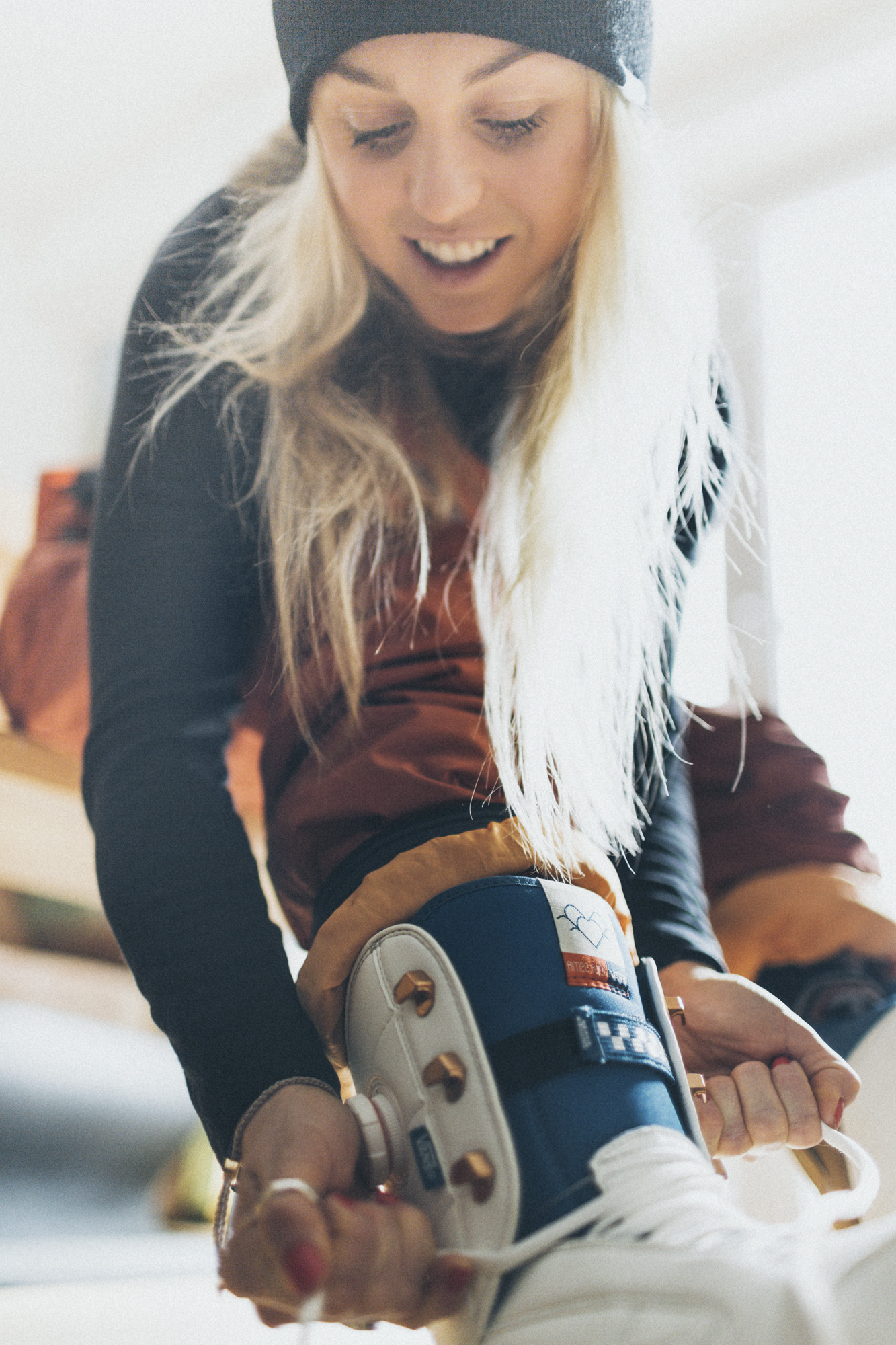 So, what does a typical day look like for you?
A typical day for me looks like an early start: a hot shower, 20 mins of movement flow, a big breakfast and then hitting the mountain. If it’s sunny, I will stay up and ride most of the day; if it’s bad weather, I’ll head up cruise for some runs and then come down and hit the gym. A perfect finish to the day would be a home-cooked dinner, surrounded by my favourite people to shred with.

Where’s your favourite place in the world to snowboard?
It has to be Absolut Park in Flachauwinkl. The park set up there is insane: five jumps flowing into a mini shred rail garden. Plus, when it snows, there’s some great backcountry terrain to explore. The vibe is mellow and the people are friendly.

Growing up, was there a particular rider that you looked up to as a role model?
I was a big fan of Erin Comstock. She was my coach at High Cascade and it was her that recommended me to Roxy in 2007. It was from then on that my career began at the Roxy Future camp two months later in Saas Fee Switzerland. I loved her style – and the big progressive tricks she was doing. 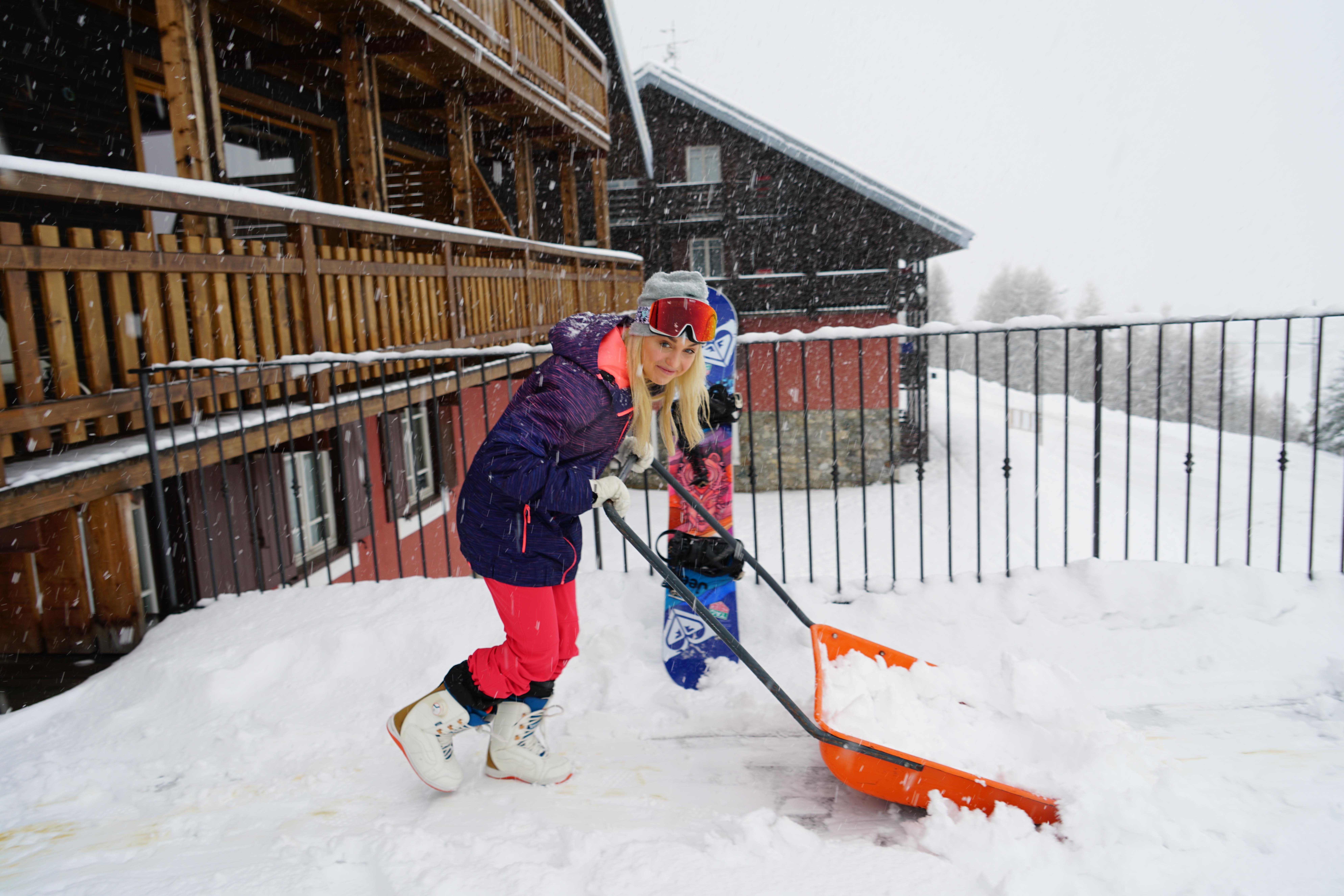 What’s the best piece of advice you’ve ever received?
‘Try something new every day, no matter how small it is. That one thing will keep you coming back time and time again.’ – Lesley Mckenna.

What accomplishment are you most proud of?
Probably being the first ever women to land a double in competition.

What’s the hardest challenge you’ve ever had to face in snowboarding?
The comeback from injuries, overcoming fear and challenging yourself to do that trick that took you down that one time.

You must have one eye on next year’s Winter Olympics. How are you currently feeling about that?
I am really excited, having had one Olympic Experience in 2014. It really was an eye-opener – and it brought our sport into the limelight. It’s unique that it’s every four years; being able to go and represent your country in your country’s colours doesn’t get any better. 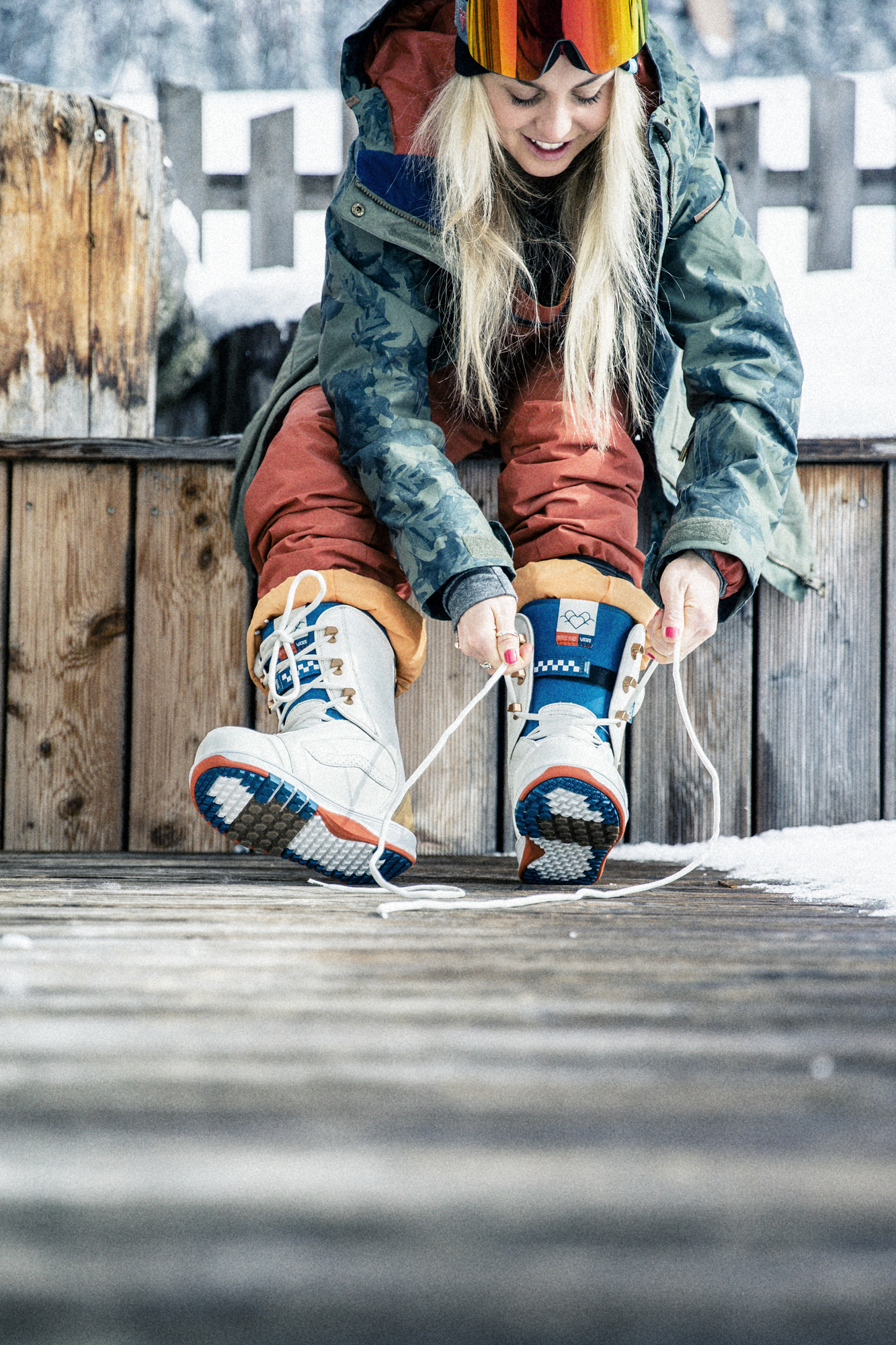 The Aimee Fuller Ferra boot is out now.

Linkedin
OTHER ARTICLES
David 'Dee' Delgado’s photo project is about honouring and uplifting the city of his youth, and a world rapidly disappearing under the relentless onslaught of gentrification.
At his West Bank restaurant, Fadi Kattan established himself as the voice of modern Palestinian cuisine. Now, he’s bringing his innovative, bold flavours to the UK’s capital.
As she gears up for the release of her first book, the 24-year-old climate activist talks standing up to authority and building a more inclusive movement.
Since 2007, Gideon Mendel has made 20 trips to document floods in 13 countries. The result is an alarming record of what has already been lost to the climate emergency.
Activists and campaigners are fighting back against new laws that would seriously undermine the ability to take industrial action, calling it an attack on fundamental workers' rights.
Photographer Becky Tyrell went down to the fading banger and stock raceway to meet a community desperate to keep it alive.