We joined the crowds at CONIFA’s World Football Cup, a tournament that offers the isolated and stateless a chance to compete in international football.

On a damp evening in June, we joined the crowds at CONIFA’s World Football Cup, a tournament that offers the displaced, isolated and stateless an opportunity to compete in international football. This is part of Stories From The Sidelines, a new Huck series that explores football from a different perspective.

It’s difficult to imagine what was racing through Alex Svedjuk’s head. He was being asked to do what only two players in the history of football had done before him: convert a penalty kick that would win a World Cup final.

It’s a considerable burden to place on the shoulders of a 22-year-old, especially considering that one month previously, he was probably looking forward to a summer away from football. Instead, last weekend, on a damp June evening in Enfield, he was about to write history.

Svedjuk and his teammates were representing Kárpátalja – a nation that doesn’t exist, in a tournament they didn’t qualify for. They are ethnic Hungarians from Carpathian Ruthenia, an area mostly located in western Ukraine, with smaller parts in easternmost Slovakia and Polands’s Lemkovyna region.

The Kárpátaljans say that they have had their language suppressed for decades by successive governments. Meanwhile, their opponents, Northern Cyprus, are a state only recognised by their neighbour, Turkey. For both teams, the night was a powerful assertion of their identity. 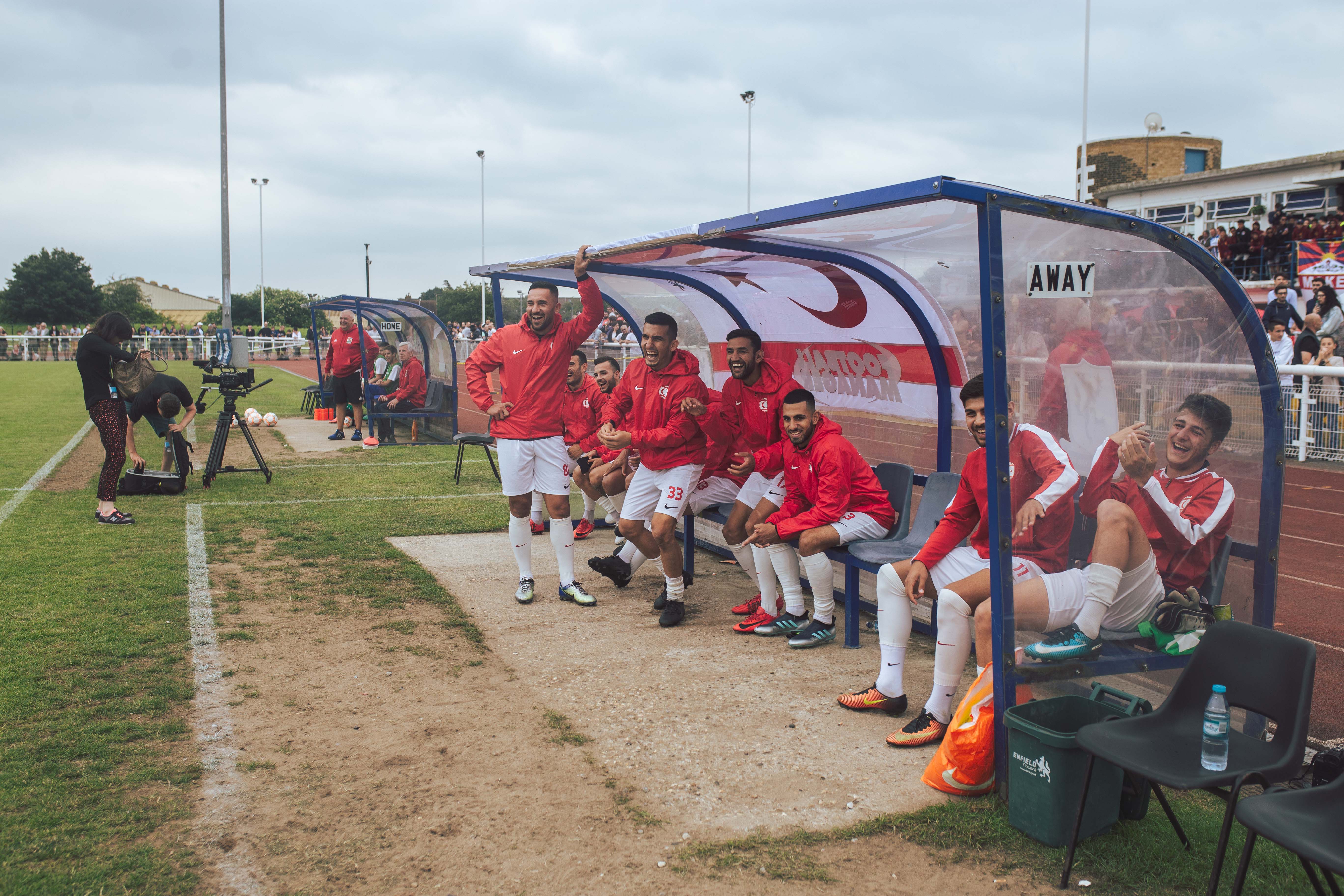 They were competing in the World Football Cup, a tournament held biennially by the Confederation of International Football Associations (CONIFA), a not-for-profit organisation that seeks to assemble the outcasts of the world – the dispossessed, the forgotten – and bring them together in the name of football.

Having fallen agonisingly short in qualifying, Kárpátalja were only admitted after Felvidék, a fellow Hungarian side, were forced to withdraw from the tournament. It makes their run to this year’s final all the more remarkable.

The World Football Cup is full of stories like Kárpátalja’s. Founded in 2013 as a means to facilitate international football between non-FIFA affiliated football associations, CONIFA already boasts 48 members, ranging from microstates such as Tuvalu and Monaco to exiled peoples like Tibet and the Rohingya.

Members are attracted by CONIFA’s desire to “raise people through football” and help both minorities and isolated nations “build bridges” in the process. You don’t have to look far to see their success stories. 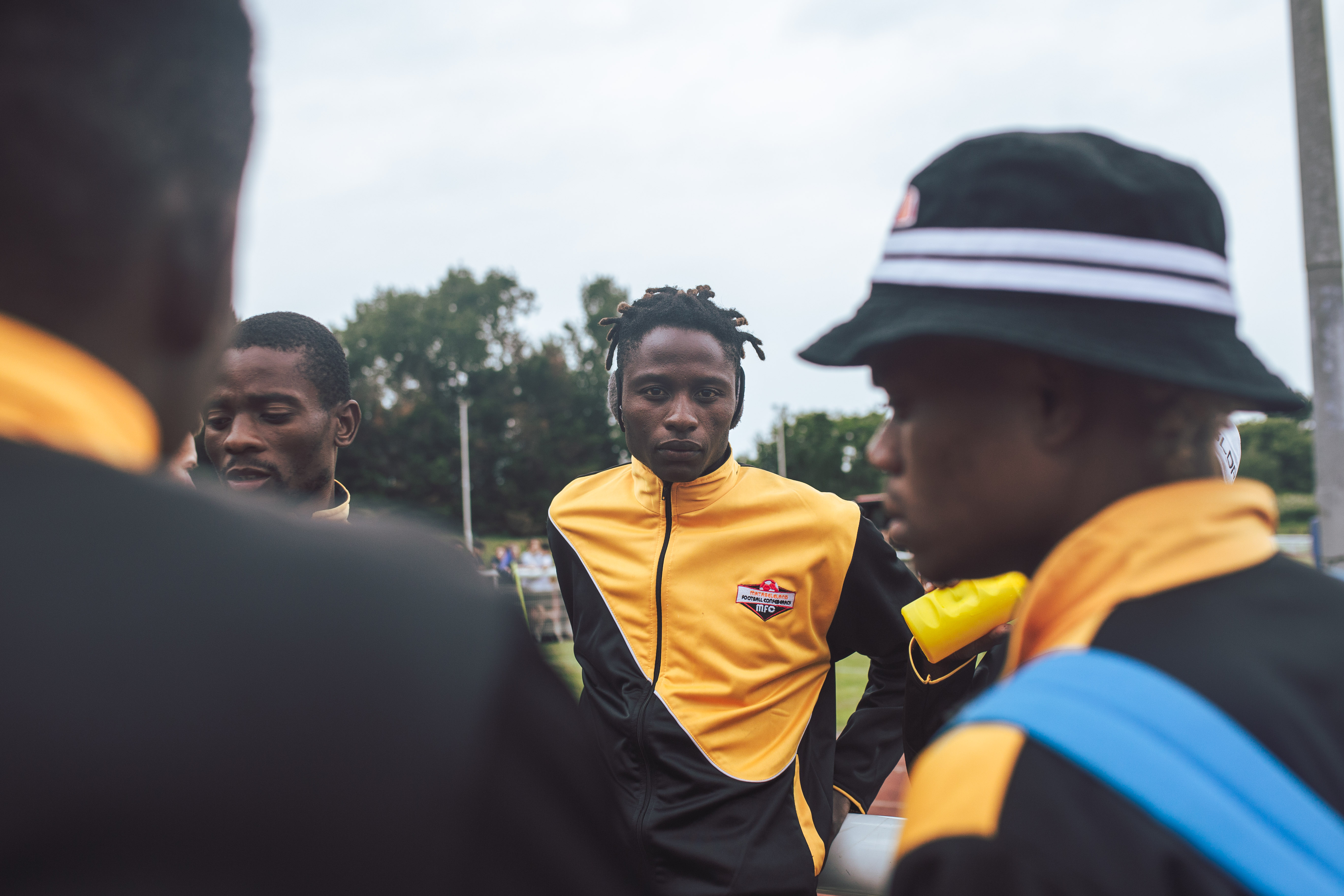 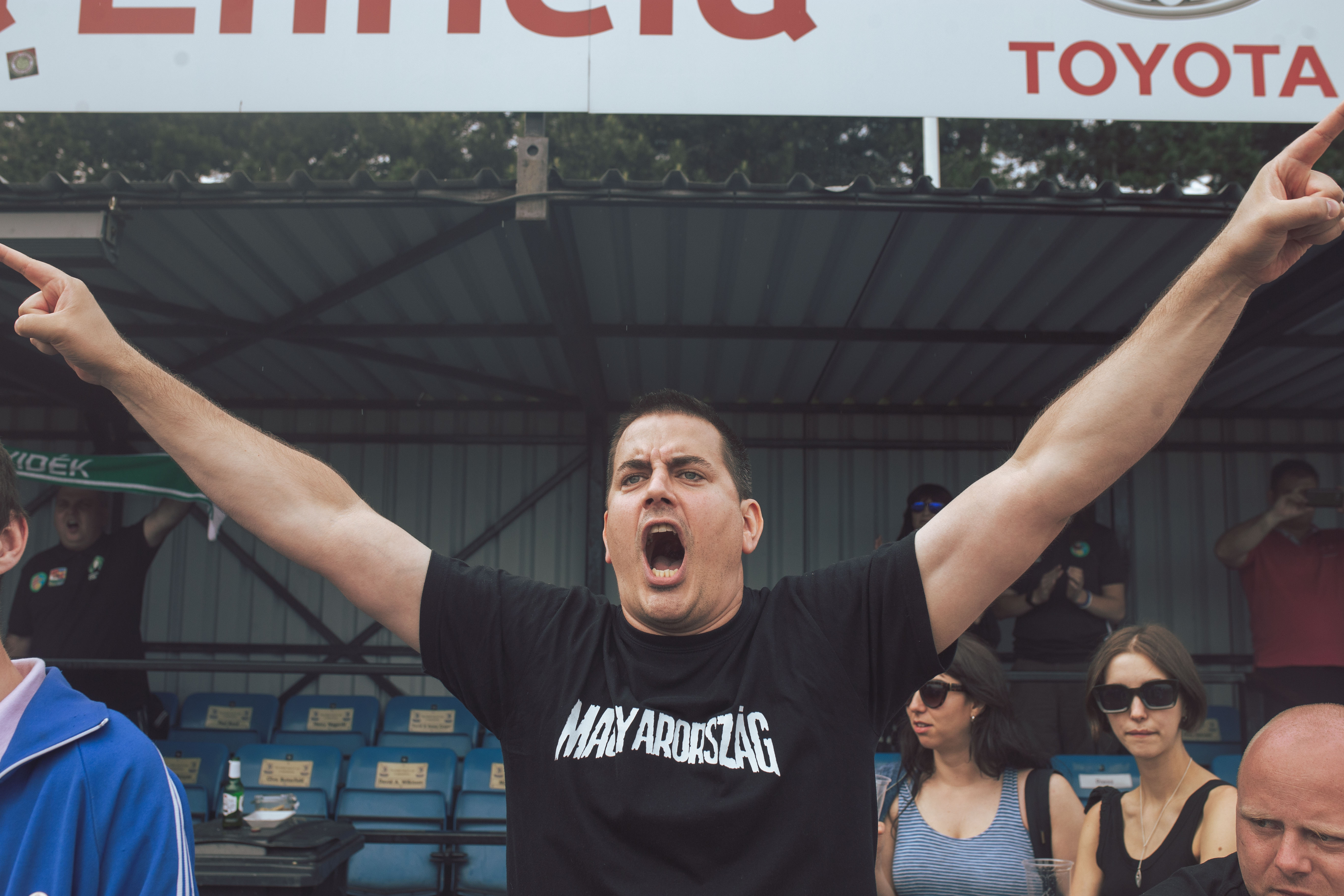 There’s no better advert for CONIFA than Barawa, the host nation of this year’s tournament. While this year, the World Football Cup has been played at venues across London, it is officially taking place in a small port city 200km south of Mogadishu.

Like many of the teams competing in this year’s tournament, the Barawani are a people who have known tragedy. Their home suffered throughout the Somali Civil War, and, up until 2014, Barawa was still under the control of the jihadist fundamentalist group Al-Shabaab.

Haji Munye’s family left Somalia when he was just three-years-old. He considers himself one of the lucky ones. “England has given me a lot of opportunities,” he explained. “Good friends, an education, even the chance to play football – and now I get to teach other kids. I’m lucky, a lot of people in Barawa, all they’ve known in life is violence.”

Now in his thirties, Haji is the co-founder and chairman of the Barawa FA – as well as the driver, scout, and kit man. When I met him, he was loading a washing machine full of laundry. The team has a single kit each, so it’s his responsibility to make sure they are all washed and ready before every match. 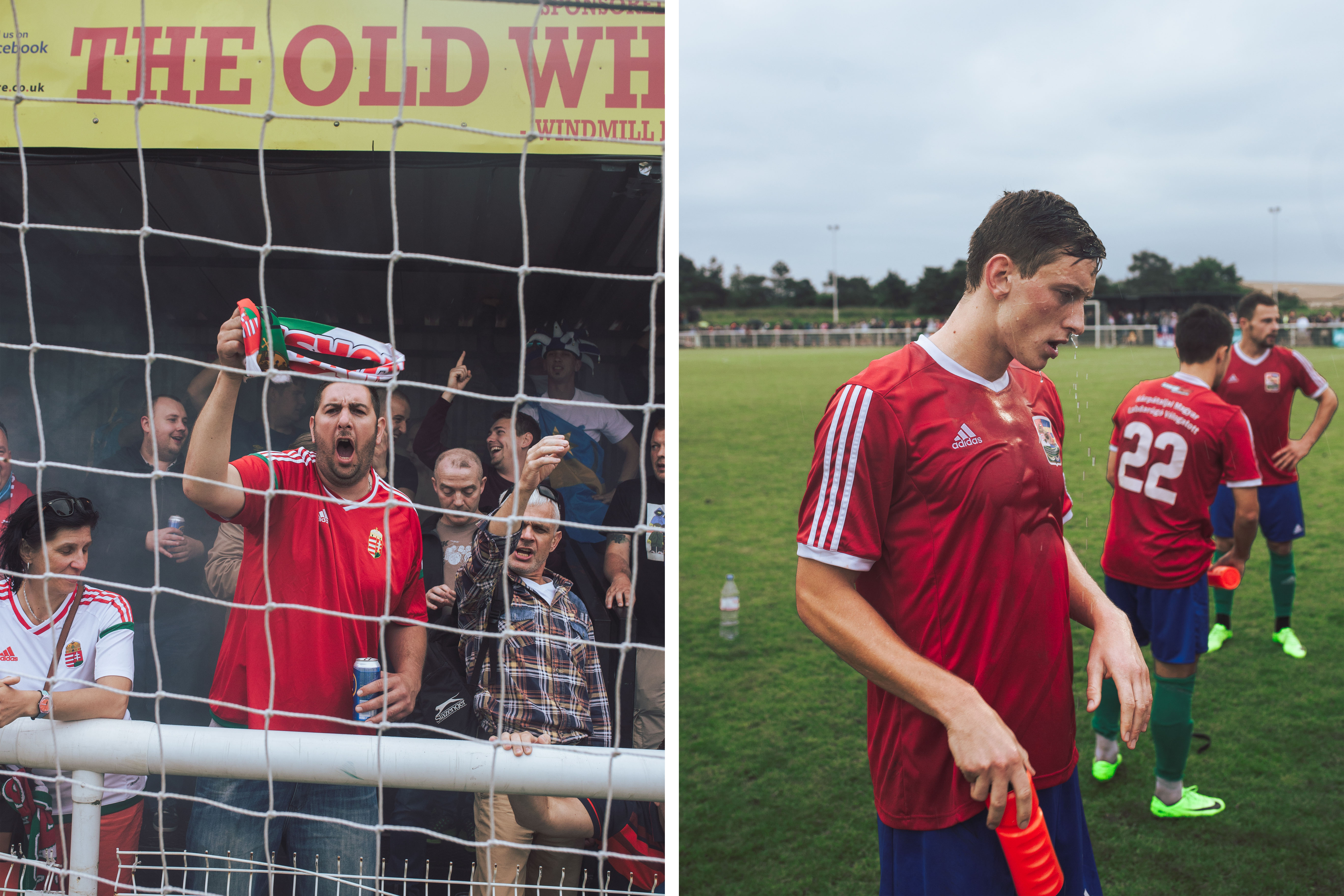 Haji always knew about the torture the Barawani were enduring in his homeland, but there’s one story in particular that sticks with him. In 2014, just months before Al-Shabaab were finally driven out of Barawa, they murdered a young boy who wasn’t fasting in the month of Ramadan. “When it came to the autopsy, they realised he hadn’t been fasting because he had cancer.”

It was that moment that Haji decided he had “to do something for the people.” With the help of other members of the Somali diaspora in the UK, he founded the Barawa Football Association, with the aim of “empowering the Barawani people through football” – albeit from 7000km away.

Initially, the team competed in tournaments across the world to raise the funds they could for projects in Barawa. In 2016, when their efforts were brought to the attention of CONIFA, they were voted in unanimously – the honour of hosting the World Football Cup awarded to them shortly after.

“The city now boasts ten football teams, a makeshift stadium, and CONIFA have been incredible with training referees,” Haji added. “They’ve really taken things to the next level.” 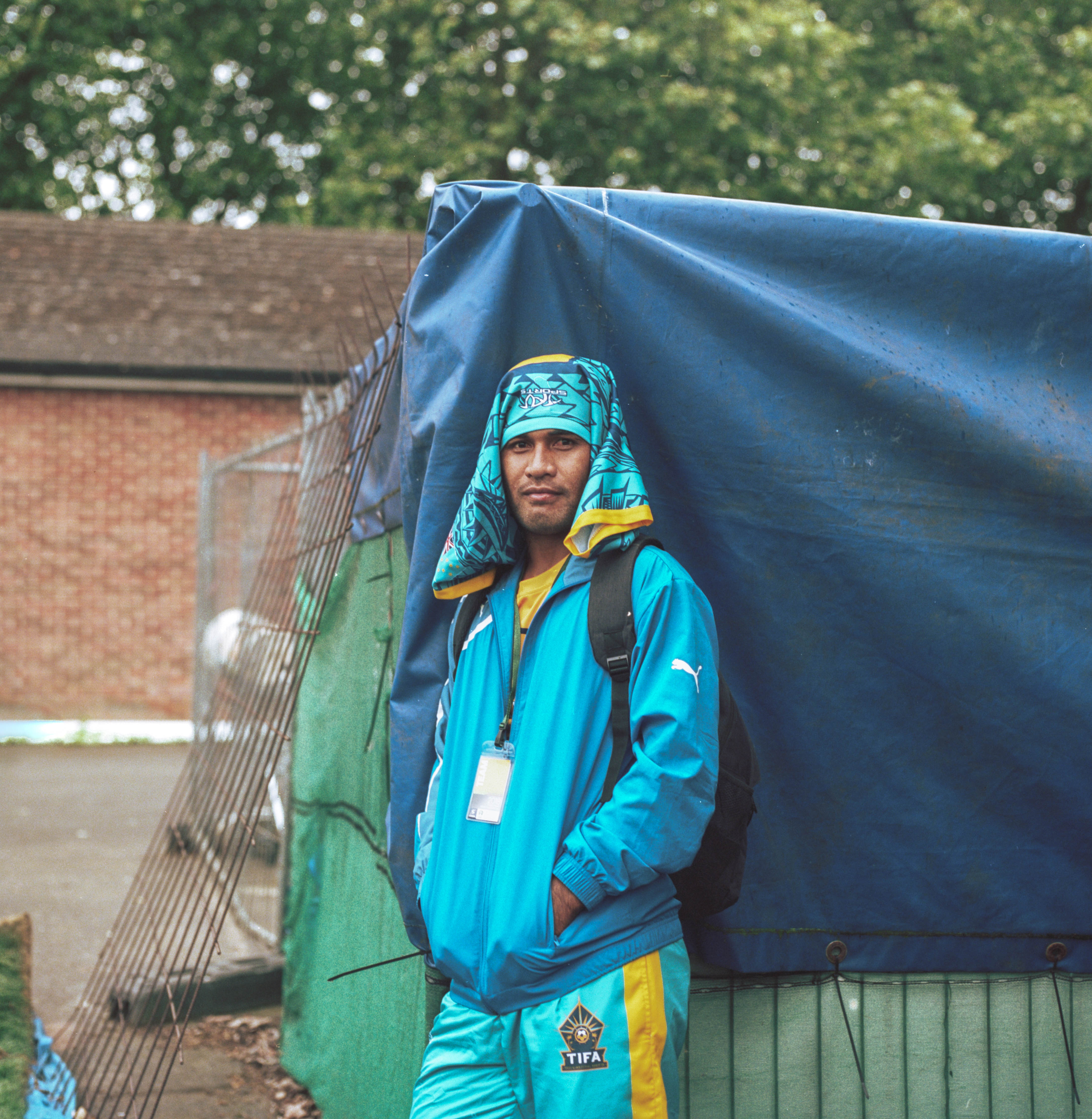 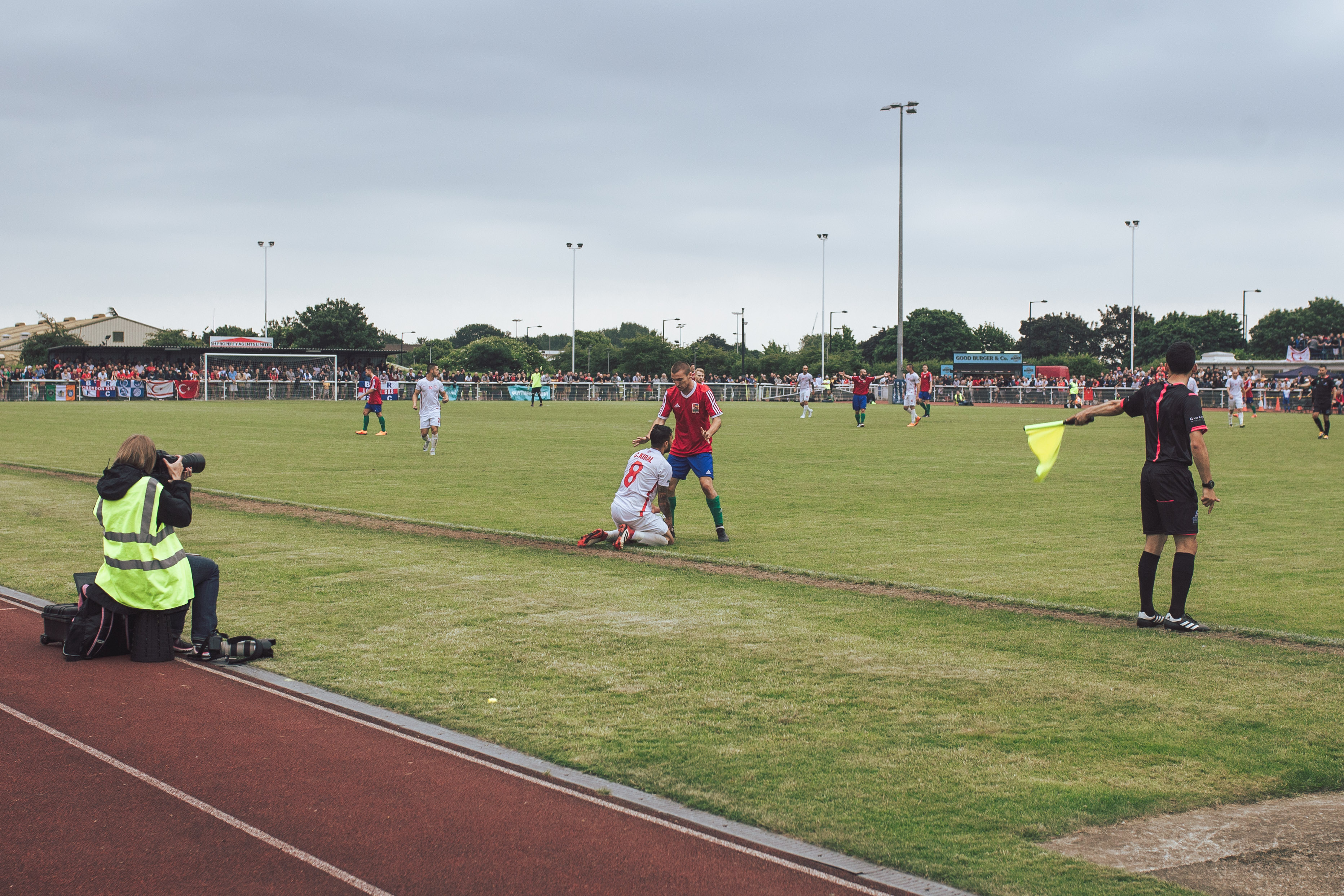 While the rest of the world looks towards Russia – a tournament littered with controversy before a ball had even been kicked, due to concerns over racism, homophobia and fan safety– it’s easy to see CONIFA as the antidote to the ills of modern international football. However, not everyone is quite as welcoming of their mission.

The inclusion of the Russian-backed separatist state Abkhazia drew protests from a small number of Georgians. Elsewhere, Ukraine’s Sports Minister Igor Zhdanov labelled the participation of Kárpátalja in this year’s tournament as an “act of sporting separatism”, with the Football Federation of Ukraine threatening the team’s players with a total ban from competing in football in the country.

In response, CONIFA argue that they are a “politically-neutral” organisation. They believe that “everyone should be able to represent their identity via football” and make a point of not referring to members as “countries”, instead taking the stance that a shared identity is more important than a line on a map.

If Kiev’s response seems an overreaction, it’s worth nothing their ire is more likely directed at CONIFA admitting the Kremlin-supported People’s Republic of Donetsk, with whom they are currently engaged in a civil war. It is instances like these that which stretch CONIFA’s claim of political neutrality close to breaking point. 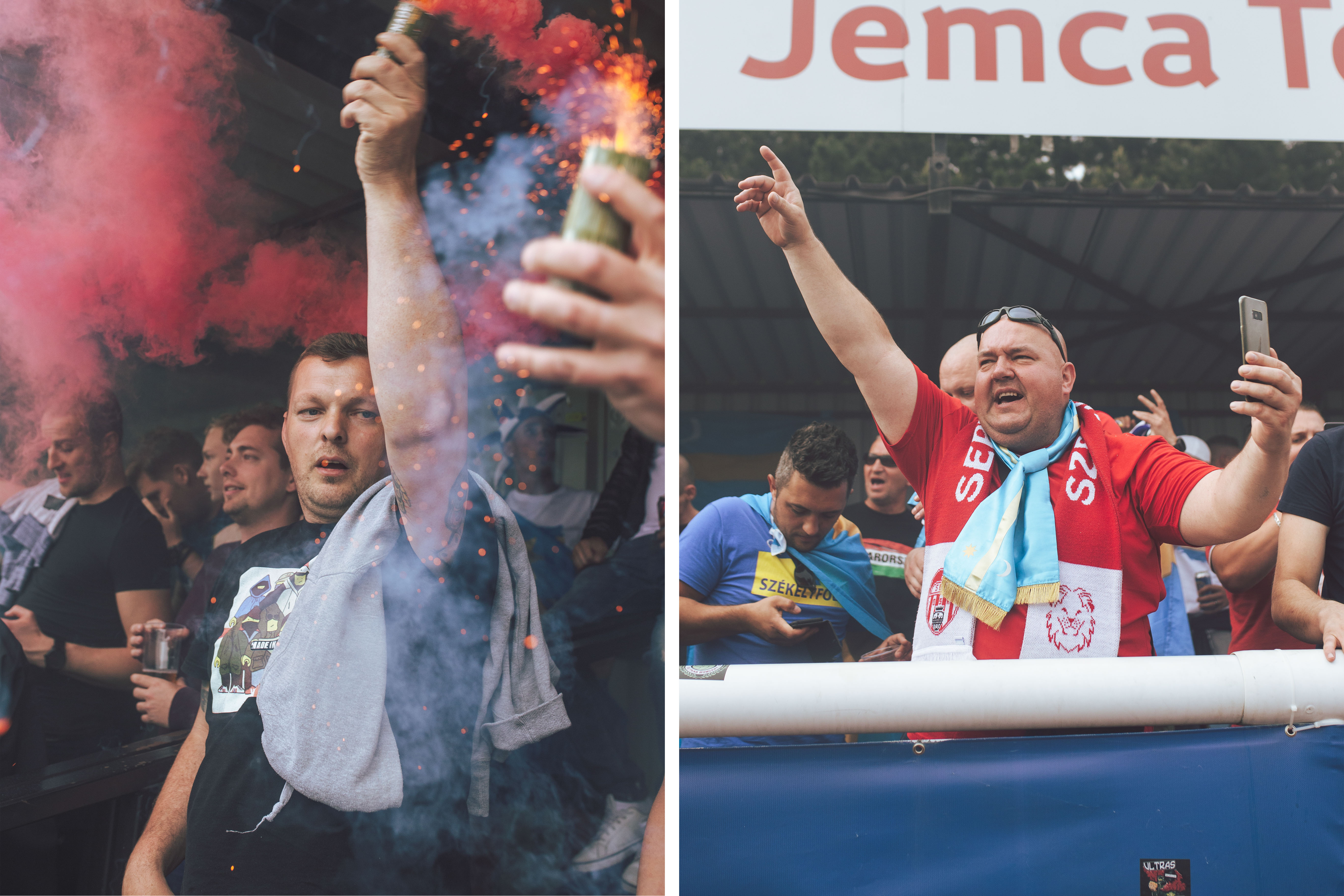 What the tournament has reminded us, however, is that things are often not as black-and-white as they appear. In this year’s final, it would have been easy to view Kárpátalja’s opponents as the pantomime villains. Northern Cyprus are a state only recognised by Turkey – and one that the wider world views it as an illegal occupation. Yet on the night of the final, the Queen Elizabeth II Stadium was filled with Turkish Cypriots from across London. “They’ll always be able to say they saw their team win the World Cup”, said one mother, who brought along her children.

Another fan, a burly, laconic man named Mehmet explained: “Greek, Turkish, it doesn’t matter to me. The poor die, no matter who you are. The rich don’t. The politicians don’t. They make the decisions and we’re the ones who die.” 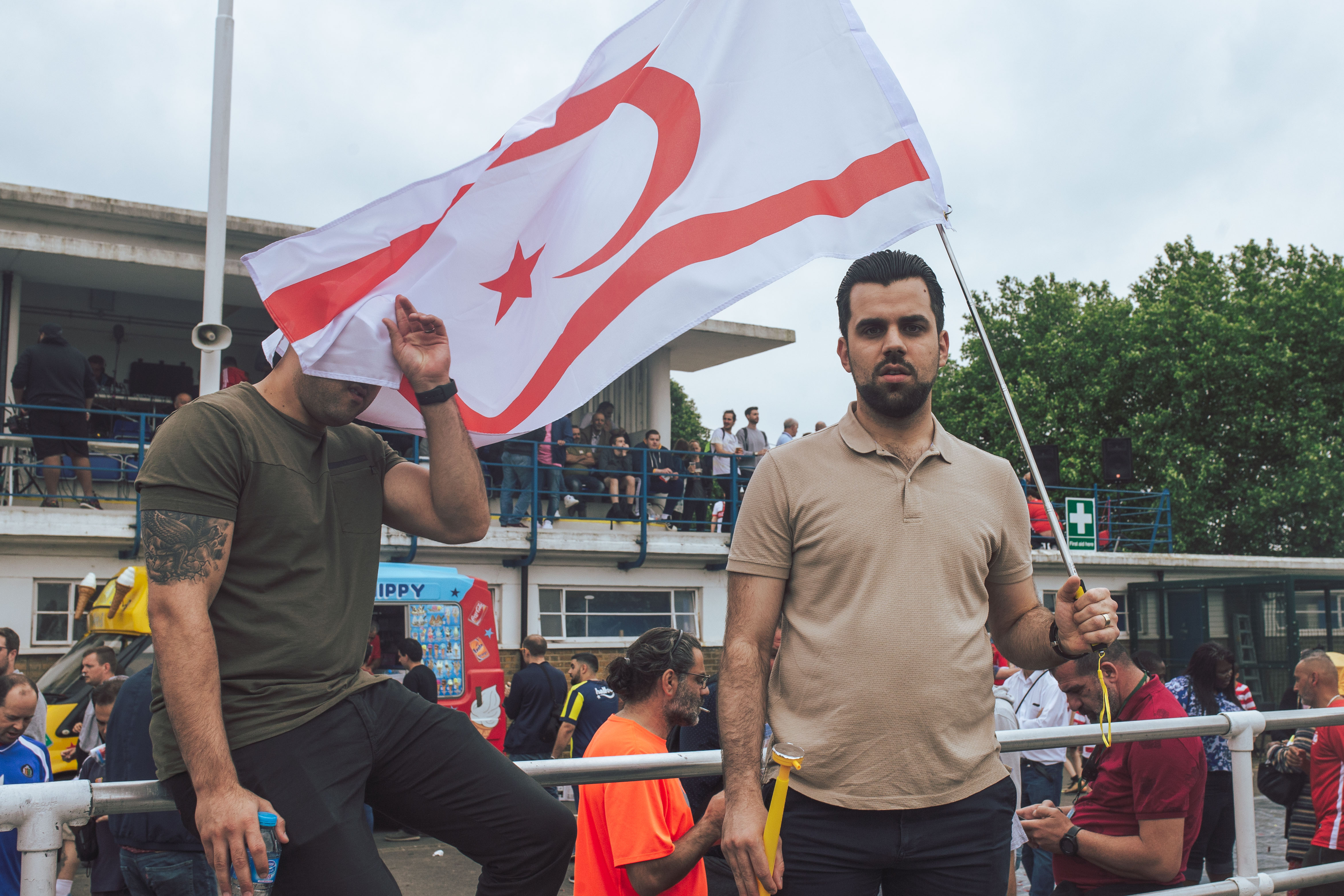 With CONIFA’s World Football Cup, the teams that take part are made up of people who have found themselves victims to forces far beyond their control. In many ways, the people of pariah states around the world are no different – they are denied even the simple joy of seeing eleven of their countrymen play football.

So, on that damp June evening in Enfield, when Alex Svedjuk managed to convert the penalty that gave Kárpátalja their first ever international title, it wasn’t just the Hungarian fans who were celebrating. There were the Koreans of Japan too, the genial Cascadians of the Pacific Northwest, as well the Ndebele people of Matabeleland, who didn’t stop dancing for the entire tournament.

It’s never been easier to be cynical about modern football, but in an increasingly divided world there is nothing that brings us together quite like it. As Haji, watching on with pride said: “You put a football down anywhere and you will see people running to it to play. That’s the power of football.” 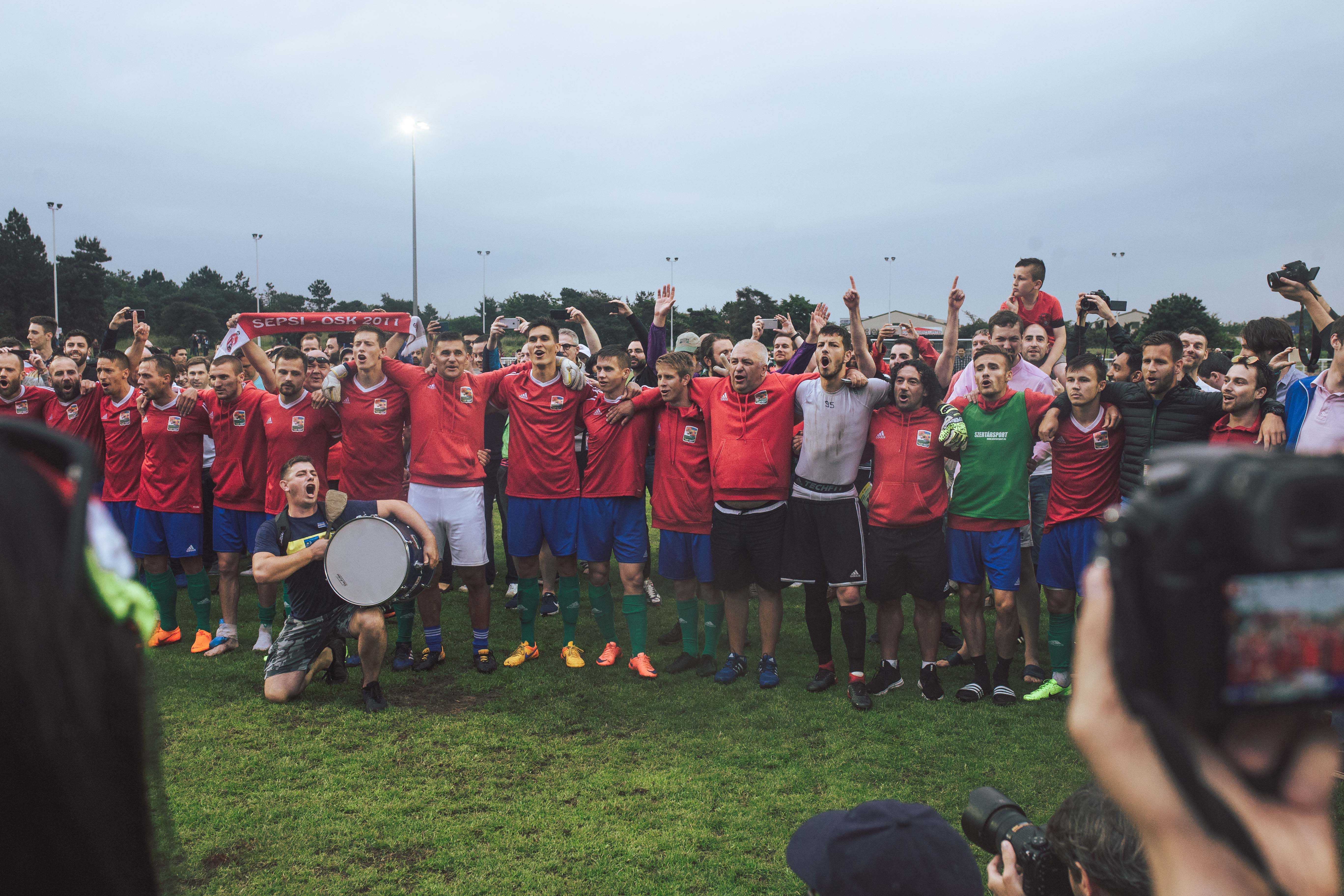 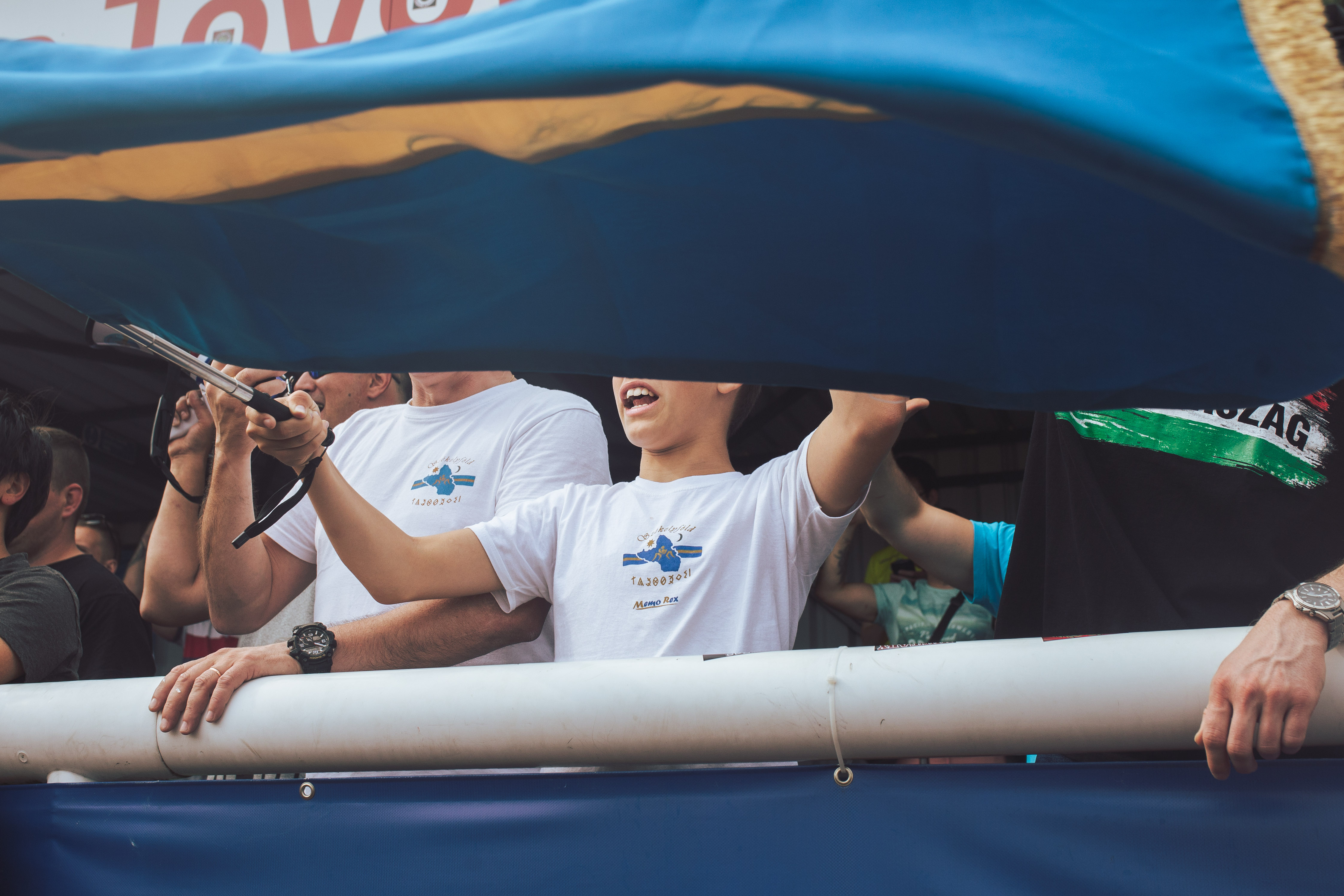 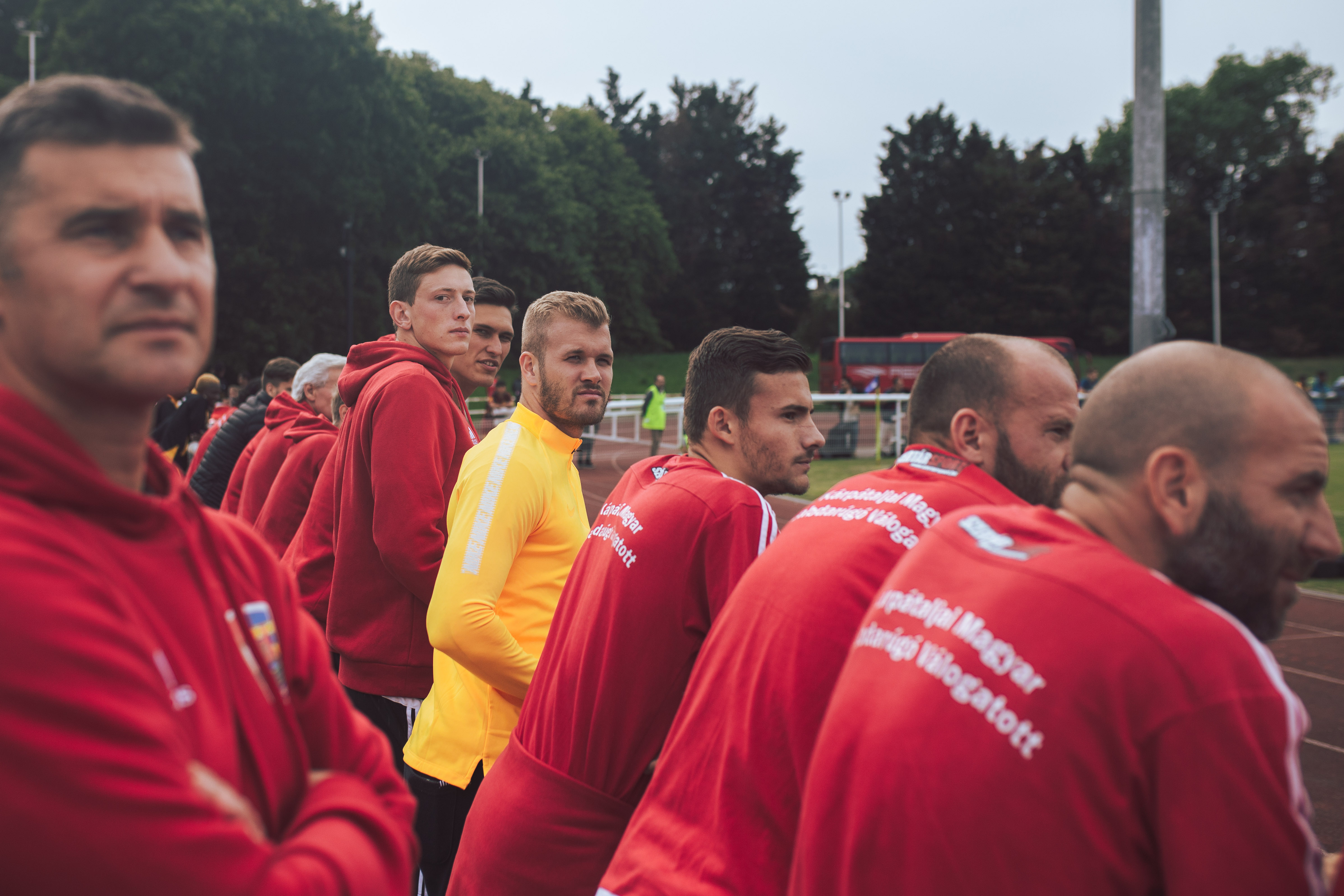 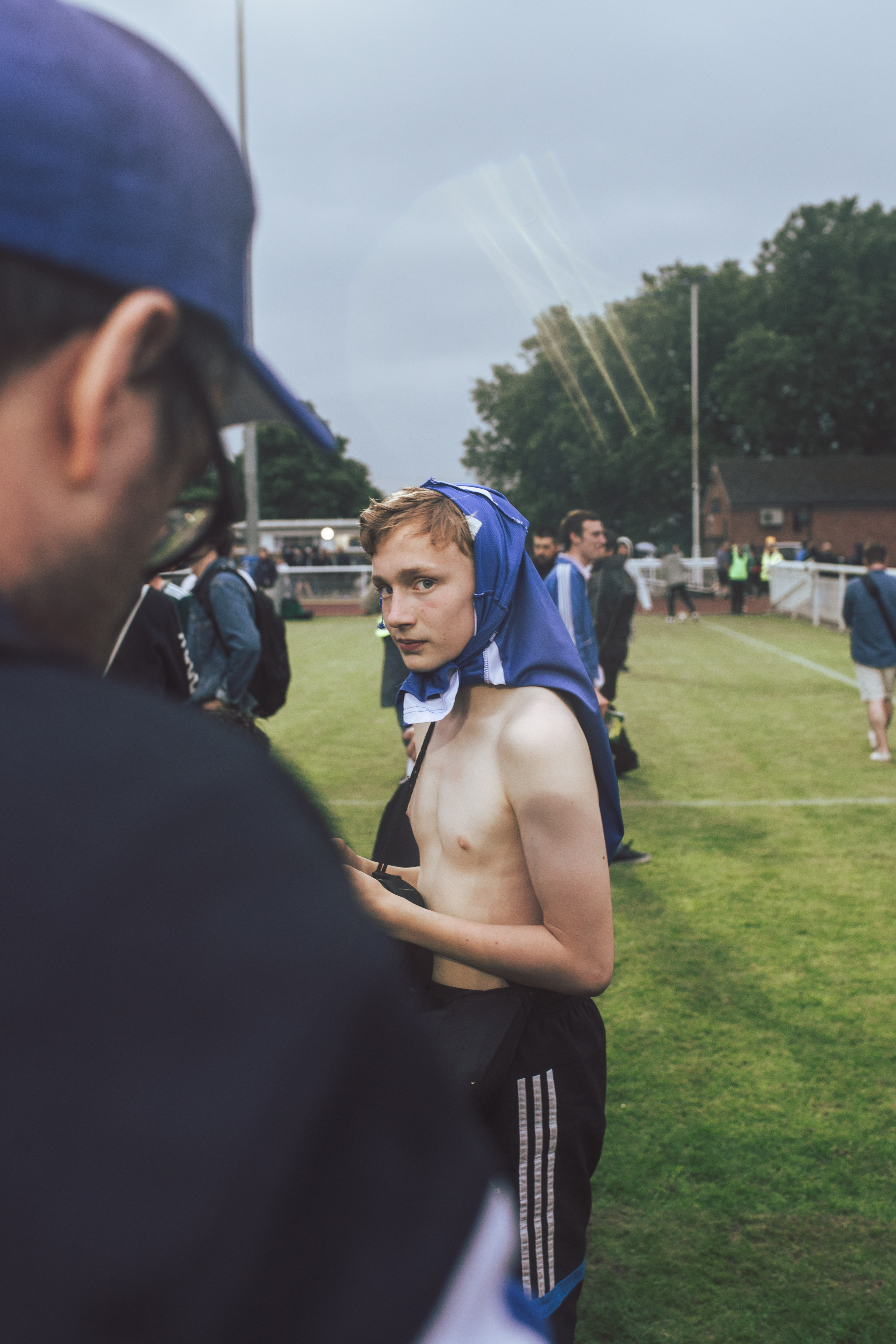 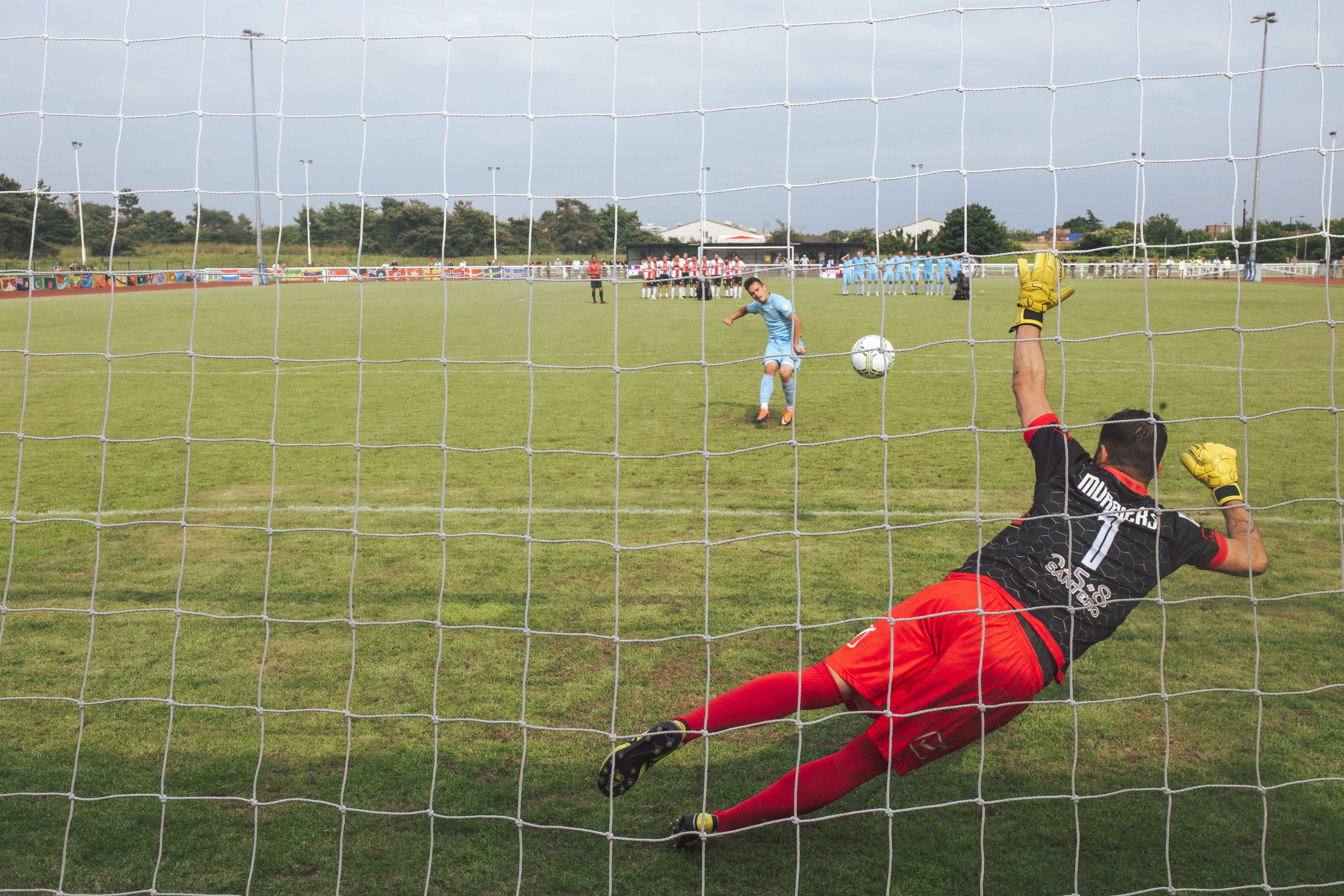 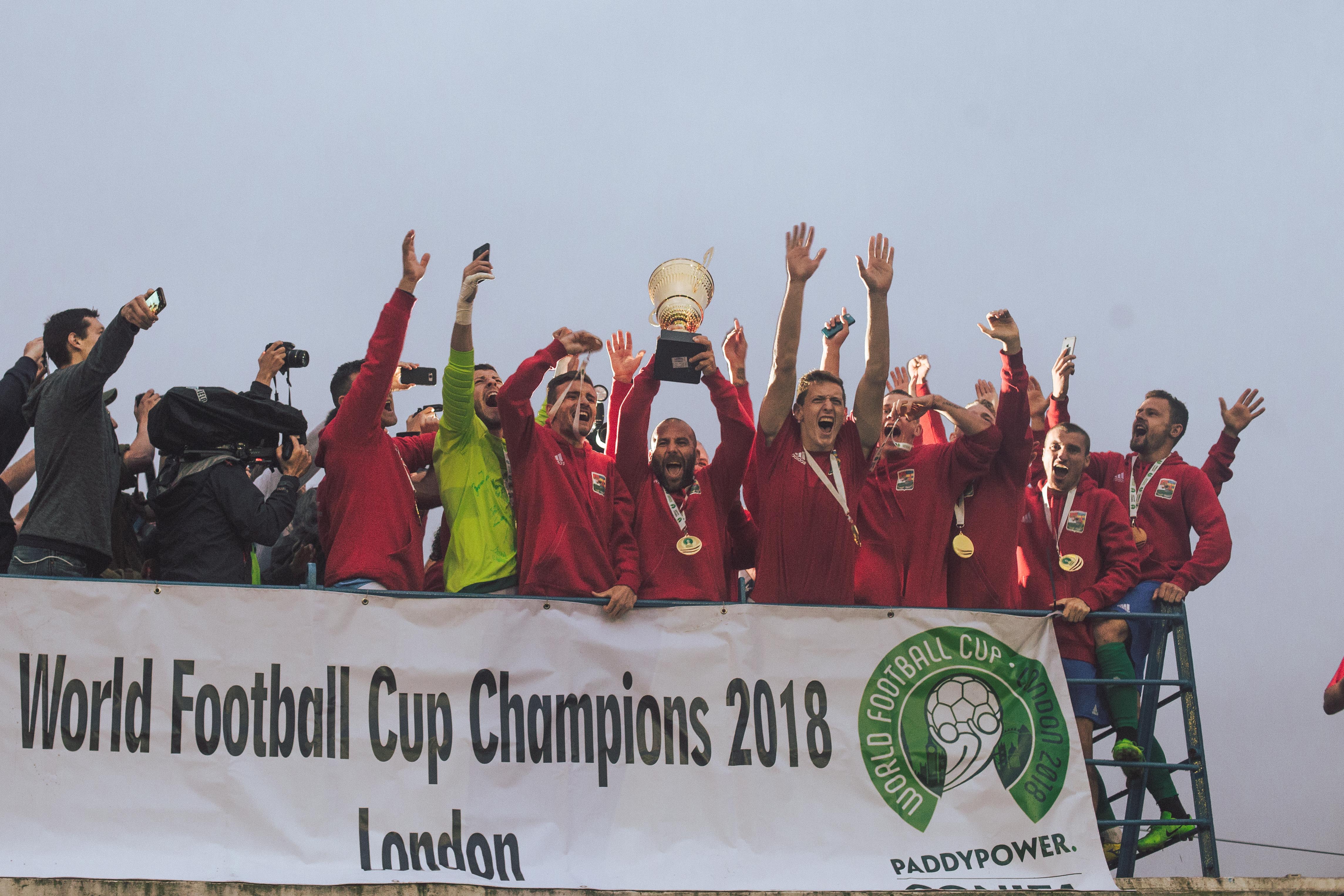 Stay tuned for more from Alt. Football: Stories from the Sidelines, throughout the World Cup.

Linkedin
RELATED ARTICLES
OTHER ARTICLES
In his 2008 series, the photographer pictured himself as Angela Davis, Martin Luther King Jr., Malcolm X, and other prominent figures.
Photographer David Corio’s archive offers a glimpse inside a revolutionary era of music and nightlife.
For over a decade, gamblers have won big by employing people to place live bets from the court. But does this dubious method still work?
Following the announcement of an 80% hike in the energy price cap from 1st October, crowds gathered outside the offices of energy regulator Ofgem to protest and declare their intention to undertake a payment strike.
As the Scottish government announces a rent freeze, an activist with Living Rent who fought and won shares how they did it, and what must come next.
A group of young Palestinians have found temporary freedom in the act of parkour, reimagining wreckage and ruins as a series of high-octane playgrounds.