Outdoor / Sport / Dance, sport and the unspoken trauma of retirement 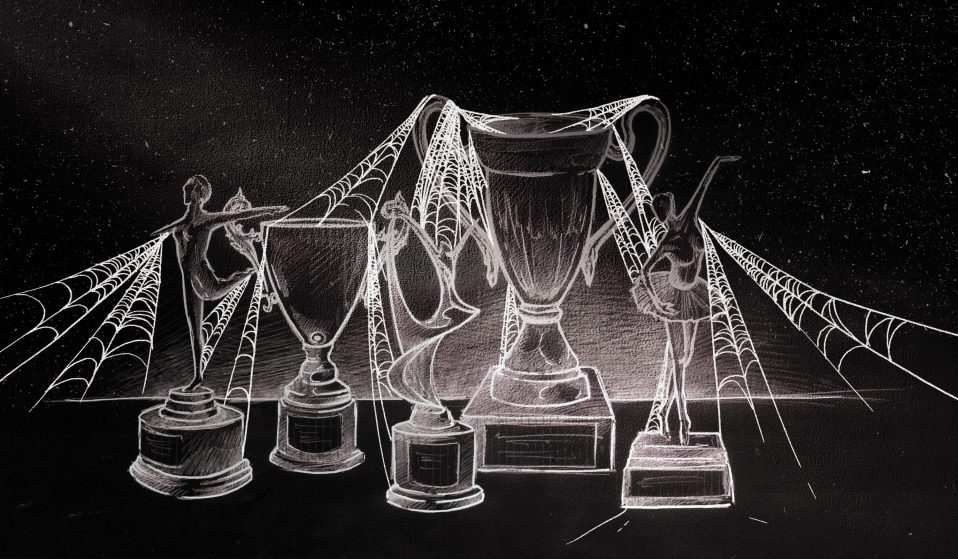 Dancers and athletes can dedicate their entire life to their career, for it then to be cut short by the time they turn 30. This point of retirement – or ‘transition’ – can present a variety of issues spanning the physical, financial and psychological.

Dancers and athletes can dedicate their entire life to their career, for it then to be cut short by the time they turn 30. This point of retirement – or ‘transition’ – can present a variety of issues spanning the physical, financial and psychological.

There are few jobs as consuming as dance. Training begins in childhood. It’s competitive. It’s physically demanding. And for many professional dancers, it’s all they’ve ever wanted to do.

But like any passionate affair, it’s short-lived. By the time a dancer reaches their 30s, it’s time to leave the stage and start a new career. The average age of retirement is only 34.

“Dancing is all-encompassing, it takes over your whole life,” says Josephine Darvill-Mills, a former dancer who is now in her final year of medical school. “It’s such a special experience, it’s hard to top.”

Josephine was dancing daily from the age of 14, joined the Royal Ballet School at 16, then trained as a contemporary dancer. When she turned 30, she began thinking about her long-term future: “I realised I couldn’t maintain the same intensity of working.”

The point of retirement (or ‘transition’), can present a variety of issues spanning the physical, financial and psychological. For Josephine, the hardest thing was rethinking her identity. “You feel almost like you’re becoming a different person,” she says. “Dance has been your everything, then suddenly that’s not who you are any more.”

In 2018, research conducted by the Professional Players Federation found that 54 per cent of UK athletes had experienced mental health concerns since retiring. The research also explored career transition, revealing that only 29 per cent of athletes were able to choose when they retired, with injury and age playing a role. Possibly, as a result, only 50 per cent of those surveyed felt in control of their lives within two years of retiring.

Dancer and choreographer Akram Khan’s on-stage career lasted longer than most, but as he entered his late 30s he talked of growing fears that his body would give in. Before his final full-length performance in 2018, he told The Guardian: “Transformation is always violent, even if it is not physically it is emotionally violent.” Similarly, Strictly Come Dancing judge Darcey Bussell has spoken about having an identity crisis and descent into depression following her retirement from the Royal Ballet at the age of 38.

Terry Hyde, a psychotherapist who runs Counselling For Dancers and a former dancer himself, says that the cause of retirement can inform how people cope. “The hardest thing to deal with is injury and personal circumstances leading to having to retire,” he says. “That’s where the anger comes in: a lack of identity is a lack of control, and everything to do with dance, especially ballet, is control.”

Every dancer has to end the routine of their entire adult life. “There’s a lot of grieving going on,” he says. “It’s not bereavement from death, but it is in a way – death of a career, death of their identity.”

The stories aren’t all negative. Mark Welford felt good about moving on when he retired from ballet aged 35, but still had to process the loss of dance. “I still occasionally have dancing dreams after 24 years,” he says. “I had quite a lot when I first stopped dancing; I was probably going through a slight mourning period.”

Londoner Mark danced with Sadler’s Wells Royal Ballet from 1978 to 1990, when the company relocated and became Birmingham Royal Ballet. (At the time, he notes that he was “suddenly the second-oldest man in the company at 30, which was quite a shock.”)

He knew he wanted to return to London and work with his friend and fellow ballet dancer Stephen Wicks. “At that time, it was very much: you can’t talk about leaving otherwise you’re going to be taken off the cast sheet,” he says. “It was hard. But I was excited and I felt that I was ready to do it.”

The pair decided to enter a new creative profession and retrain as florists. Their shop Bloomsbury Flowers has been open since 1994 and supplies flowers to the Royal Opera House where Mark and Stephen once performed.

For Nick Bodych, 31, it was an old Michael Flatley video that first got him interested in dancing. After attending a dance summer school in sixth form, he decided it was the career for him. He trained at Liverpool Institute of Performing Arts, then Rambert School, focusing on contemporary dance.

Unlike Mark’s experience, Nick was introduced to the idea of retirement in his first job. As an apprentice dancer with National Dance Company Wales, he was paired with a mentor on the cusp of transition. “He taught me a lot,” Nick says. “It’s good to be made aware of that quite early on in your career so those thoughts could be cultivated and nurtured while I’m still dancing, and you’re not just going off a cliff.”

Nick later spent five years with Richard Alston Dance Company, where he found an open culture around discussing retirement. The company held annual sessions with a charity created specifically for retiring dancers. Dancers’ Career Development (DCD) was founded in 1973 as The Dancer’s Resettlement Fund and has helped more than 2,500 UK dancers find a second career. It holds group and one-to-one sessions offering career advice and mentorship. Nick and his colleagues were encouraged to think about the future, looking at hobbies and interests they could build upon.

A global study by the aDvANCE Project suggests that preparation is key – 84 per cent of dancers who felt prepared for transition were satisfied with their new career, compared with 51 per cent of those who did not feel prepared.

“We recommend that dancers come to us as early as possible,” says Hanna Madalska-Gayer from DCD. “Every session we run tends to be quite emotional, but in a positive way. It helps people get in touch with what they’re going through.”

DCD encourage the dancers they work with to recognise their transferable skills – things such as strong teamwork, determination and creativity.

“Something that’s very hard as a dancer is to believe in yourself and your abilities outside of dance,” says Josephine. “Many people in other sectors do not understand what it takes to be a dancer. You feel like you are starting from scratch.”

“But I realised in dance that you’re learning new things every day, which many people don’t have to do. When you go into another sector and you’re having to learn a lot very quickly, you’re actually used to it.”

Although a few years from exiting dance, Nick’s awareness of retirement has helped direct his career. He’s now freelance, and exploring how his love of sport and movement could lead into a career around injury rehabilitation: “I’ve gained a good knowledge of how the body works and it could be good to help people get the most out of their bodies.”

But he’s aware of the financial obstacles too. Many dancers need qualifications to start a new career; these cost money and cut into potential working time.

There are some sources of support. The Dance Professionals Fund offers retraining bursaries, while DCD has distributed £290,000 in retraining grants between 109 dancers in the past year alone. A DCD grant allowed Mark and Stephen to complete a floristry course, refurbish their shop and get the first batch flowers they needed to open Bloomsbury Flowers.

Josephine always enjoyed sciences but didn’t get the opportunity to do science A-levels at the Royal Ballet School. She decided to pursue this and retrain as a doctor, but found that paying for a medical degree went beyond her means. DCD helped her make up the shortfall in her first year’s fees.

“I’m still a dancer at heart. But I’m a dancer doing something else now, and I can be both,” says Josephine. “That part of your identity never leaves you, you just add a new bit to it.”

Linkedin
RELATED ARTICLES
OTHER ARTICLES
Rogue landlords are exploiting young and inexperienced renters and leaving them in mental and financial turmoil, reports Niall Hignett.
A group of young Palestinians have found temporary freedom in the act of parkour, reimagining wreckage and ruins as a series of high-octane playgrounds.
A new project is documenting formerly incarcerated people as they transition back into civilian life.
The two-day long event returned to London this year, showcasing a spectacular parade, steel bands and Caribbean food.
As the Scottish government announces a rent freeze, an activist with Living Rent who fought and won shares how they did it, and what must come next.
By turning a real-life crisis into daytime television fodder, TV bosses have once again shown themselves to be completely out of touch with audiences.