Outdoor / Sport / Seven women reflect on their journeys in football 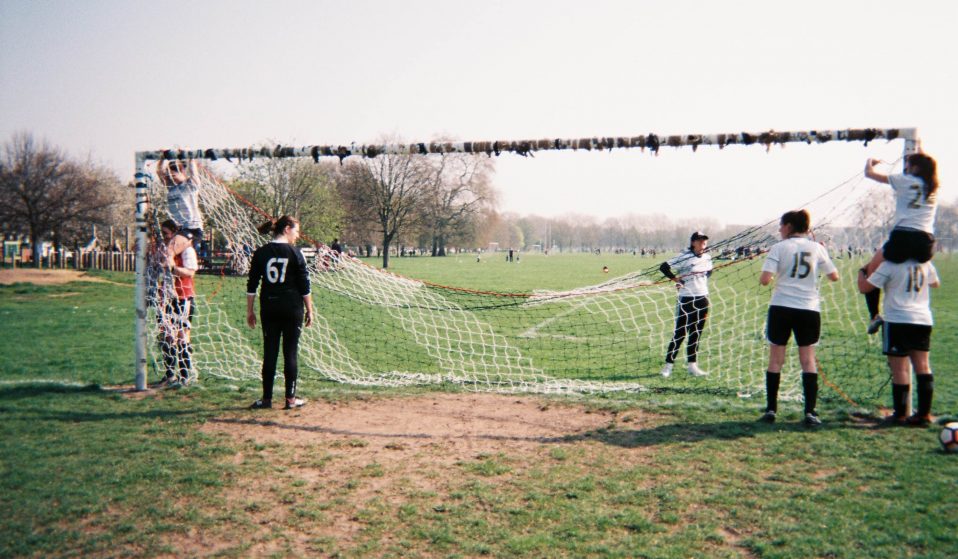 For the 2019 Women’s World Cup, photography project Goal Click asked women to share what the game means to them. Here, we share some of their responses.

For the 2019 Women’s World Cup, photography project Goal Click asked women to share what the game means to them. Here, we share some of their responses – which features grassroots players and international stars.

Goal Click’s mission is simple: provide people with an opportunity to show what football means to them.

They do that through the power of photography. Specifically, by sending analogue cameras out across the world, asking those who receive them to capture the game exactly as they see it. It’s seen them share stories from, Rwanda, Myanmar, Russia, Iraq and Nicaragua – to name just a few – offering a window into the global power of football.

For the 2019 Women’s World Cup, Goal Click have attempted to capture the collective story of women’s football today. The project – which is showing as an exhibition at The Book Club, London, until July 7; and at the Copa90 Clubhouse in Paris until June 29th, before moving to Lyon  – includes photography and text from a range of those involved: from grassroots players to international stars.

Together, they share their own personal journeys in the game, illustrating what it means to them. Below, we’ve featured condensed extracts from seven of them.

I started playing soccer in kindergarten, where I quickly realised that I loved it so much I wanted to be the best. I trained all the time at home and on my own, so my parents put me in club soccer. That extra challenge made me even more committed to get really good. I remember watching the ’99 Women’s World Cup and thinking, “I’m going to play for that team someday.” 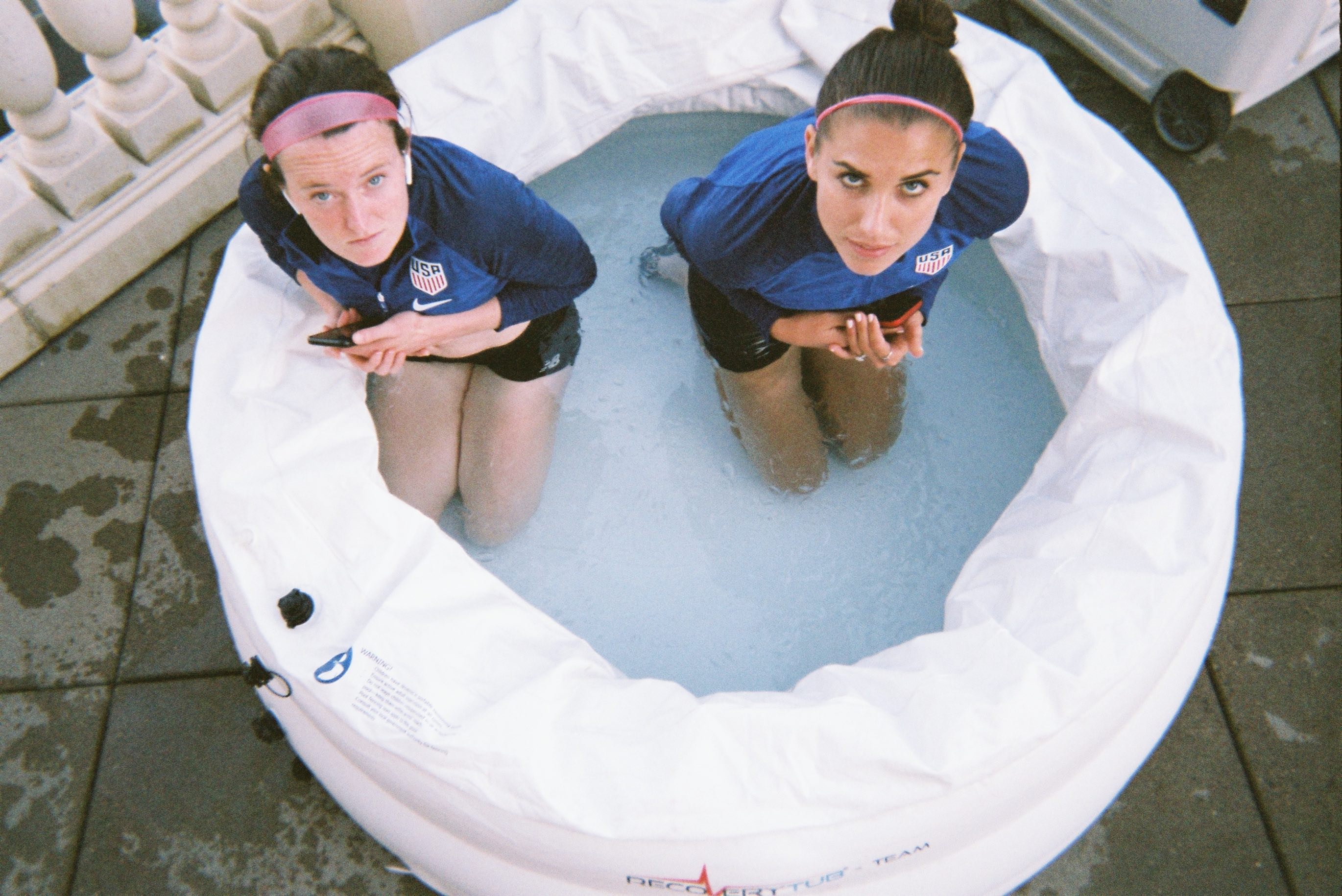 My name is Tamires Cassia Dias de Britto. I’m 31 years old, from Caeté, a small city close to Belo Horizonte – the capital of Minas Gerais. I have been playing for Fortuna Hjorring in Denmark for 4 years. I have a 9-year-old child and I’m married to [fellow footballer] César Roberto.

I started on the street, playing with my cousins and some friends. After that I played futsal in my city and others close to it. It was not easy to start with, because I was always the only girl playing with many boys, so they sometimes did not allow me to play with them. I also heard a lot of bad words like, ‘Football is for men’, ‘Get out of here’, ‘Here is not your place’, ‘Go clean a kitchen’ – things like that. Some years later I had a chance to move to São Paulo to start my career and I did not think twice. From there things started to get better. I found a club that helped me to develop my talent, I started to get some chances with the national team and also started to play in big tournaments.

I currently play for the Thailand WNT. I just graduated from University of California, Berkeley [having] played soccer/futbol for them for the past 4 years. My journey began with me playing football for the local club team of my hometown. After a few years of fun, I moved clubs to get a more competitive experience elsewhere, before I got recruited for college.

I prepared for the 2019 World Cup in many different ways. In August of last year I was playing with my college team for my final season. As that ended I had to still finish school – therefore I was very limited in what I could do for training. I decided to train with a boys youth team and do weight workouts on my own, while casually hopping back into college practices when I felt like I needed extra touches. It was a difficult process, but I did this until I could make it to the Thai camp after I graduated. I was writing my thesis while I trained too – it was about how the definition of sex work has changed and how technological advances have affected this definition. 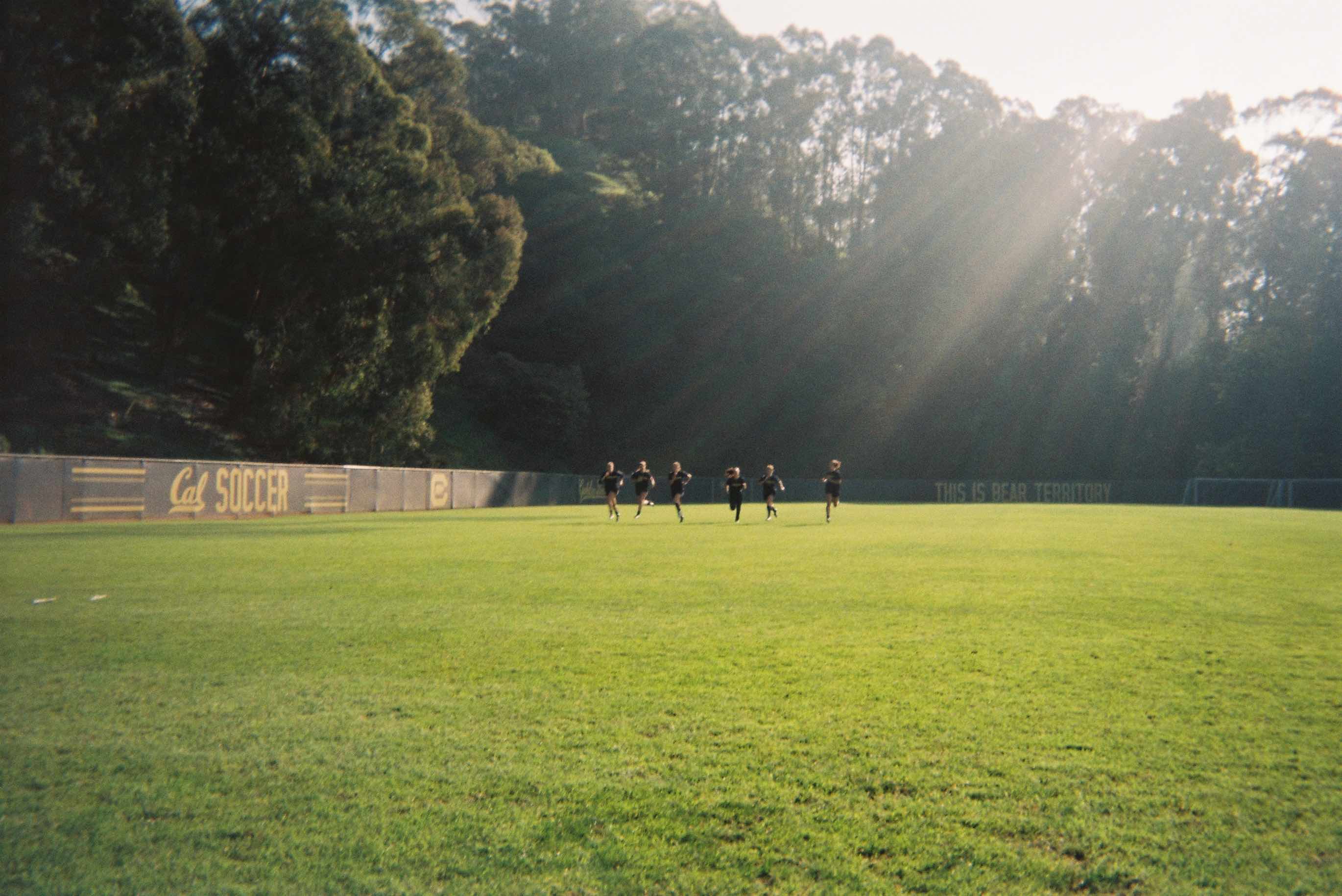 I started kicking a football around when I was 5 or 6 with my brother and some of the other boys who lived in our street. I followed my brother to club football when I was 7 and have been playing every single day since. When I began, I just loved playing. I was the only girl in a boy’s team for six years. I loved the challenge, I loved proving people wrong, I loved winning – but mostly, I loved getting better. Mum would often threaten that I wouldn’t be allowed to train if I was acting up when I was younger, and, to me, it was the ultimate threat and would put me straight back into line.

Eventually, I was identified for a representative program in Victoria where I would train most days and play against boys. From there, I made state teams and then the U17 and U20 Young Matildas teams. After a few years of steady progress in the W-League, I was called into my first Matildas camp at 17 years old. I played at Melbourne Victory for 7 years, winning a title as Captain in my final season there. In 2015, I made the move across to Melbourne City where I was a part of a history-making, undefeated, premiership and championship winning team. The following two seasons we won two more, back-to-back championships in which I had the privilege of leading the team.

I’ve also played in America for the last 6 years. Two years in Portland, two in Orlando, and I am now in my second season with Seattle. I’m very proud of my achievements in football, but mostly I’m proud of the way I’ve been able to come back from setbacks and life hurdles and still be able to compete and better myself every day. I’ve been injured a lot, in many cases during major tournaments. And I also lost my father suddenly at the end of last year. Within this, football suddenly doesn’t feel as important, but one thing I’ve learnt is that the people, the unity and the family that you develop with people within football are the most important part of all of it. And for those relationships, I’m forever grateful. 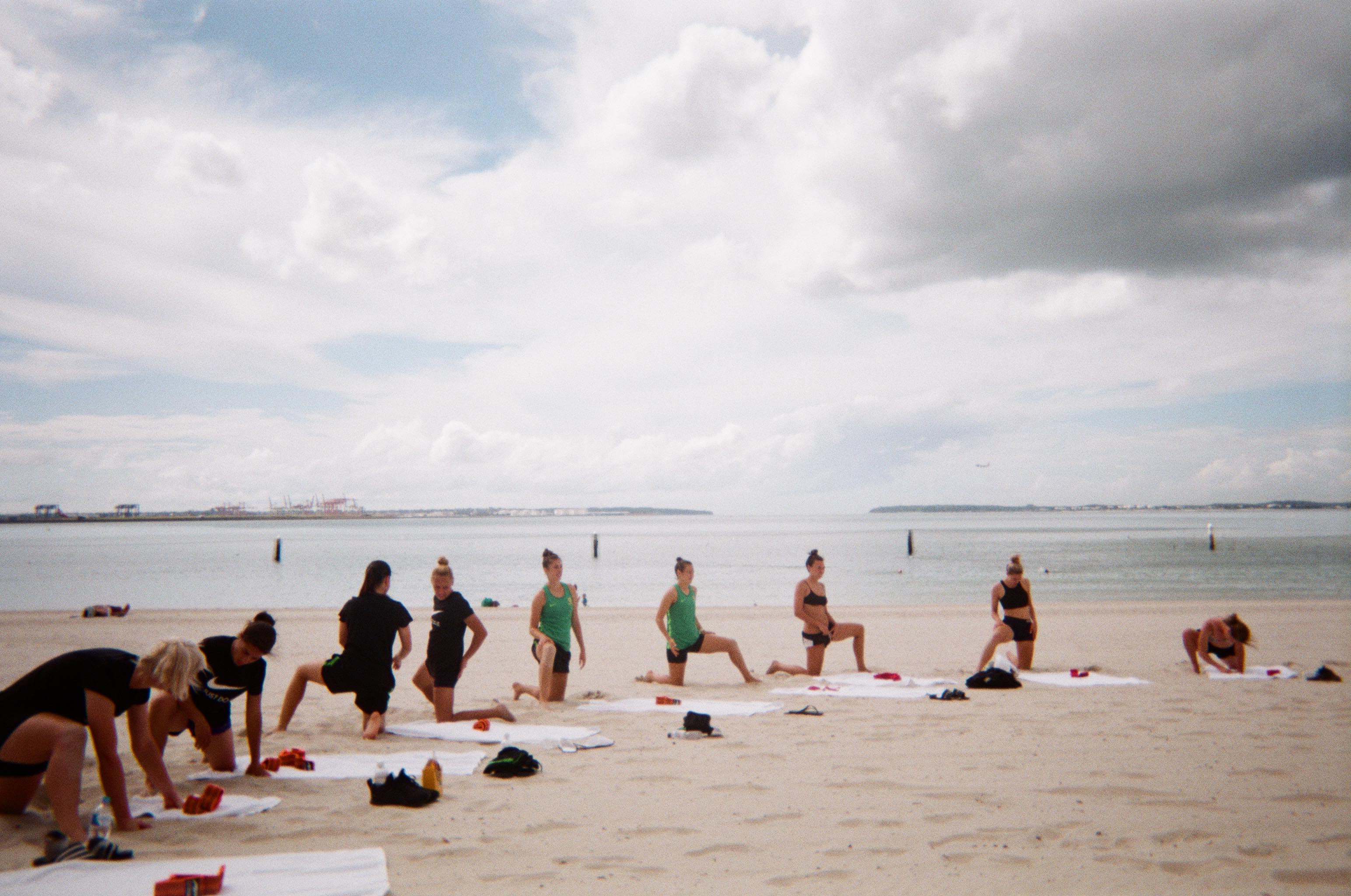 I’m Katy Castle, I live in London and play football several times a week as part of Goal Diggers Football Club (GDFC), a non-profit grassroots London club set up by Fleur Cousens in 2015. The aim of the club is to make football more available and accessible to all women and non-binary people regardless of previous experience or ability, and to create an environment where everyone feels welcome and encouraged.

We have a weekly training session and play in several leagues. A typical week for me would be to play five-a-side on Mondays, or seven-a-side on Tuesdays, and go to training on Wednesdays. In the winter there’s 11-a-side on Saturdays. I didn’t start playing football until I was 18 so I’m always trying to learn, trying to improve. It’s highly addictive.

I go to Yuwa School and am in 10th grade, and also play football. I am the youngest daughter in my family. I like photography – I like to take photos of nature and my friends because that is how sometimes I express my happiness. I feel very close to nature when I take photos.

I play football in the evenings at 3:45pm from Tuesday to Friday. On Mondays I go for coaching. My football practice on Sunday is early in the morning, so I catch the bus at Irba and then start playing football by 5:50am. The ground where I practice with my team is in Hesatu, which is 2-3km away from my house. So on Sundays I take the Yuwa bus and return to the Yuwa House at 8:45am, and then I have a coaches’ meeting, because I am planning to coach and earn money to pay my own school fees and be independent.

The team that I play with, the “Rockstars”, was formed in 2013.  The players come from different villages. I think we’re quite a special team – [we] have played on many different fields. We have had to keep shifting the places where we play because the farmers would get jealous and start to plough their fields so as to not allow us to play there. We’ve never had a permanent place to play. Nowadays we play in Hesatu. Although that is still not a permanent place, we make do with what we can. 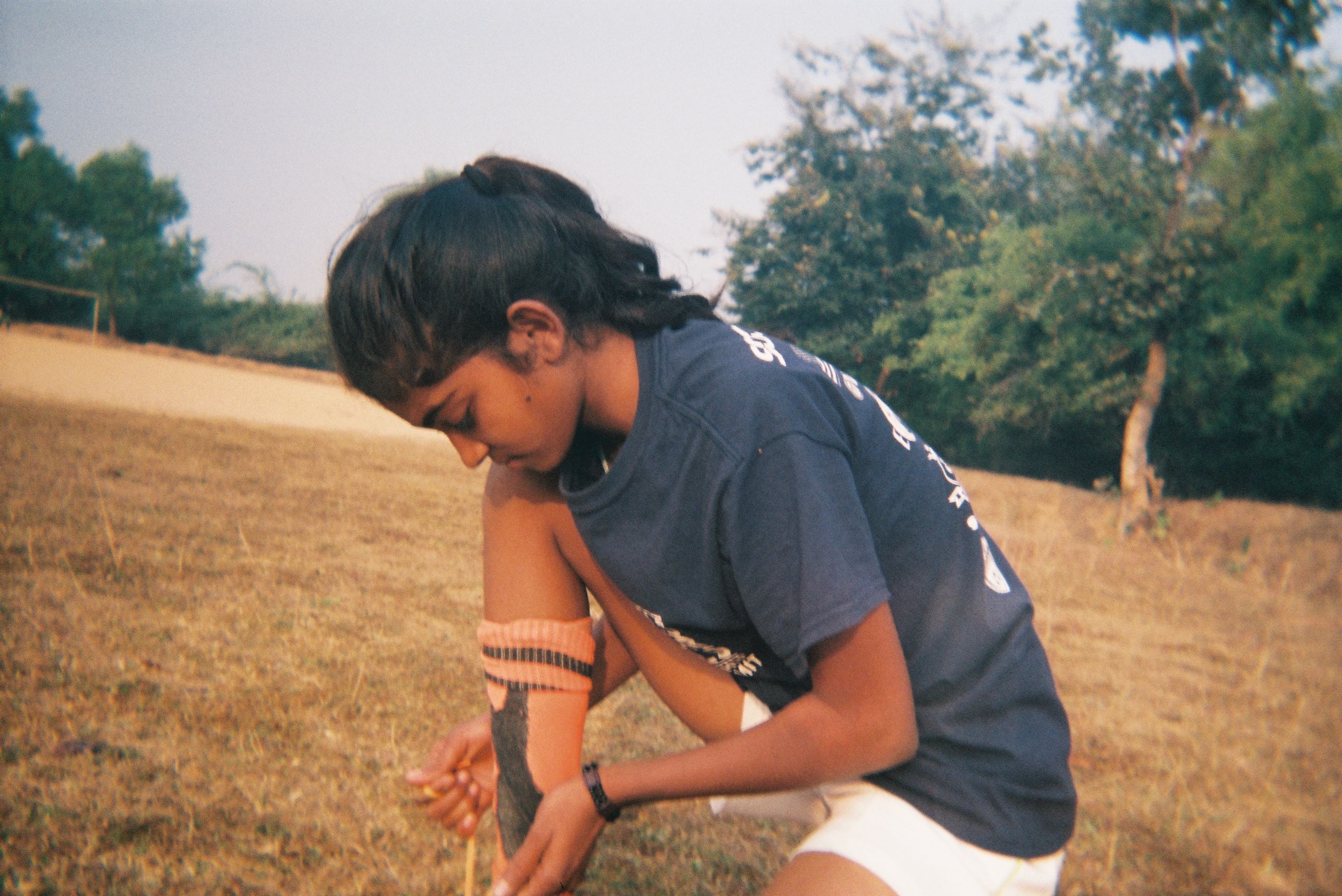 I played football at a very young age during my primary school days. I got involved in football because my neighbours were all playing football. The champions for the Tonga Football Competition were from my village, Lotoha’apai FC. It’s the smallest village in Tongatapu, the main island of Tonga. Seeing Lotoha’apai as champions in Tonga gave me more strength to play football and one day to be the best in women’s football in Tonga.

In 2009 I joined the Just Play program that was funded by the Australian government. It was a social program but using football as a tool to deliver a healthy message. The program helped me to know about our social issues in Tonga and how to avoid the issues that we face in Tonga. 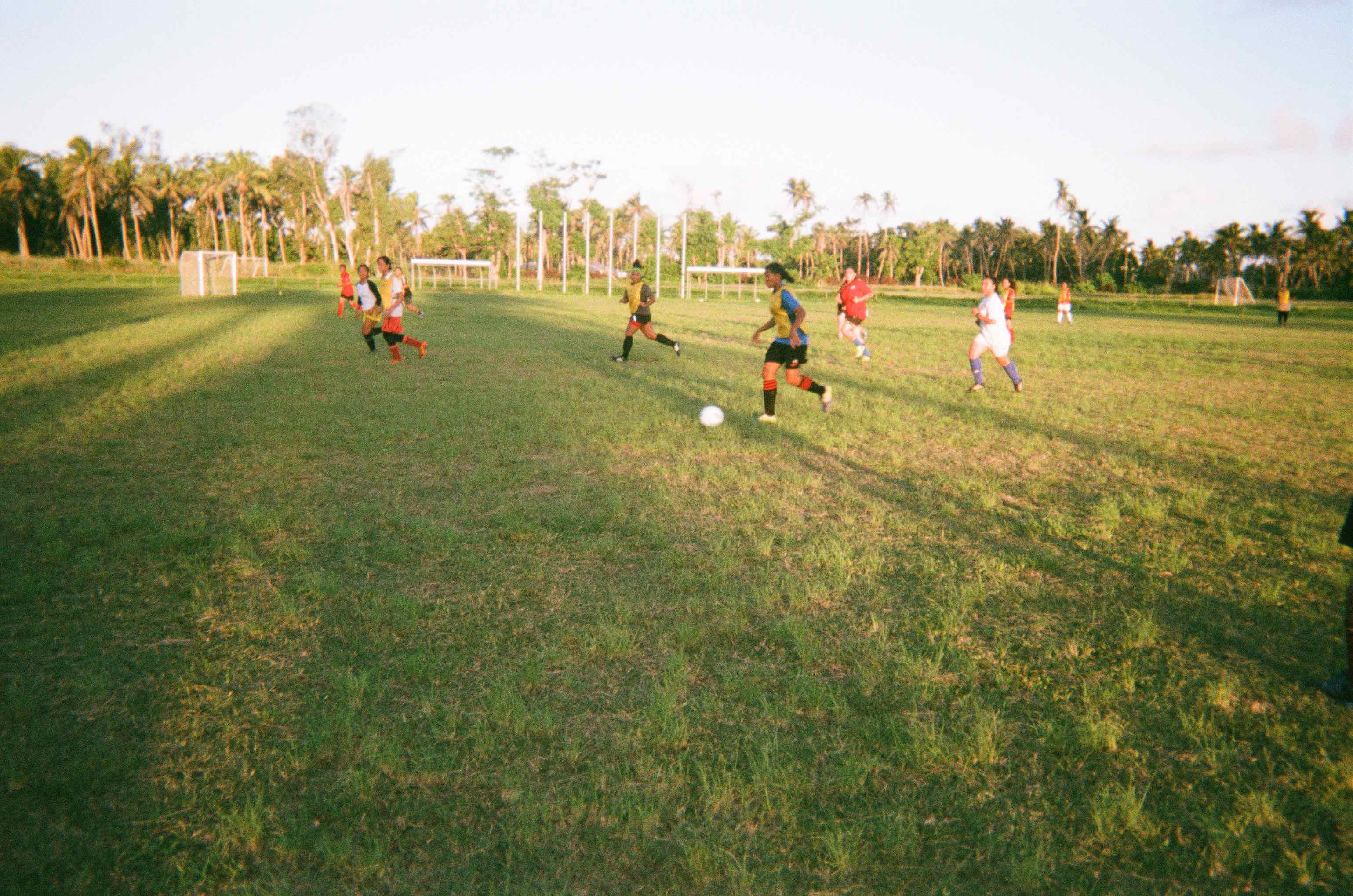 Goal Click’s Women’s World Cup exhibition is showing at London’s The Book Club until 7 July, 2019, as well as at the Copa90 Clubhouse in Paris until June 29.

Linkedin
RELATED ARTICLES
OTHER ARTICLES
A 37-year-old woman shares how her abortion led her to become a clinic worker, and the abuse she’s received in that role.
For over a decade, gamblers have won big by employing people to place live bets from the court. But does this dubious method still work?
As the Scottish government announces a rent freeze, an activist with Living Rent who fought and won shares how they did it, and what must come next.
Sean Maung’s photos are a love letter to the Black and brown communities that make up New York.
With skyrocketing rents, packed out viewings, bidding wars and more, renting in London has never been harder.
Birdy Chu reflects on documenting the historic moment in which the territory was formally passed back from the UK to China.