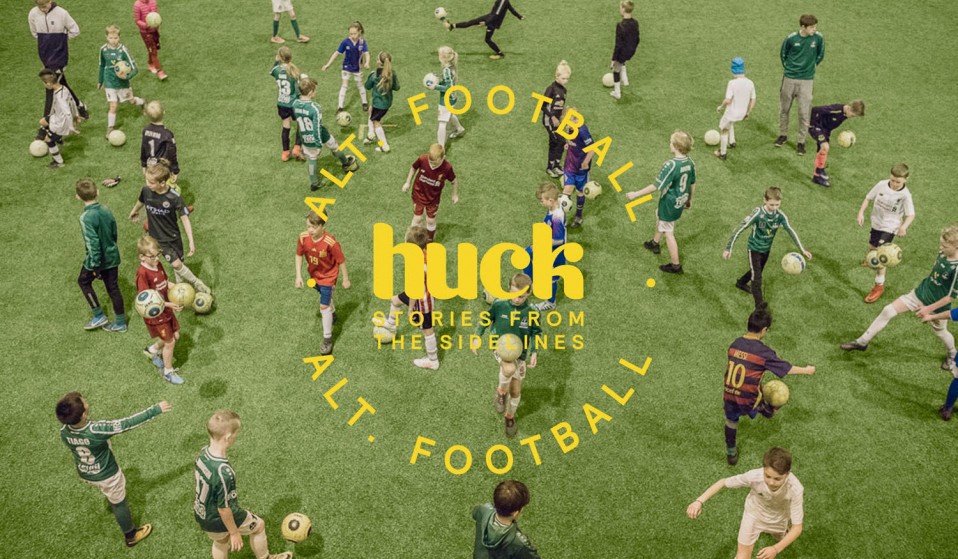 Photographer Matteo de Mayda captures Icelandic footballers and fans as they prepare for one of the biggest sporting events in their country’s history.

Photographer Matteo de Mayda captures Icelandic footballers and fans as they prepare for one of the biggest sporting events in their country’s history.

With a population of 340,000, Iceland is officially the smallest-ever country ever to take part in the Fifa World Cup. After Italy failed to qualify for the World Cup in November 2017 – the first time since 1958 – Italian photographer Matteo de Mayda and journalist Cosimo Bizzarri were keen to understand how a country like Iceland was able to qualify, “despite a population more or less the same as Bari, a city in southern Italy,” explains De Mayda.

Their approach was not to make a piece for football experts, but rather a project focused on the Icelandic team as a cultural phenomenon, with an angle that would appeal to not only sports fans, but also to the general public. 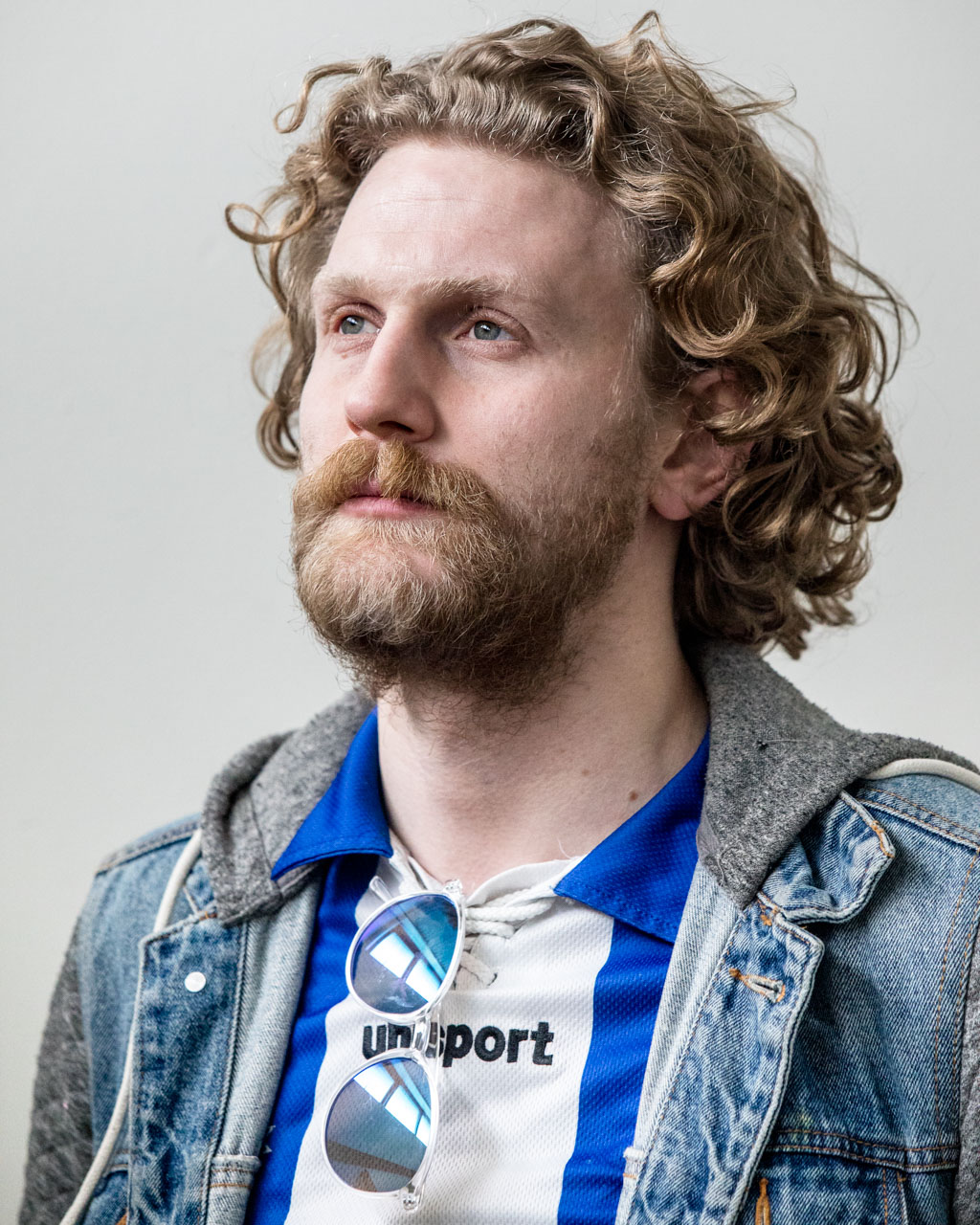 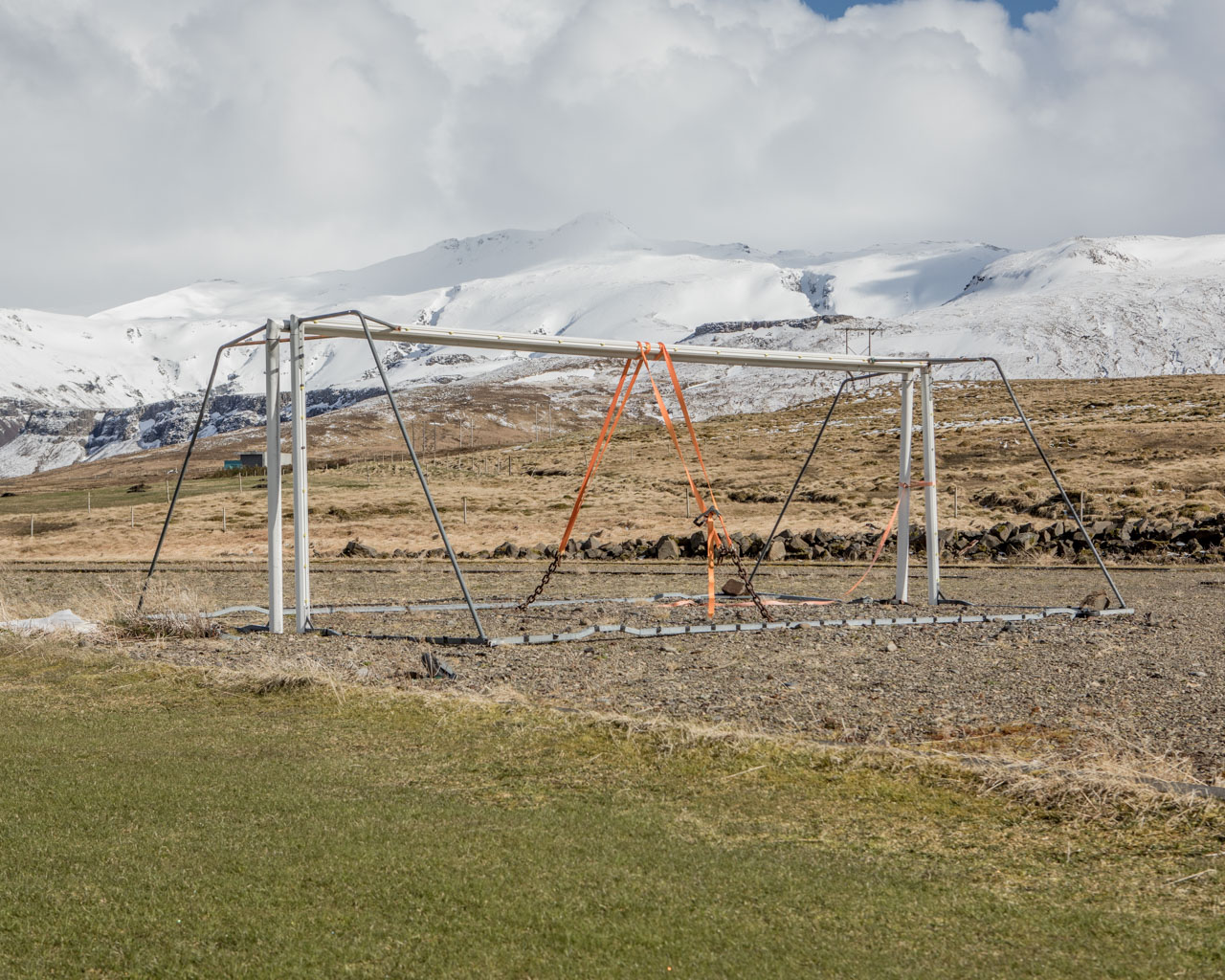 In total, De Mayda spent nine days in the country, taking a few days out to explore the surroundings of Iceland’s capital, Reykjavik.

“Everyone knows that Iceland is beautiful, but I was really struck by the richness of the landscapes,” says De Mayda. “Everywhere I turned was a continual surprise.” Looking back, he says one of the most beautiful places he visited was the Snæfellsnes peninsula, the setting of Jules Verne’s novel Journey to the Centre of the Earth. “Another great place was the Vestmannaeyjar archipelago, home to some of the most beautiful football fields of the world,” adds the photographer. 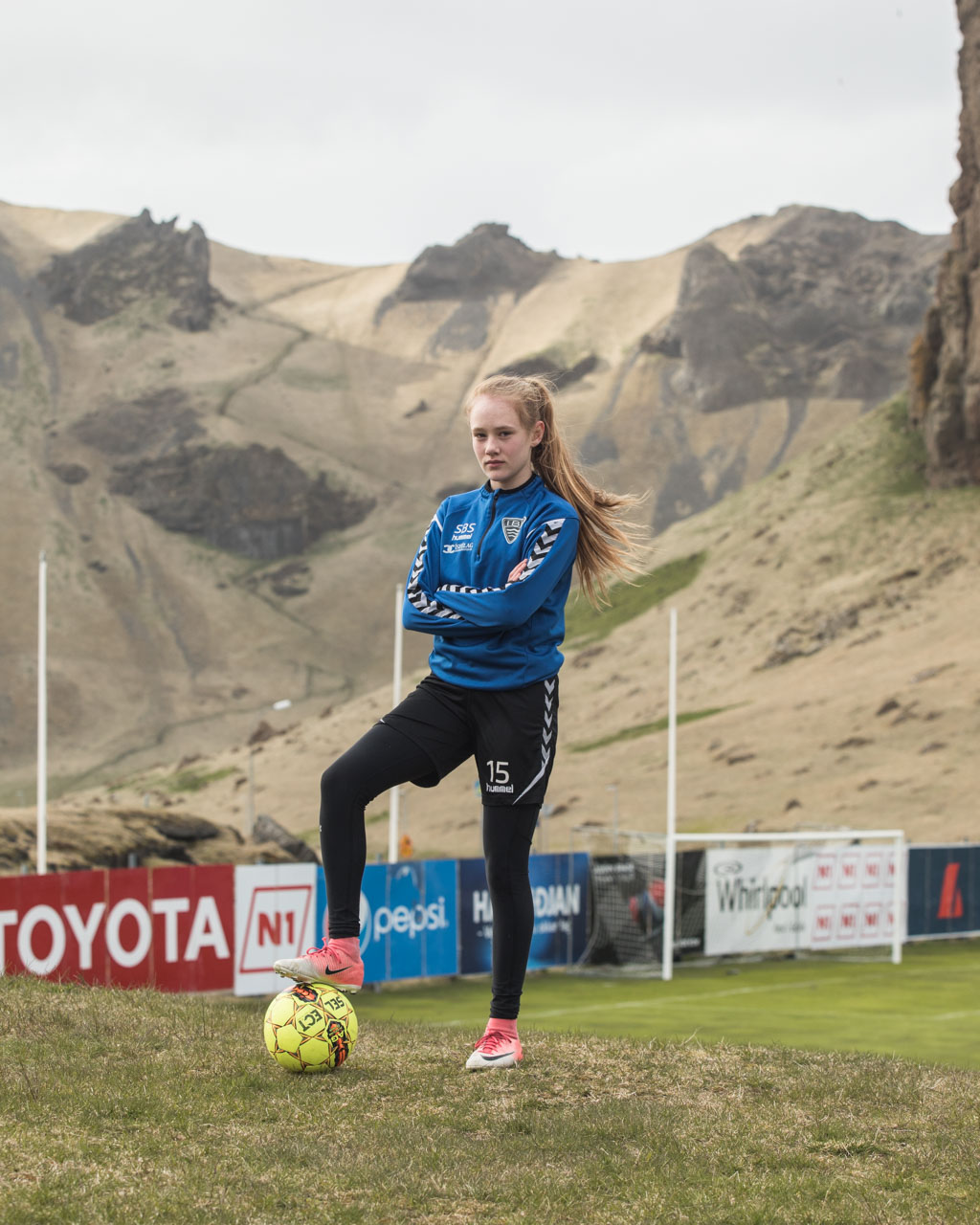 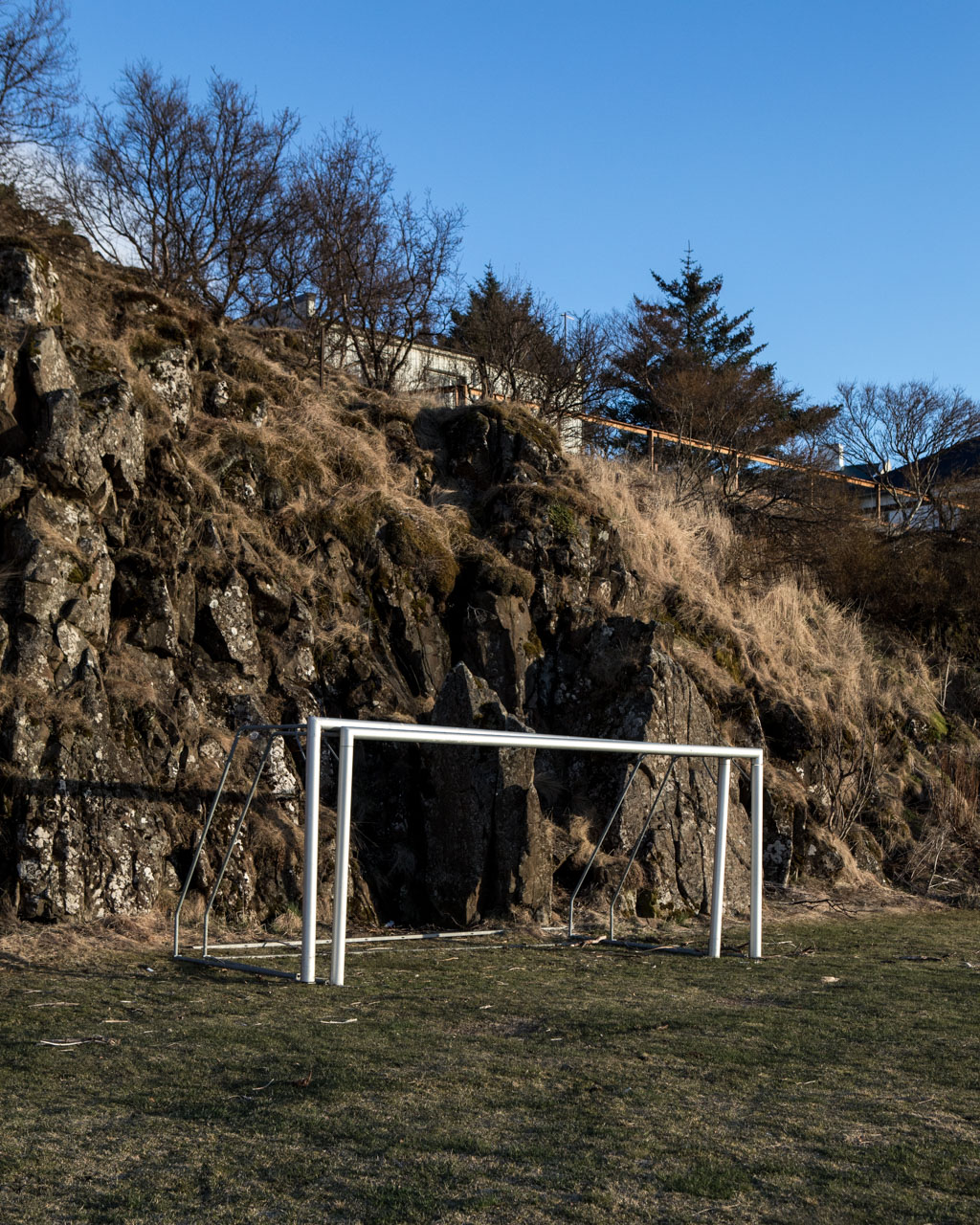 In the images, the scale is emphasised by De Mayda’s high vantage point. Players in green and blue are seen dotted on the pitch while a contoured rock face towers above them; the snow-covered Snæfellsjökull volcano is seen rising behind goal posts at Olafsvik, on the Snæfellsnes peninsula; and the white dome erected over the indoor pitch of the Hamar team looks part of the remote snowy landscape.

In the last 15 years, the Football Association of Iceland (KSI) has invested in over 150 futsal fields and around 30 full-size all-weather pitches across the country to kindle enthusiasm in the sport – an initiative that seems to be working. Asked what the general feeling was among the country’s inhabitants about its participation in the World Cup, De Mayda responds simply by saying that on Iceland’s World Cup debut, 99.6 per cent of its TV viewers tuned in to watch the game.

“They’re really crazy about football,” he says. “It’s a miracle for them to be at the World Cup.” 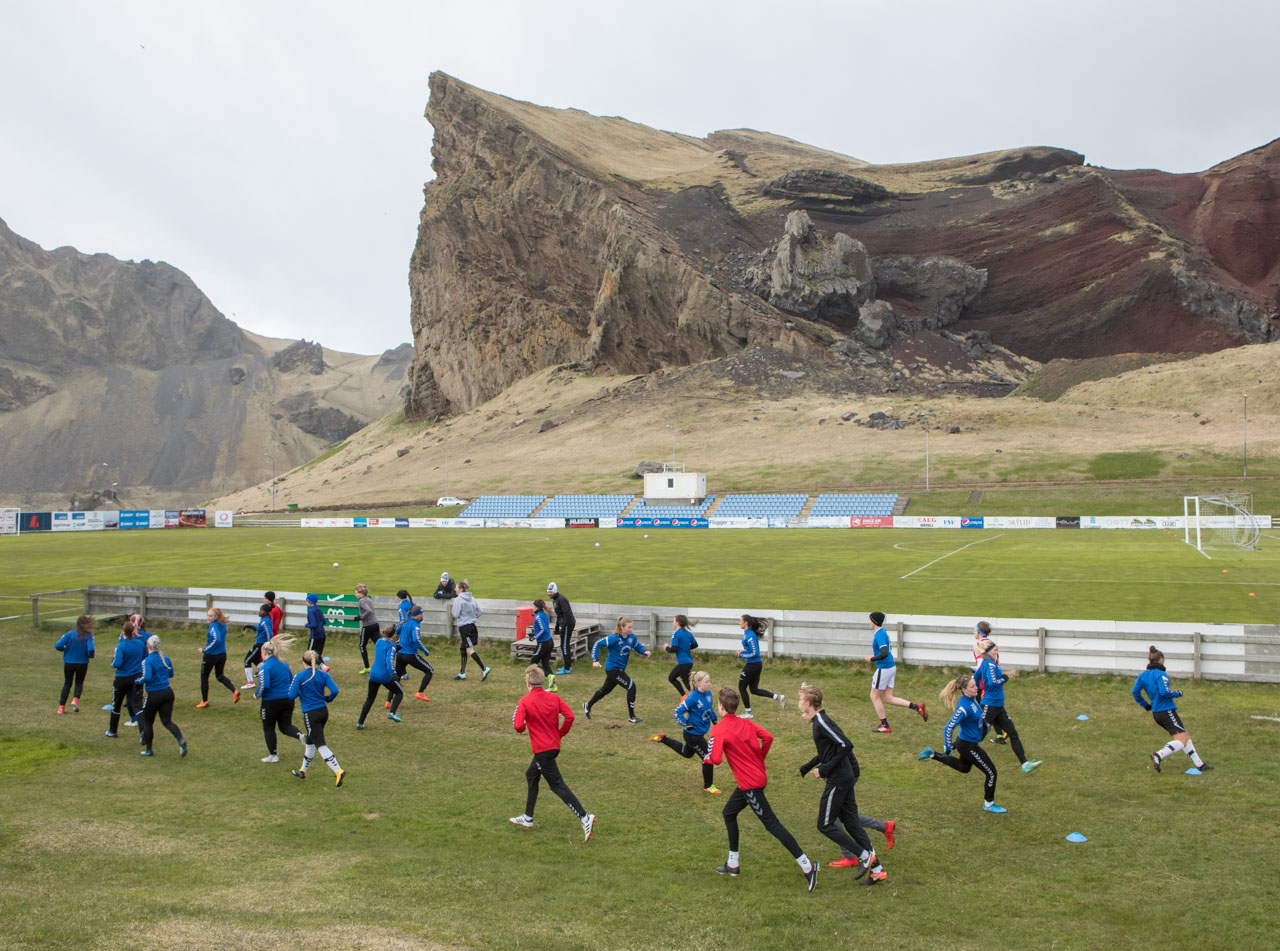 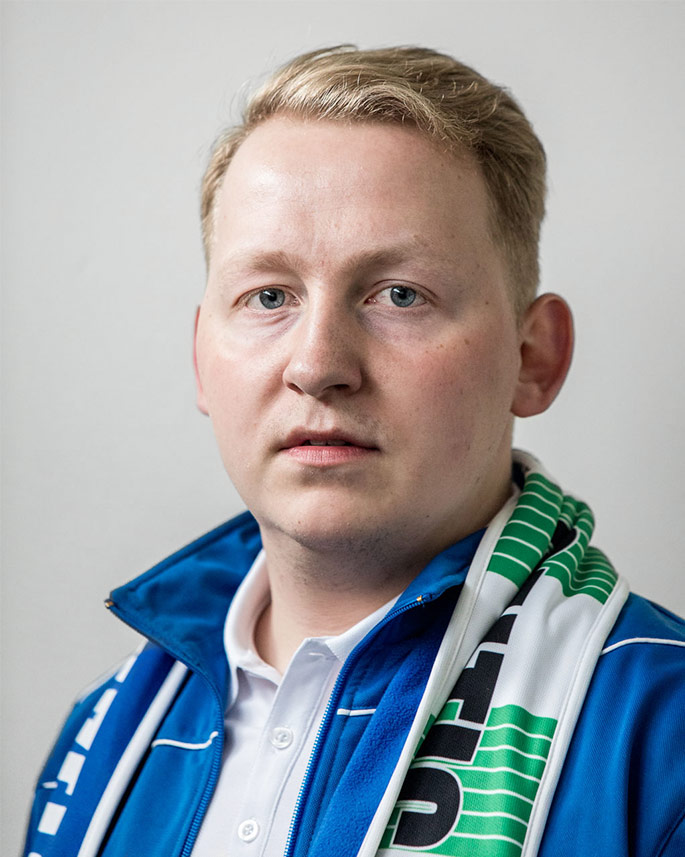 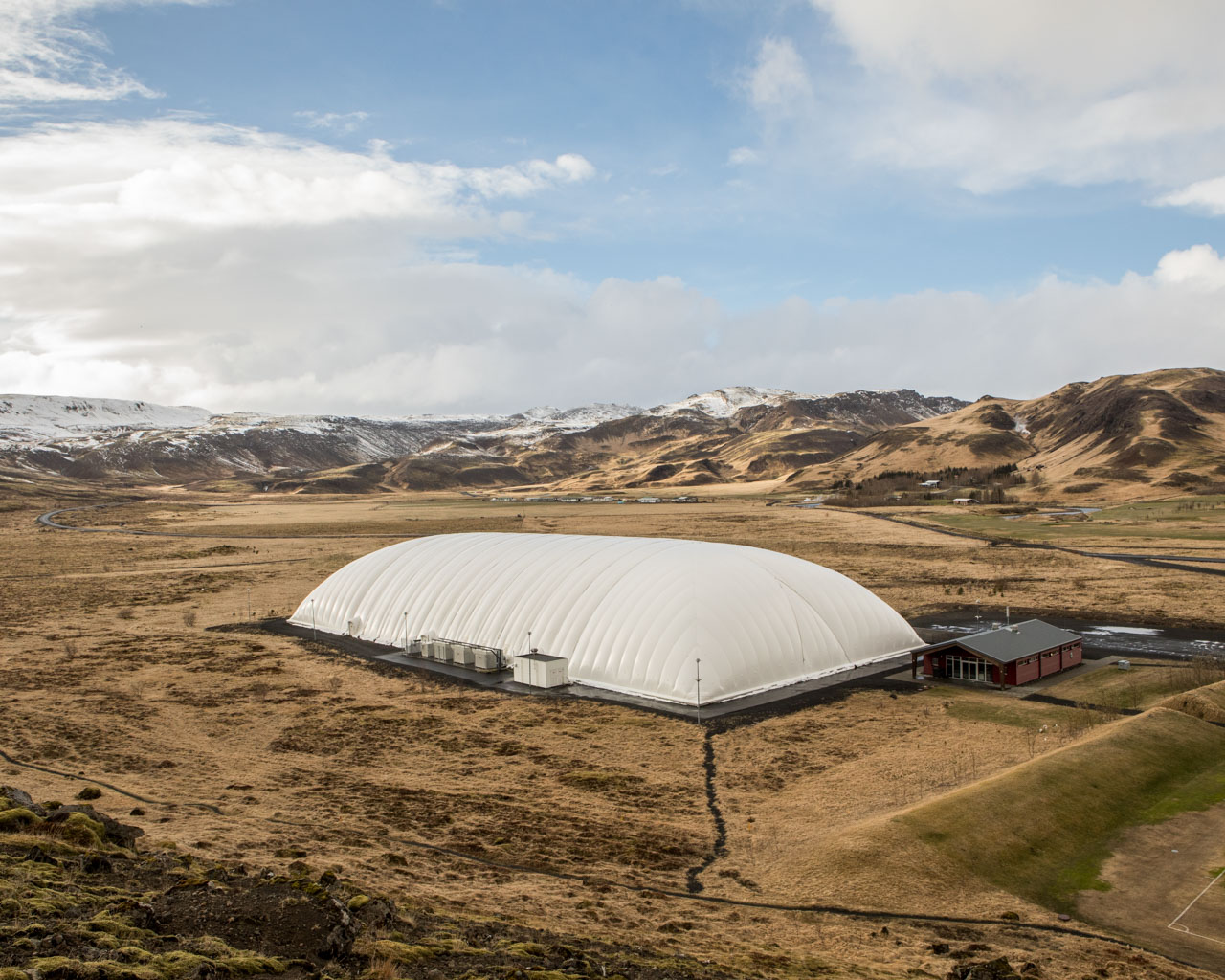 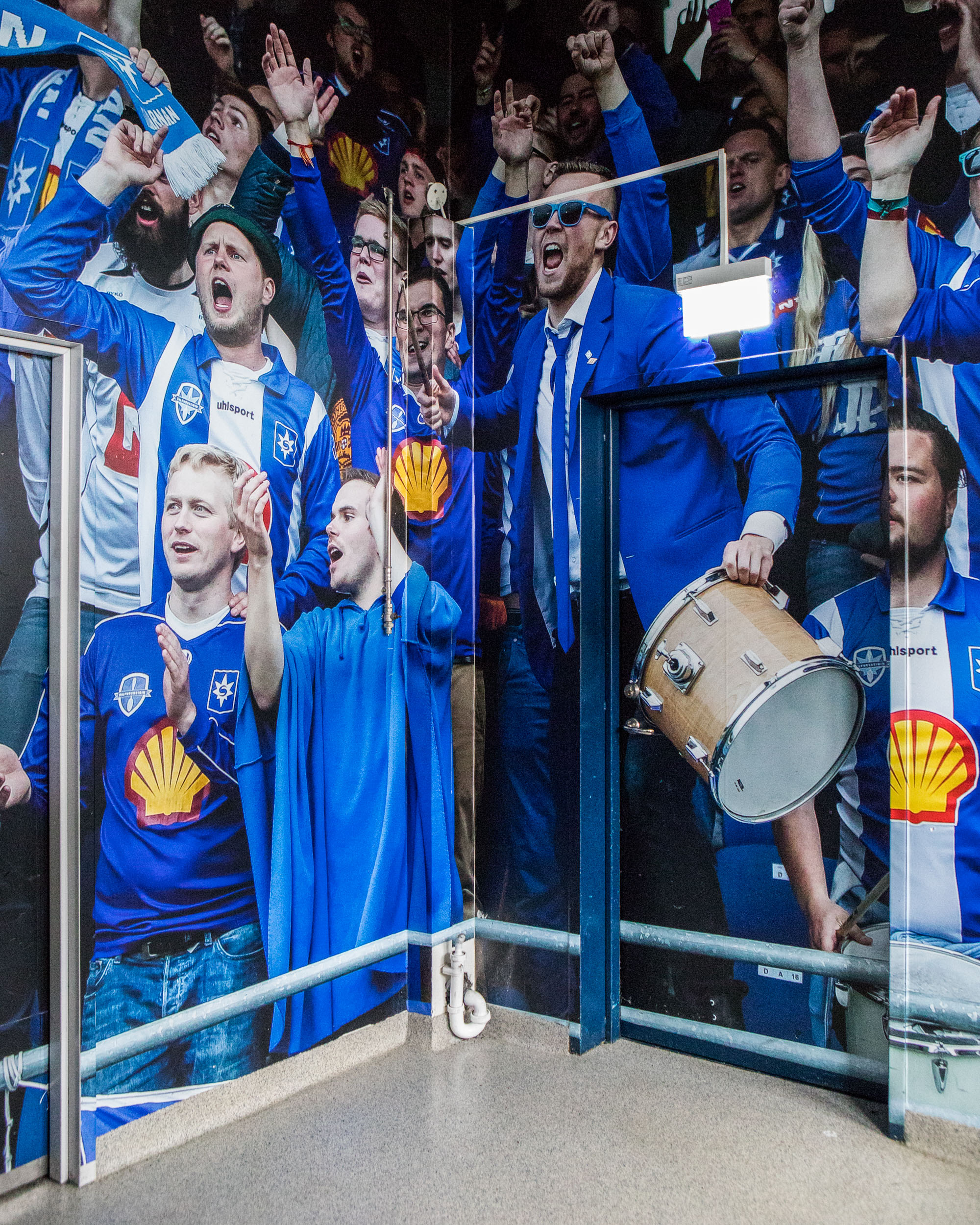 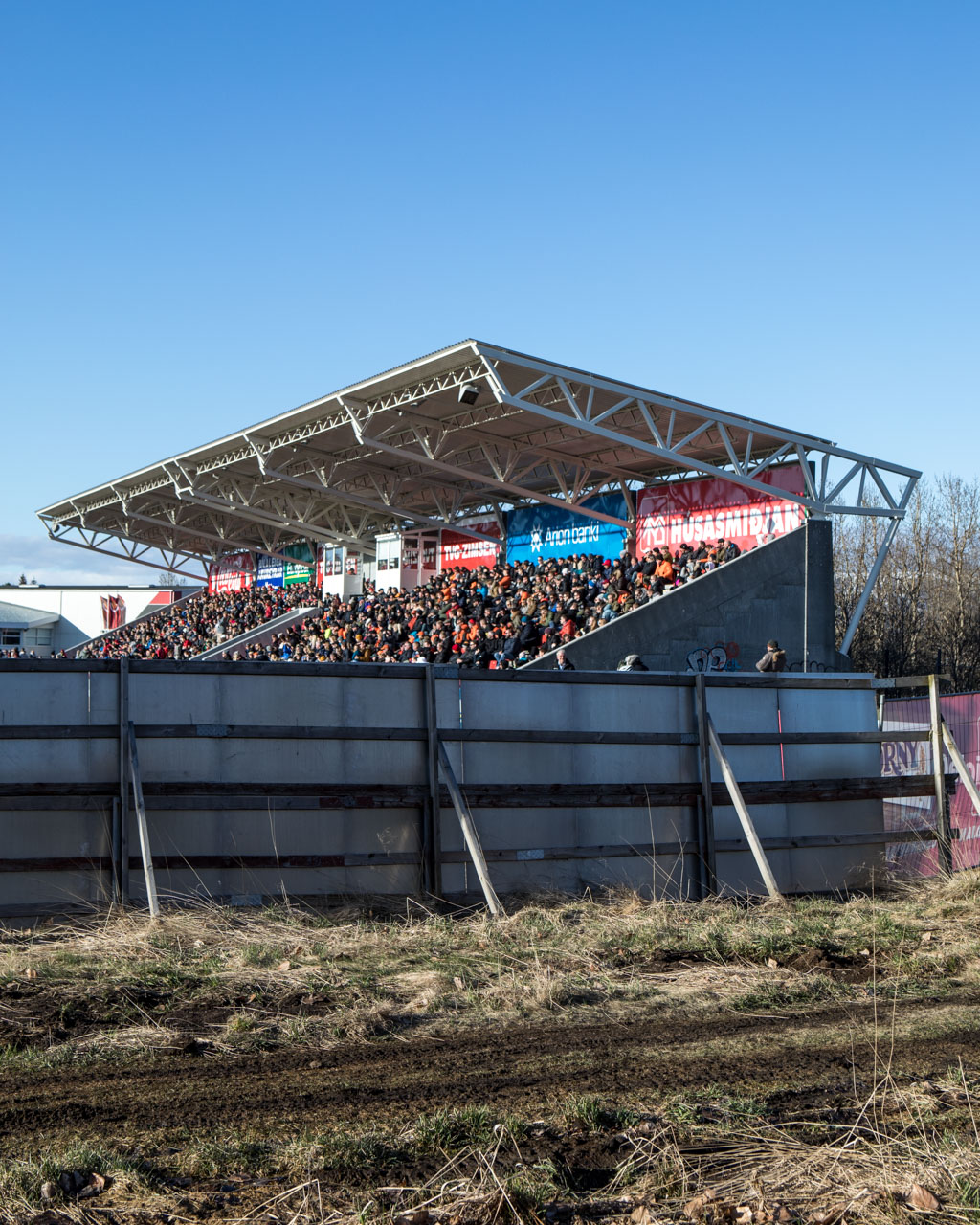 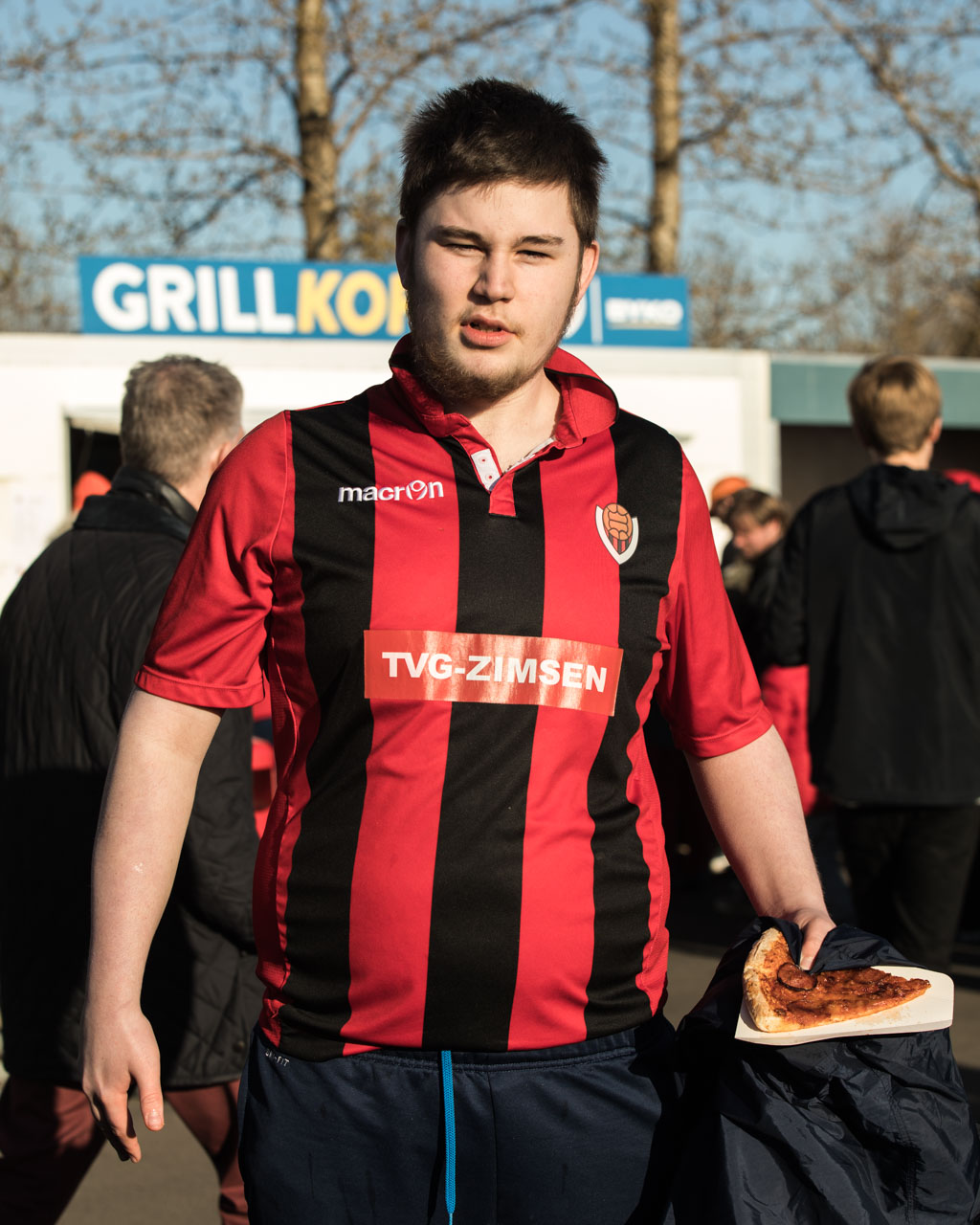 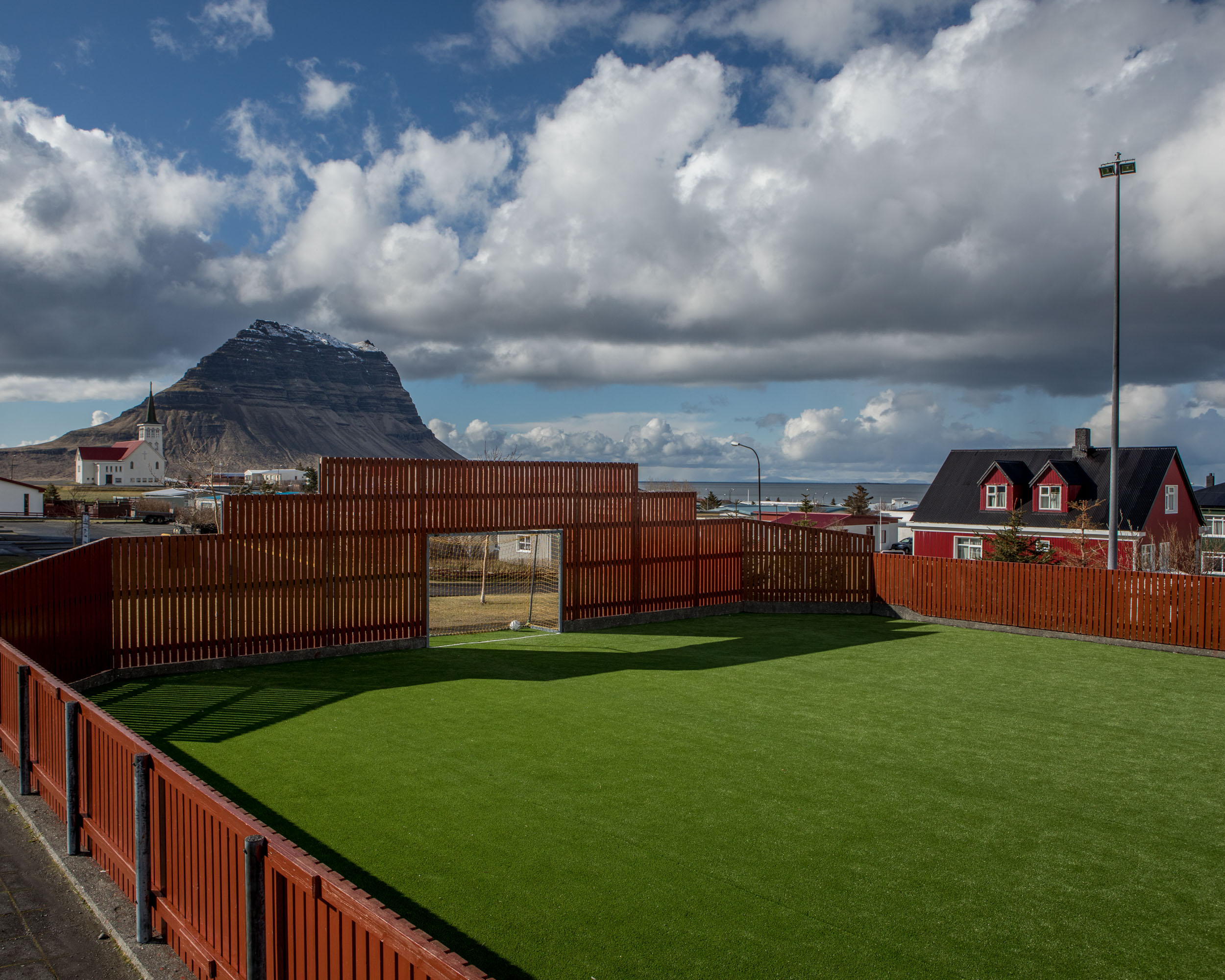 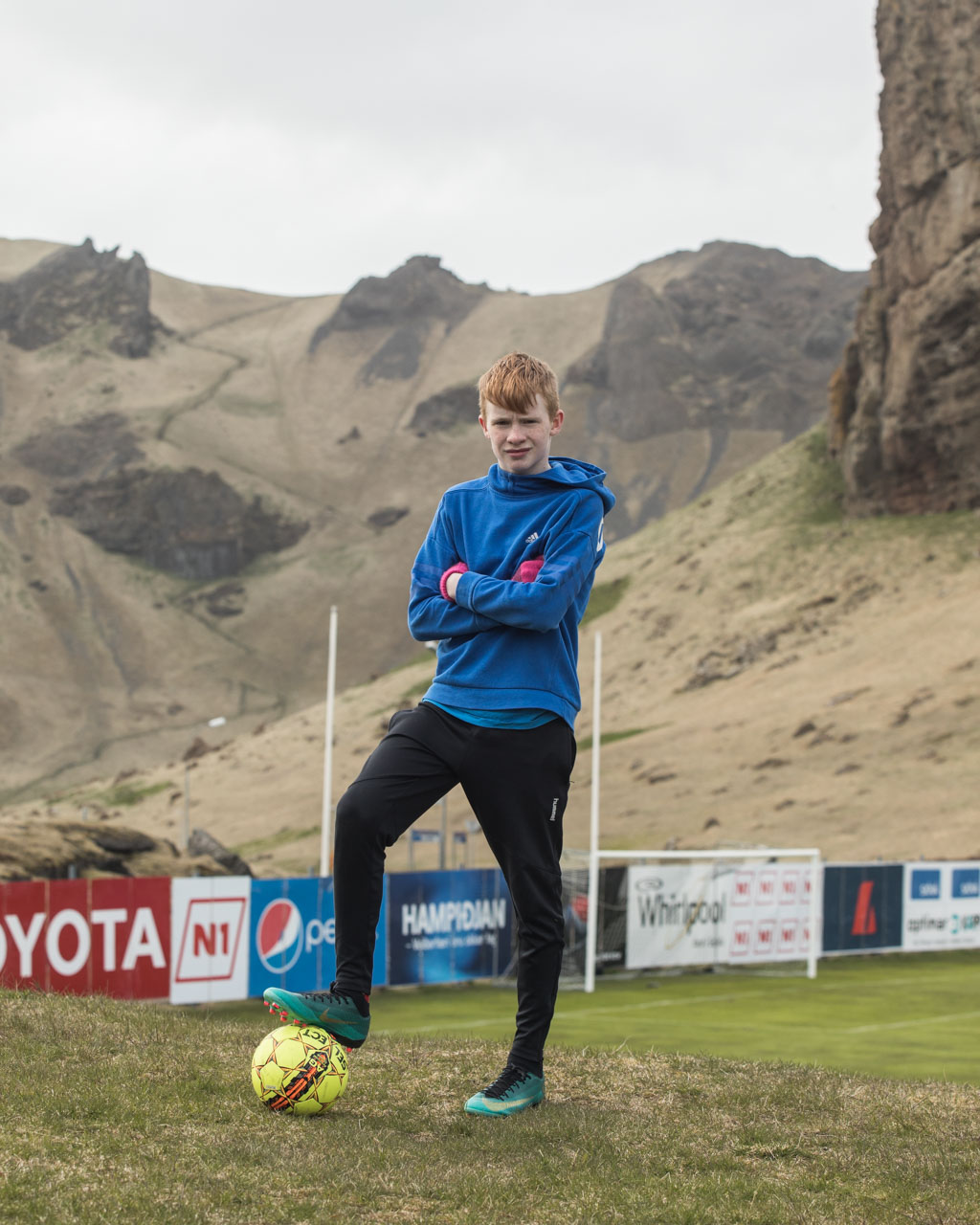 See more of Matteo’s work on his official website.

Linkedin
RELATED ARTICLES
OTHER ARTICLES
Yesterday thousands gathered outside Buckingham Palace after news of the Queen’s death broke.
Following the announcement of an 80% hike in the energy price cap from 1st October, crowds gathered outside the offices of energy regulator Ofgem to protest and declare their intention to undertake a payment strike.
Rhiannon Adam spent three months capturing an ageing society wracked by division, isolation, and the aftermath of scandal.
As the Scottish government announces a rent freeze, an activist with Living Rent who fought and won shares how they did it, and what must come next.
Demonstrators gathered outside of Parliament to voice their concerns about the monarchy and the crackdown on dissent.
Ahead of the release of their first collaborative album, the producer and rapper talk psychedelics and the state of UK hip hop.