Outdoor / Sport / Inside the murky world of tennis courtsiding 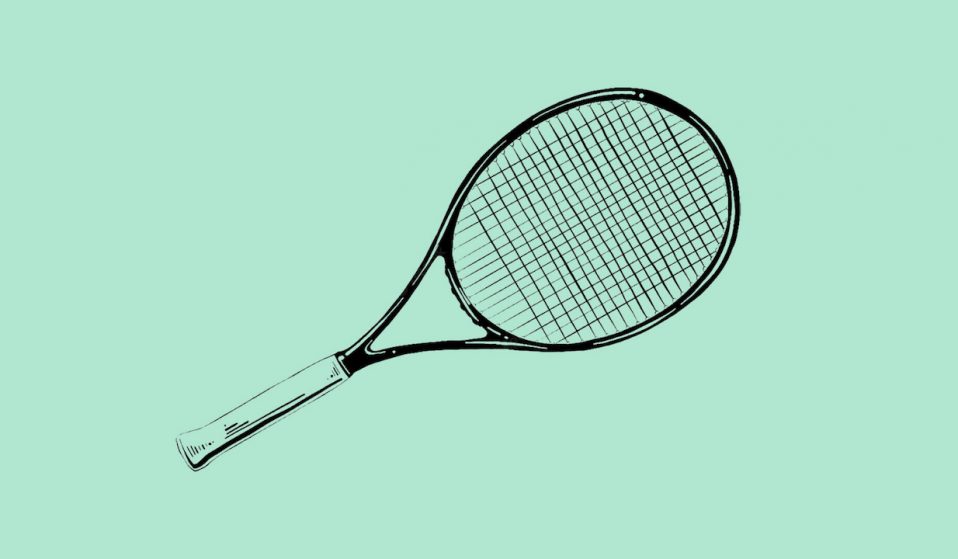 For over a decade, gamblers have won big by employing people to place live bets from the court. But does this dubious method still work?

For over a decade, gamblers have won big by employing people to place live bets from the court. But does this dubious method still work?

Tennis is a sport loved by gamblers, with only football generating more business for British bookmakers. Matches occur throughout the year, at all hours of the day, and there is always a winner. In some cases, these winners might be discreetly observing from the crowd, otherwise known as ‘courtsiders’.

Courtsiding has been going on for over a decade, but until relatively recently, it was very much an activity that went undetected. Naturally, it is in the best interests of those participating within the field to keep such activities as covert as possible. The practice involves transmitting live scoring data from a match to a third party for gambling purposes. TV audiences watching a tennis match experience a time delay lasting at least several seconds compared to being there live. Courtsiders essentially exploit this delay. The time gap doesn’t sound like a lot, but when done quickly and efficiently, it gives courtsiders an opportunity to place bets on events that have already occurred. In each tennis match, a chair umpire must electronically confirm an update of every point won via a tablet: this is quickly, but not instantly, recorded. The longer the delay between a point and the umpire’s registration, the more chance a courtsider stands in making money.

Courtsiders tend not to be placing the bets themselves; it usually involves working in a team or betting syndicate. Syndicates are two or more people who work together, combining resources to give them a greater chance of winning big bucks, with all the money obtained evenly distributed between other members. So, one person will attend a match while another is behind a computer located elsewhere. The courtsider will press a button on their mobile device immediately after a point has been won, relaying the information to the person behind the computer.

With up to six-figure earnings, the financial rewards are so lucrative, that it’s not just spectators who have tried their hand at courtsiding. Ukrainian tennis player Stanislav Poplavskyy, who at his peak ranked in the top 450 players, was given a lifetime ban for match-fixing and courtsiding activities between 2015 and 2019. In 2016, an investigation for The Guardian found umpires from Kazakhstan, Turkey, and Ukraine among those alleged to have taken bribes from betting syndicates in exchange for manipulating live scores.

Courtsiding isn’t a conventional field you can walk into. It’s a small-numbered profession that requires discipline, patience, and an appetite for risk. As with any occupation, they improve their ability with practice. One would assume understanding betting patterns is essential, but one courtsider, Bruce*, rejects this viewpoint. “A knowledge of the sport is important, but no betting knowledge is required,” he tells Huck. “Any recruits are given the proper training before they go on court.”

Unsurprisingly, it is rare for courtsiders to go public about their success. A 2019 BBC documentary about the secrets of gambling featured Joe, a courtsider from Sussex. Joe said he would travel to remote tournaments and find matches where the chair umpire was consistently slow. He grew his hair long and wore a Bluetooth headset to communicate discreetly with his accomplice, who would place the bets. His tactic paid off, and he claimed to have made £300,000 the previous year.

One notable figure in this murky profession is Brad Hutchins, the author of Game, Set, Ca$h!. His book provides a fascinating insight into his exploits travelling the world while working for a gambling syndicate. While the benefits were highly profitable – “On my birthday, the syndicate had a really solid win once, to the tune of about £50,000,” Hutchins tells Huck – there was considerable risk involved.

He experienced several misfortunes from his time as a courtsider before calling it quits in 2013. “I was dragged off court in India and locked in a concrete bunker where a TIU [Tennis Integrity Unit] officer threatened to beat the shit out of me,” he recalls. “I was the only white boy in the stands by myself, so kinda obvious in hindsight, and I should have had a better cover planned.”

Hutchins recounts how for every high, there were also crushing lows. “My biggest shocker was missing a trainer who ran on court to tend to Andy Roddick in Miami because I was tucking into a pulled pork sandwich.” (A trainer is called on in tennis matches when a player is injured and needs treatment. Therefore, the chances of a player – who is seemingly injured – winning a match decreases dramatically.) “It cost around $20,000, that sandwich.”

Losing five figures on account of a meaty snack isn’t the only risk. Courtsiding drew public attention in January 2014 when a British man became the first courtsider to be arrested. Daniel Dobson, employed by a gambling syndicate, had gone to great lengths to go undetected by having a modified device concealed inside his shorts. Dobson was accused of trying to corrupt the betting outcome of an Australian Open match and if convicted, faced a possible 10-year prison sentence.

“They thought I was having an impact on the integrity of the sport, having contact with players, corrupting the sport in some way – but the truth is that’s not what courtsiding is,” Dobson said. All charges against him were eventually dropped.

Hutchin makes a similar argument to Dobson. “Officials often try to lump courtsiding in with match-fixing,” he says. “they’re completely different. Courtsiding doesn’t affect the outcome of matches, it simply bets on them.”

Hutchins is right that courtsiding is a term often wrongly defined – this is hardly surprising, given that most people without expertise in betting would struggle to explain it. The issue of legality surrounding courtsiding remains a grey area. It technically isn’t illegal nor has anyone been convicted, but it is considered cheating by tennis authorities.

“Any suggestion of cheating is just ill-informed rhetoric. No cheating goes on. Someone will always be first to the market,” says Bruce. According to Hutchins, “It’s similar to counting cards and takes a lot of organisation, planning and competence”. Neither activity violates any laws, but if management arouses suspicion, they can make it cause for removal.

The International Tennis Integrity Agency (ITIA) is an organisation responsible for safeguarding the integrity of professional tennis worldwide. ITIA’s head of communications, Adrian Bassett tells Huck via email: “It is the responsibility of the tournament organiser and venue to look at courtsiding. If the tournament is held at a private club or venue, the venue owner can ask anyone suspected of courtsiding to leave the venue. The rights holder (ATP, WTA) will often also deploy resources to assist the venue in this respect”.

‘Spotters’ are employed to identify and detect spectator behaviour, such as how a courtsiders might observe tennis compared to a typical observer. Courtsiders aren’t there to marvel at a Federer, Nadal or Djokovic or display emotion at the end of an exhilarating rally. They view a match purely from a betting perspective.

James, a regular courtsider, says growing security presence has prevented him from even attempting to courtside at major tournaments. “It almost isn’t worth trying at Grand Slams anymore, security is so efficient nowadays,” he says. “You pose a better chance by attending smaller events which have less supervision.”

Fellow courtsider Maxime agrees, saying he would target obscure tournaments, but would never attempt it at the US Open, as they have “undercover spectators strictly there looking to rat out any people courtsiding”.

With greater awareness about courtsiding, the level of security and surveillance at major tournaments has ramped up. But while courtsiding may not be as popular as it once was, this doesn’t mean everyone has given up. “I’ve had guys contact me asking for tips, telling me how they’re trading from rooftops with binoculars and all sorts of extravagant measures,” says Hutchins. With the rewards so financially appealing, it seems inevitable that cunning groups of people will continue to stretch the boundaries for that elusive pot of gold.

Linkedin
RELATED ARTICLES
OTHER ARTICLES
Ahead of the release of their first collaborative album, the producer and rapper talk psychedelics and the state of UK hip hop.
Rogue landlords are exploiting young and inexperienced renters and leaving them in mental and financial turmoil, reports Niall Hignett.
By turning a real-life crisis into daytime television fodder, TV bosses have once again shown themselves to be completely out of touch with audiences.
With skyrocketing rents, packed out viewings, bidding wars and more, renting in London has never been harder.
Yesterday thousands gathered outside Buckingham Palace after news of the Queen’s death broke.
For over a decade, gamblers have won big by employing people to place live bets from the court. But does this dubious method still work?