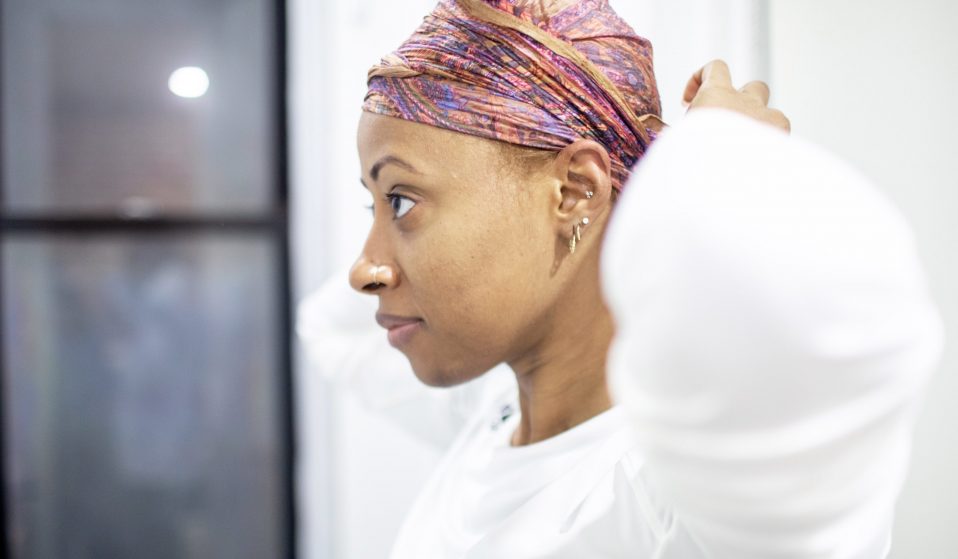 After her brother was murdered, Jamira Burley dedicated her life to helping disadvantaged communities. Here, she tells us how current conditions are impacting her work.

After her brother was murdered, Jamira Burley dedicated her life to helping disadvantaged communities. Here, she tells us how current conditions are impacting her work – and why she uses running to find moments of peace.

It’s dawn in Harlem, in the sleety cold of November. Youth activist and organiser Jamira Burley is just returning from her morning run. As the Head of Youth Engagement and Skills at the Global Business Coalition for Education, it’s one of few moments in the day she’s able to spend by herself.

Her home is full of paraphernalia and keepsakes. On the walls of her living room is a triptych of American tragedies rendered in graphic art. To the left, a black woman is screaming, crying, wrapped in the stars and stripes, her face streaked with warpaint. To the right is a girl in hijab rendered as Old Glory. In the centre is a native American woman wearing a spectacular headdress and an accusatory expression.

There are bare brick walls and a compact bookshelf (titles include: American Species, Unlearning Liberty and Notes of a Native Son). There’s a refrigerator with images of friends and family stuck to it, plus the odd campaign sticker and ironic motivational message. But there’s something else here too – something that is key to all of Jamira’s activism. It’s the plan of service for her brother André, who was shot to death in his Philadelphia apartment. 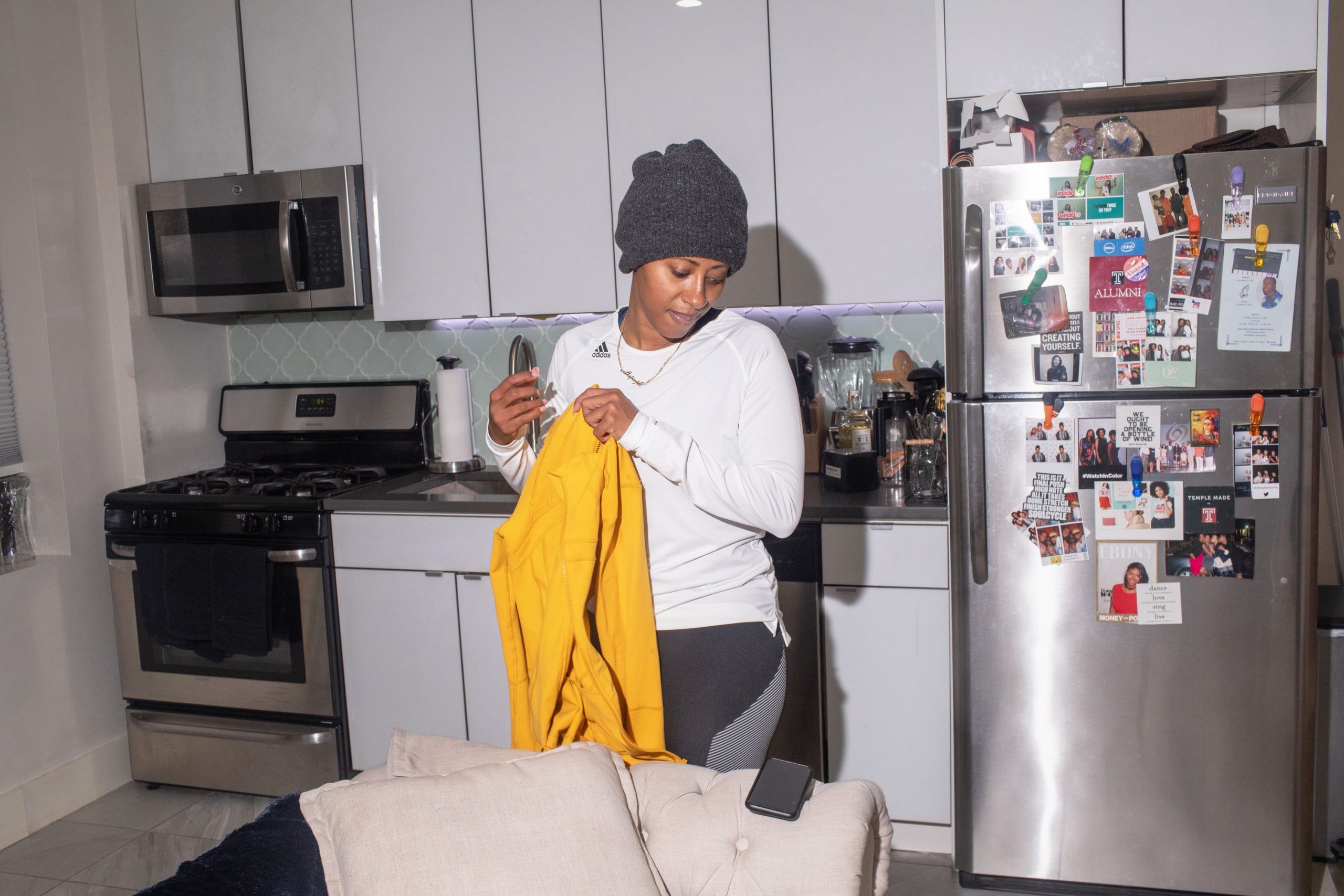 “When I first started running in 2015 it felt like I was physically running from all the things that made me angry,” Jamira says. She’s in from the cold now, about to prepare for an appearance on a talk radio show later in the morning. “Now, running provides me with one of the only times in my day when I don’t have to think about work, family or society.”

“With running I can just practise living in the moment,”  she adds. “When I’m most frustrated, sad, feeling like I’m an imposter and my brain won’t shut down, I run. If more people ran, they might find moments of peace.”

Jamira is one of 200 people involved in adidas’s [FUTURECRAFT.LOOP] project – a programme built around the innovative idea of completely recyclable running shoes. The model functions like this: you get a shoe, use it, then, when you’re done, return it to be recycled and swap it for the next iteration. It’s a bold move towards a circular economy – one that feels particularly significant in what is a time of great uncertainty. It felt important when Huck first spoke to Jamira in November. It feels even more so now.

Six months after first meeting, we caught up with Jamira to find out how she’s been coping during lockdown – and how the situation across the world has impacted her work.

Tell us about your working life.
I am the typical millennial in many ways: I’m the Head of Youth Engagement for Global Business Coalition for Education. It’s a membership organisation composed of over 150 companies worldwide, who all believe in investing in education for the most marginalised. I consult on the side as a social impact consultant for various organisations, particularly how they engage in communities. I’m also an activist, which in itself is a full-time job.

How have the current conditions impacted what you do?
I have travelled only once this year so far, which is interesting for me. Much of my work has switched to reminding funders about how it is so important to continue funding access to education – so that once this situation is all over, kids can hit the ground running. There are opportunities for kids to learn online during lockdown, but many of the communities I work with cannot access online learning for a whole bunch of reasons. 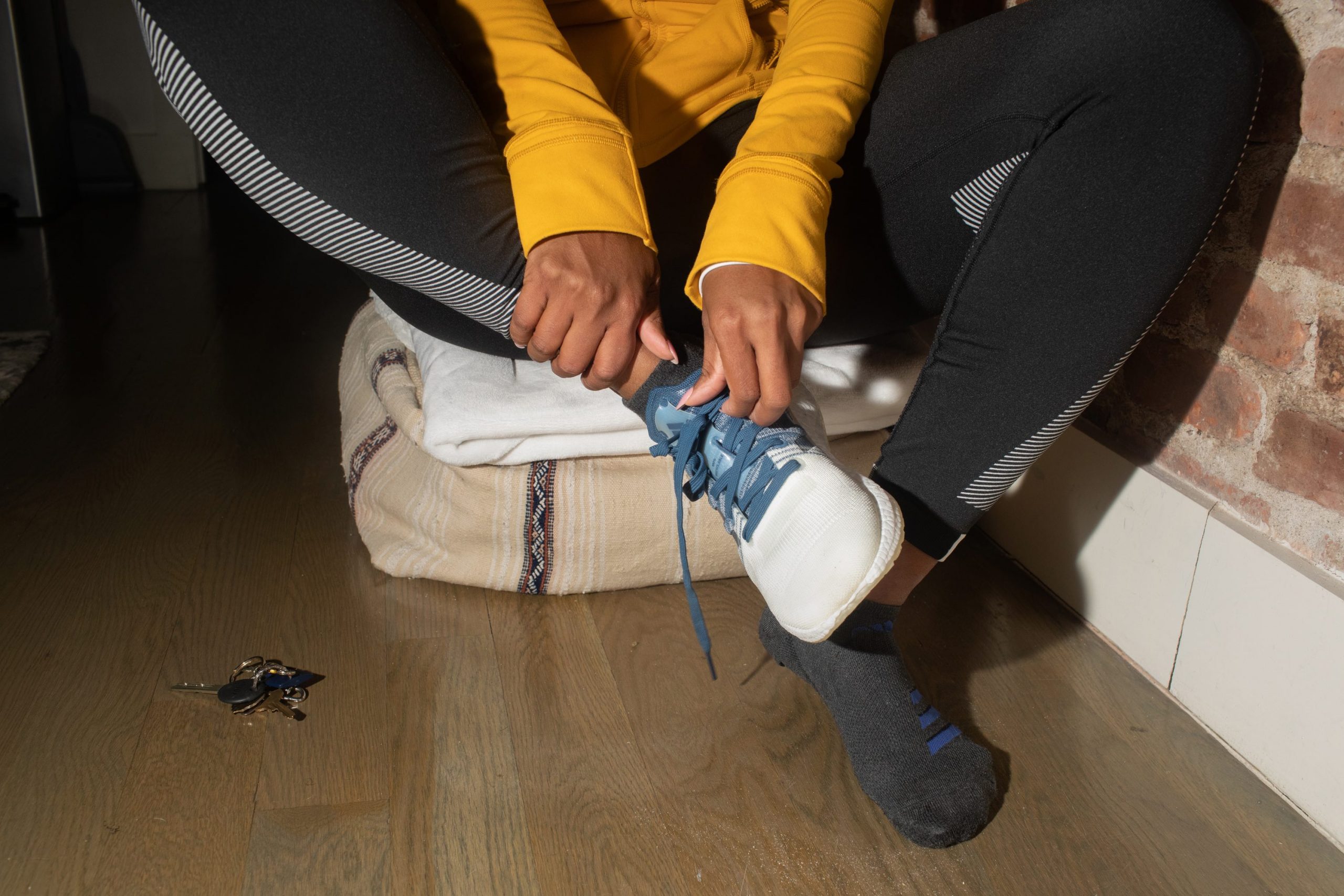 Covid-19 has impacted the communities you have worked with particularly hard. What are the reasons for that?
It’s the long-term problems of patriarchy and racism, not only in the US, but around the world. Existing structures have enabled our communities to suffer disproportionately with conditions such as diabetes, asthma and vascular diseases – all of which have hampered people’s ability to recover or fight off coronavirus.

How have your communities responded to the situation?
You listen to the news which is always bad, you hear stories of loss and suffer loss yourself. The impact is bad, particularly on the mental health of young people. Most people in the frontline services here are low-income folks working in kitchens, in public transportation jobs – [they] have to go into work every day, and then go back into their overcrowded communities. The vast majority of these are people of colour. They haven’t been able to isolate – we don’t have any kind of handle on what the generational implications of this situation are going to be.

This is why I think it is important that people, particularly people of colour, need to get out and get fresh air at a time like this. Running isn’t the answer to everything, but getting out there and engaging with your body, engaging with the environment around you, helps me enormously. I think it can help people who have been suffering disproportionately get through this moment also. I think our communities can understand this as well as anyone. 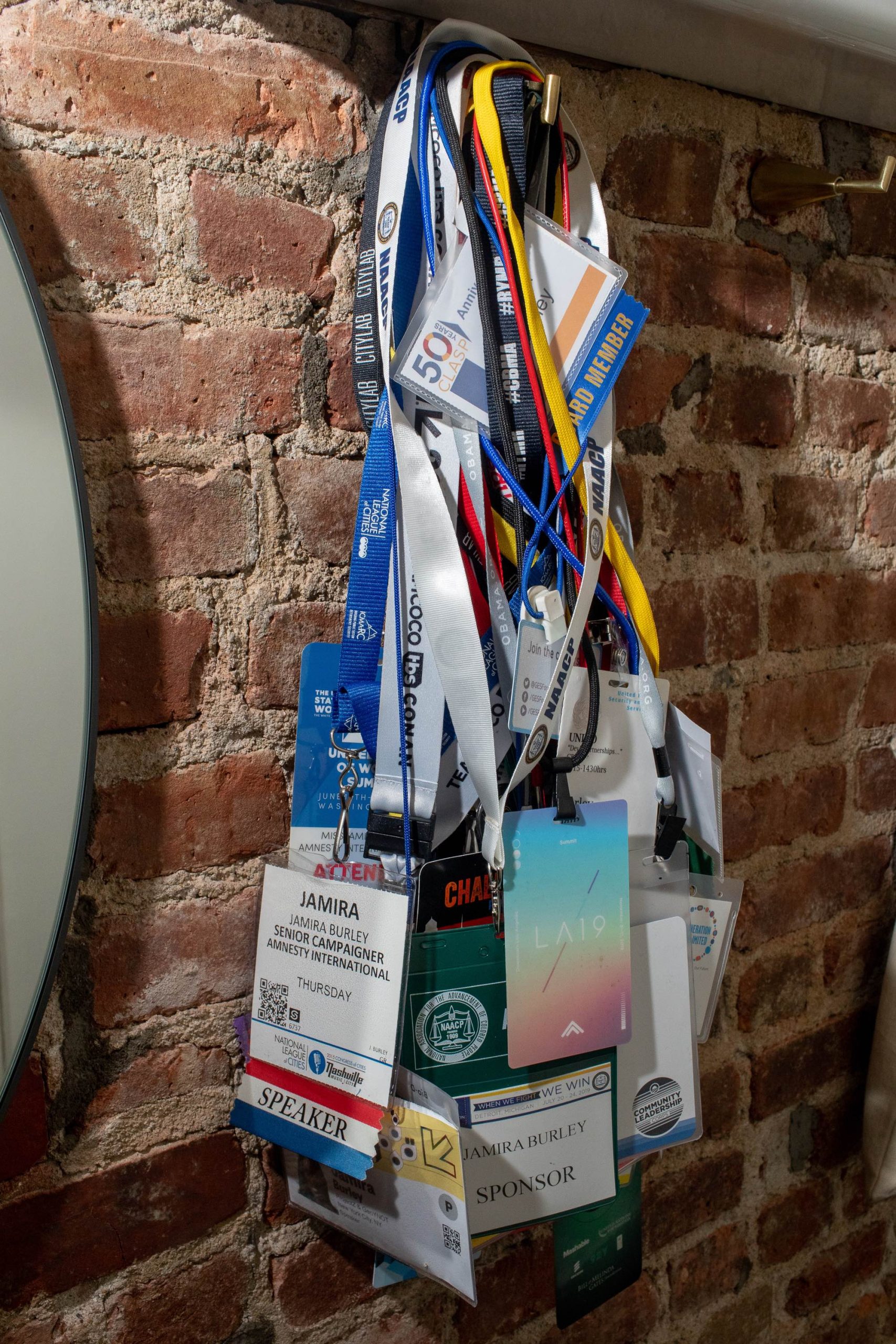 How did you get to where you are today?
I was born in 1988 and grew up in a family of 16 siblings in West Philadelphia. It was the height of the crack epidemic. I witnessed lots of people around me getting incarcerated, falling into addiction, crime and experiencing homelessness. For a long time, I thought that the four-block radius of my neighbourhood was the ecosystem of the world.

My brother was killed in 2005, which was the same year that my father was convicted of murder in Virginia. So I grew up not only being close to a victim of murder, but also a perpetrator. My brother had taken in one of his friends into his house because he had been released from prison and he consequently was homeless. The guy decided to rob him while he was asleep and in the process he shot him in the head. He bled out that night. It was a month before his 21st Birthday. I was 16 years old at the time.

That must have had a huge impact.
It did. André was almost four years older than me. It was like shell shock, you know? My brother was a very giving person. André taught me how to swim. He taught me how to ride my bike. He was never inclined to violence unless he was protecting himself.

I wasn’t new to violence and how it had impacted my community but still seeing it up close and personal doesn’t allow you to wear the rose-coloured glasses anymore. You are fully faced with the reality of the situation. I just knew I wanted something different. These were the things that drove me. I didn’t know how to name it at the time, I didn’t know what to call it, but I knew I didn’t want this sort of life for myself. 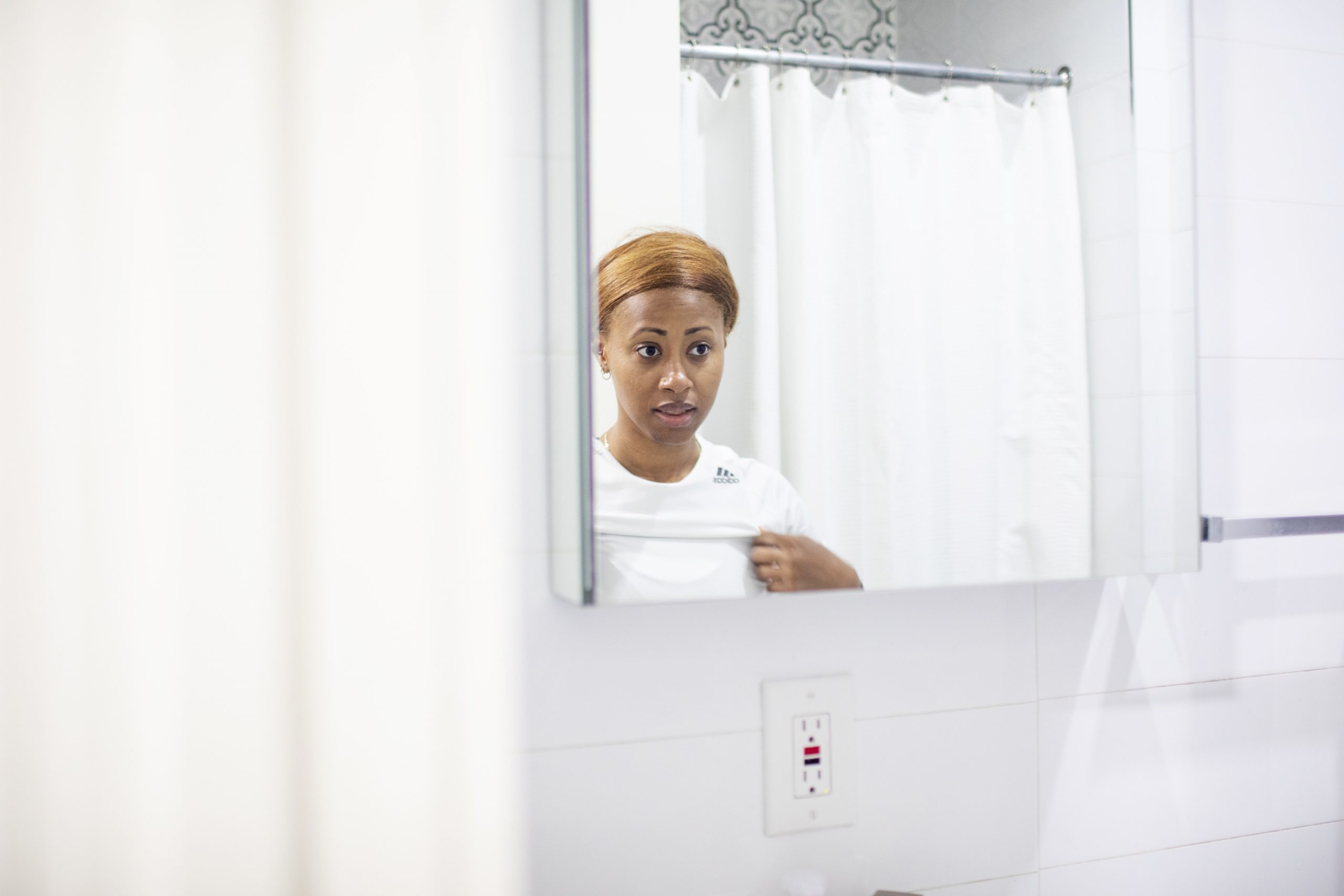 What were your next steps?
After my brother was killed I got involved in city-wide student government, and I met [education activist] Donna Frisby-Greenwood. She’s still my mentor, it’s been 14 years now. I met her when I stood up in class one day and said that I didn’t understand why we were not talking about violence in schools. She was like, ‘Well you should be the one to lead that conversation.’ I don’t think I would have gone to college and taken the path I have taken if it wasn’t for Donna. I don’t think I would have met Donna if my brother hadn’t been killed.

What is the link for you between social issues and issues around the environment?
The communities I fight for are often heavily impacted by the environment but these discussions aren’t often elevated to the national level or placed front and centre. If most folks are worried about putting food on the table, keeping the lights on – a circular economy seems far-fetched. People in our communities place great stock in what you wear, particularly in street and sportswear. So when a brand like adidas promotes a new kind of thinking around fashion, I think it’s very powerful.

There is huge intersectionality between social issues and the environment, particularly around the obesity problems and the increased asthma problems within our communities. As we have said, these problems articulate powerfully with the particular issues around the pandemic. The [FUTURECRAFT.LOOP] project is a way to engage in what impacts our everyday life – our ability to move through the world, our ability to find answers to the questions we are faced with every day. But more importantly, it is a way that we can work toward leaving something of quality to people who will come after us. 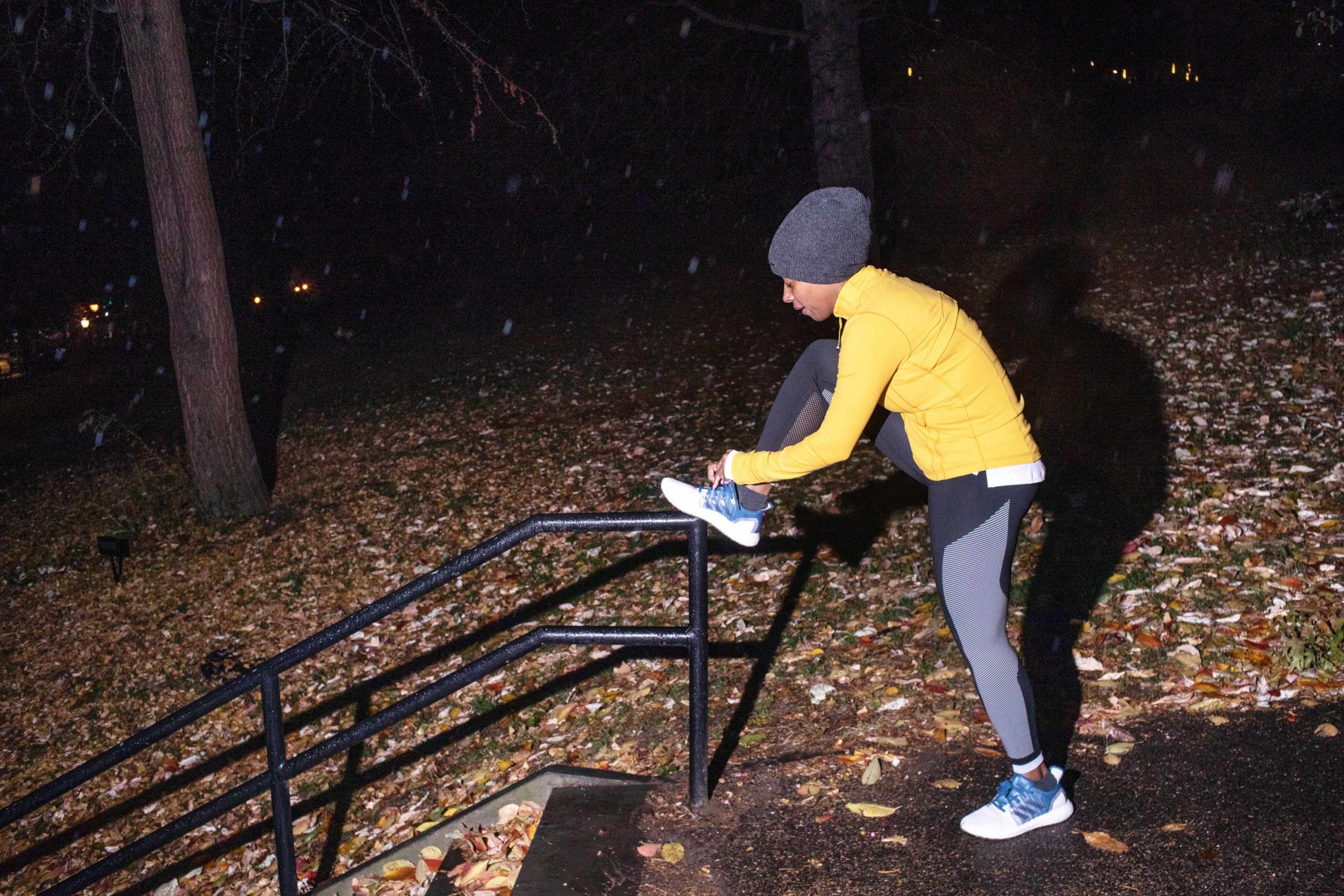 Linkedin
RELATED ARTICLES
OTHER ARTICLES
Government plans to make it harder for people to go to university will only entrench inequality.
After news broke last week around an expected reversal of the 1973 landmark law that made abortion legal in the US, protestors gathered in the UK in support of American women.
The failure to hold landlords to account is denying tenants their basic dignity, writes Bella Saltiel.
In the latest OFFF Dispatch, the enigmatic designer dives into his process, connecting the dots between his unique and varied creative output.
To mark the anniversary of the mass trespass of Kinder Scout, a group of hikers came together with the intent of creating a new, fully inclusive culture for rural spaces.
While protests over abortion rights rage in the US, access to abortion services is still almost nonexistent in parts of the UK.