Outdoor / Sport / Stonewall FC are creating a football culture for everybody 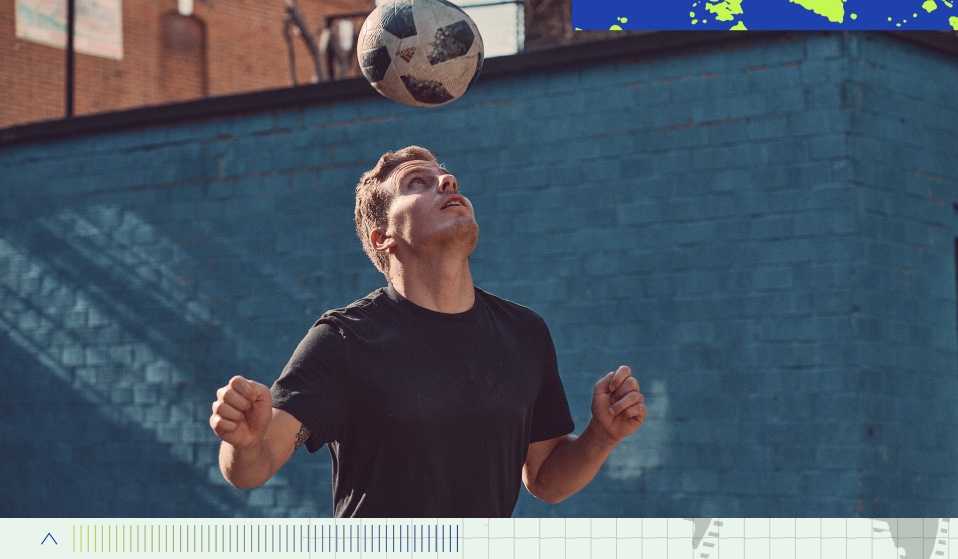 In this instalment of Common Goal, we explore how the world’s most successful LGBTQ+ football team are creating a more inclusive beautiful game.

Common Goal is an editorial series created in partnership with EA Sports and FIFA 22. In this instalment, we explore how the world’s most successful LGBTQ+ football team are creating a more inclusive beautiful game.

The last, first and only professional male footballer to come out as gay while still playing did so when Margaret Thatcher was still Prime Minister.

Justin Fashanu, who played at the top-level for clubs like Nottingham Forest through the 80s, came out in The Sun newspaper in October 1990. In an interview with the Gay Times the following year, he stated that he “wasn’t fully prepared for the backlash that followed” before saying his career in football had received “heavy damage”. Just seven years later he took his own life.

Much of this happened long before Meytar was born, or at least able to remember or process the full weight of what Fashanu’s story meant. At 25 years old, Meytar, a gay amatuer footballer, is the same age as the average professional footballer in the UK. In the many generations of footballers since Fashanu, there has never again been an out player playing professionally in the English Football league. “Growing up, we looked for role models but I could never see any,” he says. 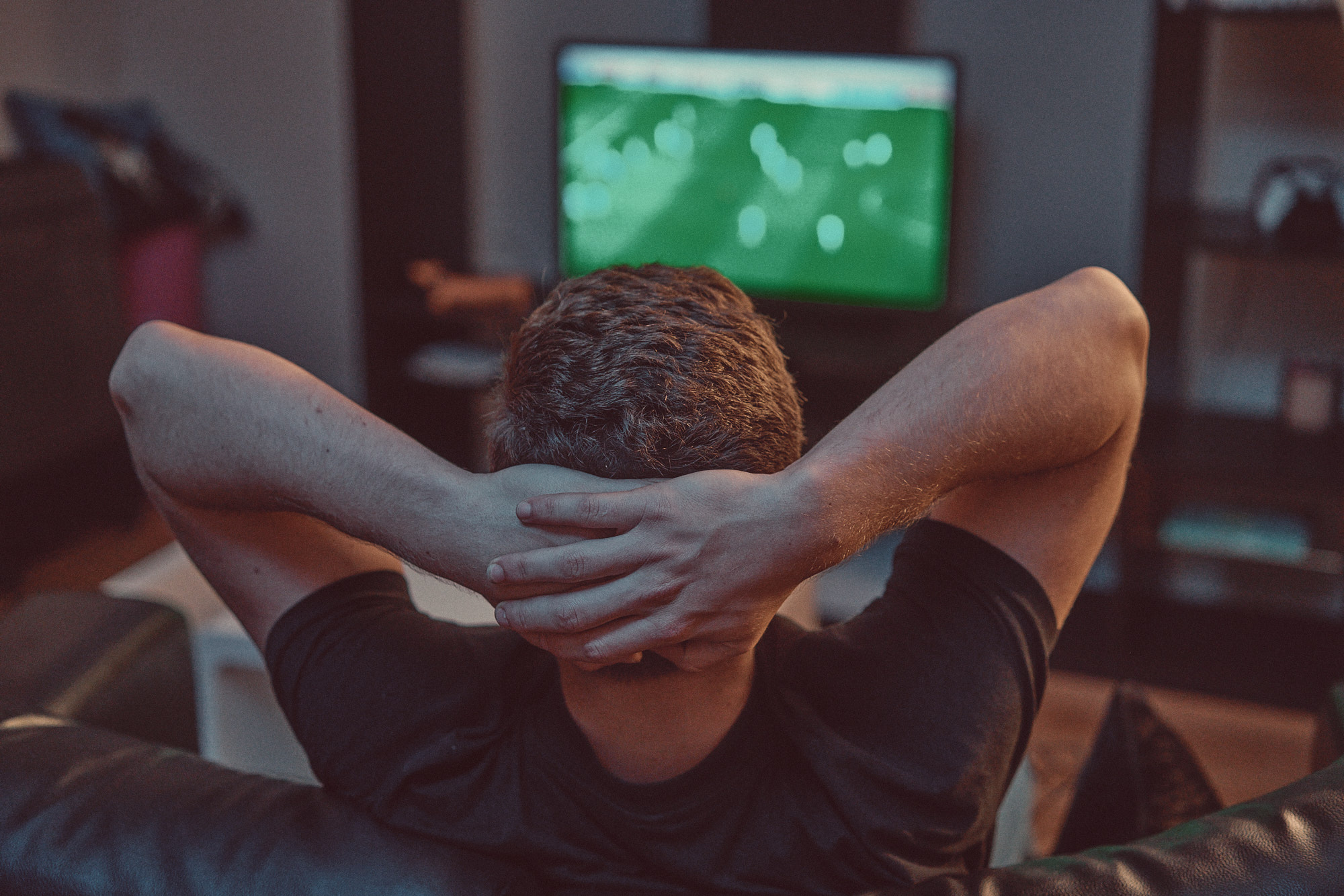 A passionate football fan who has dreams of one day becoming a professional coach, this followed him into the changing rooms of football teams he became part of. He felt pressure when it came to discussing his “love life” with his teammates, often feeling like he wasn’t able to combine his “two worlds”.

That was before he found Stonewall FC. The football club, named after the Stonewall riots in 1969, which are often seen as the beginnings of the modern gay rights movement in America, was launched in 1991. The club was born when a founding member put an advert in a gay publication asking for like-minded people to form an informal team. Overwhelmed by the sheer volume of responses, Stonewall FC was born.

In the 30 years since its inception, the team, the first gay football team in the UK, has grown exponentially. It now fields three competitive 11-a-side teams, a women and non-binary team and offers regular training and recreational five-a-side games.

“Stonewall FC was the first place in football where I felt comfortable talking about myself openly,” says Meytar, “I found the team through a friend, it’s an open and safe place. You can play competitively, for fun, in a welcoming environment and community. It’s a family.” 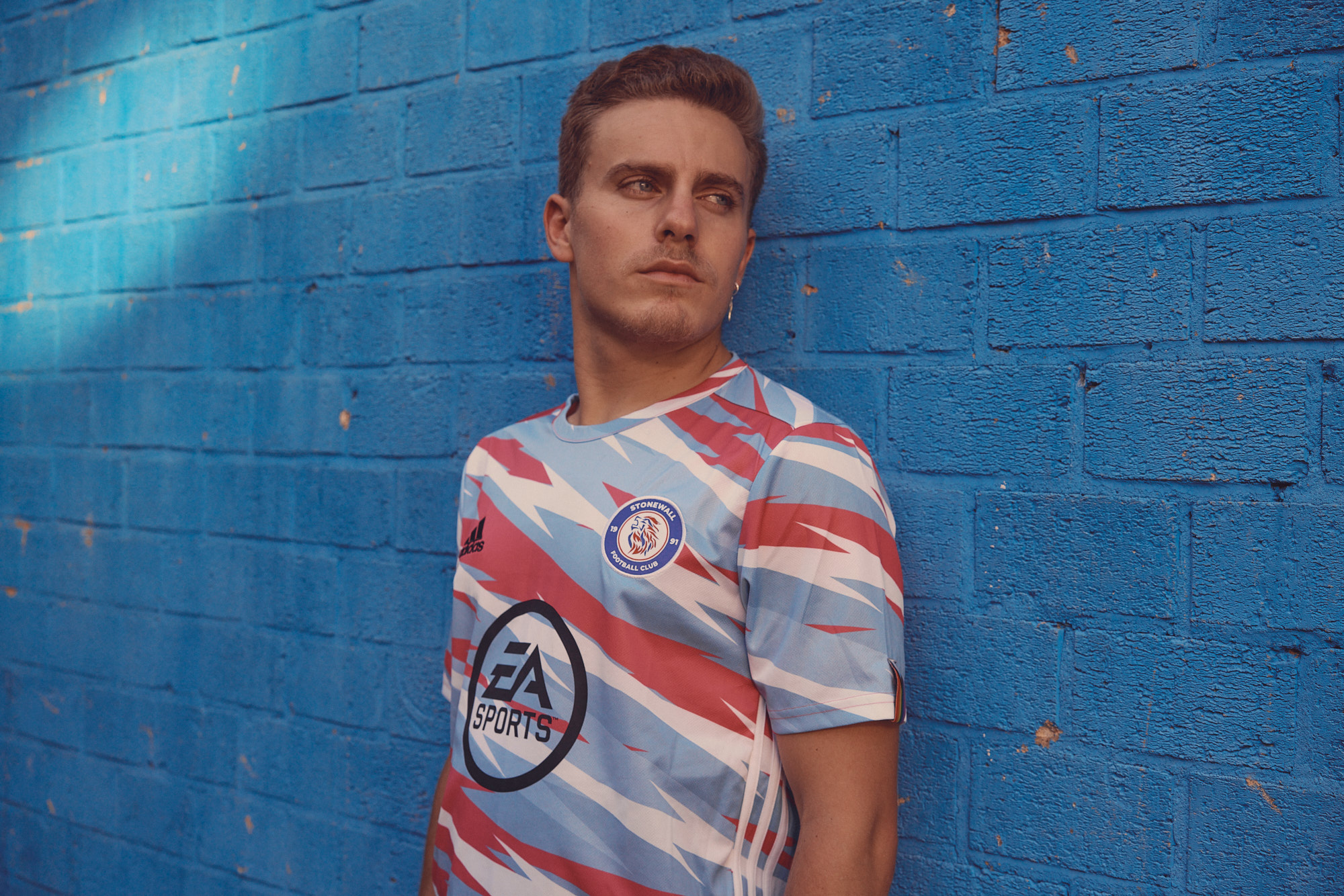 The club’s mission is “to be a driving force in helping tackle discrimination in the game” be it “homophobia, transphobia or biphobia”. It aims to operate as a safe space for anyone looking to get involved with football. In 2018, the club won a match against Wilberfoce Wanderers in a landmark Middlesex County Division 1 game, which was played at Wembley Stadium to mark the partnership between the FA and LGBTQ charity Stonewall in supporting greater diversity in football.

The club is, however, as much about the game as it is about championing diversity. “When I came I thought it would all be about being LGBT and less about football,” says Meytar. “But it was very professional, very all about the football, but at the same time very comfortable and very welcoming. Like straight away from the first training, I just felt like part of the team.”

Before being part of the team, Meytar had not been open on social media around his sexuality. Being part of Stonewall FC helped change that. “Stonewall FC, specifically with the kit launch, supported me and helped me do that openly. The reaction from people was great. I used to play for a Sunday league team [who] never knew about me, but when they saw this post they were really supportive. I can say Stonewall FC definitely helped me be confident about myself.” 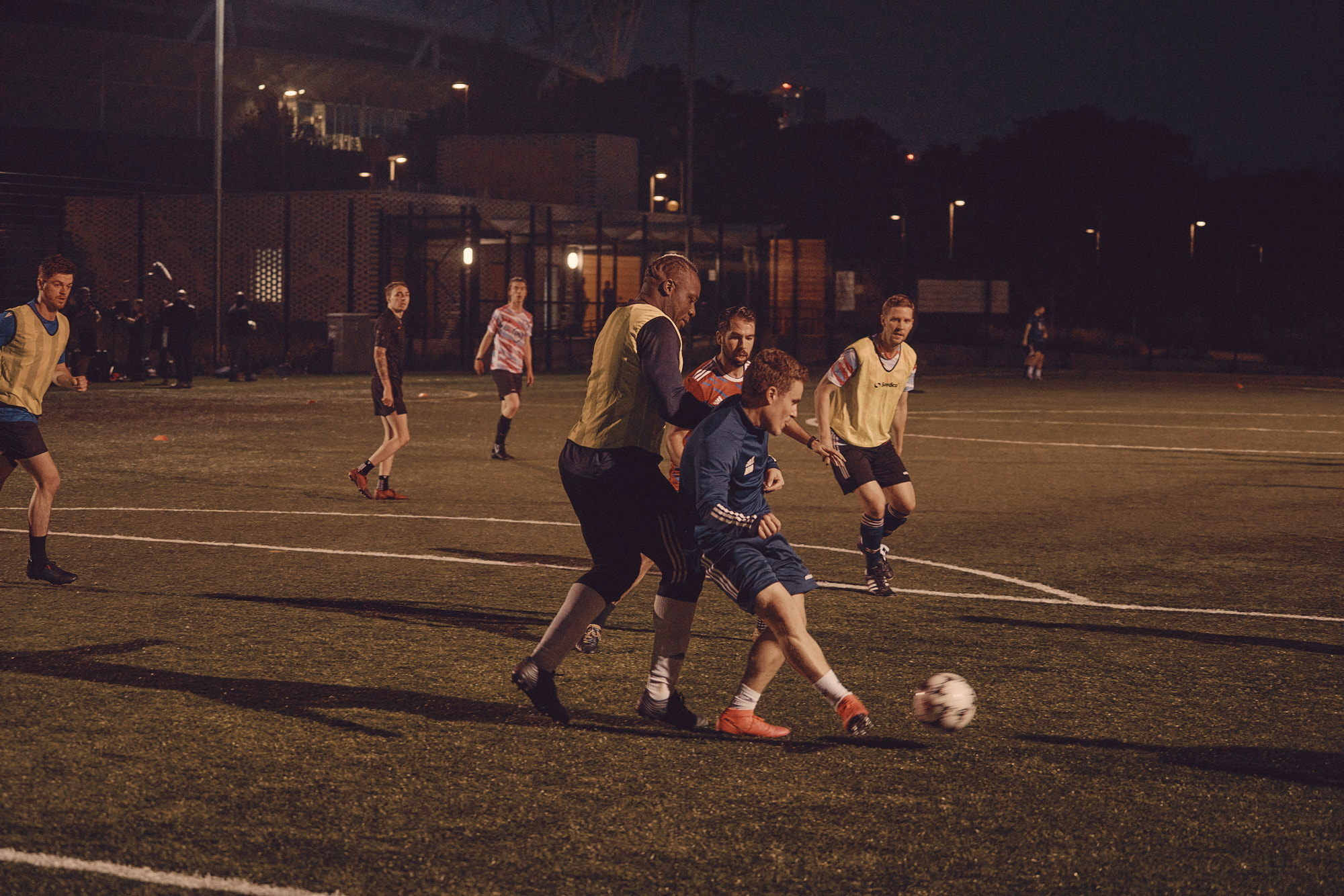 His story is one of countless stories woven into the history of the Stonewall FC badge. Not all of them will look like his, but the unifying feature is a love of football and a belief in its ability to bring people together; to overcome barriers and celebrate diversity. 30 years on from Justin Fashanu coming out, it’s clear there is still a long way to go, but teams like Stonewall FC are at the forefront of the fight to open up the beautiful game to all.

“For a kid [like me] that wants to go play football, and be a professional, for now there’s no-one there to be a role model for him,” says Meytar. “He might give up because he thinks he can never do it because he is gay, or he could do it thinking he would never be able to come out. I feel like Stonewall FC is the first space to give people like that a safe space to express themselves and still be involved.”

“Stonewall FC is there to show people who are not gay and love football that it’s okay,” he continues. “When we go up against teams, and they see the Pride flag on our shoulders, the good comments now far outweigh the bad ones. Stonewall FC is one of the first steps to wider acceptance.” 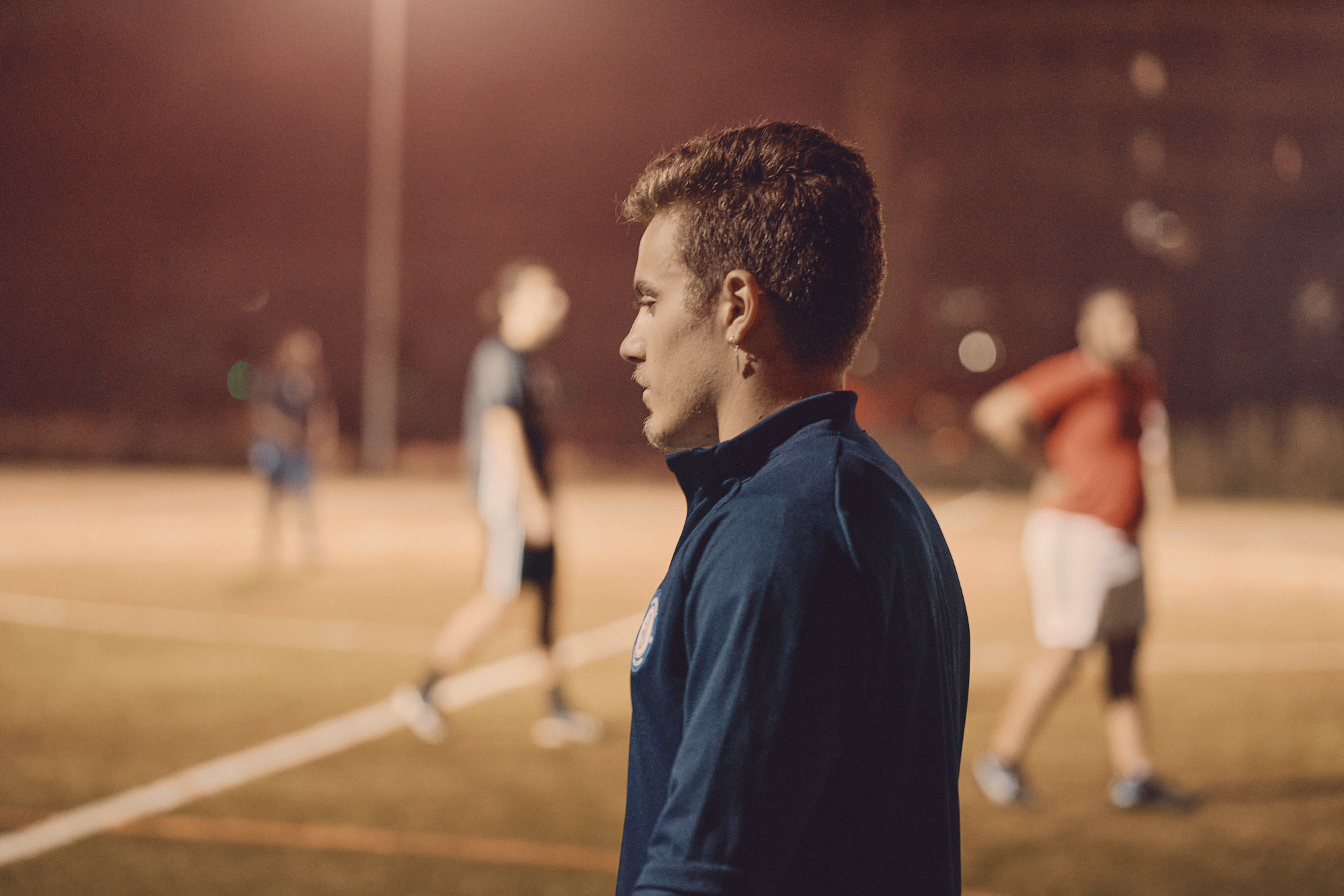 Are you ready? FIFA 22 is available now.

Linkedin
RELATED ARTICLES
OTHER ARTICLES
A new law change is enabling Britain’s donor-conceived children to know the truth about their origins – but campaigners say the fertility industry must do more to protect people.
A group of aid workers face prison for helping to save people fleeing their homes at sea. If they are charged, it will have a chilling effect on humanitarian efforts.
Jeffrey Henson Scales intimate portraits and protest images of the BPP and its leaders offer a rare insight into organisation at a time of societal upheaval.
After building his reputation covering the US civil rights movement in the 1960s, the photographer went on to produce some of the most enduring images of the past century.
After fleeing the war in Ukraine, people are finding it impossible to secure affordable and decent housing in the UK.
After a two-year hiatus and a new album, the Nigerian artist is riding high. Now, he wants to bring his alternative, genre-bending sound to the world.