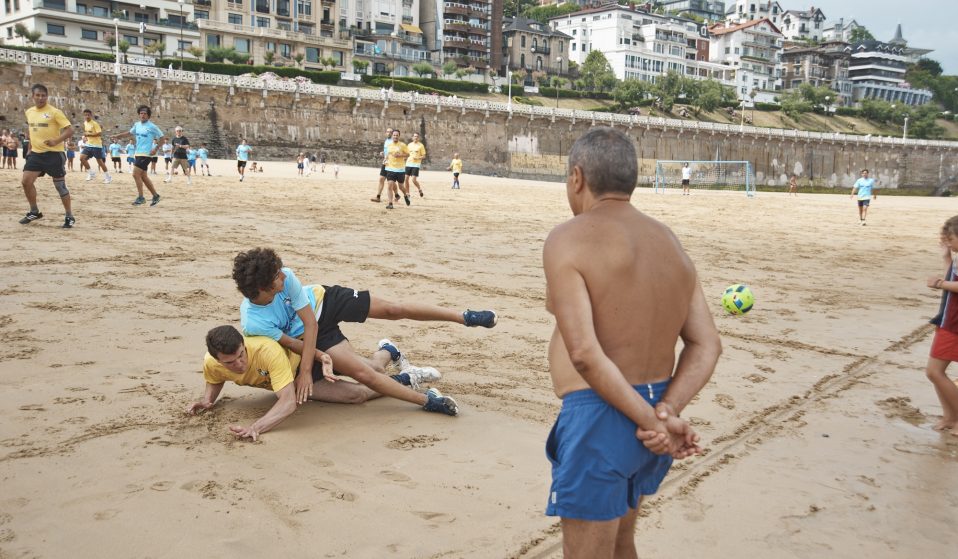 Photographer Elliott Wilcox heads to Spain’s Bahia de La Concha to capture the Solteros and the Casados – two local teams who do battle on the sand once a year.

Photographer Elliott Wilcox heads to Spain’s Bahia de La Concha to capture the Solteros and the Casados – two local teams who do battle on the sand once a year.

It’s 10am on Saturday June 24, and I’m on the Bahia de La Concha in San Sebastian. Still digesting last night’s dinner, I take the daily pilgrimage along the sandy beach with my girlfriend and her family. Before long – much to their dismay – I find myself being drawn by a football match taking place on the sand.

The game is an annual fixture that takes place between two teams – the San Sebastian Solteros, wearing blue and the Casados, in yellow. (The team names translate directly to the ‘Singles’ and the ‘Marrieds.’)

I take out my camera and start shooting the players in action. I am drawn particularly to the player’s reactions, routines and team talks. As half-time hits, I capture them cool off, glug from beach taps and form circles as they formulate heated plans for the second half.

Eventually, I turn my camera to the fans and the random passersby who have started watching the game. They’re entranced. I’m not sure if it’s the tribe mentality, the magnetism of athleticism, or the time it allows people to switch off and reflect, but somehow the match has managed to draw generations of people together. And that’s the beauty of football. 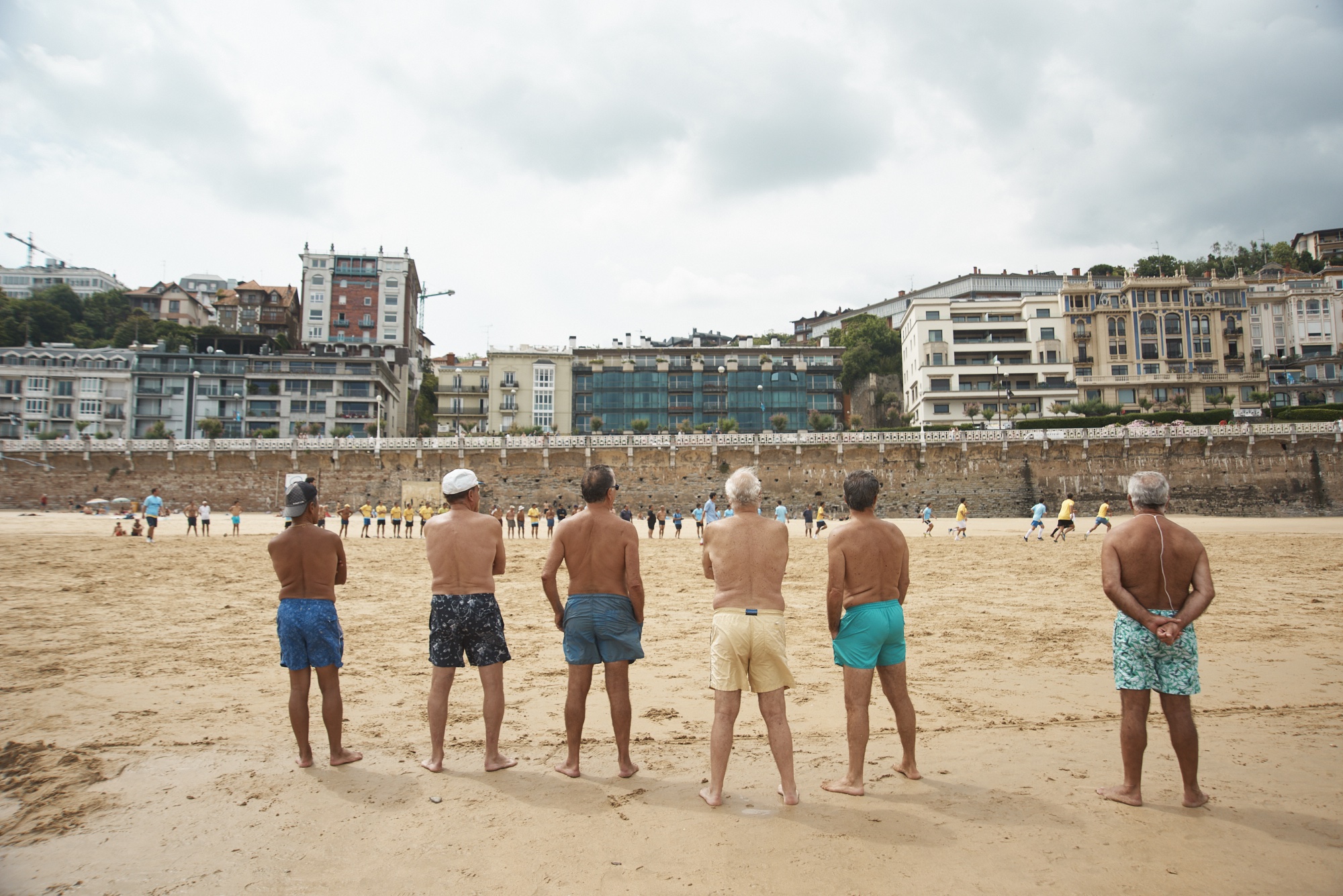 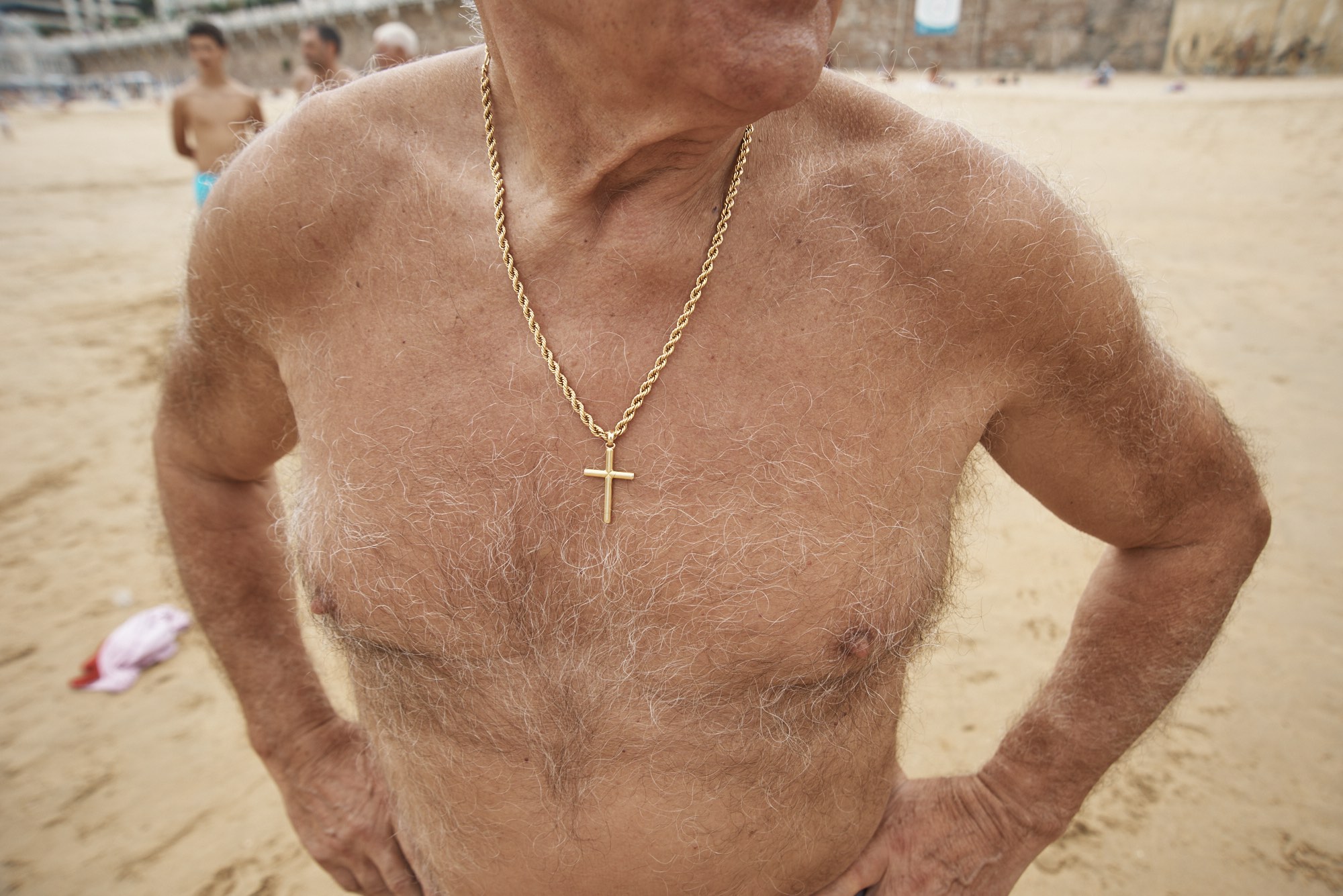 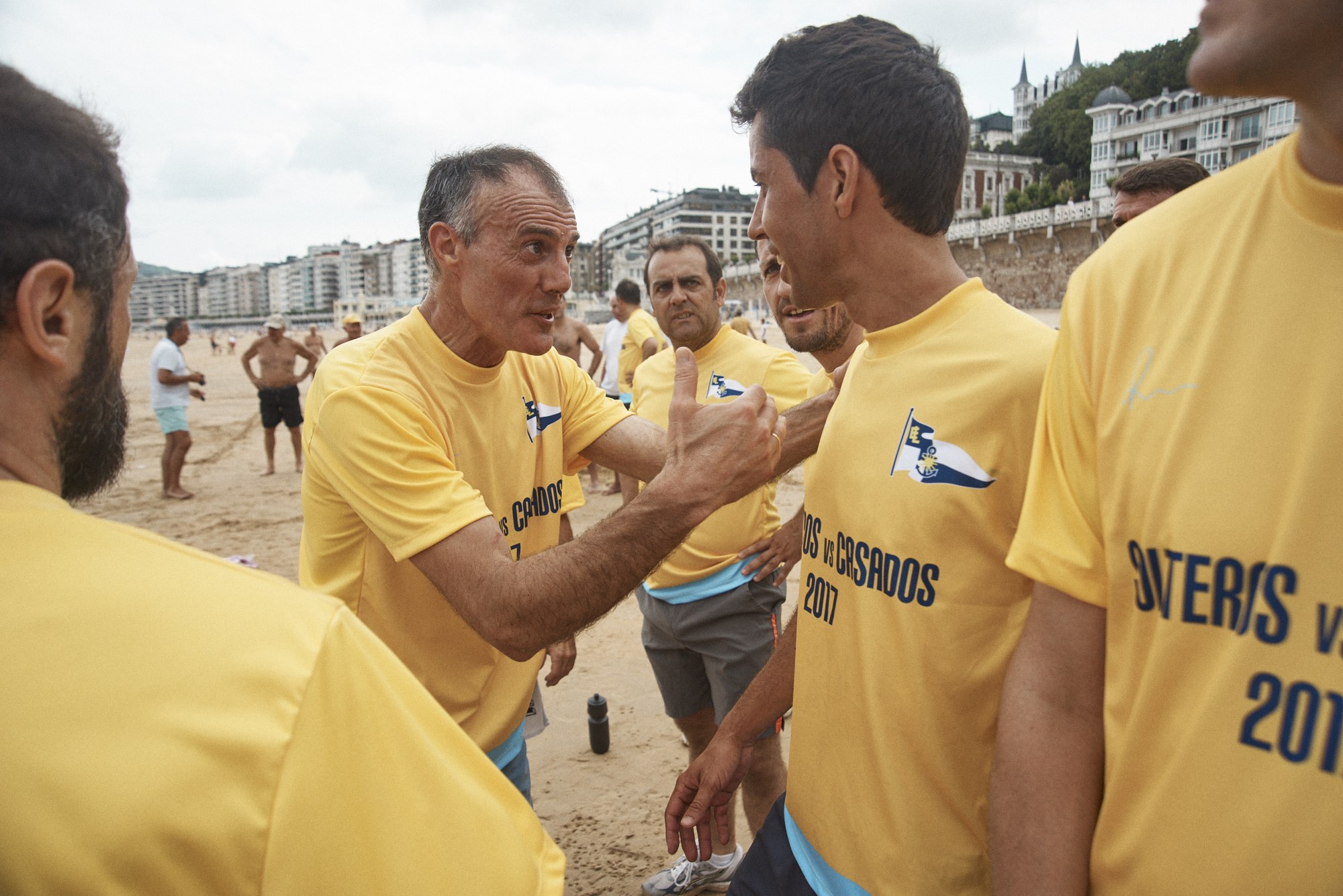 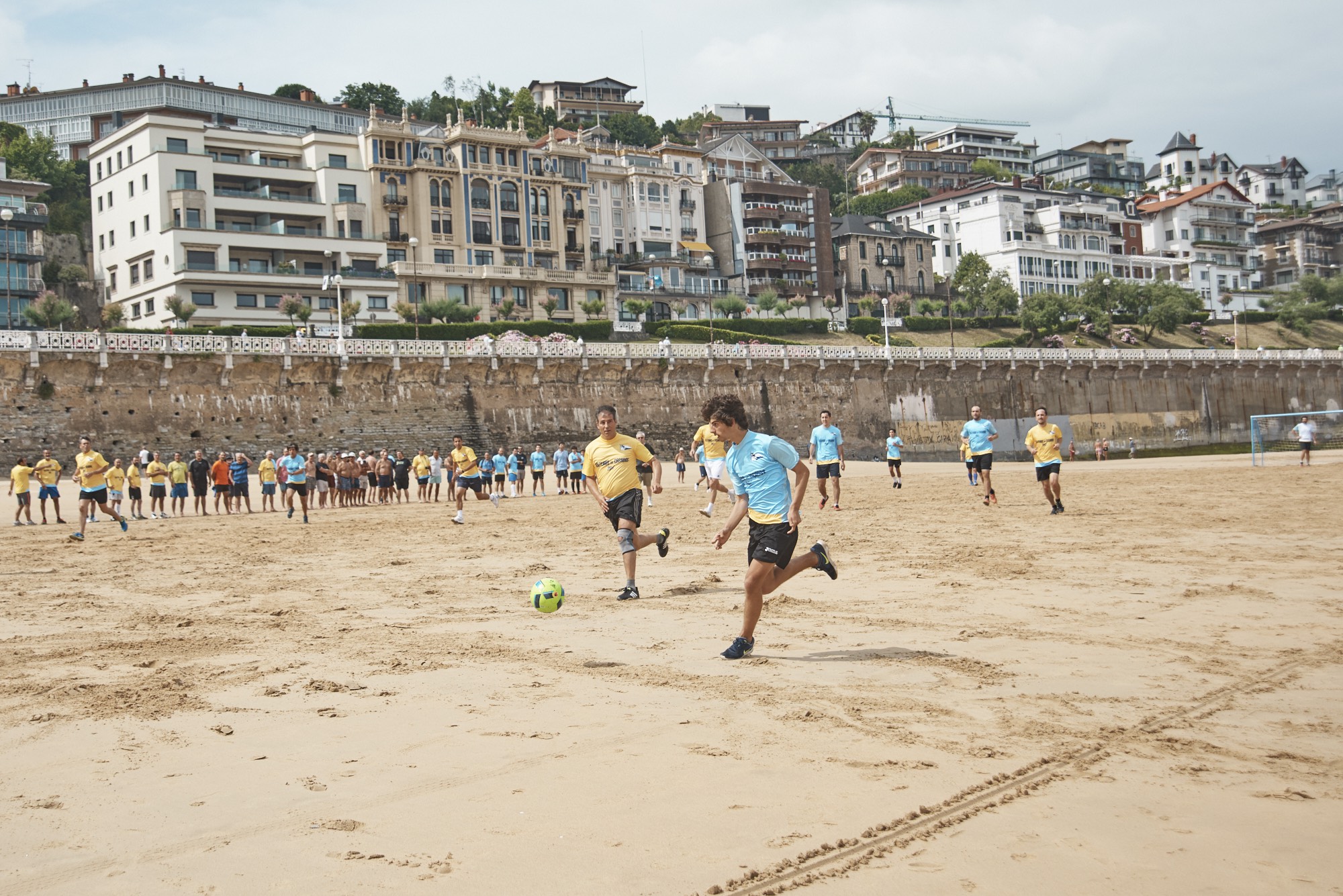 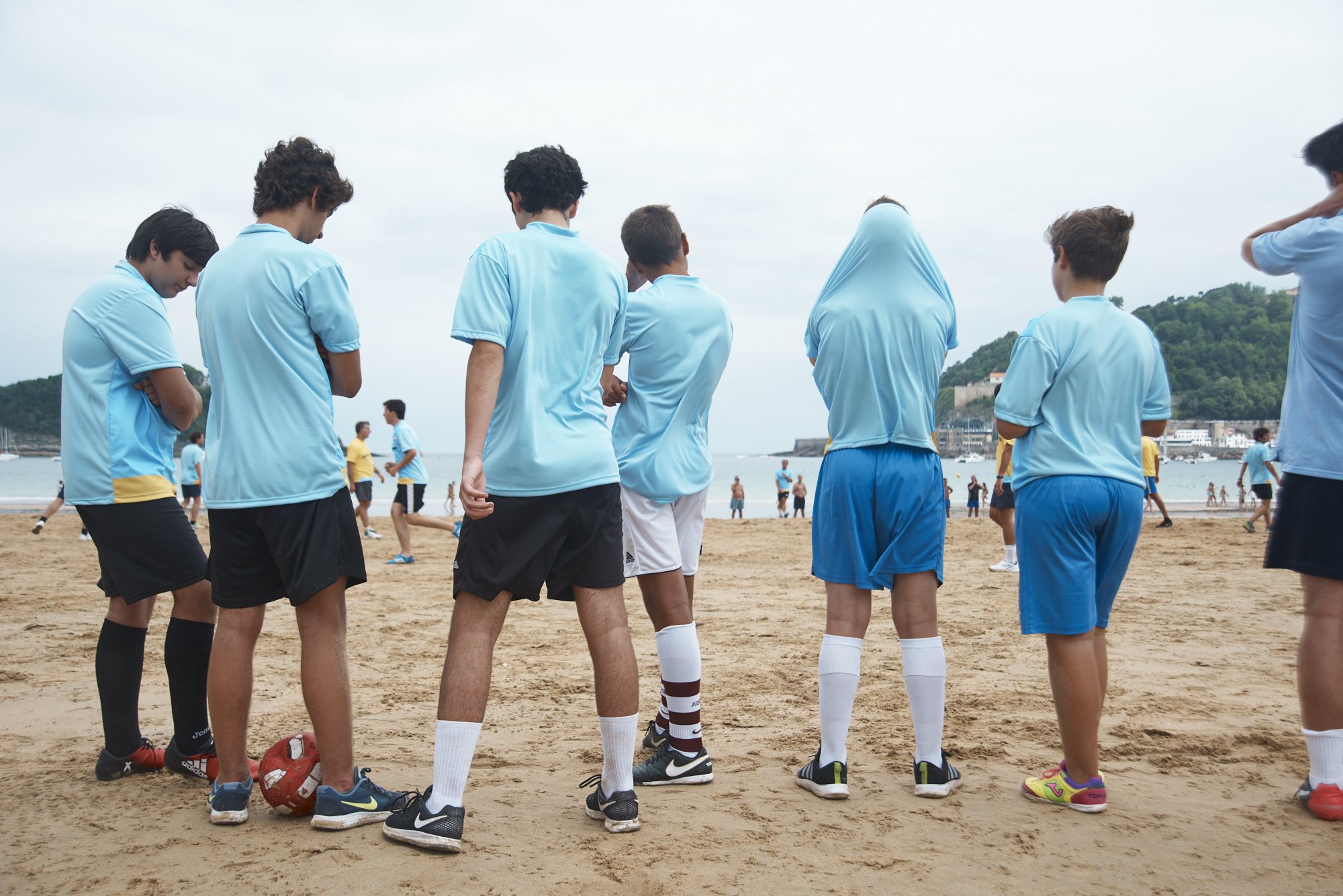 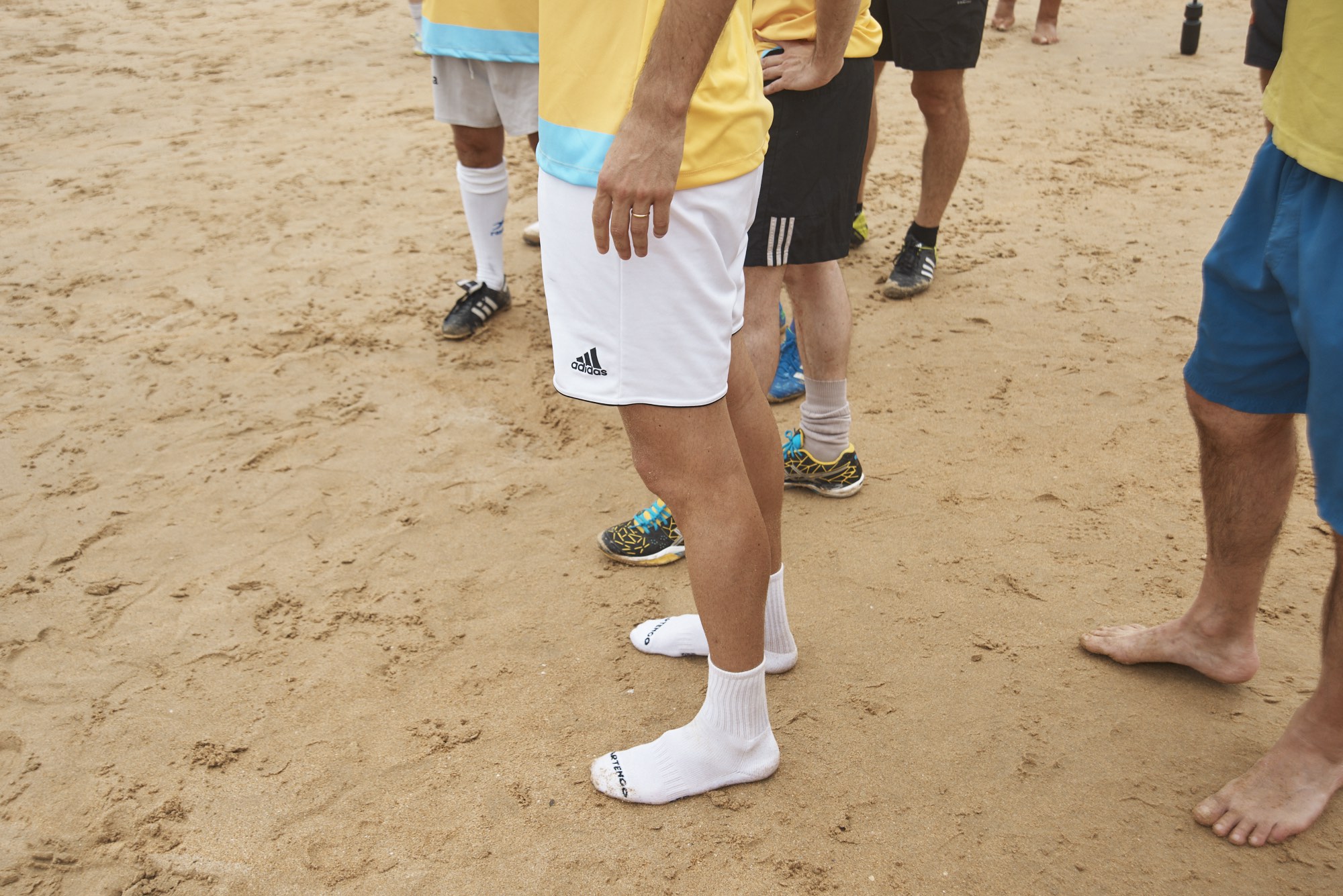 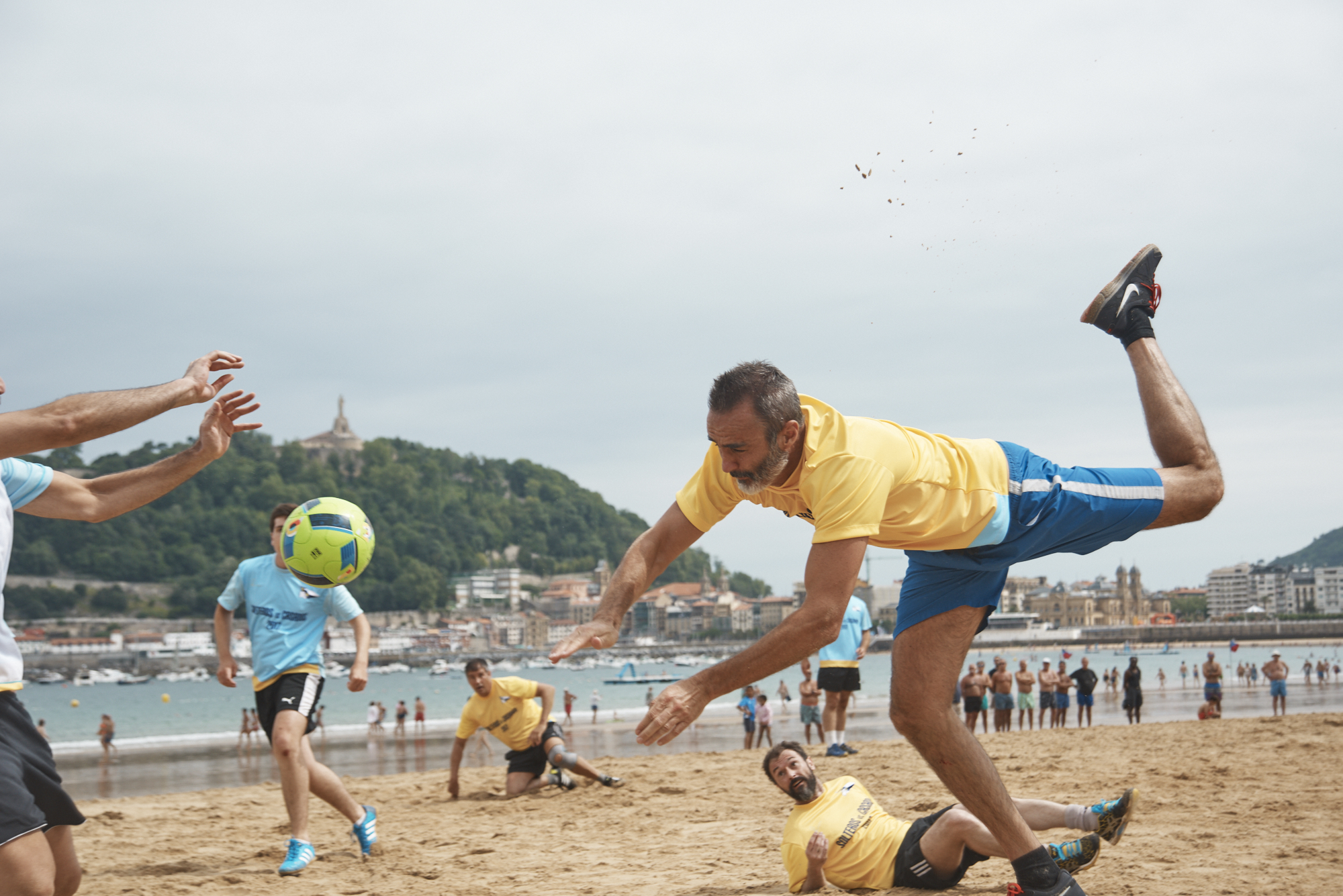 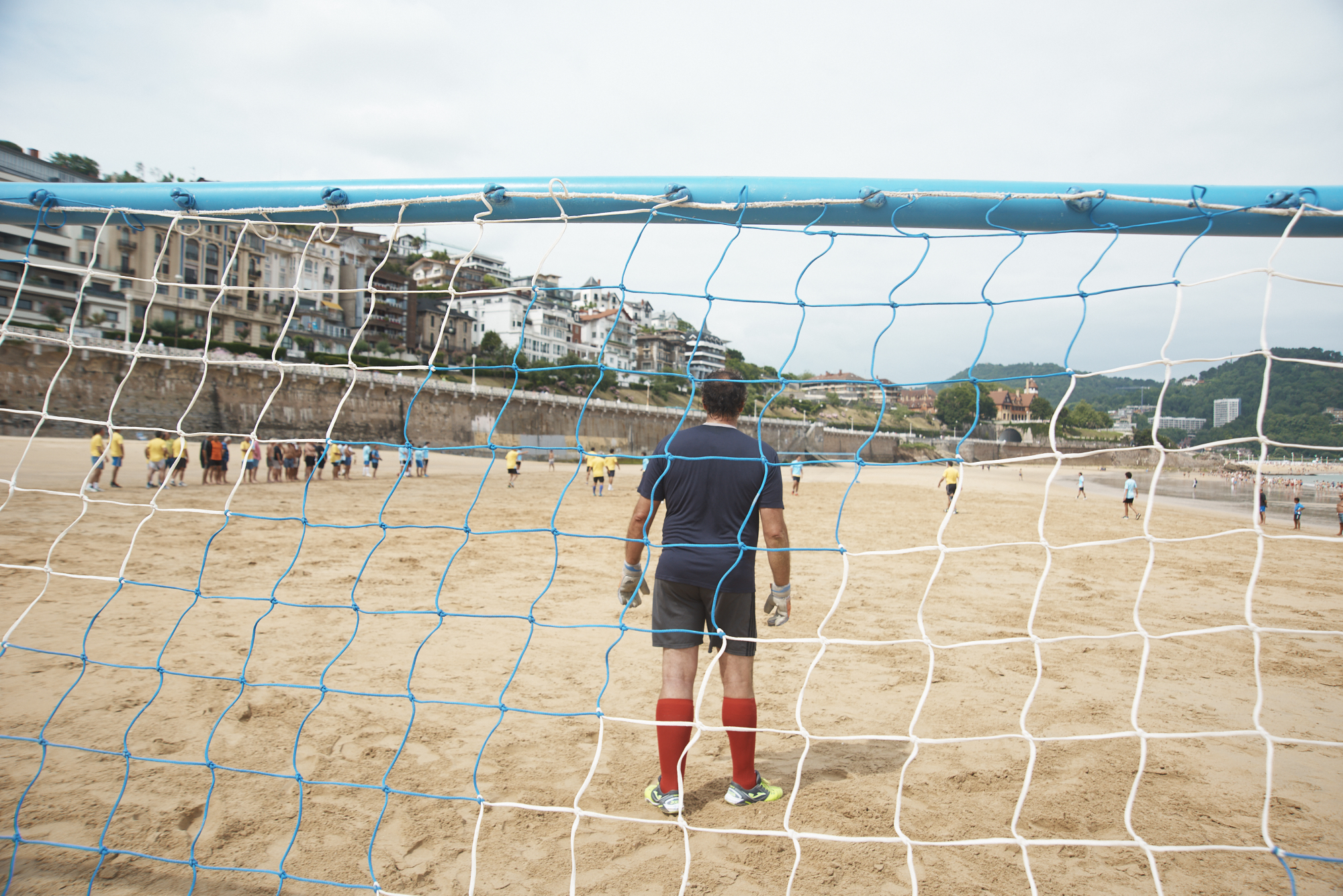 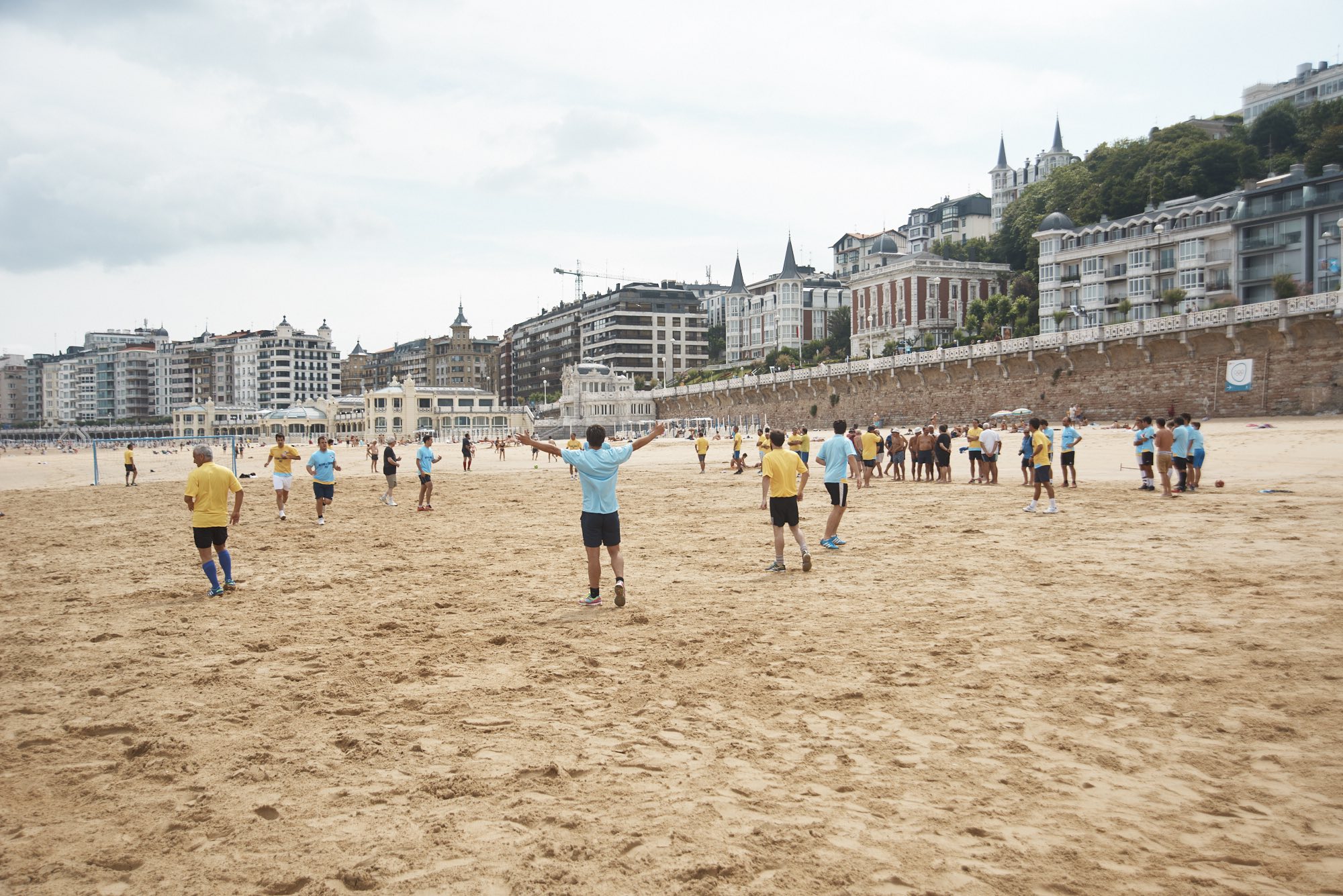 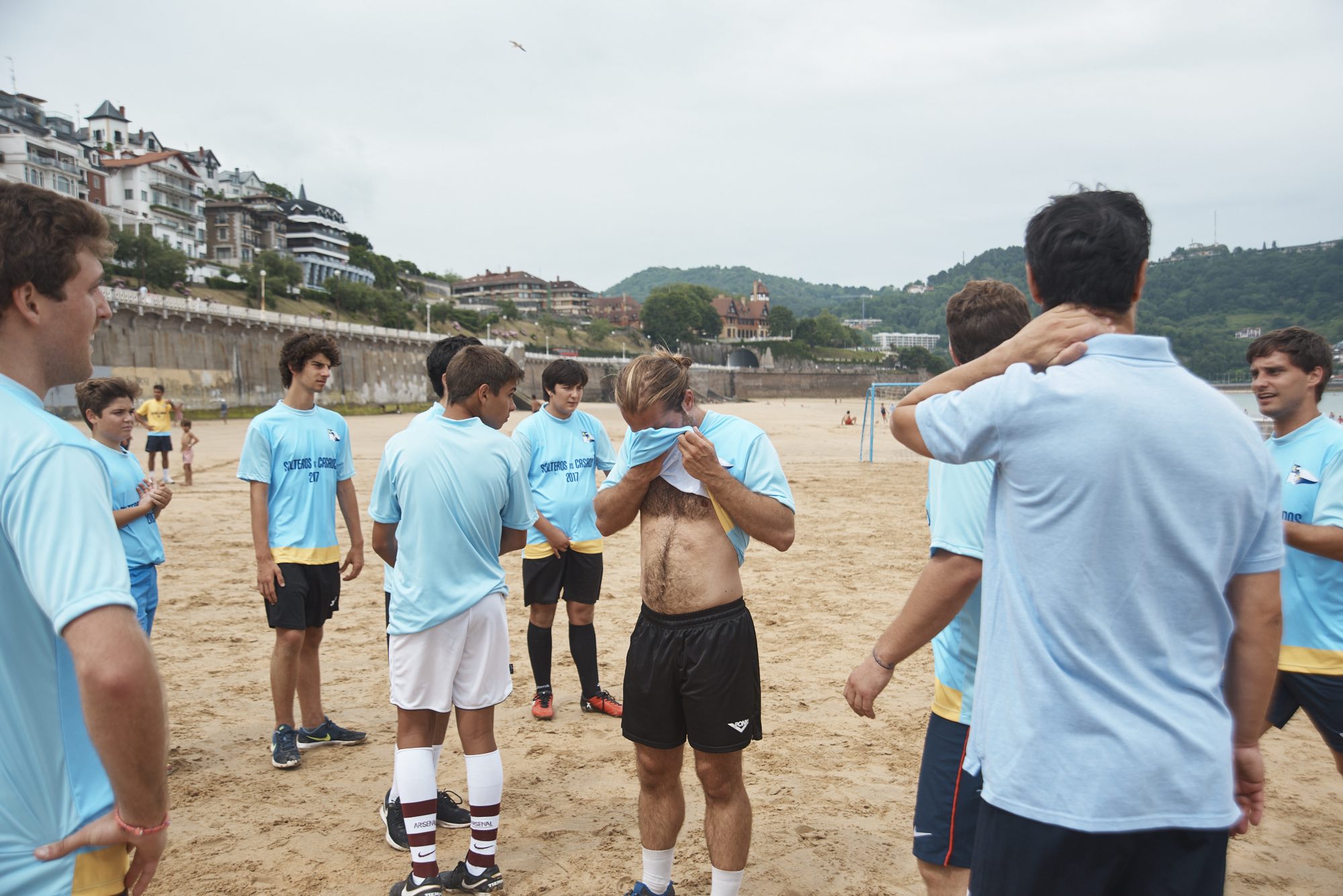 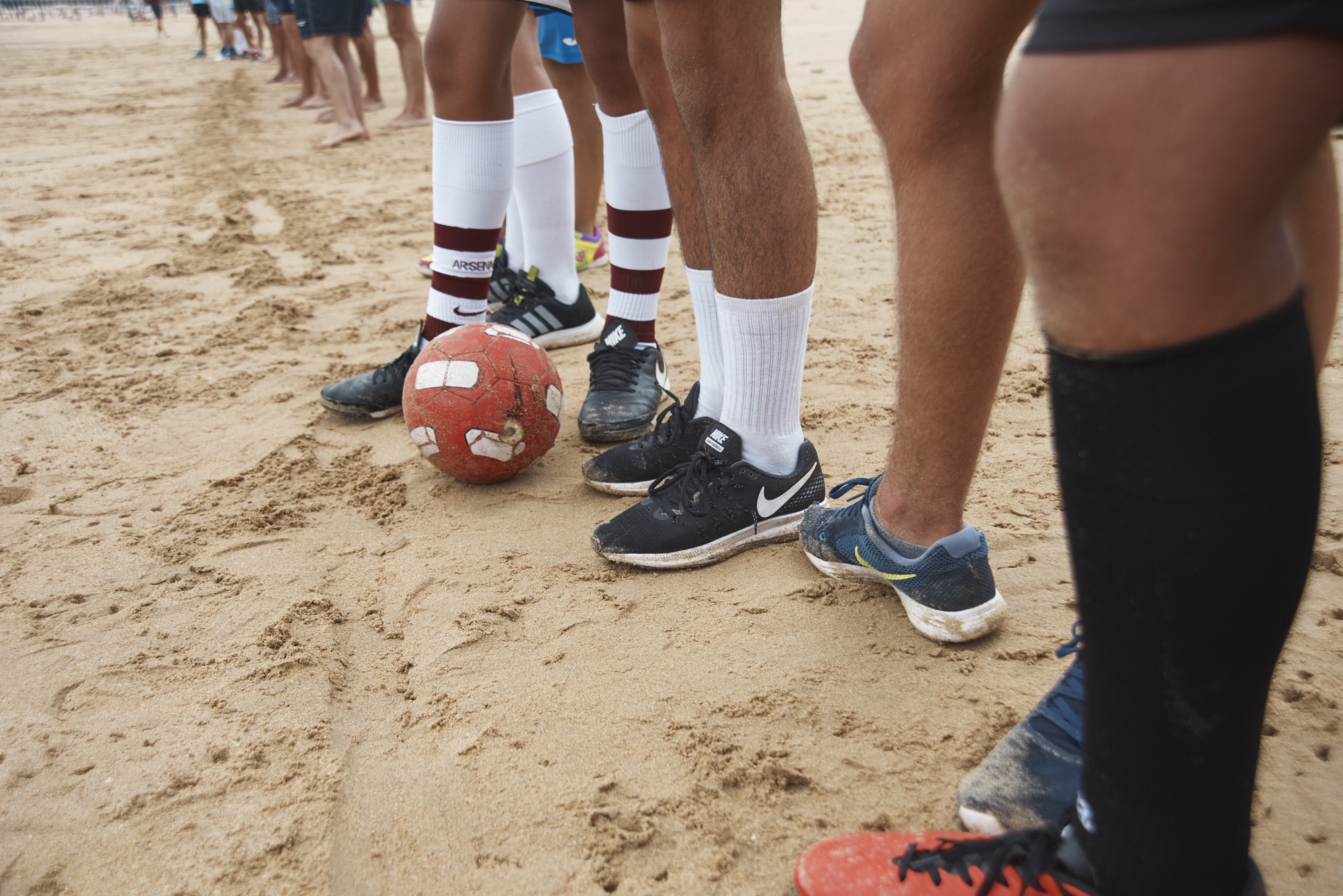 See more of Elliot Wilcox’s work on his official website.

Linkedin
RELATED ARTICLES
OTHER ARTICLES
The two-day long event returned to London this year, showcasing a spectacular parade, steel bands and Caribbean food.
By turning a real-life crisis into daytime television fodder, TV bosses have once again shown themselves to be completely out of touch with audiences.
Ahead of the release of their first collaborative album, the producer and rapper talk psychedelics and the state of UK hip hop.
A group of young Palestinians have found temporary freedom in the act of parkour, reimagining wreckage and ruins as a series of high-octane playgrounds.
Thousands attended the annual event this year to wheelie through the city and call for ‘knives down, bikes up’.
The idea that a younger generation is abandoning work has become a popular narrative online, but it doesn’t necessarily reflect reality.