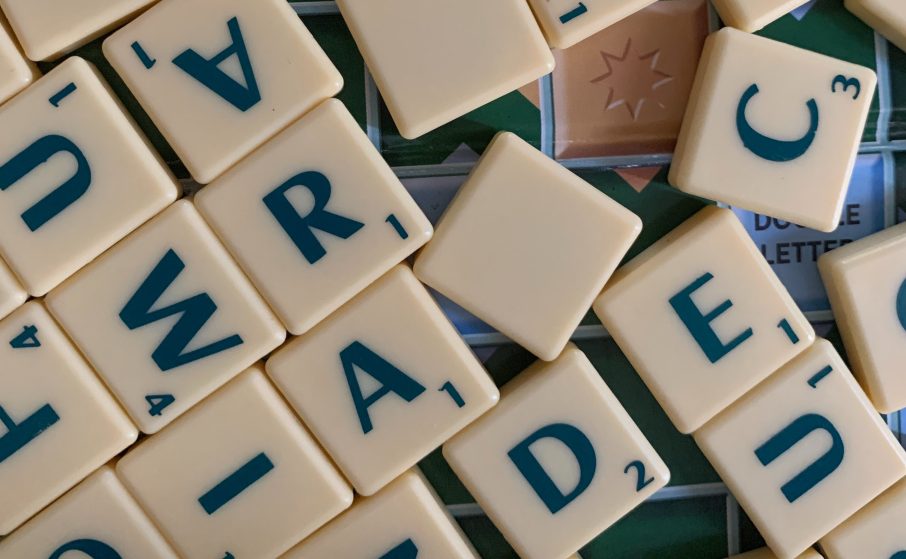 For many players, Scrabble is much more than just a game. Writer Sean Cole speaks to some of the world's leading players to find out what it takes to rise to the top.

Despite its humble origins, for many players, Scrabble is much more than just a game, but a fiercely competitive, lifelong commitment. Writer Sean Cole speaks to some of the world's leading players to find out what it takes to rise to the top of the ranks.

Two players. One hundred tiles. Endless possibilities. No game of Scrabble is ever the same. But to most people, that’s exactly what it is: a game.

For others, though, it’s not so much a passing interest, but a dedicated, lifelong passion. The world of competitive Scrabble is where casual players and hobbyists meet fiercely committed professionals. Tournaments are played across the world each week, with ranking points, and sometimes prize money at stake. It’s a situation far removed from the game’s humble origins.

To succeed at the top level requires a certain mindset. According to Brett Smitheram, a 40-year-old recruiter living in London, who is also a former world champion, it begins with a level of commitment and obsession.

“There are about 168,000 words between two and nine letters, so to just get that pure volume into your head in the first place takes a bit of commitment,” he says. “It takes a level of humility, because everybody is constantly learning. Those people who just think they’re unlucky all the time, and don’t go back and review their games and learn from their mistakes, don’t usually become the top players.”

“It takes a little bit of creativity as well, because there are some players who will play the standard move all the time, but you’ve got to bear in mind sometimes that you’re playing a human being. So, like poker, you can sort of work out what they might be doing and change your game accordingly.”

Scrabble was invented in 1931 by American architect Alfred Mosher Butts. After a slow start, it developed into a sensation: millions of copies were sold as it became a household staple and a cultural touchstone. In fact, more than half of British homes are estimated to have a Scrabble board.

Competitive scrabble players have since taken the game in a radically different direction to the one first envisioned by its creator. Instead of trawling through the dictionary to find interesting words, there is now specialist software available to players.

“There are a number of learning programmes that have been created which actually break all the words down into order of usefulness. Obviously, in a Scrabble set there’s only one ‘Q’, so words containing a ‘Q’ are not as useful as words containing an ‘E’,” Smitheram explains.

“You basically keep adding tiles to the rack, and then you can break down each rack into how probable it is to come up. What Scrabble players do now, at least those at the top, is use computer programmes to generate those lists. When you have that list you can get the programme to test you to see whether you can solve the anagrams.”

Each player has their own routine, but Smitheram estimates that he spends between two to four hours a week practising – whether that be solving anagrams at home, or learning new words on the commute to work. Some do much more than this, but Smitheram’s approach clearly suits him, as he’s been consistently ranked among the top 20 players in the world.

“I’m often using programmes to throw anagrams at me,” says Smitheram. “I liken it to a carpenter and his tools. If you have the words, you have the tools. But if you have no skill in carpentry then you can’t make anything.”

That’s where strategy comes in, which is broadly about working out which tiles to use at which point in order to maximise your own score, and minimise your opponent’s, while bearing in mind the probability of certain letters coming your way later on. Sometimes it might be advantageous to keep the board open, in order to increase scoring possibilities for both players, or to close options off and stifle your opponent. The secret to winning is striking the right balance.

In the UK, hundreds of people compete on a regular basis in tournaments overseen by the Association of British Scrabble Players (ABSP). The better they do, the more points they accumulate, contributing to an overall leaderboard. Smitheram is currently in joint-second place, alongside Nigel Richards.

A five-time world champion who now earns a living solely from Scrabble, New Zealand-born Richards is a unique case. He devotes himself fully to the game and travels across the world to play in tournaments, routinely winning at the French version, Duplicate, despite not speaking the language. Simply learning the French dictionary through repetition was enough.

Counter-intuitive as it may seem, Scrabble is a game with a hard-nosed numerical edge. In essence, it’s about weighing your options, assessing risk, combining bonuses and working out the odds of what tiles you’re likely to pick up. For some of the best players, the words themselves are almost incidental to the real dynamic of the game.

“When you’ve got that many words, you don’t always have the brain space or the time to learn all the definitions. If you look at the demographic of the top players, they’re often not linguists at all. They’re often computer programmers or mathematicians,” says Smitheram.

This separation of words and meanings, which becomes necessary the further you progress, explains why there are several foreign players with limited spoken English but incredible vocabularies and Scrabble skills, such as Thailand’s Panupol Sujjayakorn. Sometimes, in games against opponents playing in their first language, they may be flummoxed by modest conversational words but see no issue with complex, technical terms that most will never have encountered.

While Scrabble is a game that lends itself to obsessive personalities, for many on the competitive scene, it remains a fun and sociable pursuit more than anything else. Nicky Huitson, a 58-year-old former business owner from Kent, is a prime example. “When I split up with my husband in 2005, I was at a loss as to what to do with my weekends, so I went to the local library to see what was available,” says Huitson.

“A lady had advertised that she ran a small weekly Scrabble event at her house, with six to eight people. I went along, and although I was the youngest there by about 30 years, they made me feel so welcome, I started going regularly.”

Within six months, Huitson had entered the National Scrabble Championship at Alexandra Palace. As an inexperienced player, she lost the majority of her games but still became hooked on the tournament scene. But she has been practising regularly and climbing the rankings ever since.

“I no longer get nervous, because I’ve had enough ‘lucky’ games to beat most of the top UK players at least once,” says Huitson.

Huitson, who met her partner through Scrabble, also runs one of the game’s largest online communities, Scrabble Snippetz, a Facebook group for “Scrabblers” to meet and discuss anything related to the game. The community currently has a global membership of over 6,700 members.

Encouraging participation is important to many of those in the Scrabble world. As something of a niche interest, Scrabble is often seen as the reserve of obsessives, and the standings are typically dominated by older players, particularly men. Sumbul Siddiqui, a 22-year-old Geography graduate, is an outlier in both respects.

“What I have noticed is that even if you go to Asia, which is the hub of youth Scrabble, you hardly see any girls,” Siddiqui says. “It’s not that they’re not being pushed to play, or they don’t have the facilities to play. I just don’t know why it’s happening.”

Siddiqui was born and grew up in Pakistan before moving to London at the age of 12. Although she struggles to understand why more women don’t play Scrabble, at least in a competitive sense, she has seen the game’s global appeal first-hand.

“I first started playing when I was 11-years-old. I was in Karachi when I started playing with the Pakistan Scrabble Association. My grandad and my dad used to play so that’s what motivated me to get into Scrabble, but I was a wordsearch freak,” says Siddiqui.

She started taking Scrabble more seriously during her second year of university, and has since become one of the top-ranked female players in the UK. But, still, she says: “I would like to have a championship where females are playing.”

When it comes to the shortage of young players, Scrabble’s image problem certainly doesn’t help. What are the stereotypes which surround Scrabble players? “Nerdy, friendless geek who sits in a darkened room, I’d imagine,” says Smitheram.

From Smitheram’s point of view, this is a misconception. “What’s really interesting about Scrabble is that it’s got such a cross-section of society. We have people who are your classic geek, but equally, at the other end, we’ve got people who run their own nightclubs, computer programmers, linguists, and TV stars.”

“The only binding factor at the top level is intellect,” he continues. “They’re often really, really bright people who are motivated and focused.”

Having started playing in school, Scrabble has taken Smitheram all over the world. “From my background in Cornwall, I’d never flown before or met people of other nationalities. Scrabble took me on my first flight, to Melbourne, to my first World Championship in 1999. It’s taken me to Las Vegas, Malaysia, and all over Europe.”

Becoming a key figure in a world that so few people are aware of, let alone understand, has changed Smitheram’s life in many ways, not least his relationship with language. “I normally remember the anagram of someone’s name before I remember their name, which is a bit confusing.”

“But at the same time, because my word power – you probably wouldn’t call it vocabulary – has expanded as much as it has, I’m able to see the commonalities that English has with lots of other languages,” says Smitheram.

“There’s nothing like going to the zoo, or a garden, or ordering something from a takeaway, and coming across a word that you knew was a word, but you never knew what it meant,” Smitheram adds. “It’s made language more real as well.”

Linkedin
RELATED ARTICLES
OTHER ARTICLES
50 years since its inception, and the campaign calling for recognition that capitalism depends on domestic labour is as pertinent as ever.
Wealth inequality and the rising cost of socialising is placing a strain on people’s relationships, reports Eve Upton-Clark.
Photographer Arthur Grace recalls travelling through the Soviet Bloc and finding ways to evade the surveillance of his work.
In her new book, the author explores the country’s housing crisis in human terms and calls for radical action to address a broken system.
The past five years have seen a staggering increase in foodbank usage across the UK. Now, staff fear things are set to get much worse.
Photographer Matthew Brookes recalls following a group of young people in Venice Beach living in search of the perfect wave.