Outdoor / Surf / The best artificial wave pools in the world 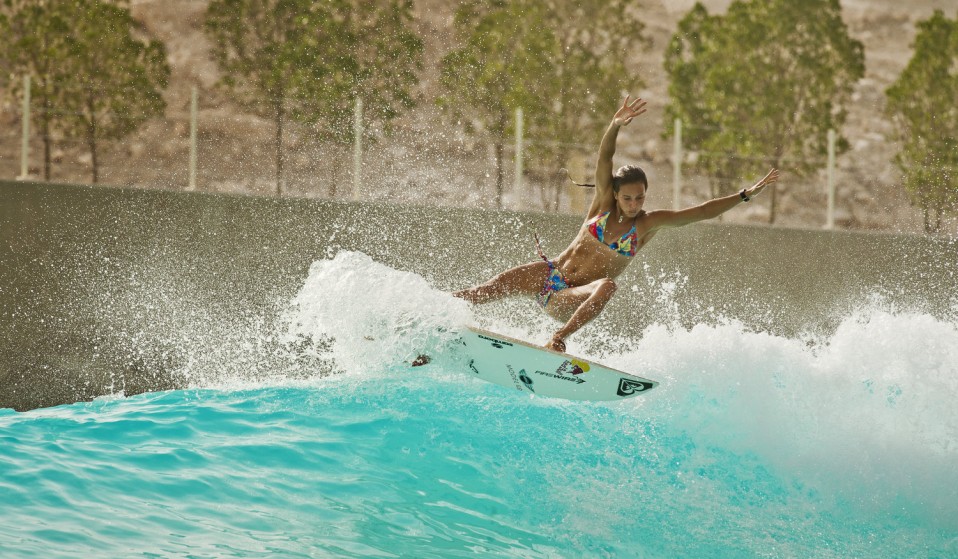 Wave pools like the new lagoon in Wales' Snowdonia are helping surfing get to the Olympics. We've curated a selection of the world's best to give you a taste for what's on offer.

Wave pools like the new lagoon in Wales' Snowdonia are helping surfing get to the Olympics. We've curated a selection of the world's best to give you a taste for what's on offer.

“There’s always another wave coming” – goes the old Hawaiian saying. Only problem is, there’s always another surfer trying to catch it. One of the things that makes surfing the most frustrating thing ever is its Catch 22: you don’t get many waves until you’re good, and you don’t get good until you’ve caught many waves. And, while the amount of surfers getting in the water is increasing exponentially, the amount of surfable waves is exactly the same as it ever was.

Small wonder then, that we’ve been trying to develop a man-made alternative for decades. One method could be to enhance what the sea offers: this was attempted with limited success in Bournemouth, UK, where huge sandbags were laid down 250 metres off the coast to create an artificial reef, only to find factors like wind, swell direction and quality were just as critical. To guarantee good surf, we need to create our wave environment from scratch – in a pool.

Enter the wave pool, in which a ‘real’ wave is created by releasing a huge volume of water into one corner of a pool. These waves, to be found in select waterparks around the world (from the middle of the desert in the United Arab Emirates to the middle of the Welsh mountains in a brand new facility at Snowdonia) are, at worst, an impressive fake, and at best an improvement on ocean waves – because every wave is identical to the last. This allows surfers to focus a hundred per cent on the execution of tricks. For surfers like Coco Ho, pools represent equal opportunity: “It’s going to take a while, but eventually, done properly, it will mean who’s best, wins. I would love to try a WCT event in a wave pool one day. And then we could be in the Olympics and X Games and stuff.”

In fact, it was recently announced that surfing had been shortlisted for the 2020 Tokyo Olympics, but for many, like The Surfer’s Path writer Drew Kampion, wave pools don’t quite cut it. “This is not surfing except in its most limited sense,” he says. “Ninety per cent of surfing is paddling out among the elements, breathing in the negative ions in the sea air – and wave machines fail to capture any of that.”

Nevertheless, here are a selection of edits from some of the most popular wave pools around the world. Do they live up to the hype?

Linkedin
RELATED ARTICLES
OTHER ARTICLES
Just when you think 'extreme sports' can't get anymore extreme. Someone puts skis on their motorbike and drops into some huge waves in French Polynesia.
There's a cut'n'paste cacophony from Newport Beach to Noosa.