Outdoor / Surf / Can Kelly Slater bring anything new to the surf fashion game? 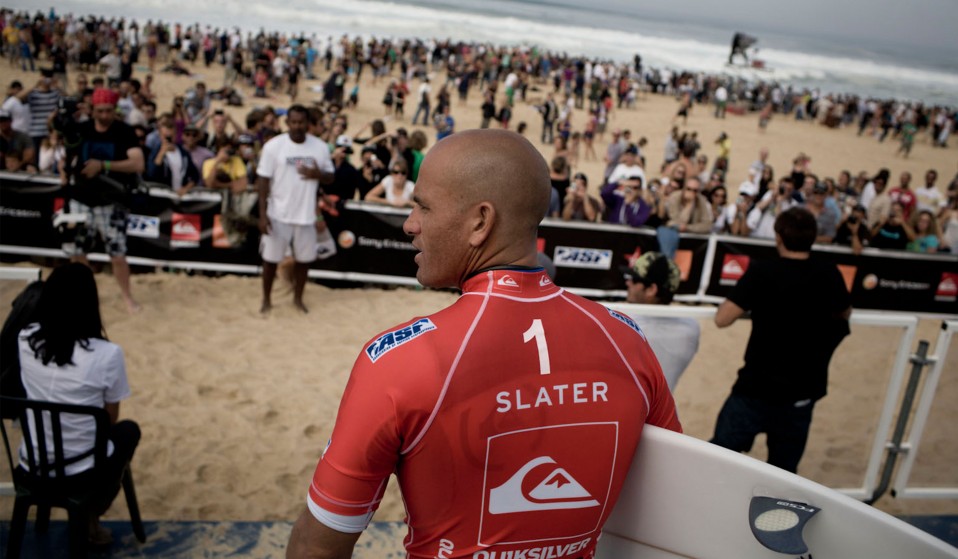 It had to happen: The Greatest Surfer Who Has Ever Lived launches his own clothing line, but will it live up to Slater's ethical and sustainable claims?

It had to happen: The Greatest Surfer Who Has Ever Lived launches his own clothing line, but will it live up to Slater's ethical and sustainable claims?

Ok so it’s no surprise. Eleven time World Surf Champion Kelly Slater has launched his own brand – Outerknown – in the wake of his much vaunted split from long time sponsors Quiksilver. Question is – will the new company deliver on its very Slateresque claims on creating ethically produced, sustainable product rooted in the aesthetics of the ocean – or is this merely the board shorts rocking corporate crew co-opting Slats into ‘doing a Patagonia’ – with cynical eye on the yield of the dollar bill?

Let’s examine the evidence. According to Transworld Business, Outerknown is no simple ground-up startup. Rather, the brand is backed and comes under the aegis of the Kering Group – the industry behemoth that via its brand Volcom made a bundle of cash by presenting a punkish, irreverent alternative ethos to the mainstream brands like Billabong and Quik around the turn of the millennium. So what, you might say – it’s more than possible for a brand to define its own values and practices against the backdrop of an altogether different business model. That’s capitalism, baby. On the other hand – even with Slater’s chops – how possible will it be to sustain the all important profit margins that a corporation like The Kering Group needs, while sticking resolutely to the brands guns of ethical production and distribution models? We simply don’t know.

Anyone who knows anything about Kelly Slater will know that, possibly more than anyone else who has ever ridden a wave, he genuinely maintains a sense of propriety when it comes to the physical planet. The man has a preternatural, seemingly animal knowledge of the way the ocean works – and leveraging this knowledge he has become one of the wealthiest and most influential humans in the field of free sports. In a kind of obtuse mirror image to his physical freakitude, however, he has managed to stay incredibly elusive and has steered clear time and time again of becoming any sort of ‘surfing ambassador to the planet’.

His image has veered between unreconstructed Floridian surf kid hanging out with Pam Anderson – to being an über-focussed Michael Jordan character – to now and then revealing himself as an arch conspiracist and quasi mystic – a kind of shaman in the eyes of some who is able to call the best set waves unto himself and then proceeds to shred them to pieces. At the height of his competitive powers (which are far from depleted) Kelly can make even the other top 44 surfers in the world look awkward and mechanical in the water.

When you weigh up these arguments – the reality of the business versus Slater’s crystalline reputation – it’s impossible to make a call as to wether  or not the champ’s direct intervention in the brand will make a difference.

What’s clear, though, is this: the surf industry for decades has simultaneously shouted loudly about the magic of the ocean environment while producing a tonnage of toxic landfill to equal any of the ‘mainstream’ industries. It’s exciting to think that The Greatest Surfer Who Has Ever Lived might be poised to change things from within.

We’ll have to wait and see.

Linkedin
RELATED ARTICLES
OTHER ARTICLES
The government’s brutal crackdown on NGOs has left victims of rape without anywhere to seek help. And now, as the country plays a key role is Russia’s war, things are only getting worse.
With the virus now a global health emergency, we must take steps to fight misinformation and demand a swift UK-wide vaccine roll out, writes Phil Samba.
A new series of photos by Johny Pitts shines a light on communities and subcultures that have all too often been overlooked.
A sharp increase in officers armed with the electrical weapon is resulting in serious injuries and deaths.
Photographer Bud Glick recounts documenting everyday life in the area, and what it taught him about the Chinese immigrant experience.
As the Criminal Bar Association enters its fifth week of action, criminal barrister Russel Fraser explains why the legal professionals have walked out and how action is likely to escalate.