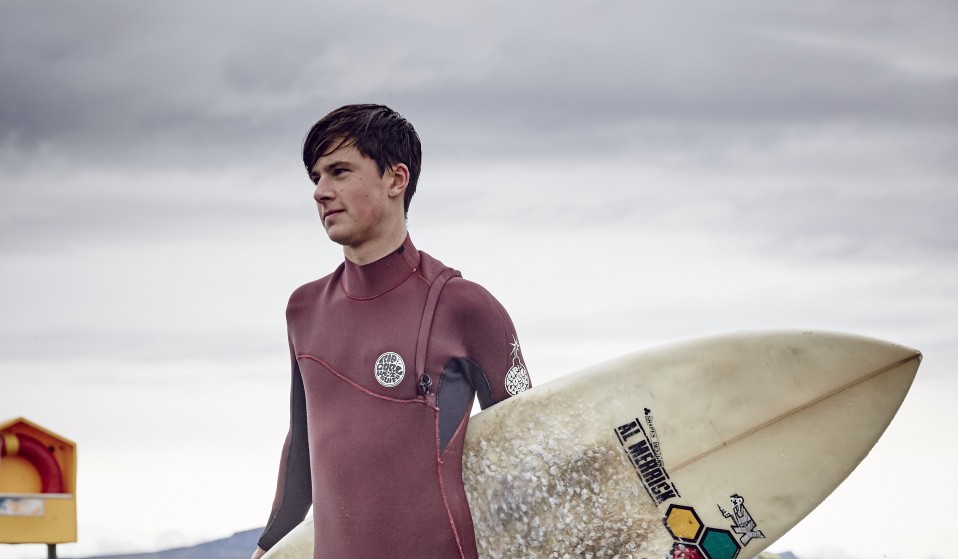 This weekend Donegal in Ireland played host to the Irish Surfing Inter-Counties Championships, marking 50 years of surfing in the country. Photographer Liam Aylott headed along to capture the celebrations.

This weekend Donegal in Ireland played host to the Irish Surfing Inter-Counties Championships, marking 50 years of surfing in the country. Photographer Liam Aylott headed along to capture the celebrations.

As a London based documentary photographer, I always jump at the chance to get out the city and explore. Last weekend was no exception, when I set off to the west coast of Ireland to photograph the Irish Surfing Inter-Counties Championships, this year being particularly special because it was a celebration of 50 years of surfing in the country.

“There will be Surfers from all eras of Irish Surfing in their 60’s, 70’s  all the way down to the groms of today!” Neil Britton assured me, surfer on the Donegal team and proprietor of Fin MCcools Surf School. “The Competition pitches teams of 4 from throughout the country against each other in surfing combat!! All levels and disciplines are allowed enter (except bodyboarders!!)” 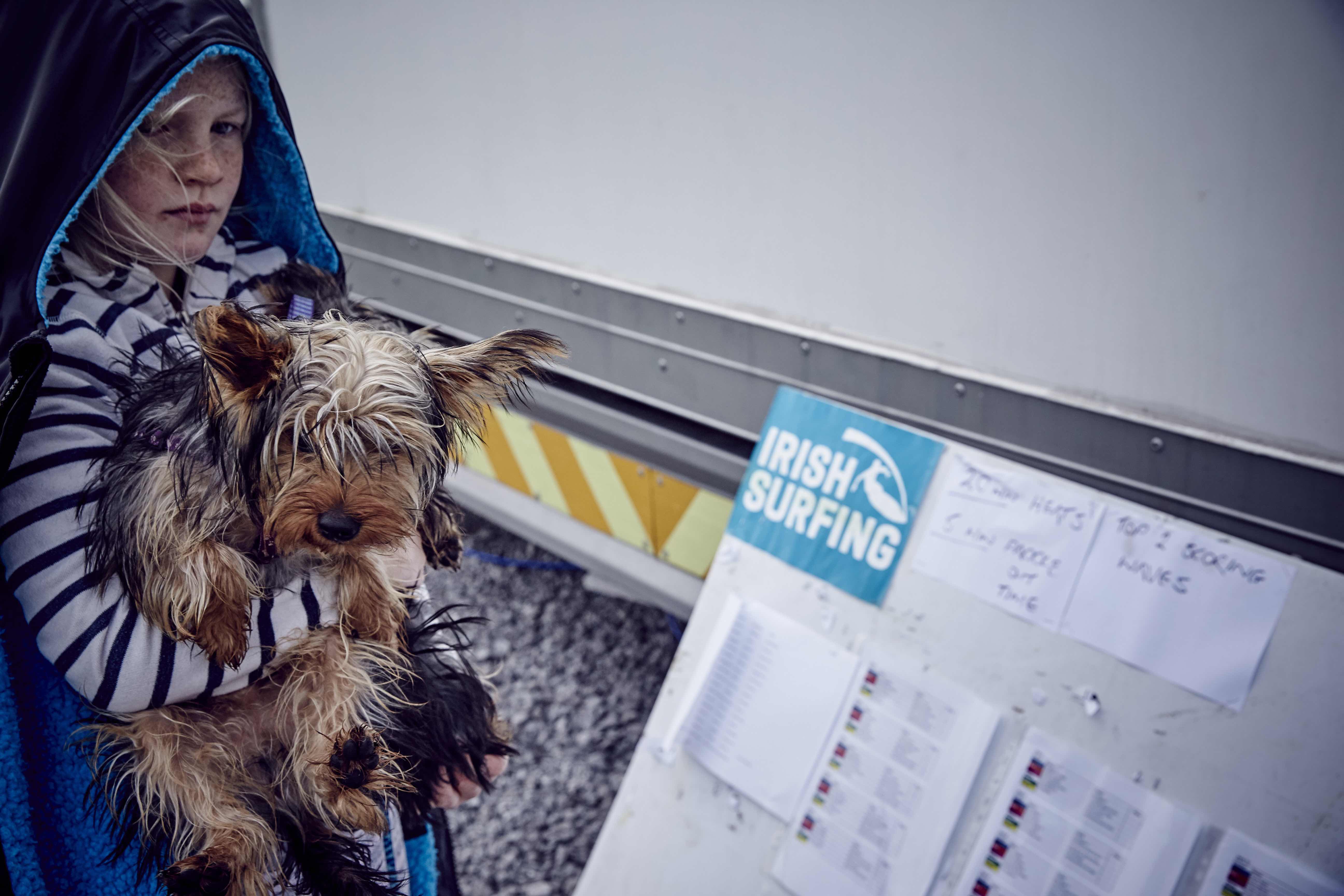 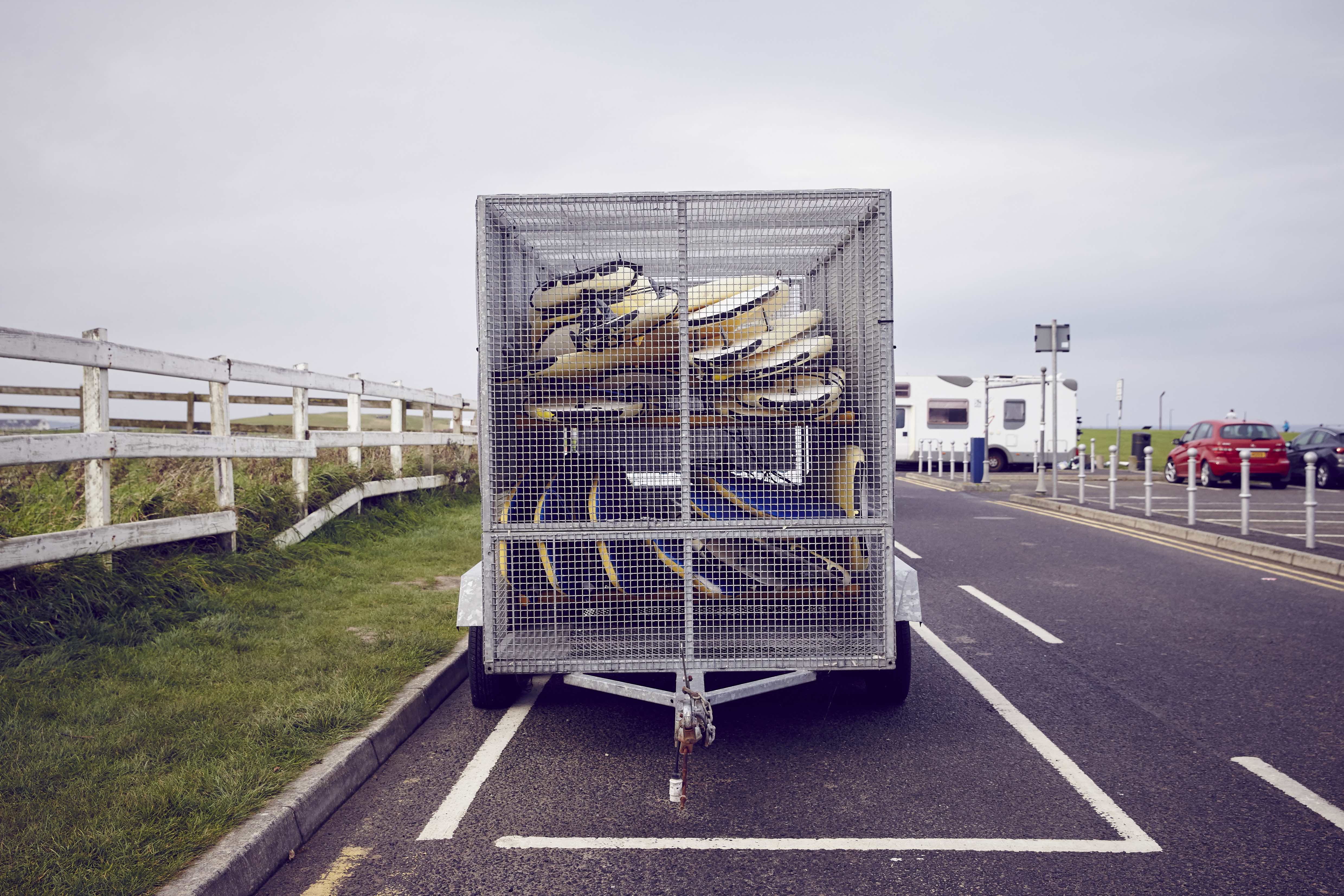 One thing he was sure that hadn’t changed over the 50 years is the true camaraderie of the Irish Surfers. “All aggro goes out the window when we meet up and have the ‘craic’!” 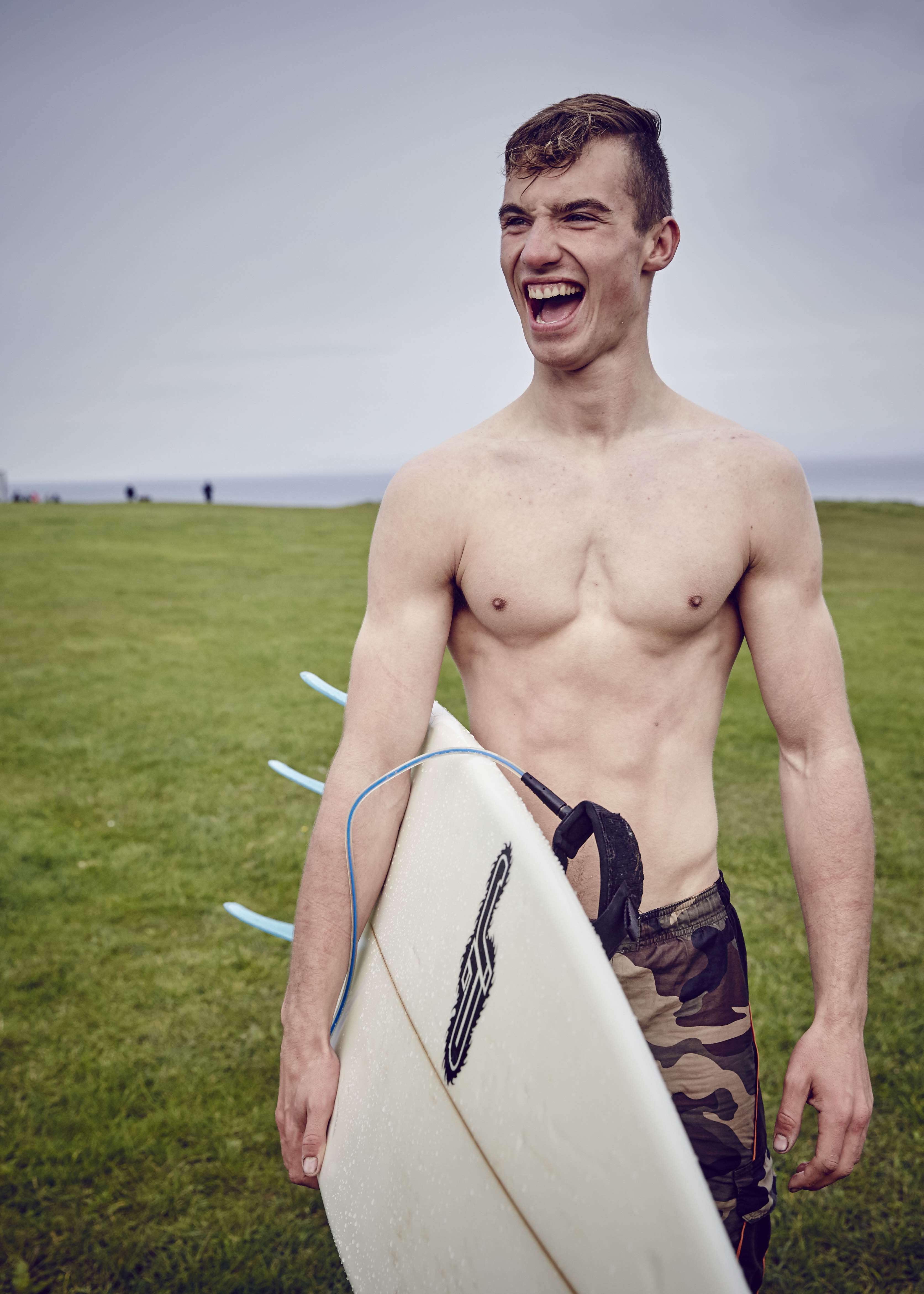 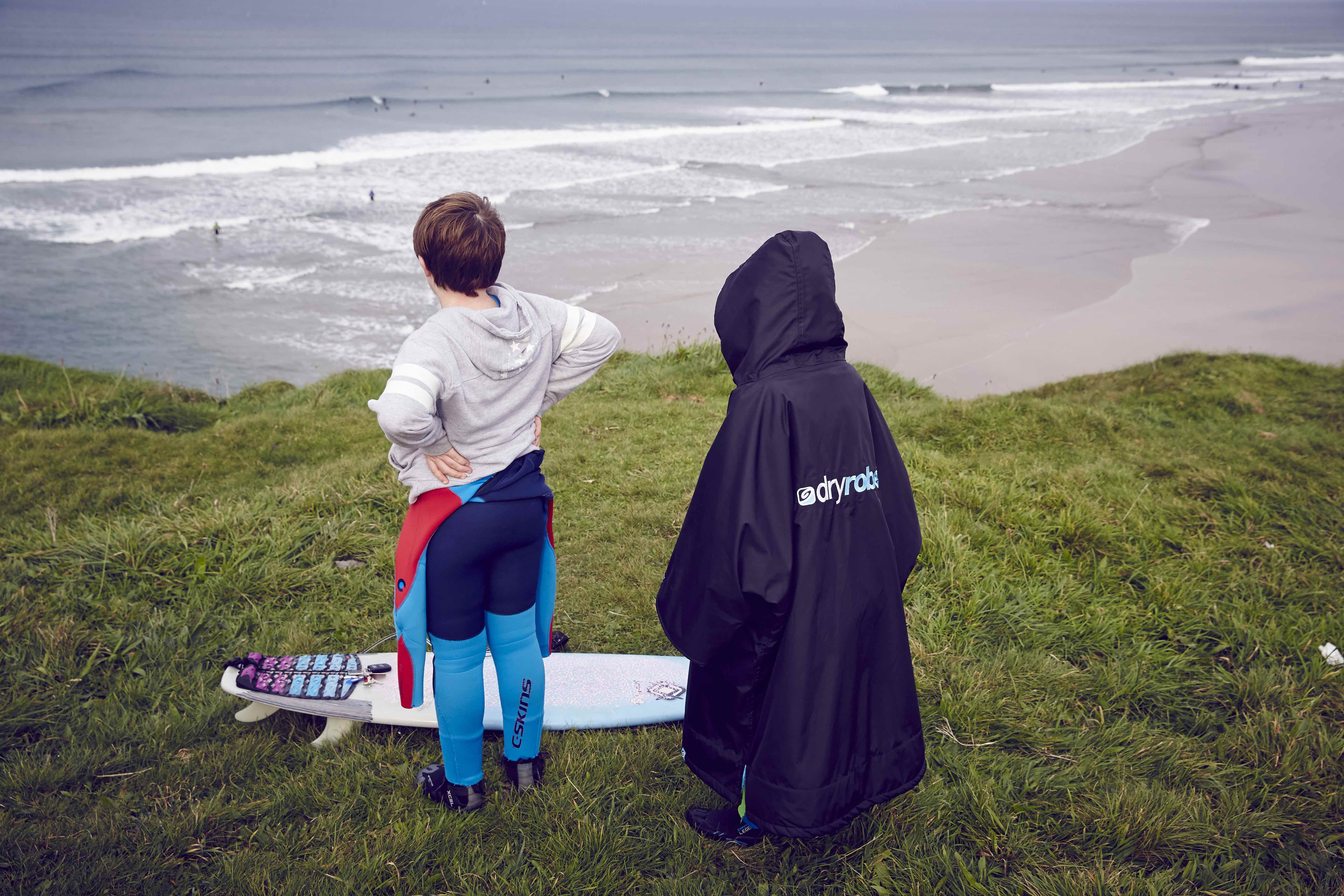 After arriving at a charming cottage I had booked in Donegal town (complete with a shotgun above the door), I set off down the Wild Atlantic Way to find the competition. It was planned to kick off at Sandhouse Hotel at the nearby Rossnowlagh beach, where Irish surfing began 50 years ago.

On arrival the beach was awfully quiet, a notice pinned to a door of a hut in the car park informing me that the competition had been moved to Tullan Strand in Bundoran, I assumed for better conditions. 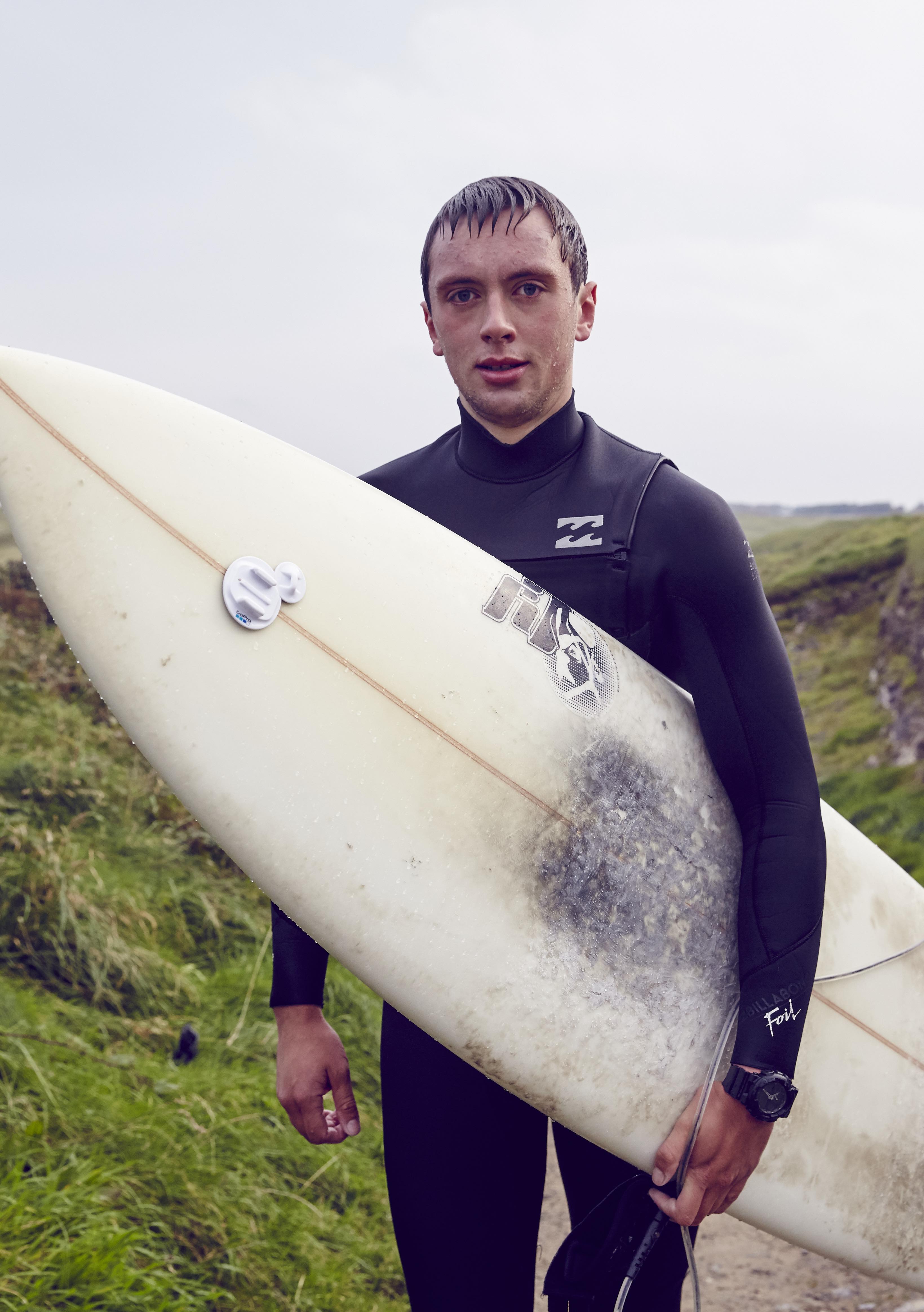 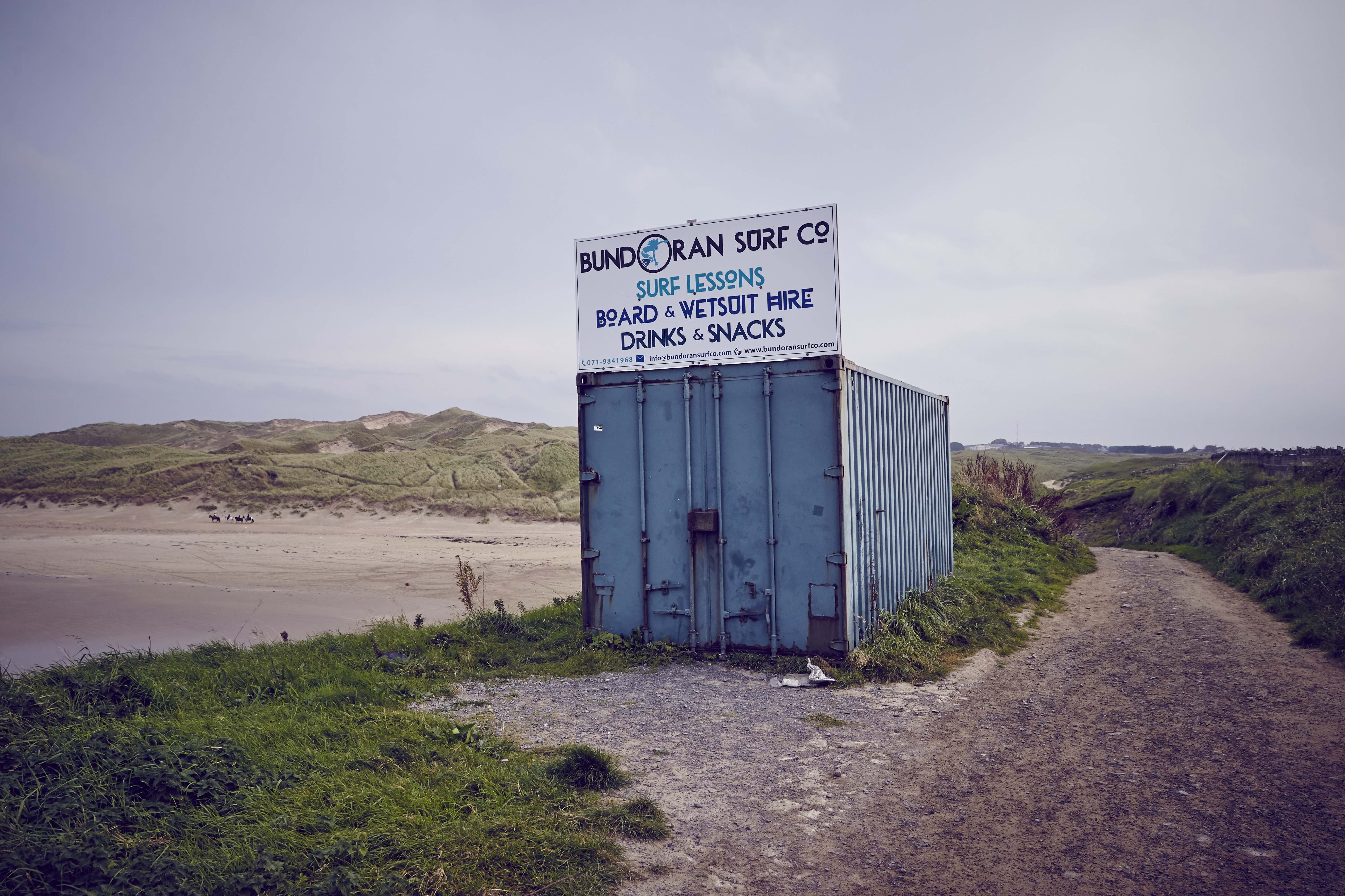 When I arrived at the new venue, hundreds of cars and camper vans were parked up in this stunning location, with the surf being watched from a cliff edge down: a huge expanse of sand, hills and the Atlantic Ocean.

I headed over to a modest white van on the edge of the cliff from where the judges sat, as results bellowed down to the ocean via megaphone. 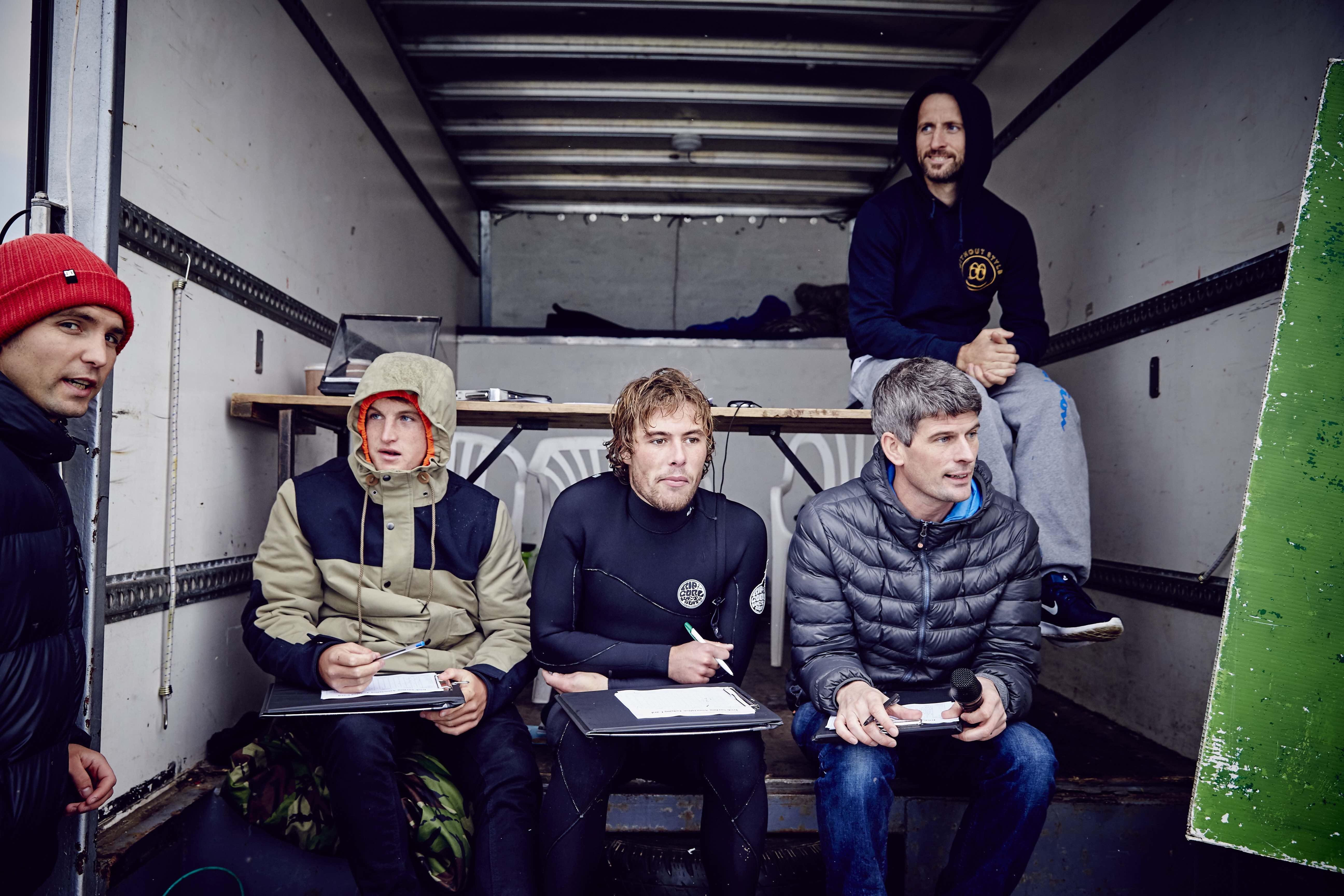 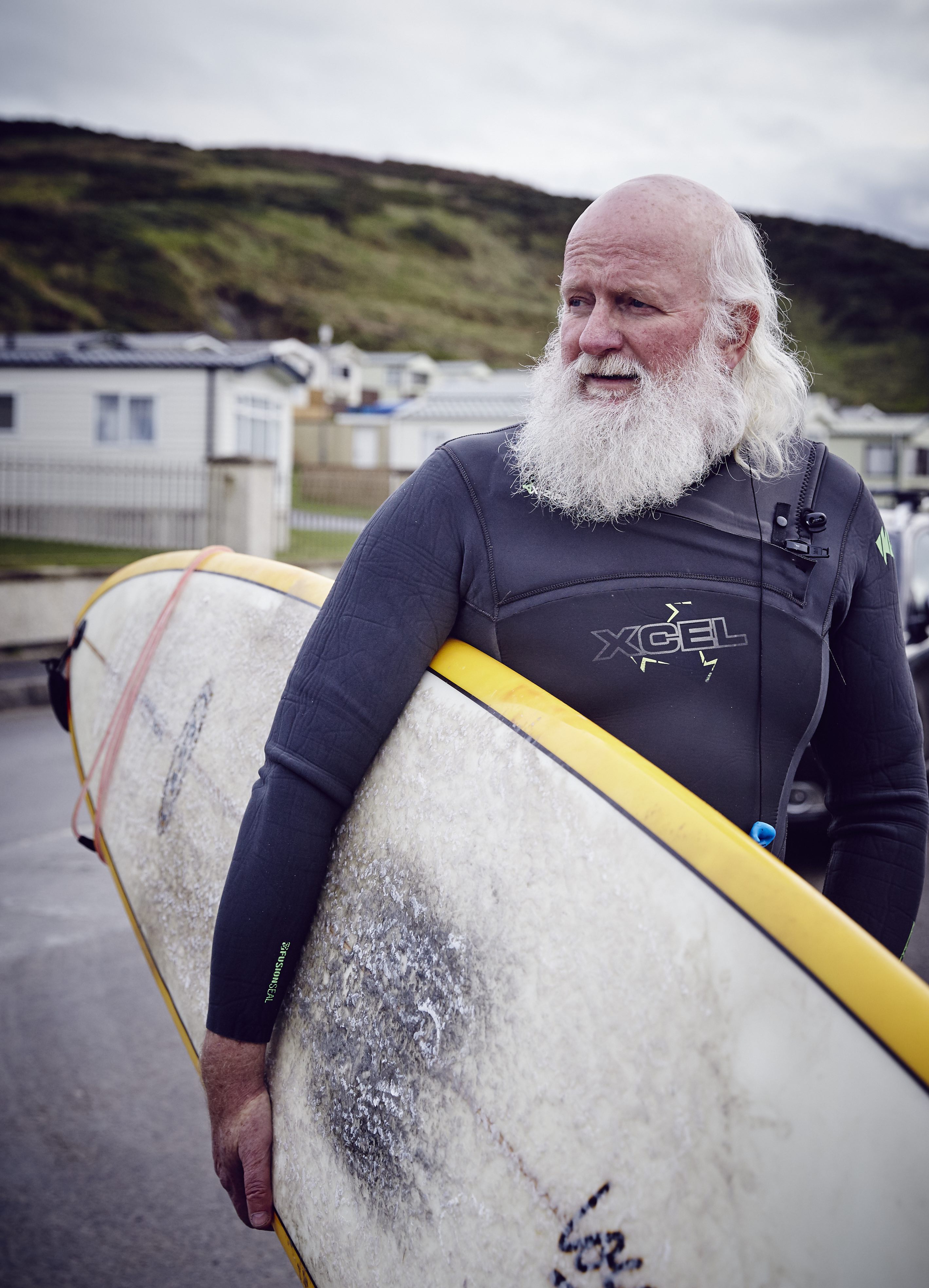 As I stood looking out over the vast expansion of ocean, six dolphins decided to join in with the surf, some of the competitors stopped for a few moments to observe these beautiful animals which must have been only a few metres away from their boards. With the weather closing in the waves got higher, and the gathering crowds on hills became louder. Groups of supporters stood shouting encouragement to the competitors from their local counties.

A strong sense of community amongst the surfers prevailed, who while waiting for the waves would chat amongst each other in the icy water.

In the end Sligo won their 6th Irish Inter-counties Surfing title, with a team of current Irish National Champion Gearoid Mc Daid, Aaron Reid, Stephen Kilfeather and Colin O Hare. They defeated the Donegal team of Neil and John Britton, Stephen Conwell and Kenny Ward in a closely fought final. In the beauty of the sunset, it didn’t seem to matter who’d won. 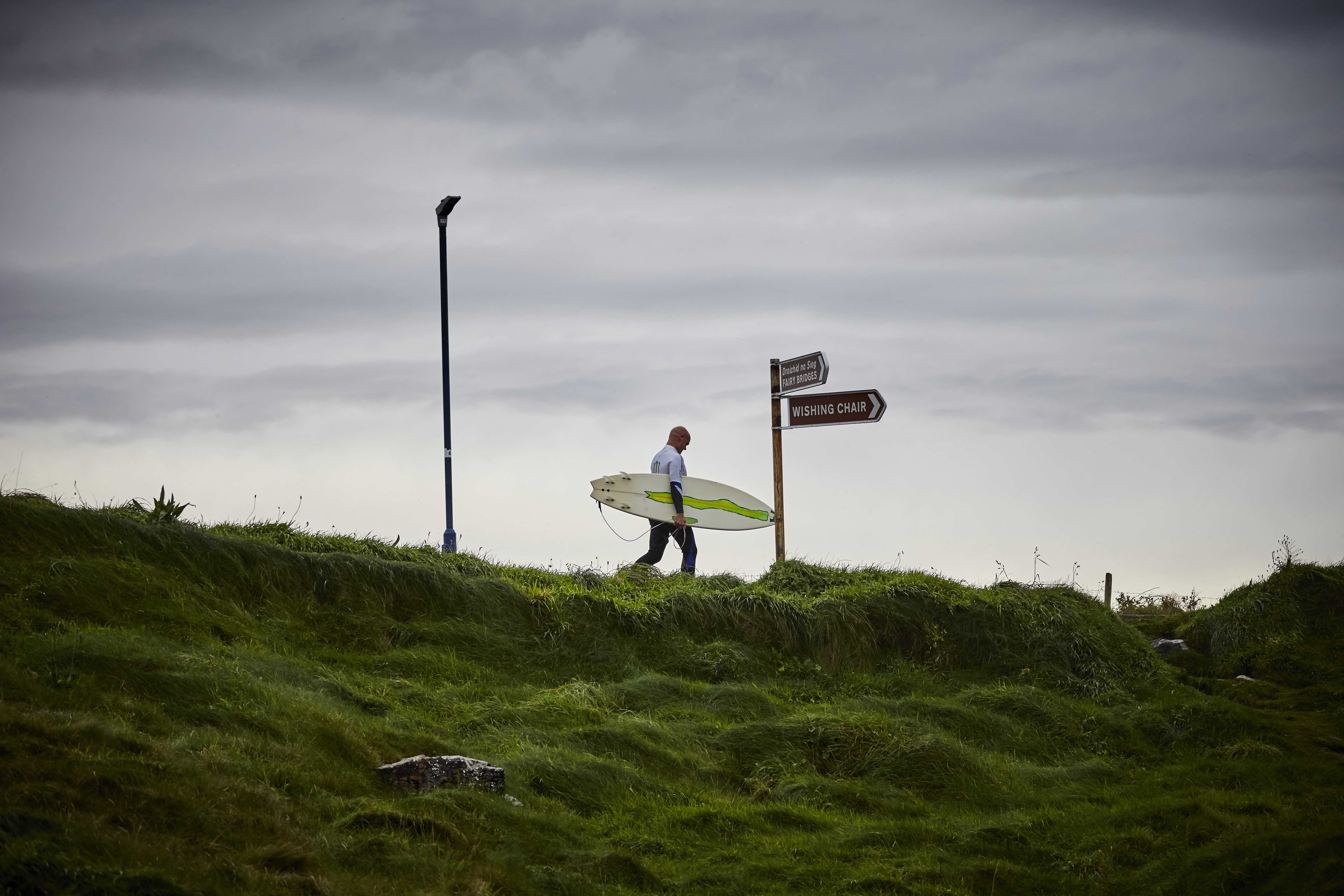 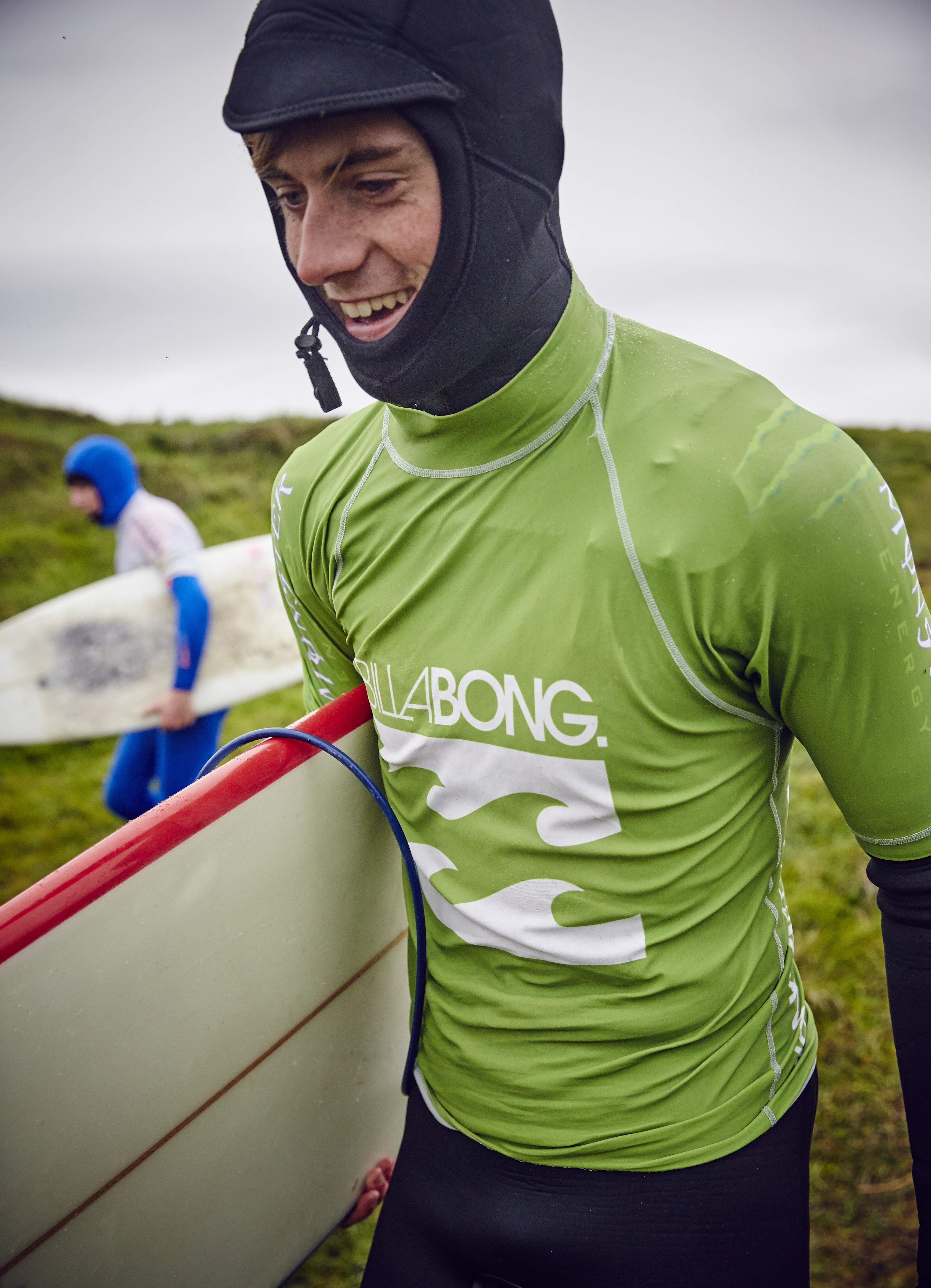 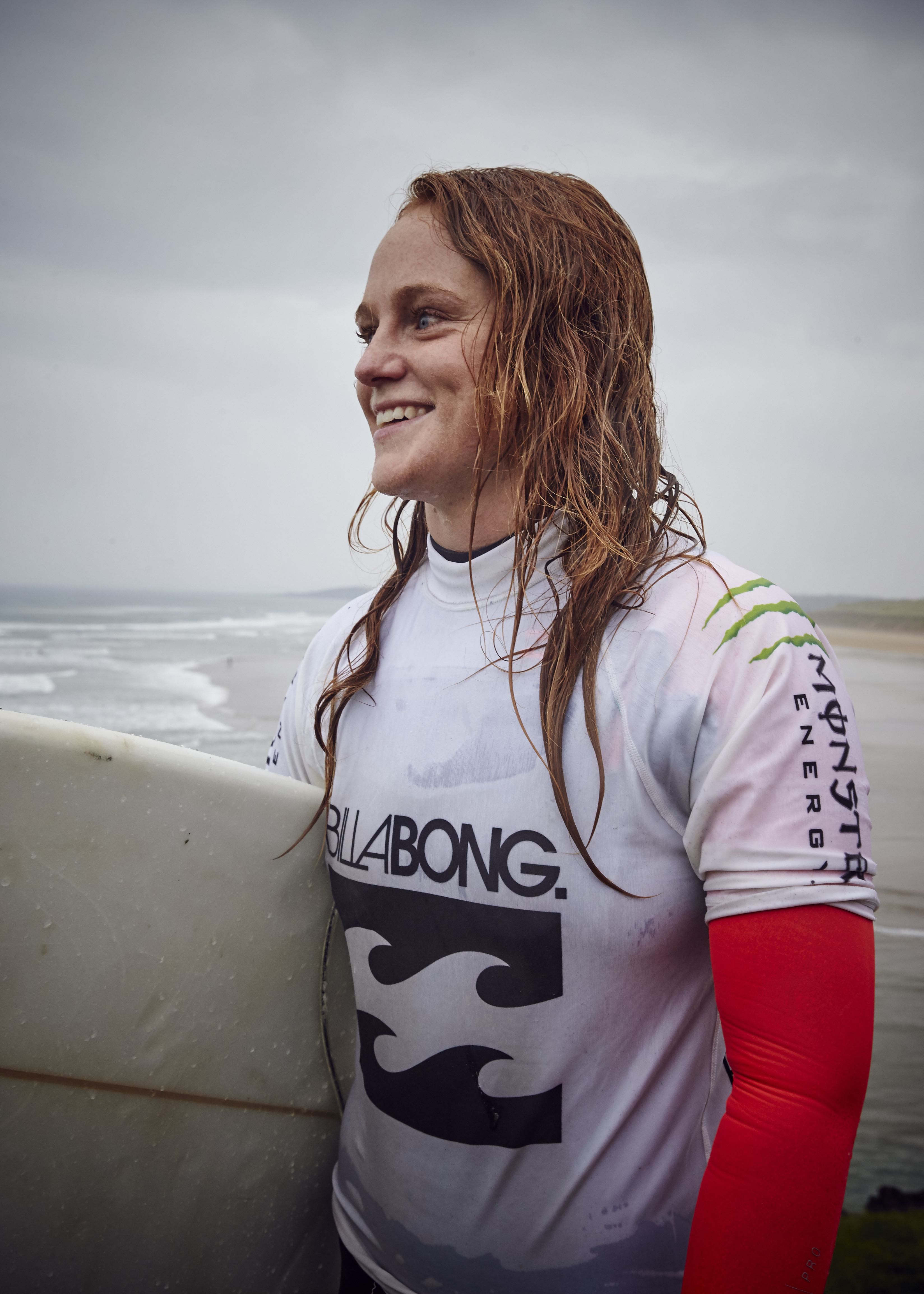 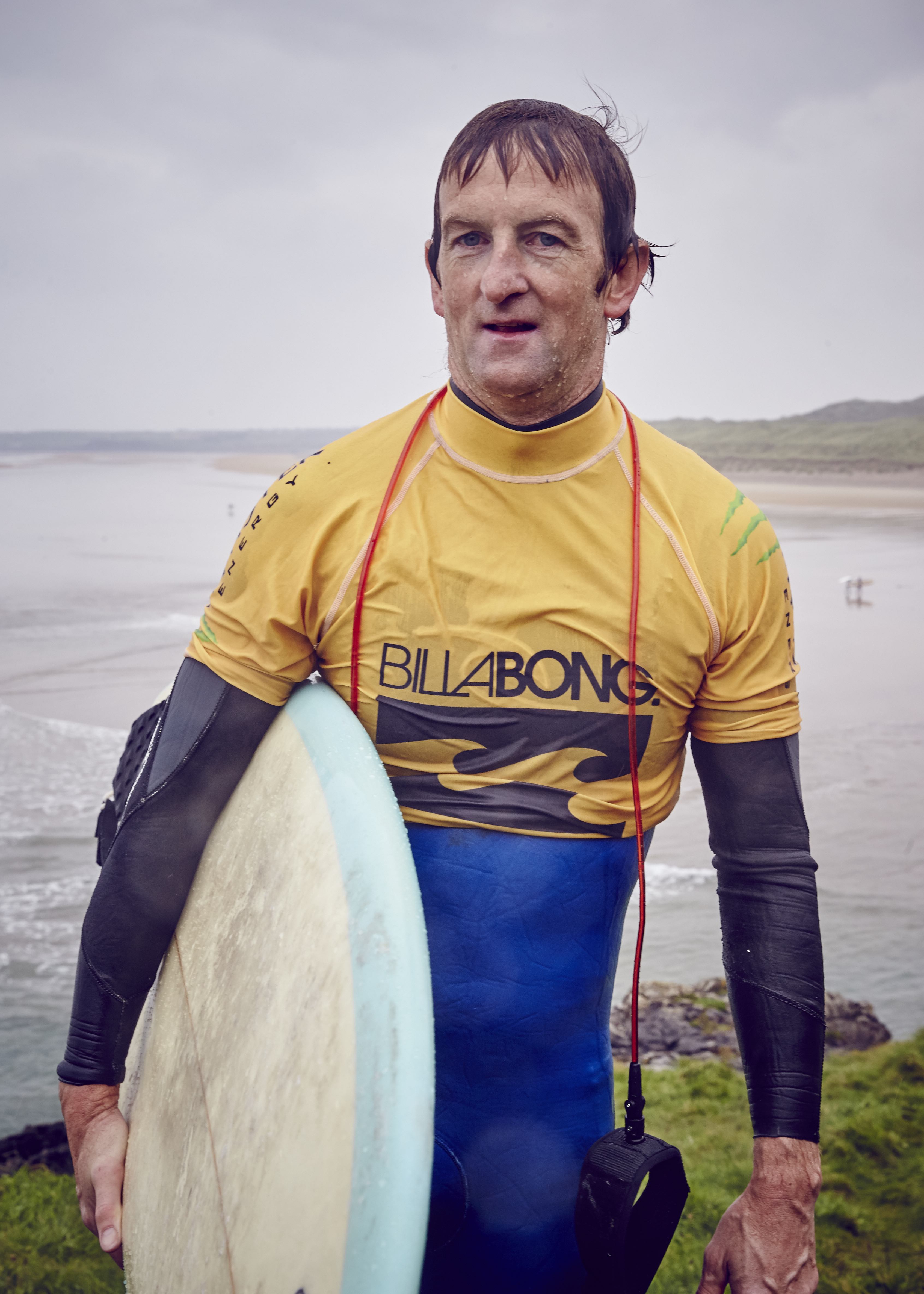 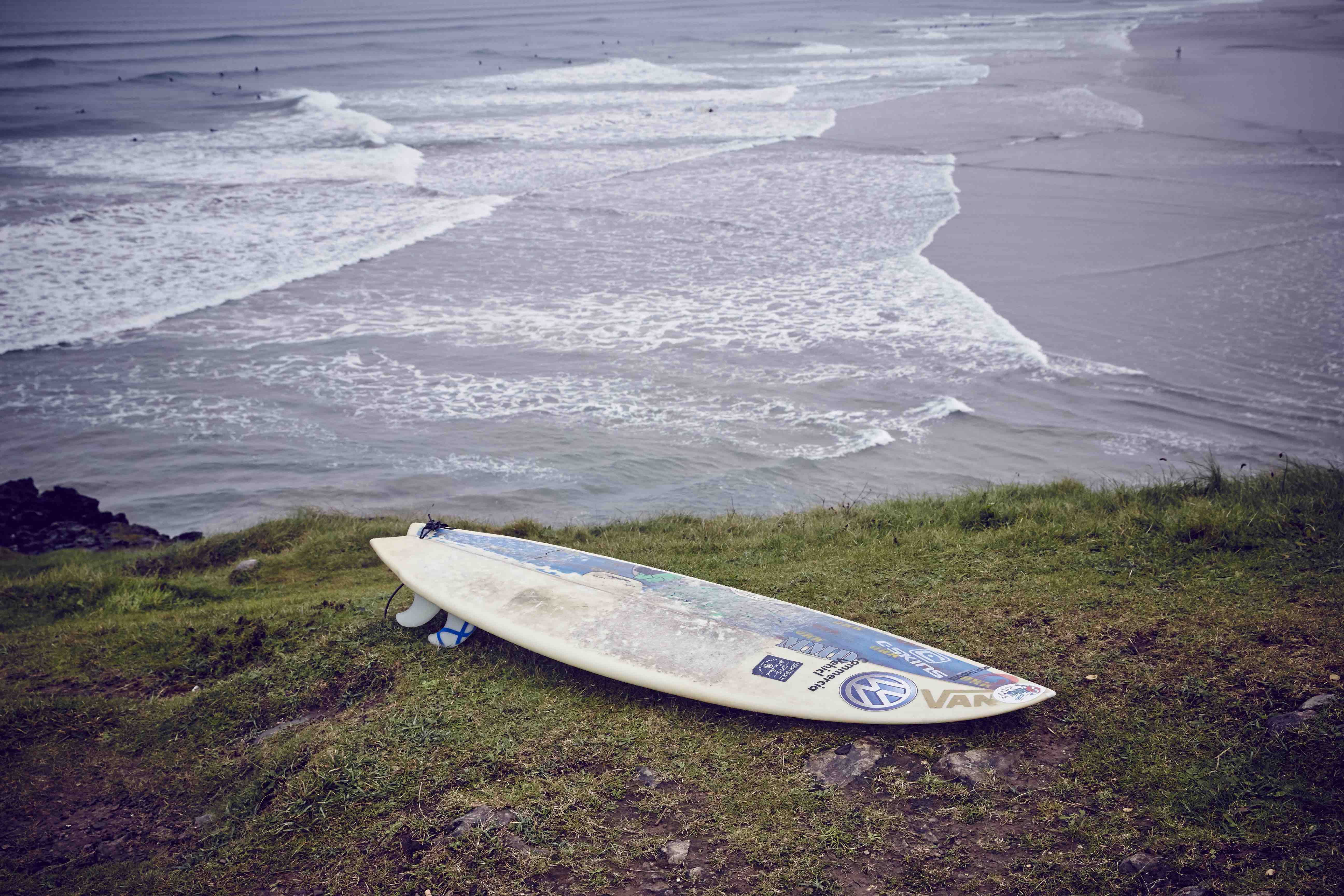 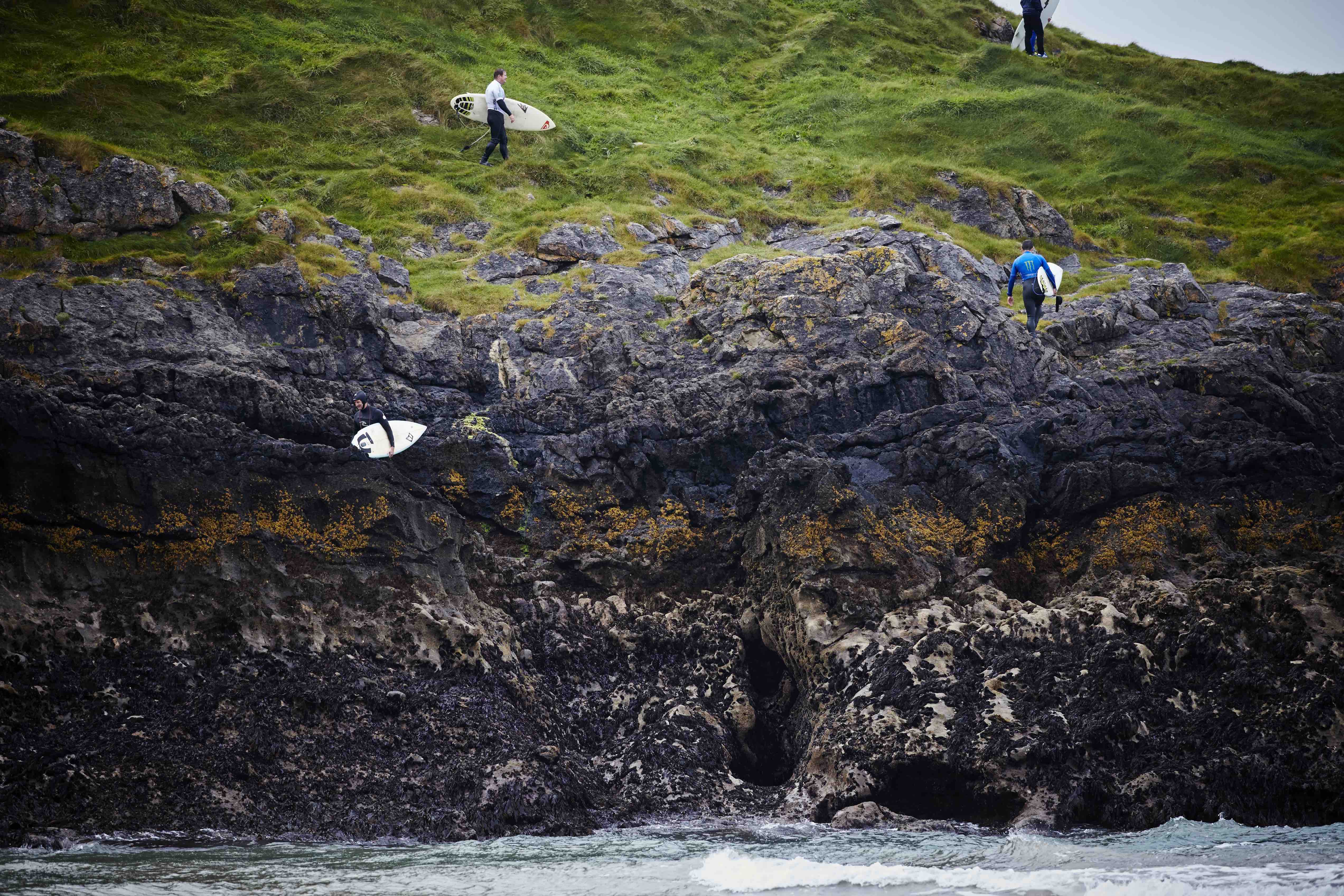 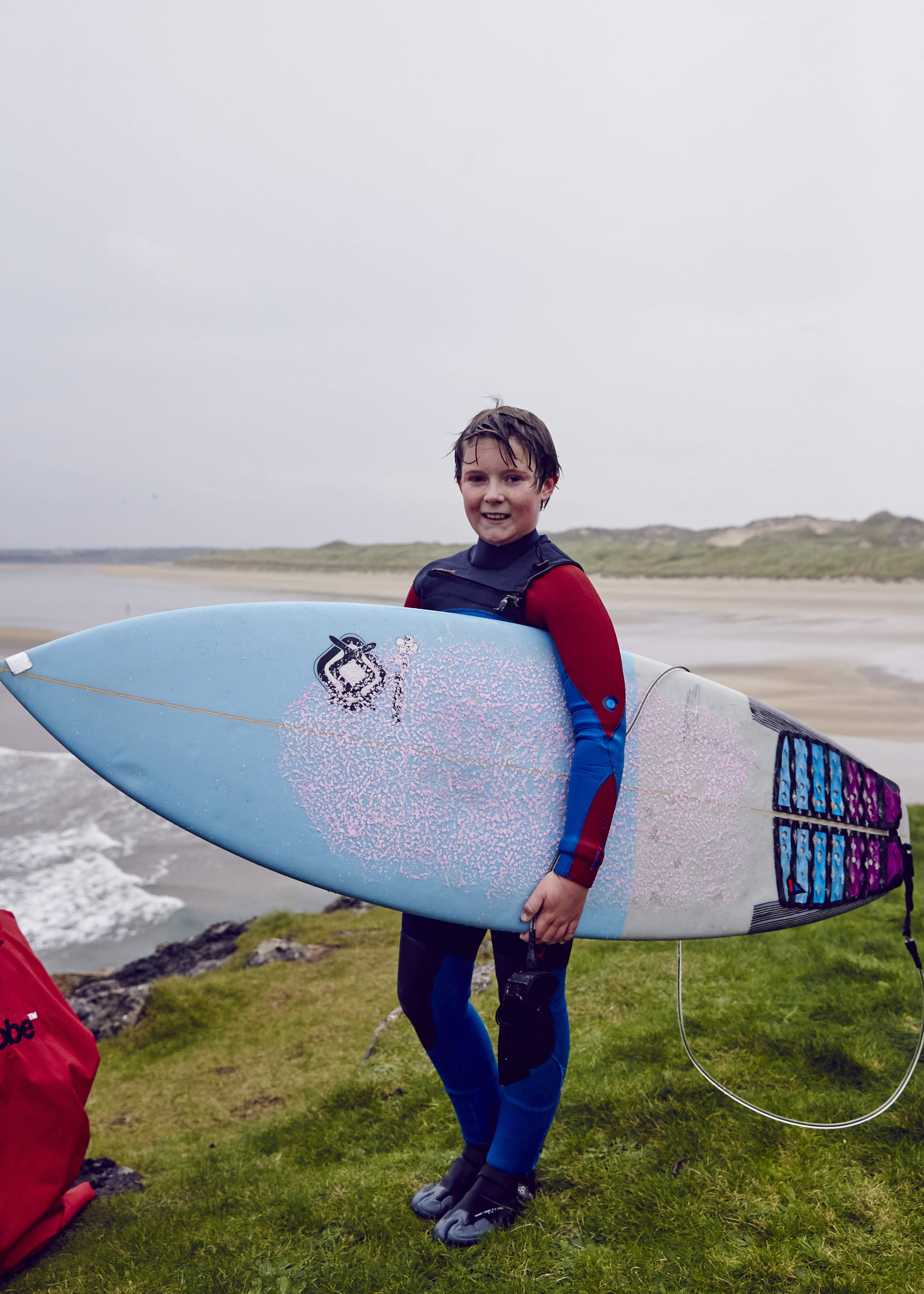 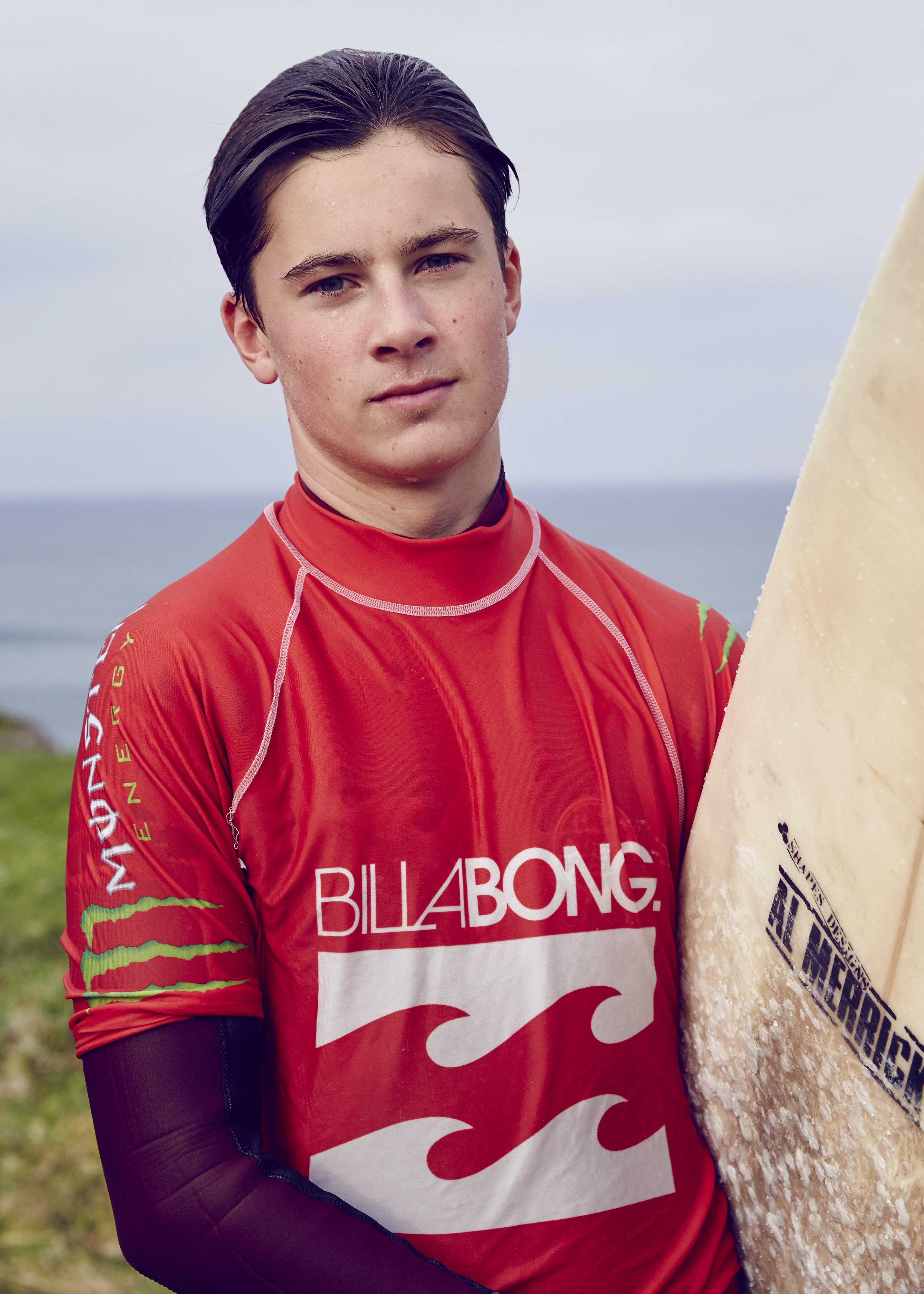 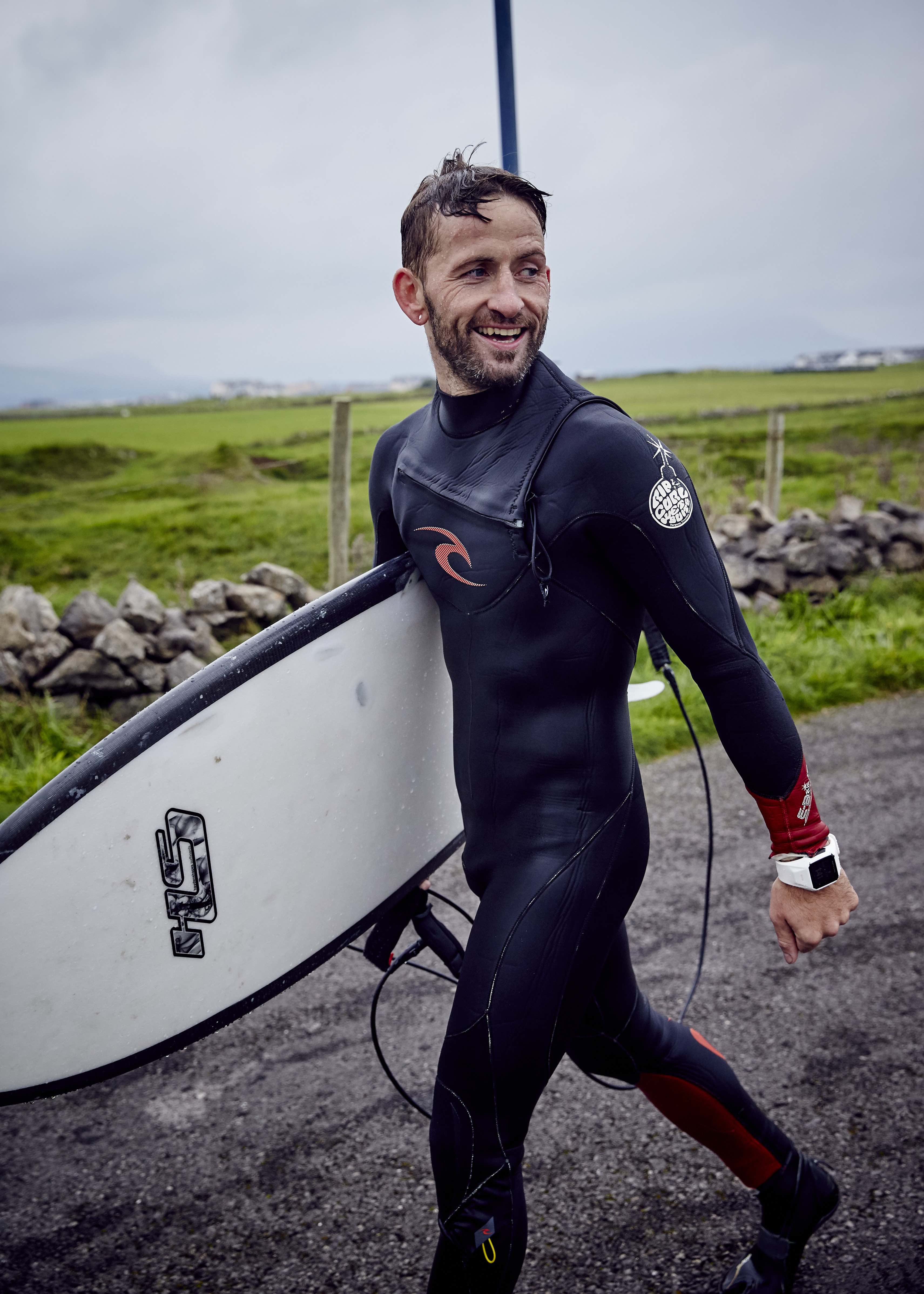 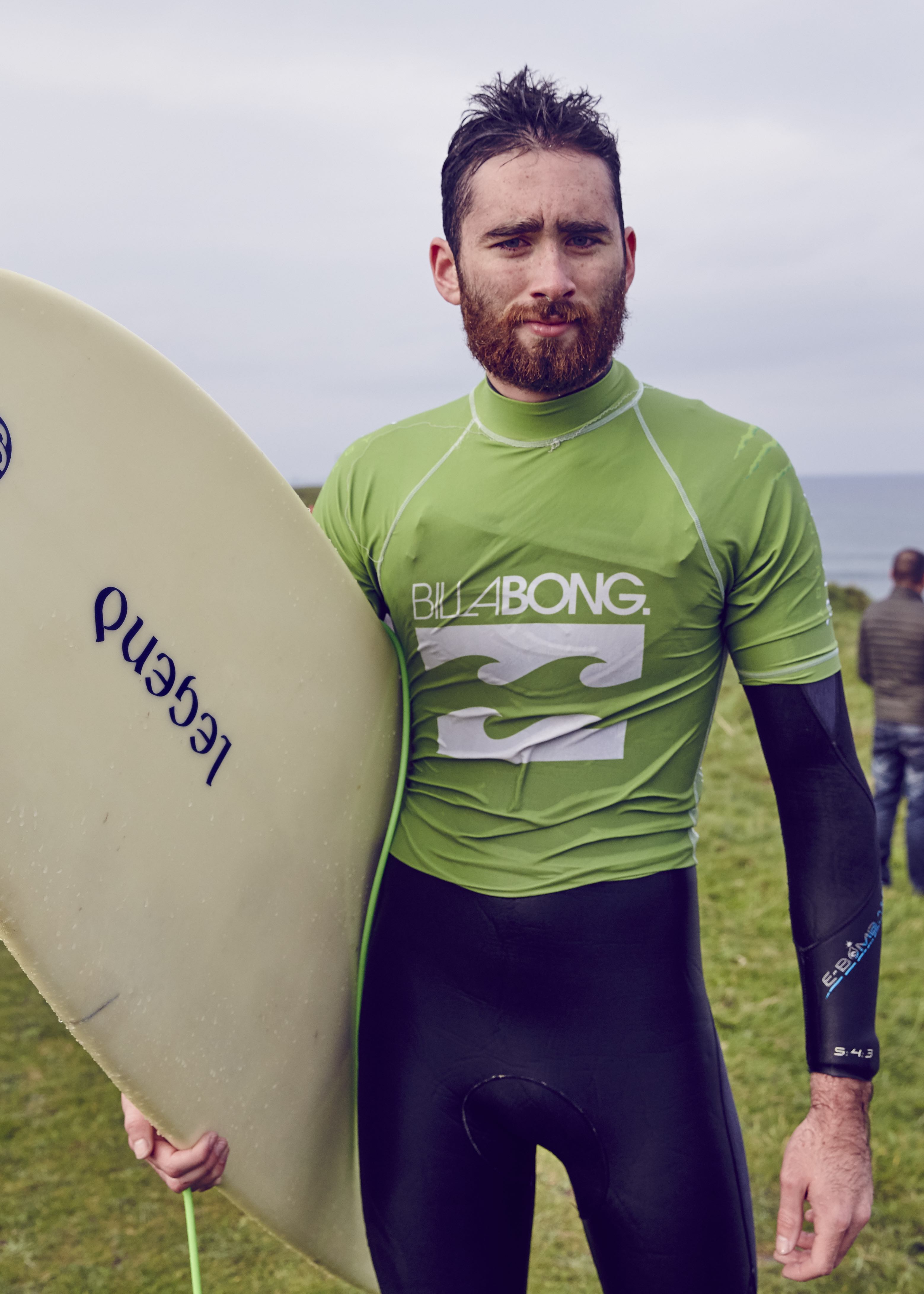 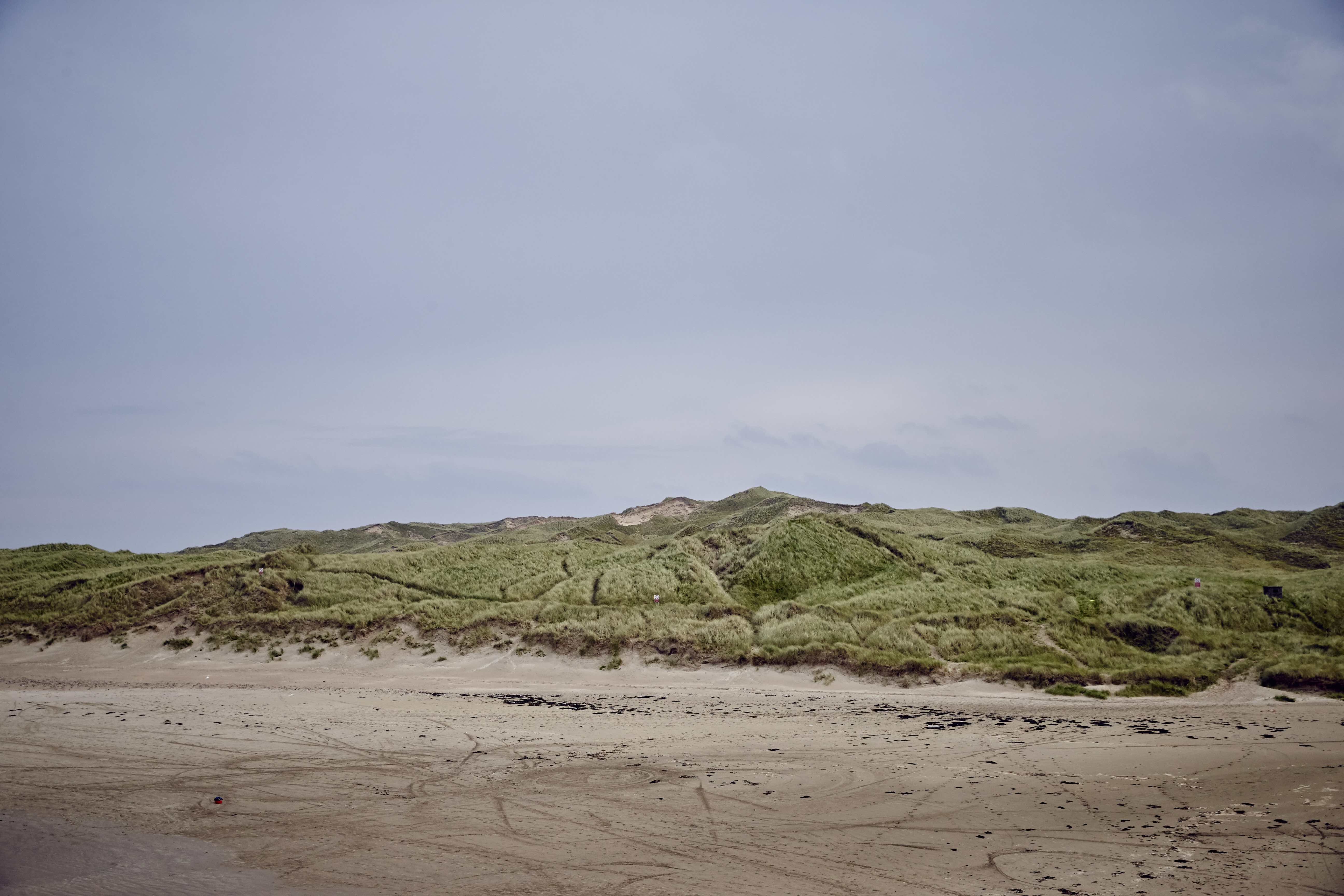 Linkedin
RELATED ARTICLES
OTHER ARTICLES
At his West Bank restaurant, Fadi Kattan established himself as the voice of modern Palestinian cuisine. Now, he’s bringing his innovative, bold flavours to the UK’s capital.
Social prescribing connects people with non-medical support to improve their health and wellbeing – but some experts worry it’s just a stick plaster solution.
Photographer Becky Tyrell went down to the fading banger and stock raceway to meet a community desperate to keep it alive.
After blocking the Scottish government’s gender recognition reform bill, Westminster is now devising further changes to the law to make it harder for trans people to self-identify.
A new film from Berghaus traces the story of Adam Raja, who left behind a turbulent upbringing to discover the healing power of climbing.
AI companies that develop image-generators using copyrighted artwork from the internet are coming under fire from artists who say that it amounts to theft.