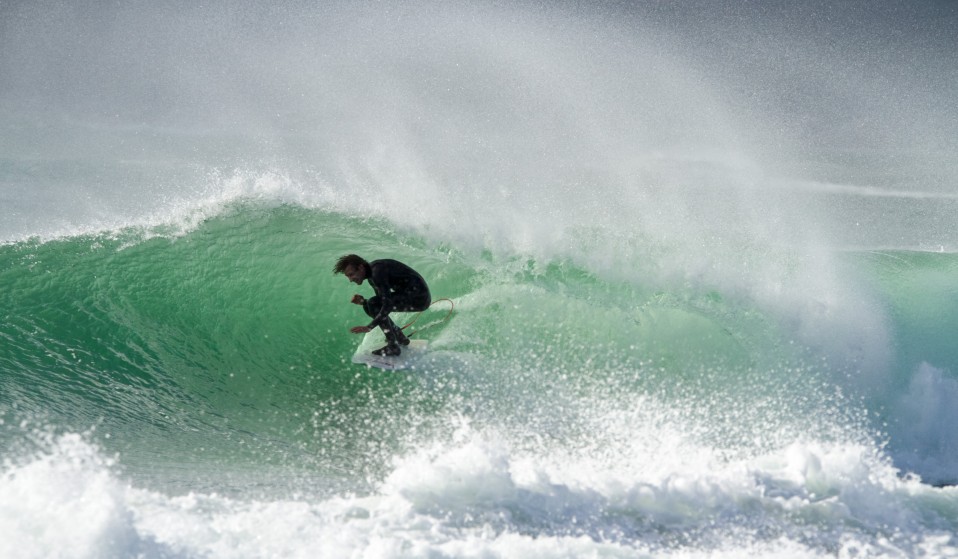 Is it possible to live life on the edge and still be completely chill? We caught up with the legendary James Parry to pick apart his zen approach to waves.

Is it possible to live life on the edge and still be completely chill? We caught up with James Parry, one of Britain's most influential surfers, to pick apart his zen approach to riding waves.

Known for taking to the water with effortless guile, you wouldn’t bat an eyelid if told that the British surfer was riding waves before he could walk.

In truth, Parry didn’t take up surfing until his early teens, when his family moved down to the South West from Nottinghamshire – though if it weren’t for the remnants of an unmistakably East Midlands accent, you’d think he was lying.

Growing up in and around Sennen Cove, young James idolised the likes of local heroes John Buchorski and Sam Bleakley. “When we were younger we’d drive around the whole of Cornwall, just to end up at Sennen again,” he says, recalling how he and his friends would bounce from coast to coast in search of the perfect break.

That hunger eventually took him to Australia, Indonesia and Hawaii – and then pretty much everywhere else – on his journey to establishing himself as one of British surfing’s most mercurial talents.

While he doesn’t compete quite as much today (“there’s no pressure, it’s a lot more relaxing”), the appetite for being out on the water certainly hasn’t shrunk. As one of the star names of the Vans Surf Team, you can catch him as one of the faces of their recent collaboration with British surf brand Finisterre for a selection of new UlltraRange HIs.

In conjunction with the launch, we caught up with James to discuss finding inspiration, travelling the world and why he’s happiest when he’s in the water. 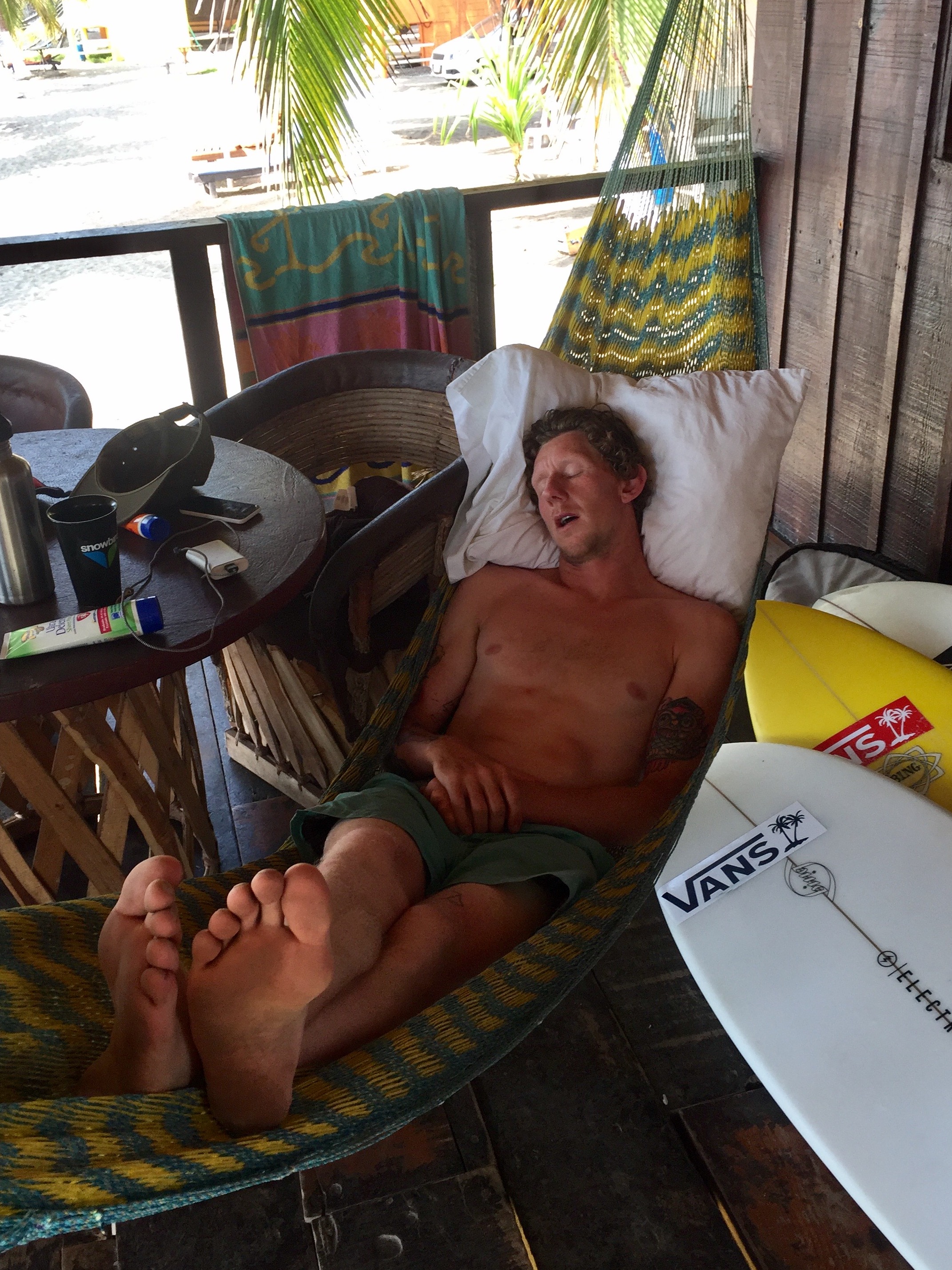 Do you remember the first time you picked up a board?
We used to go on holidays to Porthtowan; stay there for six weeks. I got myself a swell board there. I was probably 13 when I first got on that board.

What was it that drew you to surfing?
My father was into bodyboarding, so I used to watch him. My brother was really into skateboarding, too – he turned into a semi-pro skateboarder. So, I had to take the surfing route. It wasn’t quite as painful. [laughs]

I’m sure you’ve seen the odd scrape.
I’ve had my fair share. You get used to it. I try to avoid them as much as possible!

Surfing is obviously synonymous with Cornish culture. Moving there must have accelerated your interest.
Yeah. I was pretty fortunate to spend weekends and school breaks in the water – every moment I could get. I started off short boarding. My first job was working in a little surf shack at Sennen, called Wave Crest. My boss there – he never did contests, but he was one of the best in my opinion. I knew from a young age I wanted to push myself and try and make a career out of surfing.

So how did you do that?
As soon as I finished school, I went travelling to Australia and Indonesia. The summer just before I left school, I took up longboarding. My best friend at the time, he was kinda impressed at seeing me do it. He owned a little company importing Australian boards and clothing, so he kinda said to me that he’d help support me if I wanted to take it up.

That’s how I was introduced to the professional side of things. Next thing I’m watching Alex Knost and Dave Peterson. Then I did a contest at Noosa Festival – I’d only been longboarding for like a month. I did the amateurs, came fourth, and from then on it kinda took off.

How did that feel, competing for the first time?
That was a big surprise to me, ‘cos that was among some of the top amateurs. It was kinda the go-to contest. After that trip, I came back and it was the internationals. I thought I’d give that a go and won that. Haven’t really looked back since.

I was doing all the world contests and all the European contests and going round with Ben Skinner and Adam Griffiths. We had a good team. We were just going around Europe all the time and doing the contests. Then, after winning the British in 2012, I felt like I achieved what I wanted to achieve.

Being around those names must have really spurred you on as a young pro.
Yeah, definitely. I absolutely pushed myself. I couldn’t be more thankful for that time with them

Where’s your favourite place in the world to surf?
There are a couple of spots – apart from home, obviously. I really love Vancouver Island. It’s an absolutely beautiful place: the wildlife, the climate, the big forests. Amazing. Scotland is one of my favourites as well. The slabs, point breaks – there’s a good variety in Scotland. The people there are really, really friendly. Same as Vancouver. 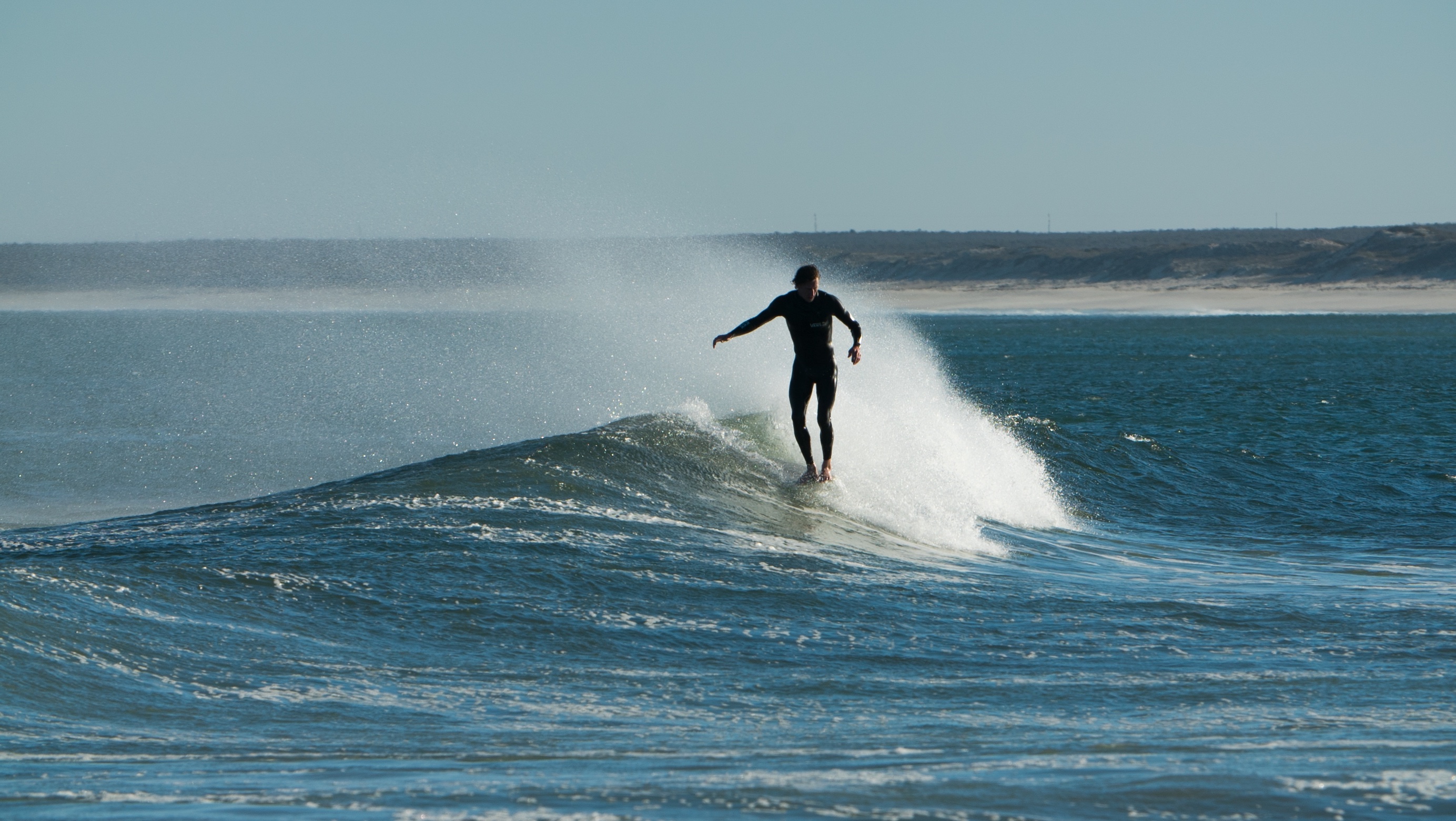 You’re handy with a camera. Travelling the world with surfing must be a gift in regards to your photography.
I’ve always done a bit of photography while travelling, but I never really took it seriously until a few years ago. I started on the Joel Tudor Duct Tape tour and I was kinda surrounded by amazing talents at the time. A good friend of mine was getting a new water housing and he passed on his old one to me. That’s where I took up water photography.

Shooting longboarding, I’ve found it quite natural – timings, positioning. I knew a lot of the people’s styles who I like to shoot and know what they’re gonna do where and when. I took it from there really.

It must help, knowing the other side – the surf side – of things so well.
Yeah, absolutely. I love watching people go past me. When I’m in the water longboarding, I’m always watching like, ‘That’s a good shot I could have got.’ I get that feeling when I’m in the water swimming – and I’m just as happy as I am when I’m surfing. I love it.

What’s the best advice you’ve ever received?
Erm… CJ Nelson, he once said to me, ‘Whatever you ride, make sure you ride it how it’s meant to be ridden.’ I quite like that.

If you could go back to the day you first picked up that board and tell the 13-year-old you one thing, what would you say?
I would say follow your passion, keep working hard and don’t let anyone put you off the path you want to take. Don’t be influenced by other people’s opinions. 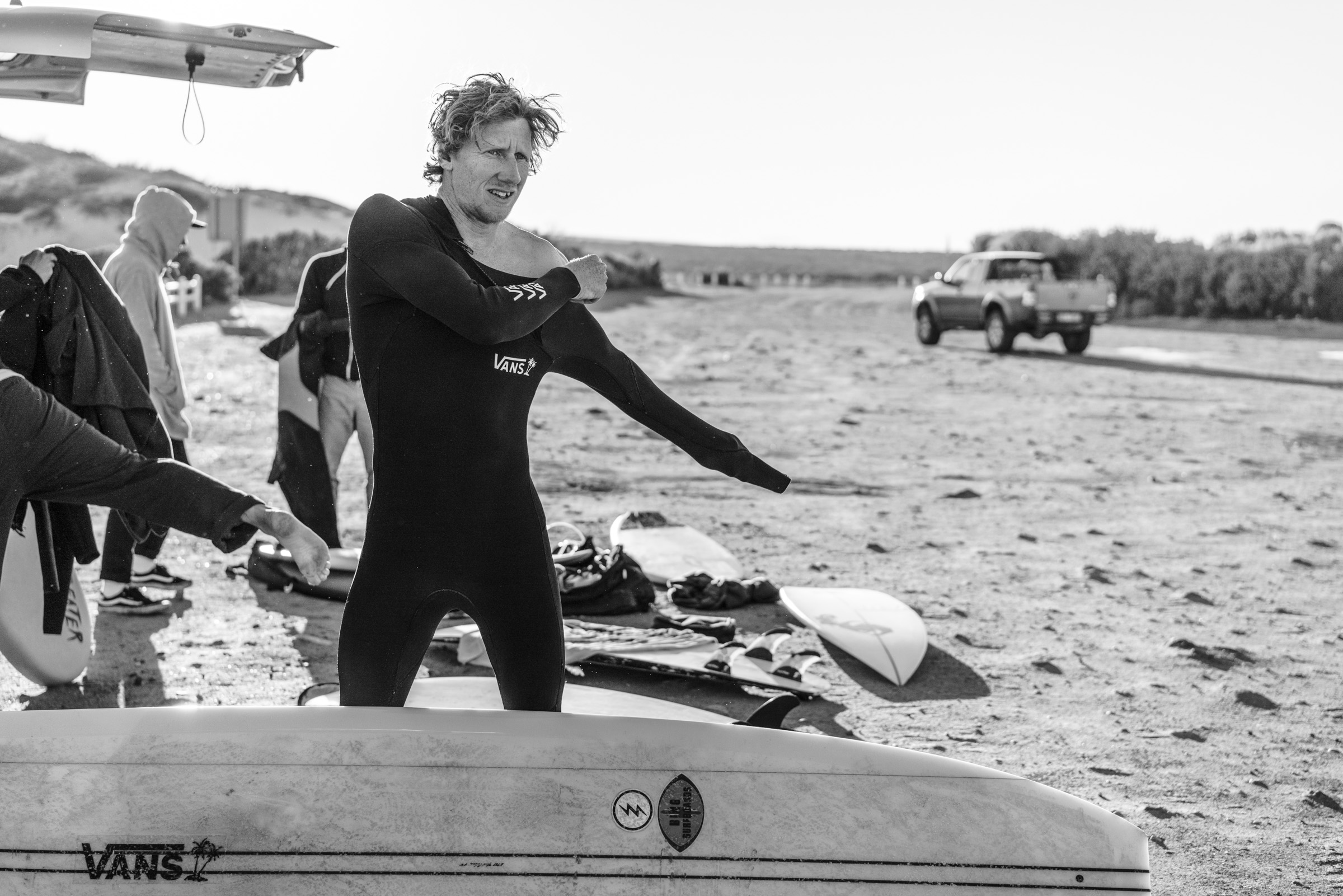 Linkedin
RELATED ARTICLES
OTHER ARTICLES
Curator Antoine de Beaupré discusses his immense record collection and what it tells us about the intersection of music, photography, art, and commerce.
For decades, an area of East London has served as a community hub for Vietnamese people looking for a taste of home.
Finland-born photographer Sirkka-Liisa Konttinen looks back on her decades-long documentation of life in Northern England.
Thomas Hoepker‘s images taken during a road trip across America provide a searing social commentary about a divided country.
Photographer Arthur Grace recalls travelling through the Soviet Bloc and finding ways to evade the surveillance of his work.
Wealth inequality and the rising cost of socialising is placing a strain on people’s relationships, reports Eve Upton-Clark.