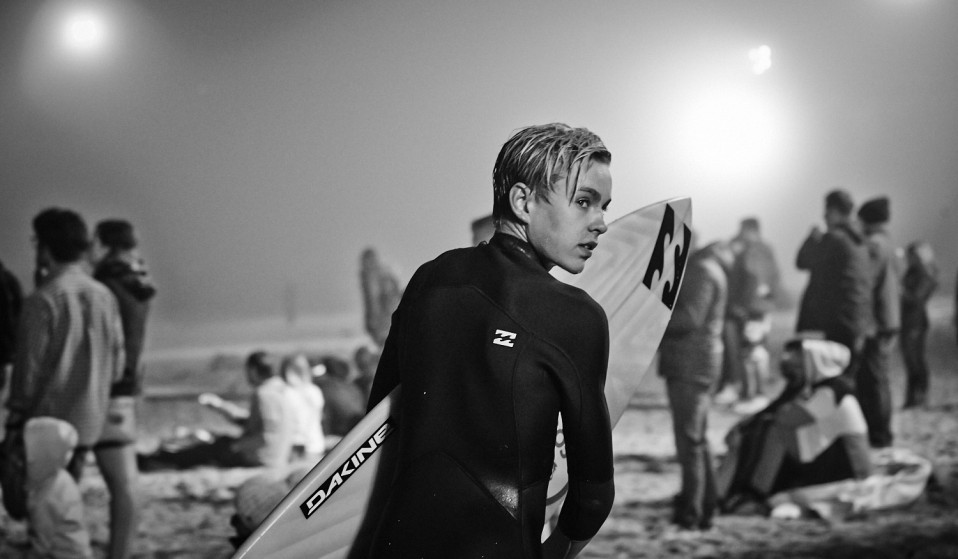 Documentary photographer Liam Aylott captures the culture outside the water at the annual night surf comp in Fistral, Cornwall.

Documentary photographer Liam Aylott captures the culture outside the water at the annual night surf comp in Fistral, Cornwall.

Night Surf is a prominent event on the UK surfing calendar that has been running for 14 years. Bringing the best of UK waveriding talent together to surf Fistral Beach in Newquay, Cornwall, under the fluorescent glow of floodlights, the unusual event represents a lot of what UK surfing is about – getting stoked despite shit conditions.

This May, 2015, documentary photographer Liam Aylott was on site to capture the in-between moments of the comp. His contemplative night surf series shows a tight-knit community that – with Celtic colourings – couldn’t be anything other than Cornish.

We caught up with Liam to find out more… 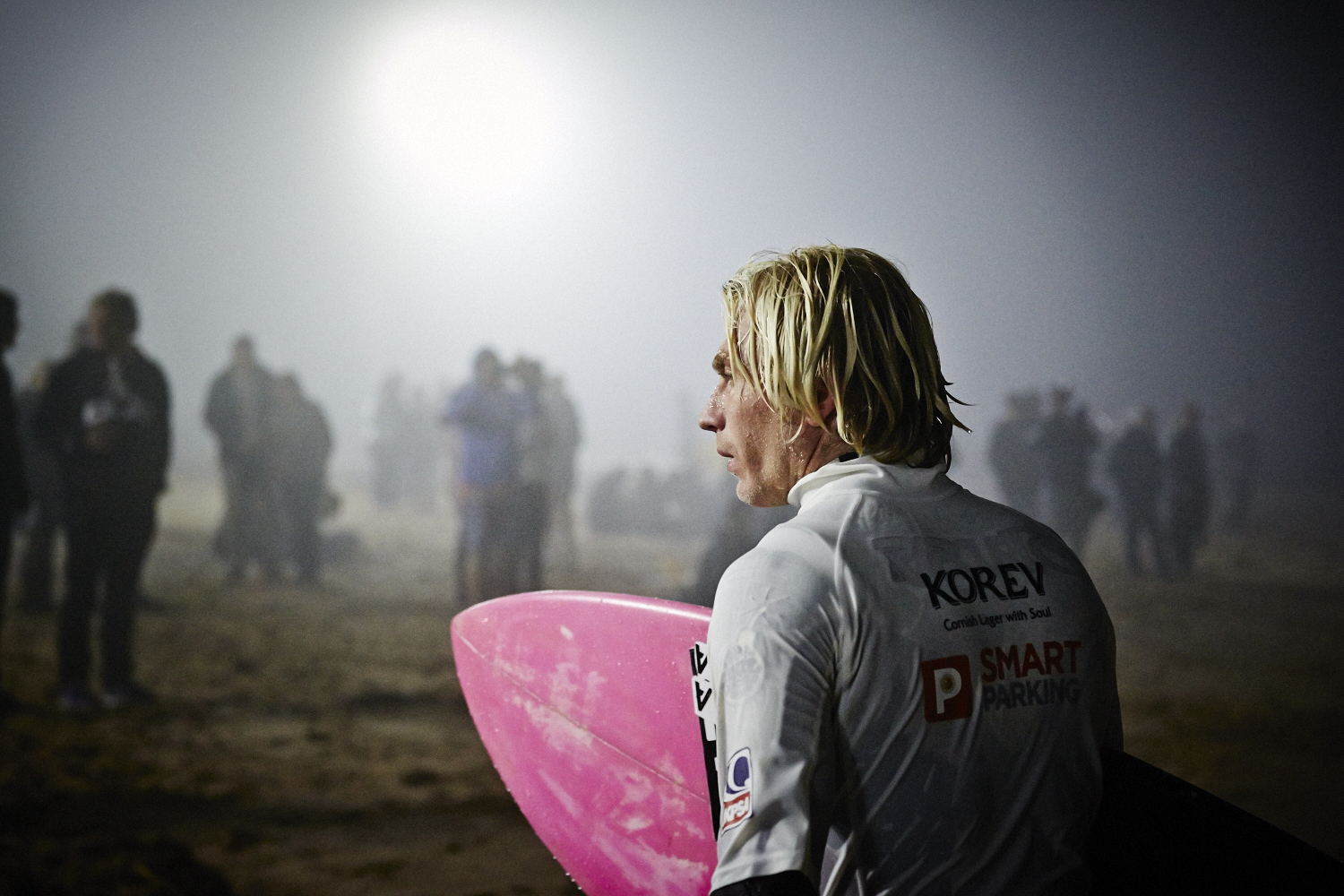 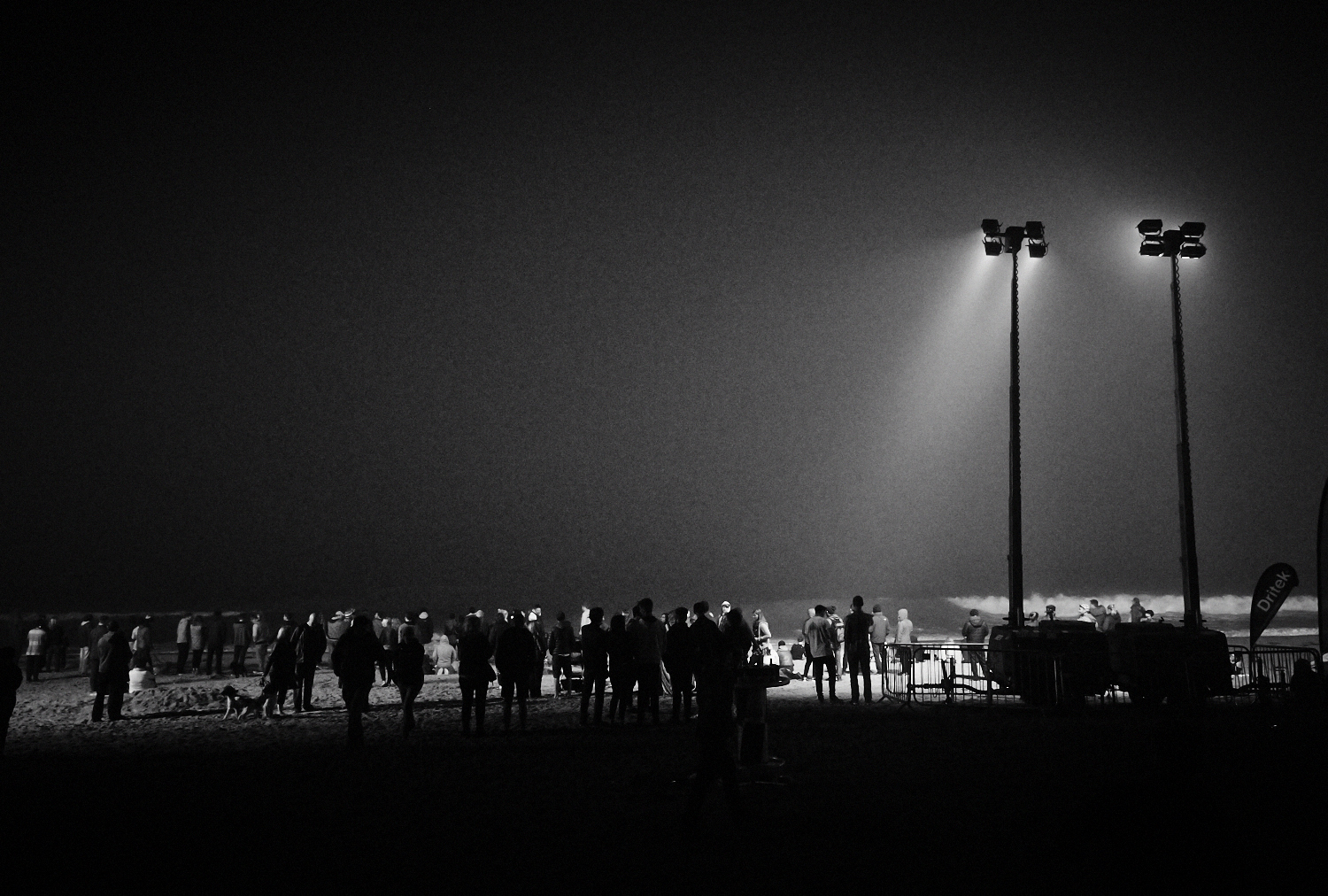 “I’m a London-based photographer who has been shooting since I left school about 15 years ago – my main interests lie in reportage and documentary photography. Around this time last year I was in Brazil shooting fans during the World Cup and a lot of my favourite pictures from this series were taken at night time once the sun had set and the artificial lights came on around Copacabana beach. This led me to think about other subject matters that would look nice under artificial light, and surfing came to mind after I saw an old Nike advert with people surfing lit only by floodlights.

“I thought about hiring some big lights and getting a few models/surfers and doing a shoot until I stumbled across a night surfing competition on Fistral beach in Newquay. Most of the stuff I found that had already been shot was of the actual surfing but I was more interested in the moments before and after the surfers went out to surf – looks of focus, concentration then exhaustion. These unposed moments are what I really like to capture, and when they are mixed with the backlighting of the numerous 12k lights on the beach and the fog that rolls into the fistula coast it makes for a very nice aesthetic – even if it did make the surf very tough! 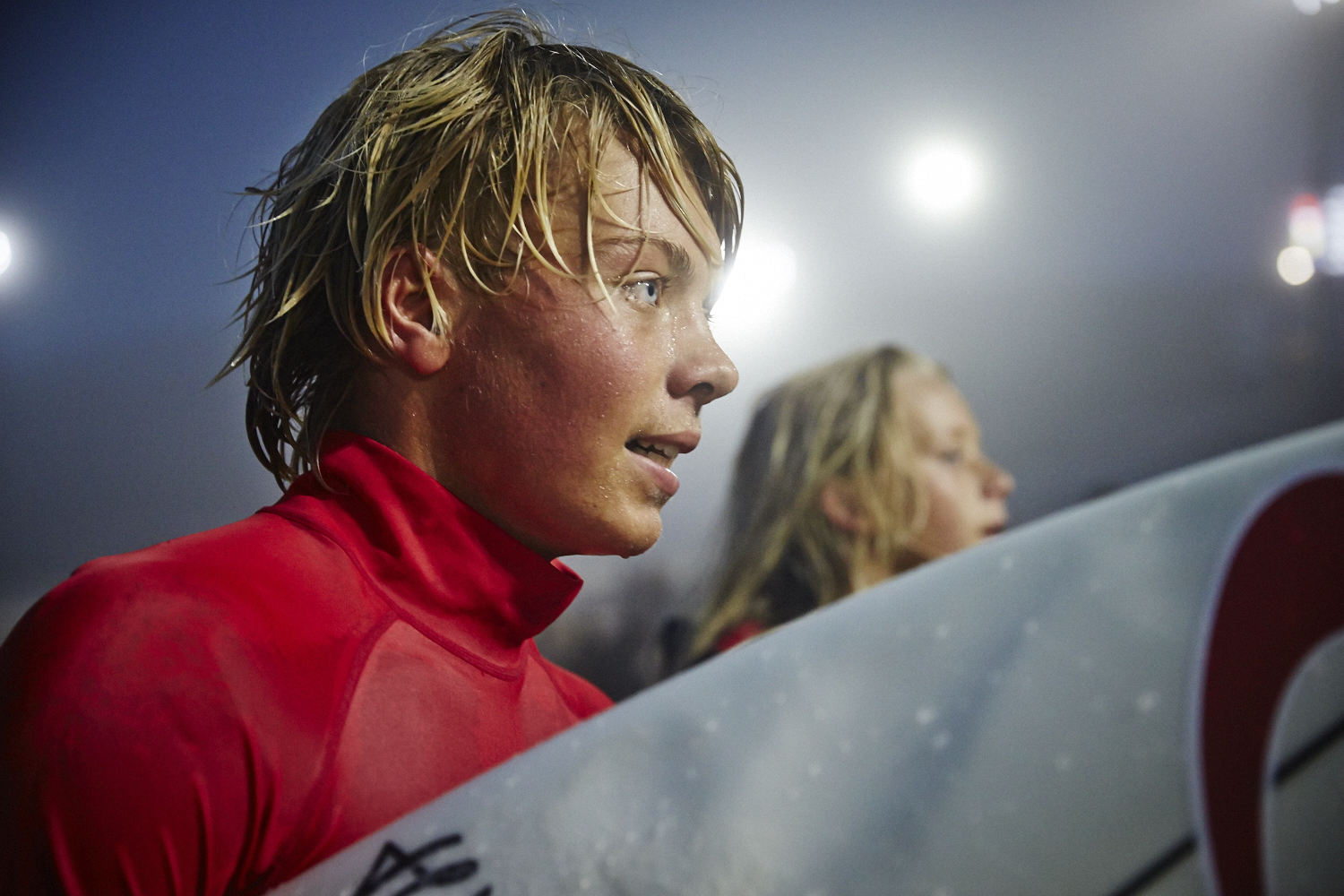 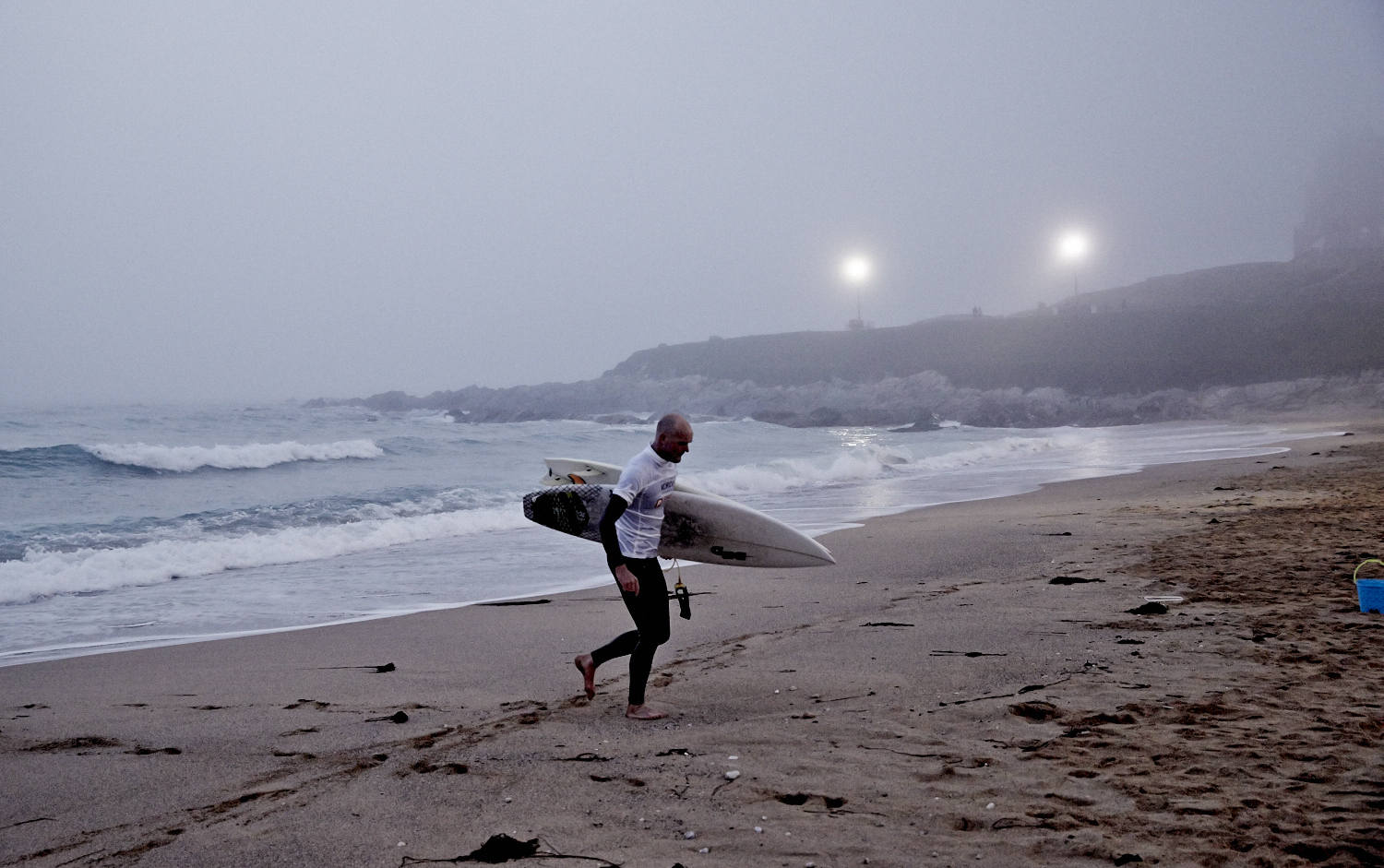 I feel like the Newquay surfing community is fairly close-knit. Most of the surfers know one another so it can be tricky to get access for decent portraits. I asked a few surfers if I could shoot them but found that they posed too much. It worked a lot better if I shot them in a moment of concentration or just as they came out of the water.

The build-up to the competition was really great – many surfers and their family and friends gather around to share fish and chips and drinks. As the fog rolled in there was much talk as to wether the competition would happen or not – hourly updates were given and at points it did not look promising as you could not even see the water through the fog until you were a few metres away. To the joy of the locals and tourists it went ahead, albeit in tough conditions. The locals really seem to rally around for these kinds of events and you could feel the anxiety when there was a possibility of it not happening due to the fog.” 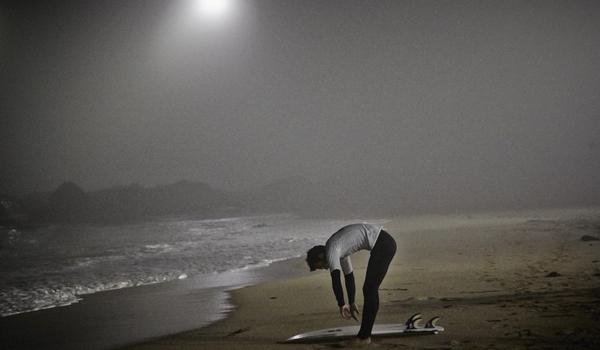 Linkedin
RELATED ARTICLES
OTHER ARTICLES
Cuban surfers are among the most dedicated in the world, risking imprisonment to find materials and relying on donations from foreigners to get boards and leashes. Never mind the blockade.
A nostalgic exploration of the relationship between (wo)man and sea.
As a monster swell gathers across the Atlantic, surfers around the world are getting pumped for nature's great equalising force.