“You’ve got to be kidding me,” barks crack commando Sergeant Kilroy. “I’ve got to babysit these goddam hippies while they play in the ocean?”

When Kilroy is ordered to track down and eliminate a shady criminal enterprise known only as the Caldera Network, it looks like a suicide mission – that is until the top brass dispatch surfers Alex Knost, Jared Mell and Harrison Roach to act as cover for the clandestine search and destroy operation.

Shot on Super 8 and 16mm film, Forbidden Trim might just be the most surreal surf movie yet.

Before its UK premiere at London Surf / Film Festival, screened on 35 mm and presented by its director, on 1 October 2016, we reached out to George to find out more about one of the most mysterious and hotly-anticipated surf films of the year. 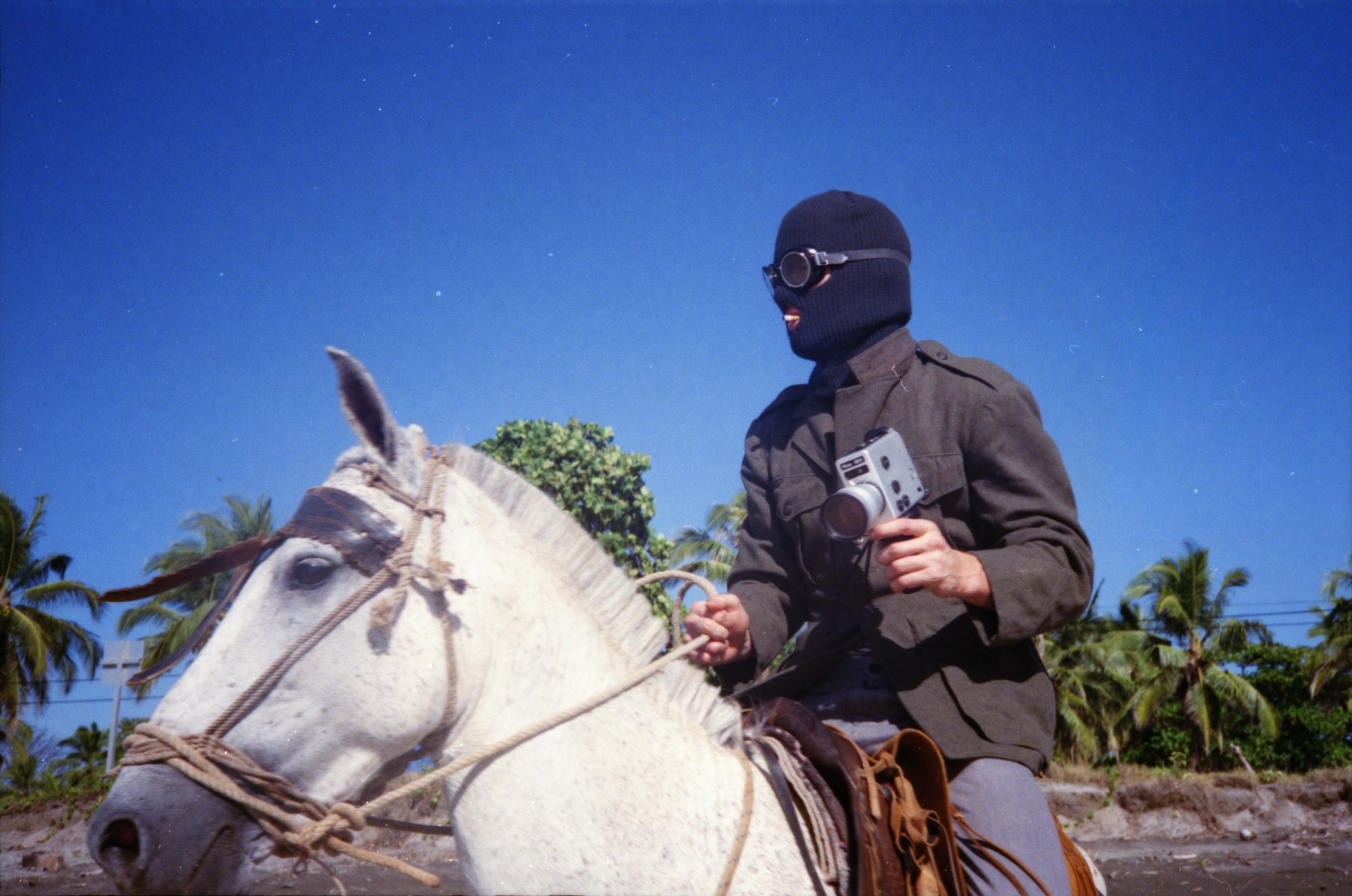 What was the starting point for this quite surreal plot you’ve fabricated?
A few close friends took a trip to Costa Rica. Before, we bought a bunch of ski masks and fake guns and checked them in our boardbags. Our bad guy characters we’re going to be terrorising tourist surfers.

Jared Mell told me that Colin Whitbread was arriving in Costa Rica to join us. The only problem was he came the day before we left for home. So, luckily our trips overlapped because we shot some awesome clips of him in army gear and his character was born.

Colin was our good guy that would help the surfers survive in this fictitious land called Calderon. Later, Colin named him Kilroy and we developed his character so much that it was less about the surfers and more about his journey. 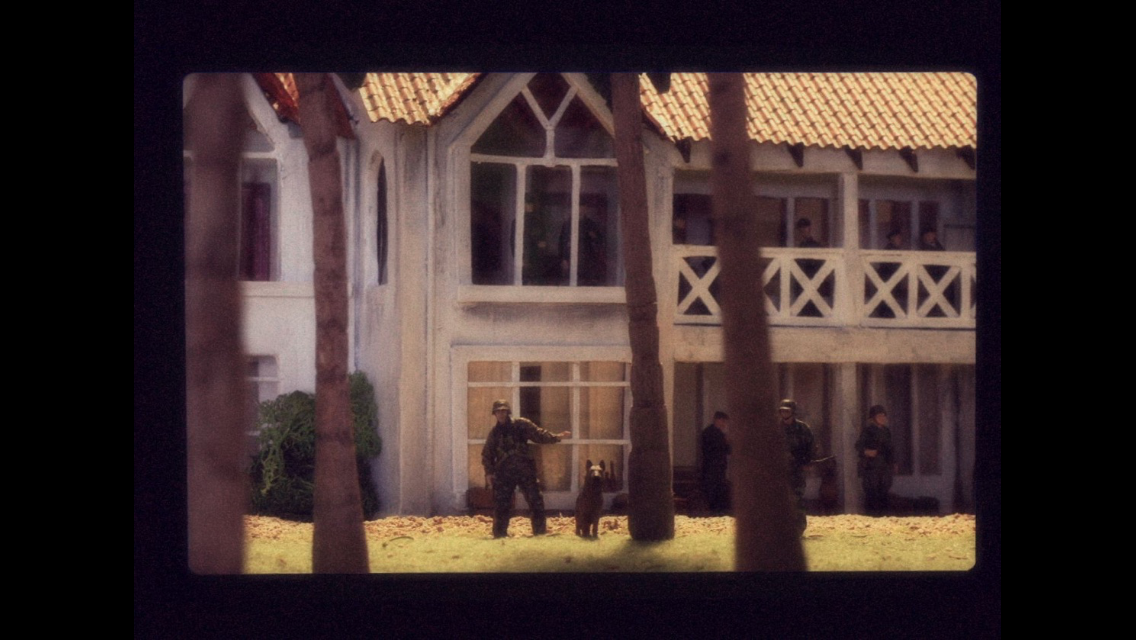 Who are the Caldera Network and what dastardly deeds are they up to?
The Caldera Network is a mysterious multi-national crime syndicate. Not much is known about this group, so Kilroy is sent into the deep jungle to gather intel.

Could you talk about your B-movie and Grindhouse inspirations? Are there any particular films you drew on?
Since I was shooting on Super 8mm film, Forbidden Trim naturally had a 1960s/1970s look. Films like The French Connection, You Only Live Twice, Vertigo, The Island of Doctor Moreau. I love Kurosawa and Kung Fu films also. Monty Python was also a huge inspiration for us.

This was our first film, so I think we aimed to make it great but our budget and equipment limitations played into our B-movie theme. You can sort of hide your mistakes with this genre. If the synch doesn’t line up right then you’re “doing it on purpose”. I thought that was funny and ran with it. 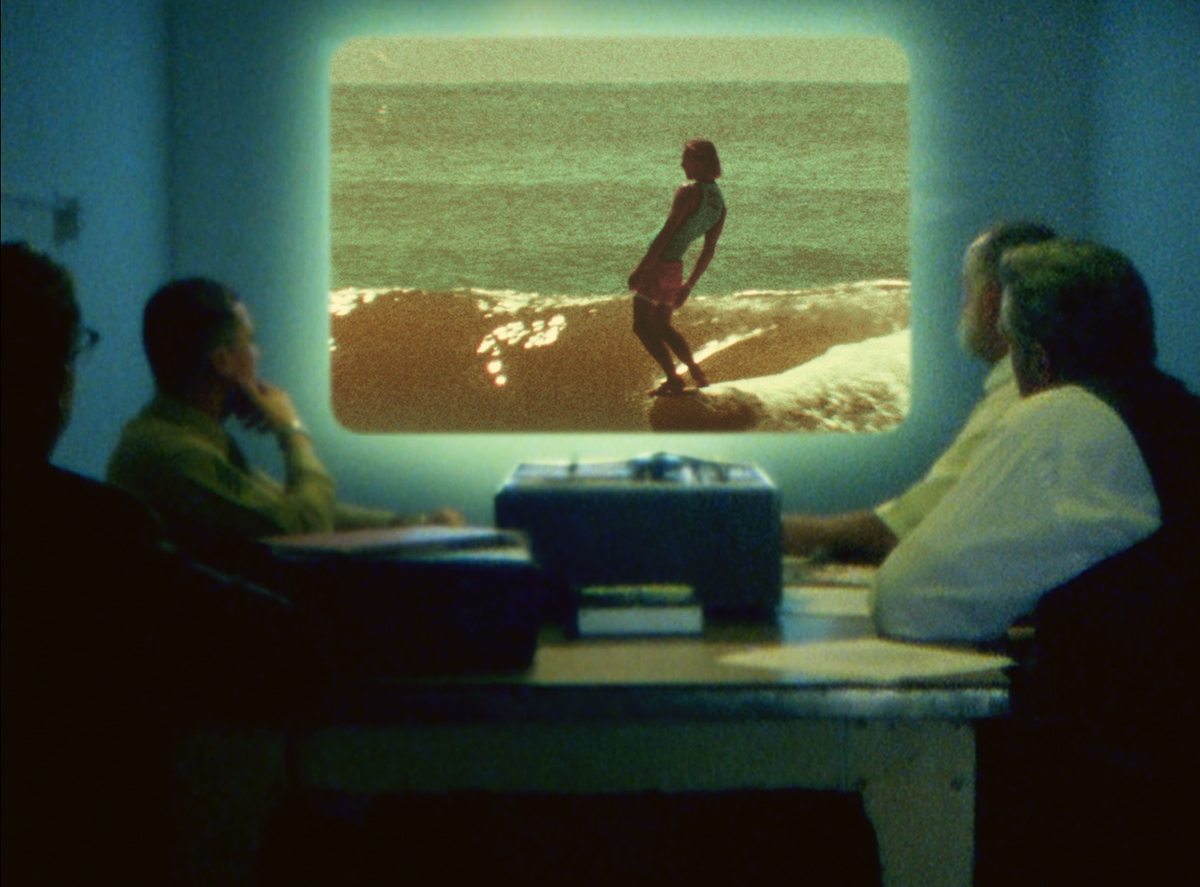 How much did shooting on Super 8 and 16mm make production more difficult and why did you feel the end result justified the effort?
I understood early on film looks better than digital. Especially for our storyline. It was a pretty easy choice. I wanted to start with Super 8 and see if I could pull off a feature film. You have huge challenges finding correct focus on a lot of Super 8mm cameras. There are many downsides to shooting this way, but it really taught me the technicalities of cinematography. I felt that if I was to call myself a filmmaker, I should probably learn on film. 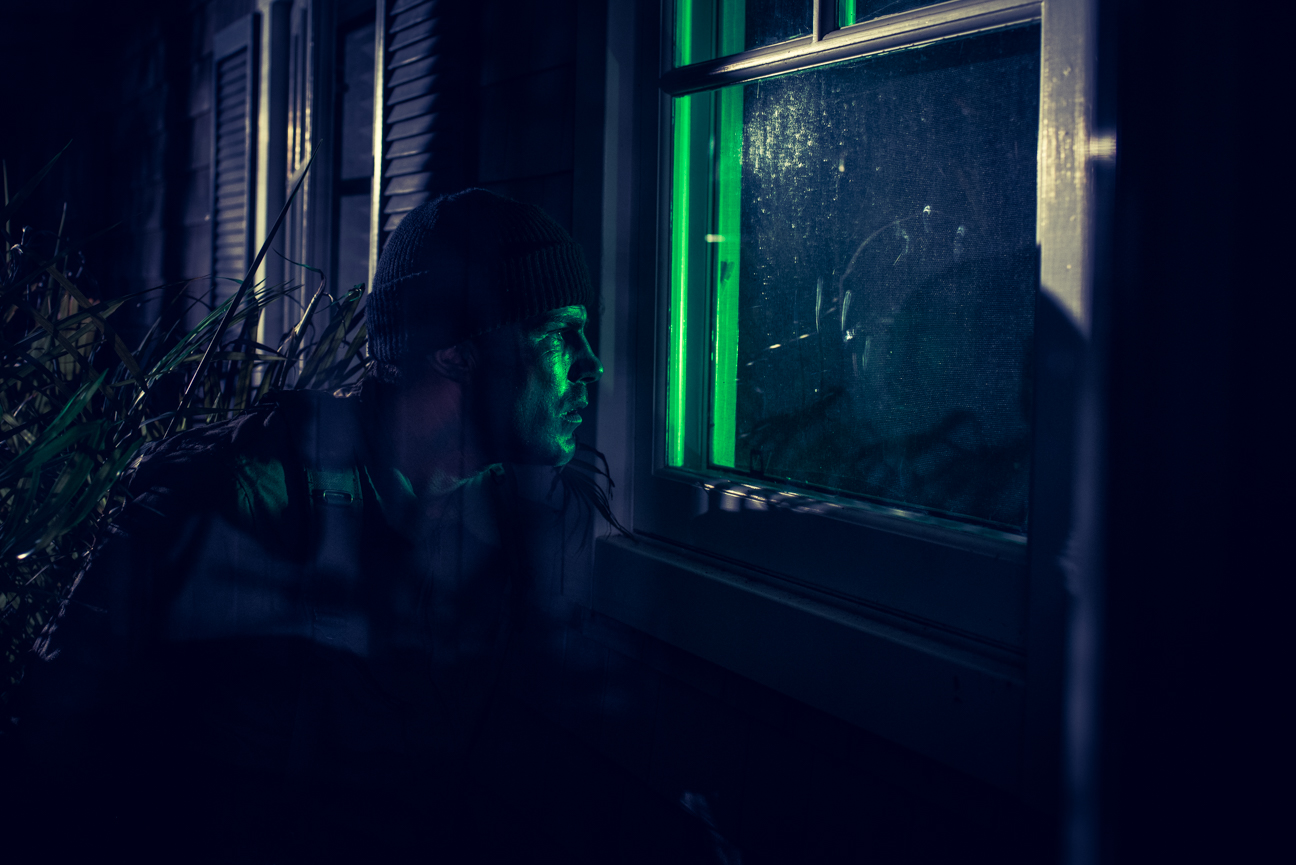 You’ve assembled a killer line-up of surfers for the film. What surfing surprises have you got in store for us?
Forbidden Trim is a nice departure from the average surf video. A lot of people go in expecting a long surf montage. It’s definitely more of a complete movie. I think our handmade props/models and self-written score stand out as great additions to an imaginative storyline. We also have awesome sound and visual effects.

The surfing is world-class and I feel like there is a good balance between surf and story. We worked hard for five years to complete this. So thanks to my cast and crew for hanging in there and thanks to Huck and London Surf / Film Festival for giving artists a platform to share their work. Hope you enjoy the film.

Reddit
OTHER ARTICLES
The 25-year-old talks history, heritage and why he wants to help build a new movement of independent Asian American farmers.
The demonisation of the shark may be rooted in centuries of irrational fear, but the threat it poses to the species is real.
In the first instalment of a new series supporting locked-down artists, Miranda Smart shares how her work evokes the world outside her window.
The head of XL Recordings has jammed several lifetimes into his 49 years. Here, he shares some of the advice he’s picked up along the way.
Brazil’s former vice-presidential candidate Sonia Guajajara calls for urgent environmental action amid the existential threat posed by the coronavirus.
From 1969 to 1972, the acid-fueled performance troupe – which included underground icons like Divine and Sylvester – took radical politics to a wider audience.