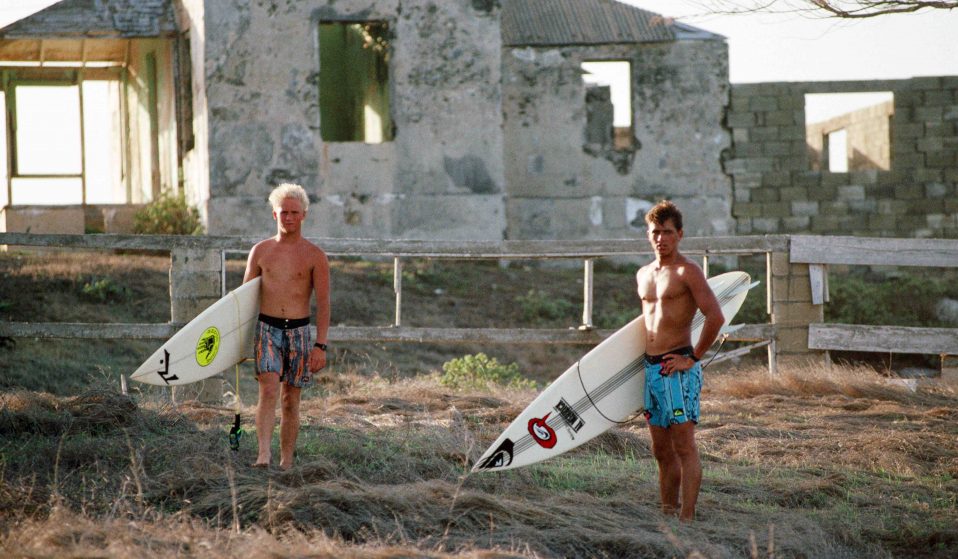 Taylor Steele’s Momentum films were, for us, a dispatch from surfing’s Holy Land.

The tight cadre of impossibly talented, preposterously privileged, infuriatingly pretty young surfers that made up the cast were blessed apostles, whose fate it was to ride the most radical waves on the planet, in the most progressive fashion imaginable. If you were left feeling like an outsider as you watched Todd Chesser slide into that cavernous Backdoor barrel, it was understandable. Especially from the perspective of Britain’s gloomy, piddly waved latitudes.

From that gilt-edged upbringing on the edge of waters which threw, pitched and ramped into our dreams, the Momentum Generation sprouted from an extended and riotous slumber party on the North Shore, before making their way into every VHS player in every scuzzy surf shack in the known universe. So many of them – Rob Machado, Shane Dorian, Taylor Knox, King Kelly Slater – would go on to define their own distinct corner of surf culture. We envied these guys. We wanted to be them. We tried to surf like them. We failed.

In association with London Surf / Film Festival 2018, Huck is celebrating the stars of Steele’s seminal videos with Momentum Posse, an exhibition – hosted by Machado himself –  featuring some of our favourite images from the photographers who were there to watch them do it. Showing at the 71a Gallery from 2pm on 13 October, 2018, join us as we pay homage to the characters that changed surfing forever.

The Momentum Generation lived lives we could only dream of. But in doing, so they inspired us to live our own unique versions of that impossible dream. And for that we are forever grateful. 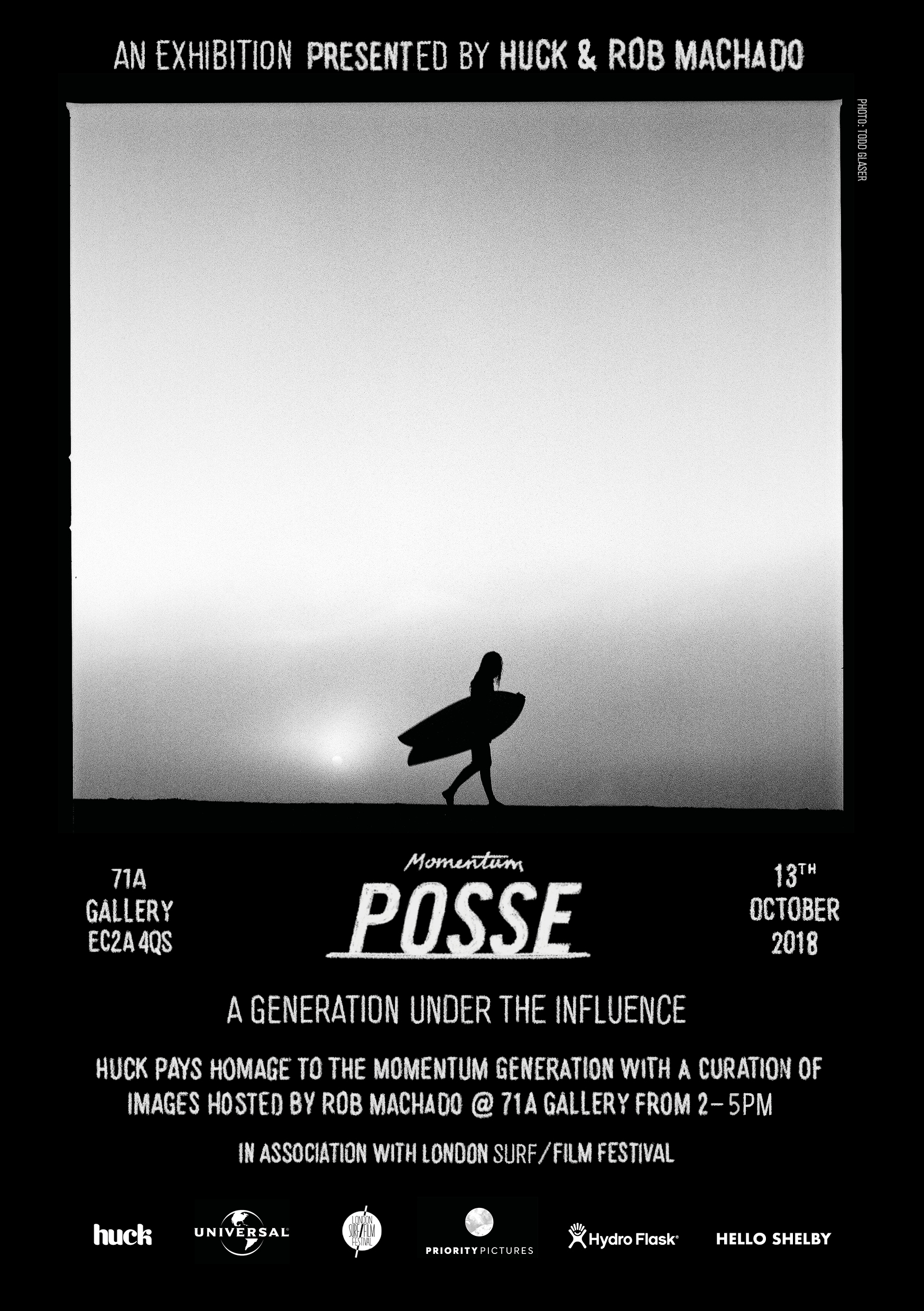 Momentum Posse, an exhibition presented by Huck and Rob Machado, is showing at the 71a Gallery from 2 – 5pm on 13 October, 2018.

Linkedin
RELATED ARTICLES
OTHER ARTICLES
From the Yakuza to a biker gang, Bruce Gilden recounts capturing Tokyo and Osaka in the ‘90s.
Following the release of his latest album God Don’t Make Mistakes, the rapper talks horror villains, police brutality and being unafraid to show his vulnerable side.
Over the weekend, London locals came together to resist a pre-planned police raid targeting delivery drivers.
Members of the collective share some of their reasons to run as part of #UnitedBySummits, a campaign that looks to uncover transformative power of the outdoors.
To mark the anniversary of the mass trespass of Kinder Scout, a group of hikers came together with the intent of creating a new, fully inclusive culture for rural spaces.
In the latest OFFF Dispatch, the enigmatic designer dives into his process, connecting the dots between his unique and varied creative output.