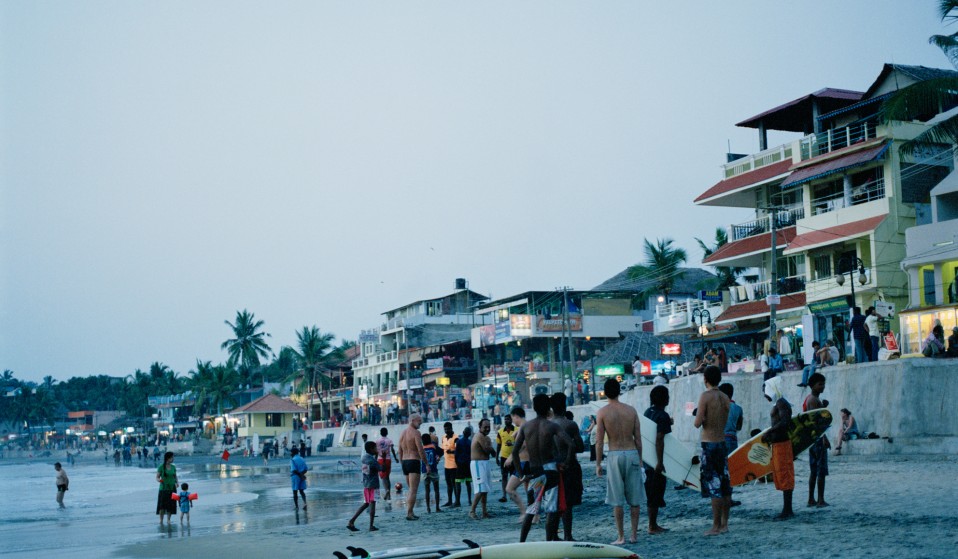 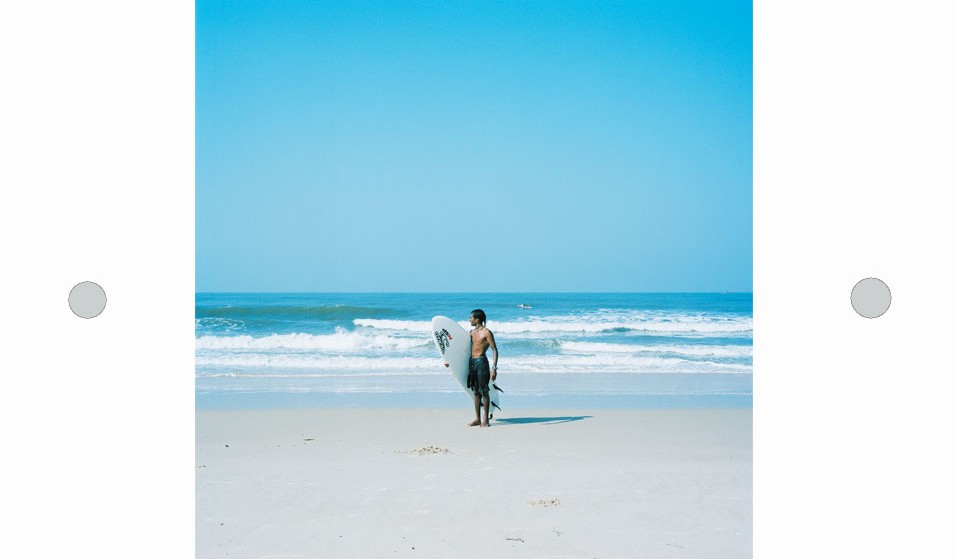 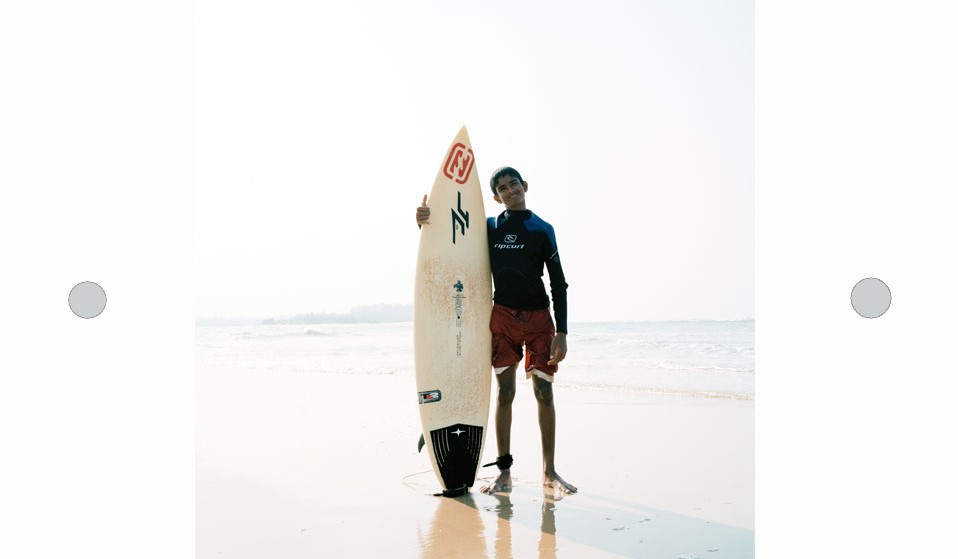 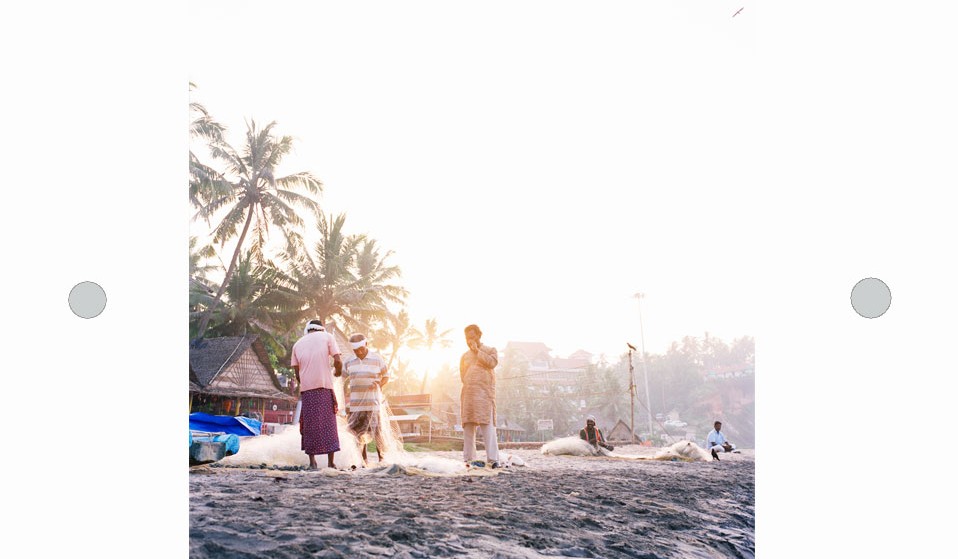 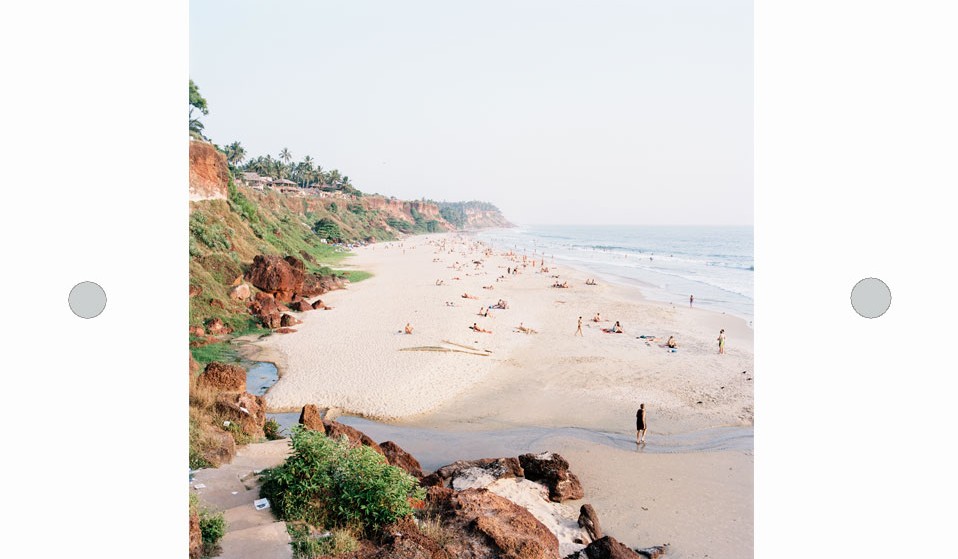 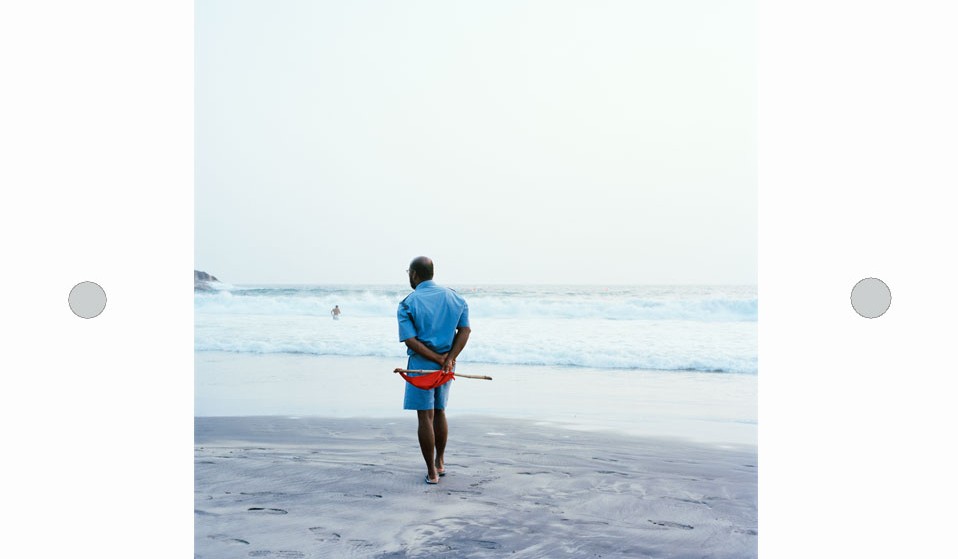 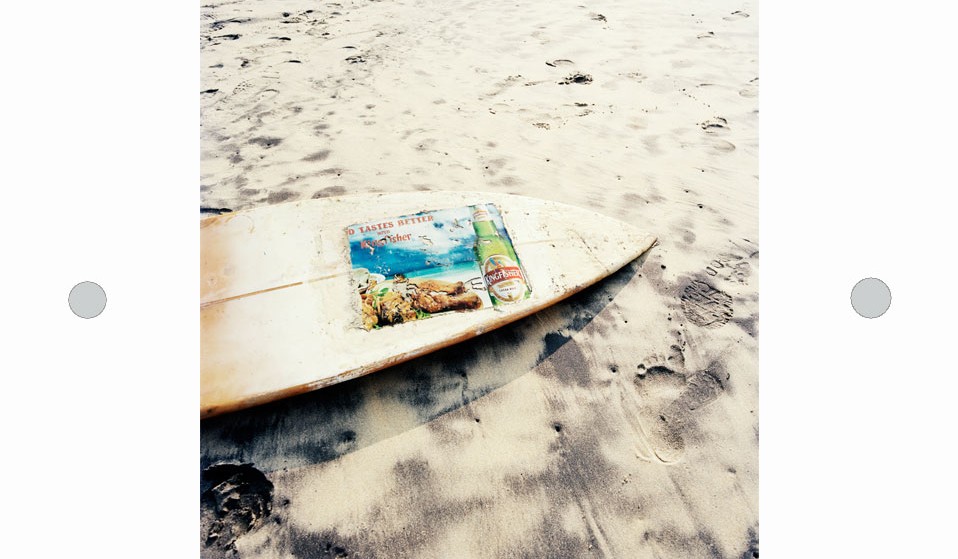 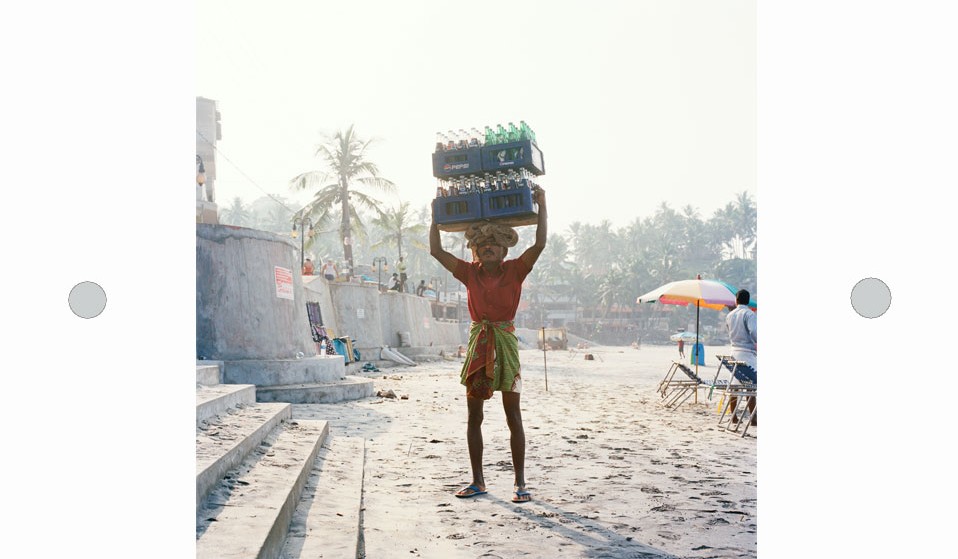 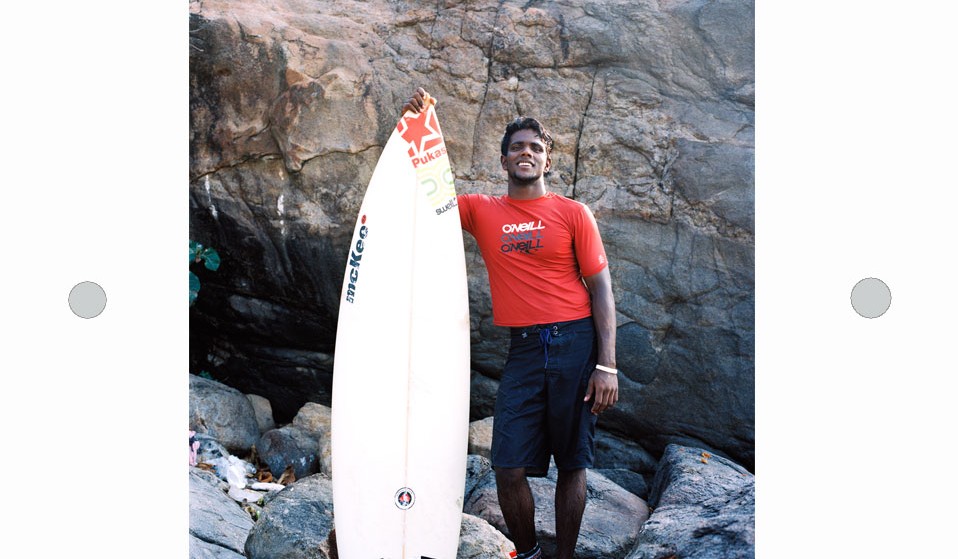 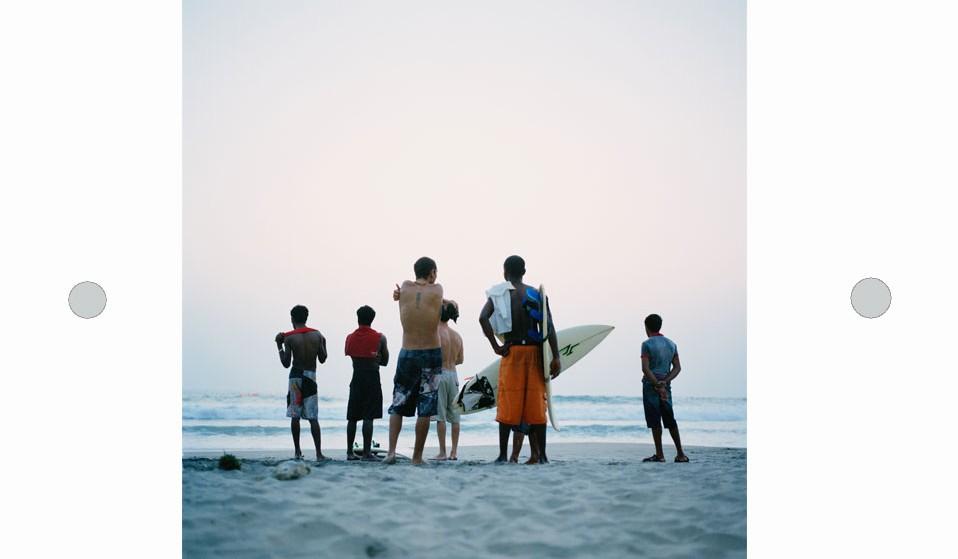 A holiday to India became a trip back through time when English photographer Paul Calver stumbled upon a group of surfers giving birth to a brand new scene.

A holiday to India became a trip back through time when English photographer Paul Calver stumbled upon a group of surfers giving birth to a brand new scene.

I’ve always been interested in youth cultures anchored in sport, probably as a result of growing up in the creative UK skate scene. I’ve shot established communities, from BMX racers to monster bike builders, and new emerging scenes, like the bike polo crew in London. But it was while preparing for a holiday to India in 2010 that I came across a subculture at a different stage of development.

I stumbled upon a website promoting an Indian surfing ashram in a small town called Mulki, a few hours south of Goa, and decided to reach out. I soon discovered how small the surf scene in India was. There’s the Harea Krishan surf shop in Mangalore, which sells wax and shorts but no surfboards – but that’s about it.

I think it’s important to go into a project like this with as much background knowledge as possible, but also allow people to explain things from their own perspective. I find curiosity and excitement are the best tools for this kind of project – let people tell you their story, in their own words. Luckily, when I got to India, I found that everyone was really keen to spread the word of surfing to a wider audience. People were really receptive to the camera and everyone was happy to get involved.

My approach photographically was to shoot portraits of the surfers I discovered along my journey – exploring their many reasons for choosing to enter into this culture: the teachers and young students exploring surfing as a way to keep a closer connection to nature and their religion; the entrepreneurs renting a few old surfboards to holidaymakers; and the young guys embracing surfing’s ‘sex appeal’ to enhance their chances of hooking up.

Surfing in India is a western export for sure. The surf ashram I visited is run by a group of older Californian guys who set it up to explore religion and nature via the medium of surf. On the beaches of Varkala and Kovalam (further south in Kerala) you’ll occasionally see western tourists donating their boards to the local kids (or so I’m told) and there was also talk of a Japanese guy who visits every year to teach. But the scene is growing steadily among indigenous residents too, and there are a few places now to hire half-decent boards. On first sight and after visiting many deserted natural beaches in India, Kovalam can seem a bit like the Blackpool of Asia, but after just one day, I found myself growing to like the place – sucked in by its extremely chilled vibe. There were always enough locals to make the place feel authentic.

I’ve always been an admirer of C.R. Stecyk’s Dogtown photography – the images are so raw and experimental, mirroring the scene he was documenting – and I had these images in the back of my mind when I went to India. But I wanted to take a more structured approach, hence the series of eyes-to-camera portraits.

I think authenticity is always a concern when doing any kind of documentary photography, no matter where in the world you happen to be. I guess this is why I tend to keep my portraits quite simple – eyes to camera and a background that puts across a sense of place but isn’t trying to make a statement beyond the connection you may feel to the subject. For example, the beaches in India tend to be covered in trash. I would always look for a spot that would hide this as I didn’t want to make this a part of their story. It’s definitely a concern and an area that needs to be addressed, but not something I wanted to focus on alongside this essentially positive movement.

Linkedin
RELATED ARTICLES
OTHER ARTICLES
A nostalgic exploration of the relationship between (wo)man and sea.
A journey through Britain's most remote, and world-class, waves.
A pretty portrait on the wall is all good and well, but shouldn't we be celebrating art that makes an impact in the real world?