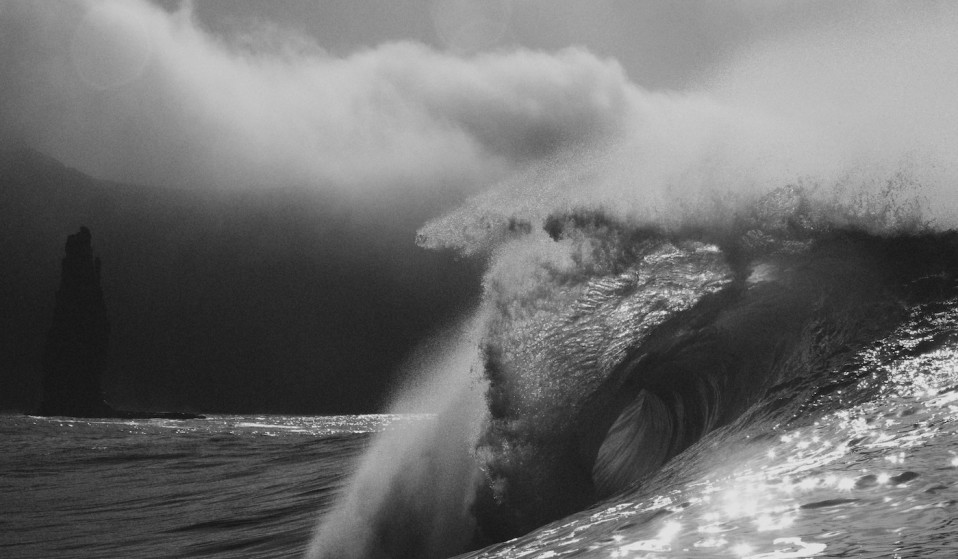 Prince Charles visits Mullaghmore, a new spot for Irish surfing, and we consider its troubled history.

Prince Charles visits Mullaghmore, a new spot for Irish surfing, and we consider its troubled history.

The titular conundrums of Britain’s aristocracy are increasingly absurd. When His Royal Highness Charles, Prince of Wales, Colonel-in-Chief of the British Army’s Parachute Regiment, Duke of Cornwall and Heir to the Throne of Great Britain and Northern Ireland, visits today the sleepy County Sligo town of Mullaghmore – many surfers not traditionally the most political or historically aware bunch of folk – may even notice.

That’s right. Mullaghmore is now part of the abstract surfers map – a virtual topography of vastly different, geographically strewn gnomons that pop into the imagination of towheaded wave-sliding types from Cape Francis to Newport Beach and back again. Mullaghmore is bracketed these days along with other exotic syllables that trip of surfers’ tongues. Uluwatu. Mundaka. Teahuphoo.

But Mullaghmore isn’t only home to one of the most savage big-wave spots on the entire European continent. It’s also the place where, on the 27th of August, 1979, Prince Charles’s favourite uncle – naval hero of the Empire Earl Louis Mountbatten of Burma – was blown to smithereens on a fishing boat by a remote-control bomb planted by members of the Irish Republican Army.

We doubt that Charles will paddle out (the surf is chunky, messy and the wind is fresh onshore today). But he will pay tribute to his family and, we suppose, express establishment regret for years of death and sadness.

The attack that killed Mountbatten, which came a few hours before on the other side of Ireland 18 British soldiers were killed in another bomb attack in County Down, was for the British establishment a shocking wake-up call. It has also been a hurtful wound in many local people’s hearts too. It is one of the mystifying aspects of the Northern Irish conflict that Mountbatten, who had a home close to the area, was loved and respected by many Irish people, even those with a natural Republican way of looking at the world. If you’ve travelled around that area, Mountbatten’s name will often come up – usually accompanied by a regretful shake of the head and the characteristic intake of breath.

But for the militant members of the IRA, Mountbatten was always a powerfully symbolic target. The attack happened, it should be remembered, on the morning of the single bloodiest day of ‘The Troubles’. The Troubles. A quaint sobriquet, a palatable term for what many believe has been a destructively smouldering civil war that still is far from lasting resolution.

Since the Good Friday Agreement of 1998 there have been huge improvements in the situation in Northern Ireland. The creation of genuinely mandated cross-border institutions and a healing of some aspects of age old sectarian divides have moved on apace. But make no mistake. Beneath the surface countless feuds and resentments still fester in the Northern Counties of Ireland and beyond – fuelled by the pain of the spilled blood and the silence that remains heavy when speaking about the gritty details of the conflict. It will take more than a stage-managed photo opportunity to improve the lives of all the people who have suffered during the conflict.

Nevertheless, when the heir to the throne shook hands with Sinn Fein leader Gerry Adams yesterday in Galway a rubicon was crossed. For the first time a senior member of the British Royal Family pressed the flesh of a senior figure in the Irish Republican movement. Though Adams always denied he was ever a member of the IRA itself . Even at the level of PR, It’s a big step, in other words, that Charles, cup of tea defensively in hand – shook the hand of his former enemy in front of a gathered audience. Though both men’s smiles may have been through gritted teeth, the move highlights perhaps a move in the direction of truth and reconciliation – one that is desperately needed in Northern Ireland lest the violent hatefulness rears its head once again.

The huge, gorgeously buffeted stretch of coastline from Malin Head, all the way down to the city of Galway, encompassing the counties of Donegal, Leitrim, Sligo, and Mayo – was once regarded as Bandit Country by the British Establishment and the Armed forces that patrolled it. But the place was always also blessed with some of the most incredible points, reefs and beaches in Europe. Visiting surfers may still come across the Republican Pubs full of images of rebellion encoded in the Armalite and the Balaclava – when they’ve stumbled out of the wagon for a post surf pint.

It’s worth remembering that wherever you travel and wherever you surf – history can always mud and blood the waters.

Linkedin
RELATED ARTICLES
OTHER ARTICLES
Photographer Ricky Adam documents Northern Ireland's rowdy punk and BMX scenes from the inside.
To celebrate St. Patrick's Day, Huck curates some of the most interesting and unexpected Irish photo projects we've encountered over the years.
A journey through Britain's most remote, and world-class, waves.