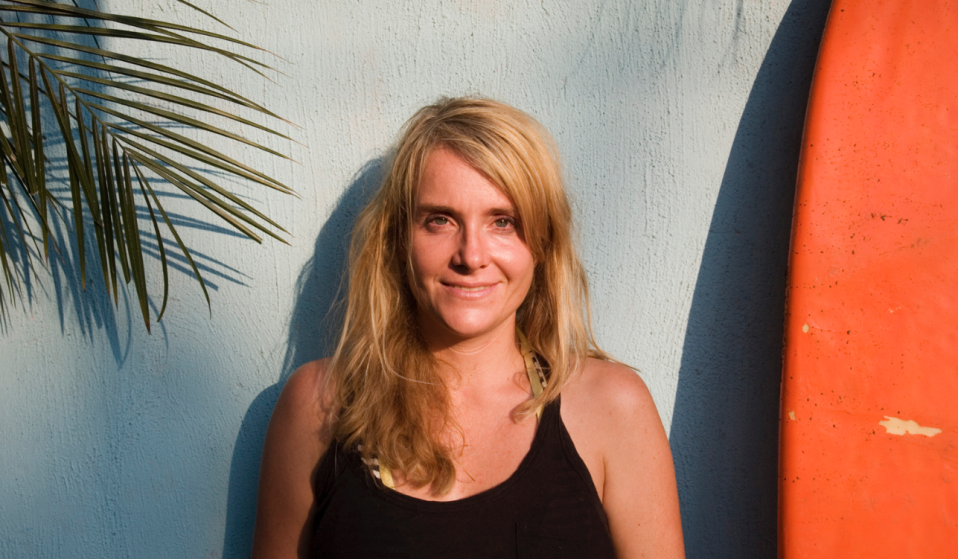 Julia Harriman had the archetypal London life. But she ended up changing everything just to get out.

Julia Harriman had the archetypal London life. But she ended up changing everything just to get out.

It was only when Julia Harriman crashed into the side of a taxi, launching her off her bike onto the concrete and into a pool of her own blood, that the switch finally clicked. Cutting ties with London, Julia, with her friend Carla Thomas, bought a one way ticket to Mexico. It had taken a long time to reach this point.

Every day for the previous year the wheels of Julia’s bike had spun forward, carting her to and from work, yet her mind was always locked motionless on one thought. “It was inside me, cycling to work every day, like a tape going round and round, ‘Get out, get out, get out.’” For a girl born and raised in the Scottish Highlands, the stresses of life in the city – a high-pressured job at a youth charity as well as a struggling relationship – were starting to take their toll. Her life had become a constant, draining battle with both societal expectations and with her own health.

“Having a good job, being in a relationship; in our society that is success,” says Julia. “Yet I knew I didn’t want to be in London but just felt completely and utterly trapped. My body started shutting down.” The serious anxiety that followed stuck with Julia for over a year. “People didn’t really get it, but for me it was horrible. It was worse than any illness I could imagine, because it’s invisible and you can’t really explain it. It’s the worst form of dread you could imagine, this feeling in your chest.”

The accident was the wake-up call Julia needed, shaking her into a decision she had been toying with for so long. With no real plan but to use their backgrounds in youth charity work, Julia and Carla came across the small fishing village of El Paredón on the Pacific coast of Guatemala. Here they quickly integrated into the community, renting an empty room, teaching English in the local school and working the food stands at night.  “It wasn’t like there was some grand vision. It was more how can we sustain ourselves here and in the process be useful to the community,” says Julia. 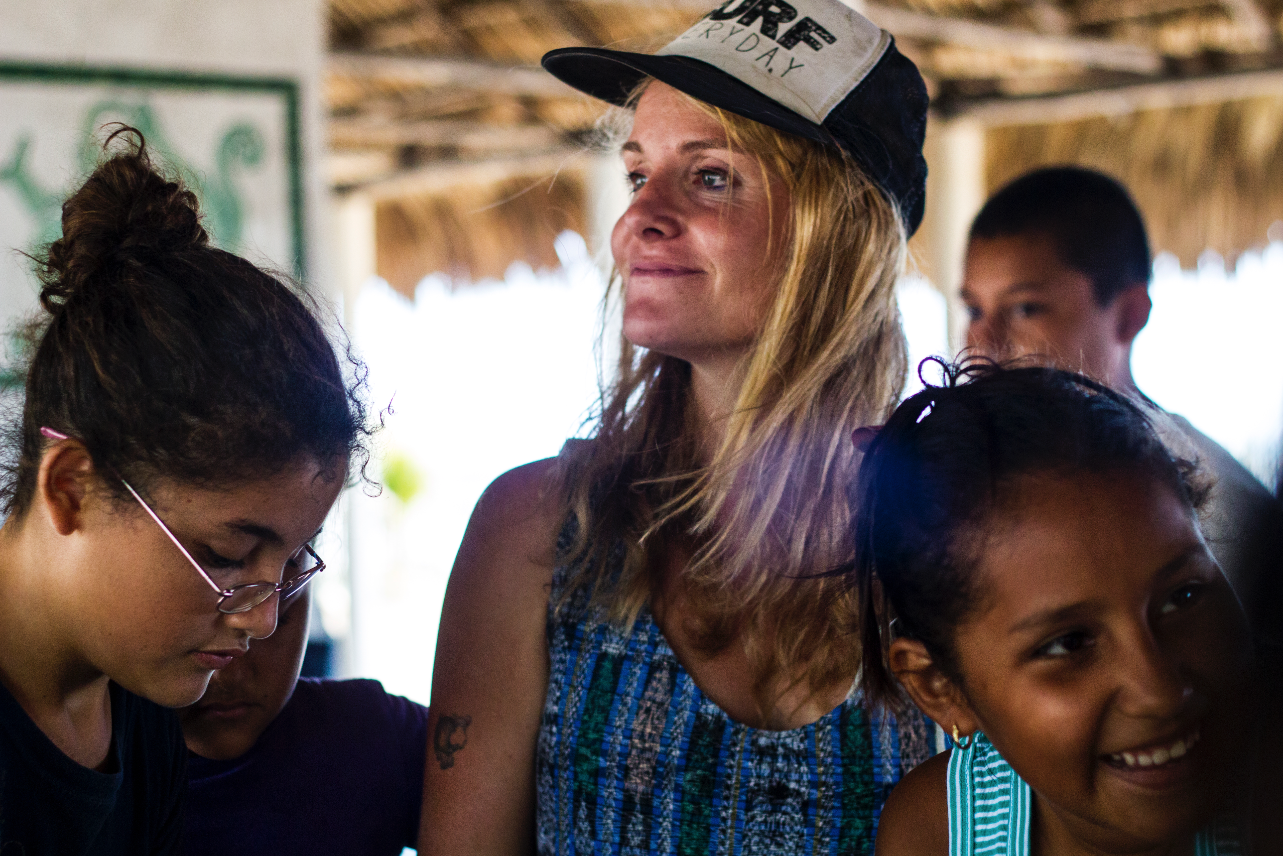 But they soon found their place. Tourism was swelling due to a growing surf scene, but as Julia and Carla noted, the income being generated didn’t always trickle down. They saw an opportunity to help local people benefit from the surf tourism parachuting into their home. Soon, the non-profit La Choza Chula – ‘The Cool Shack’, as it was dubbed by locals – was born.

What started as a small workshop encouraging young people to make bracelets for passing travellers has since become an integral part of El Paredón life. In the last year, the organisation has played a crucial role in building the village’s first high school, constructed and run its first-ever library as well as starting entrepreneurial projects bringing work to local women and youths.

But stories of change usually come with hard knocks. “When we first opened the workshop, we gave all the women nice little invites but none of them came,” says Julia. “Instead, all the kids were really curious and came in. People who think, ‘We have this great idea, we are going to help kids in a surf community,’ need to realise each community is completely different. You cannot just go in, thinking you know what locals need. You have to be so aware of the local religion, values and morals of the people.”

Sustainable surf development, for La Choza Chula, isn’t just about responsible travel. It’s about helping the community benefit from the act of surfing itself. “The local kids surf club is growing because parents are beginning to see their children grow strong, fit and healthy and be engaged in something positive,” says Julia, who discovered her own antidote along the way. “The act of being in the water was so cathartic for me. It’s so beneficial to your mental and physical health, far better than all the doctors I visited.” 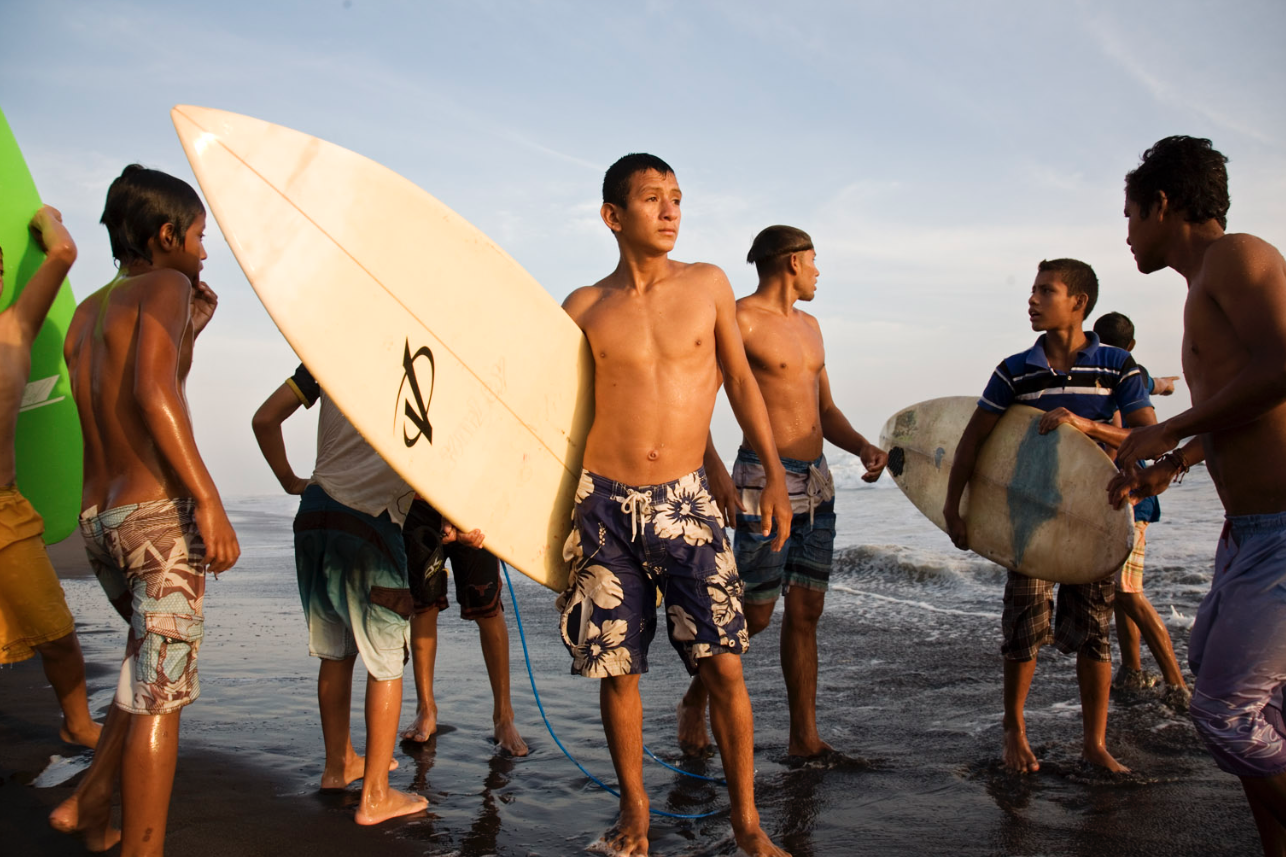 Learning as they go, La Choza Chula is slowly seeing a local impact. “We are not helping millions of people here, but we are having a profound effect on a few people which is as important. Who knows what they are going to do with their lives, how many people they will go on to inspire? Take Jose, for example. He has been with us for three years and now he is a leader in terms of creative designs. Recently he was able to buy his own surfboard, all with the money he has made from bracelets. These little stories are starting to emerge, and I think it takes time. What we really want is local leaders to emerge. This cannot happen in a year. It needs another ten and then there will be many more.”

Julia may have made a leap others talk about but never do, but she’s quick to point out that it’s no panacea. “There isn’t anything romantic about it, the highs and lows are more extreme than anything back home,” she explains. “There is a reality of actually being in life and death situations here, so you appreciate your life a lot more.”

And despite some struggles along the road, Julia has no regrets about the changes she’s made. “The definition of success is so skewed. I feel a lot more successful now than I did when I was earning lots of money, ticking all those boxes,” she says. “It’s not this round peg in a square hole, just doing it because the rest of the world does it. You live your life in such full, vivid colour here. It is my home now.”

Linkedin
RELATED ARTICLES
OTHER ARTICLES
Photographer Ale Romo wants us all to hit the road, chase waves around the globe and discover ourselves.
Surfer, photographer, designer, creative entrepreneur. Kassia Meador found herself  when she stopped focusing on one thing.
A nostalgic exploration of the relationship between (wo)man and sea.