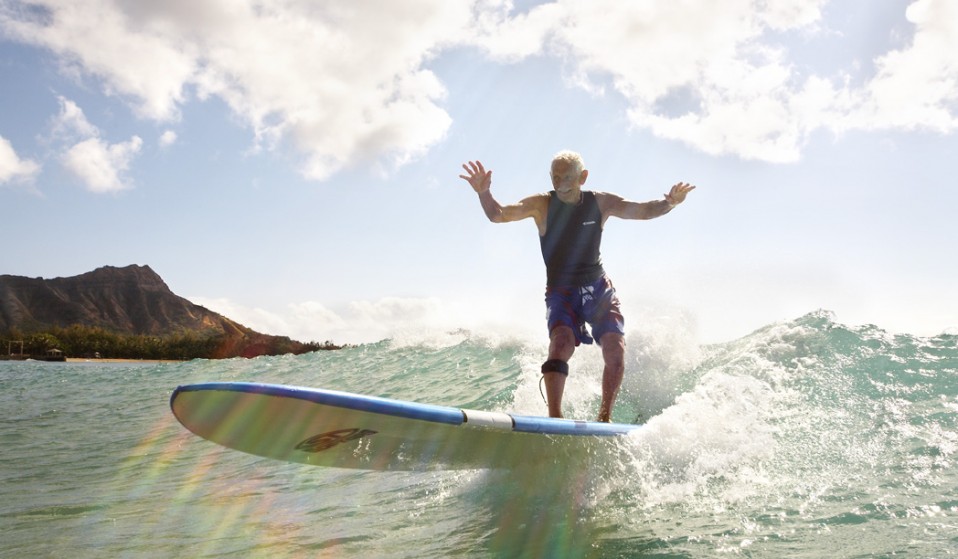 Founder of Surfing For Peace makes emotional plea to Slater a few days before his death yesterday evening, November 10.

Founder of Surfing For Peace makes emotional plea to Slater a few days before his death yesterday evening, November 10.

Surf and health guru Doc Paskowitz, the father of the so-called ‘first family of surfing’ – a nomadic clan of 11 who lived an unorthodox life centred around surfing and wellbeing – has passed away aged 93.

Doc was born in Texas to Russian Jewish parents and abandoned his medical career sometime around the 1950s – after visiting Israel for a year – to search for a different way of life.

He and his family spent approximately the next 25 years on the road, surfing, learning and living a healthy lifestyle – Doc eventually wrote a book Surfing and Health about his wellbeing philosophies.

In recent years, Doc founded a charity Surfing For Peace with Kelly Slater, which delivered surfboards to the small surfing community in Gaza and aimed to promote peaceful relations between the Palestinian and Israeli communities.

According to Kelly, peace between these nations was his biggest wish.

Says Kelly on his Instagram: “Blessings to you, Dorian #DocPaskowitz. You’ve been a beacon of truth, light, knowledge, and determination for all of your surfing brothers. Despite numerous reports of Doc’s passing over the last week, he quietly said his #LastGoodbye this evening. I was lucky enough to spend time with him a few days ago and get a couple of big hugs and this final photo.

He was passionate about diet and exercise but his biggest wish was to see peace in Gaza between Israel and Palestine and always believed that those who could surf together, could live together peacefully. He told me that if they would ‘pave the streets of Palestine in gold’ there would be peace between the people. He personally donated surfboards over the Israeli border to give to his Palestinian surfing brethren as a sign of respect and acknowledgment. Maybe one day his true dream will be realized.

I’ll miss this crazy, old man who helped raise my little brother and teach me about the ways of the world. Condolences and love to his wife and 9 children. #Surfing4Peace #SurfersHealing #PaskowitzFamily”

Speaking to Huck six years ago, in issue 14, Doc said this: “I have been a beach bum since I was twelve years old. On top of that I became a lifeguard, a research physiologist and a medical doctor. But you know, it was all what you might call T-shirts on top of a bare-skin beach boy. It was a great life. I’m sure I’m gonna miss it.”

Linkedin
RELATED ARTICLES
OTHER ARTICLES
John John Florence has shed his über grom status and won the 2014 Quiksilver Pro France. And the ramifications for surfing, says Michael Fordham, run deeper than you think.
Huck spoke to four creative young Israelis and Palestinians for new perspectives on the ongoing conflict in the Middle East.
As the circus descends on Hossegor and the World Tour gathers pace, Michael Fordham catches up with the demigod that will later be crowned Champion for an unprecedented tenth time.