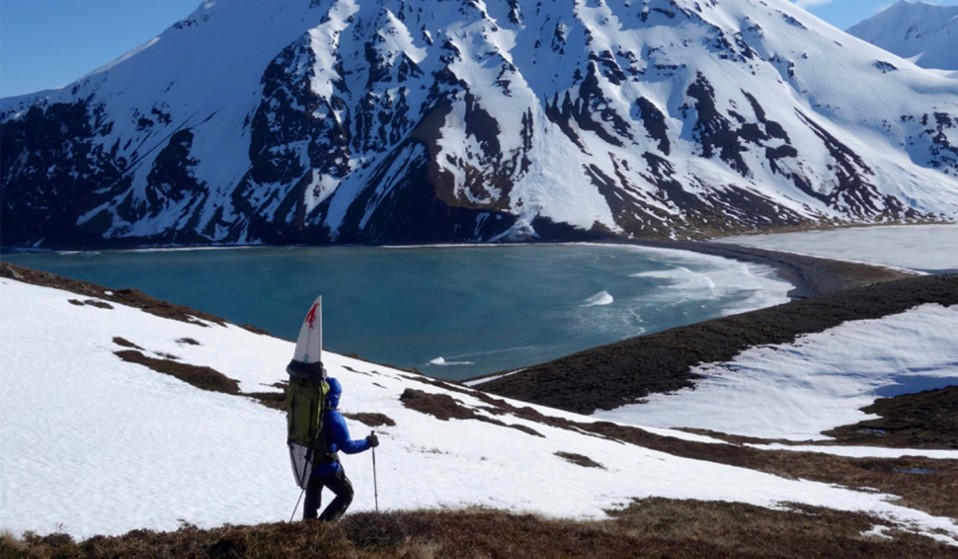 “I’m happy with the vagabond life I’m leading,” explains French diver, Patagonia surf ambassador and all-around adventurer Léa Brassy. We’re sitting on the promenade at San Sebastián, Spain looking down on the incoming waves, where the Surfilmfestibal is holding a tongue-in-cheek surfing anti-Olympics.

Léa lives just down the coast, over the border into the French part of the Basque Country, in her grandfather’s ’89 Citroën van, which she’s called home since she was 20. “My van has been my base for many years,” she explains. “At first I just thought it was convenient. I could go anywhere, always have my home with me and sleep anywhere without having to depend on anybody. Little by little by little, I’ve got more and more into this lifestyle and into the freedom it provides. There’s just something magic about travelling everywhere with your home.”

But today, Léa has left her nomadic homestead behind, for some much-needed repairs to its rusting skeleton and comfy but kitschy interior. Léa’s film Being There premiered at the Surfilmfestibal the previous evening, just around the point in an old whalers’ boatyard and she’s relieved to have three years of work finally see the light of day. 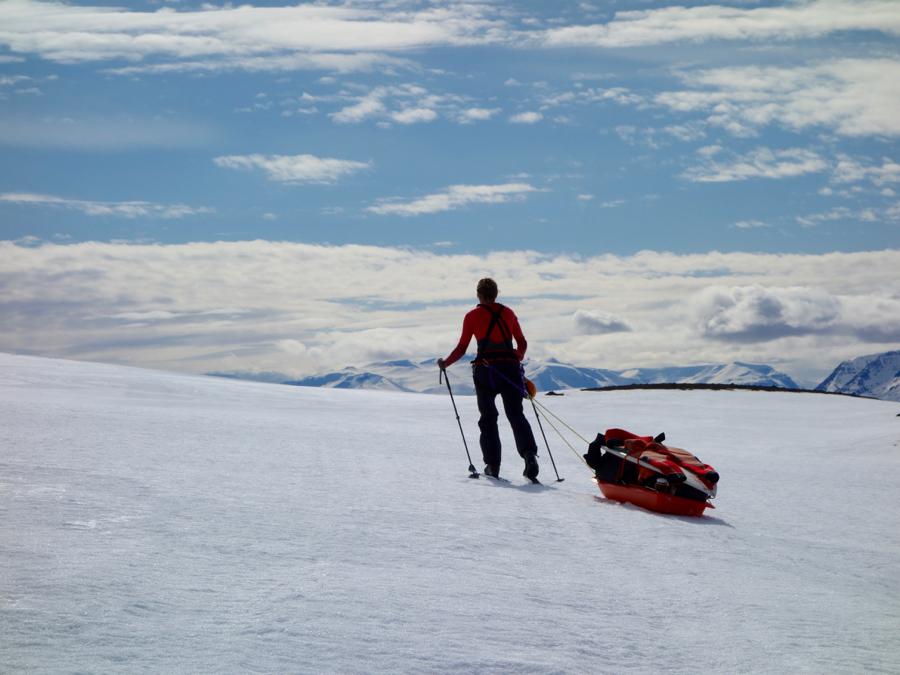 Being There is a self-realised and self-filmed journey through Iceland in the depths of winter, with her boyfriend, French polar explorer Vincent Colliard. “We met around the idea of combining our two worlds in a project,” Léa recalls. “Our relationship started around the idea of bringing together our two passions, surfing and mountaineering, in a trip to a very remote place.”

After a proof-of-concept trip to ski and surf together in Norway in 2009, Léa and Vincent began scouring the globe for the right place to make a ten-day trip through snow-covered coastline, surfing along the way. Eventually, they settled on a remote corner of Iceland – only to find when they arrived that the wind had blown away all the snow. 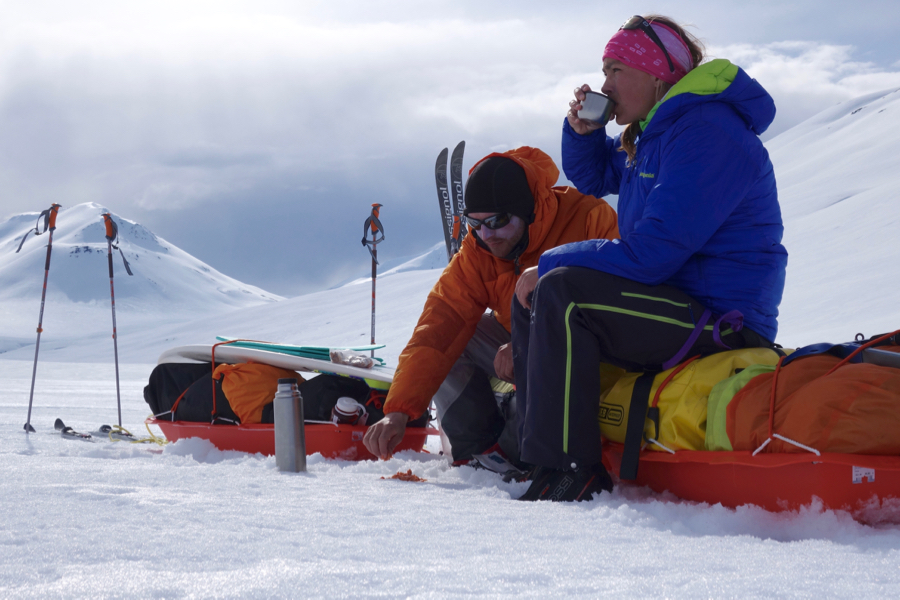 The film picks up as the pair are studying their maps and the weather forecasts to find an alternate route. But their plan B turned into a seven day hike through spectacular landscape, with Léa pulling her surfboard on a sled for miles through rolling, snow-covered peaks. 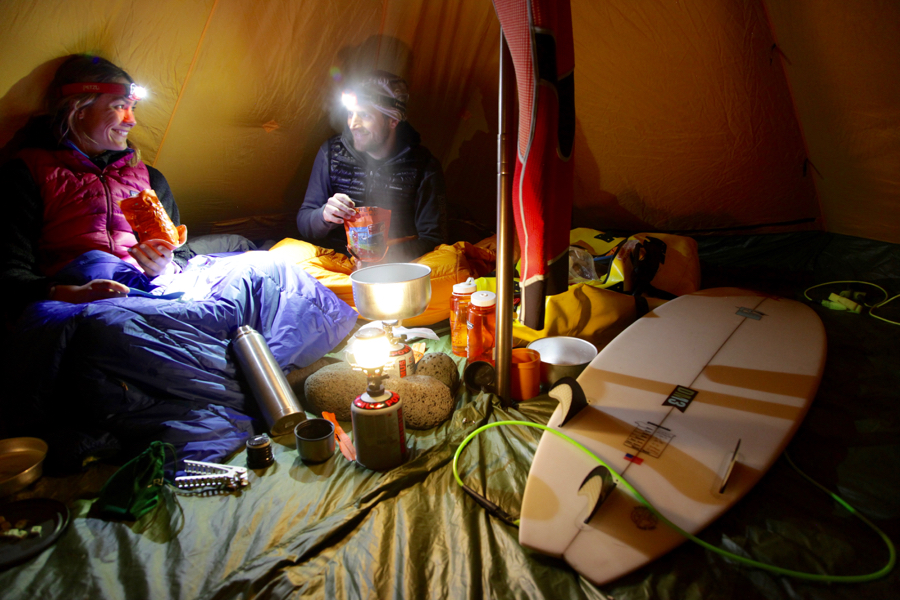 Before bad weather forced them to cut the trip short after seven days, they discovered some immense, isolated surf breaks, pitched their tent under the Northern Lights and found a deep connection with nature. “[That connection with nature is] the base of why I like to surf and why I like to lead a life that is a bit different,” Léa explains. “I think I probably need it to feel good and be normal in the normal world.” 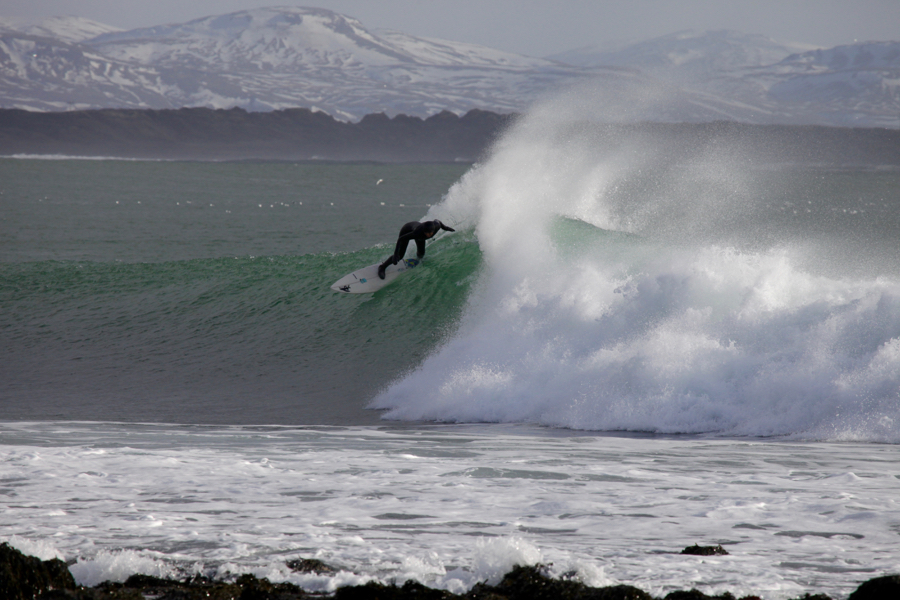 Being There is an infectious and inspiring story of two adventurous souls coming together to venture into remarkable terrain few others will ever experience. But if you want to follow in Léa and Vincent’s footsteps, you’ll have to do your homework – Léa is keeping their route schtum. “I’m not going to tell you,” she says, coyly. “I just don’t think it adds anything to the story to tell the places. I’m very old skool in that way, you don’t need to know.”

Being There premiered at the San Sebastián Surfilmfestibal and will tour festivals before being released on VoD this autumn.

Linkedin
RELATED ARTICLES
OTHER ARTICLES
Ahead of the release of his new album, the producer reflects on his battle with drug use, getting into painting and what Madonna taught him.
A new series of photos by Johny Pitts shines a light on communities and subcultures that have all too often been overlooked.
Photojournalist Fiora Garenzi spoke with people still living in Eastern Ukraine, an area which seen some of the heaviest fighting since the war began.
From the chip shops, to the bingo parlors and burlesque dancers, photographer Mike Coles remembers capturing scenes of holidaymakers by the English coast.
A sharp increase in officers armed with the electrical weapon is resulting in serious injuries and deaths.
With the virus now a global health emergency, we must take steps to fight misinformation and demand a swift UK-wide vaccine roll out, writes Phil Samba.