Outdoor / Surf / Silky sheets, lost boards and like minds: Surfing in the Maldives with Jamie Brisick 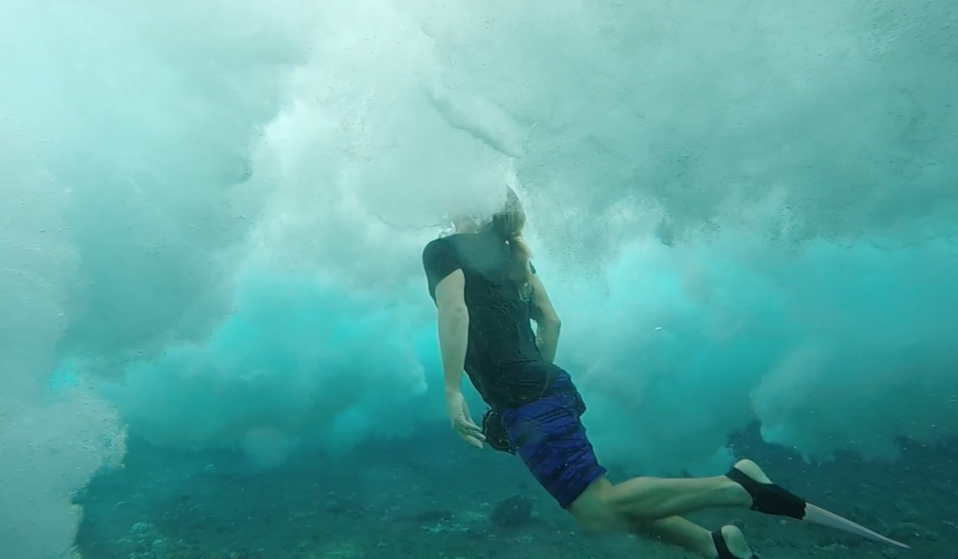 Here’s why I love this surfing life: I arrive in the Maldives on a bright and torrentially blue afternoon. At the Four Seasons at Kuda Huraa I am greeted by a smiling Costa Rican host who hands me an ice-cold lomi-lomi drink (ginger, lime, honey, insanely refreshing). I’m shown to my room, which is really a villa, on the beach, with a splash pool, outdoor shower, giant bathtub, king-size bed with fluffy pillows and silky sheets, big-ass TV, and a welcome basket of fruit and bottle of wine. But like any honest surfer, I hardly notice these details. I pull my boards from the bag, inspect for travel damage (None. Thank you Qatar Airways!), slip into boardshorts, and run seaward, which in this case means straight to Tropicsurf. A surf guide named Chris — tall, fit, fiftyish, Floridian expat, fifteen years in the Maldives by way of Australia — greets me at the board racks. The first thing he does is check my wax. Maldivian water temps are in the high seventies to low eighties.

The sun is bright and the water is turquoise transparent, like good gin. Sultans is a fun right reef break — something like Lower Trestles. I’m psyched to shoot with my new GoPro Hero 4. We take a boat over, about a fifteen-minute ride. The waves are a foot or two overhead with a couple dozen surfers out. I have grand ambitions to aim the camera back at me, then shoot my POV, then switch to mask and swim fins to get those luscious underwater ride-by shots—a thoroughly-covered session in the majestic Maldives. I mount the camera on the nose of my board, hop off the boat, and paddle into position. A dimpled navy blue wall looms, I push the RECORD button and stroke. I pop to feet and streak along the dimpled trim line, marvelling at the turquoises and aquamarines and whooshing-by reef. When the wave closes out I earnestly aim my nose at the heaving lip, thinking smooth floater, but cartoon-like, the lip karate chops my camera out of its mount. Did I attach the fluoro-orange float as suggested by my GoPro-savvy friends? No. I swim around underwater looking for it. Does my camera shimmer like an iridescent fish? Hells no. I scour the reef. But I wear no goggles and my underwater vision is bad so after about fifteen minutes I give up. But Anthony Robbins-type voices assault me – “Don’t give up you lazy fuck! Setting goals is the first step in turning the invisible into the visible!” – so I paddle over to the boat, grab mask, snorkel, and fins, and swim back to the break, thinking it’s a long shot, thinking it would take the great grace of God to find my GoPro on the reef.

Nearing the spot where I lost it, I see a water photographer bobbing around the impact zone.

Seen a GoPro camera by chance? I ask.
No, he says in an Irish brogue. But you can find it.
And I do. Less than five minutes later.
I knew you’d find it, he says as I hold it overhead, trophy-like.
Yes!
A wave comes. We duck. Fins slice by overhead. We nearly knock into each other.
You’re Irish, I say.
Yes. You’ve been?
Yes. Bundoran on a surf trip. And also to Doolin with my family.
We slip into surfer shorthand—and find we have lots in common. He’s been to my local Malibu. I’ve been to his local Lahinch.

I’m a fan of the photographer Mickey Smith. He and Mickey are practically brothers. I was amazed by his Cliffs of Moher. He was unimpressed by the Malibu crowds. Does he know my friend Richie Fitzgerald from Bundoran, who took such good care of my surfer pals and me when we visited County Donegal nearly a decade ago? Yes, he does. Has he sucked back post-surf pints at the Bridge Bar? Indeed. Do enough rounds of this wave-chasing-around-the-world business and you can travel to virtually any country with a coastline and find a friend.

Between ducking under waves he tells me this story:

“I used to be the first mate of a beautiful sailing boat for a very lovely and wealthy man. When I was moving the boat between a one-and-a-half-degree channel a big storm came in, kicked the shit out of us, and I ended up losing my boss’s favourite board. It was brand new, only surfed a handful of times, but he really loved it. Anyway, after the storm passed and we were in a safe harbour, I called my shaper JP and ordered another one to replace the one I had lost — I thought it was lost to the wave gods.

“So five years later, JP takes his first ever trip to Sri Lanka. He’s sitting in a bar and notices one of his shapes sitting in the rack — this happens after JP has made thousands of boards. He looks closer and realises this is the one that I’d lost five years before in that wild storm. JP asks the bartender about it and he tells him that it had just been brought in to the bar and sold to them by some fisherman who had been fishing twelve miles offshore and had picked it up. The board was in the same condition, fins and all. Hikkaduwa is over 1200 kilometres from where I lost the board, and my shaper JP had never been there before. Talk about a coincidence!”

His name, I later learn via emails with an Irish photographer friend, is Matt Smith. He spends a lot of time in the Maldives. He sent me this pic of JP the shaper and the lost and found board. 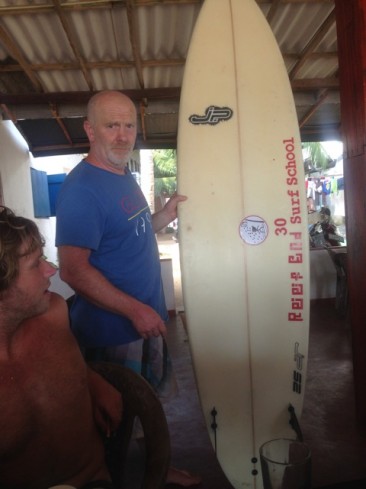 And I sent him this pic I shot of him plunging beneath a breaking Sultans wave. 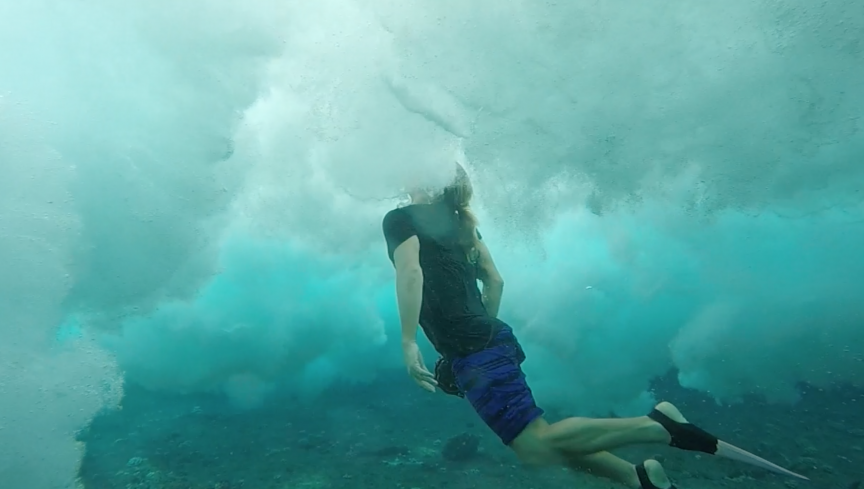