Outdoor / Surf / Could the sea be destroying surfer’s immune systems? 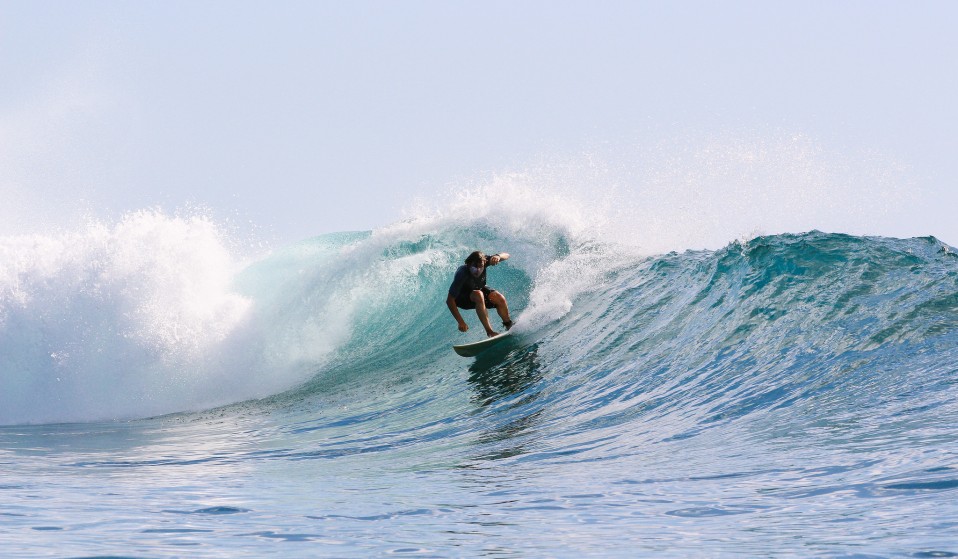 A worrying new study shows that surfers are three times more likely to host antibiotic-resistant bacteria in their guts than non-surfers – but what does that really mean?

A worrying new study shows that surfers are three times more likely to host antibiotic-resistant bacteria in their guts than non-surfers – but what does that really mean?

In a day spent out on the waves, it’s nearly impossible not to swallow a mouthful of water – and while these salty gulps aren’t going to kill you, they may be laden with more than meets the eye. According to worrying new research, surfers are three times more likely to host antibiotic resistant bacteria in their guts than non-surfers, leaving them more susceptible to diseases that can no longer be treated with antibiotics.

Since they were first discovered in 1928, antibiotics have been used to kill bacterial infections like pneumonia, tuberculosis and other fatal diseases. Unfortunately, though, bacteria are highly adaptable, and can quickly develop immunities. The widespread use of antibiotics in medicine today worries the World Health Organisation and the UN environmental assembly, who both believe we may be entering an era where they will become ineffective against basic diseases. A study in 2016 estimated that given current trends, once preventable antibiotic-resistant diseases could kill 10 million people annually by 2050.

So what does this mean for the surfing community? Studying samples given by surfers and researchers at the University of Exeter Medical School identified E. coli bacteria resistant to cefotaxime – a commonly used antibiotic – present in nine per cent of surfers’ guts. This is much higher than the land-borne standard of three per cent.

“We expected to see a difference between surfers and people who do not go in the water because previous research had shown that surfers are swallowing a lot of seawater, which contains antibiotic-resistant bacteria,” Anne Leonard, research fellow at the University of Exeter Medical School and lead author on the study, tells Huck. “However, I think it’s fair to say we didn’t expect to observe such a large increase in risk and were surprised.”

Over the last 30 years, water pollution around the coastal UK has vastly improved, due in part to groups like Surfers Against Sewage who organise cleanup events and educate beach-goers. However, manure from animals treated with antibiotics is widely used to fertilise fields and the runoff eventually makes its way to the sea. Unfortunately, this type of pollution is much harder to clean up.

Surfers aren’t uniquely at risk of ingesting antibiotic-resistant bacteria — such bacteria have also been found in ready-to-eat foods like fresh produce and dairy products. And despite the increased risk to surfers, who swallow on average 10 times more seawater than swimmers, experts familiar with the research don’t see a need to discourage people from spending time in the ocean.

“While this research highlights an emerging threat to surfers and bodyboarders in the UK it should not prevent people from heading to our coasts,” explains David Smith, science and policy officer for Surfers Against Sewage. “We would always recommend water users check the Safer Seas Service before heading to the sea to avoid any pollution incidents and ensure the best possible experience in the UK’s coastal waters.”

“Further research needs to be done to look at the long-term health effects of carrying resistant bacteria in the guts of surfers, who are generally fit and healthy, and their immune systems are able to keep infections at bay without needing to resort to antibiotics,” she adds.

Linkedin
RELATED ARTICLES
OTHER ARTICLES
Following the release of his newly republished 1991 book, Redheads, the American photographer reflects on his celebration of ginger people and their magnetic power.
Our new magazine is here, starring the inimitable Mitski. Order your copy now and join us on a trip around the world.
The author discusses her blistering new novel about history, revolution and queer love.
In the latest OFFF Dispatch, the enigmatic designer dives into his process, connecting the dots between his unique and varied creative output.
While protests over abortion rights rage in the US, access to abortion services is still almost nonexistent in parts of the UK.
The government’s failure to take long Covid seriously has led to the formation of a group campaigning for the thousands of forgotten victims of the illness.