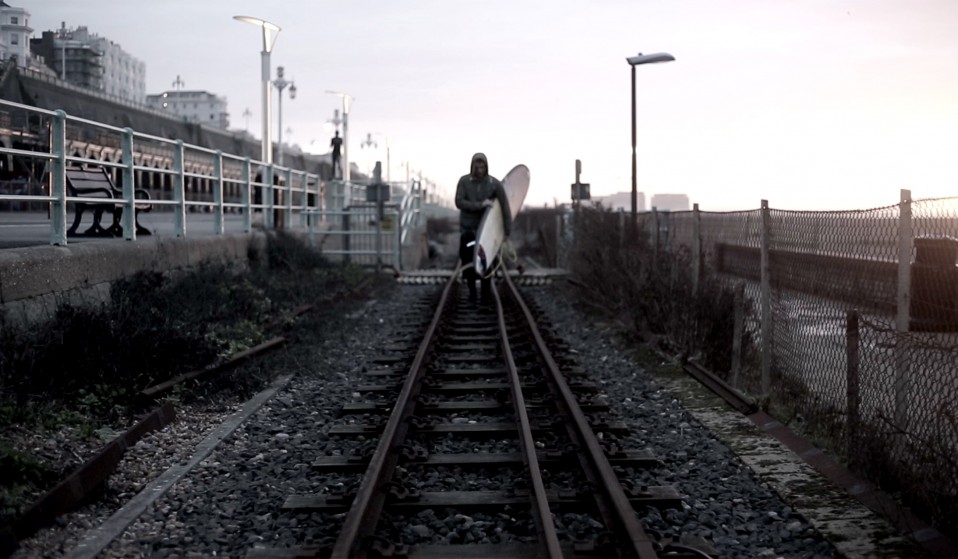 Photography © from Bittersweet by Daniel Satchell

Entries are now open for London Surf / Film Festival’s Shorties strand, so we picked out our favourites.

Entries are now open for London Surf / Film Festival’s Shorties strand, so we picked out our favourites.

Surf filmmaking is a game of simple ingredients: it’s just water crashing against the shore with people on boards using it to carry them along. But in the hands of the masters, and captured on film in the right way, it can become a heart-wrenchingly beautiful, transcendental and poetic experience.

Voting is now open for their Shorties strand: homegrown surf films guaranteed to blow your mind – in five minutes or less.

After submissions rolled in from across the British Isles, the cream of British and Irish filmmaking talent are represented in the shortlisted 19 films, which showcase a variety of approaches to surfing – from pollution-fighters to road trippers, famous faces and adaptive rippers.

“The art of storytelling is at the heart of surf culture and, as writers, talking story is close to our hearts,” explains LS/FF Director Demi Taylor. “We founded The Shorties in 2011 to showcase the wealth of creativity on our shores and since it’s inception Shorties films and their filmmakers have gone on to make an impact on the global stage.”

To encourage you to get out and vote for your favourites, we’ve pulled out our top five from the 2016 Shorties.

Mistakes Made… Are Lessons Learnt

Directed by Peter Conroy and Kev L. Smith, Mistakes Made … Are Lessons Learnt looks at big wave water safety through the eyes of the Irish Tow Surf Rescue Club. Established nearly ten years ago, the club exists to train experienced jetski drivers and share the experiences they’ve gained to make surfing safer for all.

Peg Leg is a one-legged chef, traveller and one of the UK’s most exciting surfers. This short profile is part of a documentary series for Channel 4 exploring how people are use their bespoke prosthetic limbs to express themselves creatively. Featuring Pegleg Rik Bennett and directed by Josh Hine.

Freelance filmmaker and photographer Ella Kite introduces us to Ewen Willis, who started surfing in the sixties and is still living an enviable lifestyle – riding waves and living off the land.

Cornish surfer and creative Martin Jackson is also known by his Adventures In Lo-Fi moniker, where by he produces a vast array of wave sliding steeds from unexpected sources. Here Martin tackles the problem of plastic marine pollution with a radical and bonkers solution.

Watch all shortlisted films and cast your votes for the best Shorties over at London Surf / Film Festival. Voting is open until midnight on Thursday 8th September 2016.

Linkedin
RELATED ARTICLES
OTHER ARTICLES
To mark the release of his new LP, the frontman of south London group 67 calls from prison to discuss his fraught past, dismantling the Tories and embracing the multitude of ways drill has evolved.
White supremacy and Norse myth have long been interconnected – but a community of LGBTQ+ activists and allies are fighting to save this noble tradition from hate.
After the disastrous launch of Cyberpunk 2077, some critics questioned whether the game’s namesake genre had lost its way entirely – but there might still be a way to save cyberpunk from its inertia.
As calls for a second referendum grow louder, TikTok is giving young Scots a platform to carry on their fight through lockdown and to build solidarity with other independence movements.
For four decades, photographer Mariette Pathy Allen compassionately documented the transgender community, celebrating the profound humanity of those living outside the gender binary.
A new exhibition celebrates one of the most pioneering photographers to have lived, whose work captured the complex realities for Black Americans between the ’40s and ’70s.