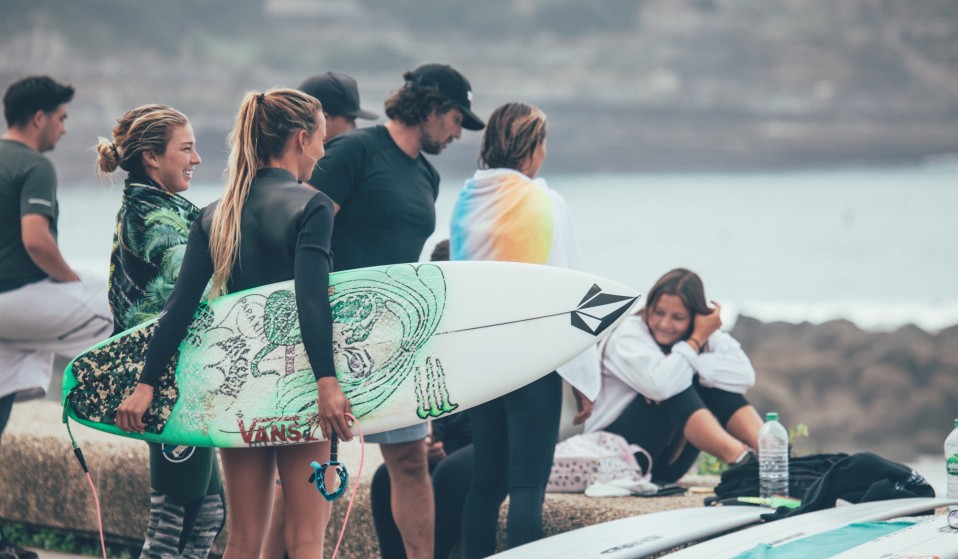 Home to Billabong, Volcom, and Quicksilver, Hossegor is Europe's surf hub. Here, professional surfer and artist Maud Le Car – a native of the region – gives us the grand tour.

Home to Billabong, Volcom, and Quicksilver, Hossegor is Europe's surf hub. Here, professional surfer and artist Maud Le Car – a native of the region – gives us the grand tour.

“11 minutes to go with Maud Le Car up against Bailey Nagy,” comes the commentary from the judges’ tent. Anglet’s Plage de la Petite Chambre d’Amour is packed full with a home crowd. Photographers line the Rock Groyne, long lenses trained on the surf, whilst the groms suit up and stripe their faces with sun cream, keen to get in the water in exactly 660 seconds time.

Basque France is Europe’s surf hub, hosting the Anglet Pro each year on this beach, and home to Billabong, Volcom, and Quicksilver, based in nearby Saint Jean de Luz since 1984. “You can bump into industry heads at the beach, have a surf, and then go for a meeting,” Alexei Obolensky, editor of Wasted Talent magazine, tells me. “From a business point of view, pretty much the entire industry lives along this coastline.”

Despite that, it is possible to escape this surfy cynosure, even in peak-time August. Once Le Car is out of the water, and has found a route through the fans and photographers, we decide to leave the garish flags and demarcations of the competition site. 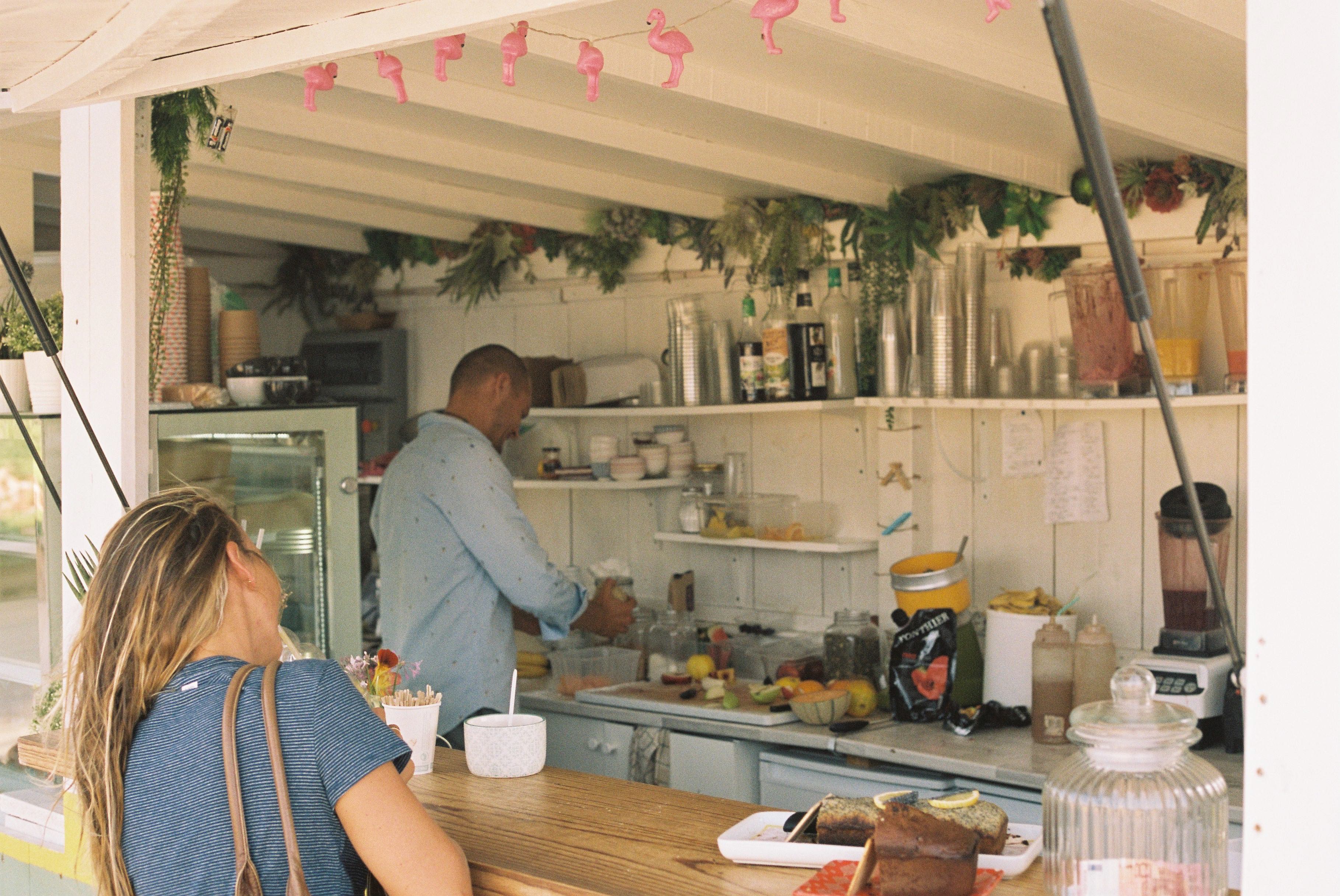 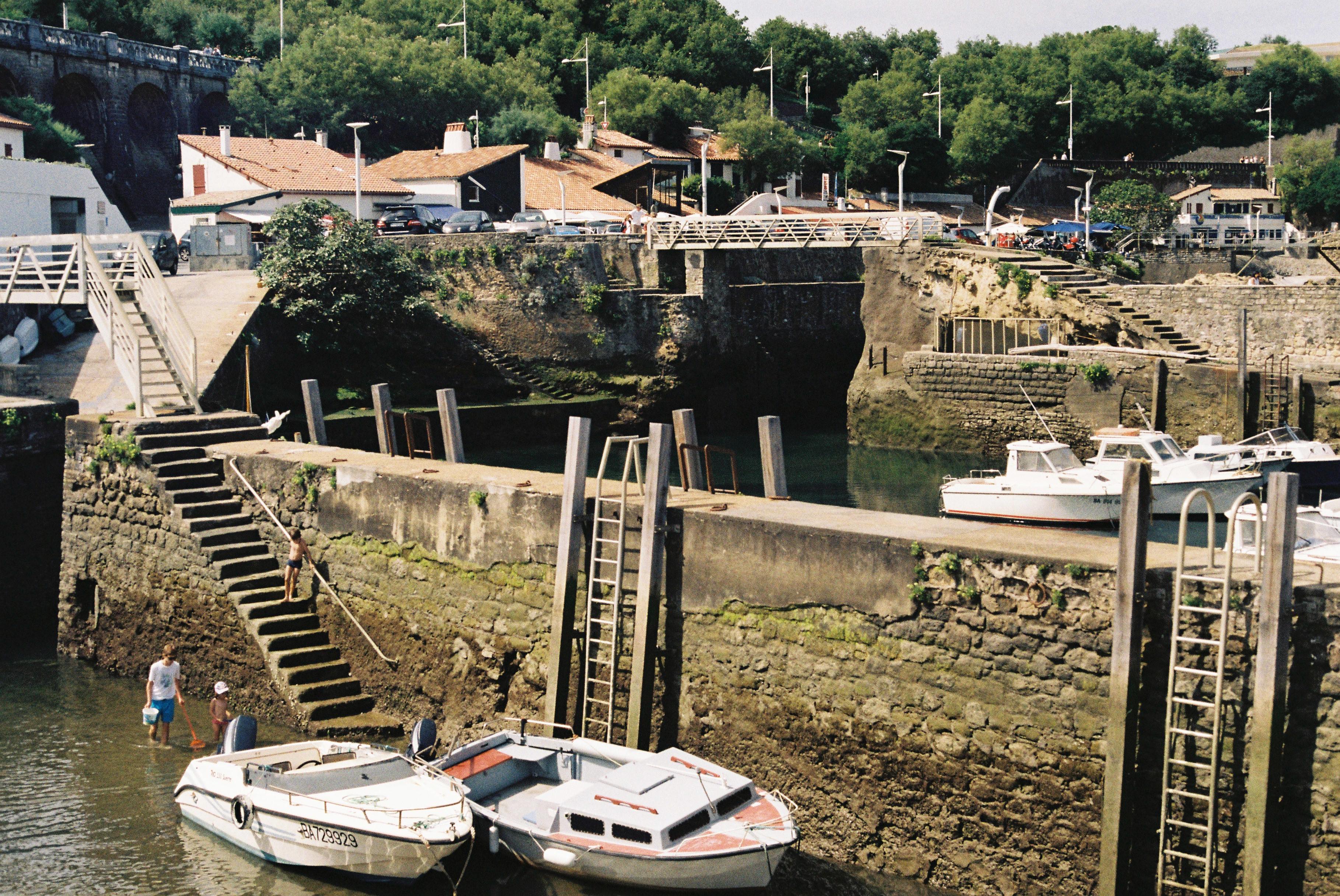 “Nine years ago it was difficult to get a proper coffee in Anglet, and now look at it,” Le Car gestures to the pop-up barber shop which has come from Brighton, especially for the event, and to the newly-built restaurants serving all manner of cuisine. The Hawaiian poke bowls are a popular choice.

Facing the sea are the countless hotels required to sustain this summer influx. The terracotta Chambre d’Amour stands behind us: complete with a Brutal adjunct, it is a cruise ship of a building.

Further down the coast, Biarritz’s 1800’s lighthouse appears a thick white line. Over the cliffs and Anglet’s #vanlife lifestyle gives way to regal living at the Hôtel du Palais (built on a site selected by the wife of Napoleon III, Eugénie de Montijo) and surf boutiques.

The drive to Hossegor takes us along roads banked by steep sand dunes and maritime pine, and past red and duck egg blue slatted Basque houses (or baserri, literally “wild settlements”), many of which display religious icons in niches. I spy a complete colour spectrum of Citroën Méharis lining the sandbanks of Lac d’Hossegor, which like the boutiques of nearby Biarritz, are good indicators of wealth. 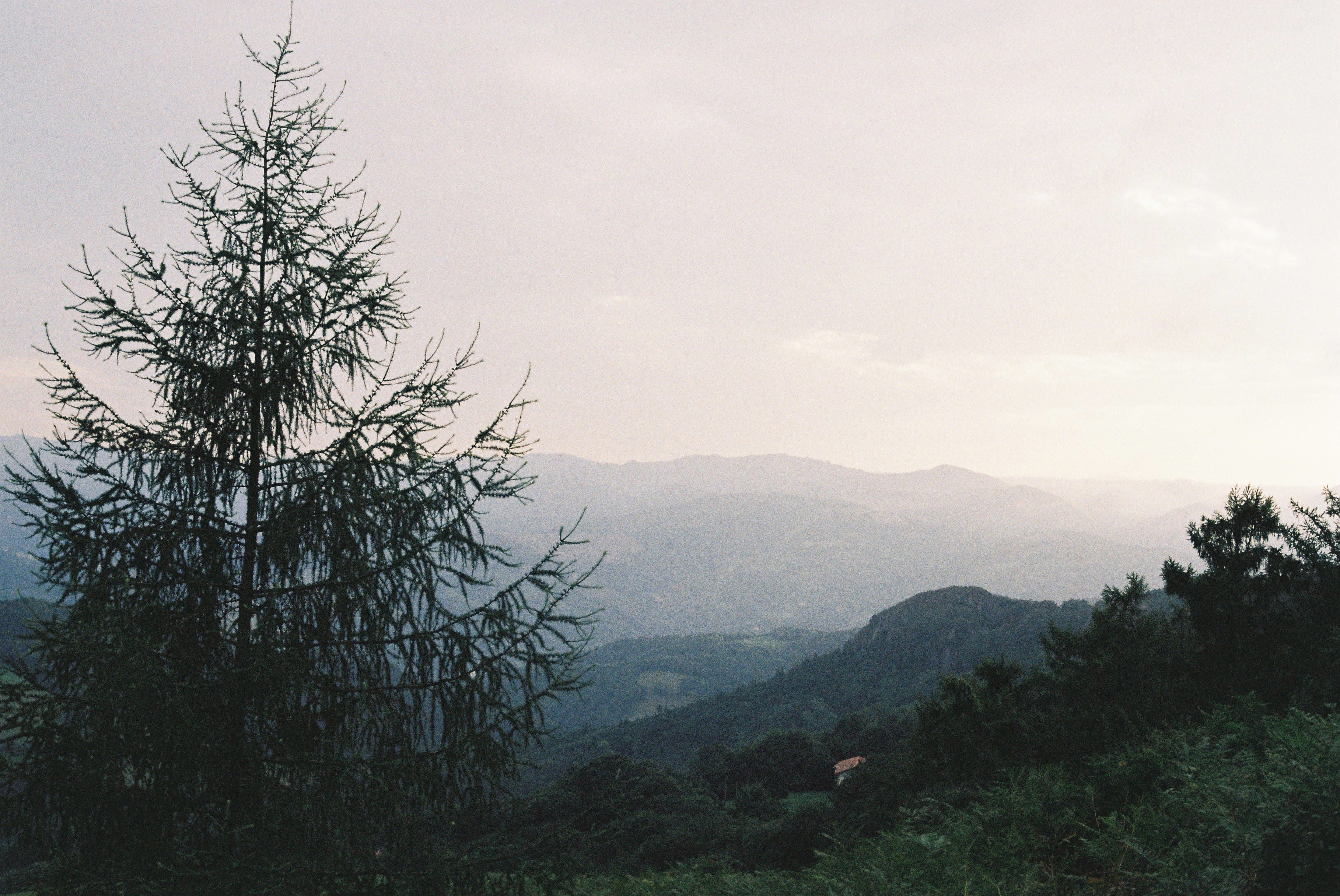 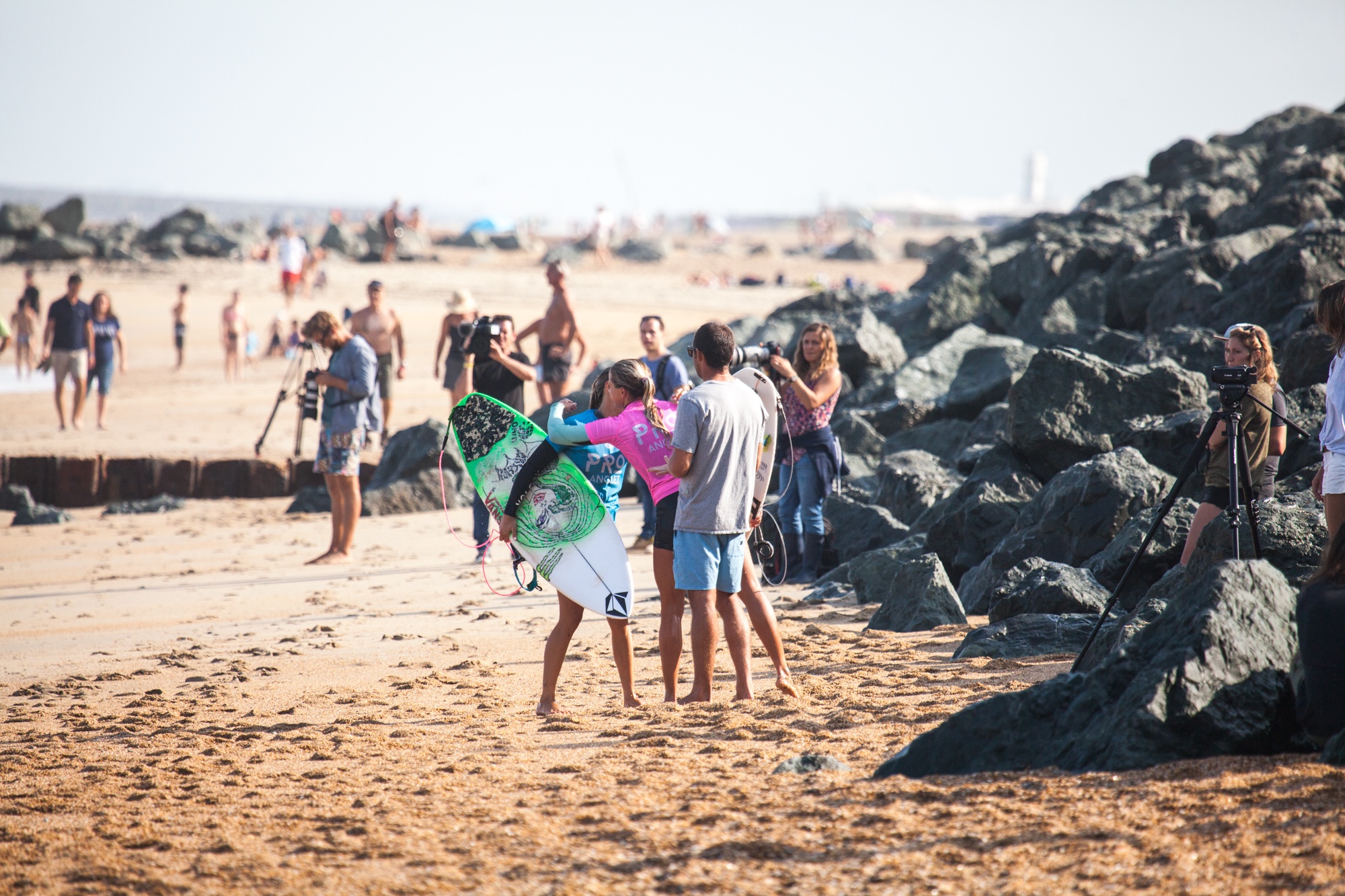 Maud’s home is a short walk from the oyster-filled, one km squared salt-lake, where summer barbeques and wood smoke fill the air, and deep within the plush Landes Forest. As we take a seat on the worn sofas out front, Joan Duru, Maud’s boyfriend and professional surfer, enters, along with Hawaiian pro-surfer Coco Ho. Both have been competing all day, but still seem energetic.

Duru was born in nearby Bayonne, a city still cloistered within its 17th Century ramparts, and now popular with French holidaymakers for the Musée Basque, and its surf schools, which Maud attended when she first moved here from Saint Martin.

Tomorrow we should skirt the busy centres though, Duru suggests, and head either to La Forest, a surf spot only accessible via the long hike through dense forest (“few visit the beach here”, he confides), or to catch the gorgeous sea view from the top of the mountain Larrun, which straddles the border between France and Spain. 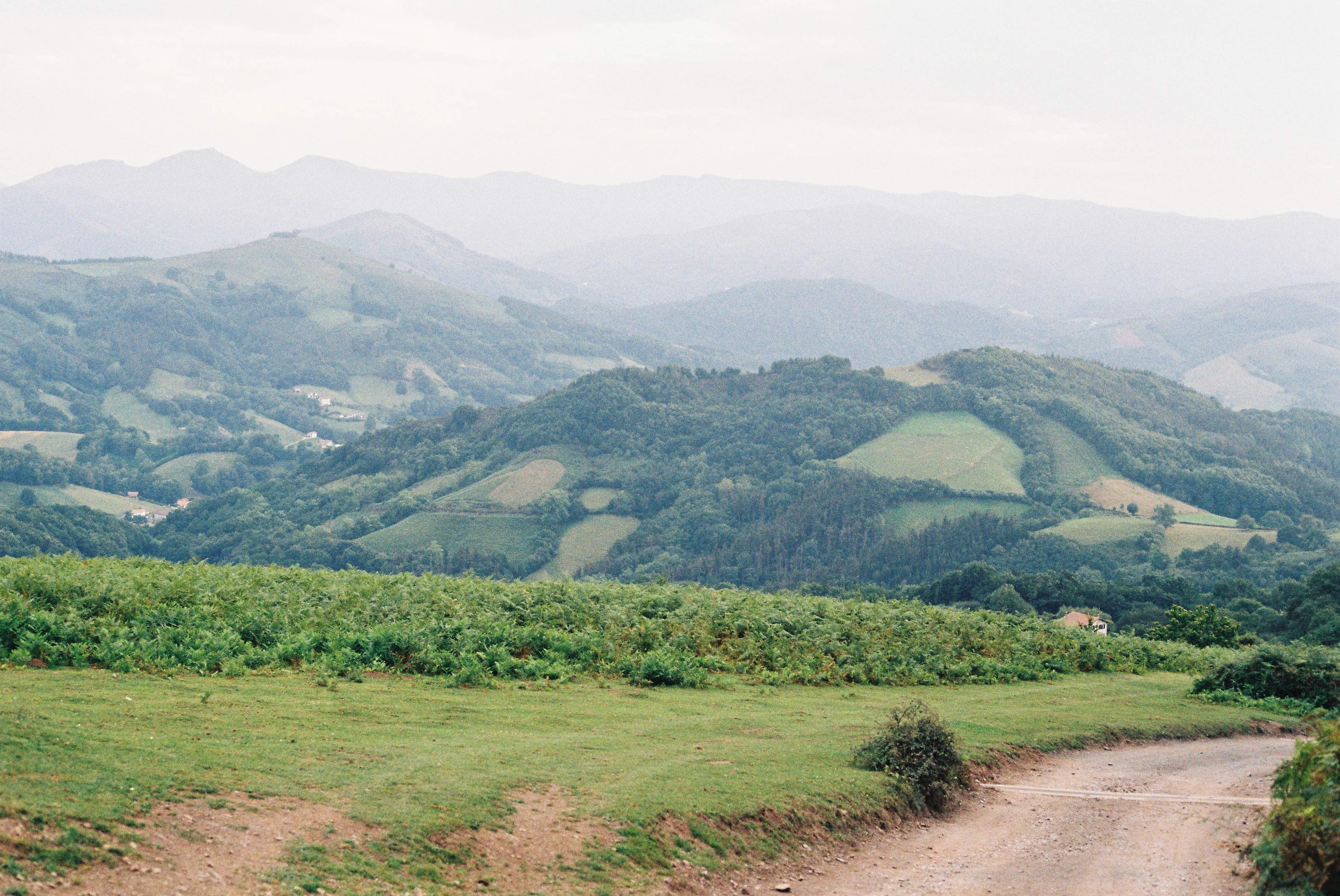 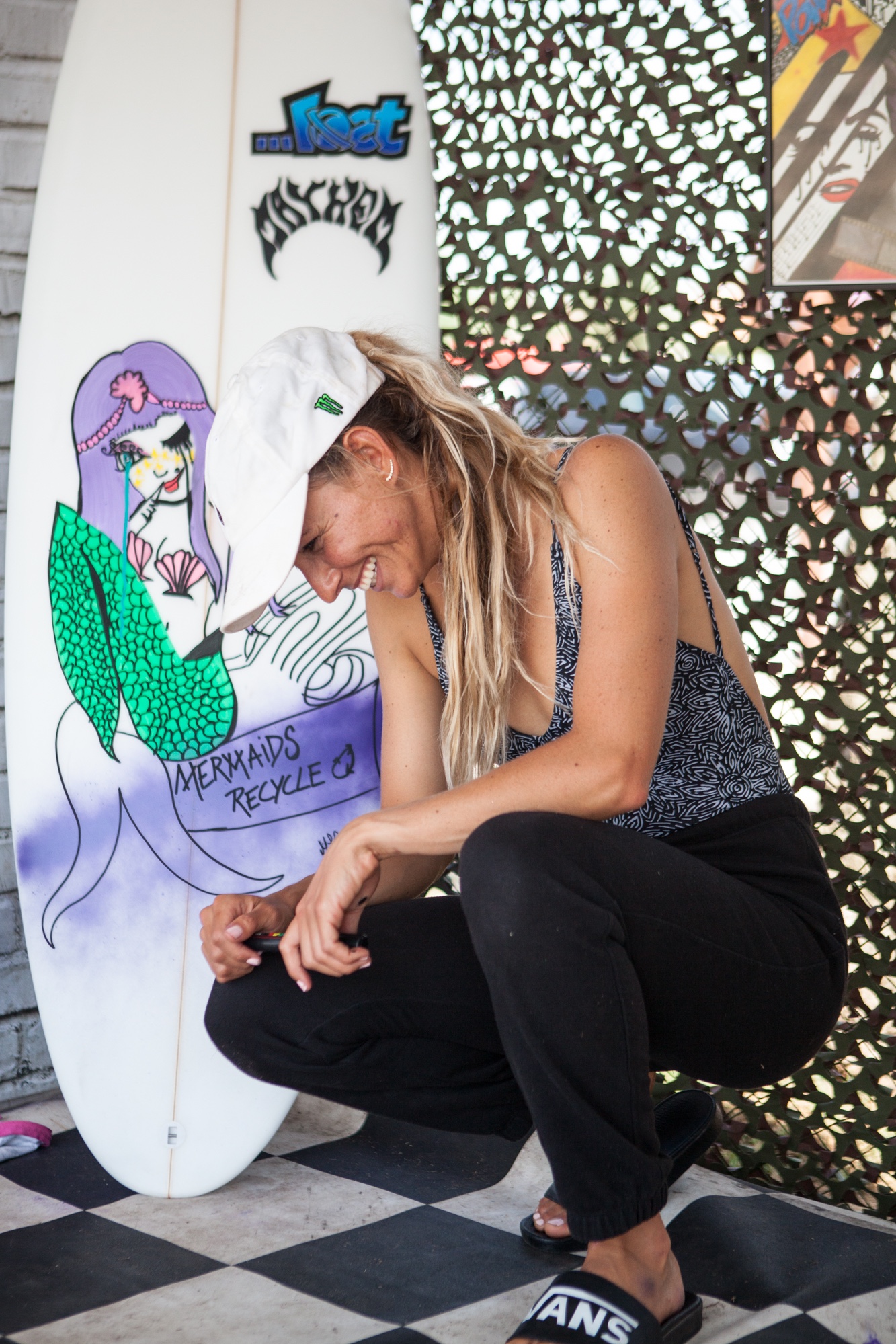 With the conditions not great for surfing the next morning we opt for Larrun, and though the 1920’s Petit Train de la Rhune runs up the mountain, we find that the summit can also be reached via dirt roads.

We drive most of the way up, passing families of earthy brown Pottok, a protected pony breed thought to derive from ancient Magdalenian horses, and beautiful little Spanish towns such as Bera, where Euskara becomes the dominant language, until we reach signs instructing us that it is safer to walk the final stretch.

These mountains have a sacred place in Basque mythology and are the home of the first serpent, as well as numerous stone circles and freshwater springs.

The rich green pine in the immediate foreground fades to grey as we look further out towards the Pyrenees, and towards the swell of the sea. “This is a great place to discover where the surf is,” Maud says.

Over in Anglet, the competition is winding down, and in a month or so, the beaches will be quiet for winter. But until then Maud and Joan will continue to haunt the lesser known surf spots along this coastline. 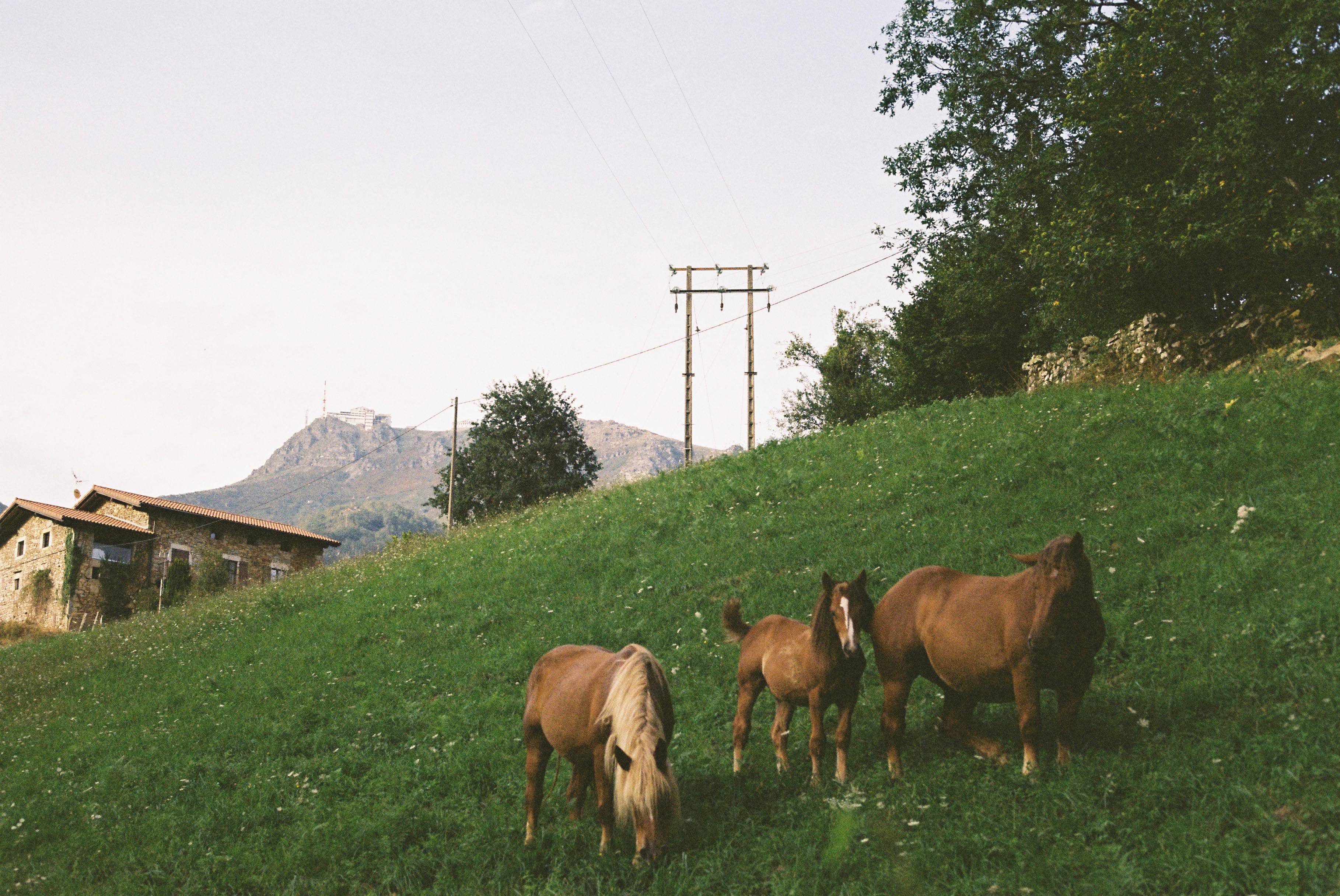 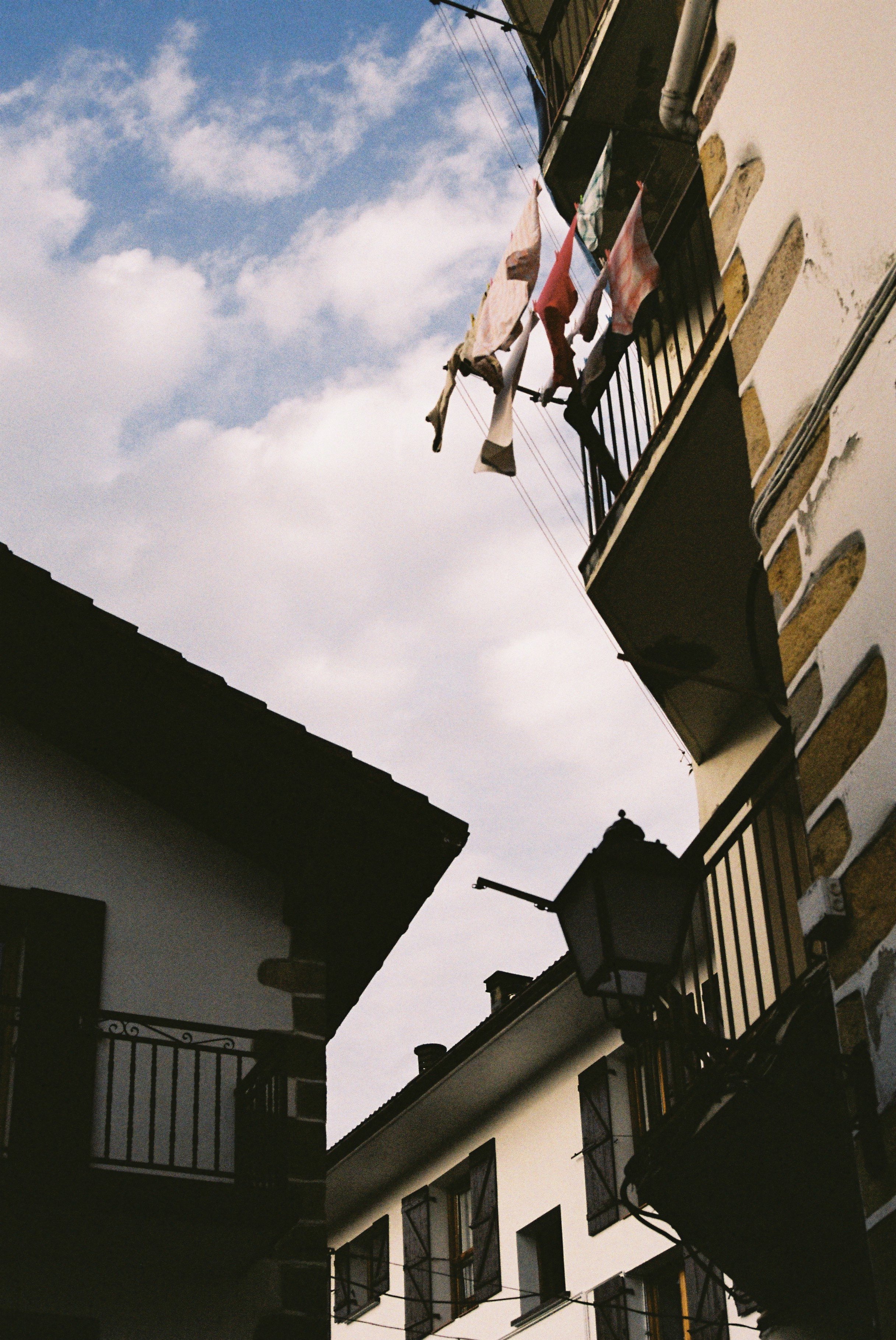 Linkedin
RELATED ARTICLES
OTHER ARTICLES
Photographer Arthur Grace recalls travelling through the Soviet Bloc and finding ways to evade the surveillance of his work.
Freddie Miller’s new series of photographs investigates who today’s trainspotters are and what drives their unfettered enthusiasm.
A new edition of a seminal book brings together iconic images of the band onstage in their full glory and backstage in moments of unguarded camaraderie.
With inflation now at a 40-year-high of 9 per cent, demonstrations organised by TUC took place to demand action from the government.
In the latest instalment of Photographers in Conversation, the chronicler of raves, protests and beyond explains why he’s drawn to such specifically visceral environments.
Yesterday queer activist group Lesbians and Gays support the Migrants staged a die-in at the Pride in London parade to protest the inclusion of police in the march reports Huck politics editor Ben Smoke.