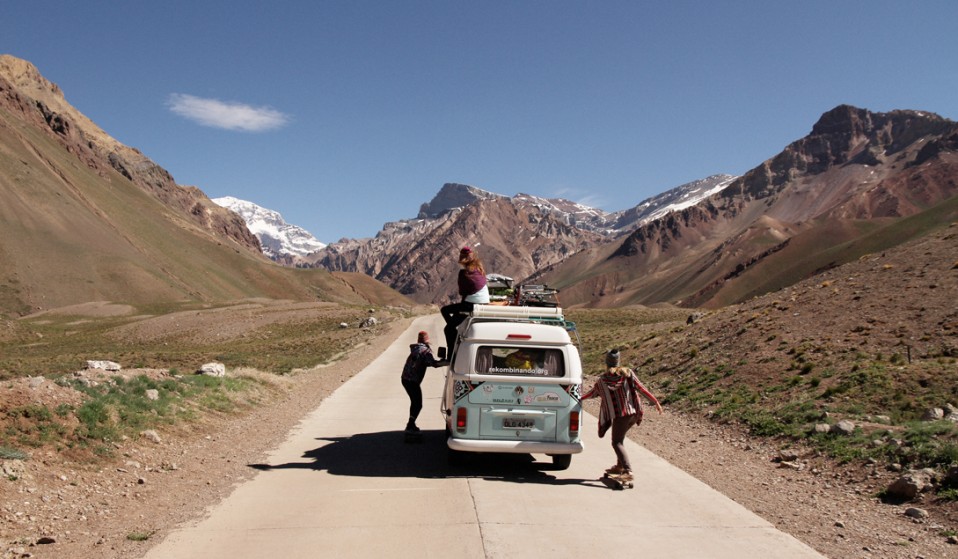 Years after her father and friends travelled across Latin America with just surfboards and a van, Antonia Wallig is reliving that journey with her own gang of four. Only this time, instead of riding waves just for the thrill of it, these surfers are determined to make a positive social impact along the way.

In 1976, four shaggy-haired surfers travelled on a nine-month adventure through the heart of Latin America. Driving their Volkswagen Kombi all the way from Brazil to California, the quartet covered 10,000km of open road and took every opportunity to perform the same sacred ritual.

They’d pull their brightly coloured boards off the van’s roof, break out of their tank-tops and bell-bottoms, then ride the crest of an azure coastline. They knew, even then, that this was the trip of a lifetime – generating the kind of tales that they’d never tire of telling. 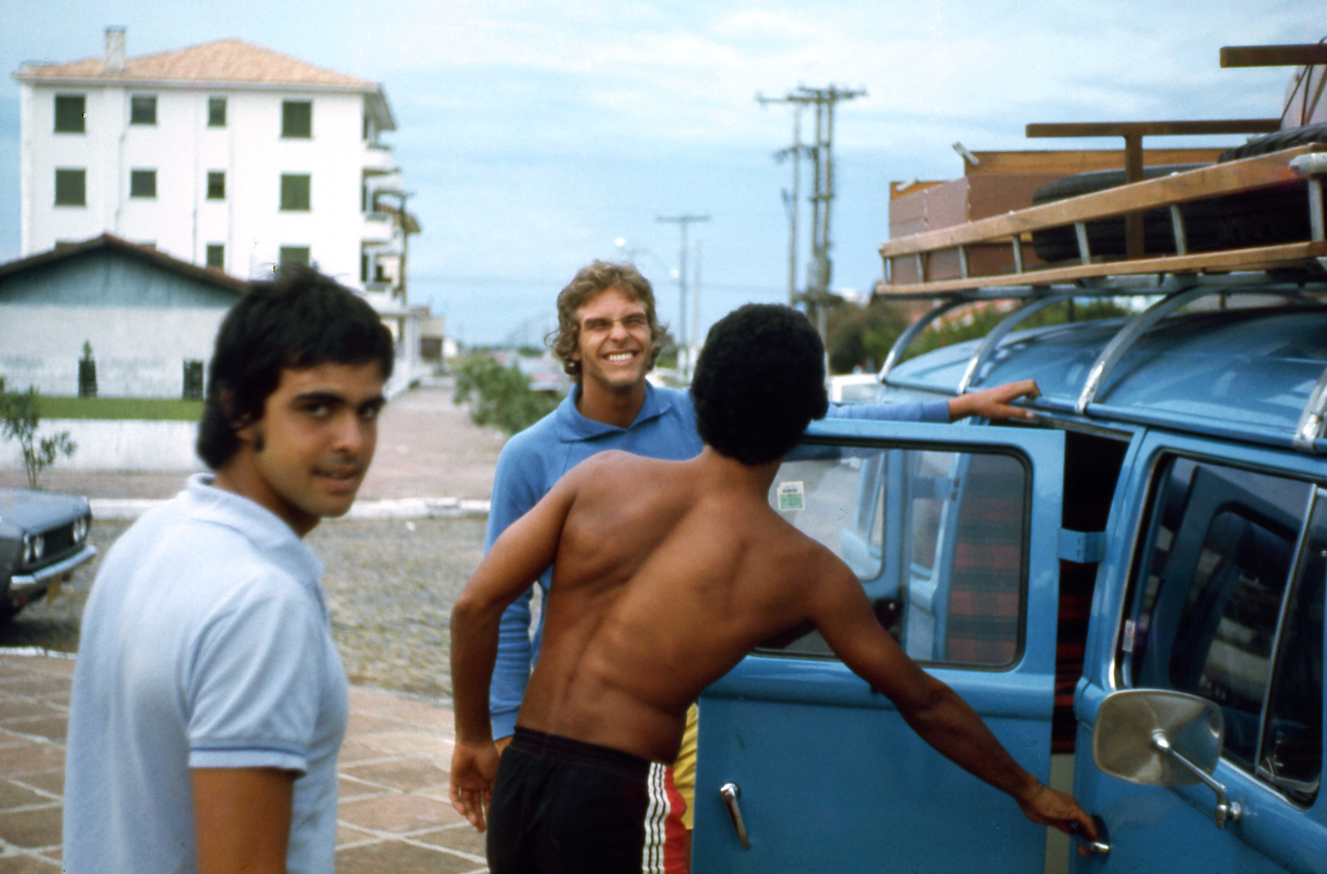 The original road trip in 1976. Photo by João Wallig. 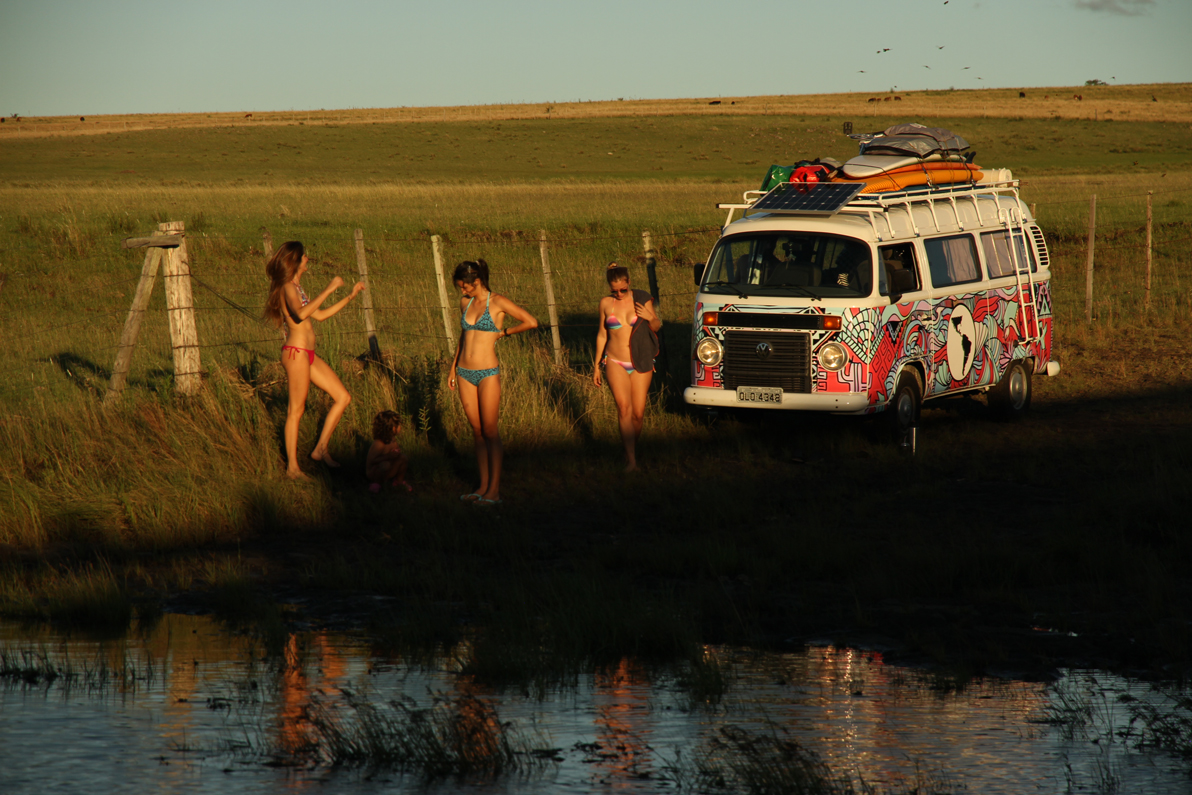 Antonia Wallig grew up on those stories. Her father João, who was one of the four surfers, would launch into an animated recital at the slightest opportunity – be it in the form of dinner-time banter or a bedtime story. His daughter heard them so often that it felt like they’d been there together.

So by the time she’d become an avid surfer herself, Antonia found herself basking in some second-hand nostalgia with two of her oldest friends, Christie Meditsch and Clarissa ‘Cissa’ Del Fabbro. “When I started telling the girls those stories,” Antonia remembers, “they were like, ‘Well, if they did that in ’76, then we can do it now.’” 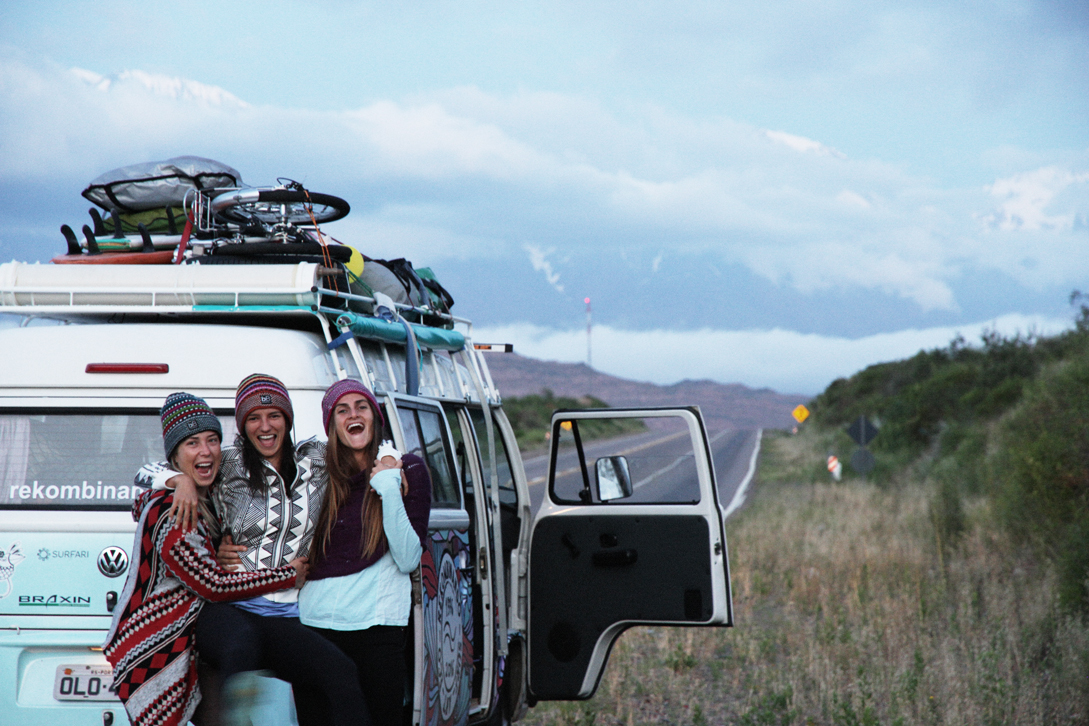 So in 2016, 40 years after the original adventure, the trio set off on the same route – snaking along stretches of open highway, camping beneath snow-capped mountains – with Gabriela, Cissa’s three-year-old daughter, taking up the fourth spot. They hit the road in another old VW Kombi – its baby-blue hue splattered with twisting decals in red and lilac – and are still going.

But this time the van serves as the base for a roving social project called ‘Rekombinando’ (which roughly translates as Kombi-ing). The idea is to make some sort of positive impact wherever they go, whether it’s hosting art workshops for kids with autism or tidying up polluted beaches in the company of other surfers.

Christie, a 33-year-old with lightning wit, works as an artist and graphic designer. Antonia, the “problem solver”, is a 33-year-old pedagogist who specialises in art and social projects. Cissa, the crew’s designated calming presence, is a 36-year-old eco designer who works in permaculture.

“We thought about how we could join all of the knowledge we have and use it in the communities we travelled to,” Antonia explains. “We always work with locals and help with their own strategies for environmental problems, education or community engagement.” 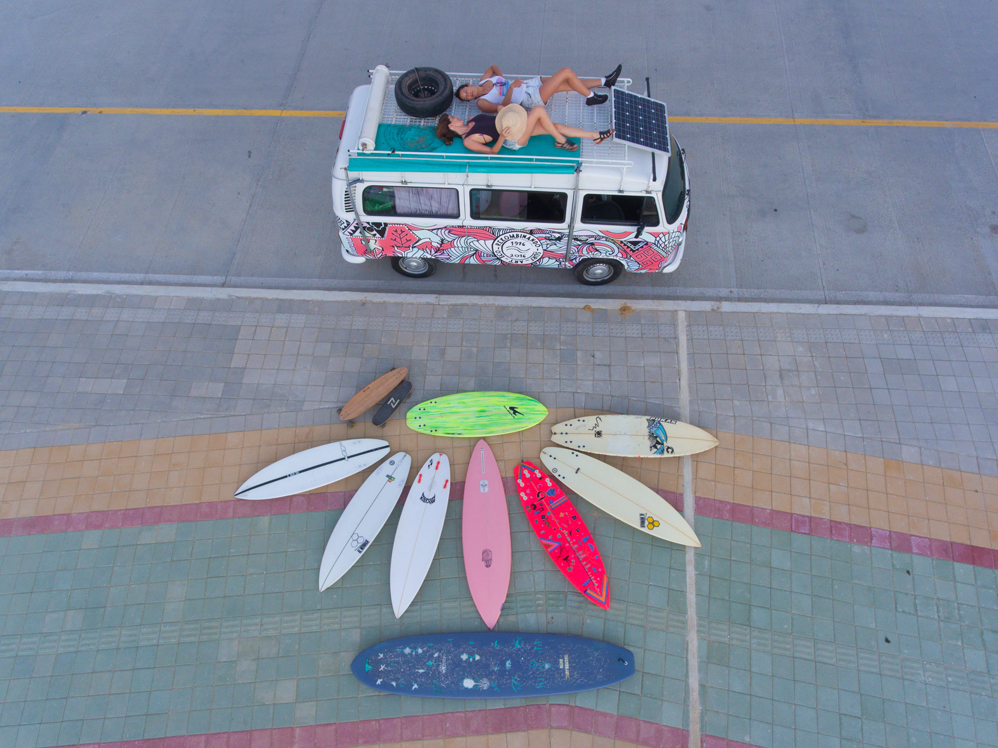 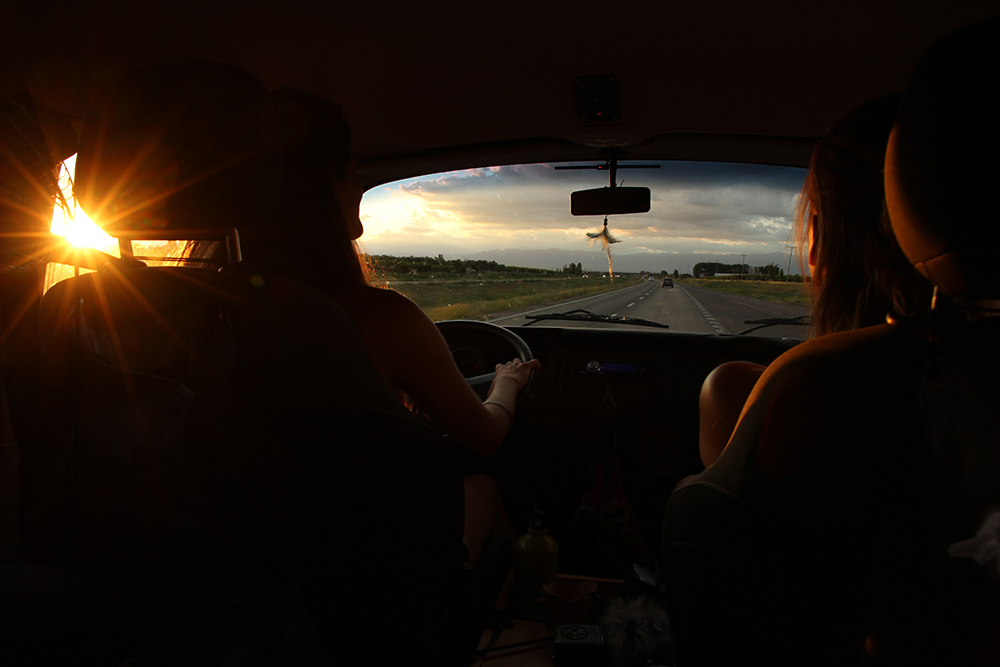 Splitting the journey into three different sections (“It was cheaper back in the ’70s!”), the route has taken them from Brazil to Peru (via Uruguay, Argentina and Chile) in 2016, followed by Peru to Colombia (via Ecuador and the Galápagos Islands) in 2017. The third leg, covering Colombia to the US, has just begun.

“We miss it when we’re not in the van,” Antonia admits, laughing. “Even little Gabriela dreams of it when we’re back in Brazil. We keep all the art material there, the things we use for workshops, the boards – it gives us the possibility of doing so many different things.” 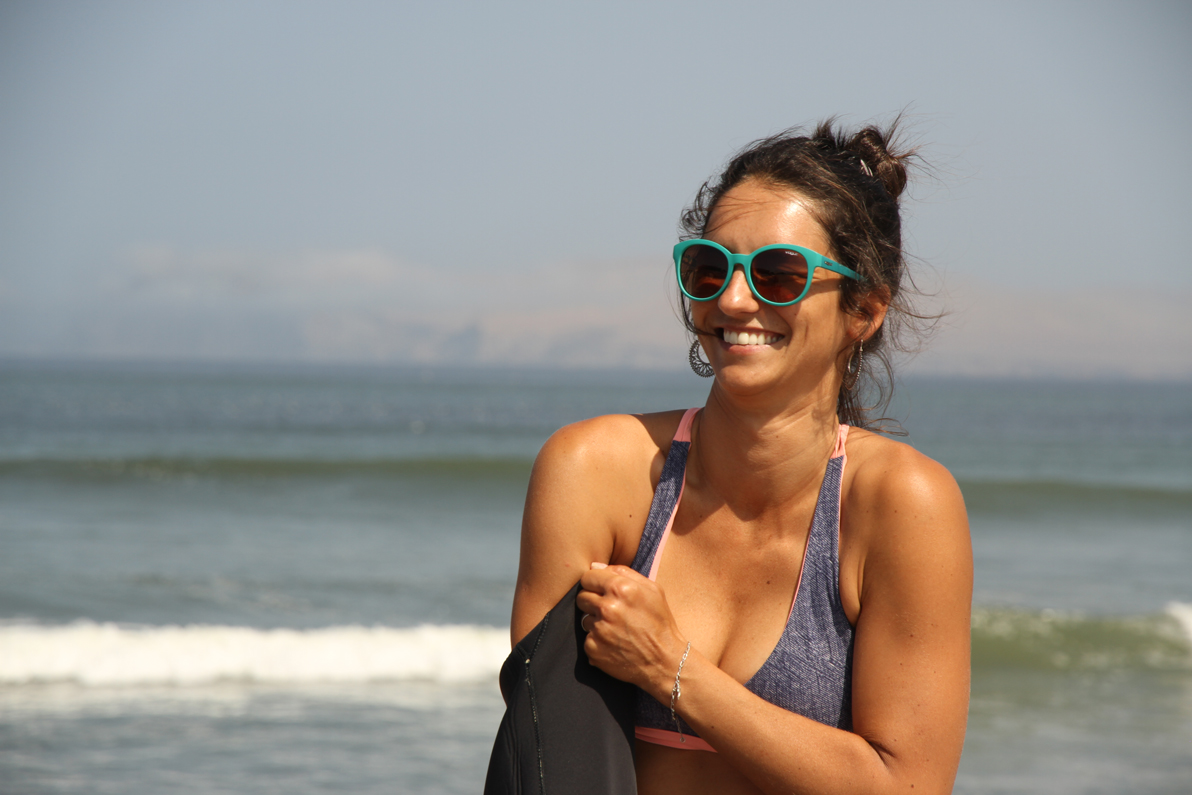 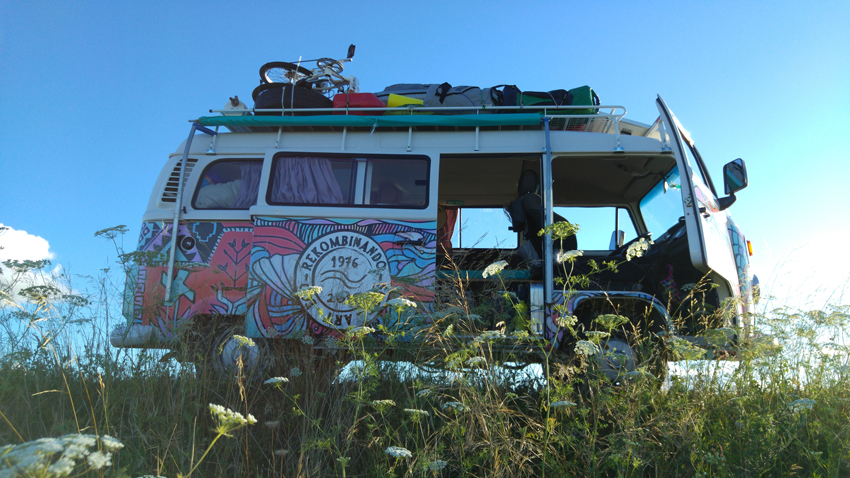 In Chile, they spent time with a surf school comprising kids from vulnerable communities, helping them build a vegetable garden. Months later, while hundreds of kilometres away, they received a picture of the children eating the lettuce they planted. Moments like that, Antonia explains, make this worthwhile.

At the centre of it all – “the motor of everything” – is surfing. Just as it did for João and friends (as old photos of them in their floral trunks prove), the ability to catch waves has sparked new connections at every stage of their journey.

“My dad used to tell me that the ocean is never the same, that every day is different,” says Antonia. “You have to learn how to observe and then enter at the right place – because you’re never going to catch the same wave again. That’s kind of what this trip is like.” 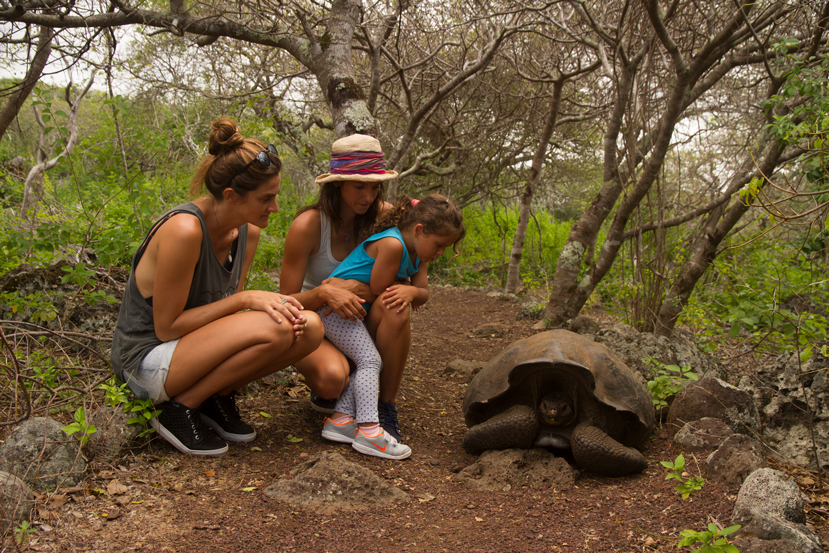 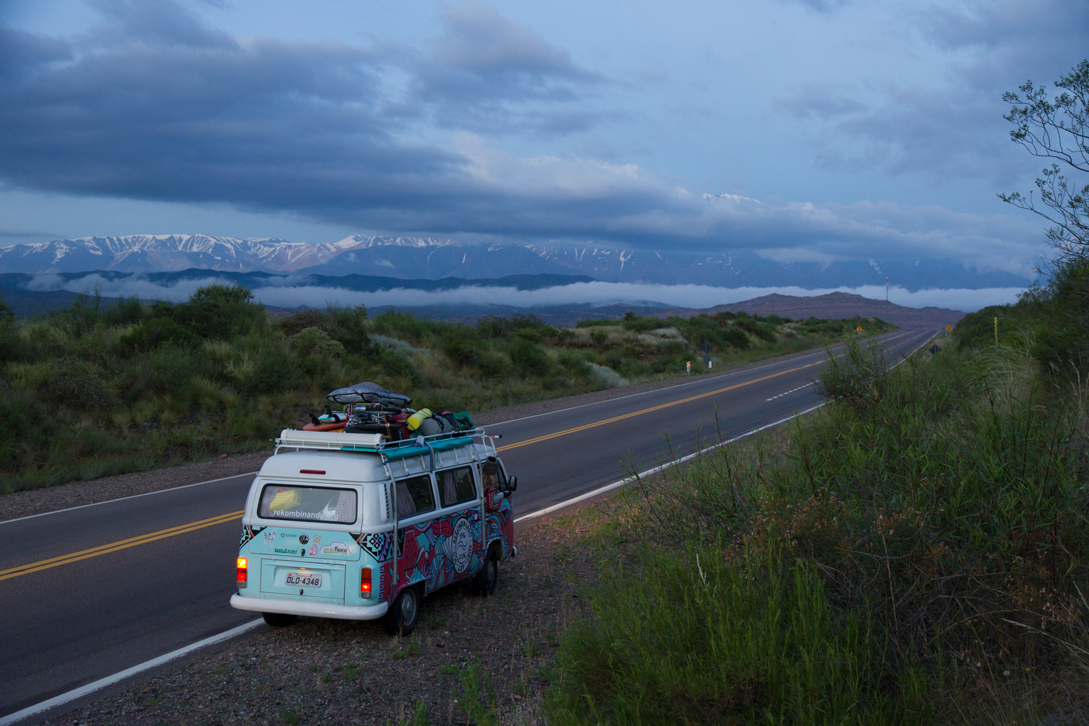 When the van reaches L.A., they plan to host an exhibition of photos taken along the journey as well as turning all their footage into a documentary. And this may not be the last time a Kombi makes the trip from Porto Alegre to California.

Forty years from now, a certain three-year-old will be a grown woman. She could easily decide to take another crack at the same route, writing a whole new chapter in the process.

“Gabriela will remember and the story will be passed on, just like when my father spoke to me,” says Antonia. “He always said, ‘Live your own story.’ I think the next generation, whoever that is, will do that. They’ll do it their own way.”

Linkedin
RELATED ARTICLES
OTHER ARTICLES
Thousands attended the annual event this year to wheelie through the city and call for ‘knives down, bikes up’.
Photographer David Corio’s archive offers a glimpse inside a revolutionary era of music and nightlife.
As the Scottish government announces a rent freeze, an activist with Living Rent who fought and won shares how they did it, and what must come next.
A 37-year-old woman shares how her abortion led her to become a clinic worker, and the abuse she’s received in that role.
A group of young Palestinians have found temporary freedom in the act of parkour, reimagining wreckage and ruins as a series of high-octane playgrounds.
Following the announcement of an 80% hike in the energy price cap from 1st October, crowds gathered outside the offices of energy regulator Ofgem to protest and declare their intention to undertake a payment strike.