Co-directors Ben Weiland and Chris Burkard lead a crew of the world’s best cold water surfers to explore the hostile coastline and unique culture of the Faroe Islands.

Co-directors Ben Weiland and Chris Burkard lead a crew of the world’s best cold water surfers to explore the hostile coastline and unique culture of the Faroe Islands.

Think of the Faroe Islands like the North Atlantic’s answer to the Pacific islands of Hawaii: a rocky archipelago sitting alone in the middle of the sea, buffeted by huge ocean swells passing by. Only, this isn’t boardies territory. The Faroes lie roughly halfway between Iceland and Denmark, a stone’s throw from the Arctic circle. Thick, full-body wetsuits are required to survive the freezing cold water. On shore, the climate is too harsh to support agriculture so the Faroese get by on a diet of mostly sheep and fish.

So, why did filmmakers Chris Burkard and Ben Weiland make the pilgrimage to these inhospitable islands, with surfers Dane Gudauskas, Justin Quintal, Sam Hammer and Tyler Warren in tow? The promise of never-before-surfed spots, incredible waves and a unique culture left largely disconnected from the rest of the world, proved too much to resist. 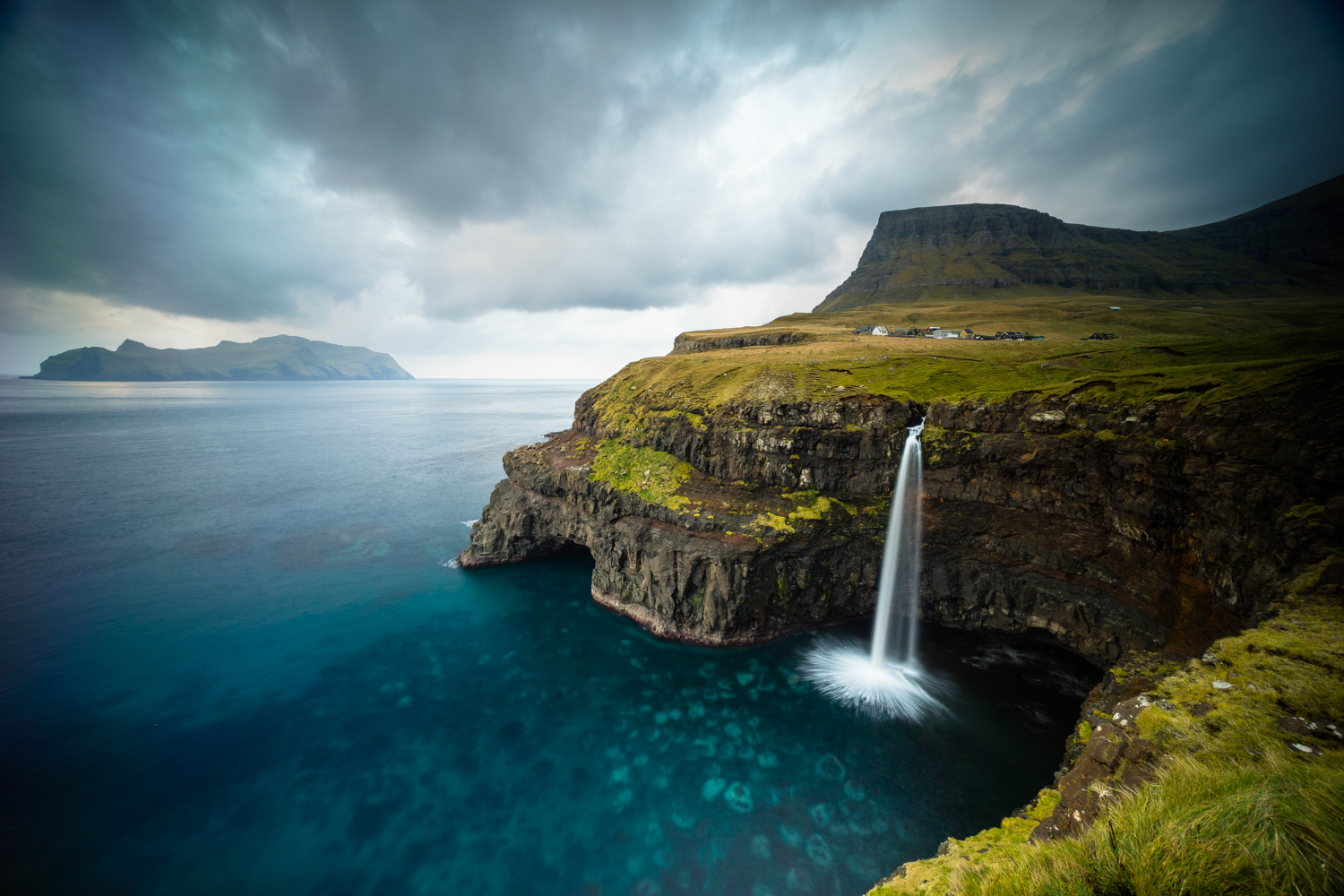 But it was no easy task. Faroes – the Outpost Vol. 02 documents their adventures and the challenges of surfing the huge waves that slam against the towering sea cliffs around the island.

The Outpost series is all about the search for unexpected and unusual spots in hard-to-reach and lesser-travelled corners of the globe. With a strong sense of discovery, it’s a story of the journey and culture as much as the stoke. Faroes follows Vol. 01, set in Russia’s arctic Kamchatka peninsula.

Huck spoke to writer and co-director, Ben Weiland to find out more.

How did your Outpost series come about?
When Chris Burkard and I planned the first film project to Kamchatka, Russia, we thought it would be interesting to create a series of short films about surfing and adventure in unusual, remote places. They’re places both of us are drawn to, and we loved the idea of carrying a consistent thread throughout the films.

When did the Faroes first come up on your radar? What attracted you to the islands?
Four years ago I was skimming around Google Earth when I spotted a tiny speck of islands near Iceland I had never heard of, and it turned out to be the Faroe Islands. I began looking for signs of surf, but the more I researched, the more I realised that surfing there was no easy task. The rugged landscapes and isolated location fascinated me. The place looked like it had been frozen in time for thousands of years.

How tough is it to surf the Faroes?
It is very tough. While some people think it’s crazy to surf in freezing cold water, I’d say the main surfing challenge was access. The islands are small and fragmented, walled by sea cliffs and slammed by gigantic North Atlantic storms. For us, looking for a place to surf was like scouring a maze. There were many potential spots to check, but it was time consuming and we came to a lot of dead ends. It took a lot of patience, and in the end we were blown away by the waves we found.

What’s the attraction in never-before-surfed waves?
To me it’s the idea of discovering something incredible that previously was not known. When I’m looking at a map, the unanswered questions draw me. There are a small number of breaks in the Faroes that had been surfed before, and we even heard of one Faroese resident who was a surfer, but within such a dense tangle of islands I couldn’t help but wonder what else was out there. 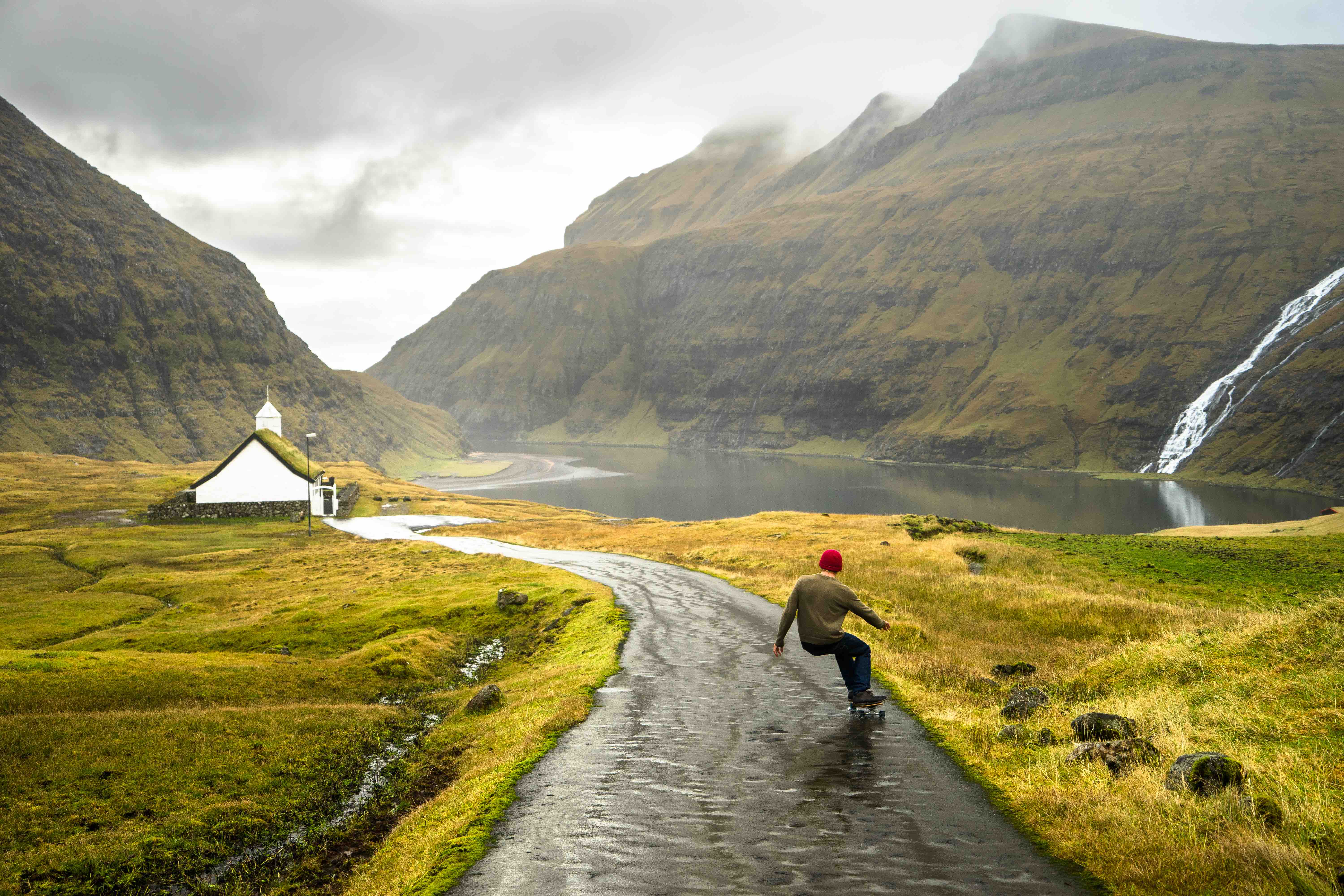 What’s your best memory from the trip?
While we walked along the beach at night to see if the surf was coming in, a local resident approached us in the dark and invited us into his house. He asked us to try fermented lamb meat which he had been curing for nine months in a shed behind his house. It was purple and coated in green mould. Both of us tried it, but we could barely keep it down.

Have you spotted anywhere for volume three of the Outpost?
I have a number of locations in my mind that I’m dying to explore, it’s just a matter of planning it out and seeing what is realistic. One of the difficult factors in visiting many of these places is isolation and weather. Because they’re in extreme regions, it allows only narrow windows of decent weather and surf. But that’s what makes it so compelling to me.

Check out Faroes – the Outpost Vol. 02 from XTreme Video.

Linkedin
RELATED ARTICLES
OTHER ARTICLES
The hate Just Stop Oil faced after throwing soup over a Van Gough painting has been immense. Here, they explain why it won’t deter them.
SOAS Detainee Support detail the appalling conditions they witnessed at the dangerously overcrowded immigration centre in Kent.
A campaign led by ex-torture survivors and refugee organisations has left the Tories with no planes left to carry out their callous scheme.
Planet Ardbeg is a 40-page sci-fi anthology created by three cutting-edge artists.
The Egyptian government are continuing the repressive mistreatment of environmental campaigners.
After voting to strike across England, prison teachers explain why they’ve been pushed to a breaking point.