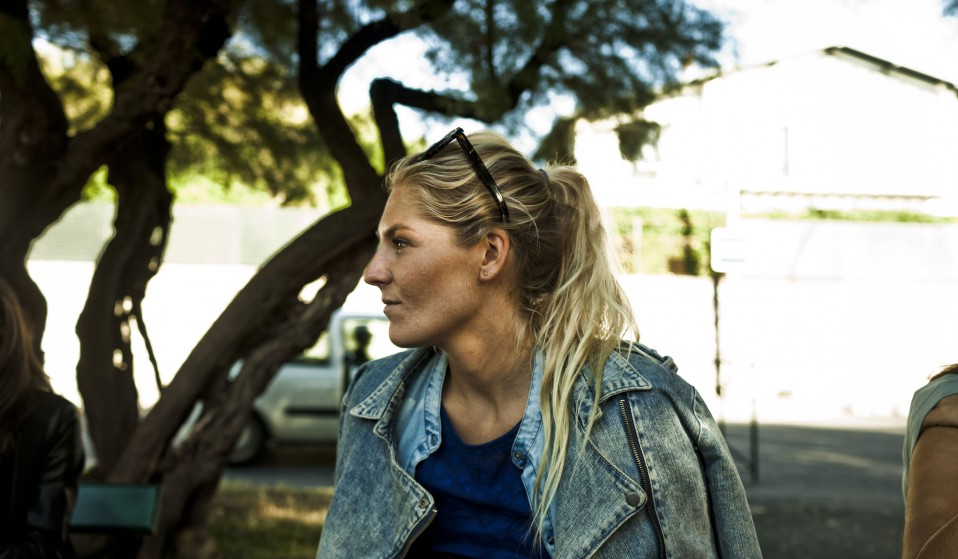 An exclusive insight into one of this generation's most inspiring sportspersons.

An exclusive insight into one of this generation's most inspiring sportspersons. Come meet Stephanie at Huck HQ.

Huck covered the Swatch Pro in Biarritz a couple of years ago and as we were interviewing the new wave of female talent coming through a common theme emerged: Steph Gilmore. Without exception, every girl on the World Tour that year described Steph as their main inspiration. It was extraordinary.

Often credited as pushing women’s surfing forward a few lightyears, Steph Gilmore, only now twenty-six herself, has been through more in her early twenties than most have been through in their lives. World Titles, iconic campaigns, collaborations, awards, Vogue editorials and big waves are all in a day’s work for Steph, but a vicious attack in December 2010 changed things dramatically for the surf superstar.

Stephanie in the Water – a sensitive, inquisitive and moving documentary of Steph’s meteoric rise and the ensuing rollercoaster ride – zones in on this important juncture in Steph’s story. Through unprecedented access to one of this generation’s most inspiring sportspersons, Stephanie in the Water gets under the skin of a world-class competitor and analyses the toll that can take on the individual.

With that in mind, Huck is excited to announce that we will be hosting an exclusive screening of Stephanie in the Water at our gallery 71a on October 10, followed by a Q&A with Stephanie Gilmore, director Ava Warbrick and editor Isabel Freeman.

Tickets are free and available from Eventbrite.

Linkedin
RELATED ARTICLES
OTHER ARTICLES
Stephanie In The Water documents five-time surfing world champion Stephanie Gilmore's battle to stay at the top of her game.
Dreamy filmmaker Nathan Oldfield captures French longboarder Margaux Arramon-Tucoo elegantly sliding and creating in Australia.
As Stephanie Gilmore races her way towards her sixth World Title we dig through the archives and discover how she's pushed surfing to new heights.
HUCK hung out with the ambassador of surf and caught a glimpse of her life away from the water’s edge.
When the World Tour kicked off in spring 2011, seventeen female surfers sent out a battle cry that signalled the birth of a new generation in women's surfing.
Stephanie Gilmore burst onto the ASP World Tour in 2007 and ended up walking away with the title. But where do you go once you’ve reached the top so young? Alex Wade tracked down surfing’s most venerated rookie in South West France to find out.