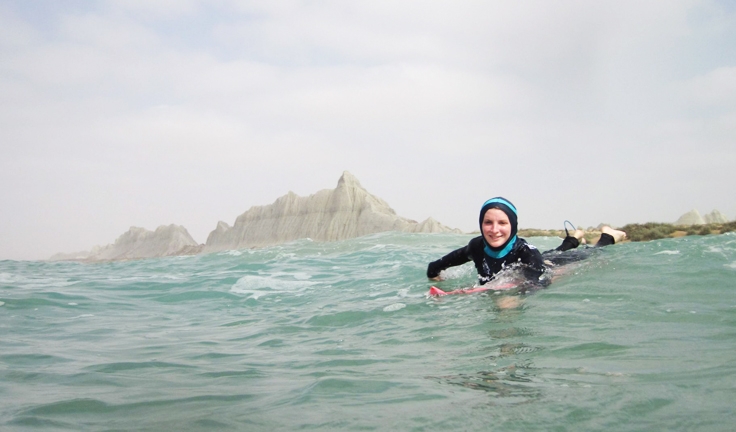 Surfing in Iran, the taboo of homophobia, the pitfalls of fame and more.

Surfing in Iran, the taboo of homophobia, the pitfalls of fame and more.

The London Surf Film Festival is back for the fourth year next week, October 9-12, and the line-up looks better than ever.

Always striving to deliver the most exciting and challenging surf-related cinema from across the globe, the London Surf Film Festival organisers have curated a subversive programme this year that asks some big questions of the culture and finds some extraordinary answers.

Here’s are some special features to watch out for.

Out In The Line-Up

A brave exposé on the homophobia taboo in the global surf industry and culture.

Stephanie In The Water

The turbulent journey of a young record-breaking surf champion that reveals the pitfalls of fame and success.

A sensitive documentary about the growth of surfing in Iran.

What The Sea Gives Me

A philosophical enquiry into the relationship between humans and the ocean.

Linkedin
RELATED ARTICLES
OTHER ARTICLES
Waves, sunsets and sweaty gigs in Byron Bay.
From Dogtown to the Moon via Sea World, Huck and our readers share the documentaries that changed how we see the world.
Custom motorcycle culture caught on 16mm, epic skiing with Buddhist teachings, an ageing skateboarder on downwards spiral and more in this year's celebration of the best new action sports films.
A bunch of funny, sad and surreal music docs that all turn the notch up to eleven.
Get inspired with the best surf films from the past year due to be featured in new Cornish festival Approaching Lines.
Demi Taylor, creative director of London Surf Film Festival, gives us the DL on organising a waveriding cine bonanza in the city.