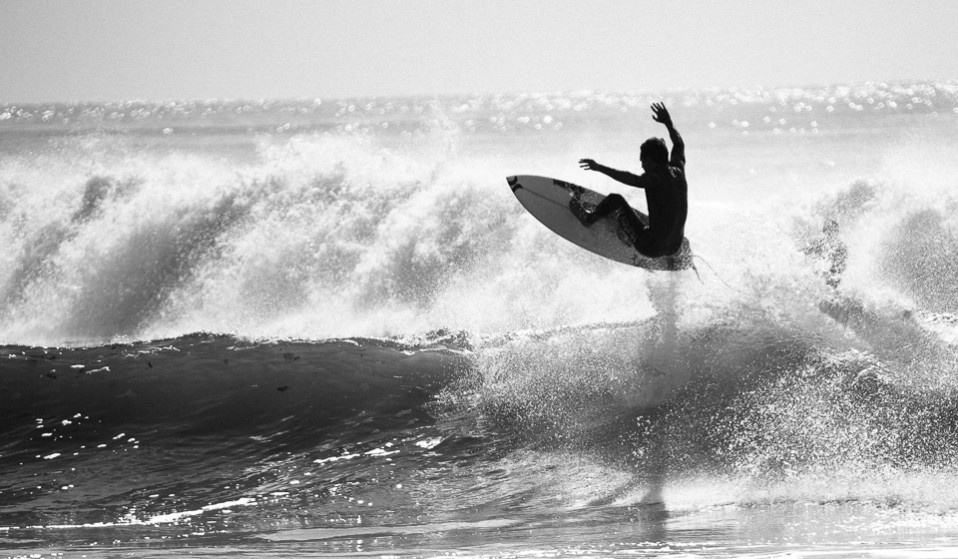 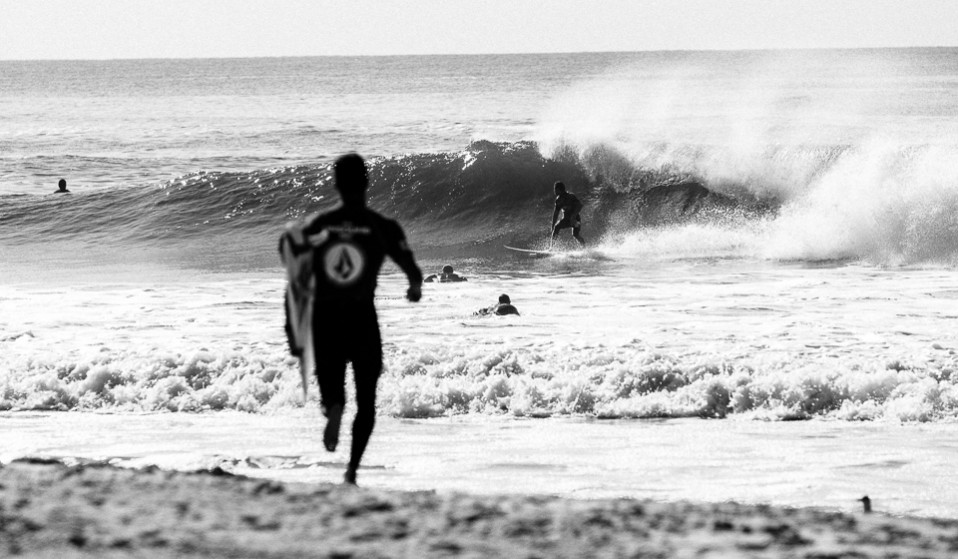 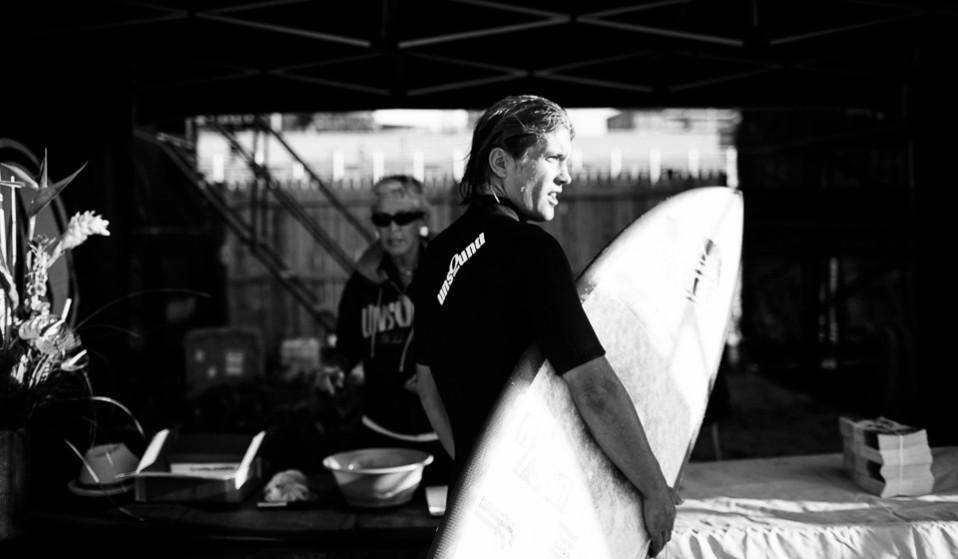 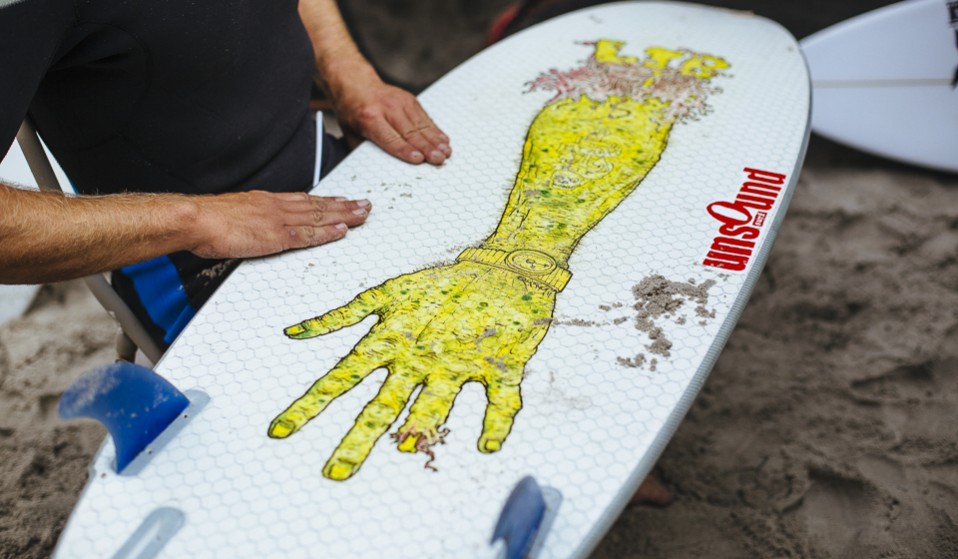 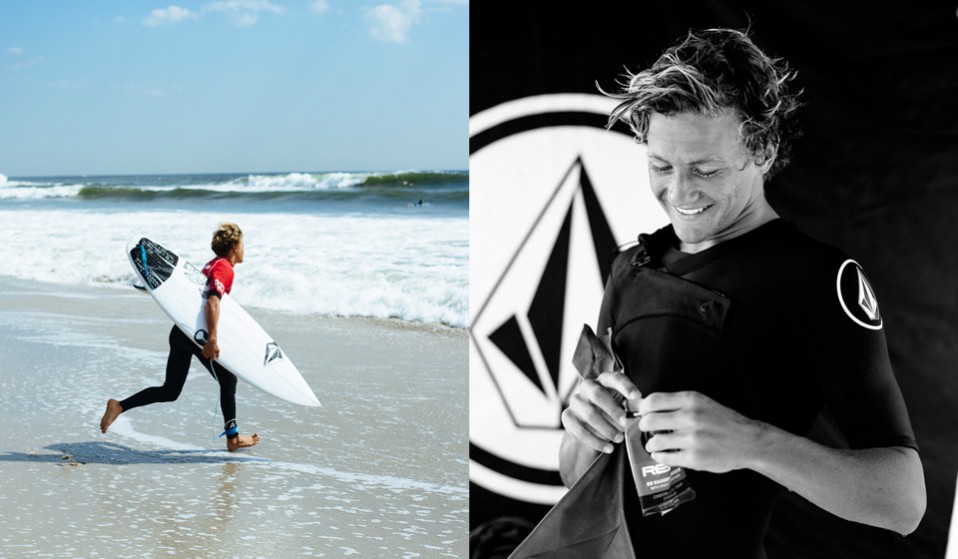 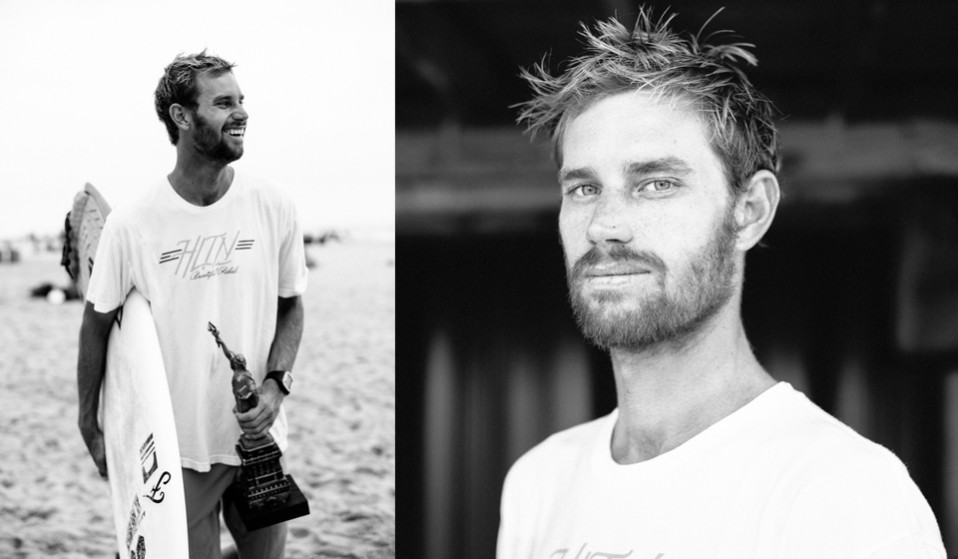 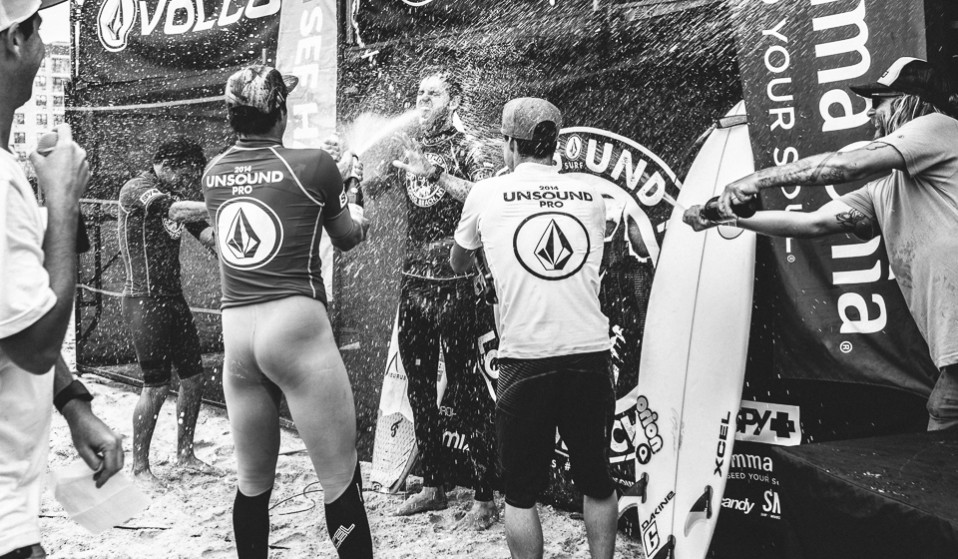 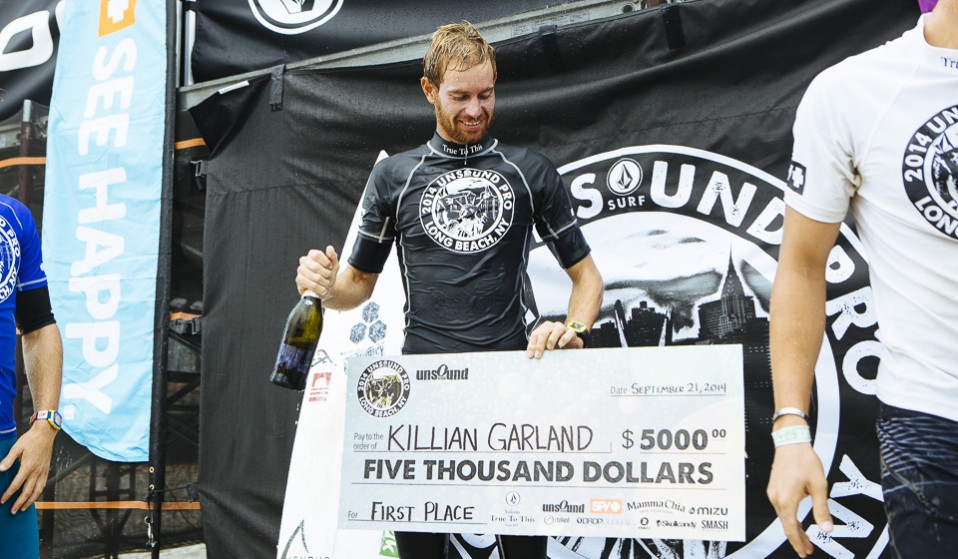 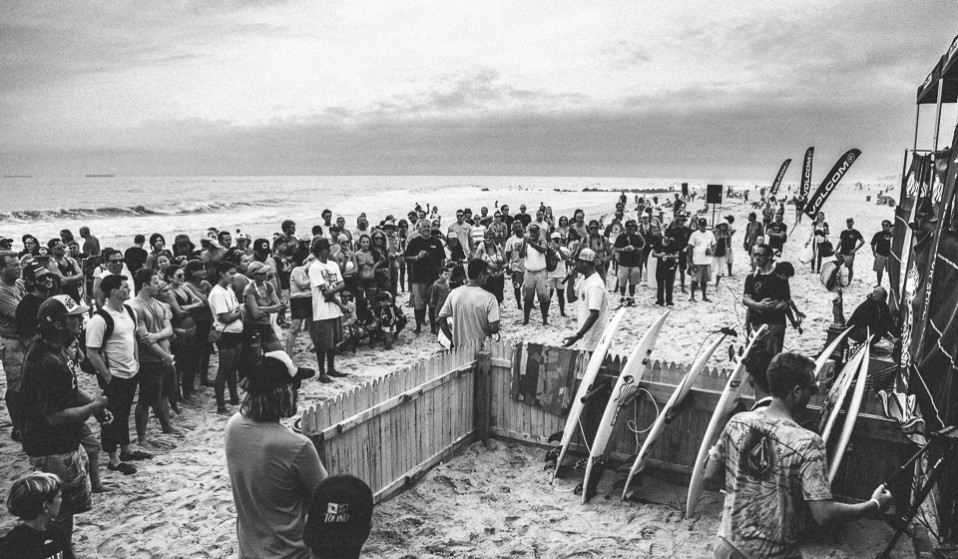 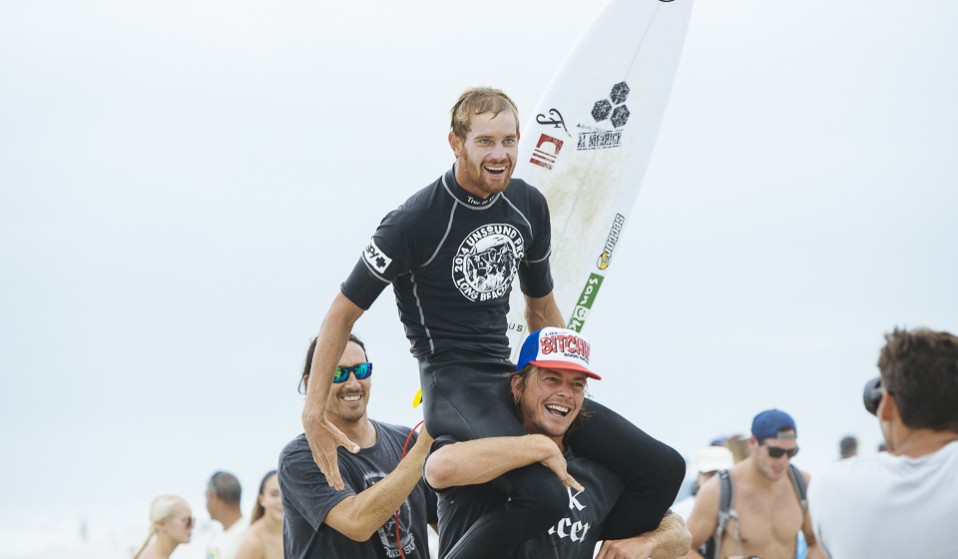 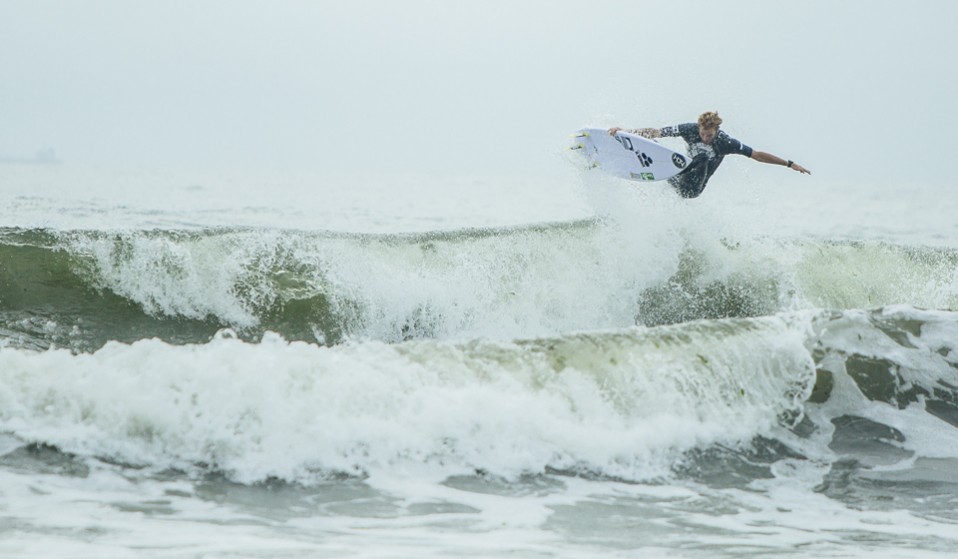 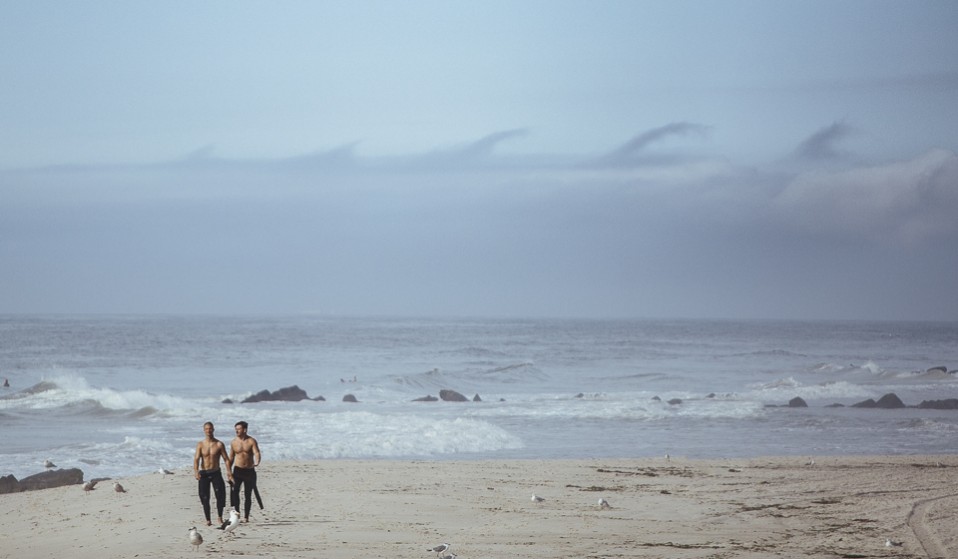 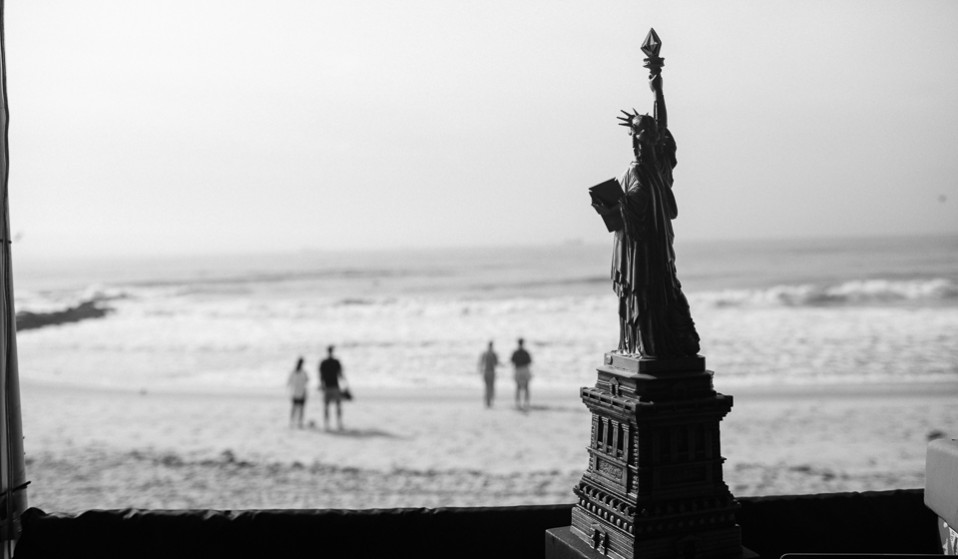 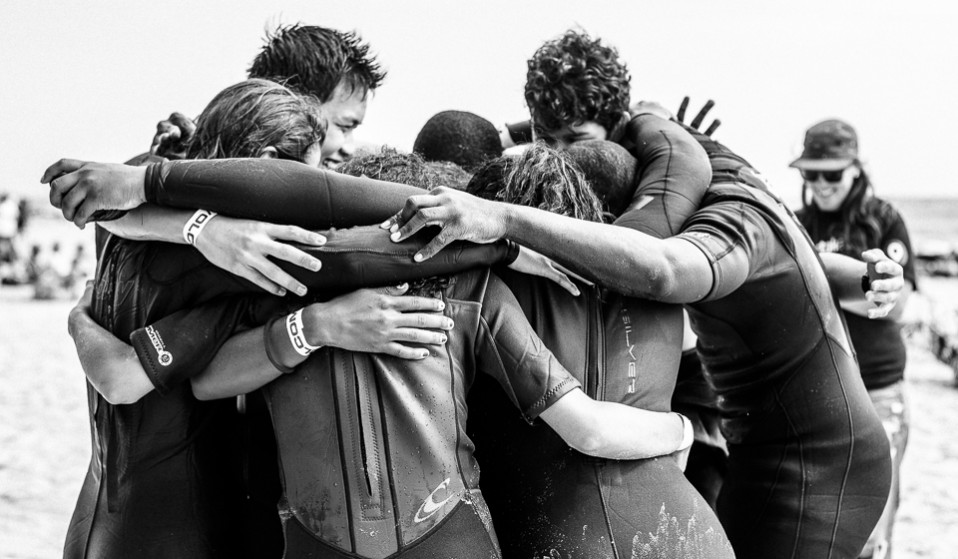 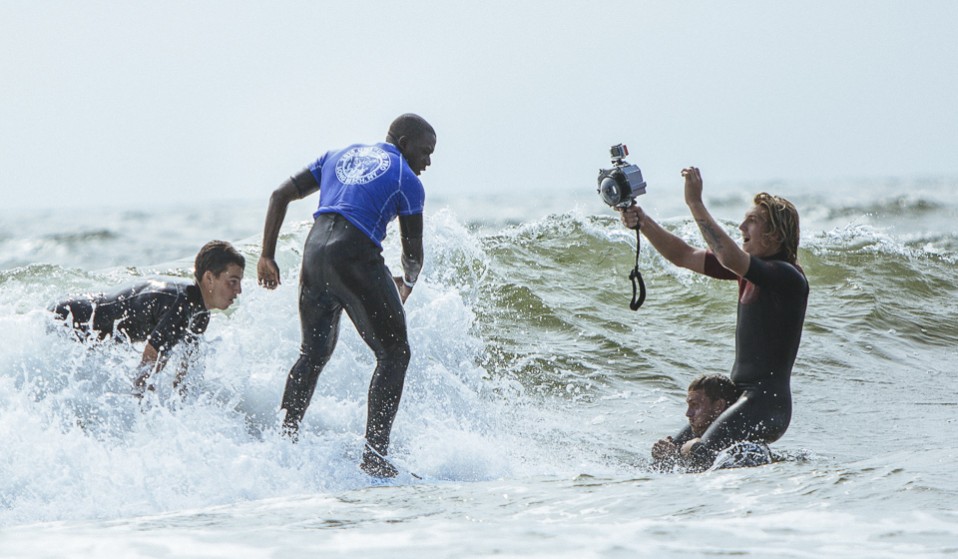 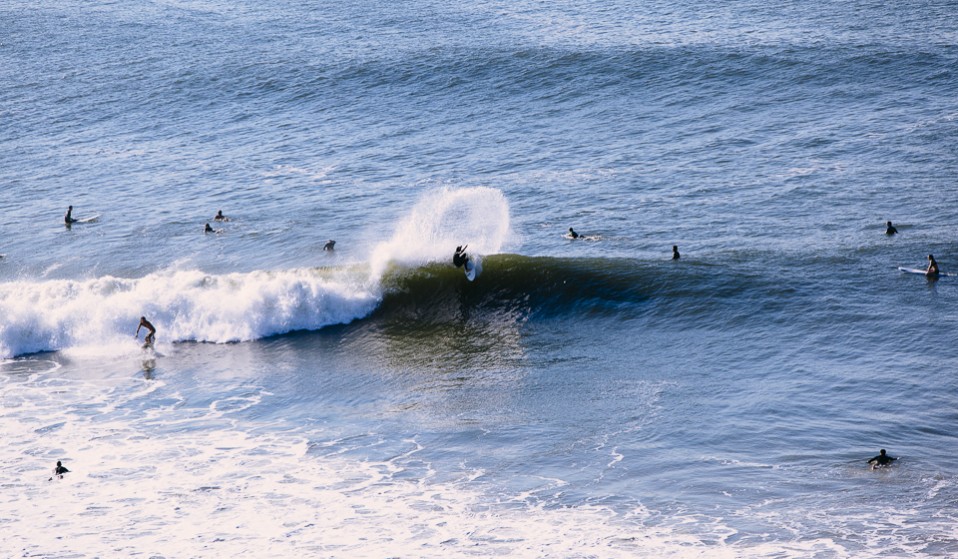 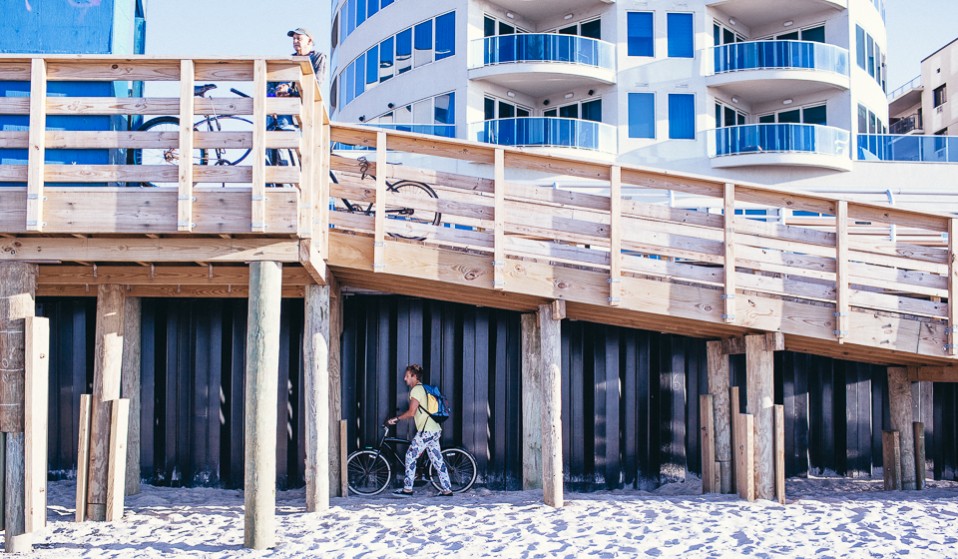 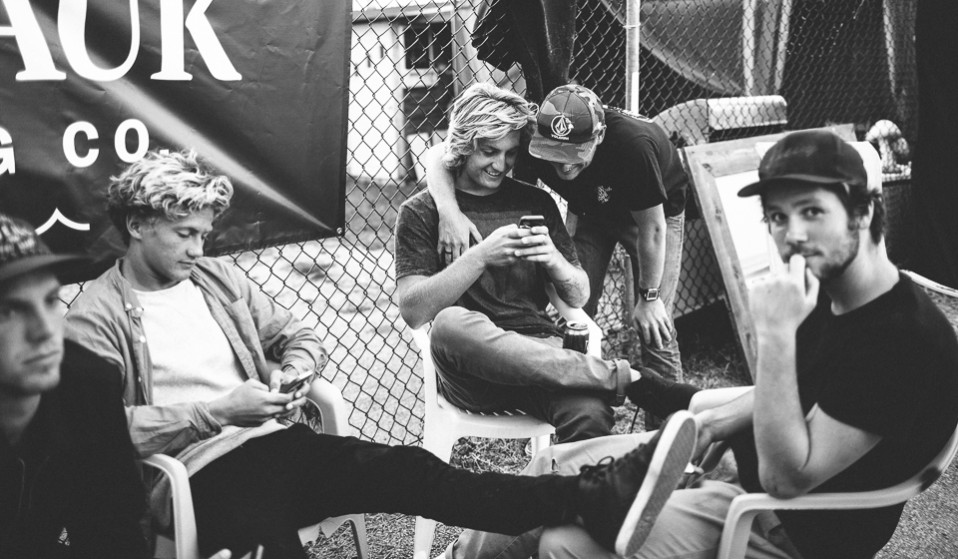 Professional surfing is alive and well in the Empire State. The 2014 UnsOund Surf Pro NY presented by Volcom descended on the shores of Long Beach, September 17-21, for another unrivalled display of progressive shredding that has established the event as an East Coast staple over the last 17 years.

On Tuesday, before the event proper kicked off, pros Pat Schmidt, Balaram Stack and Cody Thompson arrived the the Brooklyn offices of Stoked, a mentoring programme that teaches inner city kids life and business skills through action sports such as as snowboarding, surfing, and skateboarding. After an inspiring orientation at Stoked HQ, Pat, Balaram and Cody headed on to Brooklyn Latin School in Bushwick to speak with kids from the programme who would go on to own the surf on the second day of the competition.

En route to the Grouplove concert at Central Park in NYC later that day, we paused while Balaram threw down some tricks on his skateboard. Once inside, it didn’t take long before a burly security guard pulled him from the heart of the action after crowdsurfing his way around the venue. Later, hanging backstage with the band, Bal and Pat swigged from a bottle of cheap tequila with Andrew of Grouplove to put themselves in good state for a second night of carnage at Wednesday’s kick-off party at the UnsOund Surf shop, where the locals BBQ’d and Volcom showed their new feature //True To This on an outdoor screen.

Thursday saw the hallowed beach break of Lincoln Blvd. playing host to some solid waves on the first day of competition as tropical storm Edouard drove in head high surf most of the day. Surfers from the Caribbean, Hawaii, East and West Coasts got an early 8am start to begin three days of intense battling for the UnsOund Pro Trophy and $10,000.00 prize pot. Florida pro and former winner Jeremy Johnston’s crazy airs and fluid style earned him the highest heat total of Day 1, while New Yorker Leif Engstrom stomped to the highest wave score with 8.83 for a single full-rotation frontside air-reverse. Unfortunately the surf wasn’t so sweet on Friday and the poor conditions called for a time out and killed any chance of repeating Thursday’s full power sessions.

The kids from the Spy Optics X Stoked Mentoring Expression Session invaded the beach on Saturday to receive full VIP treatment – including hanging out, touring the event site and meeting all the athletes in the VIP section, before paddling out alongside Balaram Stack, Quincy Davis, Pat Schmidt, Noah Schweizer, Mike Gleason and Blake Jones, who pushed them into waves. As the other competitors, joined in – Cody Thomson, Jake Kelley and Kilian Garland – the whole beach felt the love.

On Sunday, the final day of the competition, local boy Balaram Stack and crowd-favourite came close but couldn’t quite pull it together to match a storming session from Killian Garland. With the surf dropping the Californian and East Coast regular posted two back-to-back 8’s in the first two minutes of the four-man final and bagged himself the top prize of $5000, as well as the Statue of Liberty-inspired trophy – possibly the dopest trophy in surfing.

Head over to Volcom for more info on the 2014 UnsOund Pro NY.

Linkedin
RELATED ARTICLES
OTHER ARTICLES
Last week, Tower Hamlets council removed its nudity-restricting licensing conditions in a huge win for London’s kink community.
Danny Burrows discusses his new series of images documenting an pacifist anabaptist community who lead an alternative way of life.
Students are being left to languish in unsafe housing, in some cases leading to serious health complications.
A young woman recounts her experience of being harassed by anti-choice campaigners as she was seeking an abortion in Glasgow.
One year on from the fall of Afghanistan to the Taliban, Tiara Ataii speaks to those who have been forced to make the treacherous journey to Europe for safety, and the barriers and horrors they have faced.
We introduce our series spotlighting the voices of people who’ve been impacted by anti-abortion laws and anti-choice protestors.