Outdoor / Surf / Is pro surfing at risk of a doping scandal? 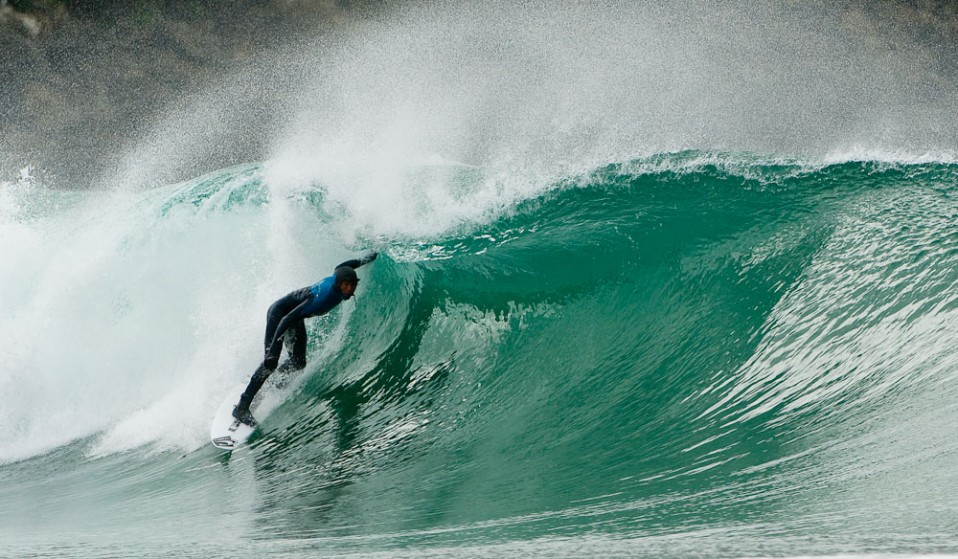 As allegations of state-sponsored doping rock athletics, it’s time to ask if pro surfing is doing enough to prevent the use of performance enhancing drugs?

As allegations of state-sponsored doping rock athletics, it’s time to ask if pro surfing is doing enough to prevent the use of performance enhancing drugs?

As the fallout from Dick Pound’s devastating report on Russian state-sponsored doping reverberates around the world, athletics (once again) joins the long list of sports whose reputations have been tarnished by drug scandals. Baseball, American football, swimming and even golf, have all been rocked by controversy in recent years. But perhaps the worst offender, cycling, is still struggling to regain trust almost two decades after the Festina scandal at the 1998 Tour de France. Doping culture had become so ingrained that cyclists staged a sit-down protest – not against dopers, but against drug testing. Cycling’s two decades of purgatory serve as a warning sign to other sports, but surely this could never happen in surfing?

Kelly Slater famously said there isn’t “a drug you can take to make you surf better.” Despite its laid-back, underachiever image, today pro surfing is serious business. There may not be a pill that gives surfers Slater-like abilities, but there are plenty of options available for surfers to boost their strength, endurance and recovery time. Slater suggested recreational drugs were a bigger issue for the sport, but as the pressure to perform grows, prize and sponsorship money increases, and fans expect ever-bigger performances, without a rigorous and trusted anti-doping regime, could surfing be sleepwalking into a situation where performance enhancing drugs become the norm?

Surfing isn’t like athletics or cycling, where simply bossing red blood cell count or muscle density can translate into better results. Surfing works on so many different levels: athleticism, yes, but also agility, style and more. Slater’s immense success is partly based on his shaman-like connection with the waves. You can’t teach that and you certainly can’t buy it in pill form.

But doping exists – and there are the positive tests to prove it. Way back in 2005, Neco Padaratz was caught using anabolic steroids at a WCT event in Hossegor and suspended from surfing. In 2011, Mark Richardson tested positive for marijuana. Although it’s not a performance enhancing drug (PED), the ISA stripped him of his Gold Medal in 2013. In 2014, Raoni Monteiro was banned by the WSL for using an as-yet undisclosed substance. So far, the cases of doping in surfing have been sporadic and isolated. Thankfully, there been no discovery of systematic abuse – at the team or national level – as in cycling or athletics.

The tragic death of Andy Irons in November 2010 exposed what had been an open secret within the sport: partying hard was part and parcel of the pro tour experience and cocaine, marijuana and alcohol were the drugs of choice. When asked about recreational drug use, Slater said: “There clearly is – absolutely. There’s no denying that, it’s rampant, it’s full-on.”

Since Diego Maradona’s on the pitch “experiments” with cocaine in the ‘80s, few have considered any of the three substances above to be performance enhancers. When there’s no performance advantage to be had, and if you believe responsible adults should have a right to alter their own consciousnesses, should sports’ governing bodies be responsible for the policing of its athletes’ social lives?

But athletes are role models, held to higher standards than average Joes. There’s widespread acceptance of the WSL’s alignment of their rules with those of the World Anti-Doping Agency (WADA) – which means recreational drugs are out.

Irons’ death was a complex mix of contributing factors: he’d been struggling with bi-polar disorder and a cocktail of prescription and recreational drugs were found in his system or on his person: Alprazolam, (Xanax) Zolpidem, (Ambien), cannabinoids (marijuana) naproxen (anti-inflammatory), cocaethylene (a product of cocaine and alcohol mixing in the body – linked to heart attacks in under 40s), methamphetamine, methadone, and cocaine. People close to Irons reported he had been in a bad place, and there was much soul-searching in the aftermath: should people have done more? A failed drug test could have been a warning sign that he needed help and support.

The WSL test randomly for both PEDs and recreational drugs. Today’s regime is much improved on 2010. Policy takes its lead from WADA’s guidelines and tests (urine samples) are examined at WADA-approved facilities. But as we’ve seen time and time again, regimes that appear watertight on paper, can in practice allow widespread wrongdoing. Many have expressed doubts testing goes far enough. The high cost and remoteness of some World Tour locations, such as Fiji where there is no lab to test samples, means there are no tests at some events. Steph Gilmore said she was not tested at all in 2012 and Kelly Slater had just one test that season.

The five month delay in WSL announcing Monteiro’s positive test and the less-than-full disclosure – we still don’t know what he took – suggest surfing is making the same mistakes we’ve seen before: attempting to protect the image of the sport at the expense of transparency and accountability.

The next generation of young surfers are killing it, like fourteen-year-old Noah Beschen and ten-year-old super grom Winter Vincent. They’ve been pulling off tricks well beyond their years and snapping at the heels of the current generation of pros. Their success isn’t down to PEDs: they’re raising the bar because they’re starting younger, training smarter and following in the well-worn footsteps of the greats who came before. However, forthcoming generations of surfers will face ever greater competition for the top spots and will have to contend with a public hungry for athletes to go higher, harder and faster. The temptation to dope can only grow.

Is pro surfing’s governing body, the WSL, doing enough? I really hope so. They need to be doing everything they can to ensure their anti-doping regime is comprehensive, transparent and credible. Nobody wants doping (or constant drug testing) to be a part of sport, but once negative cultures become established and athletes feel “everybody’s doing it”, it can be hard to put the genie back in the bottle. If fans lose trust in the performances they’re seeing, it breaks the magic and the awe we reserve for athletes. As other sports have learned the hard way, once trust is lost, it can take decades to win it back.

Linkedin
RELATED ARTICLES
OTHER ARTICLES
The curators of a new exhibition are hoping to shed light on Plymouth’s vibrant but often overlooked nightlife.
Wealth inequality and the rising cost of socialising is placing a strain on people’s relationships, reports Eve Upton-Clark.
50 years since its inception, and the campaign calling for recognition that capitalism depends on domestic labour is as pertinent as ever.
A new edition of a seminal book brings together iconic images of the band onstage in their full glory and backstage in moments of unguarded camaraderie.
In her new book, the author explores the country’s housing crisis in human terms and calls for radical action to address a broken system.
Photographer David Hoffman recalls documenting the extreme wealth inequality around Tower Hamlets and Hackney int the 1980s.