Outdoor / Surf / In Pictures: Surfing in snow on the East Coast 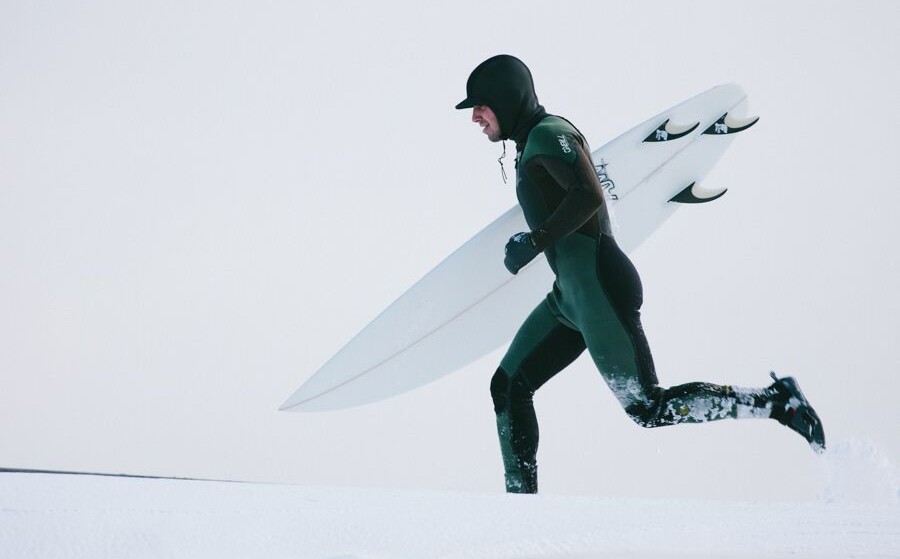 Brooklyn-based photographer Ryan Struck has been braving the wintertime waters of the Atlantic to capture the hardy surf crew there in full frozen mode.

Brooklyn-based photographer Ryan Struck has been braving the wintertime waters of the Atlantic to capture the hardy surf crew there in full frozen mode.

“No matter what, surfers surf,” says photographer and surfer Ryan Struck. For the last six years Ryan’s been braving his local beaches during the winter months to get his surf fix and capture the tight-knit community doing the same.

The resulting project, Surfing in the Snow, is a beautiful and surprising testament to the addiction of surfing and the strange places it can take you – the back of the line-up during a snow storm, for example. We caught up with Ryan to find out more.

Where are you from/where did you grow up?
I’m from New Jersey originally. It’s where I grew up, went to school and where I like to shoot most. I moved to Brooklyn to be closer to the photo and filmmaking industry as that is what I do full-time. Brooklyn is a newfound wealth of knowledge and great people whom I consider friends and colleagues. I didn’t attend film or photo school, but I am finding a tremendous education being on set with so many people I respect.

How did you get into cold-water surfing?
I first got to paddling out on a surfboard in college with a good friend of mine. We surfed summertime swells and I eventually caught the bug and started donning neoprene to stay warm during the chilly months. The East Coast’s best season for waves are September to April, right smack in the middle of that season is the dead of winter. Freezing cold, snow storms and water temps in the mid-’30s are no joke. Looking back, I guess I was just so inspired to make an interesting surf photo I didn’t think twice about how cold it was, you just suffer through it (and drink lots of hot tea). The best images are made when the best waves arrive, and that is usually on either side of a snow storm. 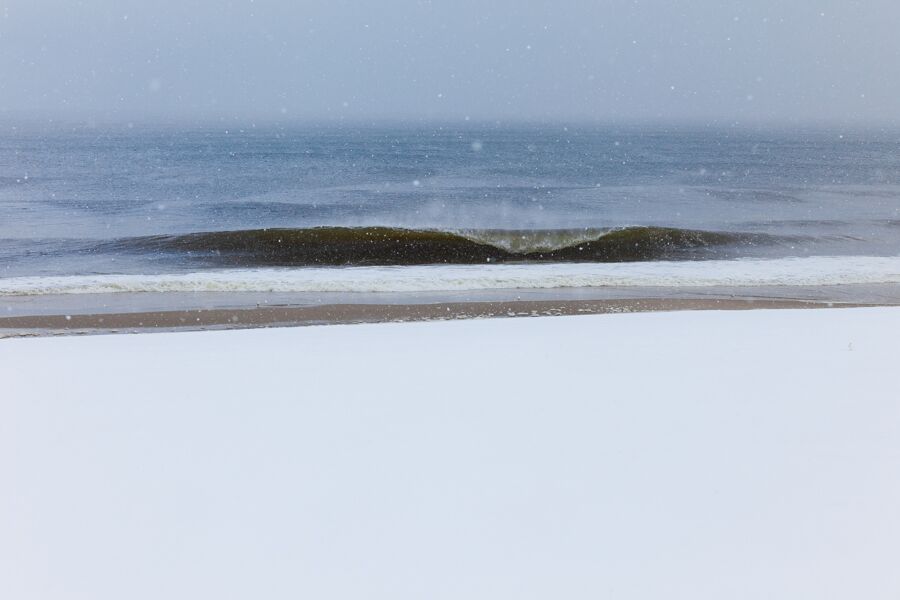 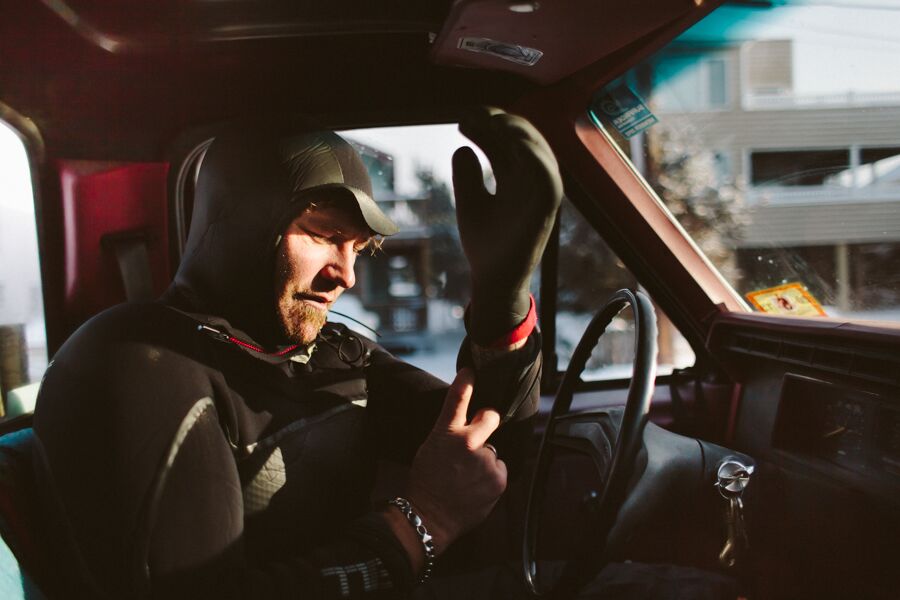 What’s the pay-off for withstanding the harsh conditions?
The split seconds of clarity you achieve among the freezing cold rollers. There’s something about being in the wash, push and pull of the tides that stimulates all senses. My mind clears and I’m totally present, nothing matters outside my peripheral. 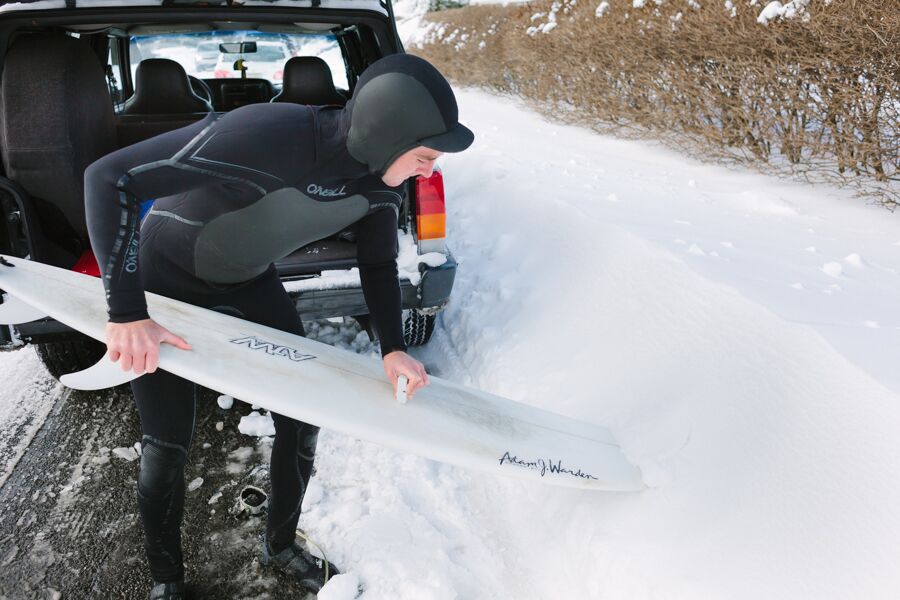 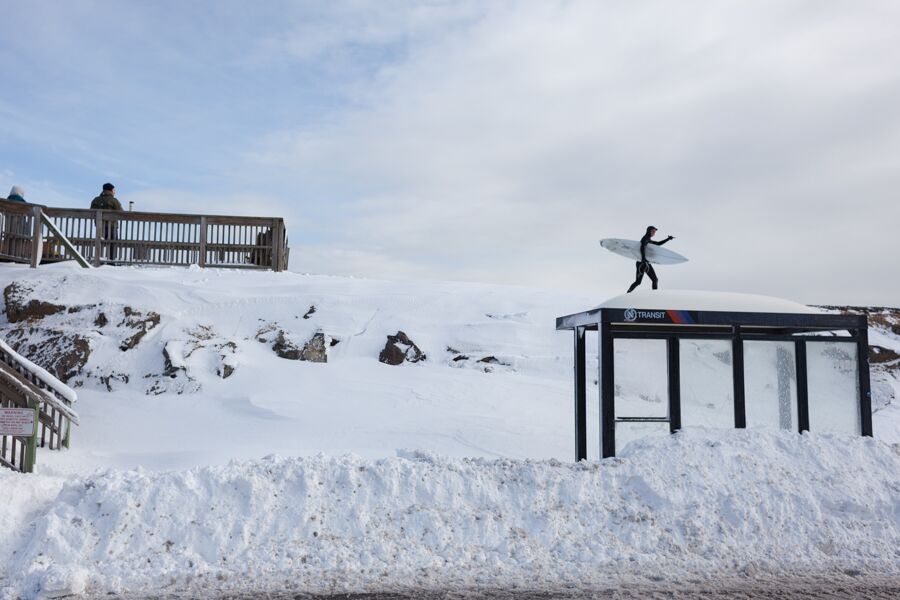 How’s the cold-water surf community different to their tropical siblings?
I wouldn’t say it’s any different. The only thing separating most cold-water surf zones with warmer waters is consistency. The Pacific Ocean generally sees way more surf than anywhere on the East Coast. The thing is Jersey, OBX and Cape Cod see world-class waves a few days out of the year and if you miss a swell event, it definitely stings.

What’s the worst conditions you’ve ever surfed?
In 2010 we had an awesome day of waves with negative degree wind chill and 36-degree water. It physically hurt to face into the wind, the water was frigid and my swim only lasted a bit over an hour. I was definitely under-gunned wearing only a 5mml wetsuit, hood, boots and gloves! 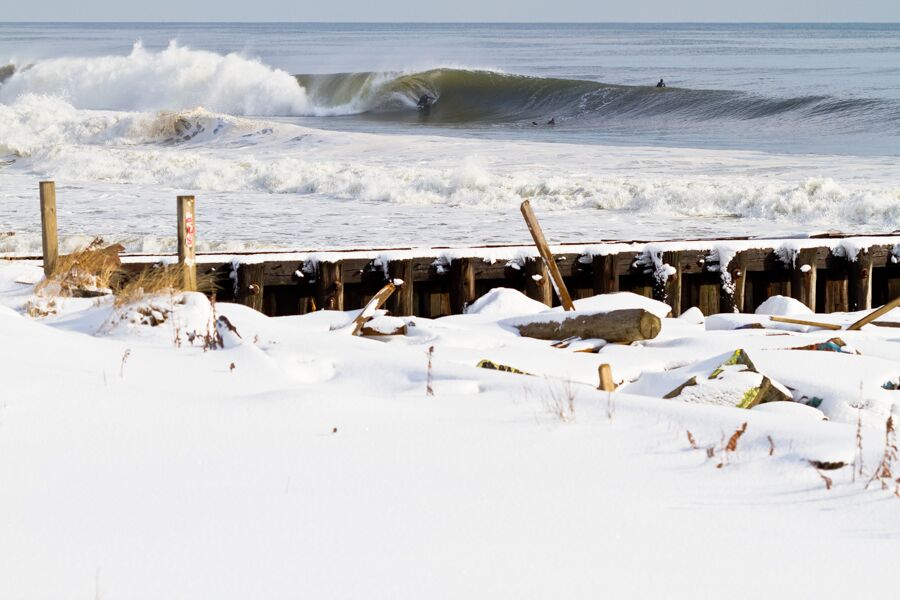 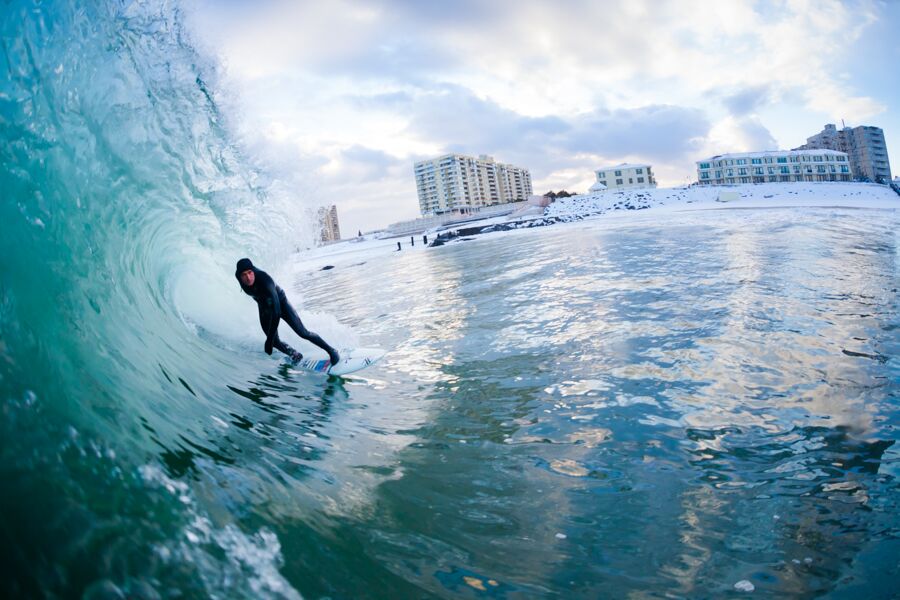 Is it ever dangerous?
Sure can be. There’s always a risk swimming in the ocean whether the waves are two foot or eight foot. I try to calculate as much as possible and take risks only when I feel it’s safe enough. Getting pummelled by a wave is often par for the course when making a meaningful image, but that doesn’t mean you should always risk life and limb.

What were you trying to capture with this project?
I wanted to capture the spirit of surfing. There’s one thing I’ve noticed about surfers: no matter what, they surf. There’s a famous image of The Cove on September 11th where you can see the towers burning and in the foreground everyone is still surfing. No matter what, surfers surf. 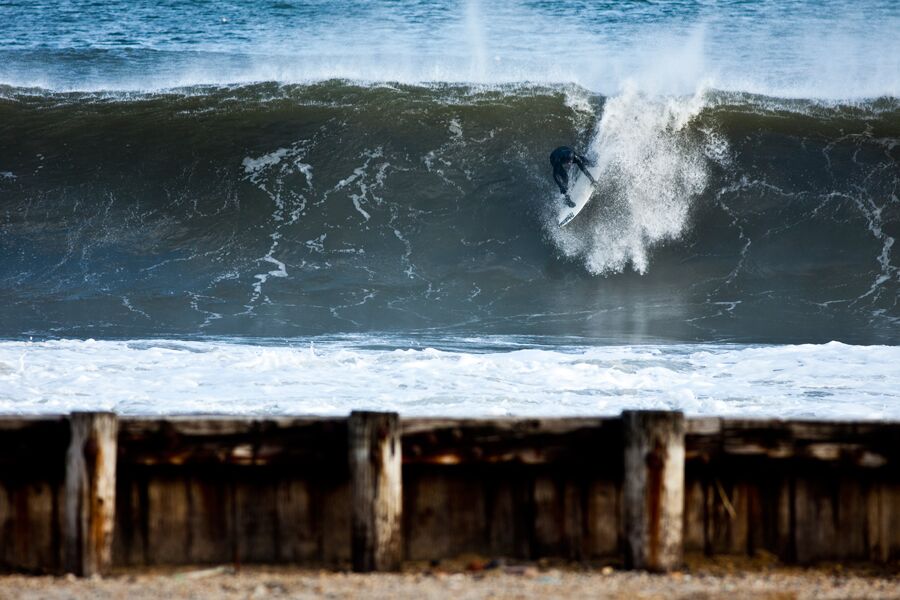 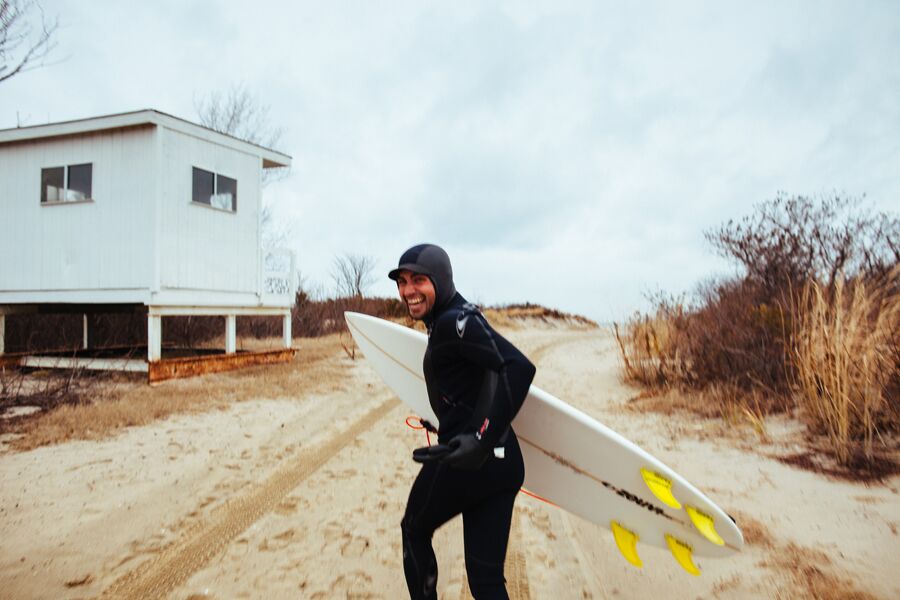 What’s next?
This year I’ve stepped into filmmaking. I’ve sat in the director’s chair as well as operated underwater. I plan on following these still images up by exploring the idea of surfing in the snow via moving pictures. I have found that filmmaking to be the most complete way of telling a story, and I can’t wait to explore it further.

You can see more of Ryan’s work on his website.

Linkedin
RELATED ARTICLES
OTHER ARTICLES
Photographer Emily Winiker attended an annual 'Babes Ride Out' event in Joshua Tree on behalf of Stance Socks and captured the girls behind the action.
theprintspace photo lab and youth culture picture agency PYMCA collaborate on Lost in Music, the most comprehensive exhibition of club and dance culture images ever.
Iranian women are much more than their own country and the West perceive them to be. A new project by London-based Iranian photographer Keymea Yazdanian reveals the truth.