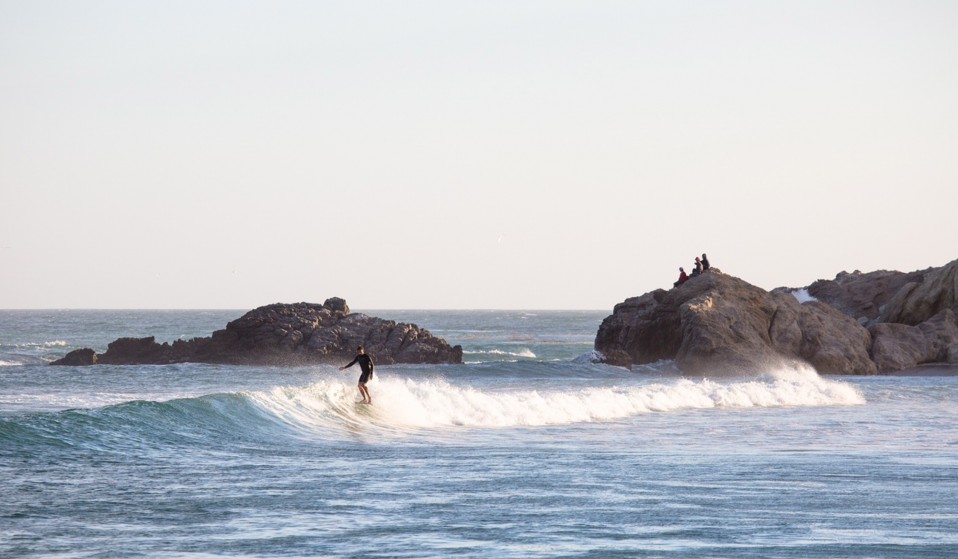 East Coast surfer Justin Quintal on how he stays connected to the essence of surfing in the age of social media hype bullshit.

East Coast surfer Justin Quintal on how he stays connected to the essence of surfing in the age of social media hype bullshit.

I first met Justin Quintal in 2009, during a rare bonfire at my then home in Atlantic Beach. This was just before Justin’s point of recognition in which, uninvited, he went to the East Coast Surfing Championship, where the inaugural Joel Tudor Duct Tape Invitational was to take place. He didn’t just show up – he turned up – winning his first Duct Tape against the world’s best longboarders with no cache, no odds, and no entourage.

Following that upset, Justin claimed countless other Duct Tapes as he travelled around the world. As ambitious as Justin seems, I’d argue these are his less impressive accomplishments. Justin was raised in Jacksonville, Florida – your typical good-ole-boy, corn-fed and waterlogged, and is as humble as they come. 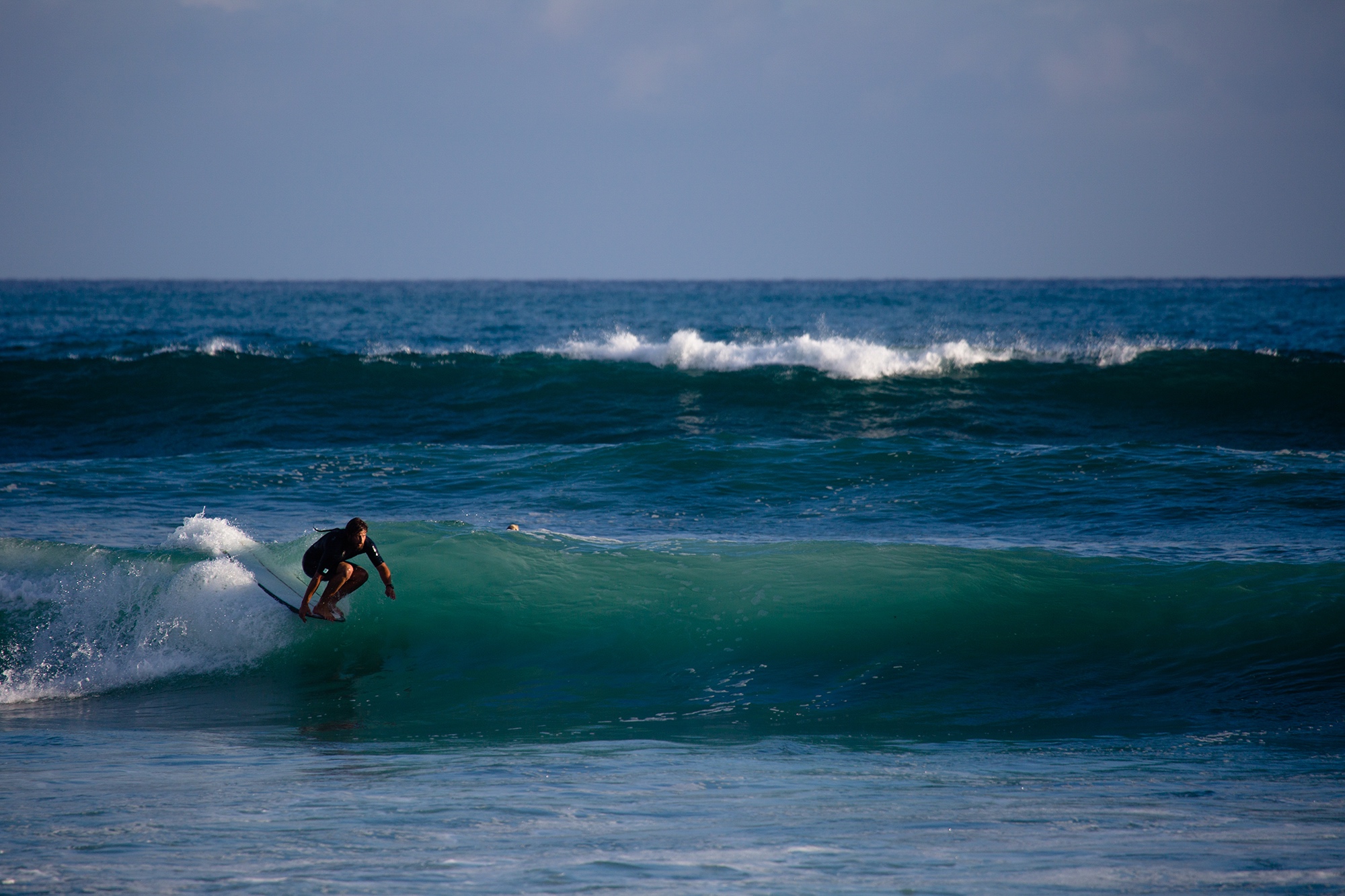 He’s a pro-longboarder, but you could spend hours with Justin before he’d mention his career if at all, an absolute testament to this southern boy’s charm. Justin has an investment in surfing unlike most, whether professional or amateur. If asked, he’ll drop everything to drive through the night or fly twenty hours to throw on a damp wetsuit and surf, only to return quietly to his commitments back at home. I know this because we drove together from Jacksonville to Encinitas in less than thirty-six hours, just to catch the first proper swell of the summer. We sat down to chat about the world of surf today. 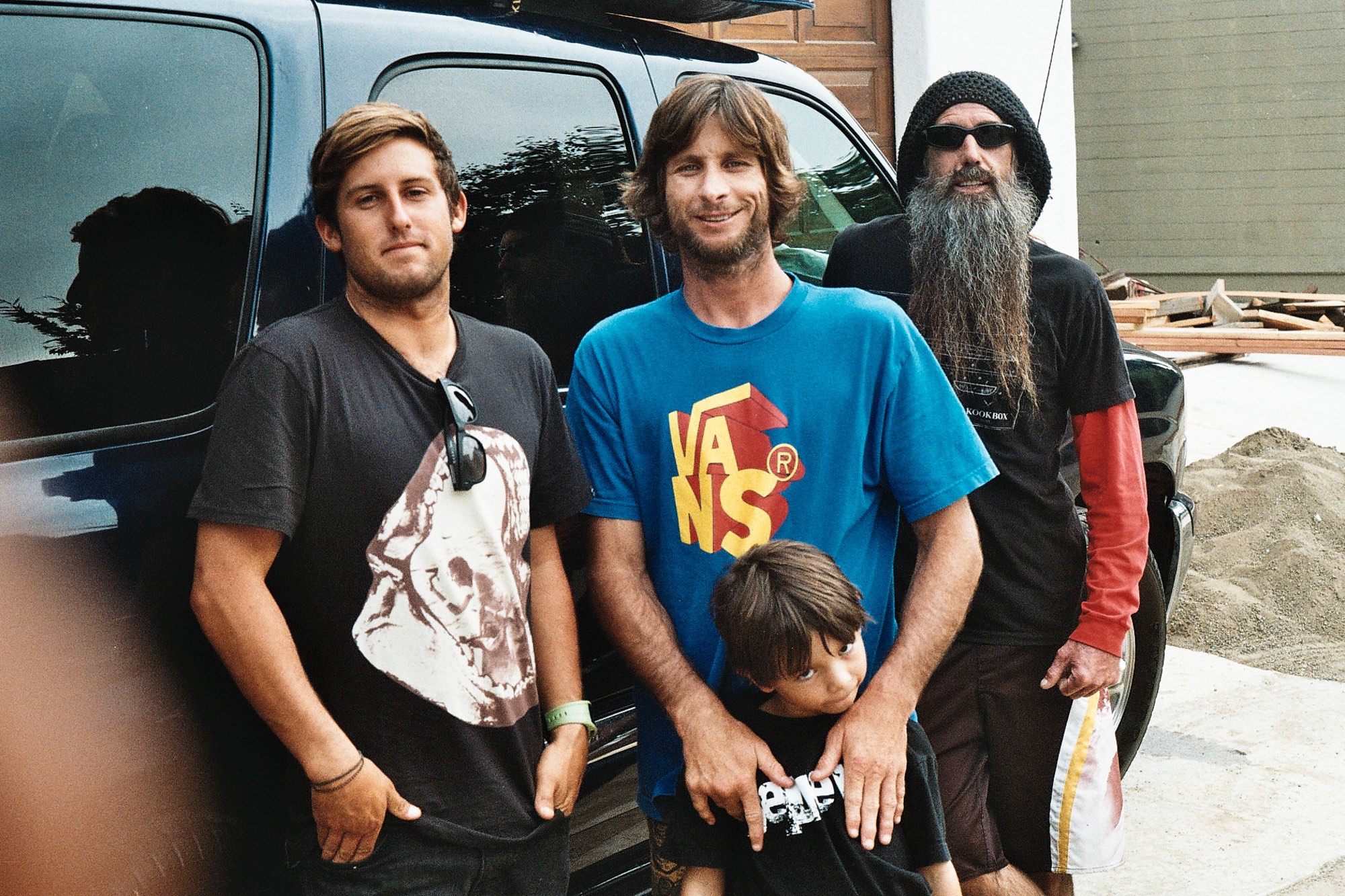 Michael Adno: When I was growing up longboarding wasn’t cool, what’s changed to put it back at the heart of surfing?

Justin Quintal: I think that there’s a great appreciation for wave riding right now. People are starting to understand more and more why surfing is an art form, and I think that’s a beautiful thing. With social media, the world is globalising so fast that people are exposed to things quickly, and it’s bittersweet. Bitter in the sense that people are addicted to technology, sweet in the sense that they are more understanding and susceptible to change.

That also bleeds into the surfing world. Surfers are transcending the labels of before, of being a certain type of surfer, instead now you’re just a surfer, riding whatever. And in a way, it’s this kind of trendy cool thing but at the same time it’s not.

You mention that surfing is becoming more popular right now. How has social media changed the way people see your world?

With social media there are some benefits, but there are also drawbacks. With our obsession with posting online, it’s easy to lose sight of why you started surfing in the first place; surfing is supposed to be an individual thing, something that you do for yourself, not for self-promotion or necessarily to make a living. Sure, that’s the end goal for many surfers, myself included, but it’s not the reason why most of us started surfing or why we’ll surf until we are physically unable to carry on. It’s important to not get too caught up in all the bullshit. 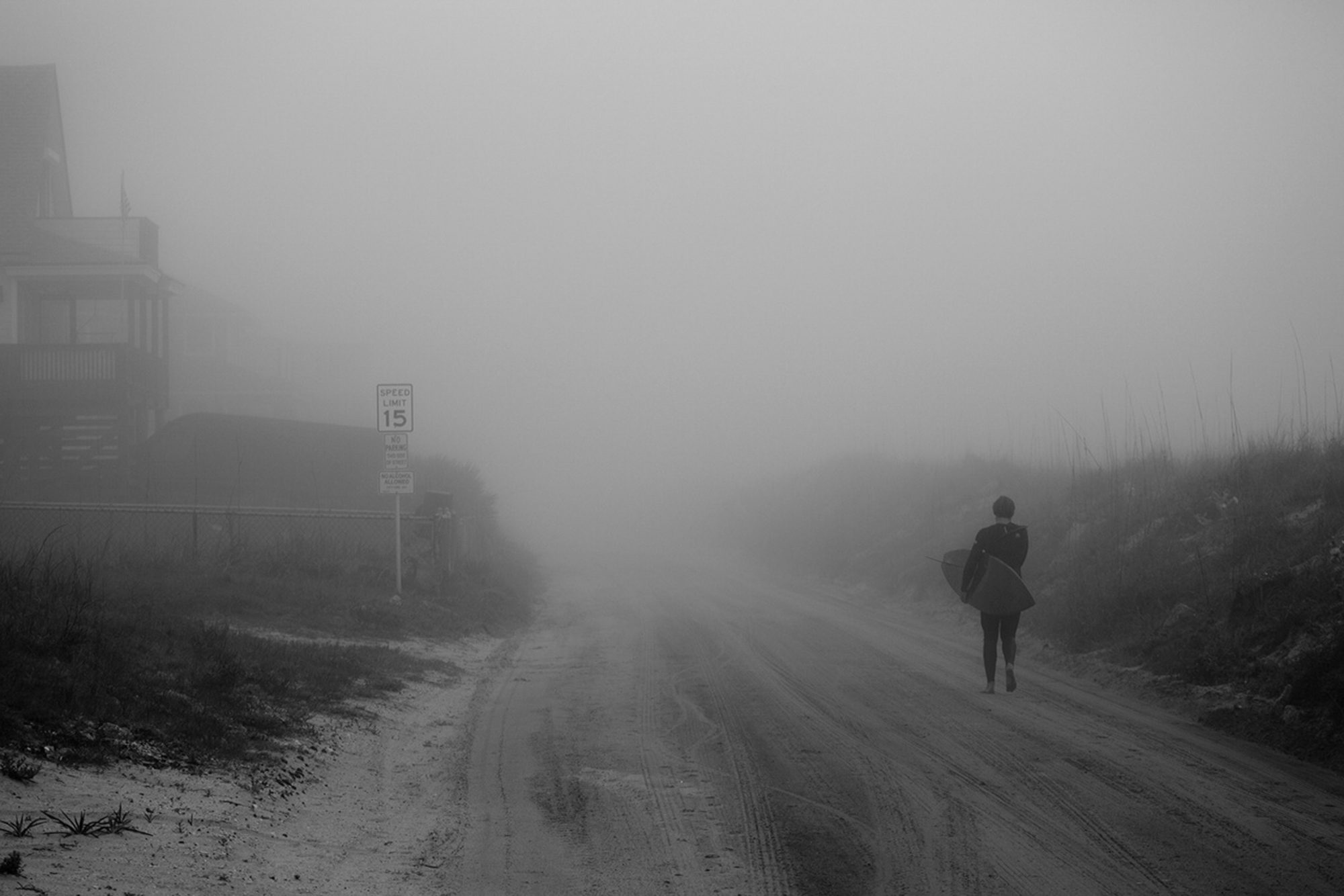 Longboarding has gained a lot of cultural currency within the surf world, and people appreciate it’s seen as more mainstream than ten years ago. I always thought that longboarding cultivated an outsider culture because it wasn’t a part of the industry and it wasn’t a competitive sport, but it is today. Do you still see the traces of that organic and alternative longboarding culture?

Yeah, I do. I see a lot more of it actually. There’s more people logging, riding fishes, and “alternative” boards. I think there is a lot of that raw, organic energy that was around when I was starting out. I think that’s what influenced a lot of people to start longboarding, ride different boards, and get into that scene. The raw, pure, organic energy is contagious. I think that’s why longboarding has become more socialised in the surfing scene – it really embodies the essence of surfing. The root of it all is just about trying to compliment the waves you ride, and that’s it. 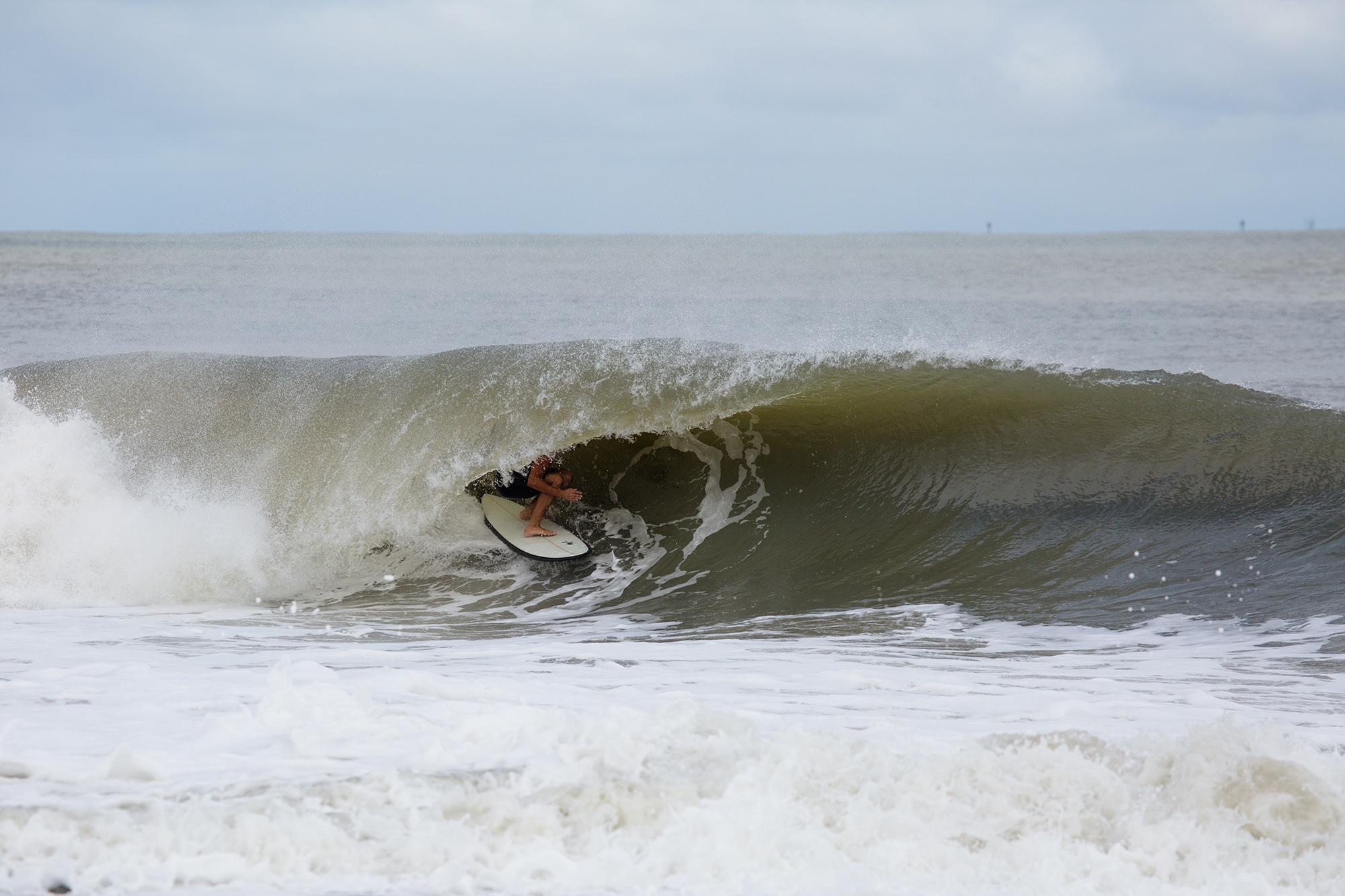 Even though you weren’t born in Jacksonville, it’s your home. What’s your relationship to home and the history in Jacksonville? It has a really rich surf and skate history.

I see a lot of these guys out and about in the community. Larry Miniard for example doesn’t really surf anymore. He’s a professional fishing guide, but when I see him he still loves to talk about surfing back in the day. It’s cool that these guys are still around and their stories are still there to be told.

I love North Florida, and it’s amazing driving around here seeing how beautiful it is. The beaches are so pristine. And you can talk to these guys who were around when nothing was developed at all, back when all of Jacksonville was just like that, pristine and perfect. To listen to their stories and share their histories not only about Jacksonville but also about surfing in general or travelling is really amazing. I know a lot of people don’t take the time to listen to these guys. A lot of people do respect them but don’t necessarily appreciate them or understand how significant they are.  I try to take the time whenever I see them to take a moment and talk to them. Hopefully a little bit of their experience will rub off on me, and I can share their stories with other people.

Linkedin
RELATED ARTICLES
OTHER ARTICLES
A new exhibition brings together 150 works by twelve photographers, offering mesmerising and intimate depictions of life.
After being subject to racism growing up, Kavi Pujara’s photo series allowed him to reconnect with and reimagine his hometown.
Photographer Ira Lapu documents the lives of ordinary Ukrainians living amid a brutal conflict.
The campaigning charity are on a mission to increase inclusion, participation and representation of Black people in trail running.
Over the weekend, the United Families & Friends Campaign organised a protest calling for an end to deaths at the hands of the police.
Planet Ardbeg is a 40-page sci-fi anthology created by three cutting-edge artists.