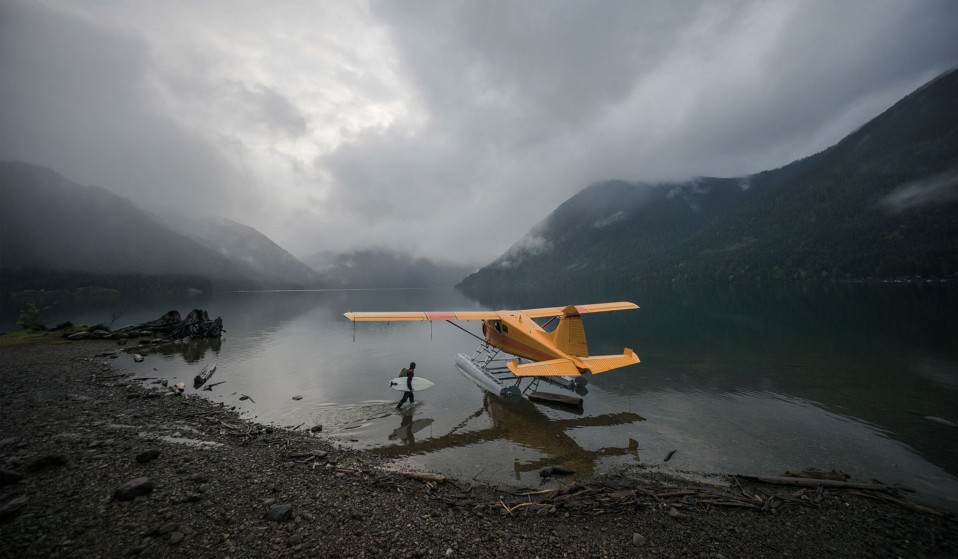 Movistar Surf City Festival celebrates the dichotomy between sea and the urban life. The multidisciplinary art event, which takes place in Barcelona on the 14th of March, will gather a number of European as well as international renowned personalities such as surfers Aritz Aranburu, Eneko & Kepa Acero and filmmaker Kai Neville, in order to represent a broad spectrum of surf-related creativity.

In the Convent Dels Àngels (now part of Barca’s awesome MACBA gallery), more than 30 artists coming from afar as Portugal, Mexico the US and Australia will share their unique vision of surfing and their sea experiences.

The Surf City collective exhibition “We are antonyms” will show different perspectives on surfing across a variety of artistic disciplines, including photography, painting, sculpture, film, technical drawing and live performance. Photographer Clark Little will be on hand to show an exclusive unpublished artwork and the Dogtown pioneer and legendary artist C.R. Stecyk III, portrayed in the 2001 award-winning documentary Dogtown and Z-Boys, will also reveal 12 exclusive prints.

During some precious 15 hours, from 11am to 2am the following morning, the impressive surface area of 14,300 m2 multifaceted complex will shapeshift into a shaping room, market and giant music venue with bands like Ljubliana & the Seawolf, Stand Up Against Heart Crime or DJ Raver Jewish on the bill.

Cinema will also be in the spotlight with a selection of screenings, such as Kai Neville’s new surf movie Cluster, the short film Death 2 hipsters and the world premiere of  surf documentary One City, featuring Hurley team rider Nic Von Rupp, who will be present throughout the event.

Born out of frustration with being born in the wrong place, in a big city on the Mediterranean sea far from exotic beaches of Hawaii, Movistar Surf City Festival represents the perfect context to discuss the contrasts of surf versus city.

Linkedin
RELATED ARTICLES
OTHER ARTICLES
Proponents of personality tests argue that they’re necessary to find the best person for the job – but in practise, they’re often discriminatory.
Through stills, anecdotes and film criticism, a new book examines the portrayal of women’s destructive emotions, reframing it as a challenge to patriarchal structures.
A campaign seeking to prevent future injustices where there is state involvement is gaining momentum, with Labour recently pledging its support.
Layna, Maysa and Amaya are three siblings looking to disrupt narratives around the sport. In doing so, they’re hoping to inspire a new generation of skateboarders.
The demonstration took place this week over plans to slash £50m from arts bodies in London.
Jack Lueders-Booth reflects on capturing the community that lived and worked along the city’s busiest railway route during the 1980s.