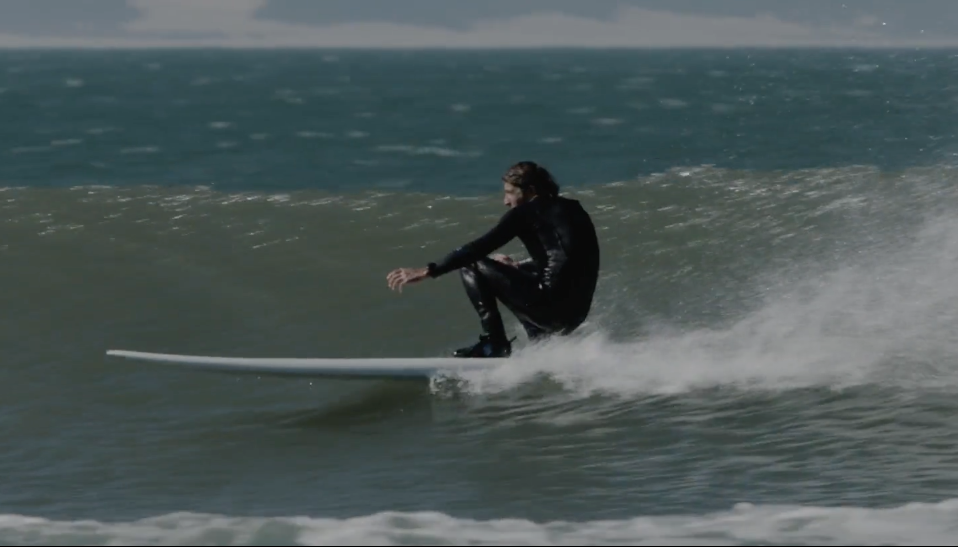 Photography © Still from The Man & The Sea by Andrew Kaineder

An intimate portrait of one surfer's free-spirited approach to nature.

A new documentary short offers an intimate portrait of one surfer's free-spirited approach to feeling at one with the sea.

The Man & The Sea is a stripped-back portrait of one of Australia’s surfing greats, Derek Hynd. It was filmed by Andrew Kaineder over two weeks in Jeffreys Bay, along the eastern cape of South Africa, and captures the 58-year-old’s philosophical approach to nature.

“Surfing, for me, is purely an escape into a pure source,” he says in the film. “Communion with the birds and the dolphins… Energy within the universe.”

Hynd, who once lost his right eye in a surf contest when his board hit him in the face, is known for his finless approach to surfing – a contrast in style he likens to the difference between jazz and rock.

“Reflection time grows as you get older – you discover that in the sea. It’s about reducing actions in order to achieve a better understanding of where you’ve been and where you’re going.”

This film is an entrant in Reelers: The Surfing World Short Film Competition.

Linkedin
RELATED ARTICLES
OTHER ARTICLES
To mark the premiere of his new documentary on surfing giant Gerry Lopez, the filmmaker and former pro skateboarder sits down to share his unique brand of wisdom.
The author discusses her new memoir, which offers a sobering reflection on the racism and otherness she’s experienced along with a joyful celebration of her culinary heritage.
Protestors gathered outside Downing Street following the latest atrocities committed by Israel against Palestinians living in the besieged strip.
Photojournalist Fiora Garenzi spoke with people still living in Eastern Ukraine, an area which seen some of the heaviest fighting since the war began.
Steel City is often overlooked when it comes to the country's cultural radar despite its role in shaping electronic music.
A series of photos by the late Jerry Dantzic taken in 1957 show a tender side to the iconic Jazz musician.