Outdoor / Skate / ‘When I rode again for the first time, it felt like freedom’ 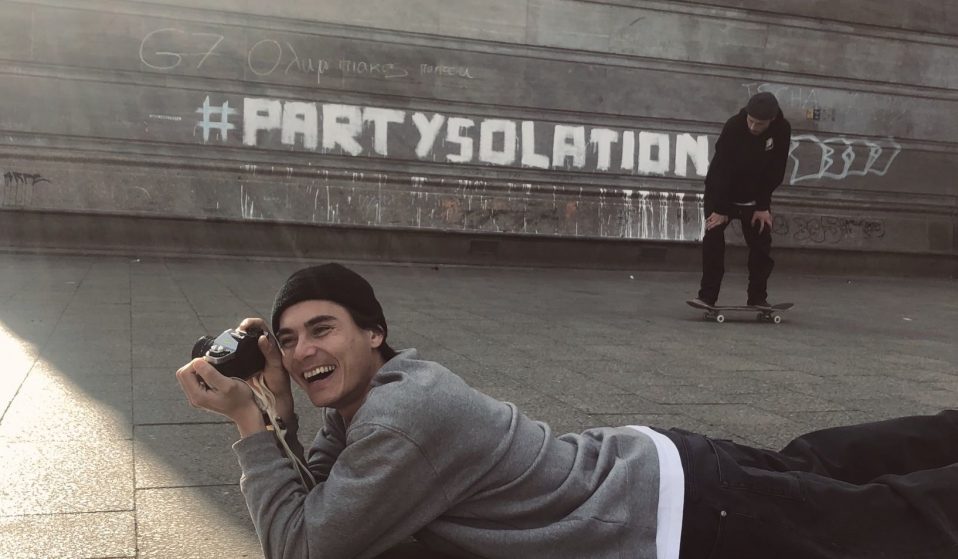 Summer is here and lockdown is lifting – but are surfers and skaters ready to get back out there? We asked around Europe to find out.

Summer is here and lockdown is lifting. Warm water beckons, as does the butter-smooth concrete of parks and pavement. So are surfers and skaters ready to get back out there? We asked around to find out.

Skateboarding and surfing may be solo pursuits – but they’re mostly experienced in groups. And as with all group things, they were also a big no-no during lockdown: killer waves went unridden, sidewalks were left untouched. But as things loosen up and summer swings into action, many skaters and surfers are now experiencing a kind of rebirth. So what’s it like to get back out there, even as the deadly plague still hovers? Here’s a splattering of takes from across Europe.

How did you experience lockdown?

Jeanne Duval (Pro Skateboarder – Nantes): I was fortunate to be in the countryside and not locked up in a city apartment. I skated the same sidewalk during those two months! I tend to live with the pressure of time, but with Covid-19 I was forced to stop everything. It was a step back that I would’ve never had the opportunity to take otherwise.

Denny Pham (Pro Skateboarder – Berlin): The guidelines in Berlin were not as strict as elsewhere. We were still allowed to leave the house for pretty much whatever reason or do individual sports as long as we respected the required distance. I enjoyed the fact that roads and sidewalks in Berlin were almost completely empty. The best thing was that we could ride a handful of spots that you could never skate before because of big crowds and security. But of course, seeing friends and businesses suffering under Covid-19 was and still is horrible.

Samuel Partaix (Pro Skateboarder – Biarritz): I didn’t skate at all for two months except for once on a curb down the street from my house. I was immediately fined 135 euros by the police.

Gibus De Soultrait (Surf Editor – Guethary): I have a few anecdotes. At the start of lockdown, it was a full moon, and there were between five and 10 surfers in the middle of the night on some good spots. Then there were surfers who were hitting hidden spots in Gironde, passing through the forest, who ended up being caught by a gendarmerie helicopter. The gendarmes took their smartphones and three days later rang the doorbell with the fine. There was also this helicopter that crisscrossed the coast on weekends and pounced on people who were on the shore to give them a fine of 135 euros.

But generally speaking, most surfers respected the lockdown. We saw beautiful waves crash empty. Like animals, they were free, nobody to throw surfboards on their faces!

Adilson Pedro (Skater – Lisbon): It was hard because I could only skate alone at this one small spot… but at least I managed to learn some new tricks, and that felt great.

What was it like to get back out there when lockdown ended?

Samuel Partaix: Physically, it wasn’t easy. The first session was delicate – but it was so pleasant! I also just rode my bike from Biarritz to Bordeaux with another pro skateboarder friend, Oscar Candon. We rode 200km just to see friends and skate together. What a feeling!

Lee-Ann Curren (Pro Surfer – Biarritz): I was really happy to return to the water, whatever the conditions, and to feel the physical state of bliss after surfing. I lost the condition a little but gained in freshness and motivation.

Tristan Mausse (Surfer – Biarritz): It felt like freedom, like a reunion with a person who is dear to us. A greater sensitivity for details that become trivial over time: lights, smells, sounds… The first days of surfing did not offer excellent conditions, but the important thing was to be in the water. 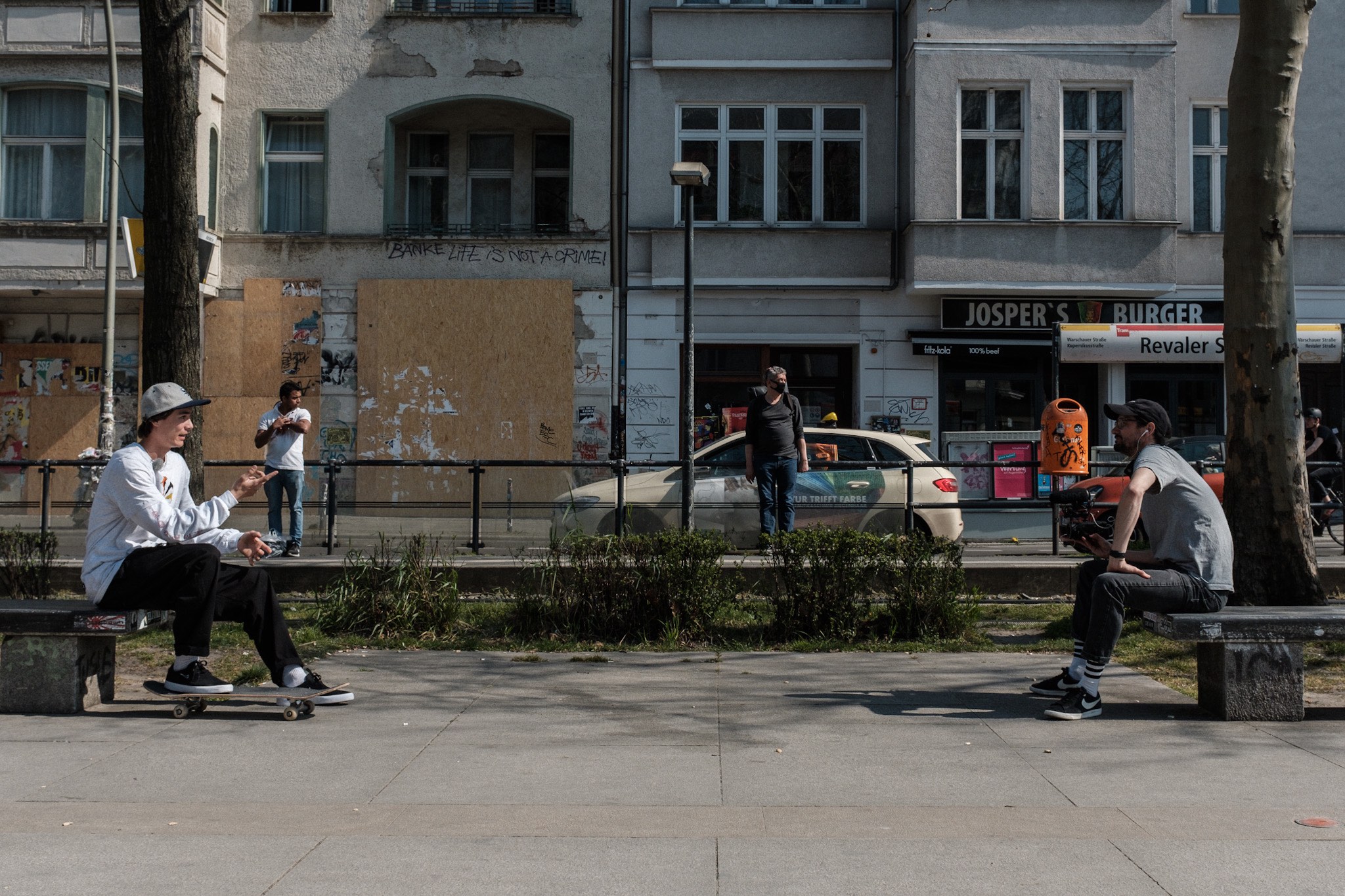 And what about the risks of getting out there?

Lee-Ann Curren: In surfing, even if we seem to be crowded from afar, there’s always a certain distance from others so I don’t worry about the water. Plus, I think that sea air is good for morale, for the body and for the immune system.

Tristan Mausse: To enjoy surfing it’s better not to be glued to other surfers anyway, so this isn’t actually a big change. I think the surfers here are so concerned with the right to be able to surf that they try to respect the ‘rules’ as much as possible so that the beaches are not closed to them.

Gibus De Soultrait: The debate on the reopening of beaches has been interesting. The French government didn’t want to open them until June 1. Club surfers, elected surfers, the surf federation denounced this nonsense because the mountain was also open for walks. Finally, the government left it up to the mayors with the prefects for each department. They have implemented the principle of ‘dynamic beach’, which means you can walk, go to the water to surf, swim – but you cannot sunbathe on your towel and be in a crowd.

Jacob Sawyer (Slam City Skates – London): I blame ambiguous directives for many people carrying on as normal, but my family and I have been careful. Recent exercise breaks have been at the skate park but always with one or two other people early in the morning before anyone is out. Everyone keeps their distance, and the elbow bump has made a comeback as the greeting of choice. I know the authorities passed through one afternoon and dispersed people out playing basketball but saw nothing wrong with the crew who were there skating, which tells you it’s not a rave situation down there. I see clips of my friends out skating solo or with a small crew. No one is doing anything crazy.

How do you see your community adapting to the post-Covid-19 world?

Denny Pham: Tough times inspire people to get creative. Maybe this could be the beginning for some new local projects with national focus as long as travelling stays limited. I’m not too sure how well the industry will withstand this economic setback, but I can imagine that skateboarding as a sport or activity will welcome a lot of new beginners after Covid-19, just because it’s an individual sport and people will be more careful with activities in a crowd. Besides that, I think this is a great time to realise once more what a valuable community we have, where we can all support each other or receive support from others just because we’re following the same passion.

Lee-Ann Curren: This is a difficult question because the future has never been so blurred! I think that certain habits will surely return, while others – small discoveries that we had the time to make in confinement, ways of working remotely, for example, cooking, consuming differently – they’ll still have an impact on the direction we go next.

Gibus De Soultrait: Surfers are ‘consumers’ of waves, like all consumers of the world today. They want to take the plane to travel, and at the same time, they agree to eat organic and fight against CO2 emissions. But they can also be frugal if they have their boards and waves. The surfers of the ’70s lived simple lives and travelled for long periods – not a week in a surf camp at 400 euros per night on the other side of the planet! We’ll see. Everyone is trying to have a life that makes sense to them. We have to get out of 100 per cent economic neoliberalism, but we also have to invent what can partially replace it in order to continue to have a society, to create a living together. This pandemic has allowed us to think, and that’s already a very good thing.

Jacob Sawyer: One of my worries, when this all went down, was how law enforcement would handle things and any further insidious erosions of civil liberty down the line. I know I’m fortunate to be even entertaining these thoughts right now or talking about skating. I have friends who have lost loved ones from this whole situation, and it’s hardcore. But I have also noticed more people smiling out on the street these days, saying hello. I hope there’s more of that in the new world.

Some answers were edited for length and clarity.

Linkedin
RELATED ARTICLES
OTHER ARTICLES
Following the release of his debut single, Deyaz talks battling addiction, dealing with his struggles through music, and building a budding music career from his living room.
A new law change is enabling Britain’s donor-conceived children to know the truth about their origins – but campaigners say the fertility industry must do more to protect people.
Filmmaker Laura Poitras discusses her new documentary which traces the remarkable life of the artist-activist and the impact of her battle against the US opioid crisis.
At his West Bank restaurant, Fadi Kattan established himself as the voice of modern Palestinian cuisine. Now, he’s bringing his innovative, bold flavours to the UK’s capital.
Social prescribing connects people with non-medical support to improve their health and wellbeing – but some experts worry it’s just a stick plaster solution.
A recent High Court ruling against the right to wild camp in Dartmoor National Park sparked the largest land protest in history – and campaigners say their fight is not over yet.