Outdoor / Surf / Why I do what I do / Are mushroom boards the future of surfing? 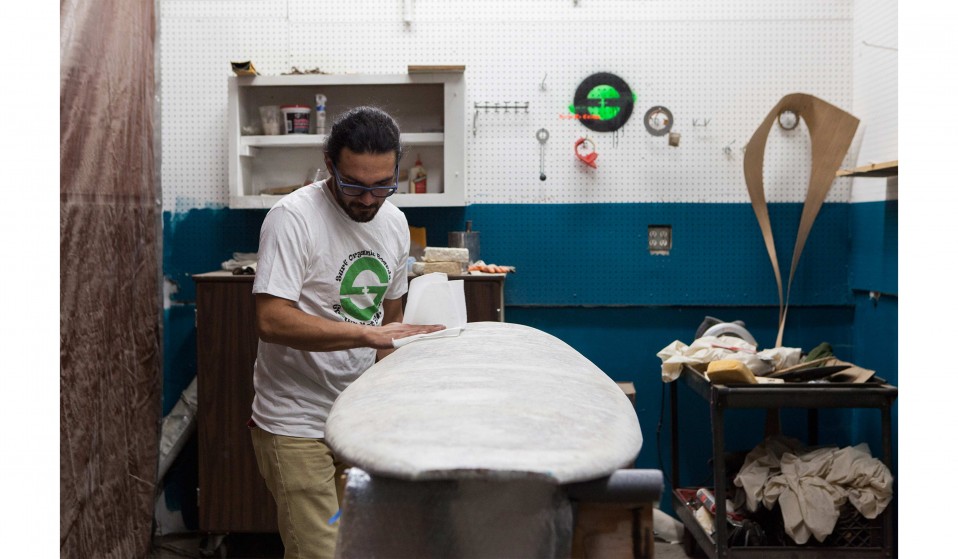 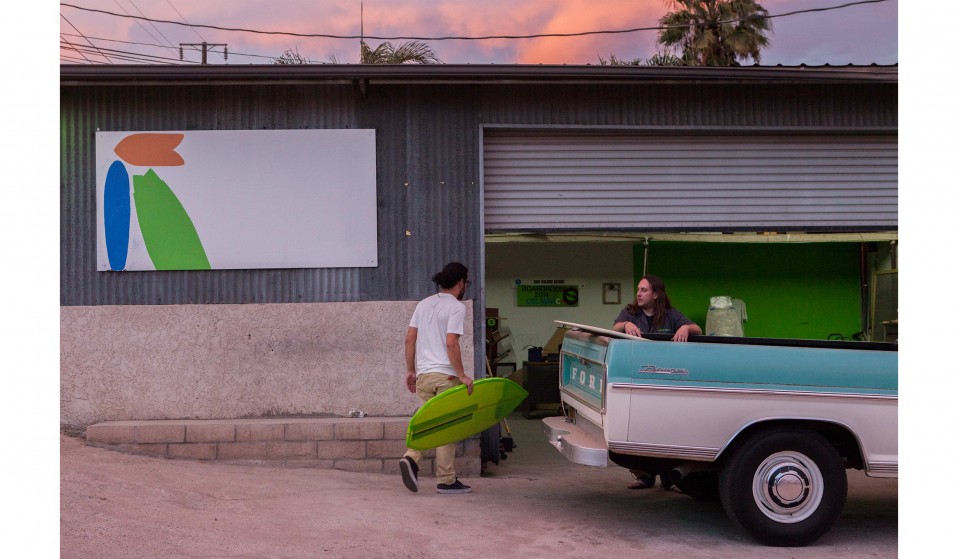 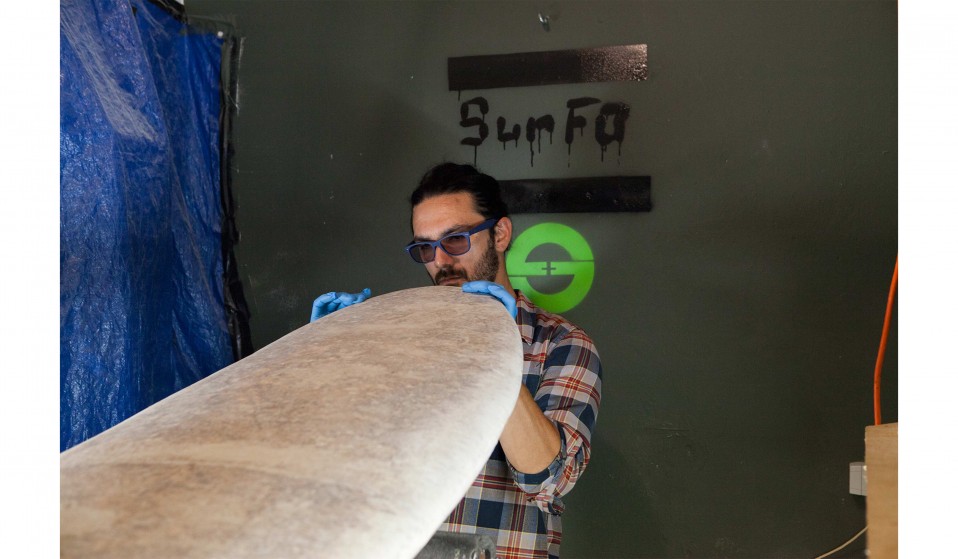 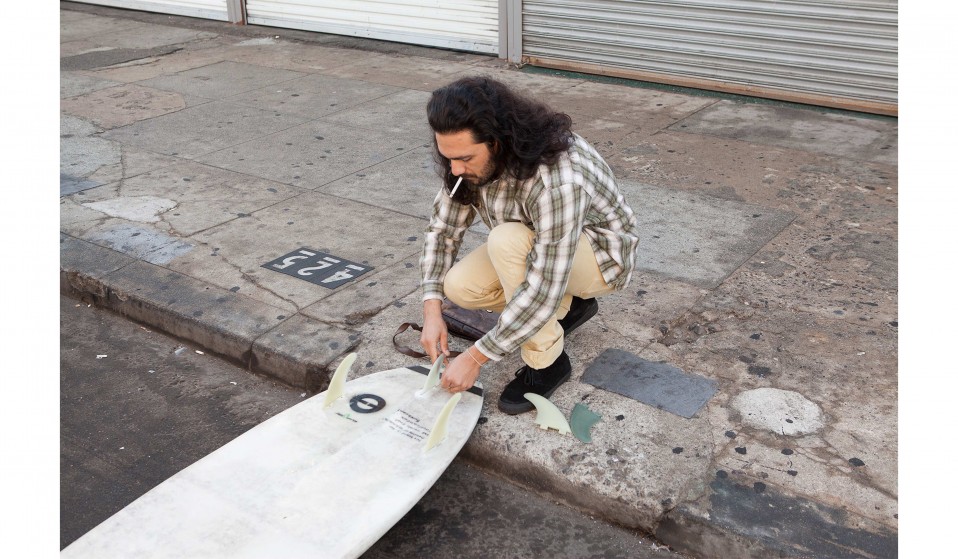 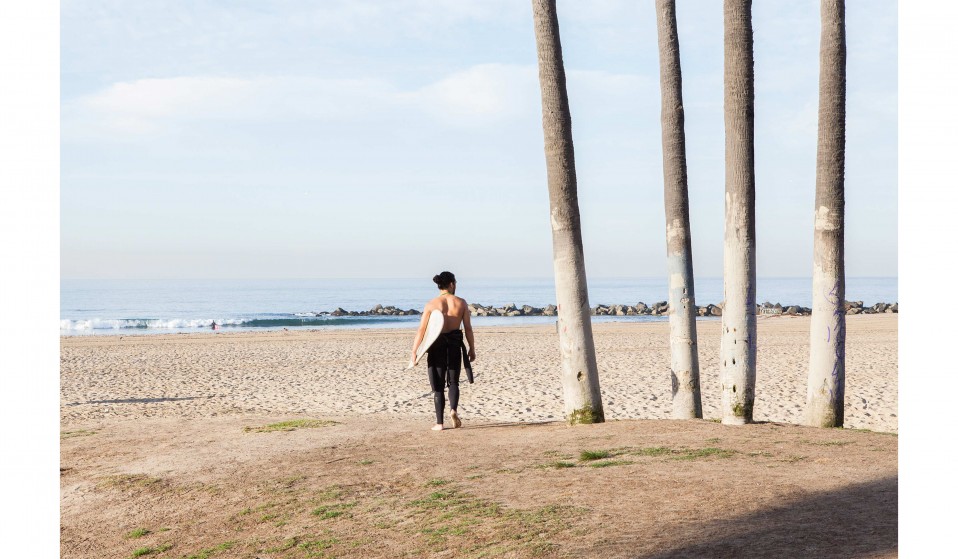 California's Surf Organic Boards are shaping the future of sustainable surfing with their pioneering mushroom boards.

California's Surf Organic Boards are shaping the future of sustainable surfing with their pioneering mushroom boards.

In the beginning, surfing was a simple coming together of wood, water and waves. As the culture developed, surfboard construction moved beyond the Wili Wili, the Ula and the Koa trees used by the ancient Hawaiians to redwood, balsa and plywood, before adopting synthetic materials such as fibreglass, styrofoam and polyurethane.

Man-made materials allowed surfers to push the sport to new heights, to surf bigger waves on faster, lighter and more manoeuvrable boards, but the toxic chemicals used in the manufacturing process broke the pure, elemental connection with the ocean. Modern boards are estimated to emit over 600 lbs of CO2 during their lifespan and the non-biodegradable materials end up in landfill, or worse, as sea-junk. With an estimated 35 million surfers in the water worldwide, that adds up to an unacceptable cost to the planet.

As more and more people recognise surfing has lost its way, wooden boards are experiencing a resurgence but they’re heavier and out of the price range of the majority of surfers. For those looking for a lightweight, cheap and eco-friendly board, the answer might just be mushrooms.

At Surf Organic Boards (also known as SurfO), Daniel Del Toro and David Purser are shaping the future of sustainable surfing with their pioneering development of mushroom surfboards. They use a technology developed by Ecovative Design called Mycofoam, which is grown from agricultural waste inoculated with mushroom mycelium. Each board takes ten days to grow into its mould at their Mira Loma, California workshop and then each unique board is shaped and finished.

Daniel and David are currently at prototype stage with “El Portobello” and are asking for funding to develop the technology, which could allow them to create lightweight, biodegradable boards that could eventually compete with synthetic, mass-produced boards. We spoke to Daniel to find out more.

How and why did you start Surfoboards?
Well I started shaping out of necessity, I wanted a green board but there weren’t any available back in ’06. Since then I have created an array of Eco-boards using all of the materials at my disposal and gained a partnership with David Purser. Then in 2013 at the boardroom show in Costa Mesa we met Alex and Gavin with Ecovative Design. David and I realised we had found a material that had the potential to change the surf industry for the better, Mycofoam. David used CAD software and we designed the first ever mushroom surfboard. Several months later we had made our working prototype and decided to officially found Surf Organic Boards in 2014.

Tell us more about Mycofoam.
Mycofoam is a patented technology created by Ecovative Design. It is “foam” grown from agricultural waste that has been inoculated with mushroom mycelium. It can grow into nearly any shape rather easily, with minimum tools. The material is quite remarkable. It’s being used in products all over the world from computer packaging to insulation to bricks. We’re just the first ones to put it to use in a surfboard. What really makes it special is that it’s biodegradable, sustainable, and 100% natural. 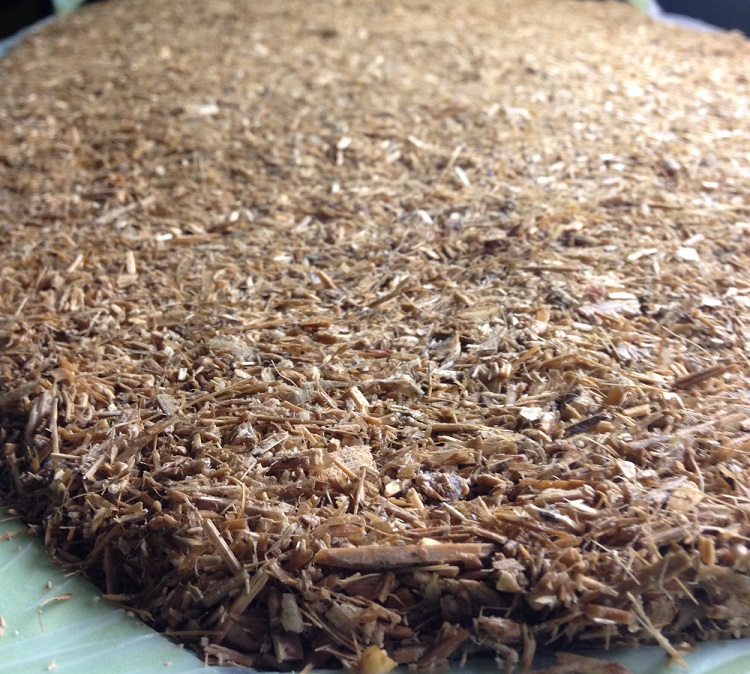 What made you think it would be great to make surfboards out of mushrooms?
We love a challenge and what could be more difficult than creating a truly sustainable surf craft from mushrooms? Mycofoam made that possible for us and a mushroom surfboard is a milestone, not only for our company but for the industry too. The fact that it eliminates all the environmental issues created by oil based foams is a driving factor as well. We know it has a long way to go before kicking traditional foam to the curb but it’s fun to be the first team to try.

Could you talk about the process and challenges of making it into a rideable product?
The challenges were many, on-going, and seemingly endless. First we had to learn to grow a 6-foot mushroom, while keeping it alive, and not contaminating it with our own germs. Then we had to learn how to shape the mushroom that is bound around sticks, stems, leaves, and other hard material. We quickly found out its porousness led to heavy weight due to resin absorption. Lastly we had to figure out how to put in fin boxes and a leash plug vent. While we have solved every problem that has risen, each blank is unique so we often have to refigure out things.

What are your hopes for the future of mushroom boards?
We can’t give too much away but we have been planning on ways to develop the next generation mushroom surfboards. The idea isn’t quite in prototype phase but it’s nearly there. We think the next generation mushroom will appeal to a wider amount of surfers and hope to release it at this year’s Boardroom Show in 2015. While competition is usually bad, we hope other teams start taking on this challenge. The more people working on sustainable surfing the better it will be for all of us surfers and ocean lovers.

Is it a good time to strike it alone?
Not really, everyone needs help when developing a green technology in order to raise awareness and actually get people into the idea. So we always invite people that can help to help, we are always open to collaboration. It’s also difficult to develop a product from scratch, without scratch. We have both been financing our R&D with credit and up until recently our jobs in post production. 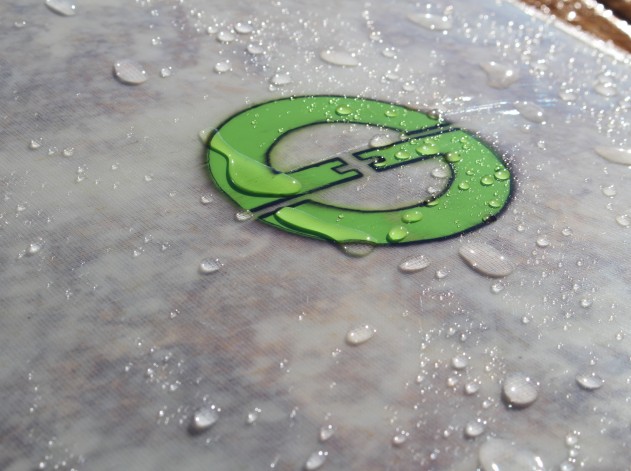 What were you doing beforehand?
We were both working full time in post production doing film and television programs. That is actually where Dave and I met and started surfing together. My background is in mechanics, composites, auto body, and construction. David has been in post production nearly 20 years as an editor and manager. His free time is spent doing art and graphic design. We started shaping together in 2012 and have been making eco-surfboards on the side for ourselves, friends, family, and local surfers.

Who or what do you take inspiration from?
We love all the eco warriors, anyone with a voice for Mother Nature, and other green companies like ours. There are so many shapers that inspire us; Danny Hess, Mike and the guys at Grain, Stalk, almost everything MarkO Foam does. Our neighbours over at E-tech, Enjoy, and Stretch are the main ones that come to mind. Beyond our peers it’s the environment itself. The waves we cruise daily, the salty breeze, just riding our Harleys to go surf is inspiring. It’s really everywhere if you’re in the right mindset.

Are there any indie brands out there that you think are doing great things?
All of the fellas in our inspiration list are doing great things. Each one is unique. Each one is having an impact. Together as a whole we are making a difference. What we are creating is a green uprising. There is no longer a reason not to surf green. We sincerely hope more companies and indie shapers (especially those that can make a large impact on reducing our impact) will join the cause.   What does independence mean to you? Independence to us is crafting the highest quality eco-friendly surfboards that we want to make. Boards that aren’t limited to current demand, styles, and popularity. We love making custom surf craft. We are not factory building the same board day in and day out. Independence is doing what you want. For us it’s also doing what’s right. You have to appreciate your independence, because you will miss it when it’s gone.

What the single greatest lesson you’ve learned from setting up your own business?
Idleness is the enemy! You must act fast and follow through on everything. If we don’t push for eco-friendly surfing now, who will?

What are your ambitions for the future of Surf Organic Boards?
We want every environmentally conscious surfer to have a mushroom. That is the end goal.

The photos from this story come from our friends at Freunde von Freunden. Check out their site to read more about mushroom boards.

Linkedin
RELATED ARTICLES
OTHER ARTICLES
David 'Dee' Delgado’s photo project is about honouring and uplifting the city of his youth, and a world rapidly disappearing under the relentless onslaught of gentrification.
Activists and campaigners are fighting back against new laws that would seriously undermine the ability to take industrial action, calling it an attack on fundamental workers' rights.
At his West Bank restaurant, Fadi Kattan established himself as the voice of modern Palestinian cuisine. Now, he’s bringing his innovative, bold flavours to the UK’s capital.
Photographer Sean Maung reflects on documenting a small town in Pennsylvania afflicted by high levels of unemployment, poverty, violence, crime, and addiction.
AI companies that develop image-generators using copyrighted artwork from the internet are coming under fire from artists who say that it amounts to theft.
Tristan O’Neill’s shots of dancers caught in moments of reverie at the height of rave’s golden age are a testament to the UK’s legendary club culture.