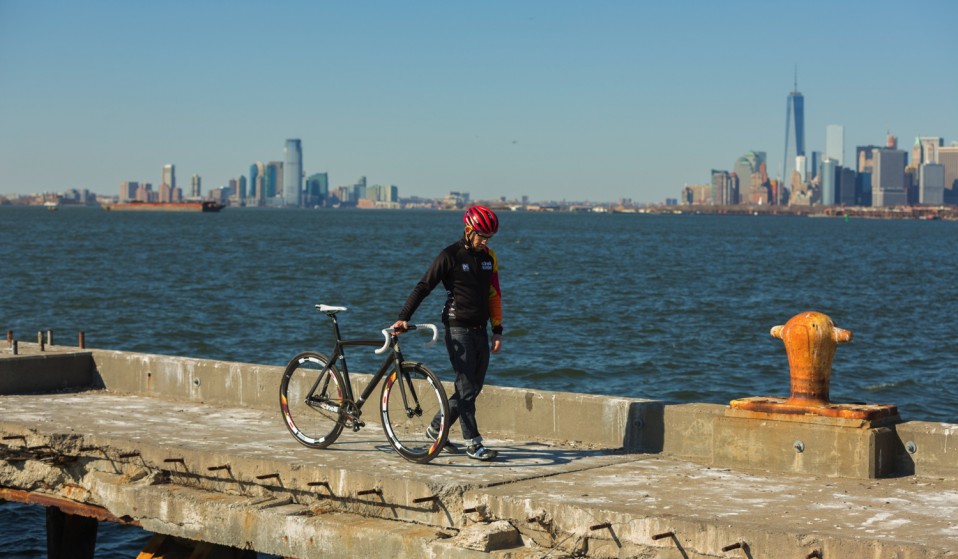 Despite his contentment, Alfred Bobé Jr. is hungry to ride

Being a bike messenger is all about flow. As is life, says Alfred Bobé Jr. Despite his success and contentment, Bobé is still hungry to ride.

When I get on the bike I feel like I’m part of this whole bigger thing,” explains Alfred Bobé Jr., sitting in his Brooklyn home with his three young sons Sebastian, Kaden and Lucien, days after winning an unprecedented fifth Monster Track title. The forty-year-old New York native is discussing his zen-like approach to riding, which sounds far removed from the aggressive, balls-out style that has made him a cult figure on the street circuit. “Now when I’m putting myself out there I feel like a Shaolin monk, but when I first came out I had a lot of anger and that translated into my style of riding, which was really on the edge, taking a lot of risks,” he says.

“It was somewhat borderline psychotic.” After breaking into the messenger scene, Bobé quickly got a rep for putting himself in spots that may seem unthinkable for even the most hardcore riders. Take a look at Lucas Brunelle’s alleycat documentary Line of Sight and you’ll see Bobé pushing his ride headlong into oncoming traffic, squeezing between New York cabs and negotiating moving intersections. At racing speed. 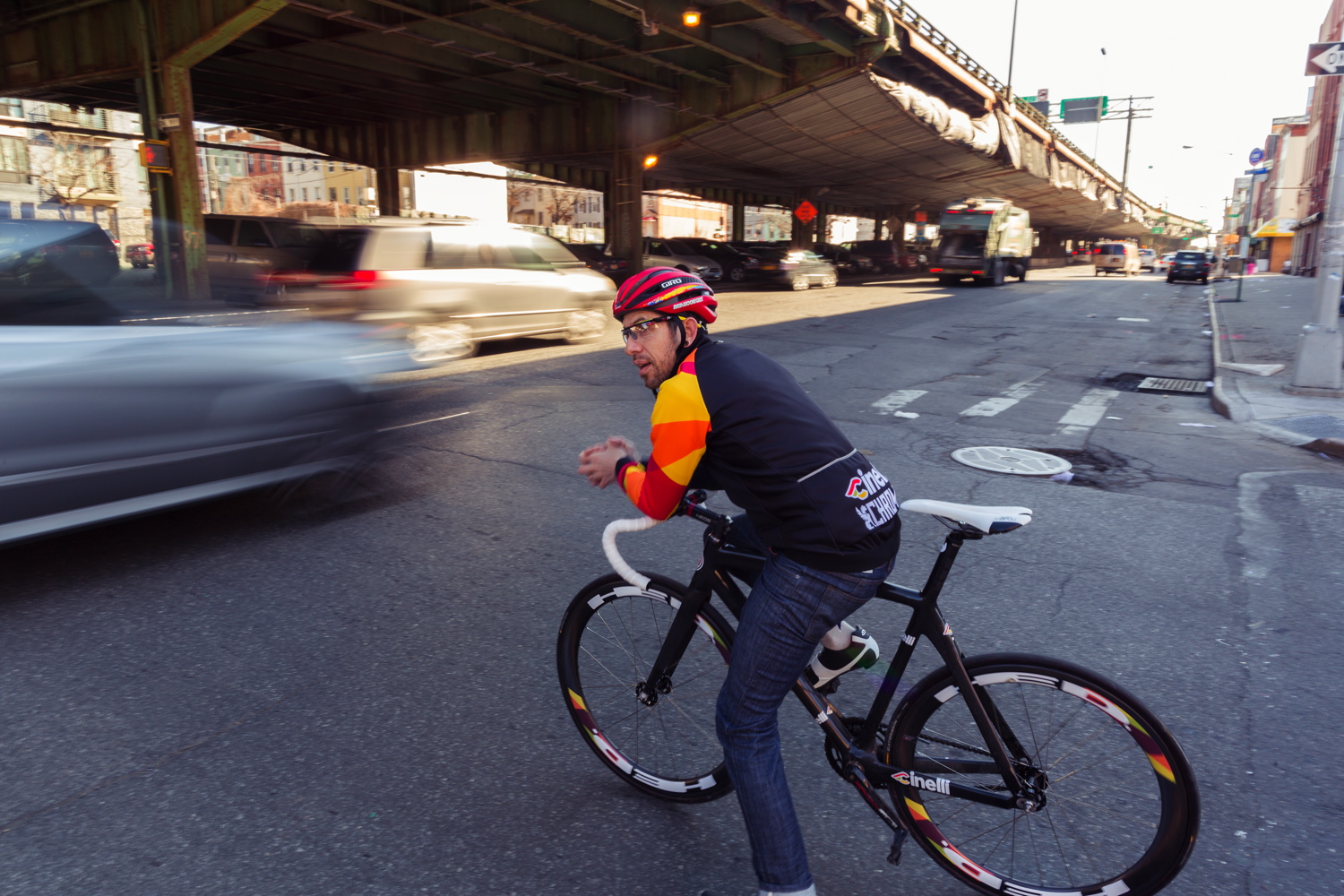 With this breakneck attitude and bragging rights firmly on the table, competing in Monster Track, the ‘World Series’ of messenger racing, was a mere formality. “When I heard about Monster Track I was just this young, cocky messenger, and I did it just to see what the fuck it was like. There was a lot of talk about who was fastest and I’m a fighter at the end of the day, so it was like let’s roll,” he explains. “I put myself in a place where I was going to win or going to die, and I fucking won. It was pretty trippy man, just looking back at where I came from, how I got there – that I even got there, you know?”

Bobé was born in New York to Puerto Rican parents, who quickly moved back to the Caribbean island, giving him the opportunity to indulge in his original passion, surfing. “I grew up in paradise. Back in the Caribbean I always had the ocean to escape to when shit went off. Out there I felt so good – that nothing else really mattered except this next wave coming in – and that’s what life really was to me as a kid. It taught me to live in the moment, right then and there.”

Bobé’s parents divorced in the early ’80s, and he found himself bouncing between Puerto Rico and New York, until at the age of thirteen he moved full-time to the South Bronx, which by his own admission was a serious culture shock. “I was just this shy Puerto Rican kid surrounded by thugs doing all kinds of craziness,” he explains. “Lots of gangs, drugs, and with surfing having been taken away from me I had to find another means of escape. So I rode a bike. It was the thing that brought me above all that shit, all that ghetto nastiness. It was a release, and it got me through everything in a positive way.” 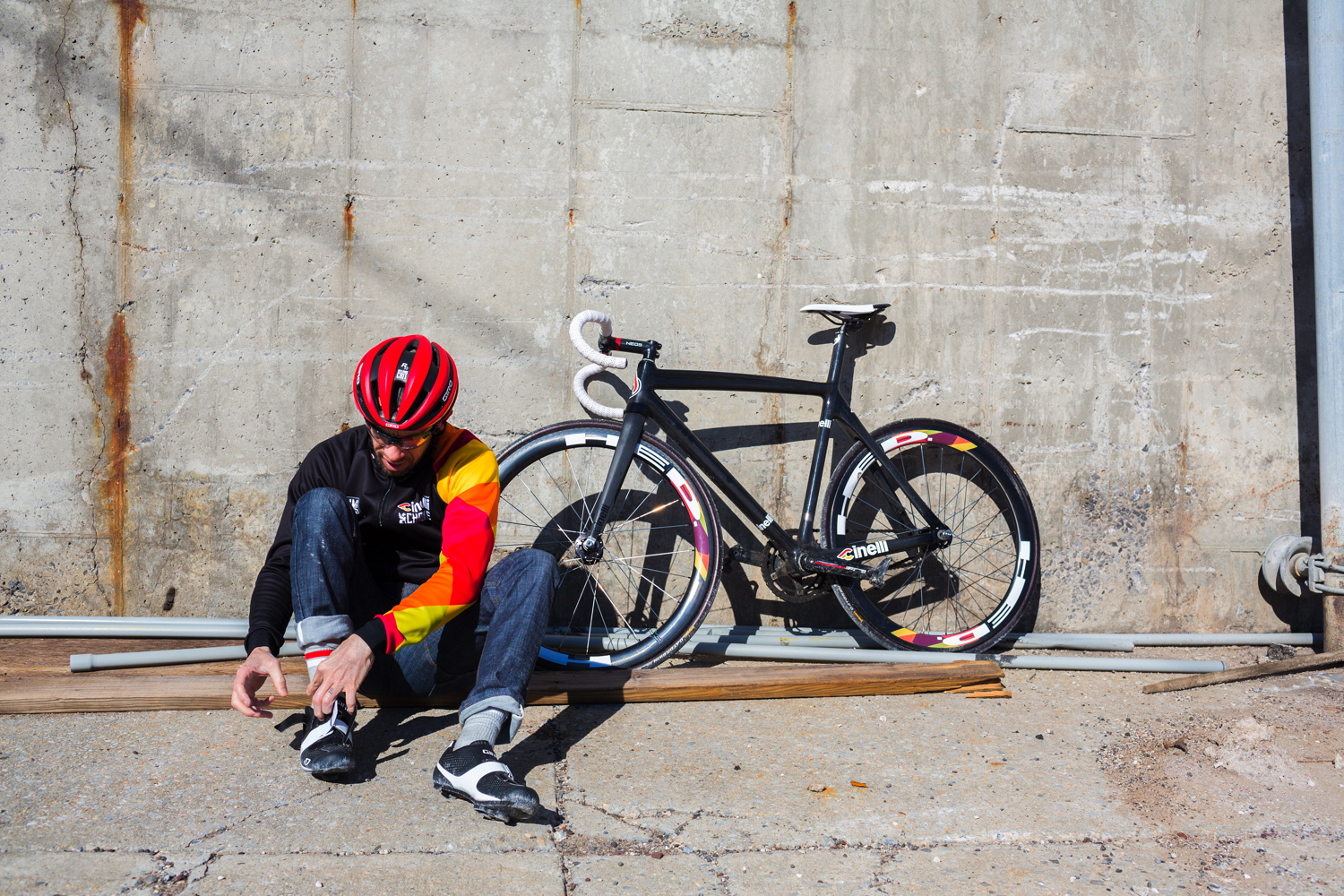 At eighteen, still hooked on riding and looking for a way to earn some cash, Bobé started work as a courier, the one career option available to him that would let him ride all day and earn a living. “Back then messengers were all either artists who wanted the freedom, or criminals, because they couldn’t get any other kind of work. I was lucky, I wanted to ride and got a dispatcher, a big Rasta dude named Richard, who liked me, liked my speed. He used me like a goat on the daily and he taught me a lot about being a messenger, and just how to handle the New York streets.”

And handling the New York streets is what Bobé has been doing ever since, developing an almost spiritual affinity with the city. “I’ve been riding New York for so long that it all makes sense to me. Everything moves in such unison that no matter what street I ride or what avenue I go down, it’s always the same flow.” 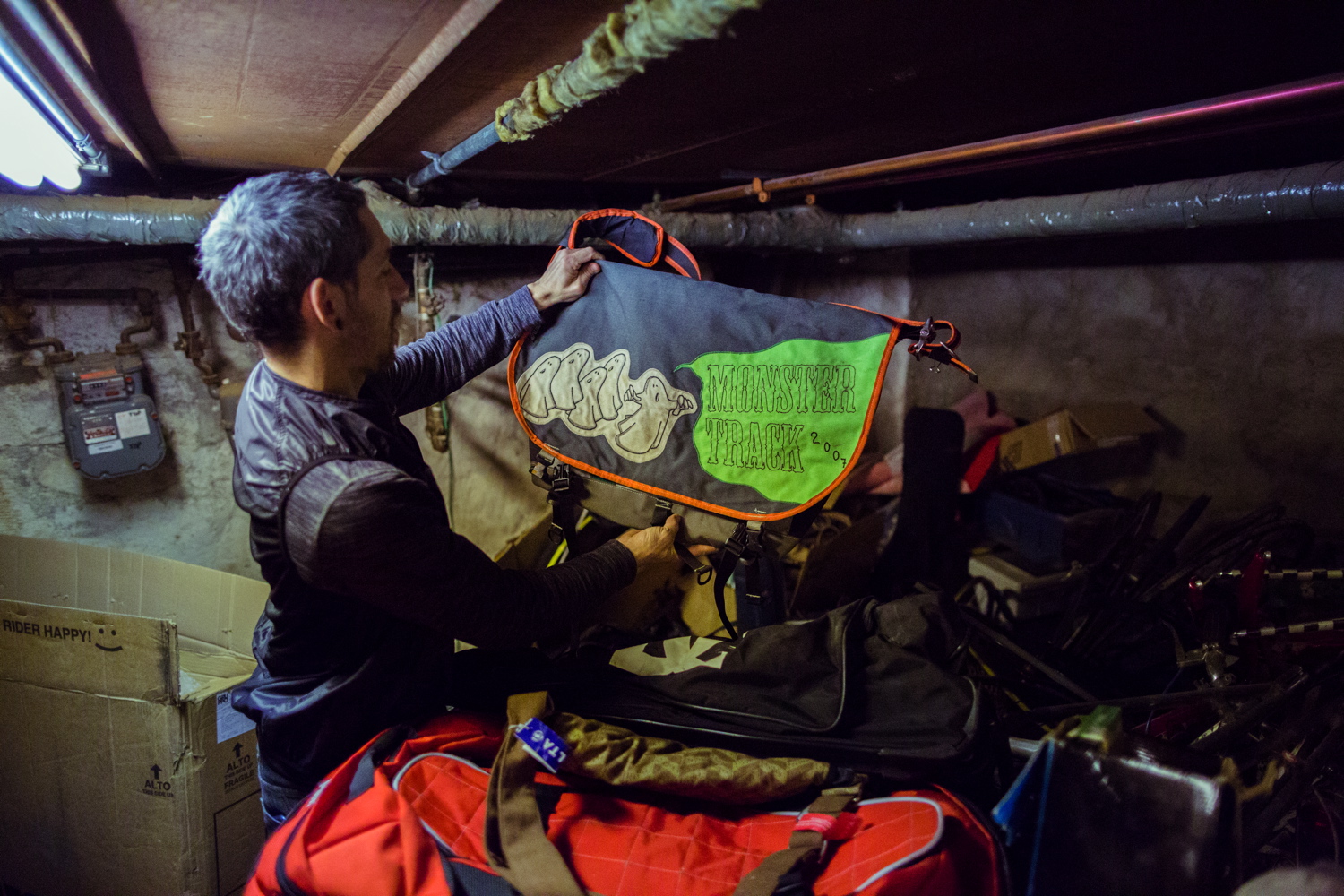 Now, with his underground racing legacy firmly in place, Bobé is focusing on bigger adventures. “I don’t have anything to prove anymore, I’m feeling good and concentrating on my family at the moment,” he says. “Last year I rode Monster Track with my eleven-year-old son Sebastian, who’s now twelve. He’s legit, he rides track at the US nationals. I was with him the whole way, we did just enough for him to be in the moment and he beat out 100 riders to come in sixty-sixth. It was a very cool experience.

“And my two little ones, they’re into it too,” he adds, smiling. “They love watching me on Line of Sight. To them it’s their father but it’s also a video game with all this crazy shit going on. They love it.”

Despite this contentment Bobé is still hungry to ride; he’s racing the Red Hook Crit tour this summer as part of Team Cinelli Chrome and hasn’t ruled out a run at a sixth Monster Track title next year. “I still love to compete man, but I’ve grown. All that craziness has gone out the window and now I channel everything into the moment, whether it’s family or racing. To me that’s truly life.”