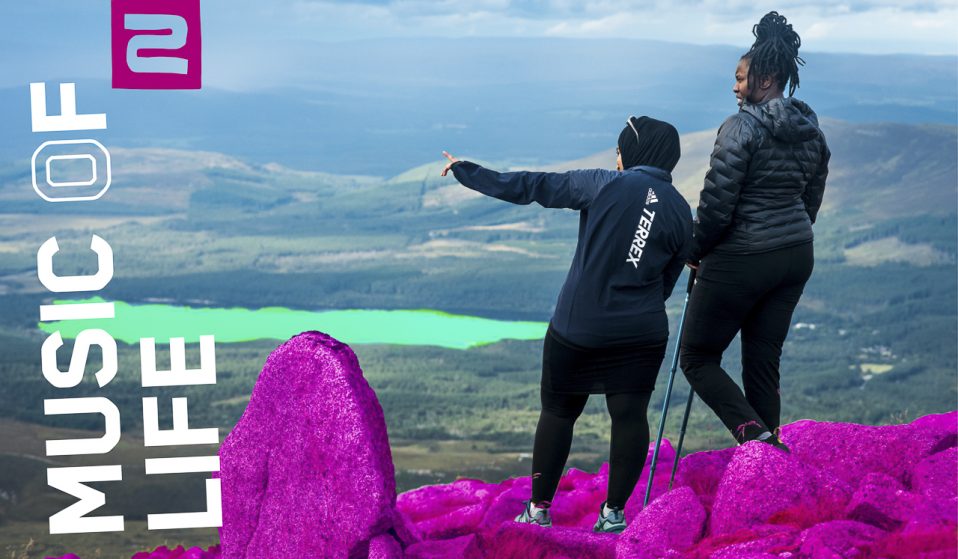 Steppers UK have created their own community: one that combines the sounds of the natural world with those of their favourite musical artists.

Through her organisation Steppers UK, Cherelle Harding has created her own community: one that combines the sounds of the natural world with those of her favourite musical artists.

When I think about my experiences in the outdoors, there’s always a soundtrack. For many people, the sounds they associate with being out in nature come directly from their immediate surroundings: a birdsong chorus, a trickling creek, the gush and swoop of wind as it hits you for six at the summit of a peak.

But for me, it’s always music. When I step outside, it’s rare that I do so without my headphones, an album queued up and ready to play. Perhaps this is detracting from the natural part of being out in the natural world. Perhaps not. But the point remains: when I think about being outside – wandering into woodland, hiking through hills – I think about the song that was playing when I did it. 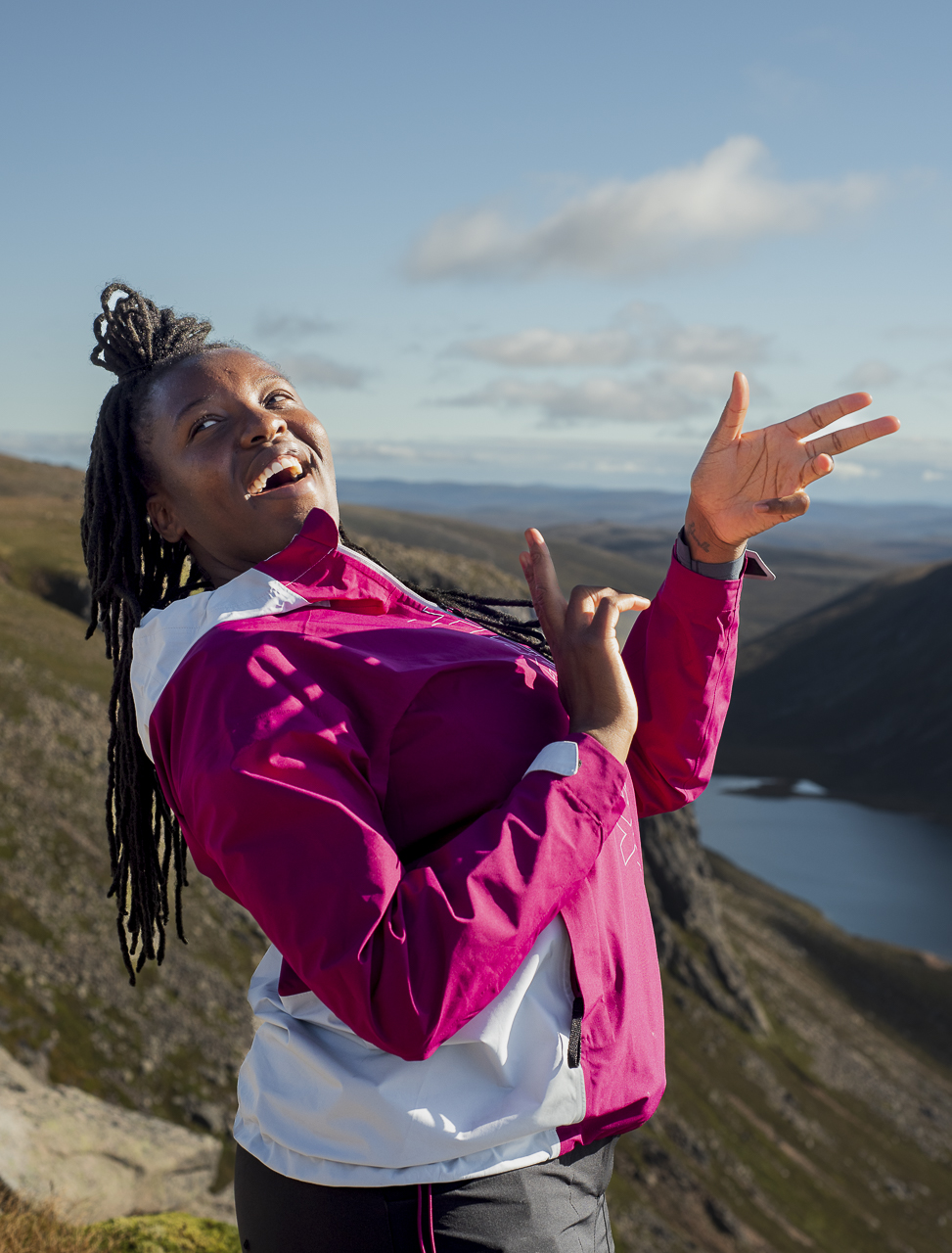 For Cherelle Harding, a youth worker from Coventry, the outdoors and music are also very much entangled. It was in her 20s, immersing herself in reggae, that she first saw herself represented in nature. When she listened to the sounds of Chronixx, Jah9 and – of course – Bob Marley, the link was clear as day.

“I would often see that representation of people in nature when I looked towards the Caribbean. [That’s] where my grandparents and ancestors came from and they listened to a lot of reggae music,” she says. “A lot of the language in the songs is about love and connection for nature, being outdoors and growing your own food. So through reggae music, I learned a lot about just the connection.”

“I think it’s often perceived that Black people have no interest in outdoor activities, climate change, connection to nature,” she continues. “But actually, all you’ve got to do is listen to the reggae song – it’s all about looking after Mother Earth.”

While Cherelle was a sporty kid (she ran and played basketball), she’d never have referred to herself as ‘outdoorsy’. While it was possible to access natural spaces in and around Coventry, they weren’t ones that she gravitated to. “For me, it was more just not something that people in my community did,” she remembers. “And sadly, that was a common thing.”

Reggae, however, began to change that. When Cherelle was 23, she began playing in a band, which further accelerated her growing relationship with the outdoors. She began venturing out to the places that had previously eluded her – usually with a playlist blasting in her ears – energised by the discovery of a whole new world.

One thing, however, began to grate. When she was out in nature, she often felt alone, rarely seeing anyone that looked like her. These feelings came to a head in 2019, taking the form of an Instagram story in which she vocalised her frustrations at the lack of Black people she’d encounter while out on walks. 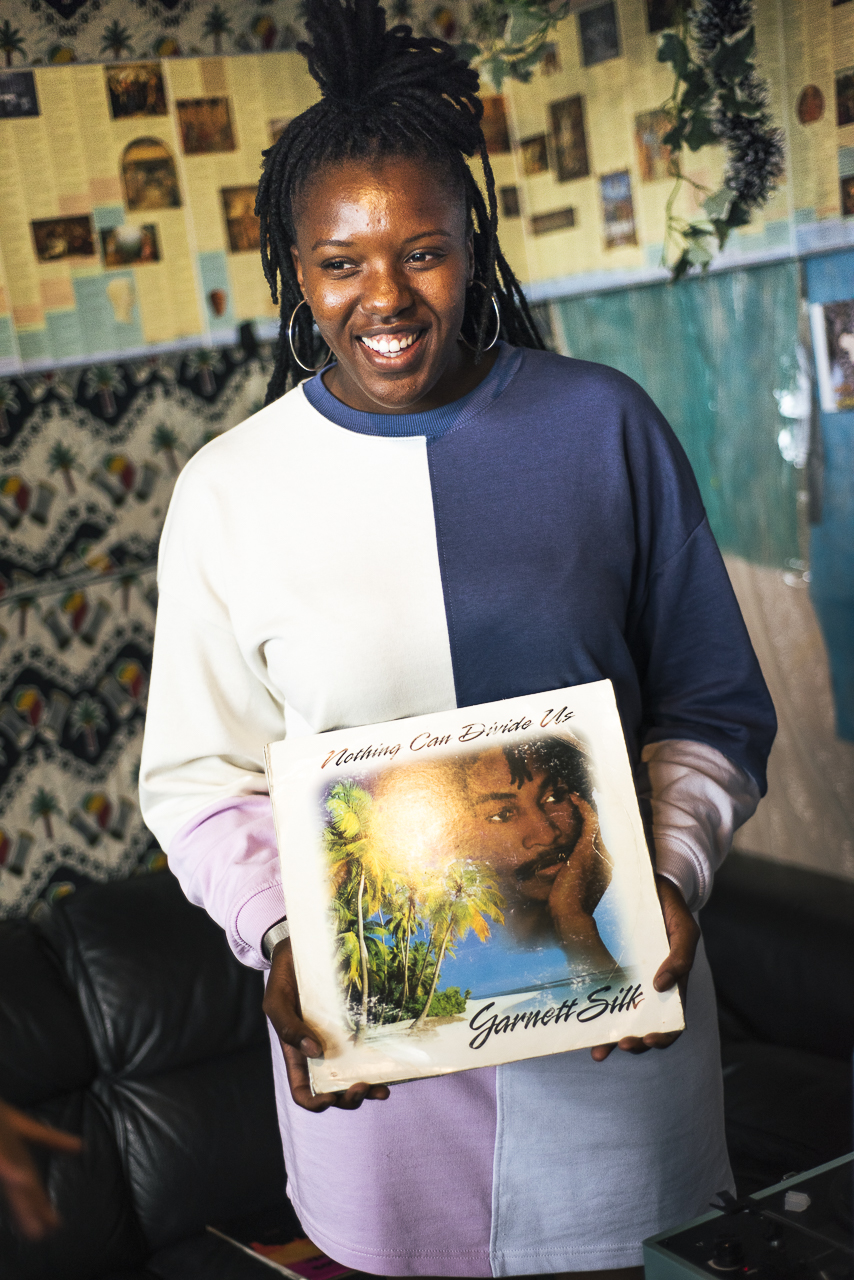 In response, one of her followers pointed her in the direction of Black Girls Hike, an organisation operating as a safe space through which Black women can explore the outdoors. Cherelle promptly joined and soon became embedded in the community, leading hikes herself as a core member of the group.  “You know, I feel like a connection to nature is innate,” she says. “But there has been a disconnect. But from the grassroots level, I really think what we’re doing is amazing.”

When the pandemic hit a year later, Cherelle went one step further and launched her own group. Titled Steppers UK, the collective was also born in response to the Black Lives Matters protest that swept the world following the murder of George Floyd. Their founding aim was simple: to support Black, Asian & Ethnic Minority communities in building “positive relationships with the outdoors”. 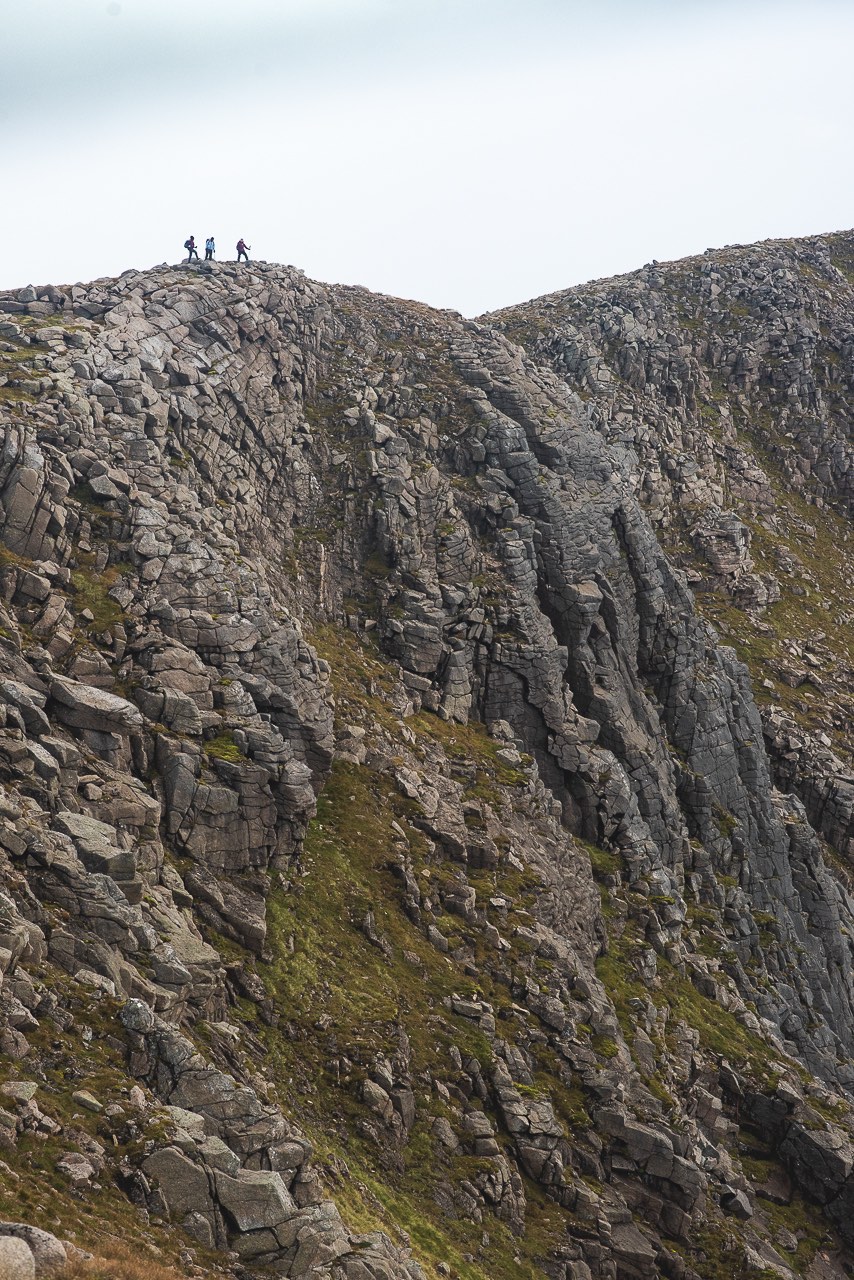 “At that time, there was a renewed focus specifically on mental wellbeing, racism – institutionalised racism – and making sure that there was representation,” says Cherelle. “I thought, ‘You know what? I have a skill that I can use – to encourage more people to be outdoors.”

For Cherelle, the existence of groups like Steppers and Black Girls Hike are of paramount importance: supportive networks that help illustrate the outdoors is for everyone, regardless of their background or experience. “On one trip specifically, there was a young black boy from Coventry – it was his first time hiking and his feedback was amazing. ‘I remember being like, I need to do more of this.’”

That’s exactly what she did. Steppers UK has snowballed since its inception: the group is currently touring all 46 Areas of Outstanding Natural Beauty (AONB) in the UK. Music, naturally, plays a key role too. On some walks, they will take a speaker with them, allowing the listening experience to become a collective one. Moving forward, Cherelle would love to install speakers around a walking route, in order to recreate the atmosphere of a dub festival.

For her, Steppers is an opportunity to combine two of her great loves – two worlds that exist in an enmeshed space, informing one another. Whether she’s sitting at home, listening to her favourite artists wax lyrical about the beauty of the natural world, or out there herself, witnessing that beauty to a soundtrack of her own creation, Cherelle is experiencing music and nature in a way that is unmistakably her. What makes her even more unique is her determination to share it with others.

“I love music, and I love the outdoors. So to be able to combine the two together? Yeah, that’s really nice. I find that I always need something kind of stimulating when I’m walking. I think it’s nice at times, like if I’m passing a waterfall or something, to have silence. But yeah… I’m a music girl!” 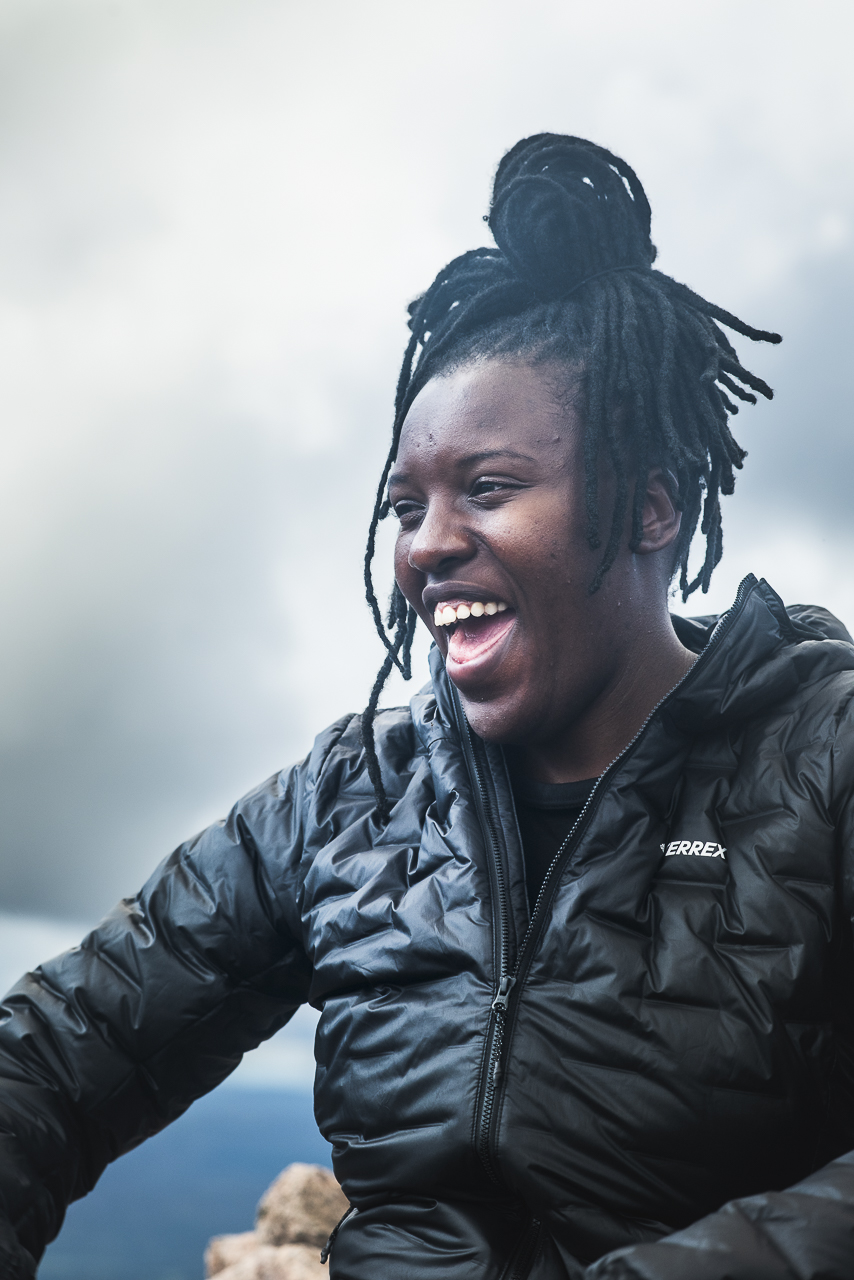 Linkedin
RELATED ARTICLES
OTHER ARTICLES
A new law change is enabling Britain’s donor-conceived children to know the truth about their origins – but campaigners say the fertility industry must do more to protect people.
AI companies that develop image-generators using copyrighted artwork from the internet are coming under fire from artists who say that it amounts to theft.
David 'Dee' Delgado’s photo project is about honouring and uplifting the city of his youth, and a world rapidly disappearing under the relentless onslaught of gentrification.
A new podcast is opening up the conversation between trans women and trans amorous men in the hope of building coalitions.
Since 2007, Gideon Mendel has made 20 trips to document floods in 13 countries. The result is an alarming record of what has already been lost to the climate emergency.
Filmmaker Laura Poitras discusses her new documentary which traces the remarkable life of the artist-activist and the impact of her battle against the US opioid crisis.