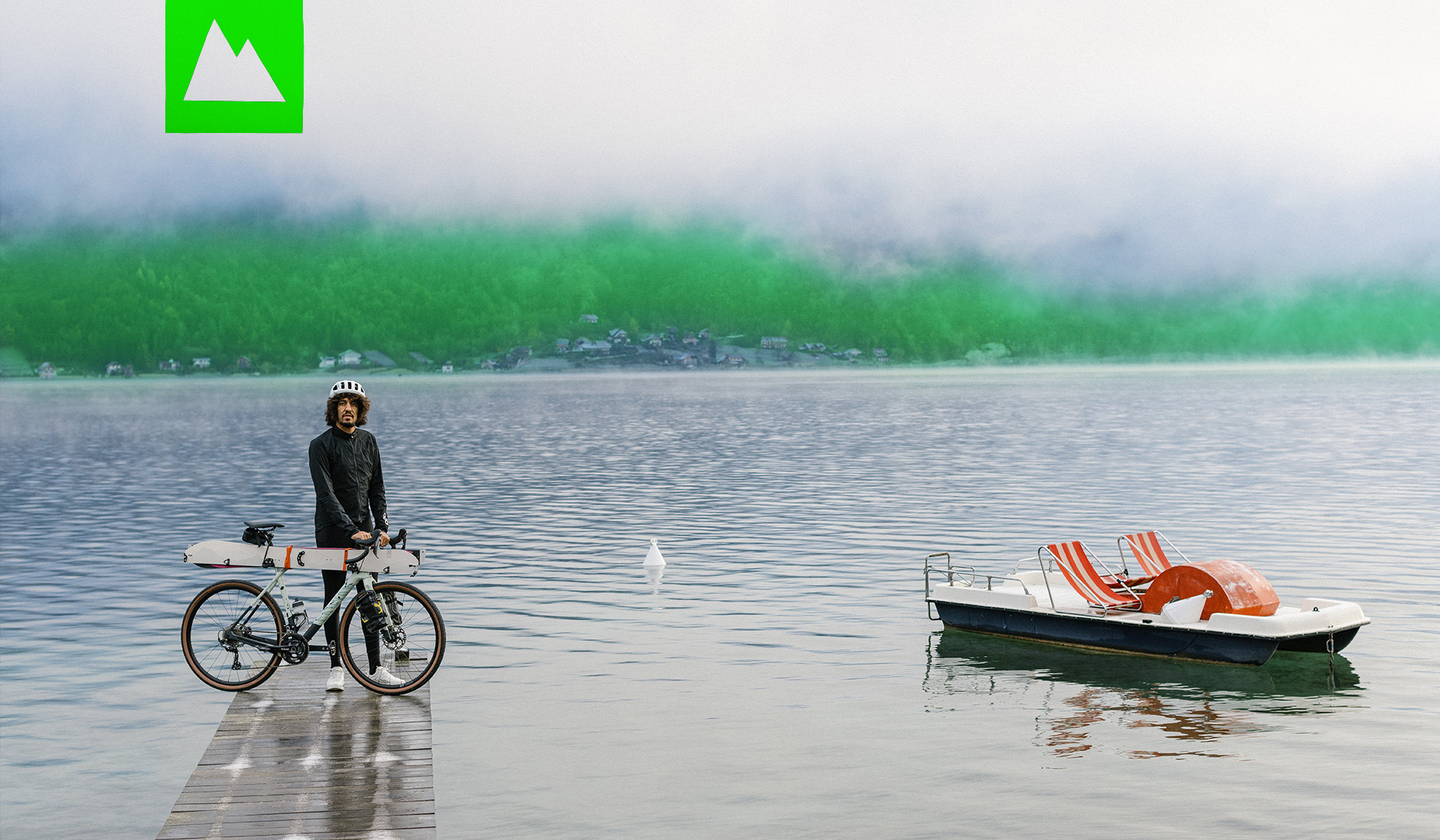 Aissam Dabbaoui knows from experience how it feels to be excluded from snowsports. And now through his High Five ski and snowboard film festival, he wants to help young people, especially those of North African origin, feel welcome in the scene.

For the last 11 years, Aissam and a white friend have run High Five, a ski and snowboard film festival in his hometown of Annecy, which has become a must-attend event for skiers and snowboarders across the Alps. In sponsorship meetings, brand managers and lawyers will often defer to his white colleague despite Aissam having set up the deals in the first place, and on more than one occasion it’s been suggested he duck the media interviews “because of the way he looks”.

Diversity in the outdoors has never had so much coverage, but Aissam feels he’s yet to see meaningful change in the industry. He recently went to an invite-only event for an outdoor sports brand. “There was one other brother in the whole place,” he says, “He was from Eritrea, and he was the DJ.” 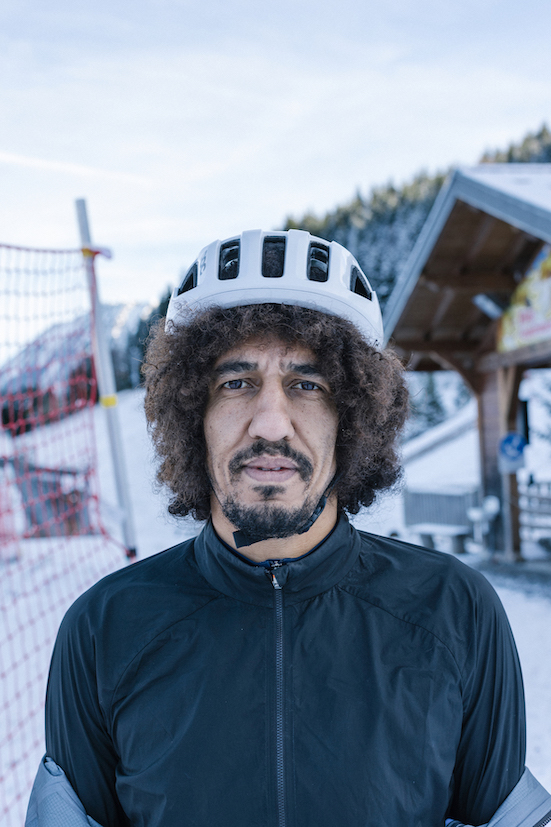 Two of the athletes Aissam works with are black. When he contacted brands about working with them two years ago, they didn’t want to know – but now those same brands are kicking down his door to do something. “They want to check that box,” he says. “I get it, brands need to show some diversity, but I also want the industry to work harder to move the needle, and not just do the commercials and social media posting. I don’t want to just be the black guy helping big brands show they’re doing something when they’re not actually doing anything.”

Why does it matter so much to Aissam? He grew up in France with Moroccan parents. They encouraged him to play football, which he hated (though he loved Morocco’s World Cup run), but they didn’t consider the outdoors a space for people like them. Every Wednesday, school kids who are based near the mountains have ski school instead of regular lessons. “You’re given a green piece of paper to take home for your parents to sign,” he says. “The first year I took it to them, and they put it in the trash, the second year I begged them to let me go but it was the same and the third year I didn’t even bring the slip home.” 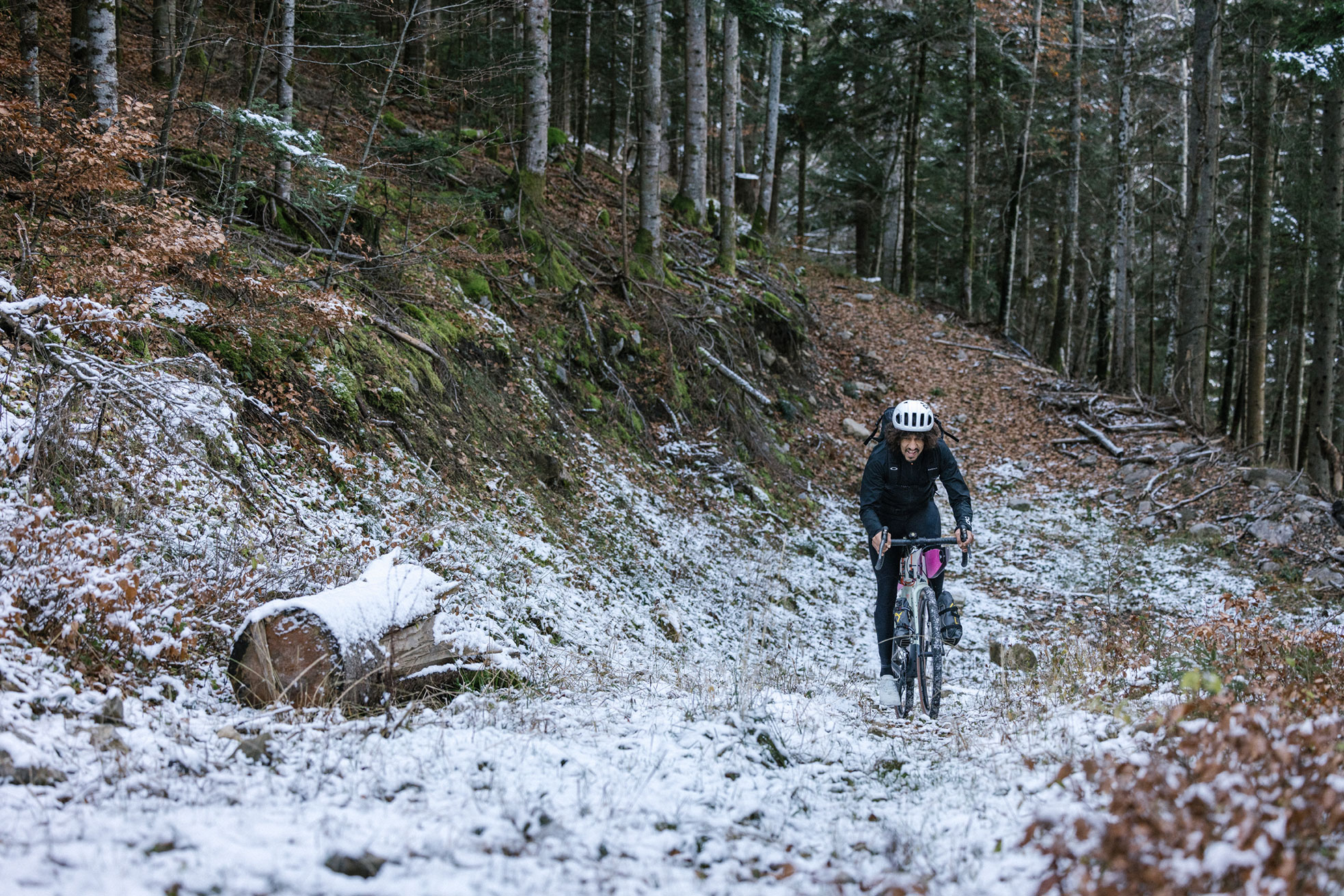 He felt excluded from his classmates and frustrated by his parents’ actions. Why does he think they were so against it? “None of the other guys in the neighbourhood were going so it was easy for them to say no, they didn’t want to be different. Moroccans, Algerians… none of my friends from childhood go skiing, even if they live at the bottom of the ski resort. It’s not part of our identity, so to my parents, I think sending me would have felt like betraying their people,” he says, which he thinks is because the resorts have never welcomed people of Arab origin or seen them as a viable market. 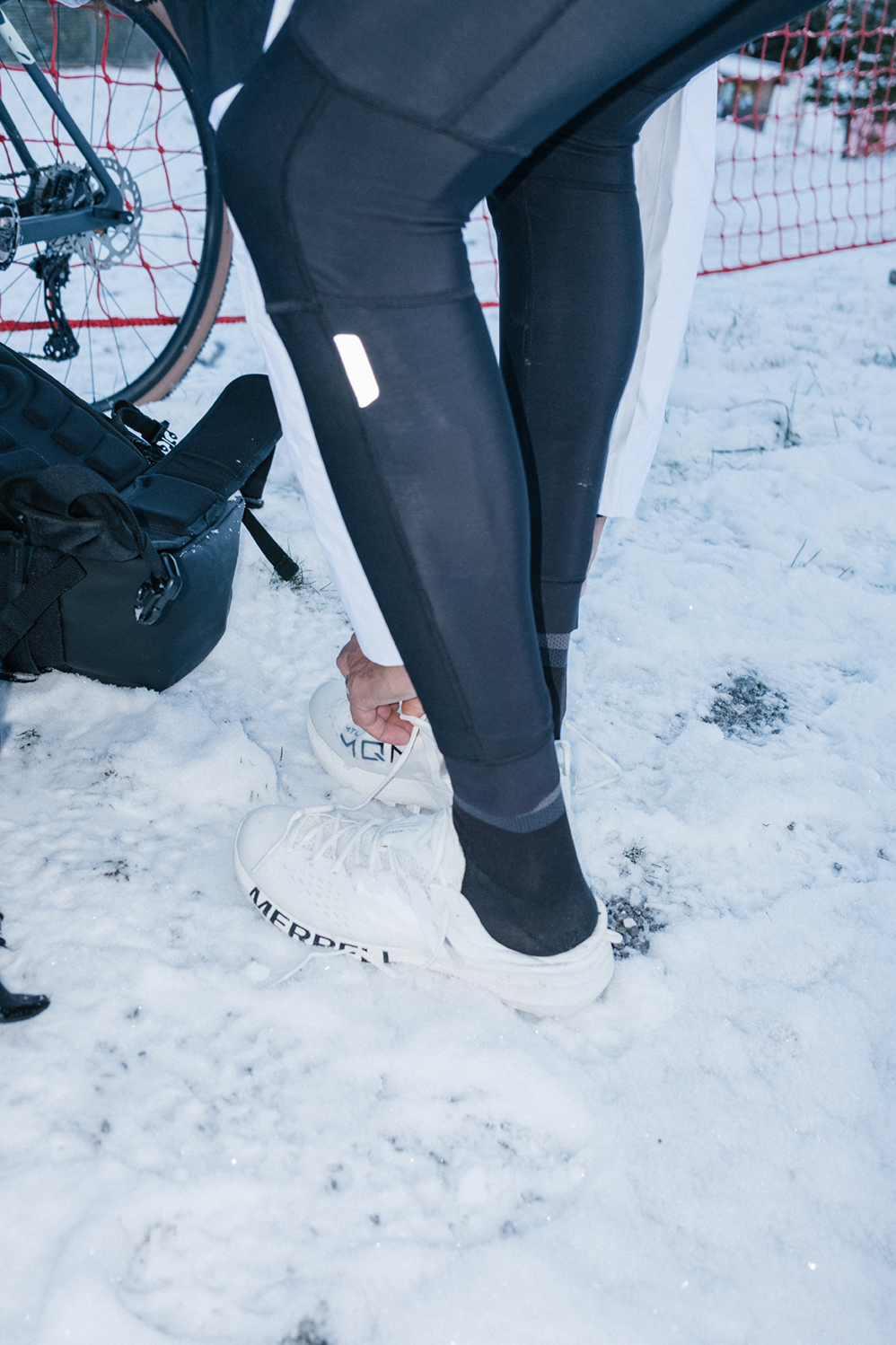 That said, Aissam does note wryly that some luxury French ski resorts do now encourage wealthy Arab guests from the Middle East to visit because they do a lot of shopping and it’s good for business. “If you put an Arab from the hood in the mountains, they’re going to get booted out, but an Arab with money, then they’re welcomed with open arms,” he says.

Aissam got into snowboarding in the late 1990s when he started going to the mountains with some white skier friends. “Snowboarding came along, and I thought I could be a beginner as everyone was a beginner and snowboarding had this rebellious, outsider status,” he says. “I fell in love with it right away and I’ve been hooked ever since.” He wasn’t welcomed as such but he had a tight crew and didn’t care if people gave him funny looks, as they sometimes still do today. “I’m like a unicorn, people stare at me as if to say: ‘Are you sure you’re in the right spot?’” 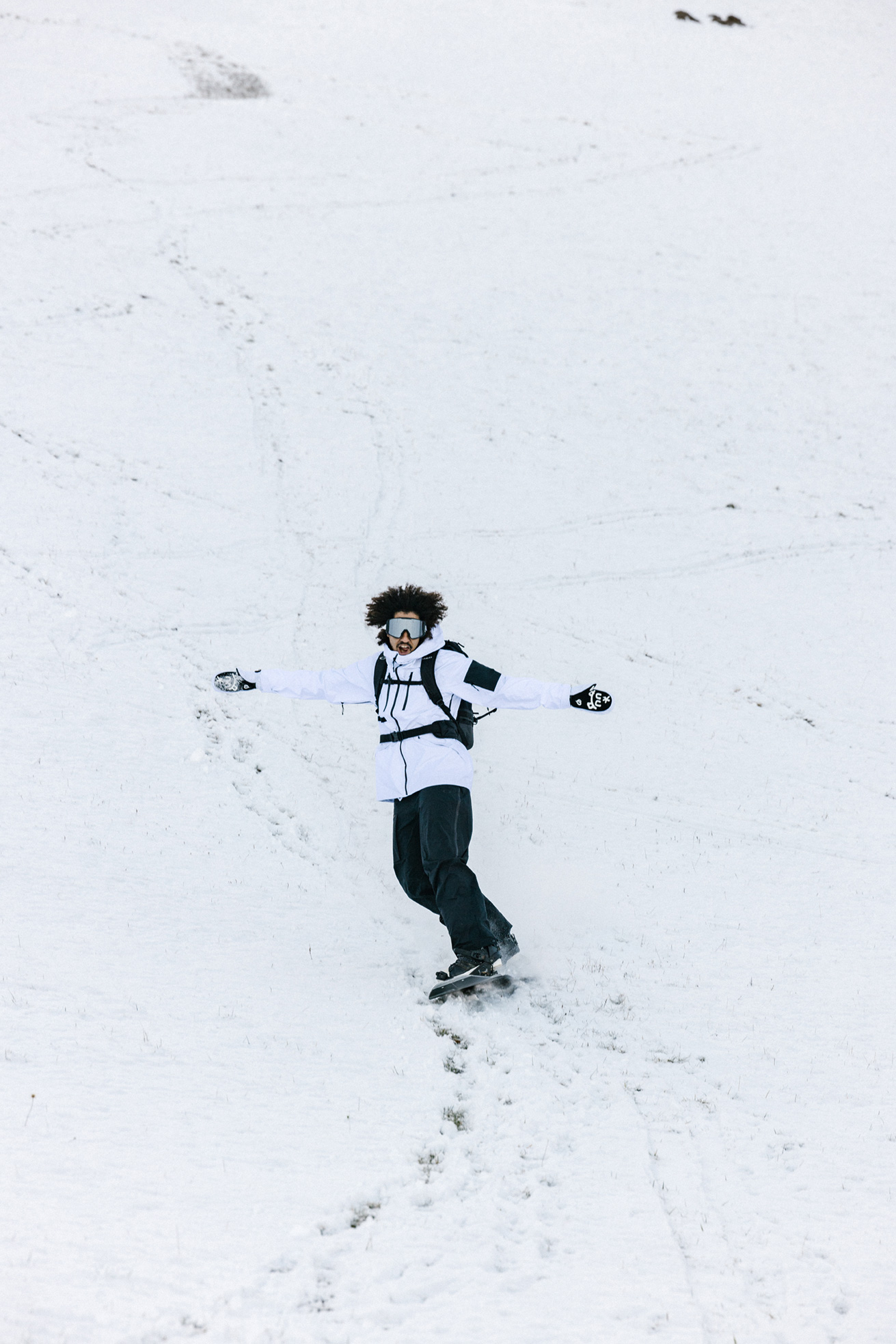 Snowboarding completely changed Aissam’s life trajectory and, twenty years on, his days are still centred around being outdoors. He’s taken up climbing, cycling, trail running, paddle boarding, surfing and lake swimming. “For me there is no life without doing sports in the outdoors,” he says, “It’s my fuel and if I go a few days without doing it my brain doesn’t work so well and I’m a pain in the butt.”

With these experiences in mind, when Aissam set up High Five, he vowed to use the festival to open up the outdoors to young people of colour, knowing only too well how life-changing it can be. “I want to bring kids in who don’t know about this world, to show them it’s cool and fun and not that hard. To help those with Arab names or wearing the hijab or kids who don’t speak the language very well,” he says.

Whether that’s going into schools or doing a film tour or pushing for funding to help get kids out on the mountain, he wants to open as many doors as possible. “In snowboarding, we have a tendency to just talk to our crew, the snowboarders, but what about the kids that don’t even know about these sports and would maybe love it?” 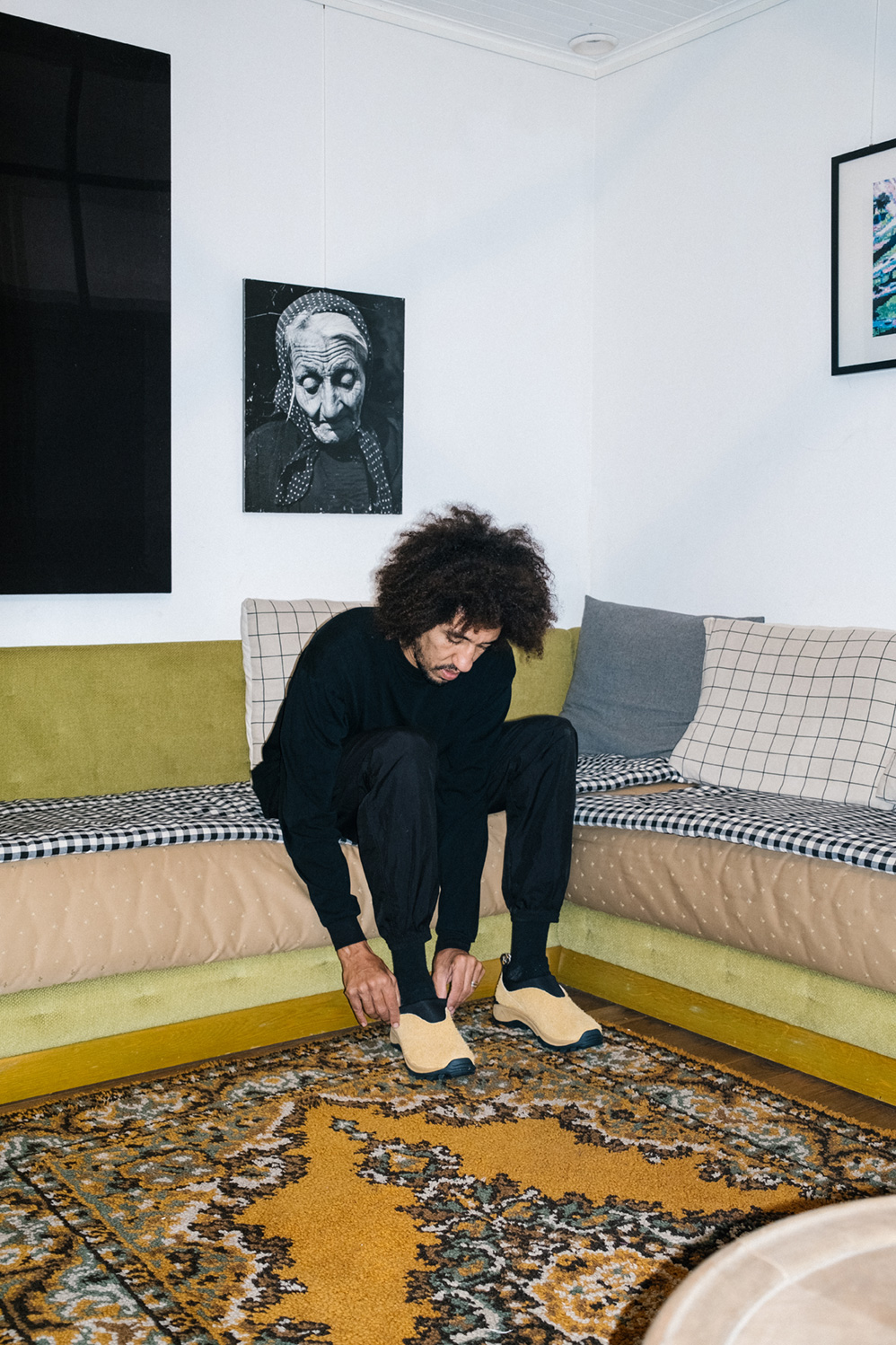 Not all kids will take to it of course, but he believes if you can convert one out of ten, you’re making a genuine difference to people’s lives and the snowsports industry which he thinks is at risk of dying if it doesn’t broaden its appeal to a young diverse audience. “It’s not that trendy now to go to the mountain, it’s expensive and not that cool, and we need to turn that around,” he says.

He thinks the resorts need to do more to make the mountains more inclusive, and not just in terms of hiring a more diverse workforce – though he says that would help, especially in terrain parks and other visible roles. “Hang a picture of a black snowboarder up, put people of colour on the cover of the piste map, expand the food options for different cultures, think about the music you’re playing. These gestures might seem small and superficial but they’re a start and we need to move beyond the old ways,” he says.

For Aissam, resorts today are set up for a clientele who love the idea of a cosy ski holiday but spend more time in restaurants and their chalets than on the mountain. “They’re missing out on the passionate ones who want to ski or snowboard from first lift to last chair,” he says. One way to find them? “Invite kids of colour to the resorts before they become teenagers and find their own obsessions and interests. They’ll get their first taste of snow, their first slide, and they’ll always remember it and want to come back.” 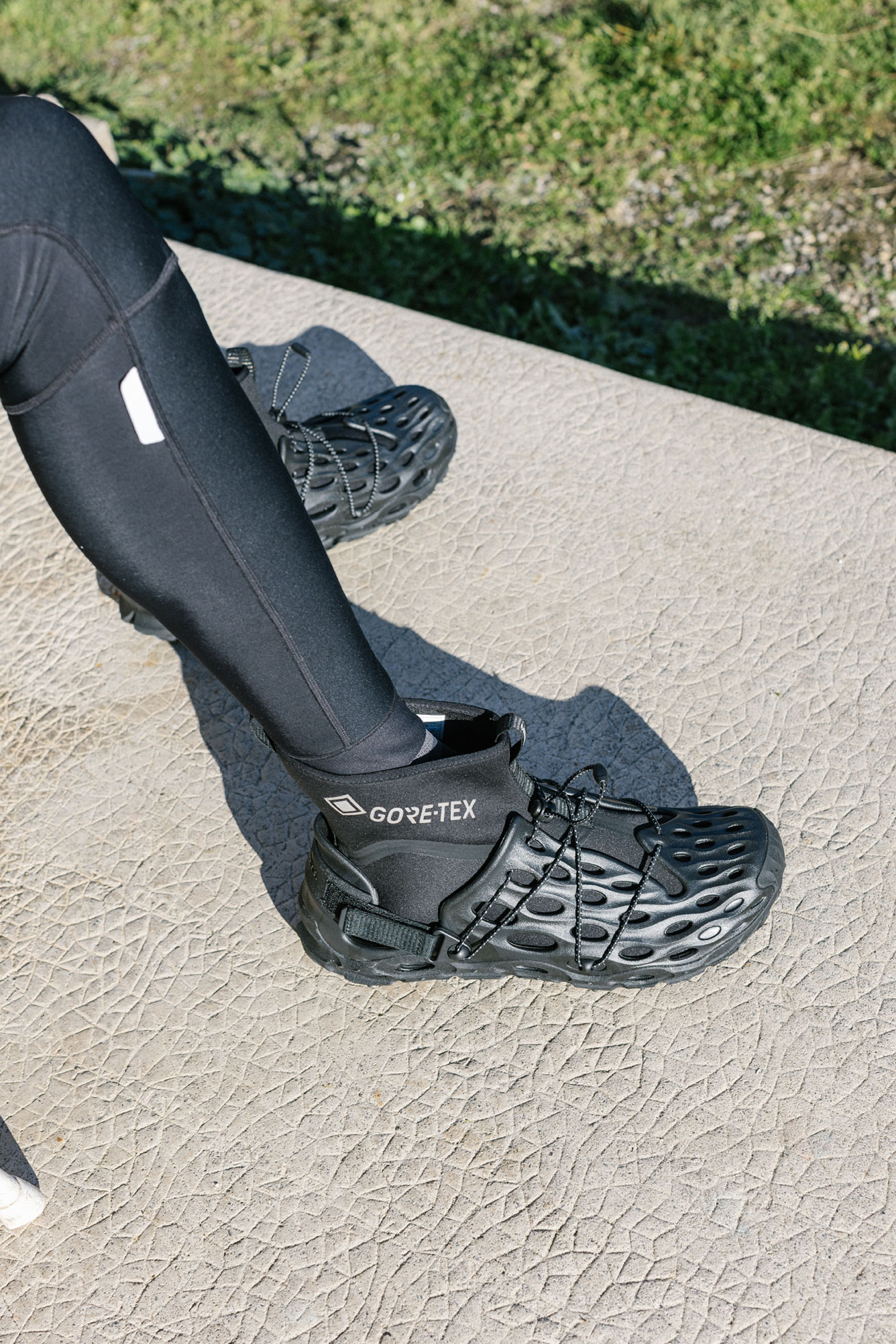 Aissam is pictured wearing the new Hydro Moc AT Neo GTX from Merrell 1TRL, an evolution of the iconic Hydro Moc that’s been re-engineered with a GORE-TEX sock that takes waterproofing to the next level.

1TRL is an exclusive collection of outdoor footwear designed and curated by outdoor footwear innovator, Merrell. Sitting at the intersection of contemporary culture and outdoor performance, 1TRL introduces new concepts alongside reinterpreted classic models, embodying the core principles of exploratory design, independent experimentation and respect for natural spaces that founded the footwear giant.

Linkedin
OTHER ARTICLES
Filmmaker Laura Poitras discusses her new documentary which traces the remarkable life of the artist-activist and the impact of her battle against the US opioid crisis.
Activists and campaigners are fighting back against new laws that would seriously undermine the ability to take industrial action, calling it an attack on fundamental workers' rights.
Photographer Sean Maung reflects on documenting a small town in Pennsylvania afflicted by high levels of unemployment, poverty, violence, crime, and addiction.
Since 2007, Gideon Mendel has made 20 trips to document floods in 13 countries. The result is an alarming record of what has already been lost to the climate emergency.
The action took place in response to the 200 asylum-seeking children who were placed in hotels run by the Home Office who have gone missing.
AI companies that develop image-generators using copyrighted artwork from the internet are coming under fire from artists who say that it amounts to theft.