Outdoor / The polar explorer who wants to change perceptions 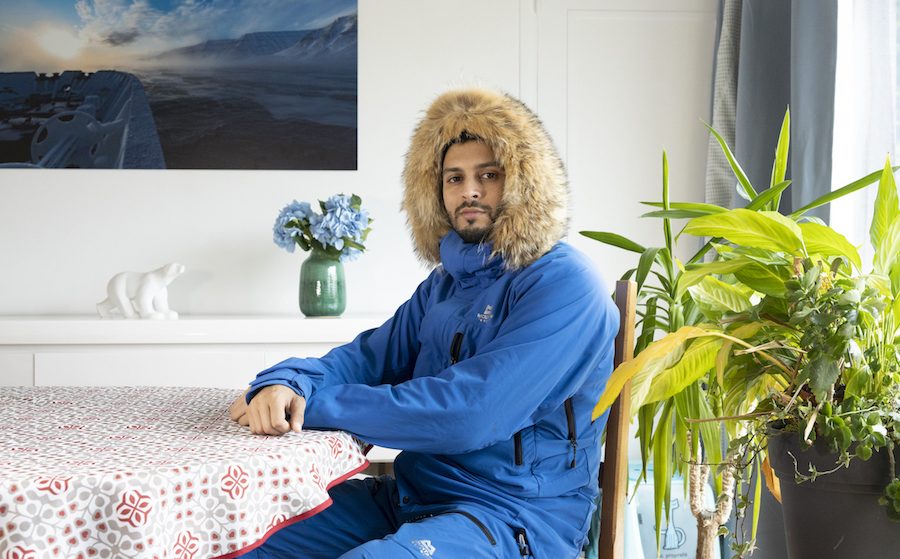 Moufid Taleb is used to getting funny looks when he’s training. This isn’t surprising, given his sessions involve dragging a line of tyres through his local park and streets several times a week. The 27-year-old, who lives in Rouen, a city northwest of Paris, used to stop and explain to passersby in great detail how the tyres mimic a pulka(a sledge without runners), and how the setup weighs less than a sledge but requires a similar physical effort to pull it due to the friction from the tarmac.

But now, as his workouts have become more serious and his ambitions grander, he doesn’t have time to stop, so keeps it brief. “No, you can’t ride on them,” and “Yes I’m really training for a polar expedition!”

There was nothing in Moufid’s childhood to suggest he was destined for Arctic adventure. His family was sporty, they especially loved football and basketball, but none of his relatives past or present had ever been explorers or even talked about such things. “Absolutely none,” says Moufid. “It came out of nowhere. Even my girlfriend was puzzled by it.” 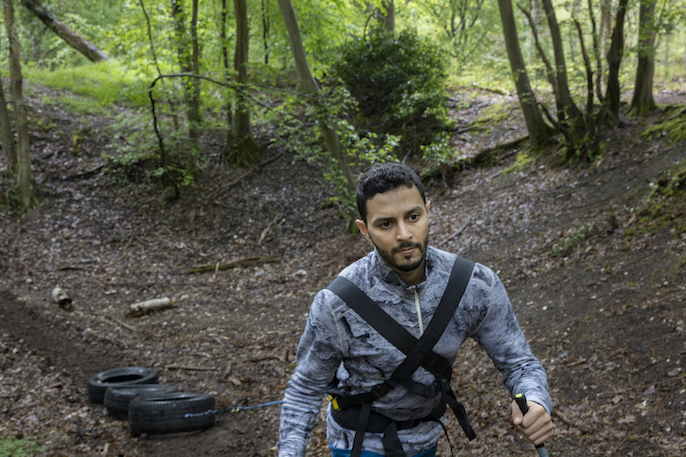 Moufid read widely and voraciously as a kid, immersing himself in everything from fantasy worlds and football stories, to classic literature and tomes about the natural world. “I read a lot of books and dreamt of many things,” he says. After reading a famous French science fiction series about ants, he kept his own colony for two years. And at age 12, he read Philip Pullman’s Northern Lights trilogy and became obsessed with Svalbard. The frozen archipelago, which sits in between mainland Norway and the North Pole, seemed to him “a wild and wonderful place”. But as he moved onto new books and fresh topics, his interest in the Arctic waned.

Then one evening, when he was in his mid-20s, and working as a web developer, in a “warm, comfortable office”, his girlfriend asked what his dream travel destination would be. “She likes beach holidays, so was hoping I’d suggest somewhere tropical, but I found myself thinking of Svalbard again and wondering whether I could go there,” he says.

Stirred by those childhood reading memories, he started to research the Arctic, but it quickly became clear he wanted more than a standard package holiday to spot the Northern Lights. “I’m a very enthusiastic guy,” he says, “When I see something I want to go deeper into it. So, I started to research how people there managed the cold, how they lived alone on the top of the world so far from everything, and then I started reading about the first pioneers, the people who did those first polar expeditions.” 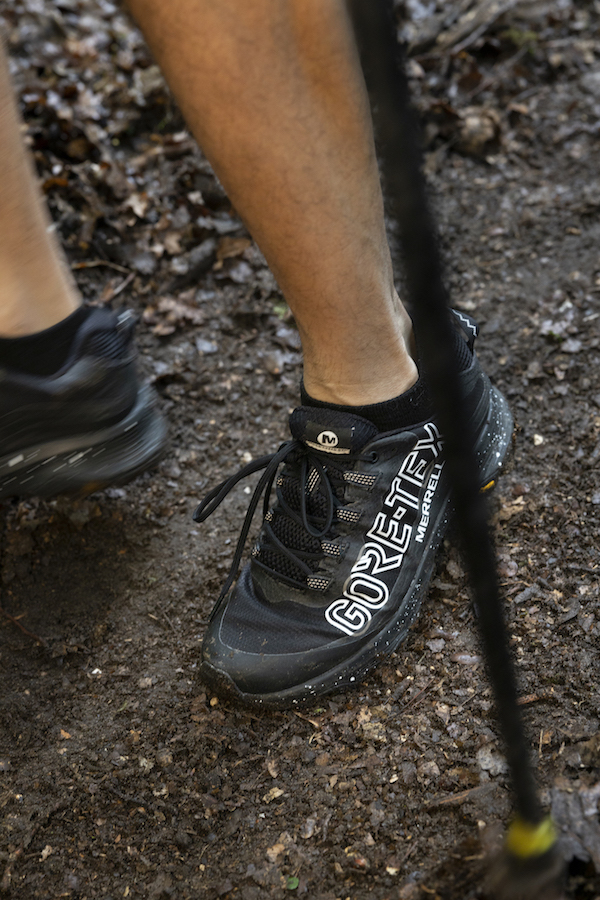 He was inspired by Ernest Shackleton, Fridtjof Nansen, Mike Horn, and more explorers old and new, and particularly enjoyed learning about the French adventurer Paul-Emile Victor, who once traversed Greenland. “I told myself, ‘If they did it, there is no reason I can’t.’ I’ve always wanted to get some adrenaline in my life, and to get closer to nature, to feel a part of it rather than seeing it from afar. So, I told my friends and family I want to sleigh across Greenland. This is the thing I want to do in my life.”

Moufid’s friends and family were surprised but supportive. To achieve his goal, he needed to somehow source the right equipment and finance, which he did by persuading brands to lend him kit and crowdfunding the rest. He also knew he had to test himself on some smaller training expeditions.

His research showed Hardangervidda in Norway would be a good Greenland warm up but when the National Park was closed due to Covid he switched to the Sarek in Swedish Lapland, heading there in February 2021. Violent winds meant he had to reverse his planned route and start from the point he’d intended to finish from. This meant his climbs were much steeper and tougher, which neither he nor his equipment was prepared for, as Greenland is relatively flat with only gentle climbs. But he dug in, spurred on by the “supernatural landscapes passing before my eyes”.

A seemingly frozen stretch of water also proved challenging. It should have been safe enough to cross at that time of year but rapid temperature fluctuations, now more frequent in the Arctic due to the climate crisis, had caused the ice to melt in the middle. Moufid was testing the ice with his poles every two metres using the traditional methods he’d studied, and so far, it held solid, but a hundred metres in, he noticed a Swedish couple frantically waving and shouting at him to come back. 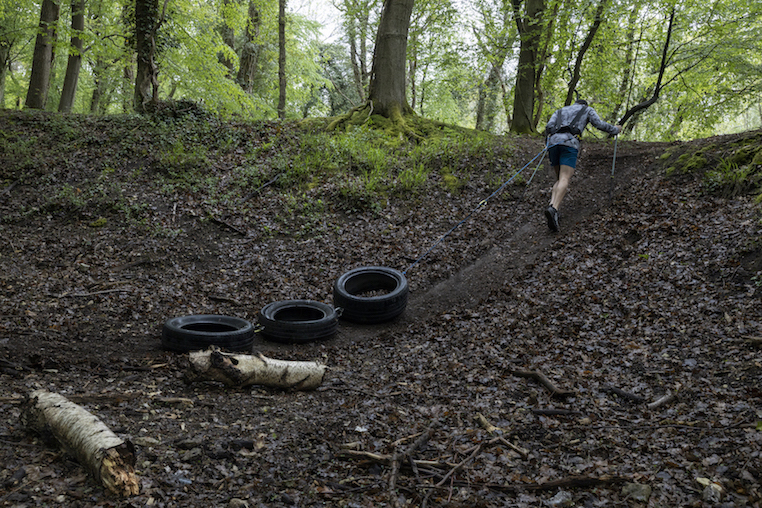 He heeded their advice, and when he reached them they told him several people had died that winter trying to cross at that spot. “I understood at this moment it was going to be complicated,” he says. He took a 15km detour and continued on his way, navigating more brutal hills, and warm sticky snow that was frustratingly hard for his skis to grip on. He also had to cope with fuel problems, frozen fingers and a wind storm that engulfed his tent with snow.

But Moufid returned to France pleased to have overcome such obstacles and feeling more motivated than ever for his Greenland mission. “It didn’t put me off,” he says, “I want to do it more. I have great memories from this trip, even if it was hard.”

In 2022, he plans to train in Hardangervidda before his big Greenland expedition in spring. And in the long term he would love to become a professional explorer rather than squeezing in training and trips while working full time and fitting in warmer holidays with his partner. He says he’s driven partly by the intense physical and mental challenge of it all, but he also wants to raise awareness of the fragility of these unique polar environments. “[I want to] To show people how beautiful the things we’re destroying are,” he says, “And to help young people reconnect themselves to nature.” 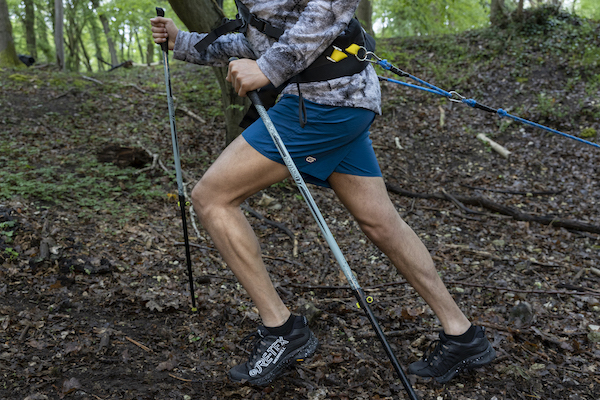 Moufid has been particularly inspired by the reaction he’s had while giving talks to schoolchildren about his adventures. He says, “Their teacher told me they were studying about Shackleton and his Antarctic expeditions, but they preferred to hear my story, as they said they find it much easier to identify with me than an old explorer from the past in a book.”

Does he think that might be because most famous polar explorers, past and present, are white? “To be honest, I’ve never felt the slightest discomfort with that fact. I never saw anything in them other than human beings with dreams they worked very hard for,” he says. “It’s a dream any human can have and work to make it come true.”

As Moufid prepares to head out again with his tyres, harnessed to a rope around his hips, he hopes his polar adventures will inspire future generations to do just that. 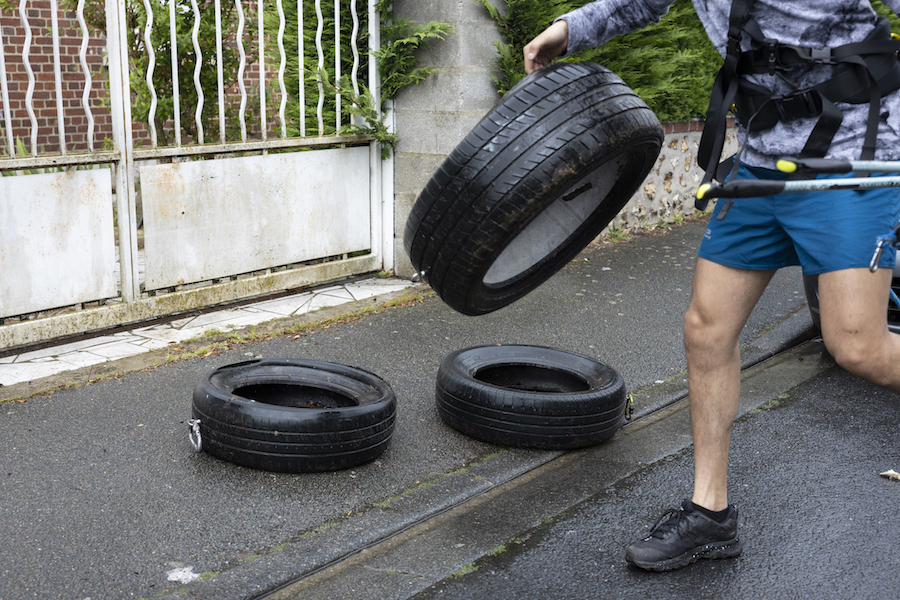 Moufid wears the Moab Speed GTX 1TRL from the SS21 collection. The exclusive Moab Speed GTX 1TRL takes the innovations of the archival Moab and updates them for the ever-changing trail. Built on a Rock plate foundation with recycled laces, lining, and footbed. The shoe is engineered with Gore-Tex® waterproofing, FloatPro® and a Vibram® EcoDura sole, a compound made from a minimum of 30% recycled material. Available in triple black and triple white colourways with bold branding details.

Linkedin
RELATED ARTICLES
OTHER ARTICLES
The author discusses the all-consuming nature of heartbreak, and turning the experience into an incisive exploration of love and loss.
In the latest instalment of Photographers in Conversation, the chronicler of raves, protests and beyond explains why he’s drawn to such specifically visceral environments.
Freddie Miller’s new series of photographs investigates who today’s trainspotters are and what drives their unfettered enthusiasm.
Photographer Matthew Brookes recalls following a group of young people in Venice Beach living in search of the perfect wave.
Finland-born photographer Sirkka-Liisa Konttinen looks back on her decades-long documentation of life in Northern England.
With inflation now at a 40-year-high of 9 per cent, demonstrations organised by TUC took place to demand action from the government.