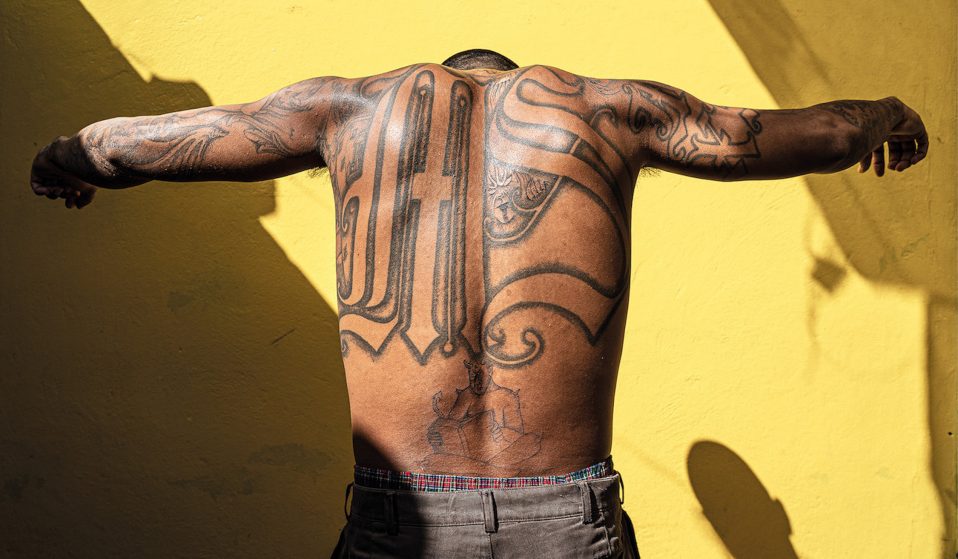 In a new series of photographs, Tariq Zaidi captures the control gangs have over the wider Salvadoran society and the grief caused by the pervasive violence.

In a new series of photographs, Tariq Zaidi captures the control gangs have over the wider Salvadoran society and the grief caused by the staggering levels of violence.

El Salvador has the highest murder rate in the world – a grim record predominantly down to its two warring gangs, Mara Salvatrucha (MS-13) and 18th Street (Barrio 18).

Almost 10 per cent of El Salvador’s 6.4 million population is estimated to be a member of either gang – through choice, coercion or intimidation. Male applicants for MS-13 must withstand 13 seconds of beating from those already initiated – and murder a rival gang member.

In his new photography collection, Sin Salida (No Way Out) (Gost Books), photographer Tariq Zaidi travelled to the dangerous streets and prisons of El Salvador, to understand how violence and terror at a frightening scale impacts the communities who live there. 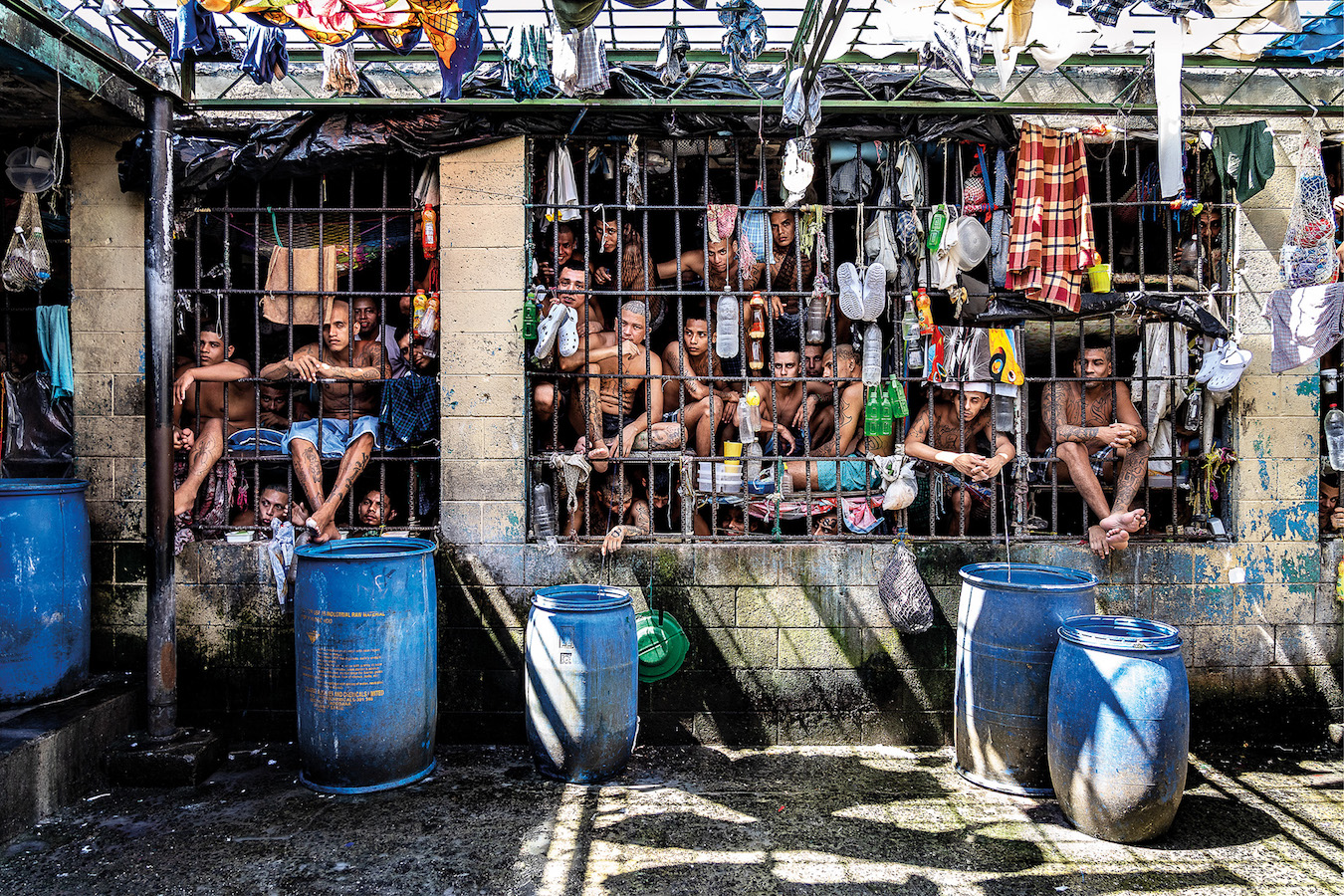 Inmates look out of a cell

It was a challenge for Zaidi to even gain access to the country. After assembling a team of local experts, journalists and fixers, it took months of writing to the government before he was allowed entry. Upon arrival, he quickly discovered a complex maze of gang-controlled territories, marked with graffiti, where even local politicians must pay to enter.

These strict borders are enforced by brutal means. Zaidi described a group of schoolboys who ran between these forbidden boundaries – presumably as entertainment. Eventually, they were attacked and one of the boys was kidnapped. His body was discovered in a ditch days later, decapitated. 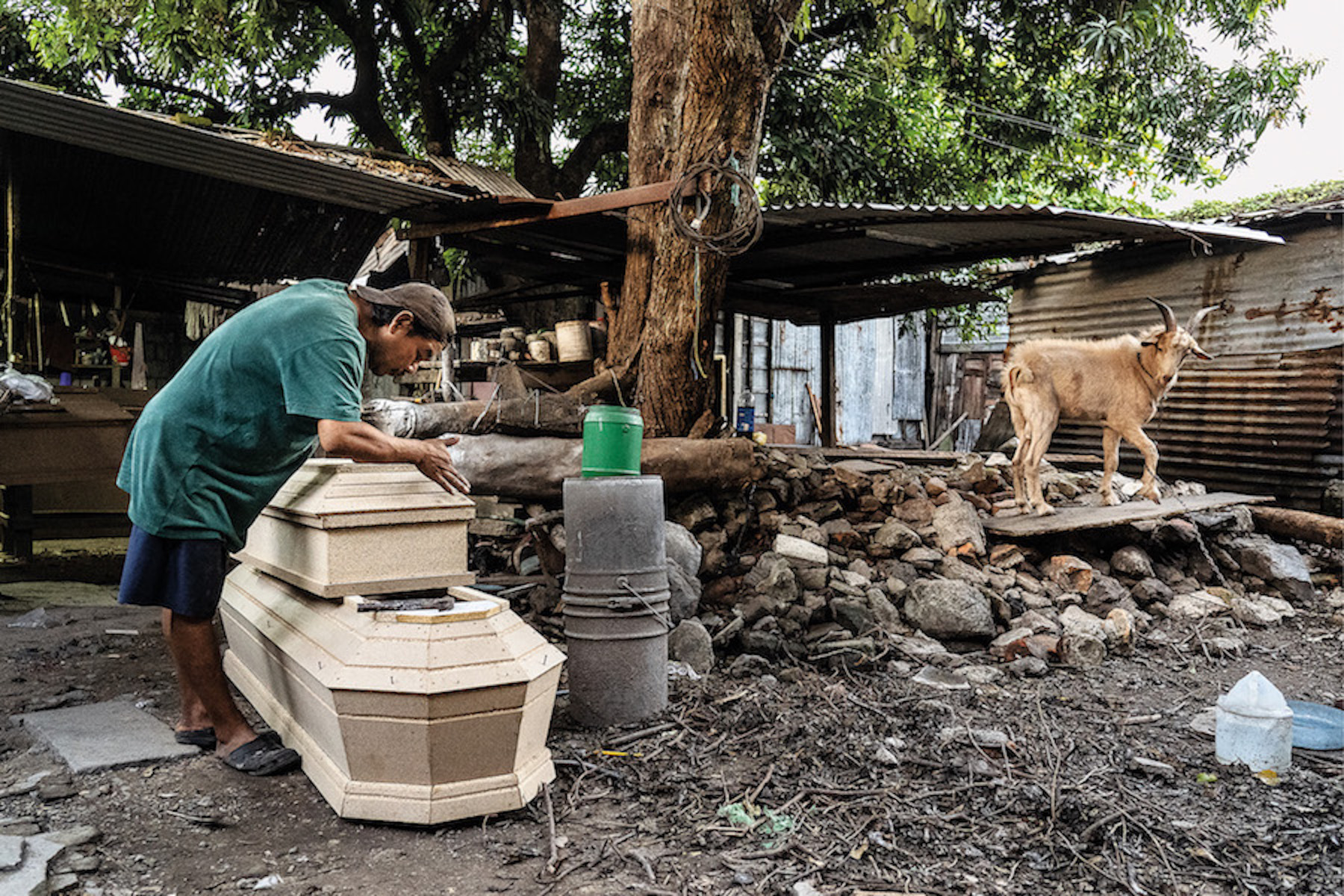 A man prepares coffins at his workshop

Mutilations are a common method of attack: bodies are hacked up with machetes and scattered, making it difficult for the authorities to identify them, or to track missing people. Disappearances are also common. Zaidi shared a particularly grisly example, where his photos were used to identify a body.

After photographing a decomposing corpse in a dam he was shown by a fixer, Zaidi was approached by a woman searching for her missing son. “She told me that she had pictures of [her son] from the night he vanished,” he says. “We put her cell phone pictures and my camera pictures side by side and you could see it was the same shirt material,” Zaidi explains. “As soon as she saw the pictures together, she screamed in pain.” 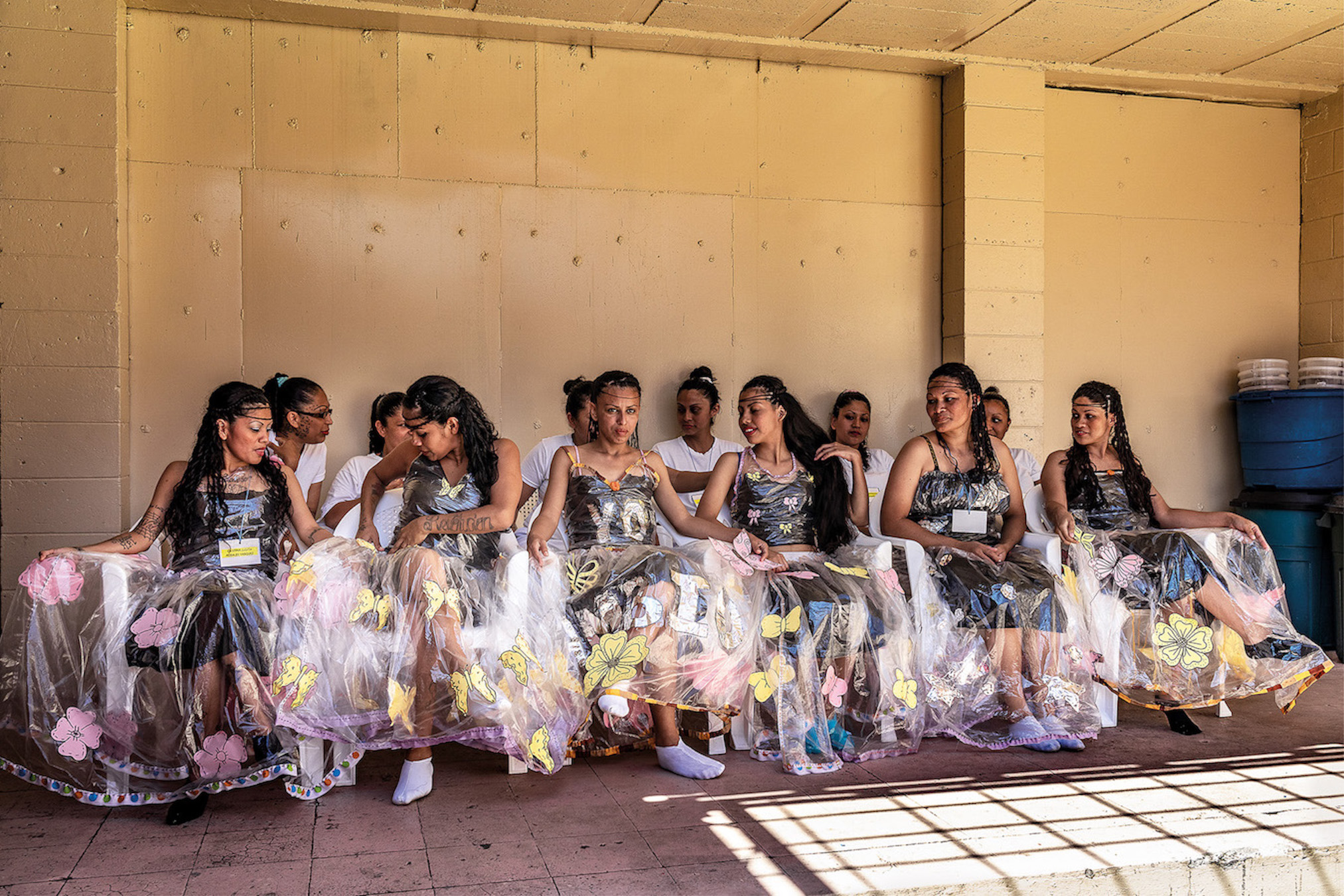 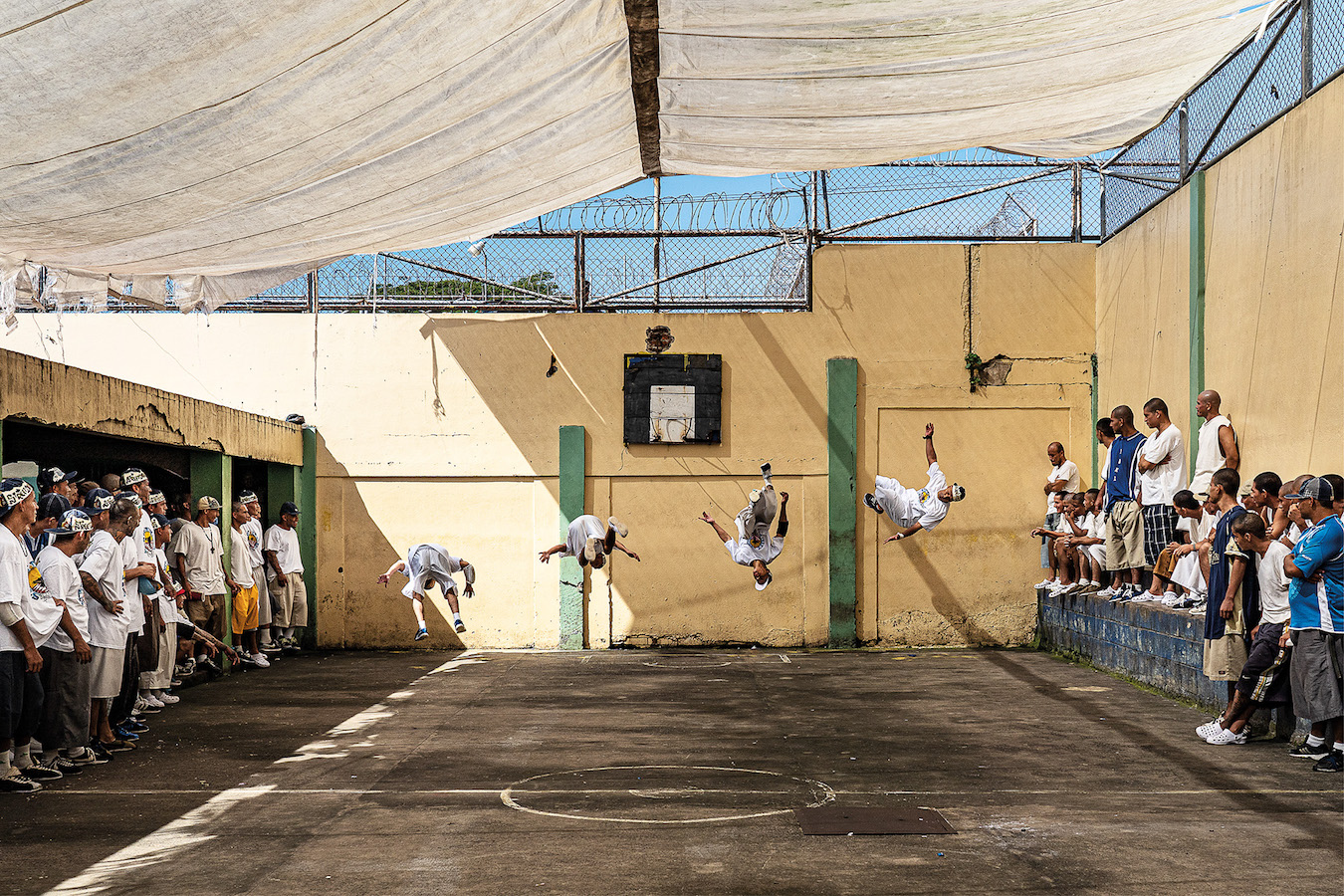 Zaidi discovered that death at a rate rarely seen outside of war zones has a profound effect on the national psyche. He describes a “complete breakdown in trust and safety”, adding that communities in El Salvador are “gripped by pervasive fear, violence and intimidation in a manner that’s rarely seen”.

The photographer also travelled to El Salvador’s overcrowded prisons. Jail was the only place he could speak to gang members directly. “The only way to meet them ‘safely’ is in prison,” he explains. “Because of the way gangs work, it is impossible to contact them outside.”

Incarcerated gang members are subject to strict rules, often allowed no visitors, phones and are confined to crowded communal cells. These cells are a hotbed of disease, according to Zaidi. “Extreme heat, unsanitary conditions and tuberculosis claimed the lives of many inmates – even before coronavirus,” he explains. 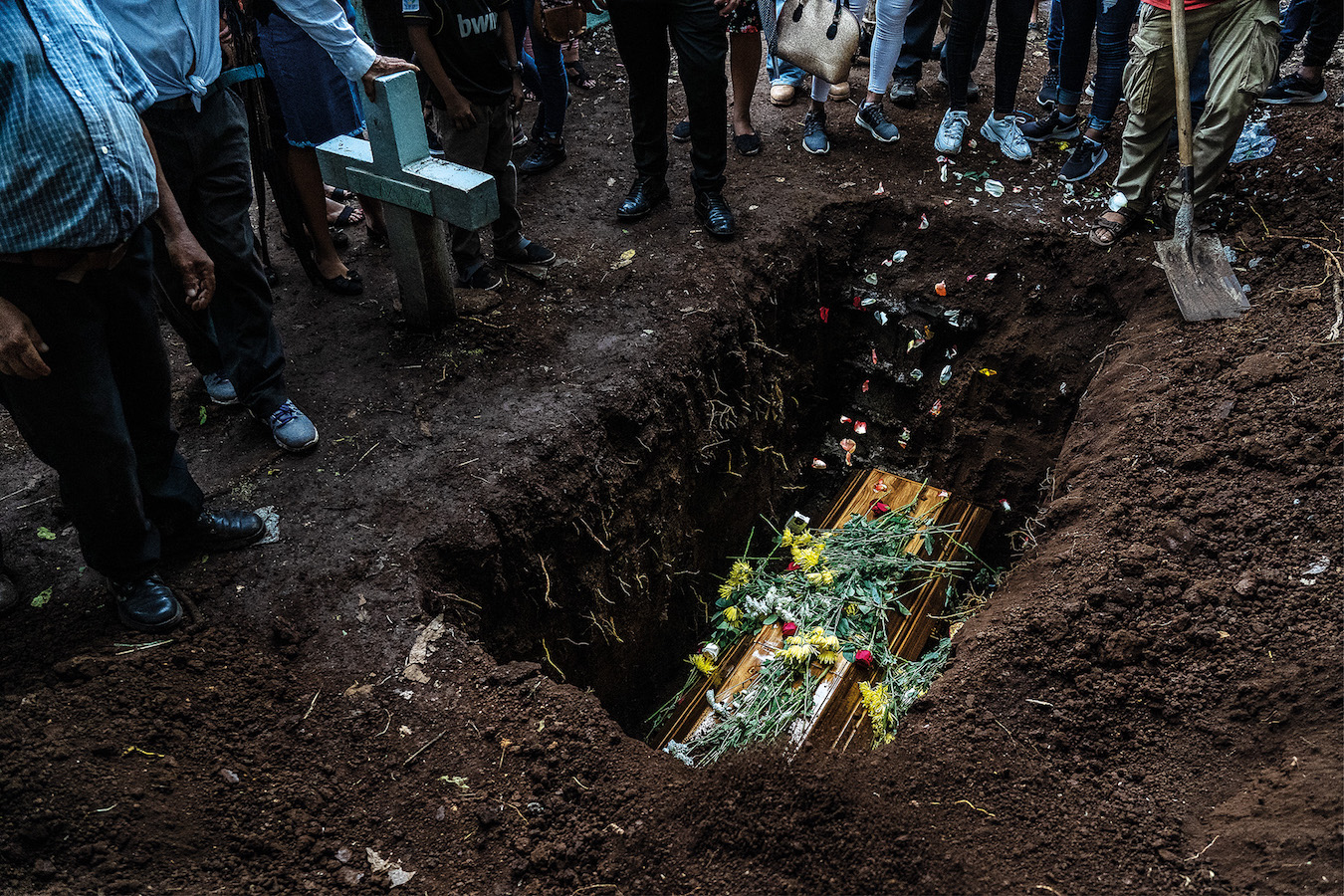 The burial of a young alleged gang member, age 22

Despite their imprisonment, incarcerated gang members exert a powerful influence. The former Minister of Justice and Security, Rogelio Rivas, estimates that incarcerated gang leaders order “80 per cent of all the attacks in the country”.

“A culture of fear pervades gang neighbourhoods: anyone – from the shopkeeper to the waiter – could be an informant,” reflects Zaidi. “Even funerals are held quickly, to avoid being sites of further violence. This culture of fear paralyses Salvadoran society.” 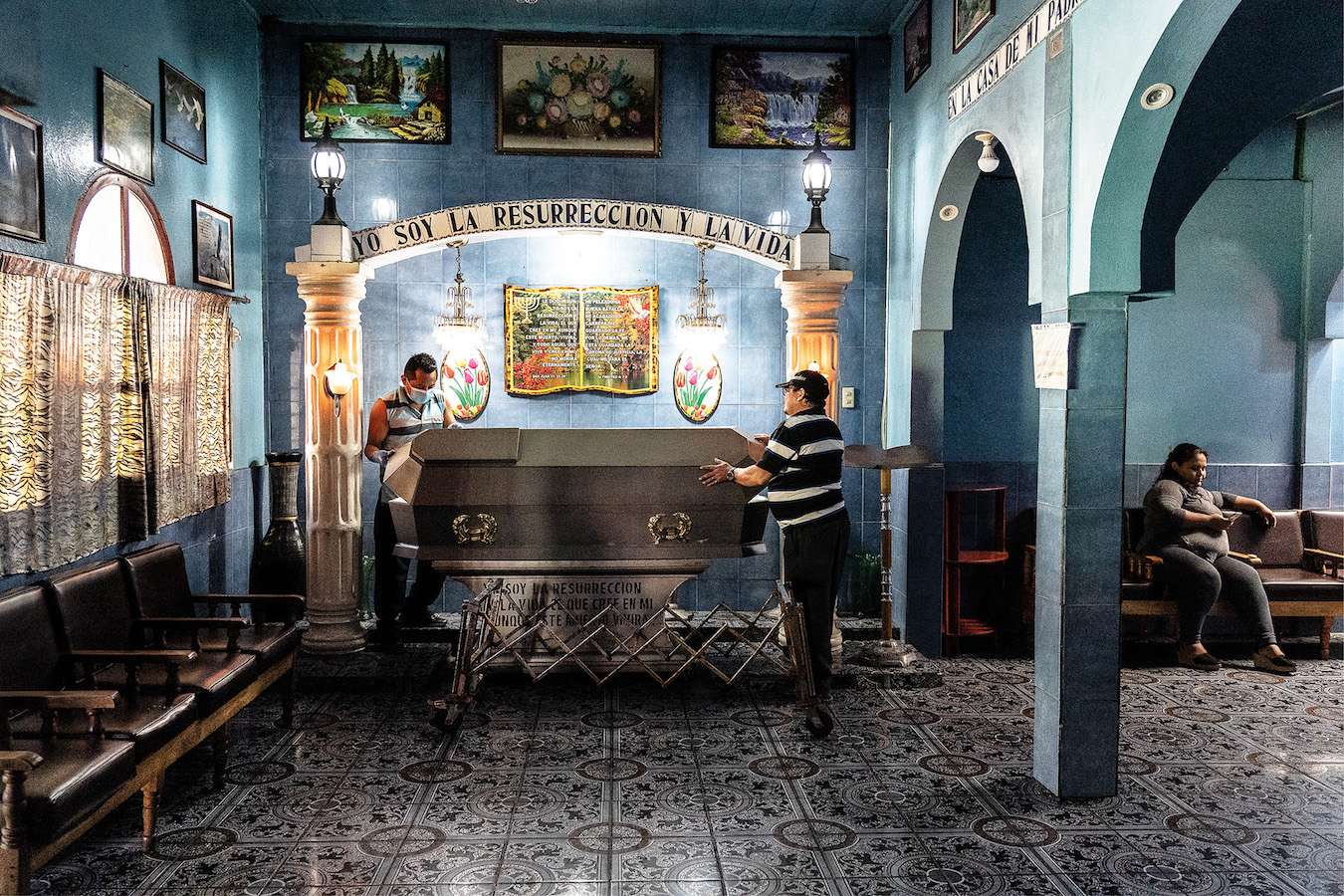 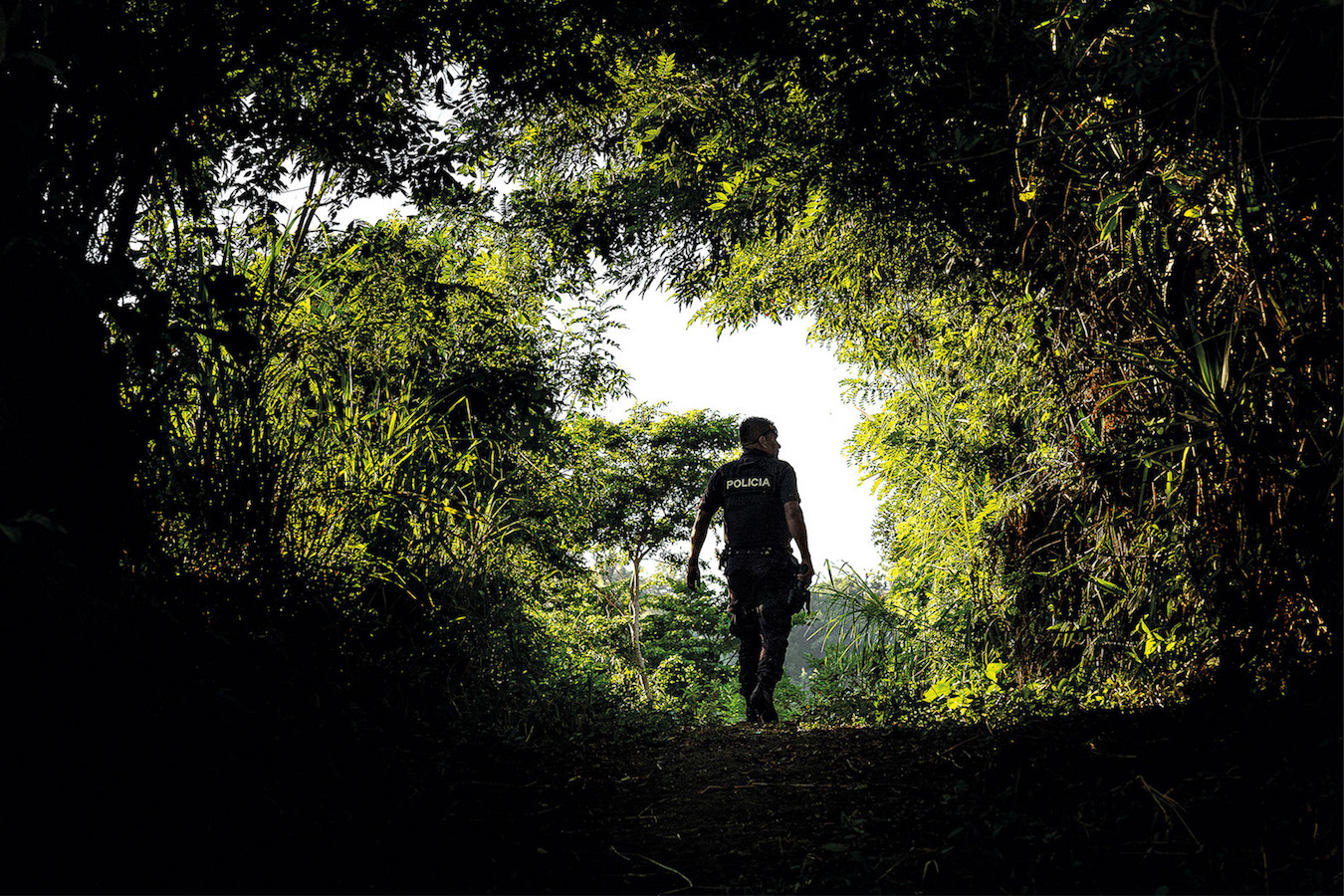 A policeman during patrol 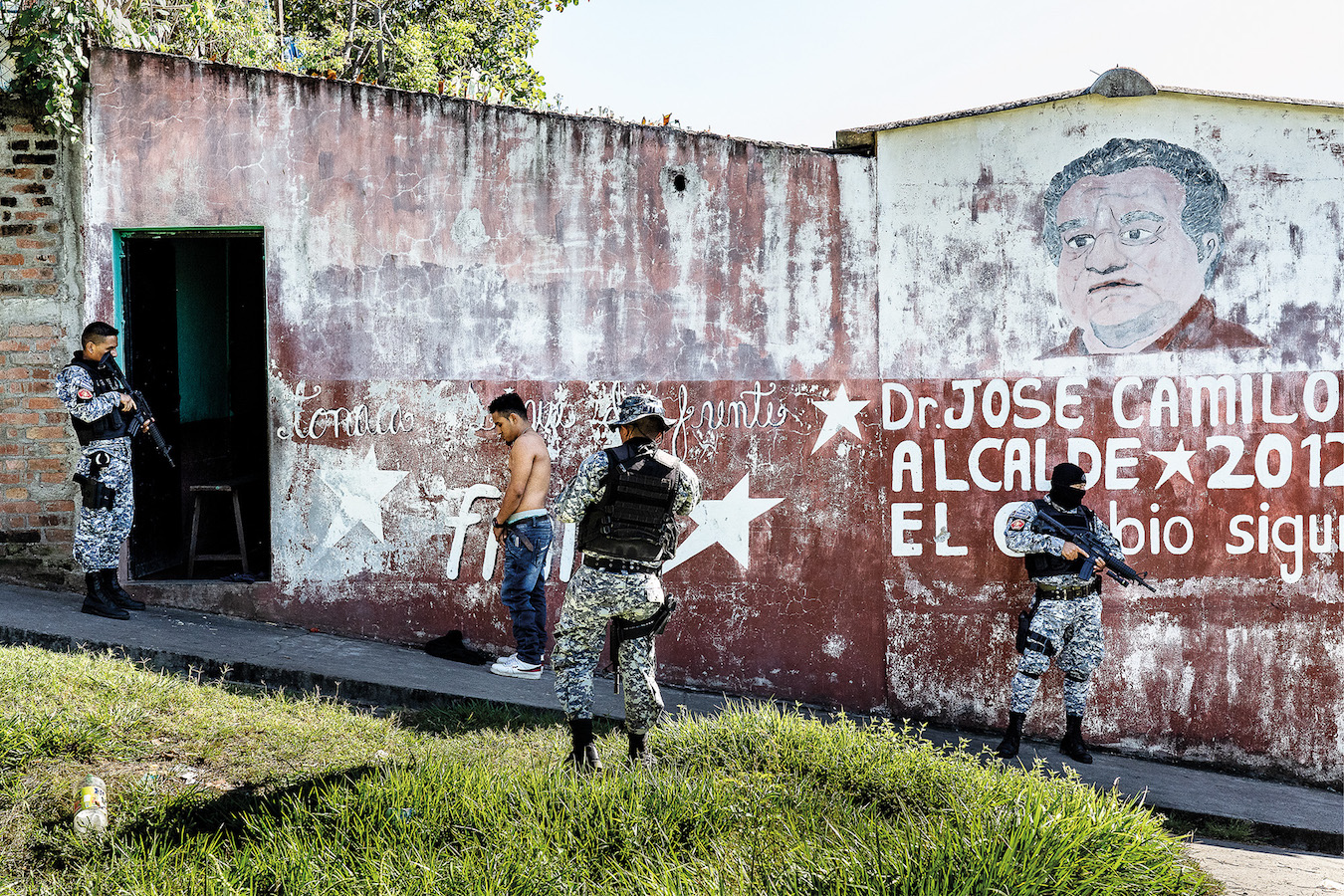 A tactical patrol checks a passerby 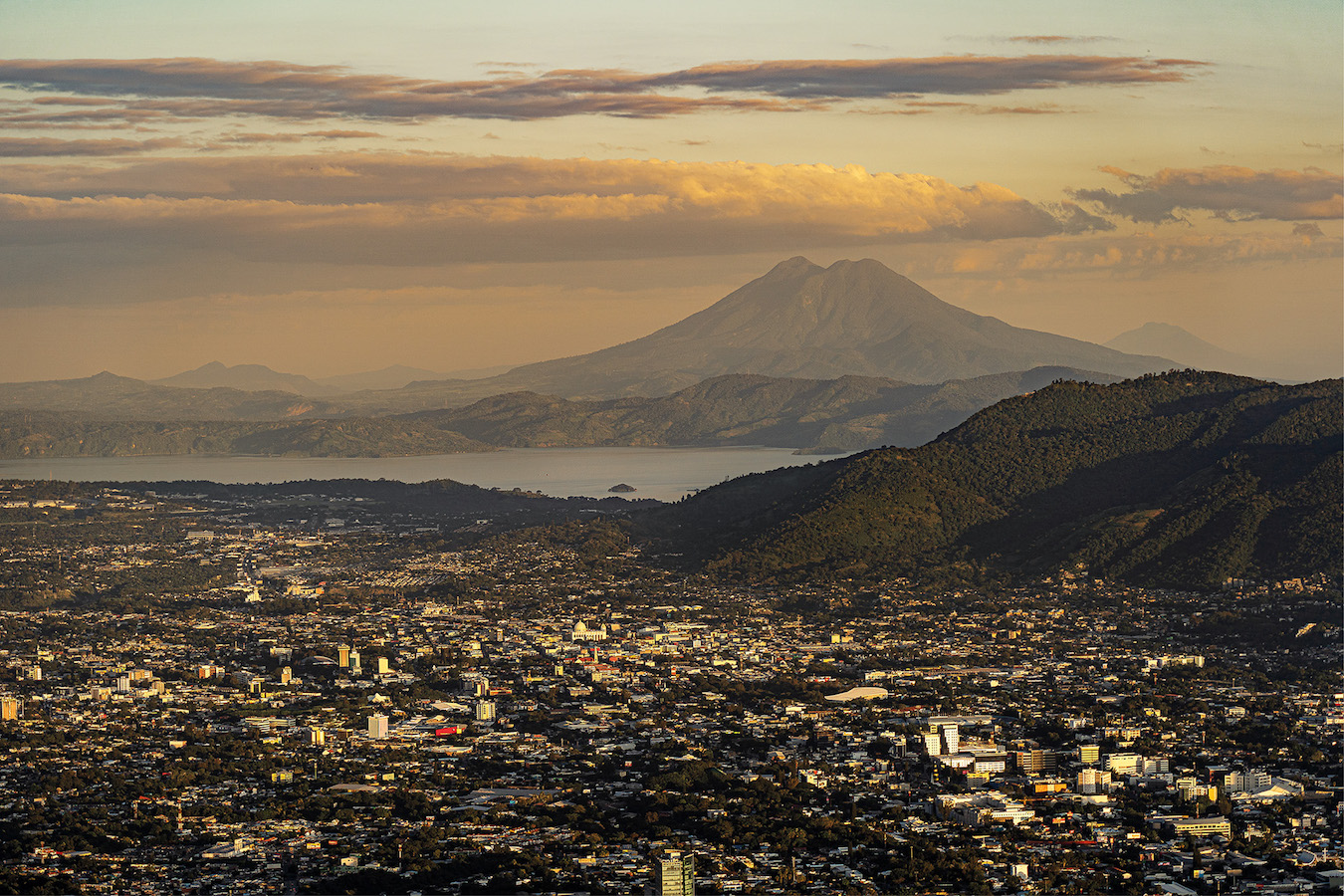 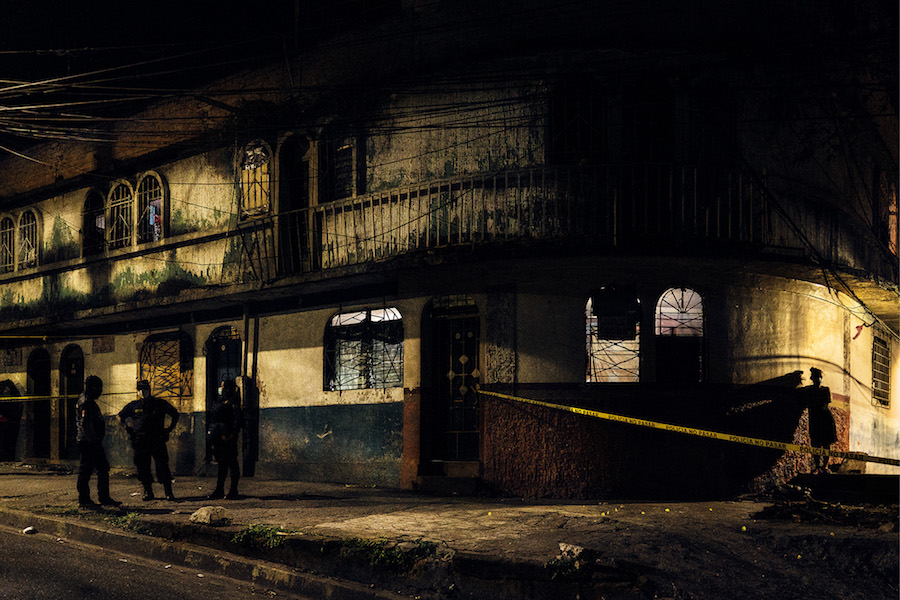 A bystander looks on

Linkedin
RELATED ARTICLES
OTHER ARTICLES
Cindy Campbell recounts how her brother ushered in a new era of musical culture at a party she held in the Bronx in ‘70s.
Financial turmoil is pushing people who work in the sex industry into more dangerous and desperate situations as a means of survival.
The two-day long event returned to London this year, showcasing a spectacular parade, steel bands and Caribbean food.
The workforce is now gearing up for industrial action after receiving a measly pay rise, reports Ella Glover.
With skyrocketing rents, packed out viewings, bidding wars and more, renting in London has never been harder.
Yesterday thousands gathered outside Buckingham Palace after news of the Queen’s death broke.