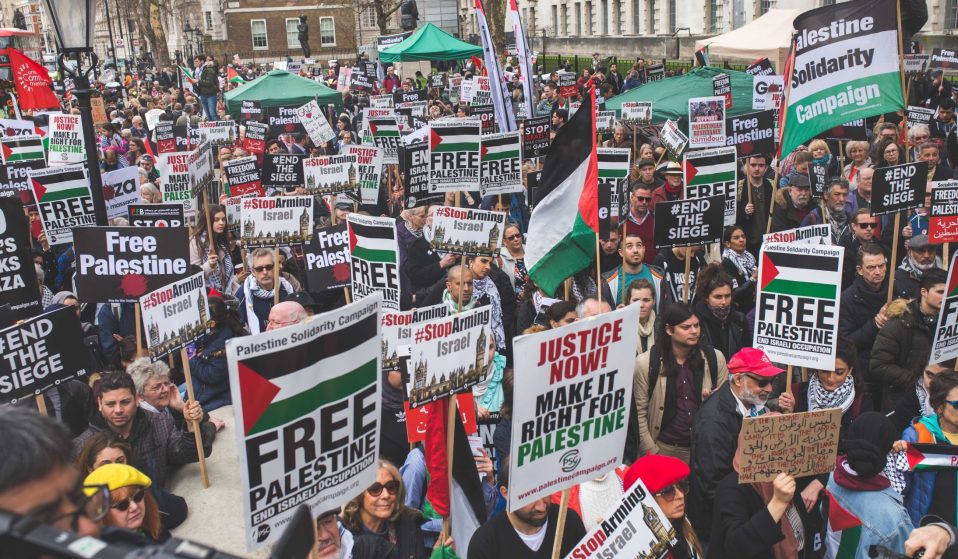 Two decades on from the Second Intifada, artist Raed Khatab remembers the bullet wound that left him unable to dance for two months, and how culture remains a source of Palestinian resilience.

Two decades on from the Second Intifada, artist Raed Khatab remembers the bullet wound that left him unable to dance for two months, and how culture remains both a target of Israeli repression – and a source of Palestinian resilience.

Long before the Second Intifada began, we knew it was coming. After all, there is only so long you can deny people their rights before they demand them.

There was a sadness and anger amongst the people, in that period leading up to the start of the Intifada, since the Israeli occupation had made it clear that they didn’t want to offer anything to us. When the protests broke out, as a Palestinian I was very happy – to see my people demanding their rights, and to see refugees refusing to let their cause be marginalised.

Life for us became about giving your all for your people – for our historically-rooted rights, for the refugees. Growing up, my grandmother would tell us stories about her family’s life in Qalunya village, before Zionist militias expelled them during the Nakba of 1948 – the land, how they lived, how Palestinian Muslims, Christians, and Jews, lived alongside each other.

In the moment of the Intifada beginning, everything for me became about the story of my grandmother. I wanted to go back to what my grandmother had told me about. I am a dancer and choreographer, not a political activist, but when the Intifada started, I saw everyone was in the streets, and I needed to be a part of the people, demanding our rights.

One day, in those first weeks, I found myself marching alongside two other people – a young man who has Down’s syndrome and his carer, an older man. As we reached the checkpoint, the Israeli soldiers started shooting at the demonstrators, and we were forced to take cover behind a building.

The soldiers were shooting indiscriminately, regardless of who had been throwing stones at the checkpoint (stone-throwing itself is no justification for using lethal violence). They were attacking everyone, because collective punishment is an ever-present part of our reality here.

So, there we were, trapped and terrified, three men from such different backgrounds, thrown together in that moment and hoping to emerge with our lives. Suddenly, the young man with Down’s syndrome was shot in the thigh. His carer held him tightly, saying: “Habibi, habibi”, over and over. The pain must have been so bad. I will never forget this moment, seeing a man who had simply been out protesting for his people’s rights shot like that.

The bullet passed through his leg and struck me below the knee. I wasn’t even able to go to hospital, since Israeli soldiers would raid medical facilities and seize patients’ records. The injured could then be targeted for even participating in protests. Two months went by before I could dance again. 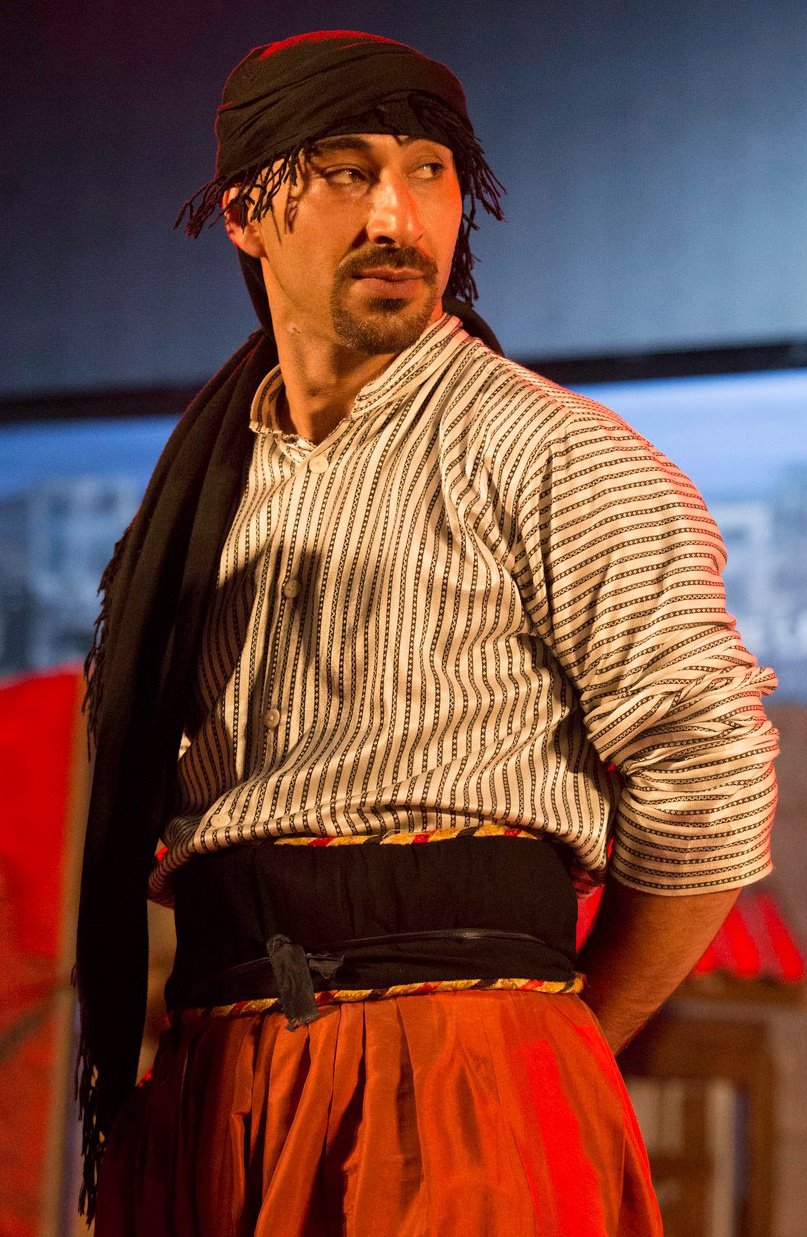 As the Intifada continued, nothing was safe from Israeli repression – including culture. The culture ministry building in Ramallah was ransacked and vandalised. Entire arts and cultural groups were paralysed as a result of systematic targeting; even Palestinian cultural resistance had to be punished.

20 years on, these are feelings and moments that cannot be forgotten. Today, as an artist, I have seen how dance, theatre, and drama, can all be an intensive expression of our refusal of the occupation, a way to channel the anger and frustration we experience. I also run a puppet theatre, working with kids throughout the West Bank, in refugee camps, schools, cities, and villages, where I plant smiles and grow hope within the children’s lives.

When they get immersed in the puppet theatre, I feel how much they yearn for and believe in a new life. But when they return to their daily realities, they see the very same things I saw as a kid some 25 years ago – army checkpoints, arrests, raids, shootings.

Something else hasn’t changed, however; the power of my grandmother’s memories and stories. When she told me about the village, sharing tales of the people and their daily life, she would speak with such serenity and happiness. She recalled those times – and the feelings they evoked – with a calm smile. It was the serenity and peace of belonging, of place. This is a peace I have never experienced. This is why I need to go there.

But the longing for freedom is not just about the places stolen from us. The occupation creates fresh motivation and incentives every single day. I think of a dear friend in Jerusalem, for example, and how the occupation authorities want to rescind his permanent residency permit and expel him.

20 years on from the Second Intifada, the occupation gives us – including the new generation – reasons to fight for freedom every new morning.

Linkedin
RELATED ARTICLES
OTHER ARTICLES
As the cost of living crisis bites, letting go of treats to keep us going is proving difficult – but we should’t just blame ourselves for our financial worries.
Max Miechowski reflects on documenting land that is being lost to the sea – and the people who live life on the edge.
Ireland’s national sports are modernising. At the forefront of this movement is Na Gaeil Aeracha, the country’s first ever queer GAA club.
Layna, Maysa and Amaya are three siblings looking to disrupt narratives around the sport. In doing so, they’re hoping to inspire a new generation of skateboarders.
Photographer Nico Froehlich’s series documents South London’s diverse communities, while also reflecting on their fragility amid rapid gentrification.
Photographer Jeffrey Silverthorne always treated his subjects – often those living on the margins of society – with empathy and respect.