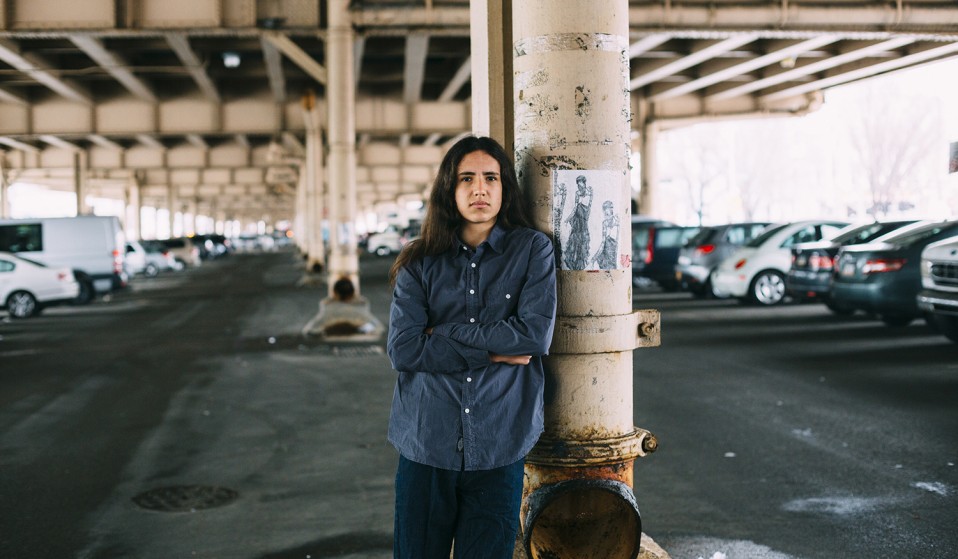 Xiuhtezcatl Roske-Martinez has been championing the protection of the environment since he was 6 years old.

Xiuhtezcatl Roske-Martinez has been championing the protection of the environment since he was 6 years old. He's also spoken in front of the United Nations, and is one of 21 youths suing the US government for failing to protect future generations from the devastating effects of climate change. Now he's leading a collective of millennial activists determined to save the planet before it's too late.

Xiuhtezcatl Roske-Martinez got in late last night, and wasn’t able to get much sleep in the nights prior either. He’s also just 15, for many of us the age of mindless drifting, moody sulks, and communication comprised of little but occasional grunts. For an average 15-year-old, you’d assume those late nights were the product of some idle time-wasting, or that they had slept in too long that morning. But Xiuhtezcatl, pronounced ‘shoe-tez-cath’, has every reason to be exhausted. He’s an environmental crusader with ten years’ activism experience, an acclaimed public speaker and aspiring hip-hop musician. Oh, and he’s also suing the government in his spare time.

Not that he’s alone in the wunderkind stakes. As Youth Director for the environmental awareness group Earth Guardians, Xiuhtezcatl is one of a vast army of young activists who are shockingly confident, fearlessly outspoken, and brimming with knowledge about the state of the world. Collectively they are fighting to change the US stance on climate change, and curb the ticking time bomb of environmental chaos in which their generation has been saddled. That and finish their homework.

Born to an Aztec father and environmentalist mother, Xiuhtezcatl grew up with an unprecedented appreciation for the world around him, delivering his first public speech on climate change at the tender age of 6. A decade later and his commitment to climate awareness has only deepened. He speaks clearly and eloquently, delivering thoughtful, candid answers about where we collectively stand, and expressing none of the battle-worn weariness you’d expect from somebody so used to being casually dismissed by conservative zealots. 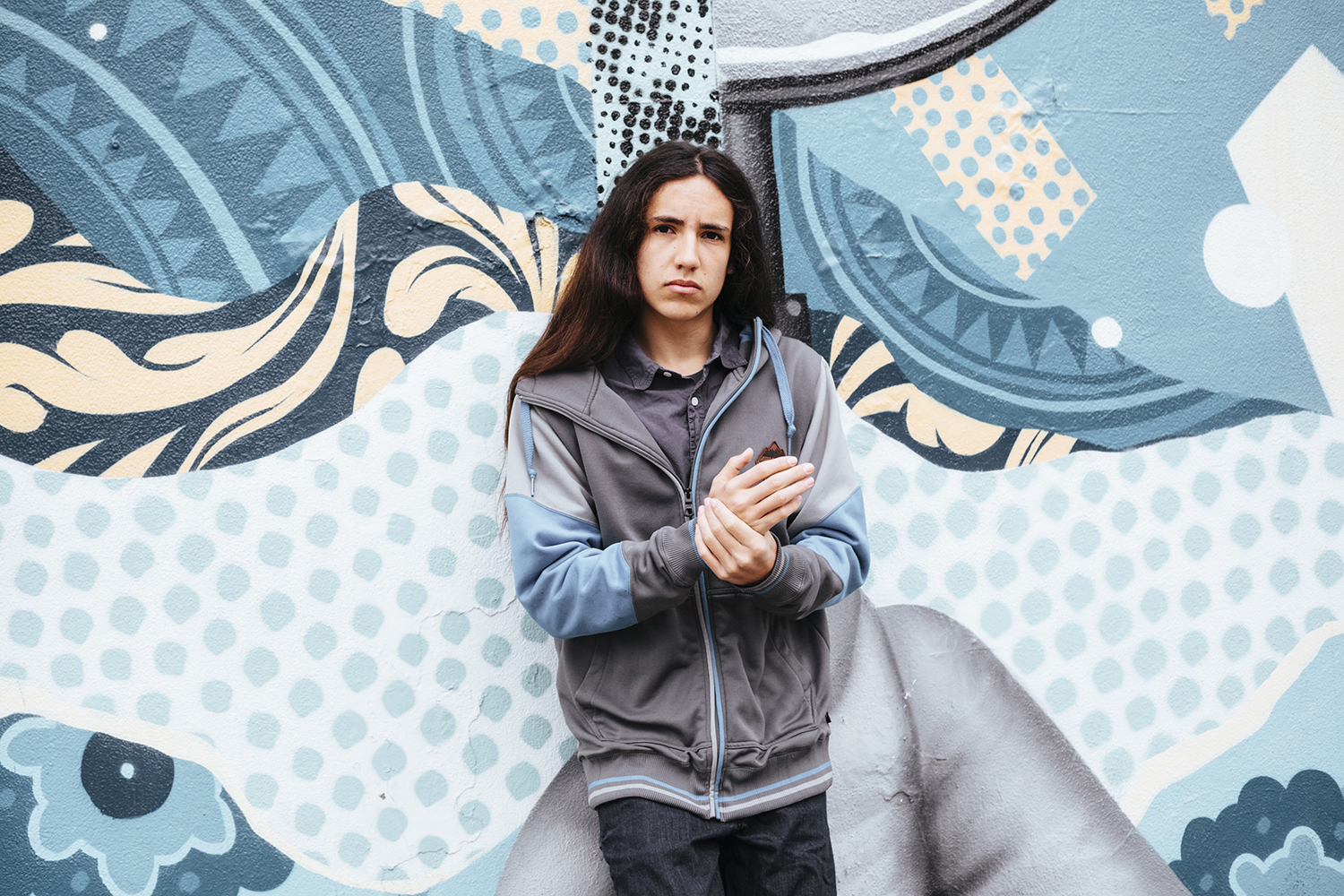 Then again, he thinks he’s figured out why they’re so sceptical. “With humans in general, it’s really easy for us to not want to leave what we’re comfortable with,” he says. “We live in a world where everything that’s thrown at us is shoved down our throats via the media, via pop culture, and it’s feeding us into living lives of consumption and greed and destruction.”

“To destroy the planet is easy because we don’t have to think about it – we just do it naturally. It’s human nature to destroy the things around us, because it’s human nature to consume. For us it’s natural to go to the store and buy food and consume it without thinking about where it comes from. Or to pay our electric bills without thinking about how much light we’re using, how much we use our cars. We’re so blindly consuming that it’s become a human culture to destroy the planet. And we’re destroying it almost subconsciously. People aren’t aware of how much our lifestyles contribute to this crisis.”

It initially appears jarring to hear these kinds of words from someone so young, not only in their eloquence, but in talking about a world far bigger than themselves and the little pockets of school and home that the lives of so many 15-year-olds revolve around. But Xiuhtezcatl insists he is no anomaly. “I’m seeing more and more youth getting involved and trying to make a difference. It’s really tough because there are a lot of road blocks, but definitely my generation are becoming more and more rebellious against a system that’s setting us up for failure. Young people are realising that the system we’re living in doesn’t work.”

“Adults did a splendid job of messing up the planet for our generation, who now have to pick up the pieces and figure out what to do with it. And adults are going to be done a lot sooner than we are, so it’s easy for them to cop out and not really think about it.”

But he concedes, however, that they can’t fight alone. “We need support from our elders,” he expresses. “We need the wisdom of people who have been in this movement, people who are not yet part of this movement, but know a lot about taking action. More than anything we need an inter-generational, diverse movement that all walks of life can be inspired to be a part of.”

Part of that movement reached a groundbreaking pinnacle last year, with Xiuhtezcatl one of 21 young activists to file a lawsuit against the United States federal government for their lack of action. Backed up by renowned minds including climate scientist Dr. James E. Hansen, along with the Oregon non-profit environmental group Our Children’s Trust, the lawsuit claims that the government has failed to honour its constitutional responsibility to allow children to grow up with the rights to life, liberty and property, and in a healthy atmosphere.

“The judge was incredibly intelligent and listened to everything we had to say,” Xiuhtezcatl explains. “He was very knowledgeable about the public trust doctrine, which is one of the big doctrines that we’re presenting as part of the constitution to help hold federal governments accountable.”

Xiuhtezcatl has high hopes that the case will go to trial, but it’s been an uphill battle to have their voices taken seriously. Representatives for the fossil fuel industry filed a motion to dismiss the lawsuit in November 2015, and in early March gathered in Oregon to present their case.

“The thing that’s kind of scary is that if they dismiss this lawsuit, we’ll have to file for an appeal, and then if the appeal is thrown out of court, then we’re going to have to file another lawsuit. And the thing that sucks is that in a couple of years, things will be so bad in the climate and so much worse than they are today.”

While legal counsel for the activists is provided by Our Children’s Trust, the US government and the fossil fuel industry have employed corporate giants to represent them. The imbalance would likely be even greater were the case to go to trial. But considering all that he’s achieved in his fifteen years on earth, Xiuhtezcatl is fittingly nonchalant about the scale of the lawsuit. His deadpan response to possible failure? “It’d be a bummer.”

“But, at the same time,” he continues, “I know that we’re gonna keep coming back. We’re not gonna be silenced and we’re not gonna quit. Our voices will continue to echo through the world and people will realise that we’re serious. We’re here to stay. This is not a publicity stunt, this is us fighting for our futures, in the streets and in the courts and in our communities and in our schools. We’re taking the world by storm. The world ain’t even ready for us.”

While Xiuhtezcatl’s social consciousness and integrity appears at odds with the stereotypical image of a young man of his age, it’s that last declaration that feels decidedly 15. The kind of rampant, fire-in-the-belly defiance we all have before we become jaded and gross, only here used for good, rather than just to piss off our mums.

Find out more about Xiuhtezcatl and his work at Earth Guardians.

Linkedin
RELATED ARTICLES
OTHER ARTICLES
As the Criminal Bar Association enters its fifth week of action, criminal barrister Russel Fraser explains why the legal professionals have walked out and how action is likely to escalate.
From the chip shops, to the bingo parlors and burlesque dancers, photographer Mike Coles remembers capturing scenes of holidaymakers by the English coast.
After rewriting the indie rulebook with her devastating songs about romantic longing, the singer-songwriter is now imagining a future in which the artist is no longer a product.
Yesterday, rail workers came together to protest poor pay, working conditions and job cuts in their latest round of strikes.
A new series of photos by Johny Pitts shines a light on communities and subcultures that have all too often been overlooked.
Photographer Bud Glick recounts documenting everyday life in the area, and what it taught him about the Chinese immigrant experience.