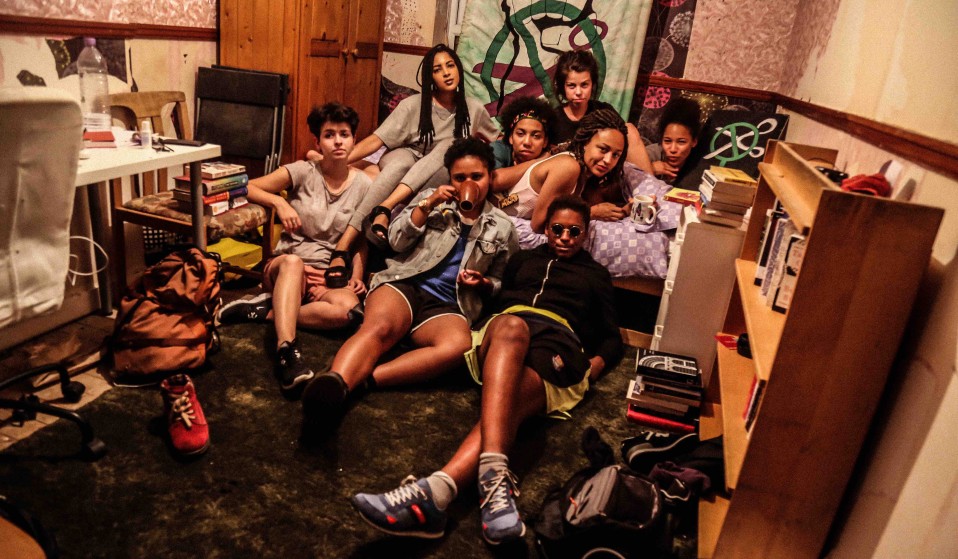 For two weeks now, activists from feminist direct action group Sisters Uncut have been occupying an empty council home in Hackney, East London, to highlight the lack of support for survivors of domestic violence. Photographer Jade Jackman spent 24 hours in the occupation, meeting the campaigners putting themselves on the front line.

For two weeks now, activists from feminist direct action group Sisters Uncut have been occupying an empty council home in Hackney, East London, to highlight the lack of support for survivors of domestic violence. Photographer Jade Jackman spent 24 hours in the occupation, meeting the campaigners putting themselves on the front line.

“It is not an occupation”, says Petra Hussein thoughtfully, “it is a reclamation of space”. Legal bureaucracy means that Sisters Uncut, a feminist direction group dedicated to fighting against cuts to domestic violence services, have to keep referring to their latest action as an “occupation’.

After feeling frustrated with Hackney council telling 60% of domestic violence survivors that they couldn’t be housed while 1000 council properties set empty, they decided to occupy one of them. But, really, they are just taking back what is rightfully ours. 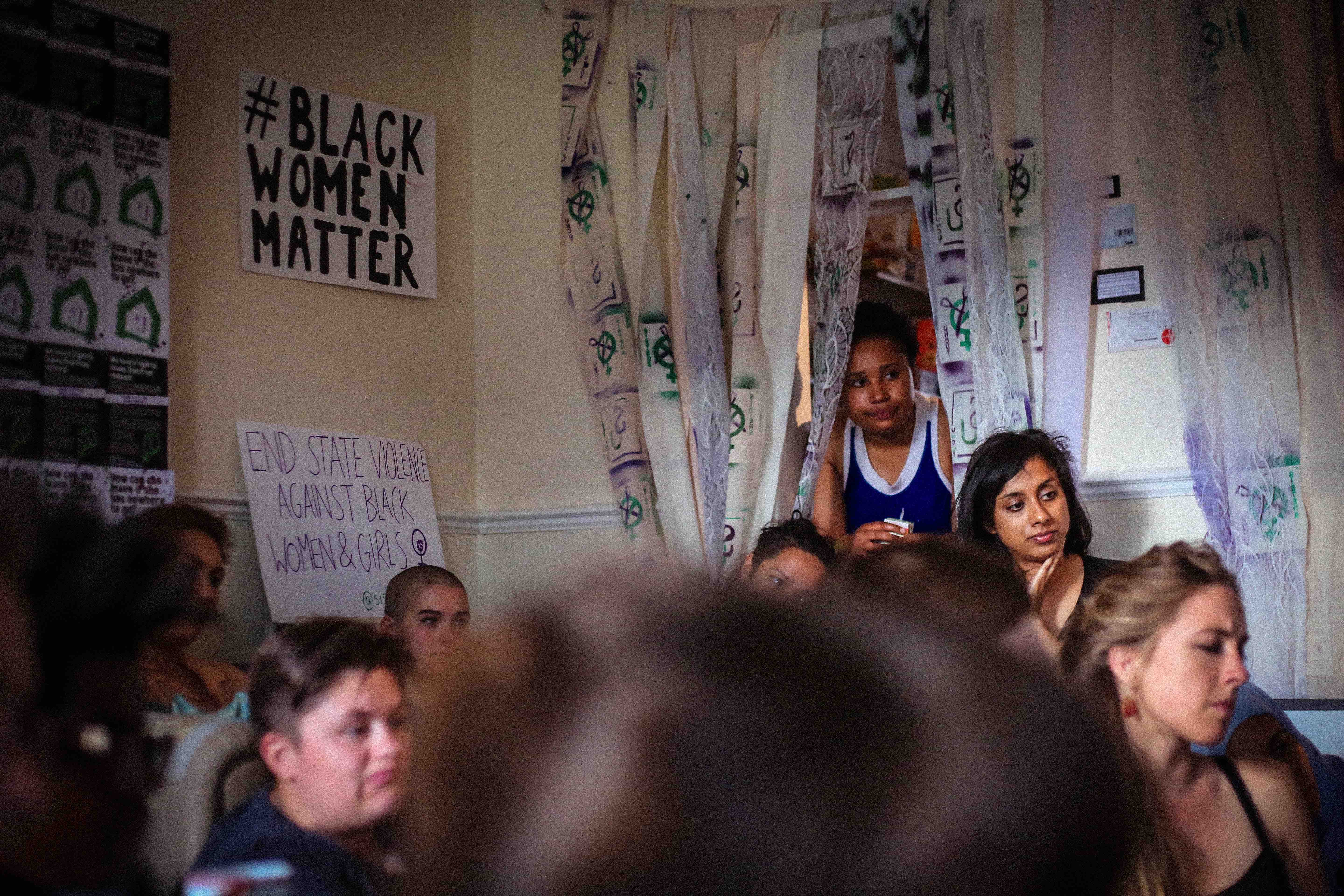 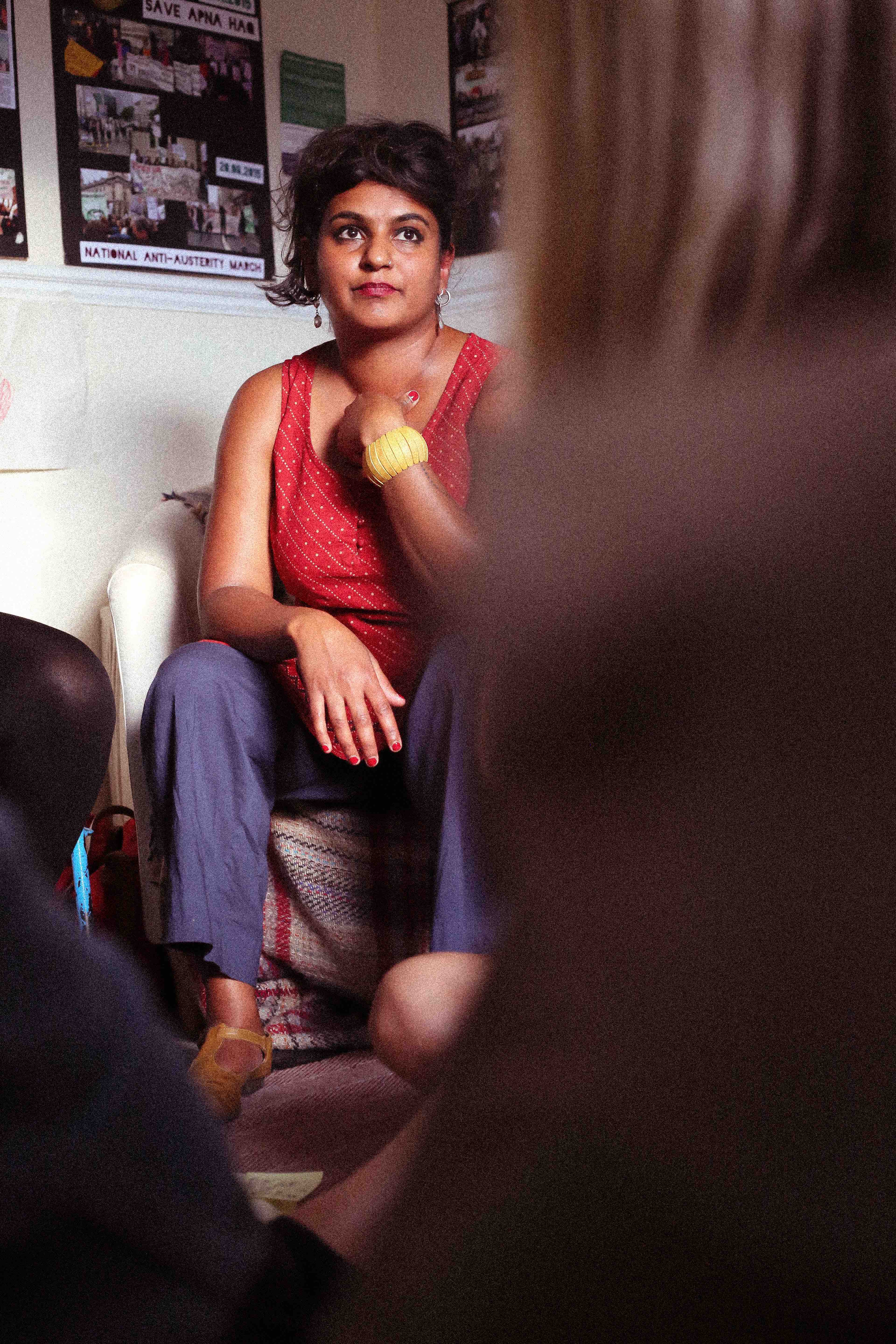 Seeing as Britain’s political elite are still reeling from post-Brexit blues, it seems funny to find solace in the middle of an abandoned East London council estate. Inside one of the houses that should symbolise the cost of regeneration, unaffordable rents and the priorities of the current British Tory government, you’ll find a carefully created community space.

Sometimes political occupations can be totally divorced from the community that the activists profess to campaign for and stand alongside. All too often there’s a gaping void between those who take direct actions, and the reality of their new neighbours’ day to day life. 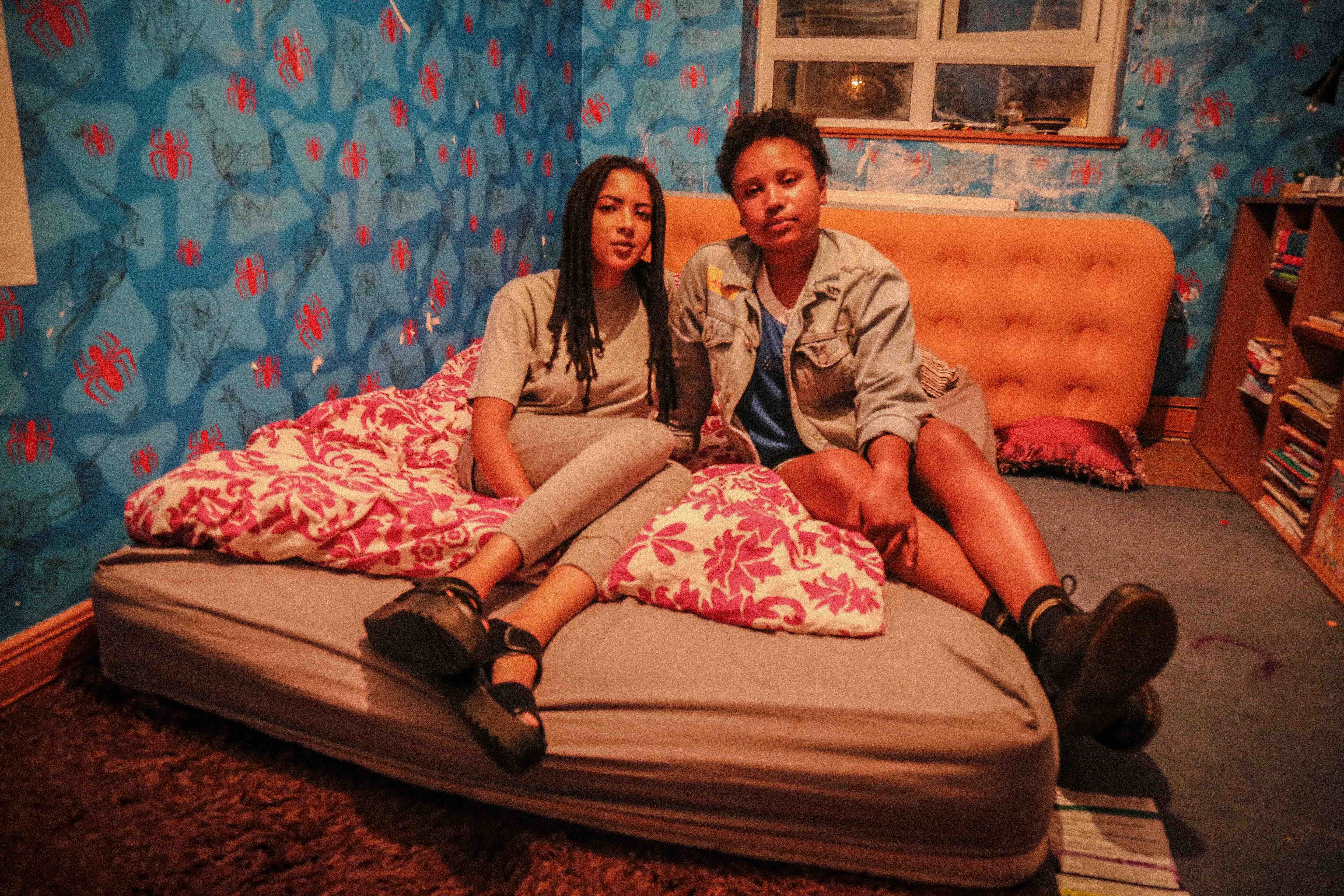 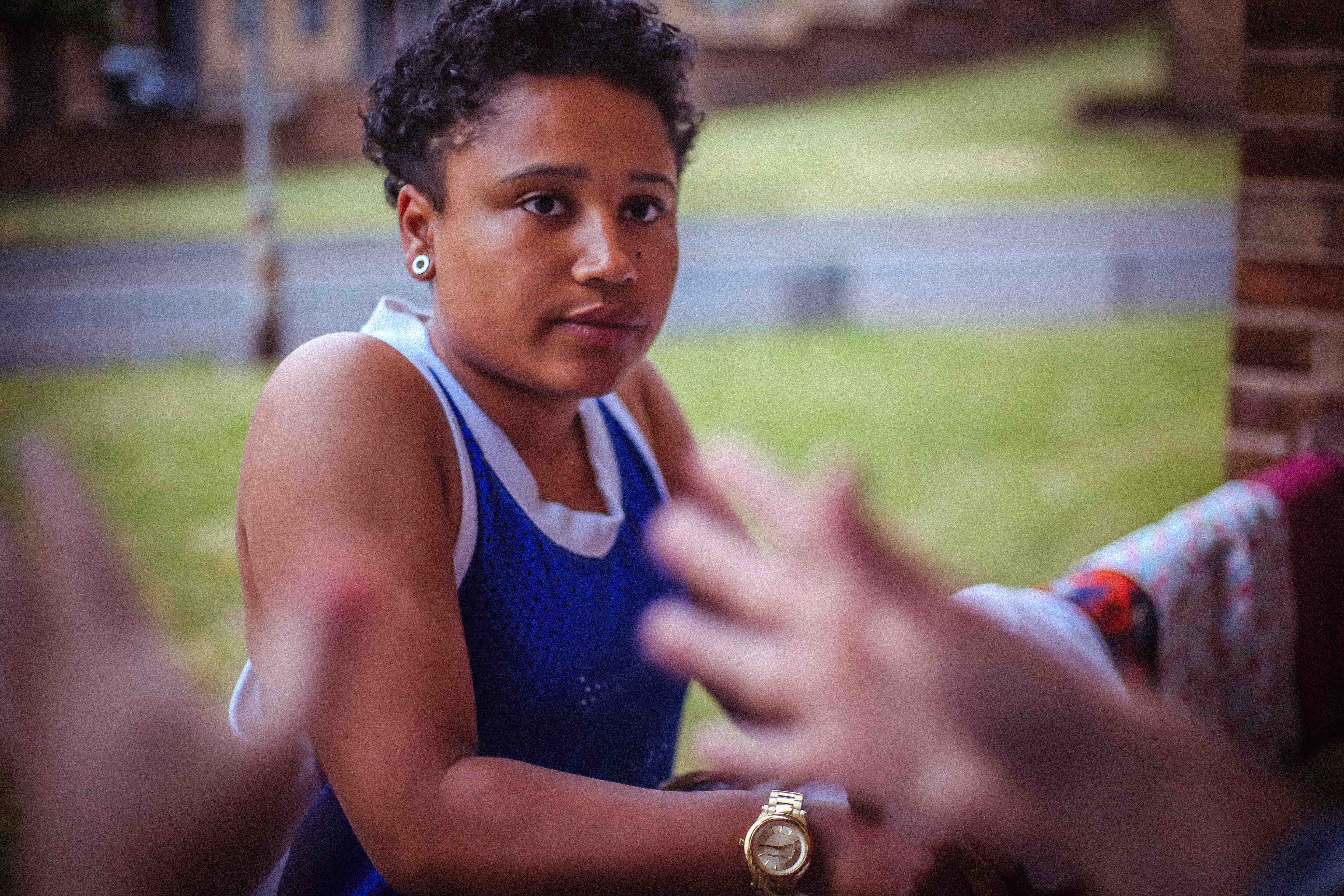 Bike fixing classes and ‘know your rights in temporary housing’ workshops were a few ideas that residents on the estate suggested to Sisters Uncut activists when they got talking – bridging that gap a priority. Indeed, a number of the women from the estate can now be found wearing the unmissable Sisters green and purple sash. Now, new and old Sisters, who live on the estate will be playing key roles in the impending negotiations with the council. 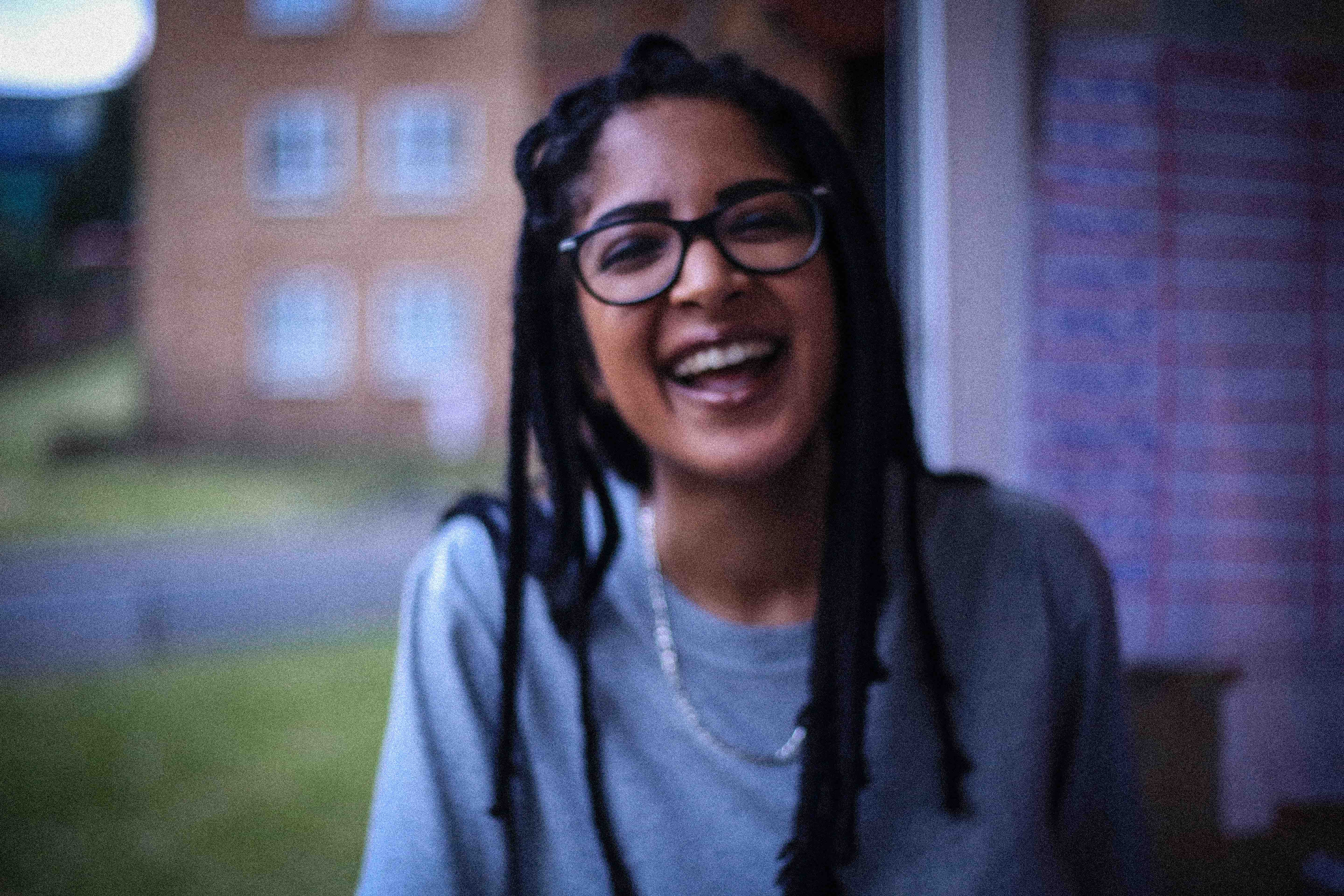 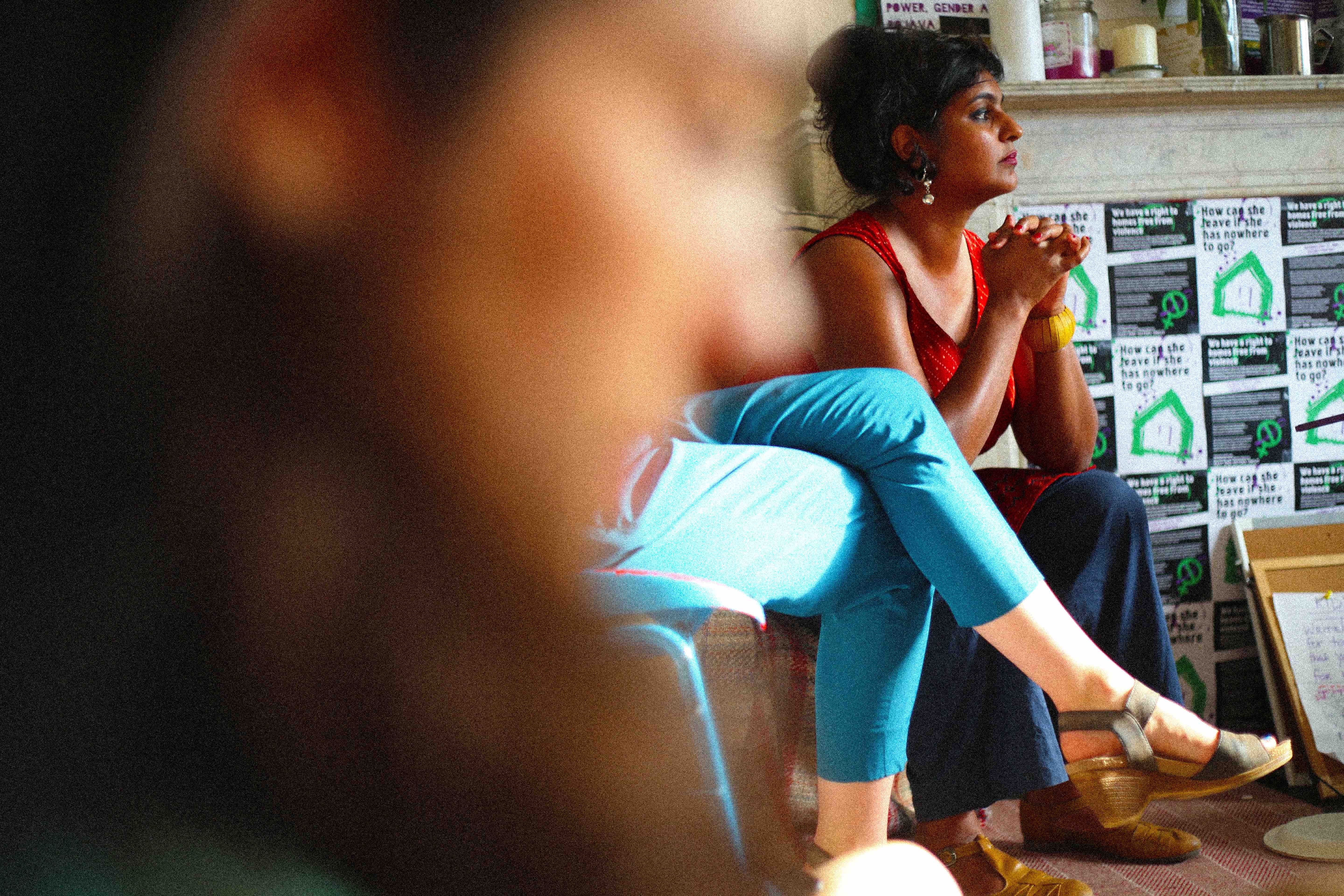 With the sun beaming down on the garden and kids skidding inside asking to fill up water guns, it’s clear to me that these homes are useable. This is what Sisters Uncut will try to convince the local authority when negotiations get underway in the next few days. But standing alongside these powerful women, something else becomes clear.

Shining through all their work is the idea that we do not have to just look to politicians for hope. It can be found through small acts of friendship, or sharing a plate of free hummus bought through donations or by supporters of Sisters Uncut. 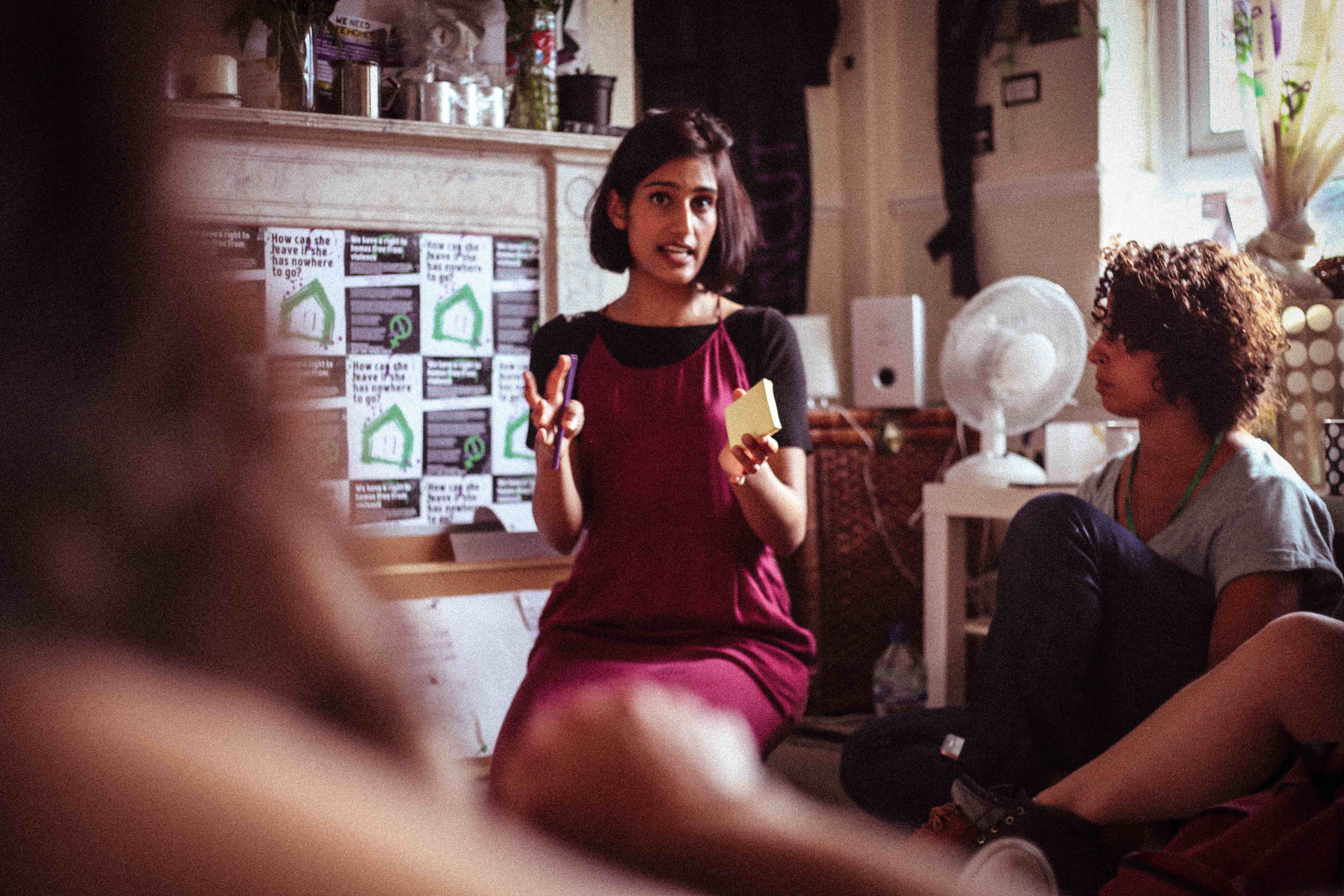 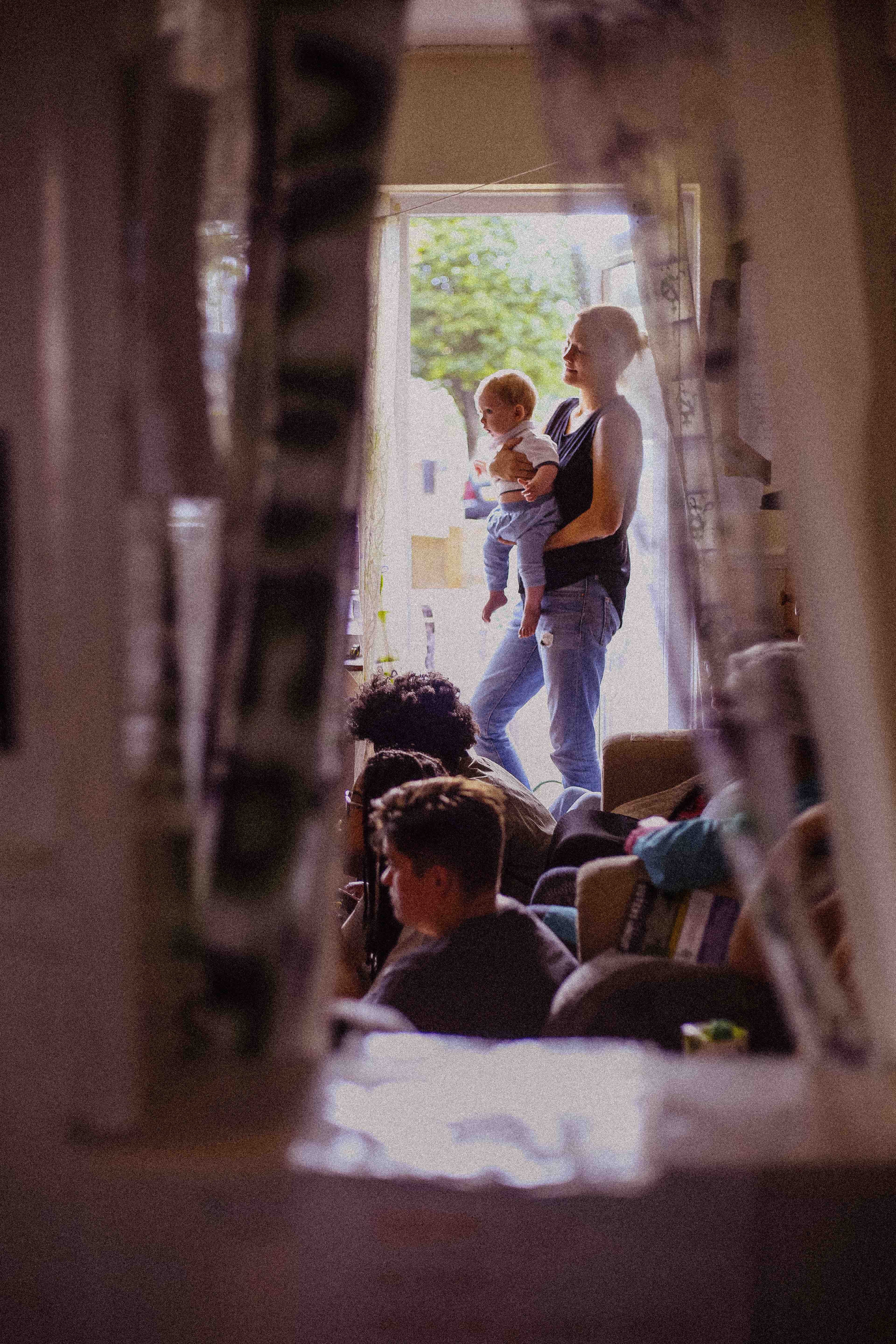 After a busy day organising and planning more ideas for the space, I started talking to two of the activists, Petra, 24, and Nadine Ford, 18, and asked why this community centred approach was so integral to their fight to end violence to self-defining women.

“We run a stall every other week and we ask what their biggest issue at the moment”, says Nadine. “It has been directly told to us by the women that come to us that housing is a massive problem at the moment. So, the idea to occupy a council flat and turn it into a community centre came about.” 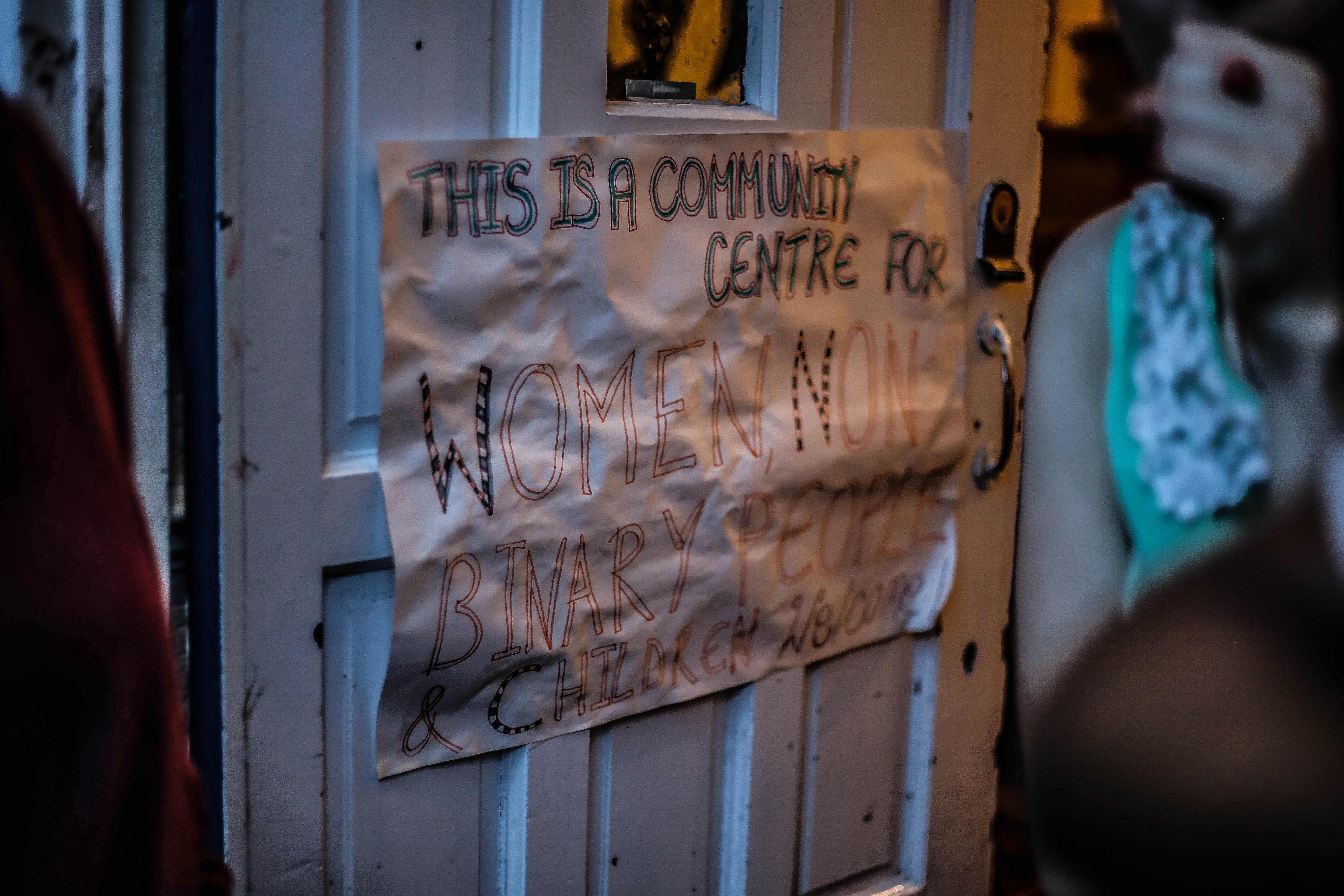 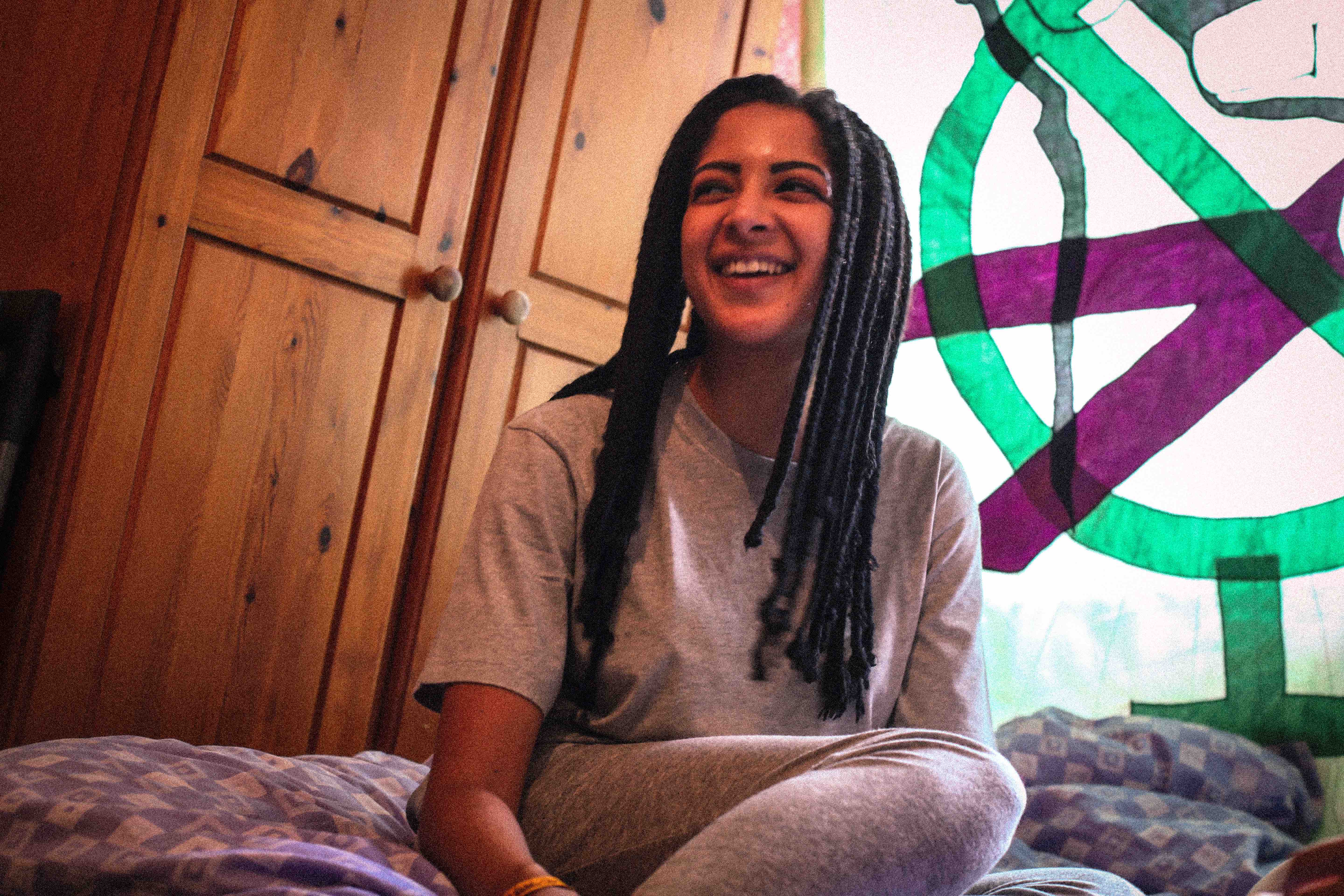 Initially, the Sisters aimed to show Hackney Council that this house was suitable for living, but they have exceeded expectations. With their free breakfast club, provision of free paints for children and their practical skillshares, they have managed to create a community space that actually responds to the needs of the people around them.

But, as Petra astutely points out, it isn’t just about having a centre. “In relation to violence against women and girls, especially BME women, it really is a safe space that is needed to be created”, she tells me. “Violence doesn’t just come from partners, it can also come from racist men on the street, we’ve seen how women have their Hijabs ripped off in public for all to see.” 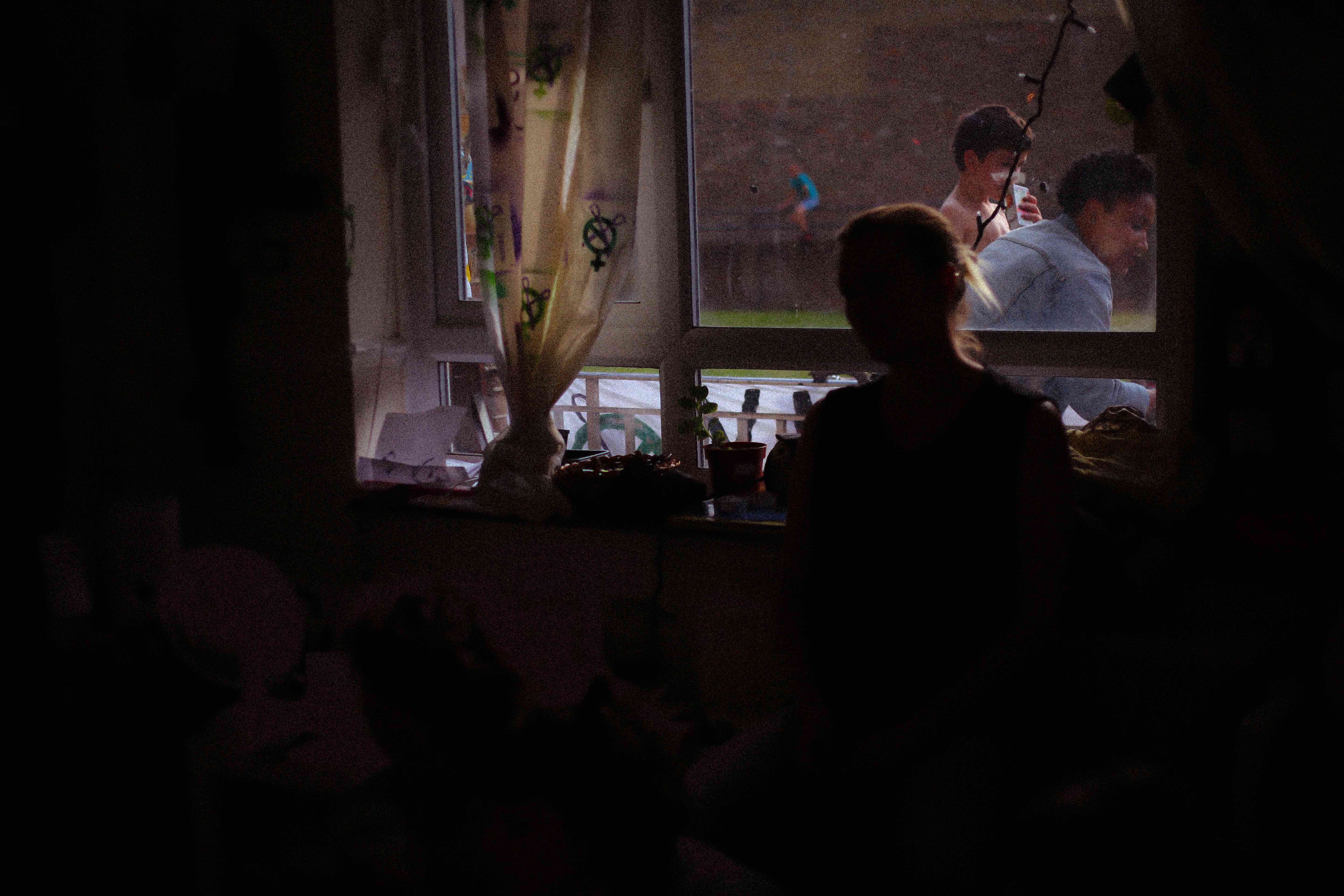 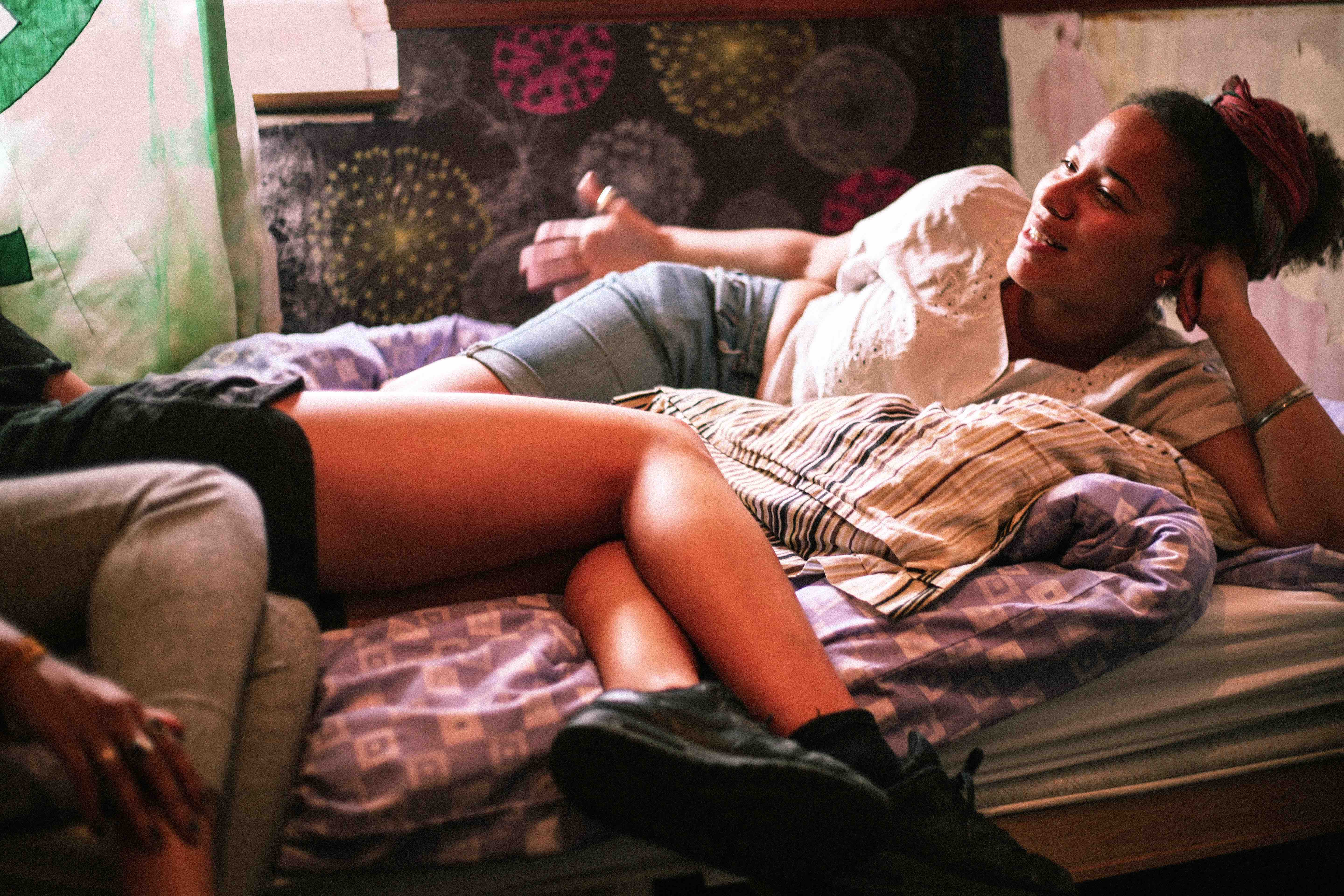 “This evening we had a talk by Imkaan & the London Campaign Against Police and State Violence. They mentioned how in the community centre, Apna Haq (the BME women’s service in Rotherham), they are aiming to build a space to do classes and have discussions about the effects of violence. Out of these discussions, a community between survivors and others will form. We want something similar.”

Radical politics is often imagined as forceful, loud and embodied by men. Although beautiful displays of their colourful protests adorn the walls, the collaborative and accessible nature of their work is what is what is most revolutionary about Sisters Uncut.

After the UK’s first woman Prime Minister, Margret Thatcher, announced decades ago that there was no such thing as society, it seems that going against this attitude, and building communities, is inherently radical and political. 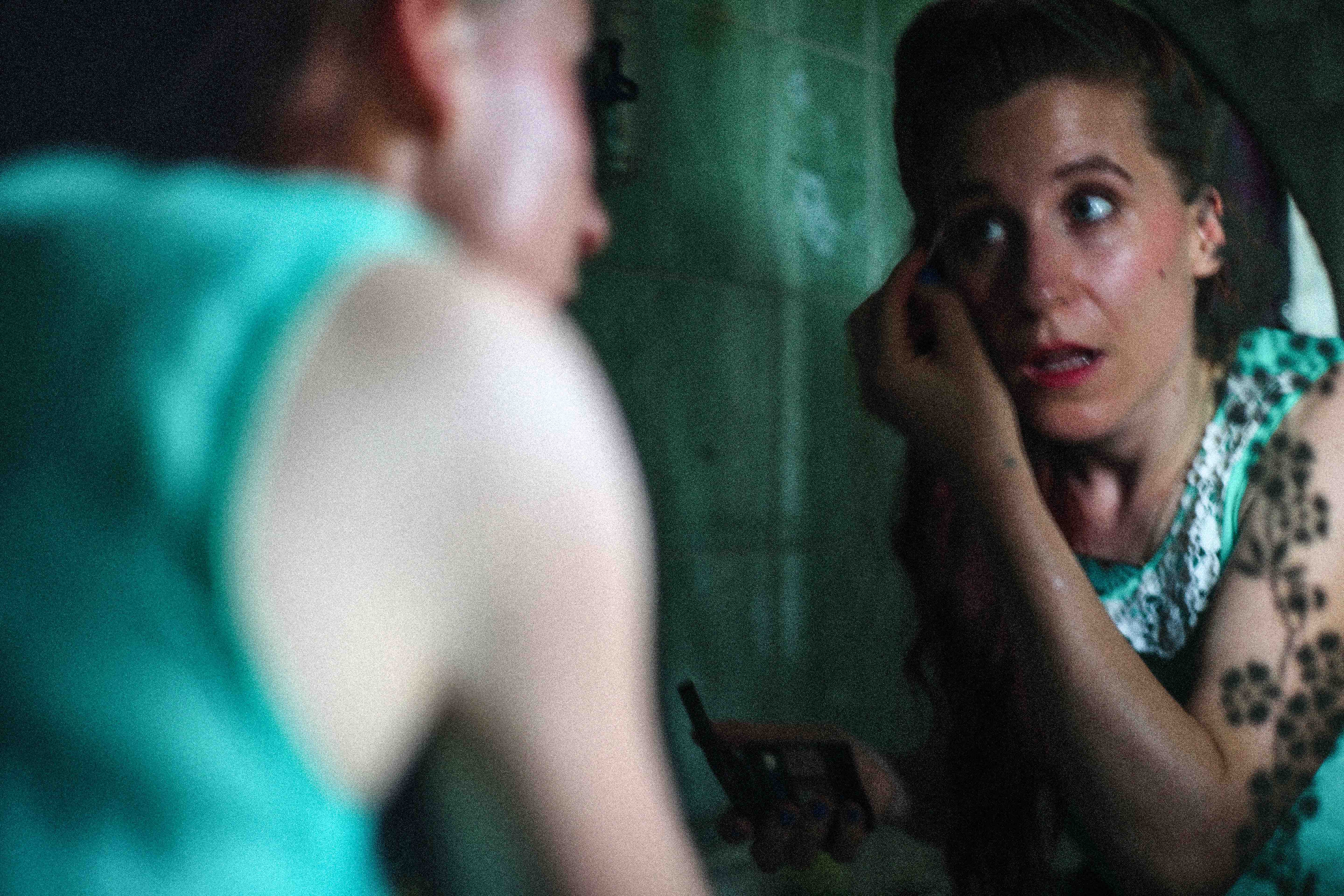 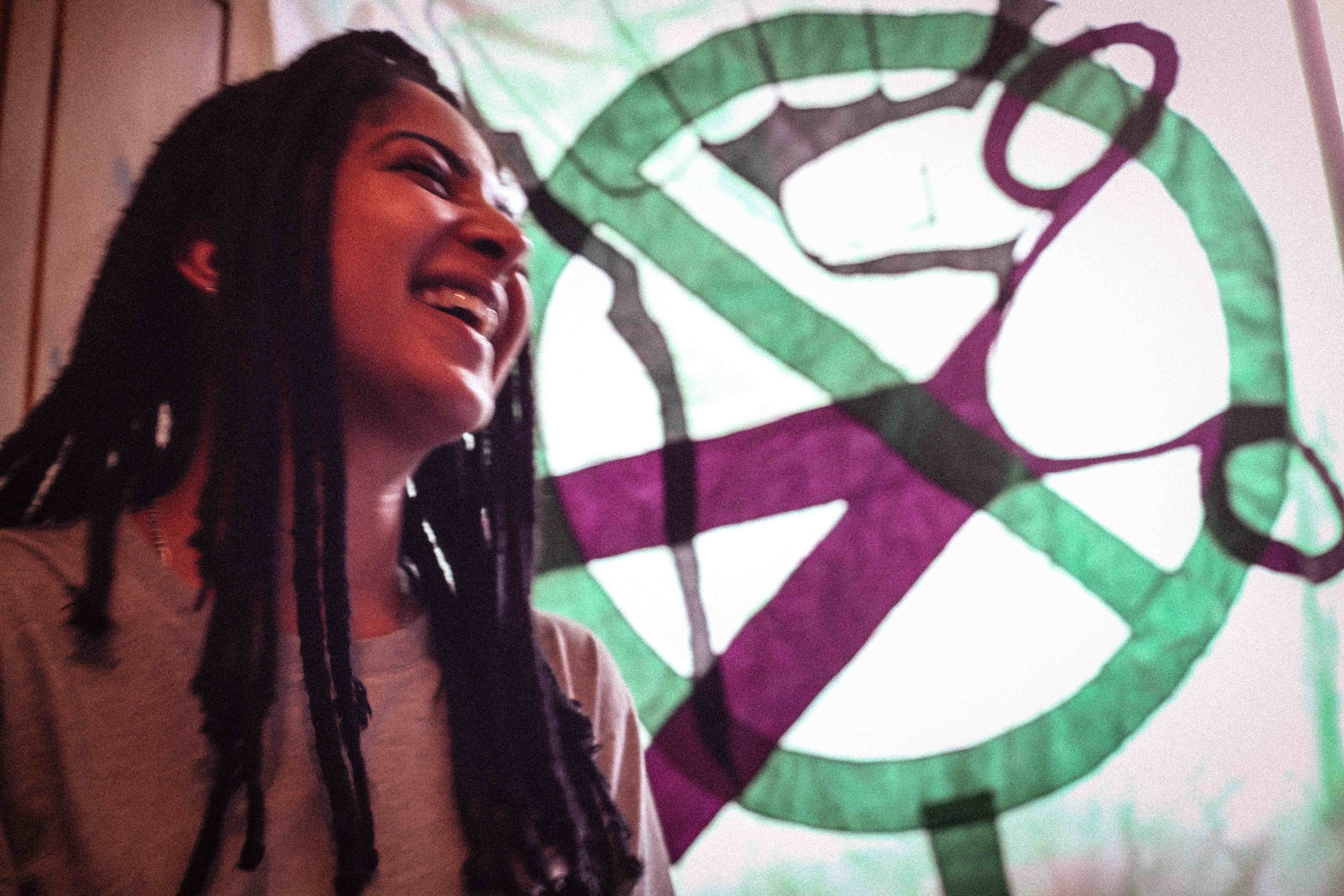 “For us, community and community organising is totally key to our work”, continues Petra. “We want to build more of a mass movement. It doesn’t have to look like what we are used to it looking like either.”

Despite most of them having full time jobs, these women have given up their emotional and physical labour to educate, support and do the frontline work that our Government and councils should be doing themselves.

They have been in occupation since Saturday 9 July 2016, and do not plan to leave until their demands are met. They have four key demands; firstly, they want to fill all of the 1047 empty council houses. Secondly, that hostels should not be used for survivors of domestic violence. Thirdly, another house should not be lost to regeneration as currently 915 are due to lost. And, lastly, the council should refuse to implement the Housing Act.

We’ve see documents that suggest otherwise, but Hackney Council argues they only have 384 ‘empty homes’ at present. Councillor Philip Glanville, Deputy Mayor and Cabinet Member for Housing, told Huck that the Council takes their “duty to victims of domestic violence extremely seriously, and do everything [they] can to make sure they get the right support and appropriate accommodation.”

“I look forward to meeting campaigners to discuss their concerns and how together we can press the Government for better help and funding in tackling the housing crisis,” continued Glanville.

Take it from me, the Council should be listening.

Linkedin
RELATED ARTICLES
OTHER ARTICLES
Last week, Tower Hamlets council removed its nudity-restricting licensing conditions in a huge win for London’s kink community.
A series of photos by the late Jerry Dantzic taken in 1957 show a tender side to the iconic Jazz musician.
As the Criminal Bar Association enters its fifth week of action, criminal barrister Russel Fraser explains why the legal professionals have walked out and how action is likely to escalate.
With the virus now a global health emergency, we must take steps to fight misinformation and demand a swift UK-wide vaccine roll out, writes Phil Samba.
Photographer Bud Glick recounts documenting everyday life in the area, and what it taught him about the Chinese immigrant experience.
The Conservative leadership contest has exposed an obvious truth: whether our next prime minister is a woman, or a British-Asian man, they will continue to fan the flames of division.